COUNTDOWN TO THE AUSSIE ASSAULT ON AUTORAMA

AS DIFFICULT as it may be to imagine, a large portion of the build of Chris Bitmead’s XB coupe, XBOSS – the car with which he’s hoping to win the coveted Ridler Award at next weekend’s Detroit Autorama – was completed in the shed of his Perth home. Admittedly, Chris had a few people working on it full time for a number of years to help him; to build the best car possible, you need to surround yourself with the best people for the job. 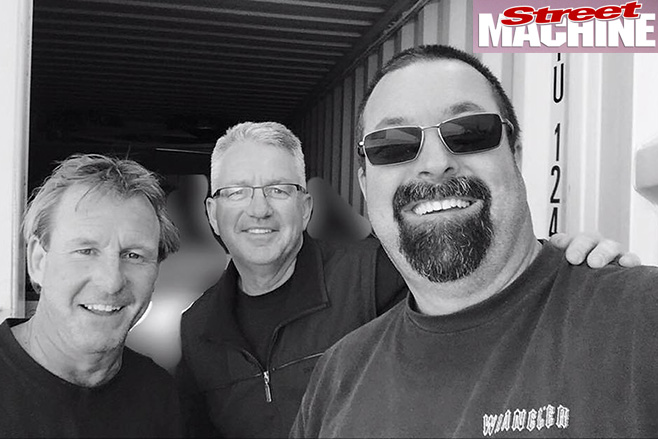 Having already built a top-level hot rod with the help of Travis Sparrow and Mark Allen – he of orange Willys fame - it’s no surprise that Chris again ensured those two blokes were heavily involved with the build of XBOSS. He also called on Gareth Lougher, a very talented fabricator who has only improved his already-impressive skills thanks to the no-compromises attitude that Chris has had to take when it came to every part of this build. 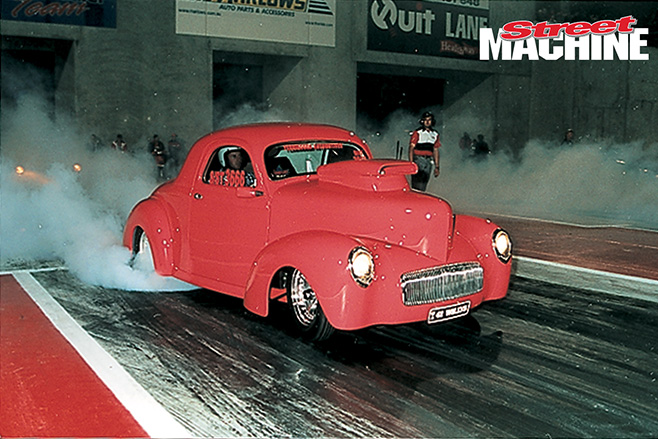 One of Gareth’s tasks was to fabricate the perfectly symmetrical exhaust system, which includes custom-built mufflers and centre-exit exhaust tips. To give you an idea of how fussy you have to be to compete for the Ridler, making a job millimetre-perfect isn’t good enough; you’re measuring stuff with feeler gauges, not a tape measure! When the build first started, John Gilbert performed all of the custom metalwork. Chris chose John based on the work he had done on ‘Mercules’, Bruno Gianoncelli’s ’50 Mercury that was the cover car for the March ’06 issue of SM. In between that initial metalwork and the final paintjob was a hell of a lot of tweaking, shaping, smoothing and sanding. The car was even given a quick black paintjob so that the panel fit and finish could be checked more easily. While it was just a ‘jam job’, most people would have been more than happy to have it as their final paint finish. 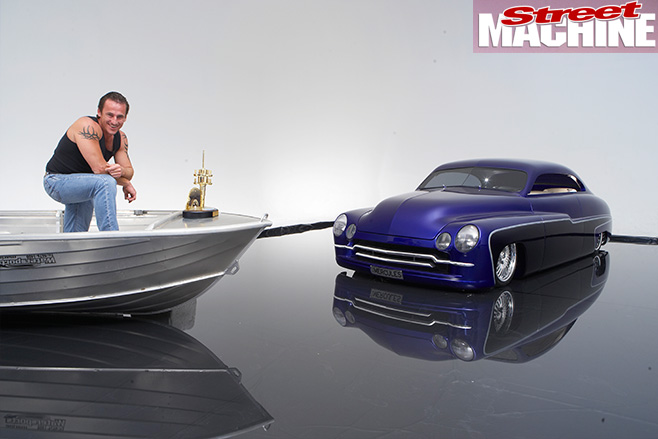 While Chris would have loved to have had the whole car built in WA, he wouldn’t compromise on quality and that meant taking the XB across to Maskell’s Customs & Classics in Shepparton for finishing off. Maskell’s has been instrumental in several of the top elite cars over the past five years or so, including Leisa Chinnock’s PSYCHO XF Falcon coupe (SM, Nov ’11) and Karen Keves’s ‘Mission Impossible’ HQ coupe (SM, Oct ’11). Michael Carter from Mick’s Custom Interiors was tasked to do the trim on XBOSS after his impeccable and creative work on Leisa’s XF. 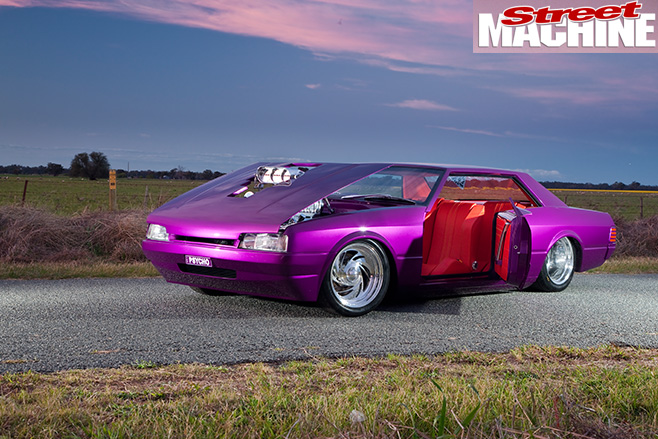 Building a car to compete for the Ridler when you live in Australia is only half the battle – you’ve still got to get it there! Once it does get to the US, you then have to hope like hell as they crack open the container that nothing has gone wrong. Thankfully, Chris reports that the car arrived unscathed, but the container did have a few new dents in it. Let’s not forget, Chris couldn’t just ship the car, he also had to include the display, tools, even spare paint – for that worst-case-scenario situation.

Chris, Mark Allen and Greg Maskell have already been in the US for a couple of weeks doing final preparations for the show. Most of that time so far has been Greg buffing the car, giving the paint as much time as possible to settle before hitting it with the wet-and-dry and polishing wheel. Once he’s done, the massive task of cleaning the car still needs to be completed.

In the meantime, Chris and Mark have been enjoying the snow; there’s some talk of a polar vortex or something, which sounds like fun. I’ve dug out my thermal jocks, socks, beanie and gloves for the trip and can’t wait to get over there and watch this whole saga unfold. Stay tuned. 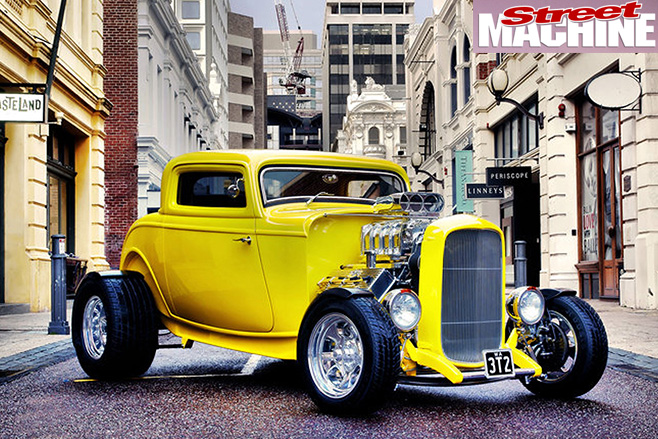 Chris’s award-winning ’32 coupe features a Hemi that looks blown, but is actually hiding a couple of EFI throttlebodies inside the blower case. Travis Sparrow and Mark Allen both had massive input into the coupe and they extended their talents on XBOSS. 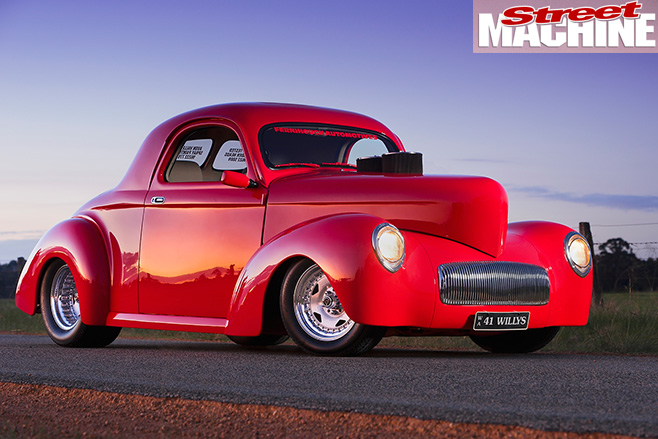 We featured Mark’s ’41 Willys coupe way back in SM, Mar ’02. It sports a tunnel-rammed small-block with a healthy dose of nitrous, so it’s got the herbs to back up the looks. 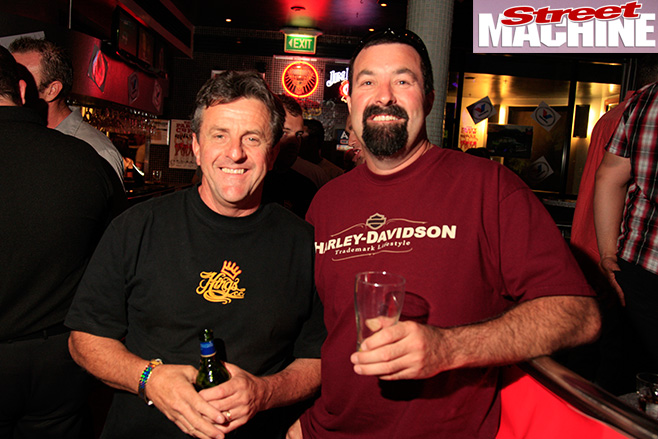 Greg Maskell is no stranger to building cars to the highest level, having transformed Karen Keves’s HQ from ‘Marilyn’ to ‘Mission Impossible’, and Leisa Chinnock’s XF from a four-door sedan to a hardtop coupe. Nothing is impossible for this bloke and the team as Maskell’s Customs & Classics. That’s him on the right, with Peter Fitzpatrick on the left 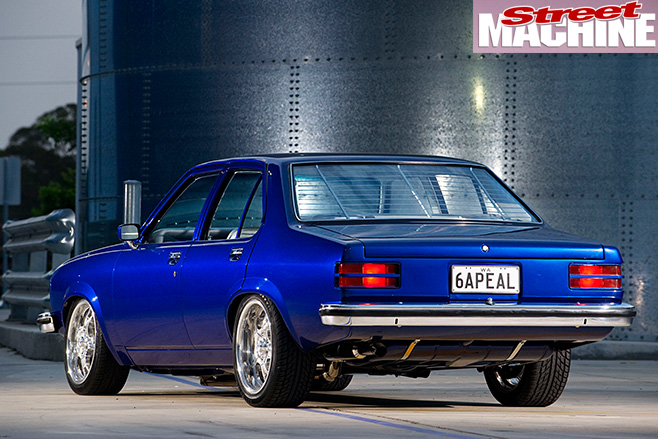 When the blokes working on your car have all had their own rides featured in Street Machine, you’re obviously onto a good thing, although technically it was Gareth’s wife’s car we featured in SM, Apr ’13. Dubbed 6APEAL, the super-sano four-door is detailed to the nines and is one of the few Torries remaining that still runs a six-pot – although not many are as nicely detailed as this one. 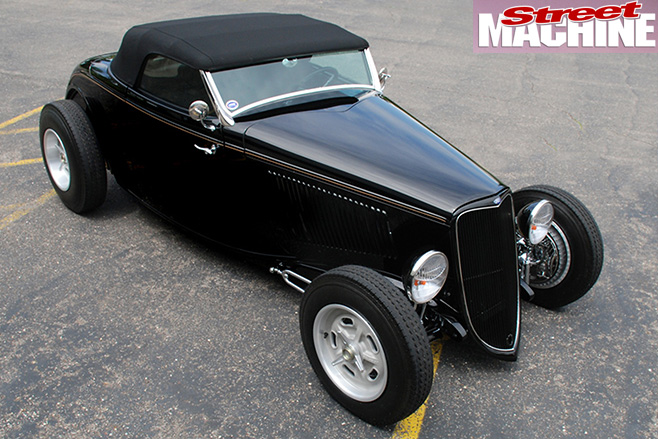 Chris, Mark and Greg have had somewhere to work on the car in the US thanks to the hospitality of the people at American Speed Company in Plymouth, Michigan. ASC makes the gorgeous Speed33 bodies, which look like a roadster but have the added luxury of a fold-away roof and side windows. Check out some of their amazing products and builds at www.americanspeedcompany.com. 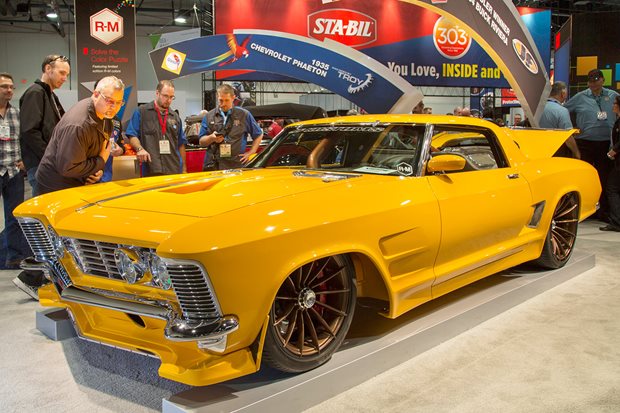 AUSSIE ASSAULT ON THE DETROIT AUTORAMA 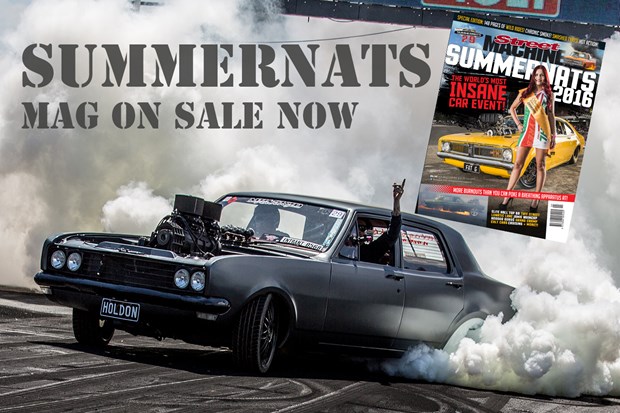 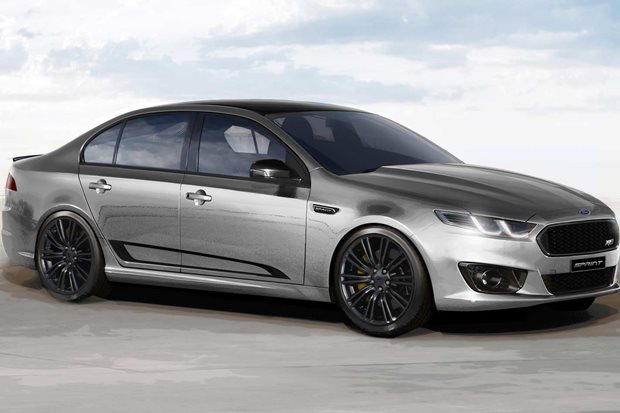