WE knew it was coming sometime this year, but now we know exactly when – the last Australian-built Holden will roll off the line at the Elizabeth plant in South Australia on 20 October. The company says another 30,000 Commodores, Utes and Caprices will be built this year, after which Holden will become an importer of cars, rather than a manufacturer.

The first 48/215 was produced on 29 November 1948, with Prime Minister Ben Chifley officiating. This marked the beginning of Holden as the makers of ‘Australia’s own car’ but the company’s involvement with the auto industry goes back much further than that. According to Norm Darwin’s excellent The History of Holden Since 1917, Holden & Frost of Adelaide produced their first custom-built body to suit a Lancia chassis for a publican in 1914. 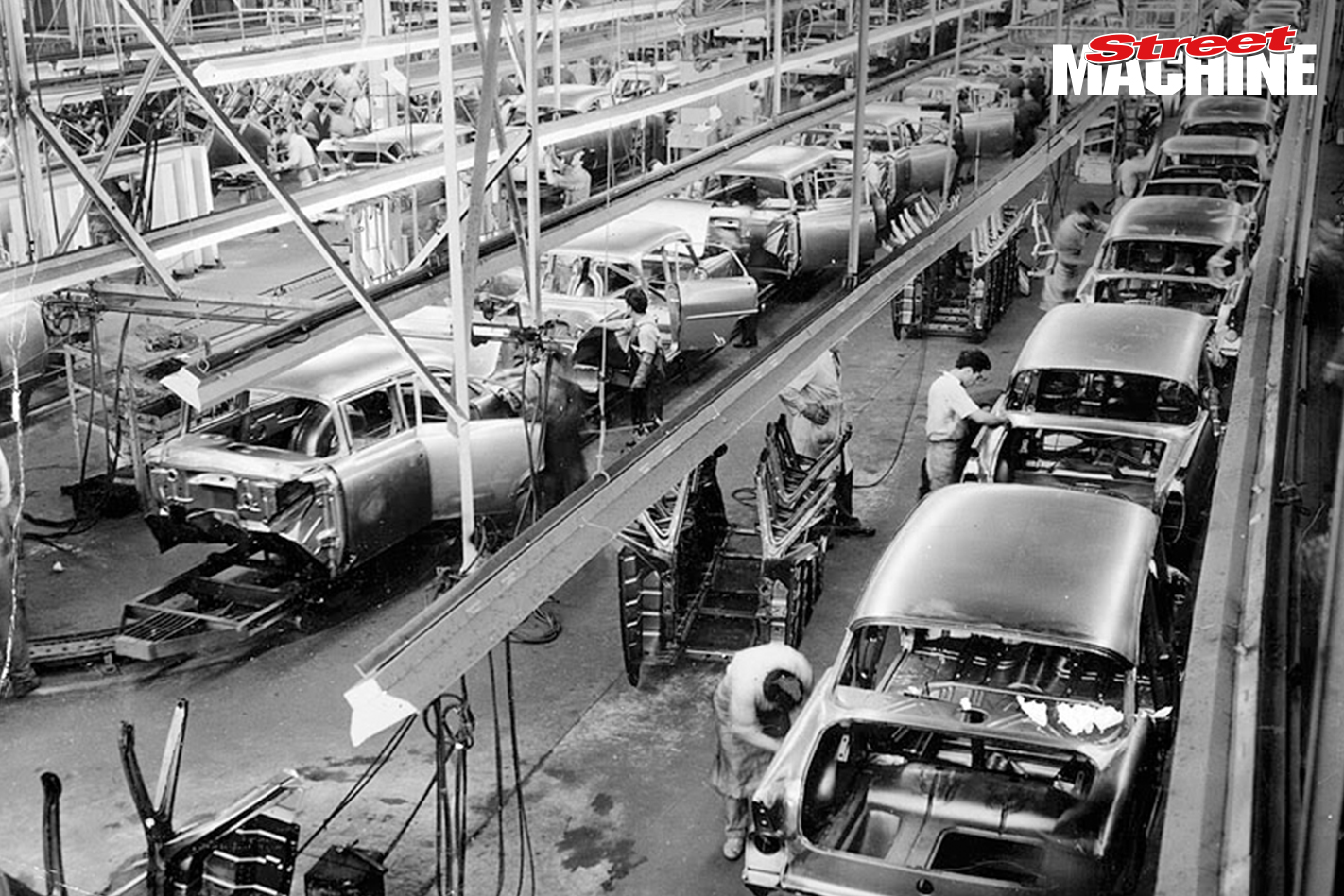 The company was founded by English immigrant James Alexander Holden in 1856, when he established a saddlery business JA Holden & Co in Adelaide. Henry Adolph Frost joined Holden as a junior partner in 1885, creating Holden & Frost Ltd. From there the company diversified into automotive upholstery, sidecar body production and – during the First World War – full-scale production of vehicle bodies. After the war, JA Holden formed Holden’s Motor Body Builders Ltd, also in Adelaide.

Manufacturing car bodies proved to be a lucrative business, with Holden manufacturing bodies to suit chassis from many different manufacturers, including Chevrolet, Oakland, Buick, Hudson, Morris, Fiat, Rover and many more. By 1923, Holden’s Motor Body Builders were producing 17,000 bodies a year. Holden’s links to General Motors in particular were established early and Holden’s Motor Body Builders become the exclusive supplier of car bodies for GM in Australia in 1924. Holden’s also produced bodies for trucks, buses and even tramcars. 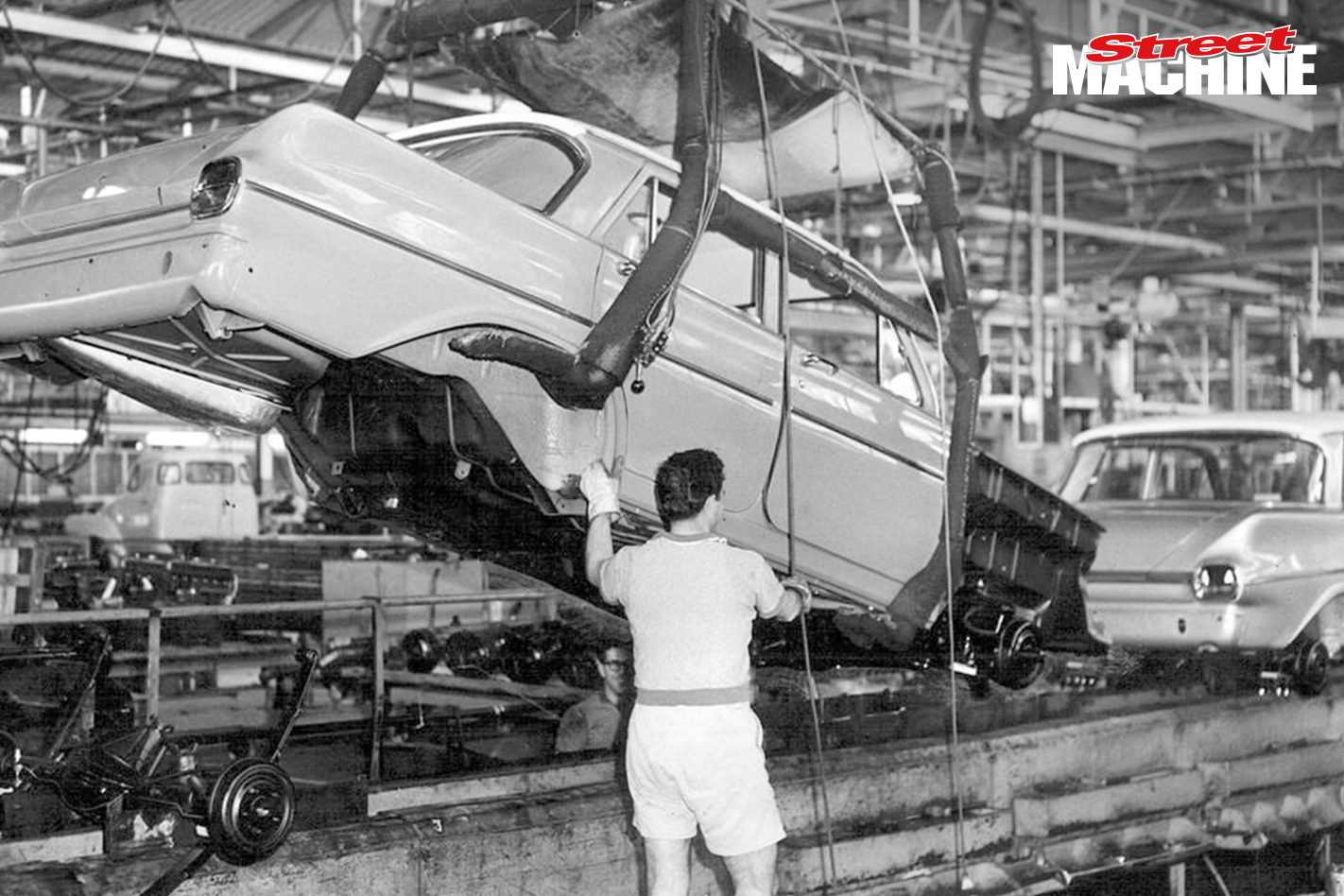 The Great Depression took its toll on Holden’s and in 1931 GM bought HMBB for just over one million pounds, in the process acquiring the largest body shop in the British Empire. HMBB was then merged with General Motors Australia to create General Motors-Holden’s Ltd, or GMH. Long before the 48/215 became a reality, GMH showed signs of independence from the US, producing the Australia-only Chevrolet Coupe Utility in 1934 and from 1935-1940 GHM built unique ‘sloper’ coupes in Chevrolet, Buick, Pontiac and Vauxhall forms.

During World War II, Holden produced trucks, ambulances, armoured cars, aircraft, boats, munitions, engines and much more for the war effort. The history Holden at this time was amazing and there are a lot of stories that need to be remembered from this era, such as the 1200hp Allison aircraft engines that were reconditioned by Holden in Brisbane for the US Air Force  - over 2000 of them!

The story of how the first all-Australian Holden came to be designed and manufactured is also well-worth retelling and we’ll delve into that later in the year. For now, our thoughts are with the staff who will be made redundant and the vast supplier network who are going to be hard-hit. Holden will continue to employ around 1000 people, including 300 designers and engineers who will help create new cars for GM around the world. The Lang Lang Proving Grounds will also stay operational.

On a personal note, while I’m very grateful that at least some of the talent and knowledge that has been built up within Holden will continue to be put to good use, I’m immensely sad that after 100 years involvement with the auto industry, that GM, our governments and our unions couldn’t come together to see that tradition continue. The auto industry is in the midst of a revolution, with alternative energy vehicles, driverless vehicles and many more changes on the very near horizon. It seems crazy that Holden – as well as Ford and Toyota in Australia – couldn’t have played a bigger role in that future.