The August 2016 issue of Street Machine magazine is on sale now!

The August 2016 issue of Street Machine magazine is on sale now, packed with awesome feature cars and event coverage from around Australia and abroad! 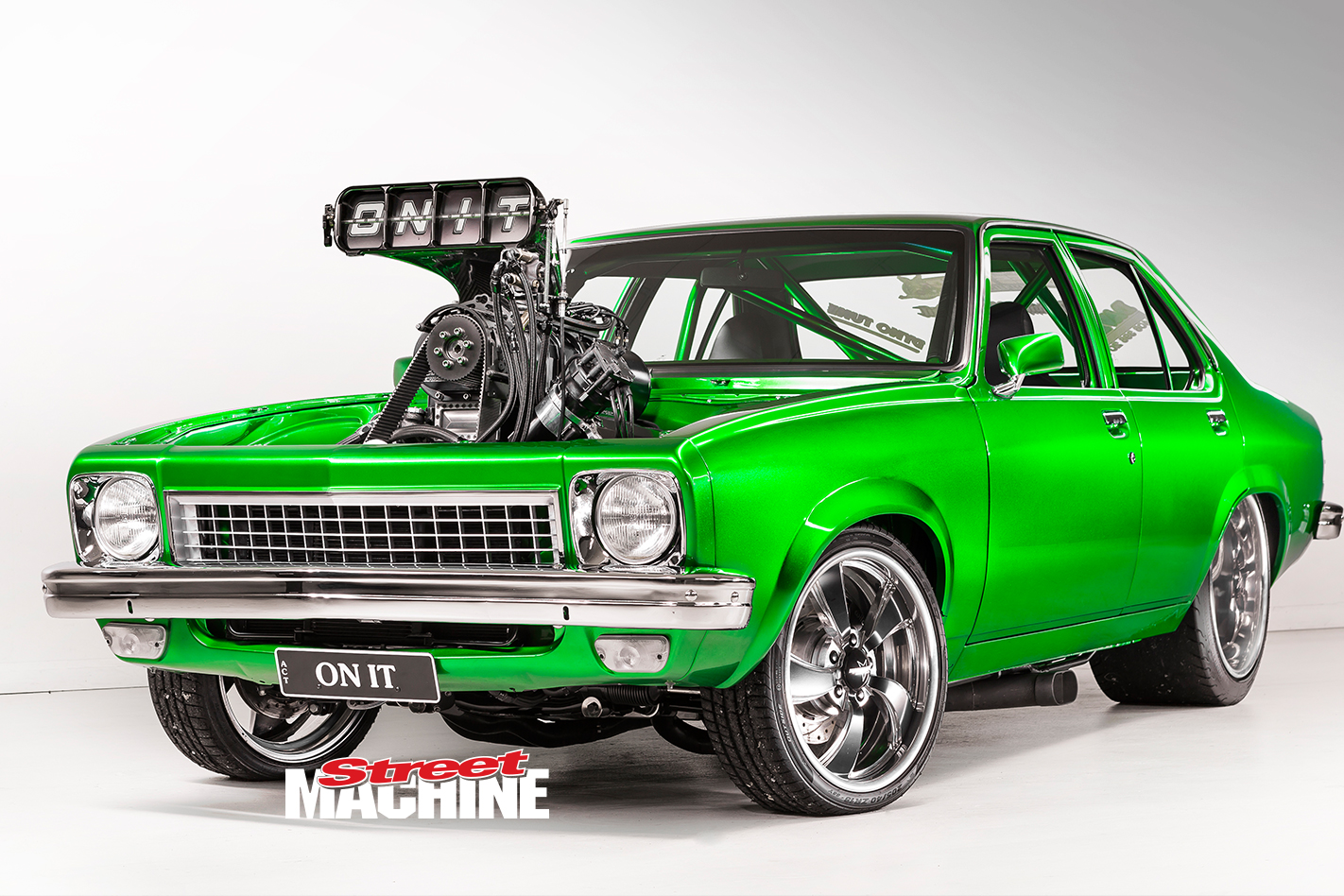 On the cover of this month’s mag is Mark Siracusa and Matt Cowan’s jack of all trades LH Torana. It’s rocking a wild 511-cube big-block with a 14/71 blower and makes close to 2000hp. Despite being built for burnout and drag strip action, the build quality is up at elite show car levels.  Guess the boys don’t watch much TV. 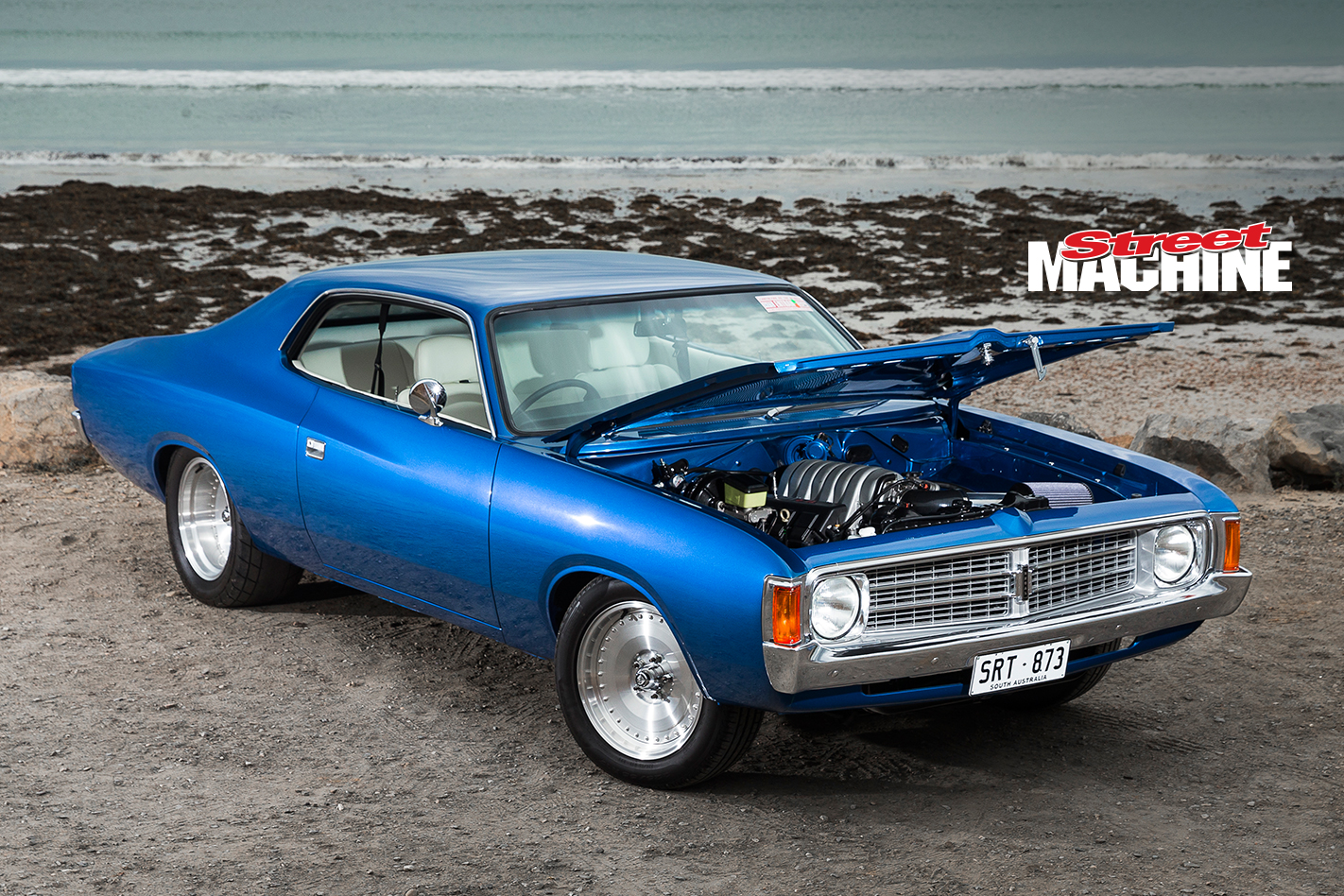 George Poulson’s VJ Valiant Regal Hardtop mixes tasteful body mods with curves in all the right places and a modern late-model Hemi V8 and auto. Built at home by George, the attention to detail that’s been lavished over this car is insane. 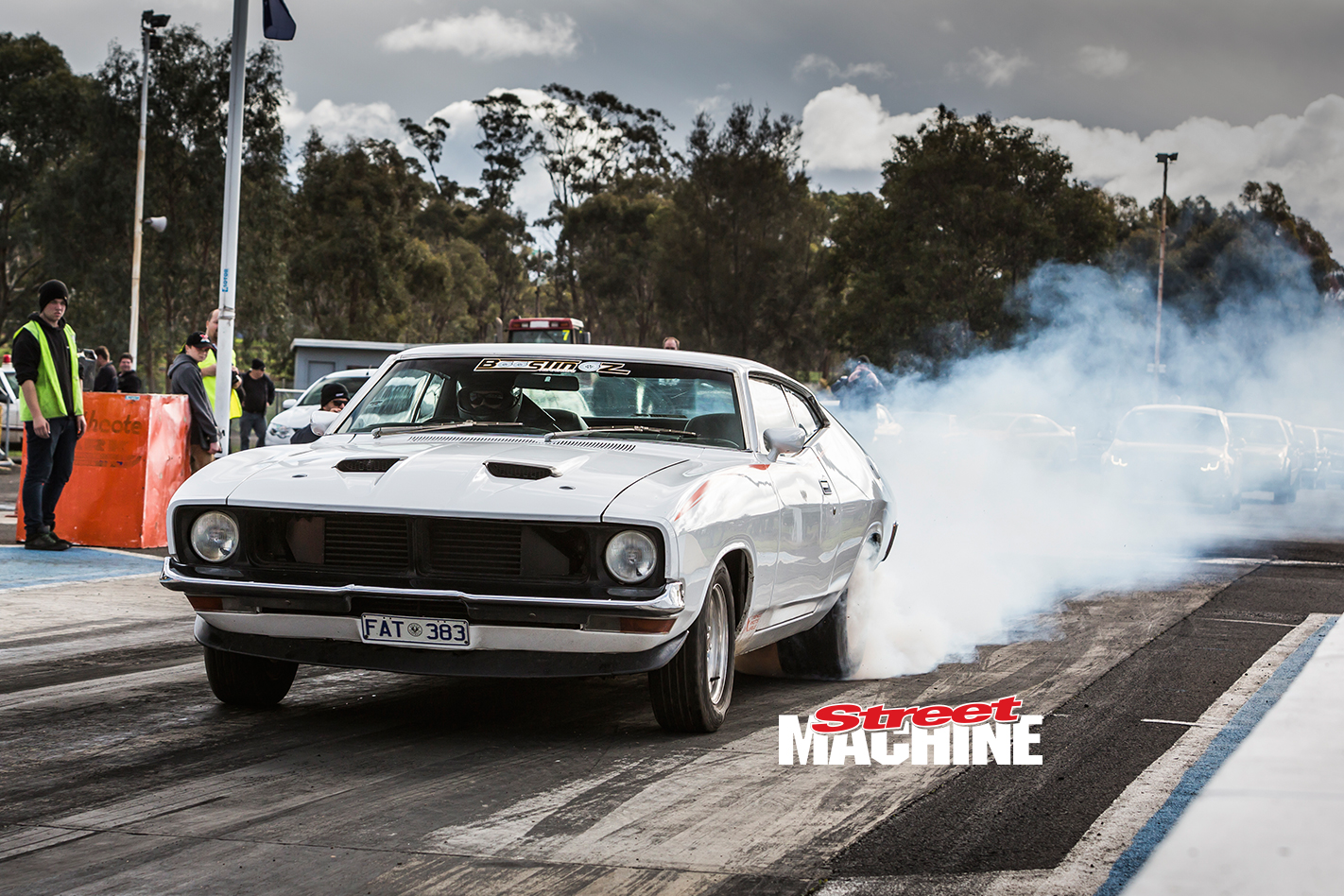 In this issue we head to Heathcote Park Raceway for the Ford Forum Nationals. With everything from late-model Falcons to gassers, hot rods, dedicated race cars and sleepers, the variety was off the charts! 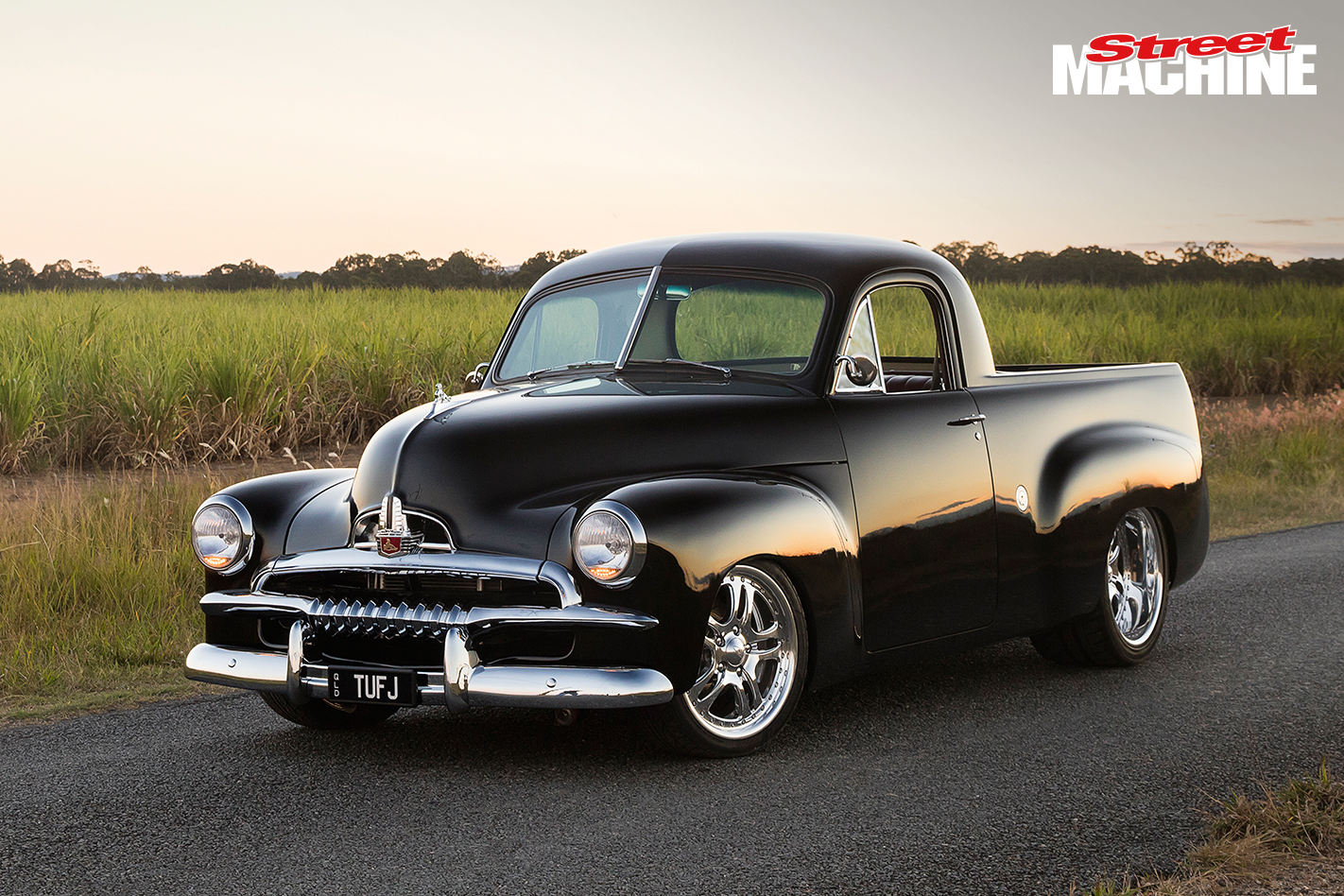 Darren Ryan’s awesome FJ Holden ute started off as an old bomb and is now one slick-looking streeter. It’s packing a Holden motor stroked out to a hefty 396-cubes and a bunch of neat tricks that will surprise and delight you. 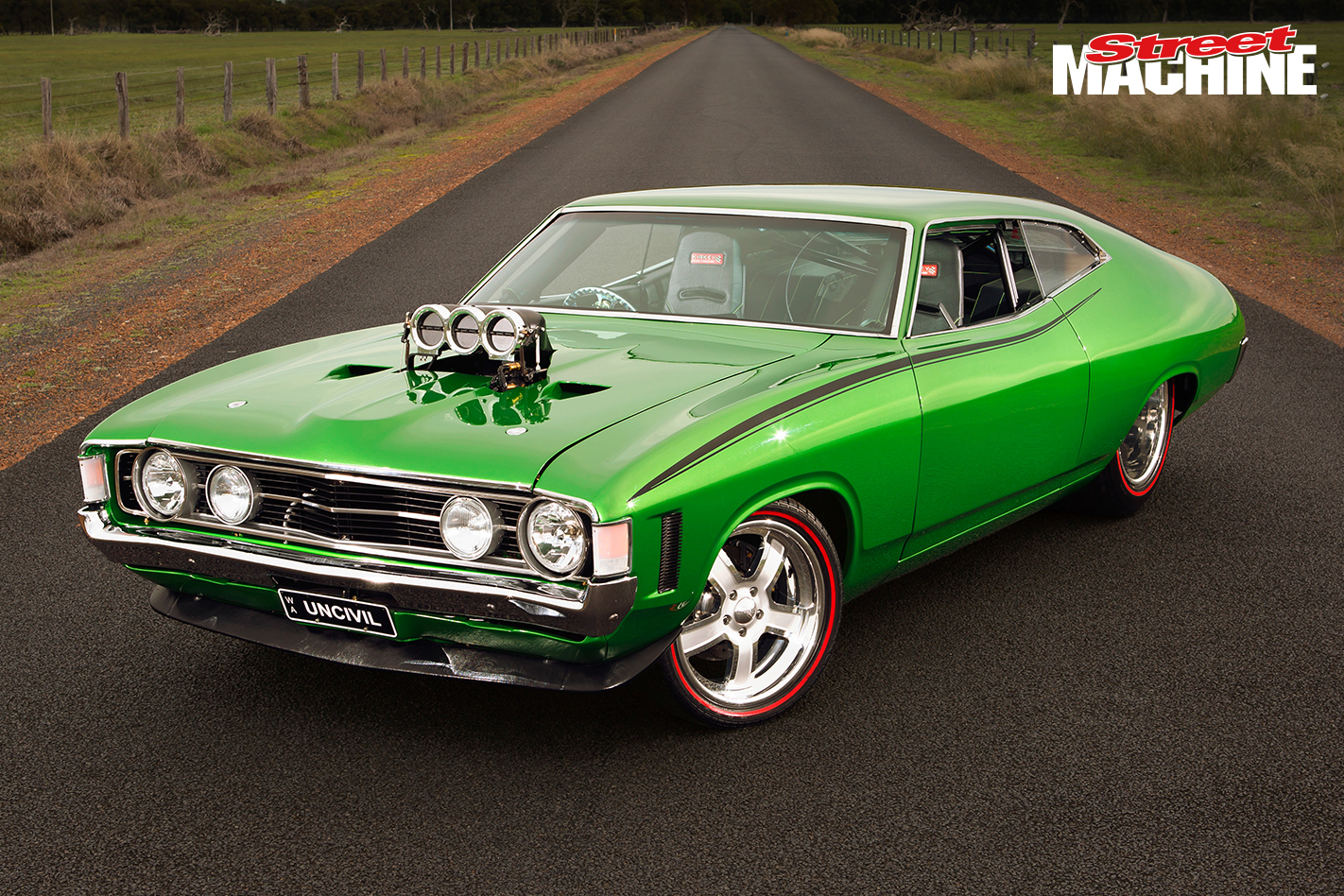 Tim Nelson loves tough Fords, and his latest build, a ’73 XA Falcon coupe, is as tough as they come. Tubbed, caged, and packed with 393-cubes worth of aspirated Cleveland goodness, it’s a 700hp rig built for burnouts. Tim has thought about creature comforts too though, he’s installed cup holders so his mates can enjoy their slushies while cruising at Street Machine Summernats. 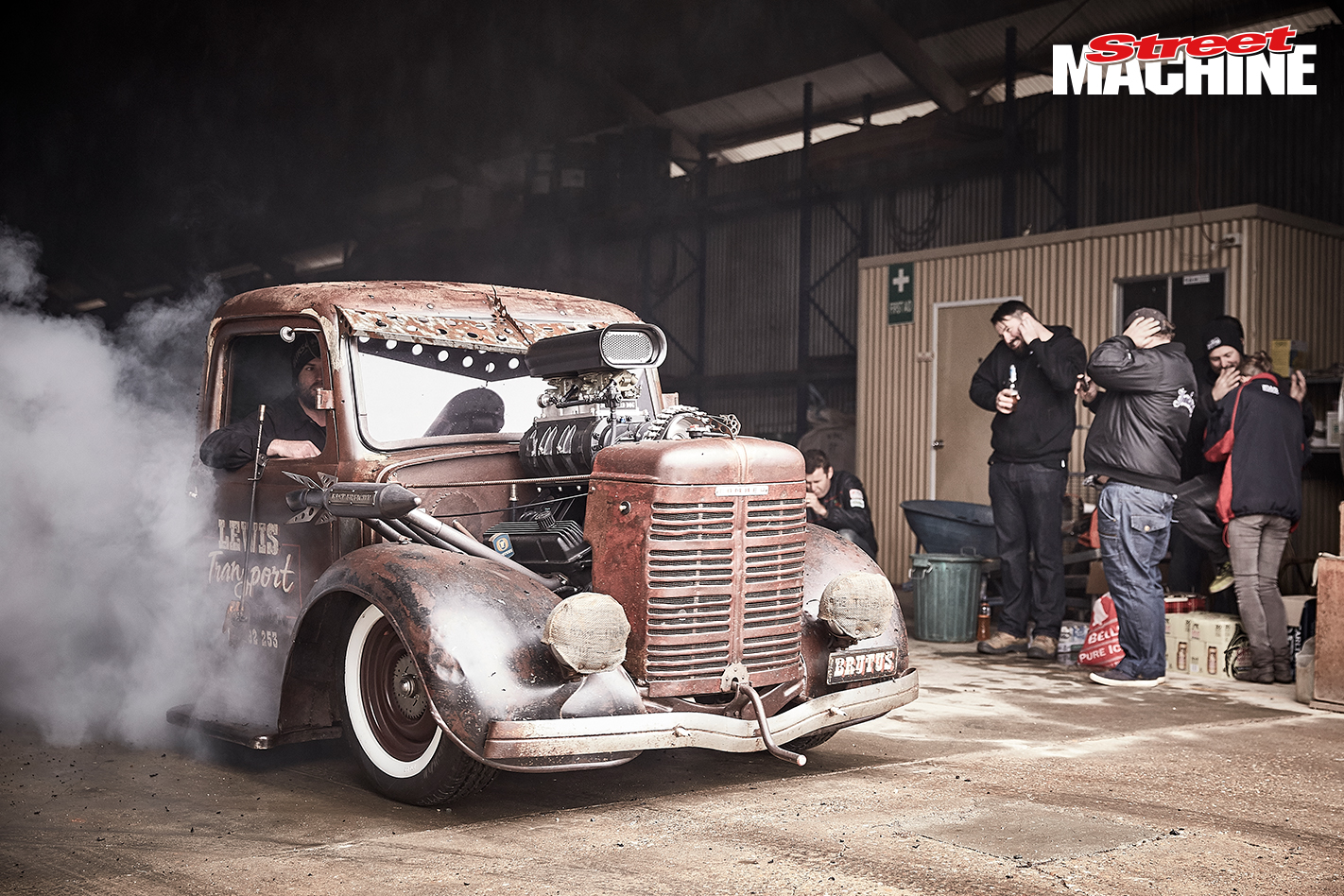 We take a look at the crazy car collection of NSW’s Junkers Car Club. Based in regional NSW, their club motto is ‘Somefink is better than nofink.’ We want in! 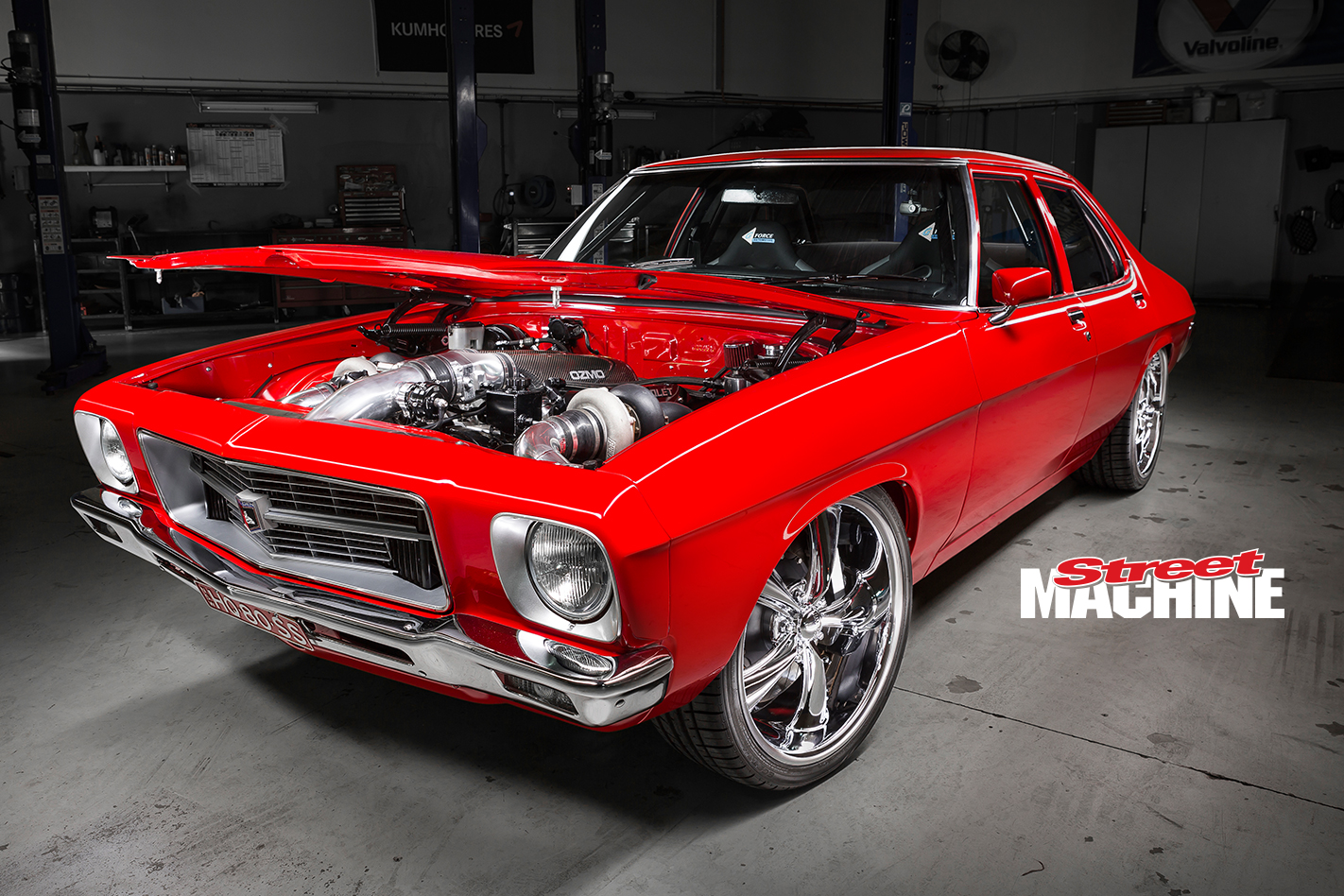 With no reverse cowl or intercooler hanging under the bumper, you’d never guess Greg South’s HQ sedan was a 1000hp twin-turbo LS-powered rocket ship. The engine in this thing has been beautifully detailed too with a carbon fibre intake manifold and the perfect amount of chrome. 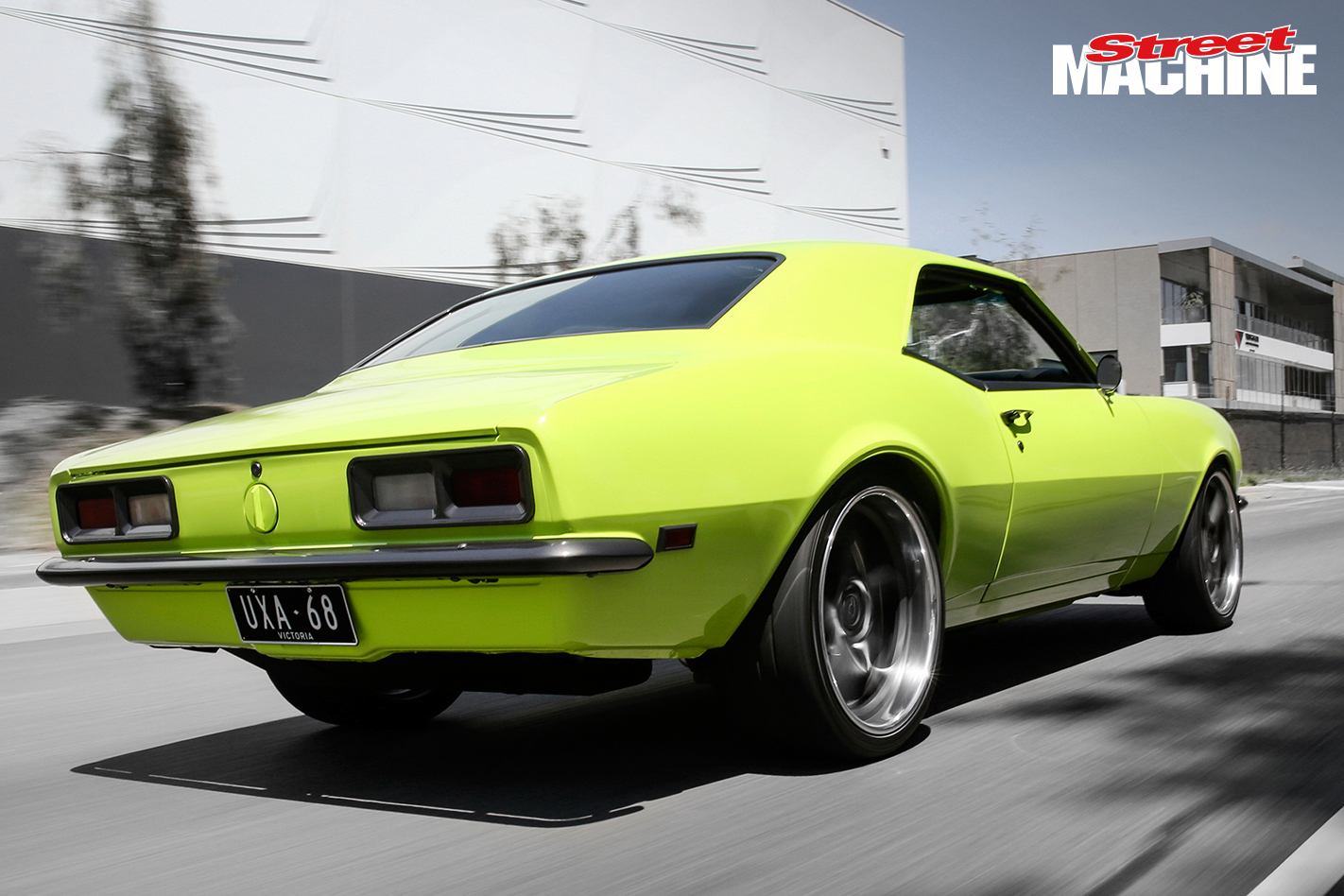 Leandro Parra is a pro Alfa Romeo restorer, so what happens when he tries his hand at a pro touring Camaro build? You get this awesome green machine with all the grunt, stop and steer of a new HSV with the classic look of a Camaro and amazing attention to detail. 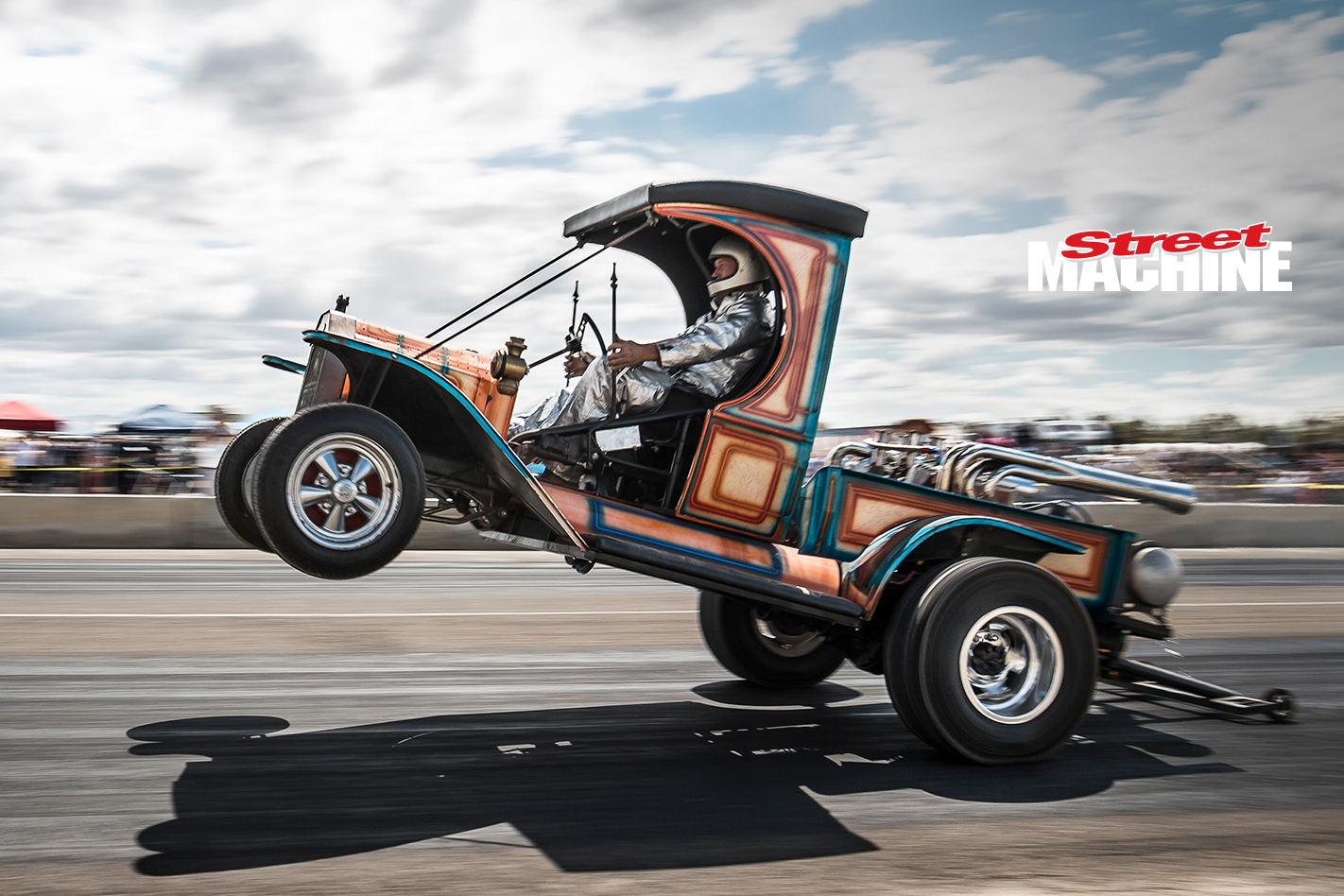 Our man in the USA, Povi Pullinen checks out the Nostalgia drags at Eagle Field airbase for a day of vintage wheels-up racing insanity. 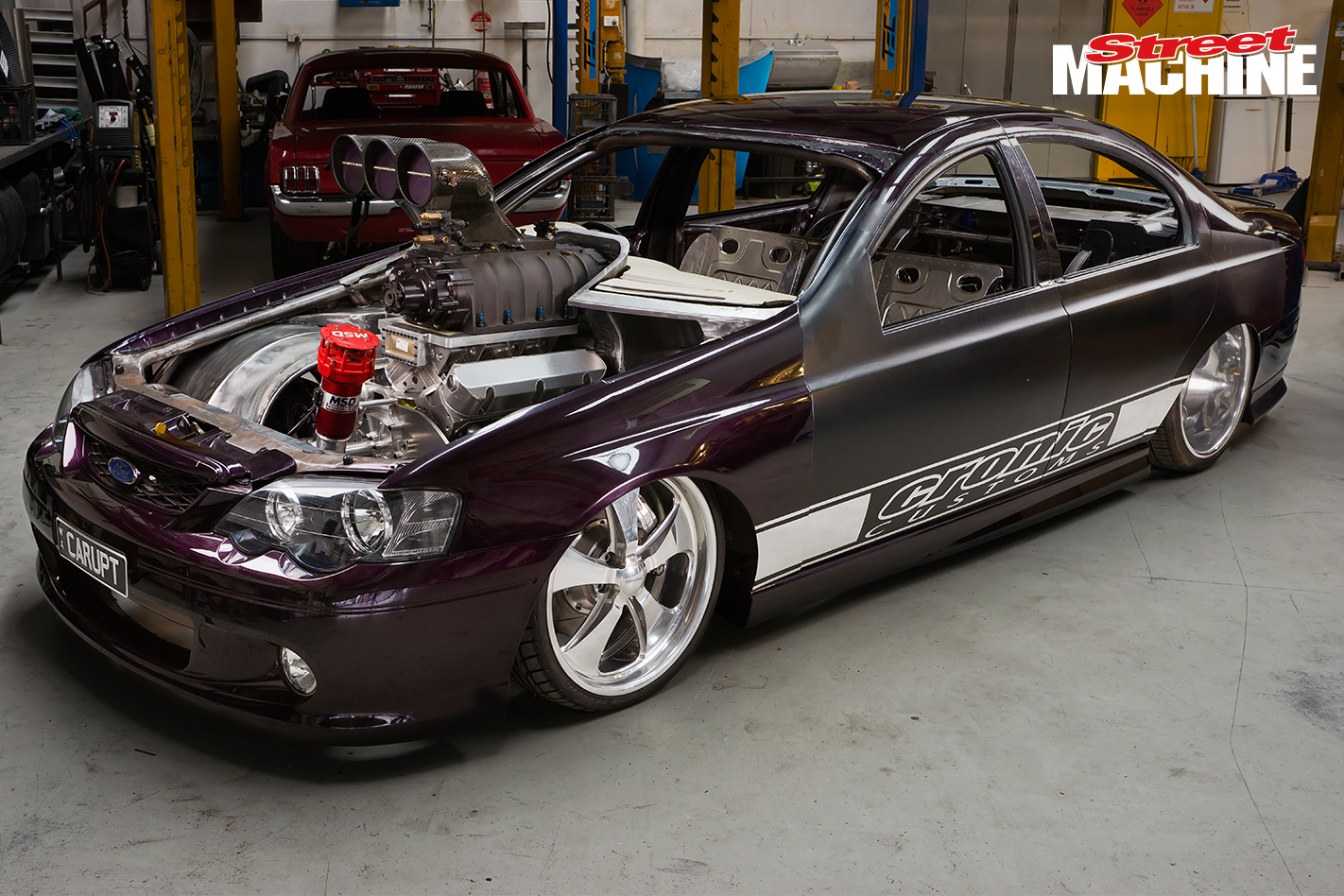 Built to take on corners, car shows and burnout pads, Brent Tanian’s BA XR8 is going to be one serious weapon when it’s complete. At the moment most of the chassis and engine work is complete, the body needs finishing along with a few other things. 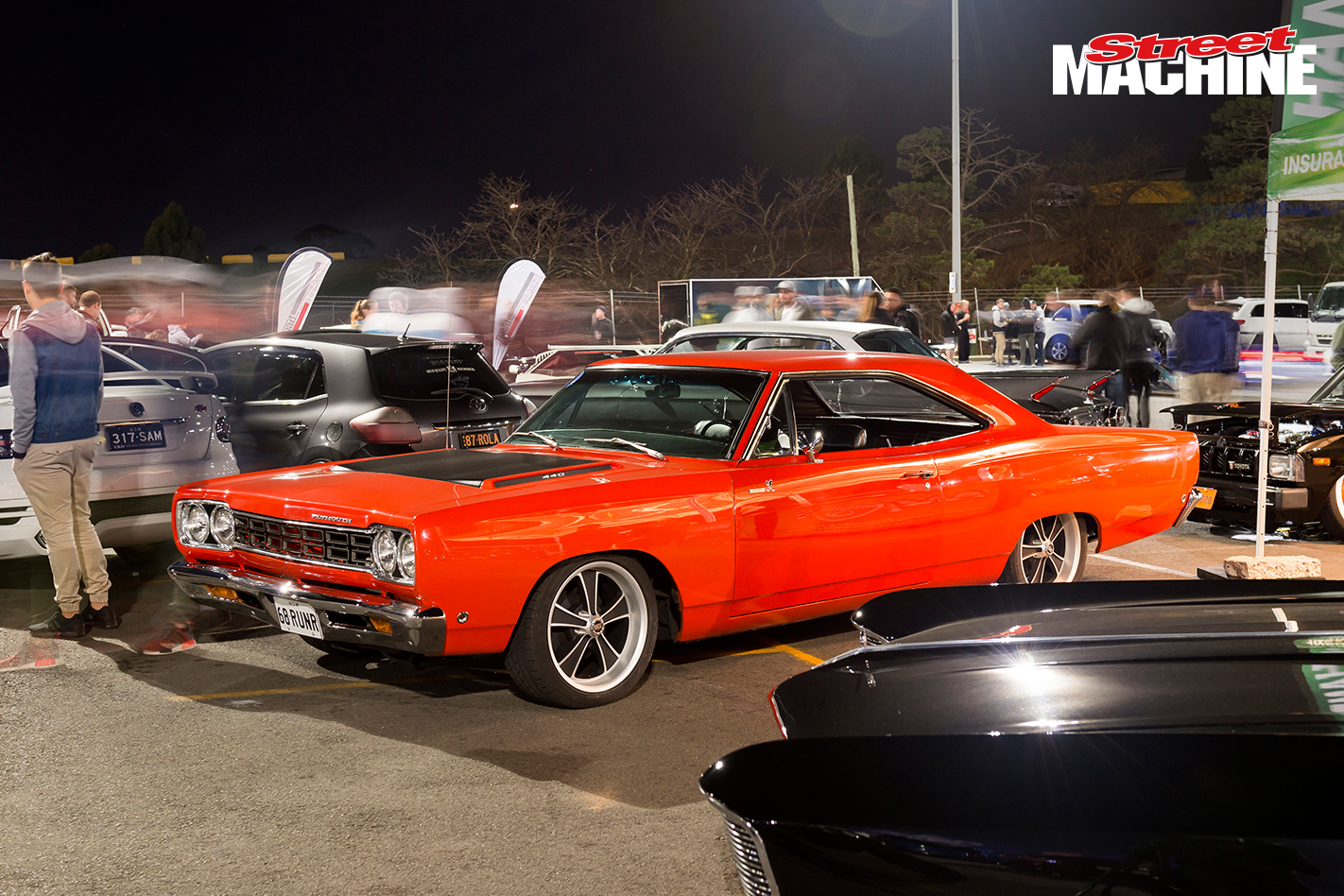 World’s collide as Sydney’s automotive tribes meet at Fitted Friday – a cool outdoor car show with everything from doorslammers, to burnout cars, streeters, lowriders and jap cars. DJs provided a bit of a party atmosphere and it was cool to see so many different car styles in one place. 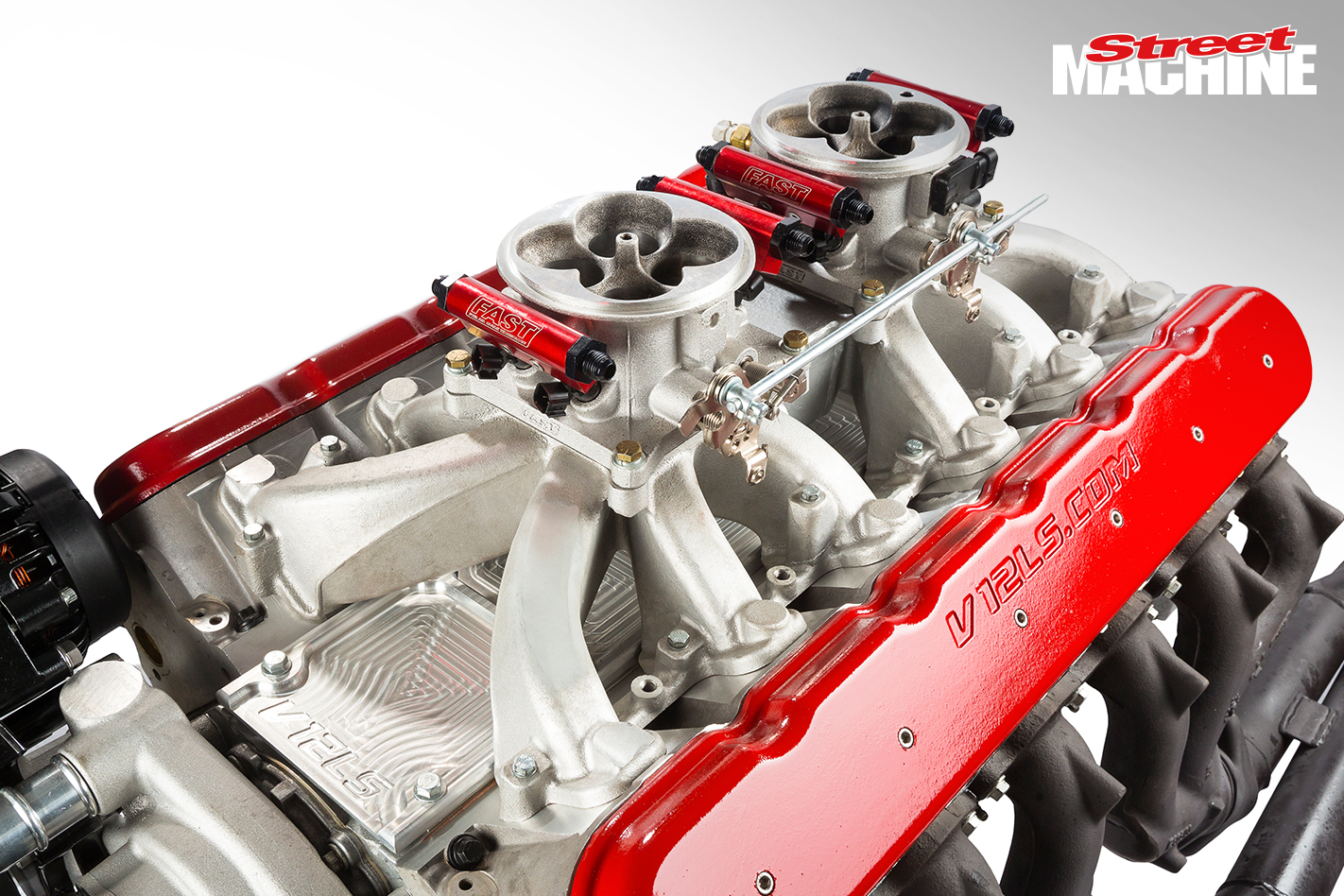 We also dig deep into the cool V12 LS engine build happening in Victoria. The guys sliced up two LS1 engines and welded the blocks together to create a twelve-pot measuring about 8.5-litres or 519-cubes. The motor is being built for a crazy Camaro in America that’ll debut at SEMA. Then the boys will start selling them to anyone else who wants a piece of the V12 LS action. 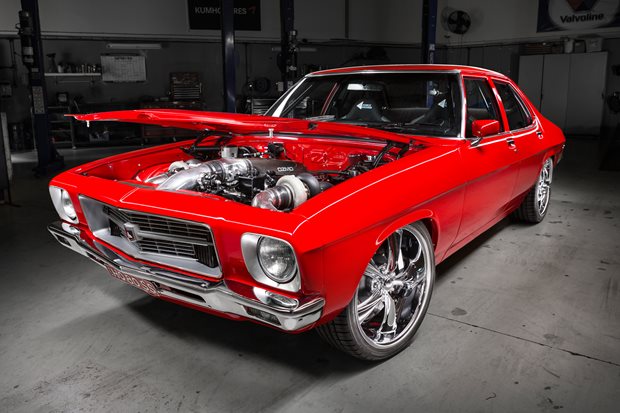