Legendary Aussie drag racer Joe Gatt passed away yesterday and will be missed by many. As a tribute, here’s an excerpt of the story on Joe and his brother Ben that originally appeared in Street Machine Hot Rod 12

IT DOESN’T take a trophy or a hearty round of applause to underline that Joe Gatt was a special bloke. Anyone who has met him, or his younger brother Ben, any time over the past fifty years would know that. They are Australian drag racing royalty.

It was in 1963 that the then 19- and 16-year-old Maltese brothers joined forces with good mates Gordon Davidson and Graham Oliver, and few other car crazy kids from around the Fairfield area in Western Sydney, to form the Gladiators Hot Rod Club. Joe had just bought a ’34 coupe; Ben was shortly to buy a Model A tourer to convert to a bucket.

In October ’64, Joe – with sitting exposed Ben in the dicky seat all the way – drove his ’34 coupe down for the Big Go South, an early attempt at a national drag racing contest, run at Melbourne’s Riverside strip. After that he knew he’d just have to give this drag racing a try.

Back in Fairfield, the boys stripped the ’34, removing the guards, grille (replaced with a ’32 shell), running boards and all surplus parts. When their parents complained about the junk lying about, they took all this vintage tin to the tip, despite it being in as-new condition.

The coupe was never registered, though it saw plenty of street miles, open zoomie exhausts and all, as were a few of their later race cars when pre-event testing was required.

“Back then you could do that sort of thing, there weren’t that many cars around,” claims Ben. “You couldn’t do it today.”

After getting to grips with the sport at the newly-launched strip at Sydney’s Castlereagh, the brothers headed back to Riverside in October 1965 for the first National Drag Racing Championships.

With the coupe kitted out with a 272 Y-block, the brothers towed the car to Melbourne using an a-bar set-up on what was then a 20-hour drive on appalling roads. Joe was keen to race. His coupe had become one of just a few in the nation to run a 14-second time, and he figured he had a good chance to win Hot Rod Eliminator. However, the trip was so rugged that the front cycle guards and headlights were shaken off along the way. By the time they arrived it was no longer eligible for the bracket and they copped a protest from local racer Hans Klemme.

The coupe was slotted into Competition Eliminator, where it knocked heads with a ’32 roadster piloted by legendary drag racer John English, a Plymouth Ramcharger driven by Geoff Laver, and the tough new Fiat Topolino of Sydney spray painter Bob Dunn.

Despite being knocked out by English’s roadster in the quarter finals of eliminations, Joe still has great memories of the event, notably lining up against English and beating hot shot local Graham Ratcliff’s Customline with a big holeshot. The roar of the 10,000-strong crowd and the hype of big-time racing had both boys hooked.

Joe began racing a sidevalve-powered dragster tagged ‘Sundowner’, which had been started by chassis builder Gordon Davidson as a project for Ben, but marriage and kids soon took their toll. After a year of fun with it, in 1970 Joe quit driving to crew chief for Ben with what became a stream of race cars, ending with what has become Ben’s signature race car, his XA Falcon two-door. Joe’s personal favourite emerged in mid-90s in the form of their EA Falcon Top Doorslammer, which became the fastest Ford in the world with a 6.67 in 1995.

“Yeah, well, after all the crashes and fires I sometimes think I’ve got to be a dumb shit,” Ben interjects with a laugh. “But I love it!”

Ben’s career highlight came in April 1991, when he drove the XA to a Super Stock win at that year’s Nationals. This was the big one as far as he was concerned, and at the time it was also the biggest moment for Joe, who’d been trying since that 1965 race at Riverside. His walk back from the start line after seeing the win light in Ben’s lane was a moment of triumph, with a wave of well-wishers patting him on the back and tears streaming down his face.

Low points have included Ben taking out 15 metres of Armco fencing at Willowbank when the XA got out of shape at mid-track; surviving a nasty fire in the Capri Funny Car at Adelaide.

“The fire in Adelaide was scary,” says Joe. “We couldn’t see anything from the start line except smoke. I didn’t know he’d jumped out, and Bob Dunn grabbed me and took me down to see what was going on.”

“The car was still rolling when I bailed out,” says Ben. “And they nearly ran me over in the smoke as they came down to try and rescue me.”

In 1986 the boys fitted a blown 360 cube motor to the Capri, but Ben found it too much of a handful when it turned a full 360 while practicing on the Calder back straight. The short 99-inch wheelbase was simply not up to the extra power. The answer was the XA Hardtop, bought from Dave Missingham and debuted in 1988.

“Joe won’t agree with me, but as far as I’m concerned it’s been our most successful race car,” says Ben. “It’s been to every major drag strip in Australia, bar Darwin, plus both North and South Islands in New Zealand, won the Nationals… To me, forget everything else. I reckon I would have done a million passes in that car. I’ve got a drawer full of time cards at home.

Joe and Ben became almost as well known for their Super Flow Heads business. In 1972, after losing his truck driver’s licence, Joe was offered three months of fill-in work with Sydney racer and engineer Bruce Phillips. When he’d served his suspension, Phillips offered Joe the opportunity to buy into the business, and he borrowed the $4000 to take over the head servicing side of P&R Performance. He soon brought Ben in to work, and between them they built a big reputation and enjoyed solid support from all manner of racers.

“It’s been a good life,” Joe sums up. “I would relive every minute of it all over again, just the way it’s been.” 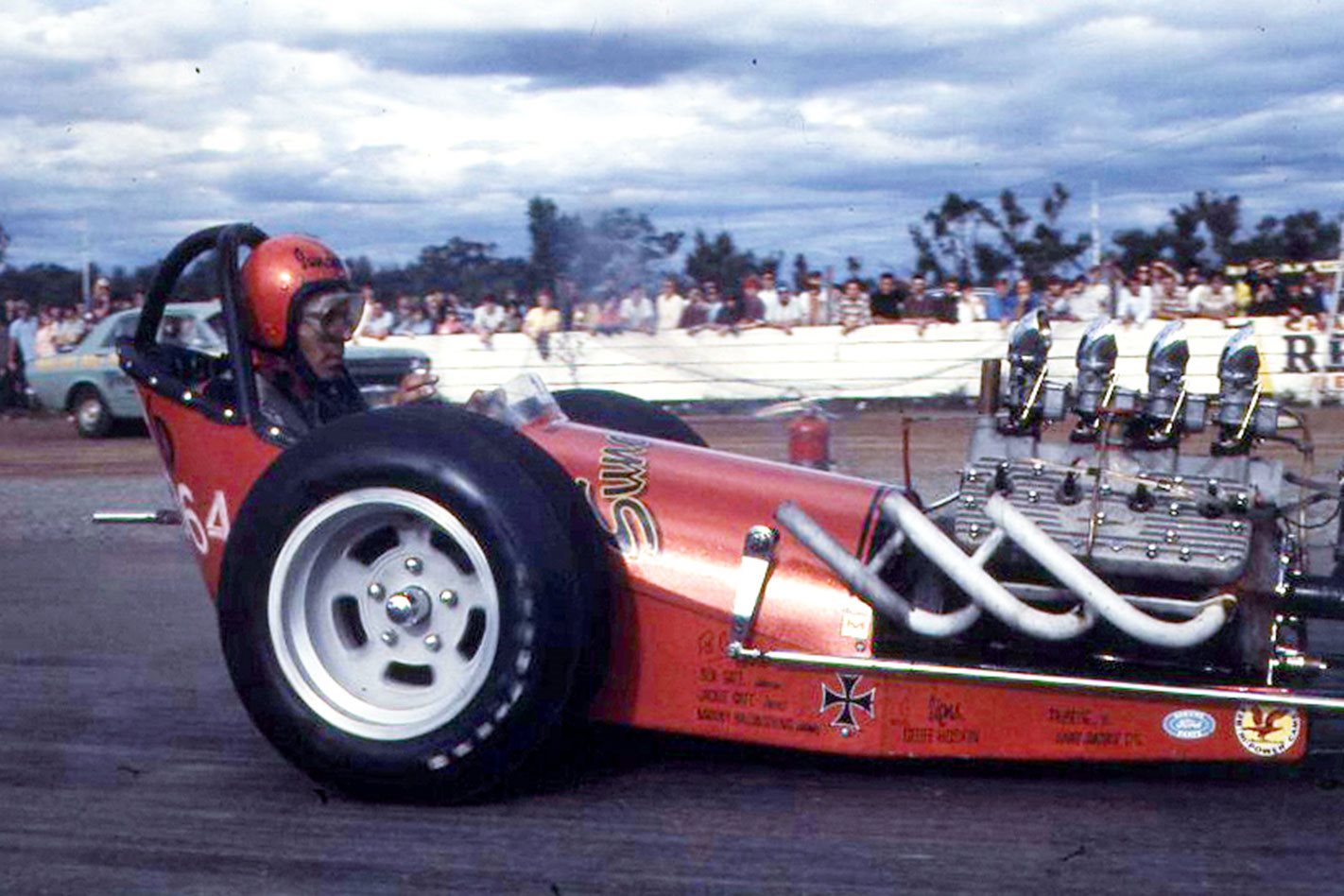 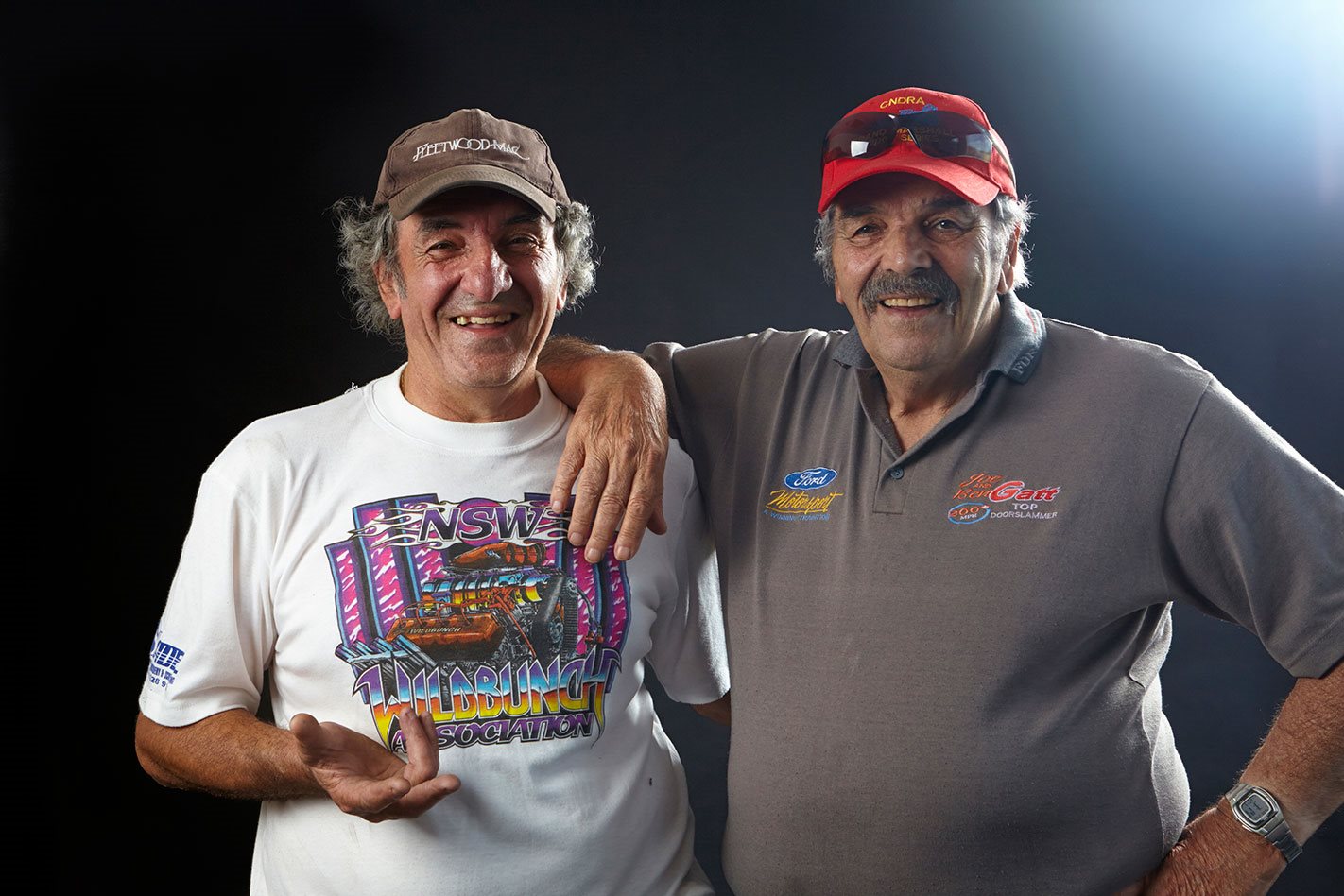 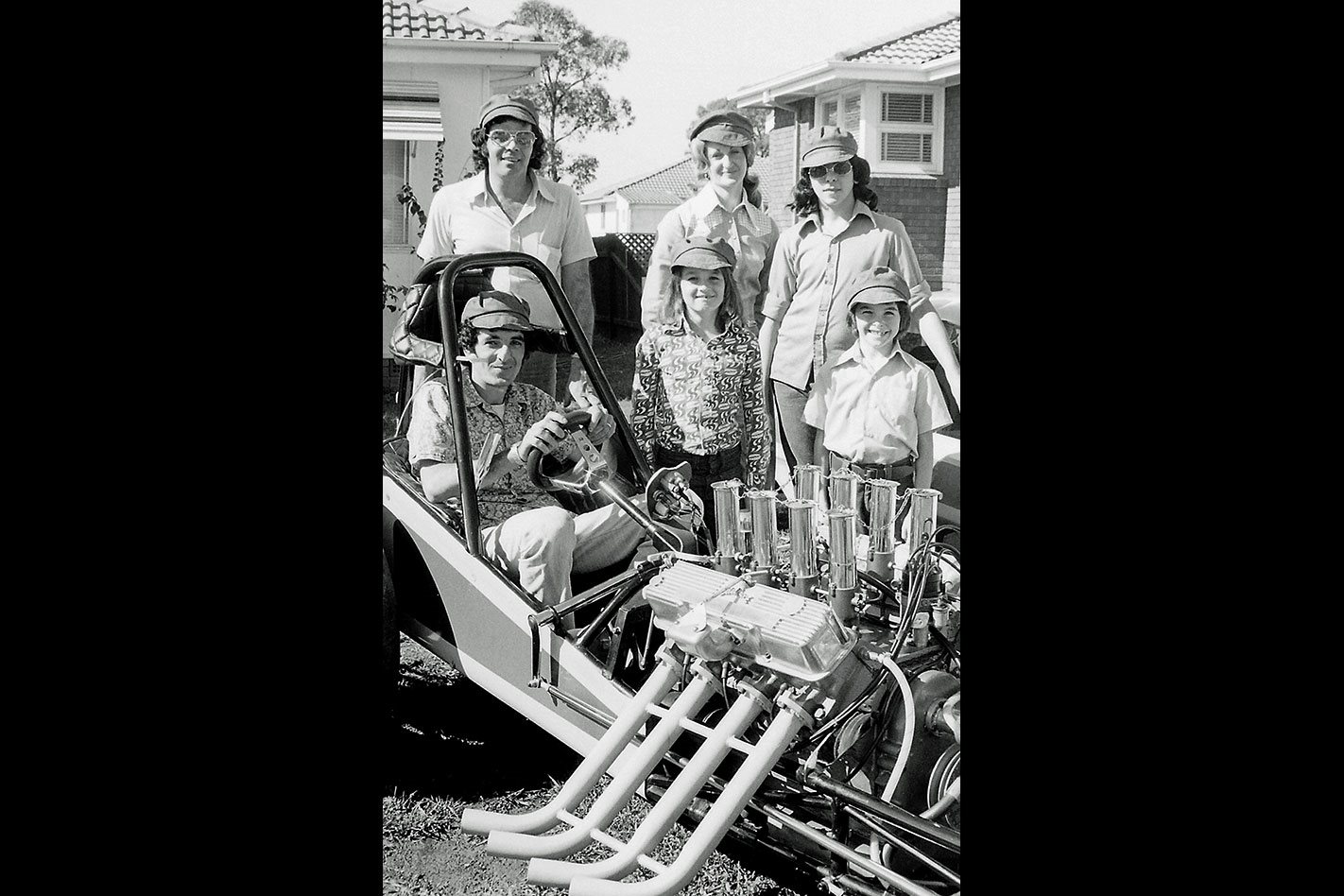 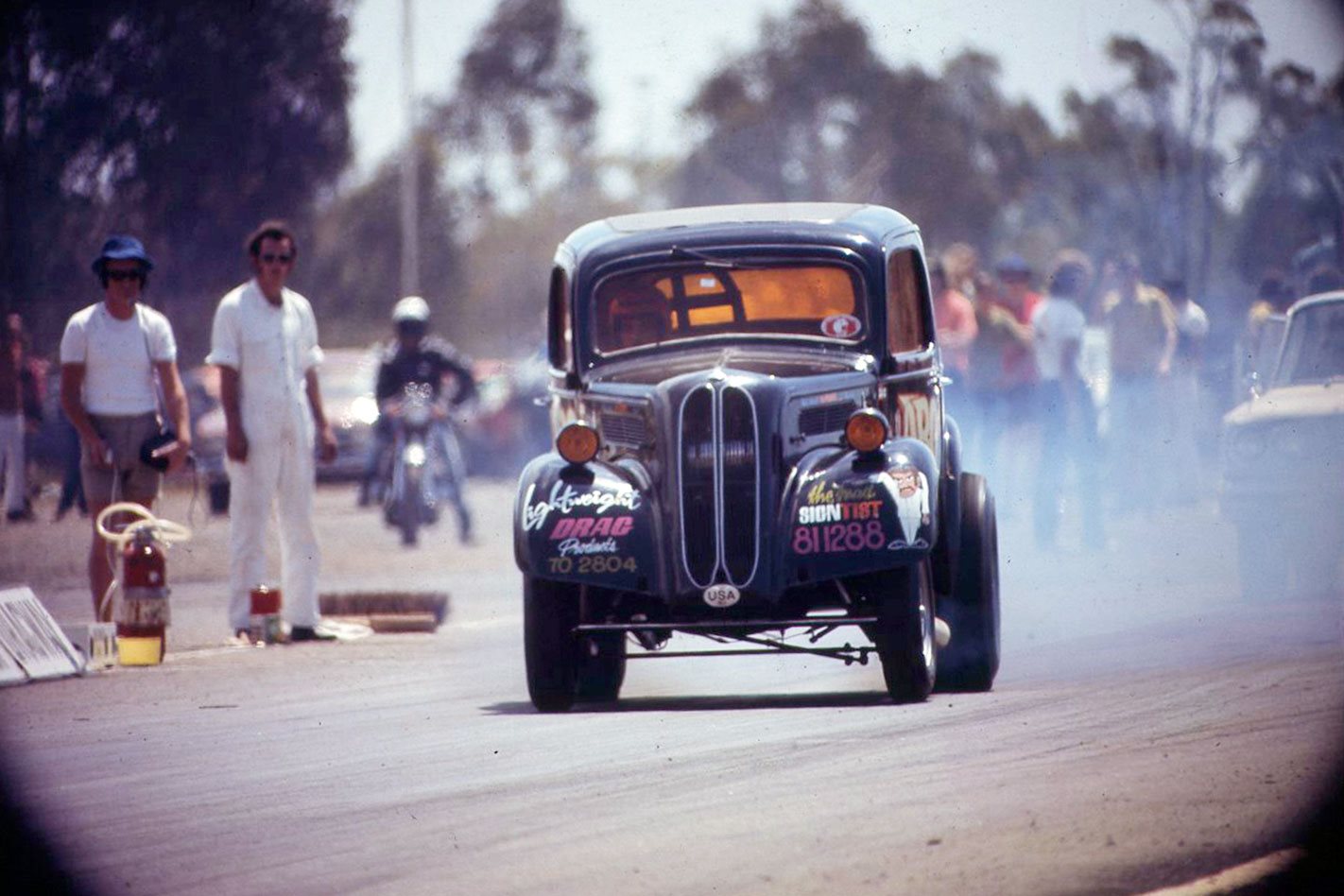 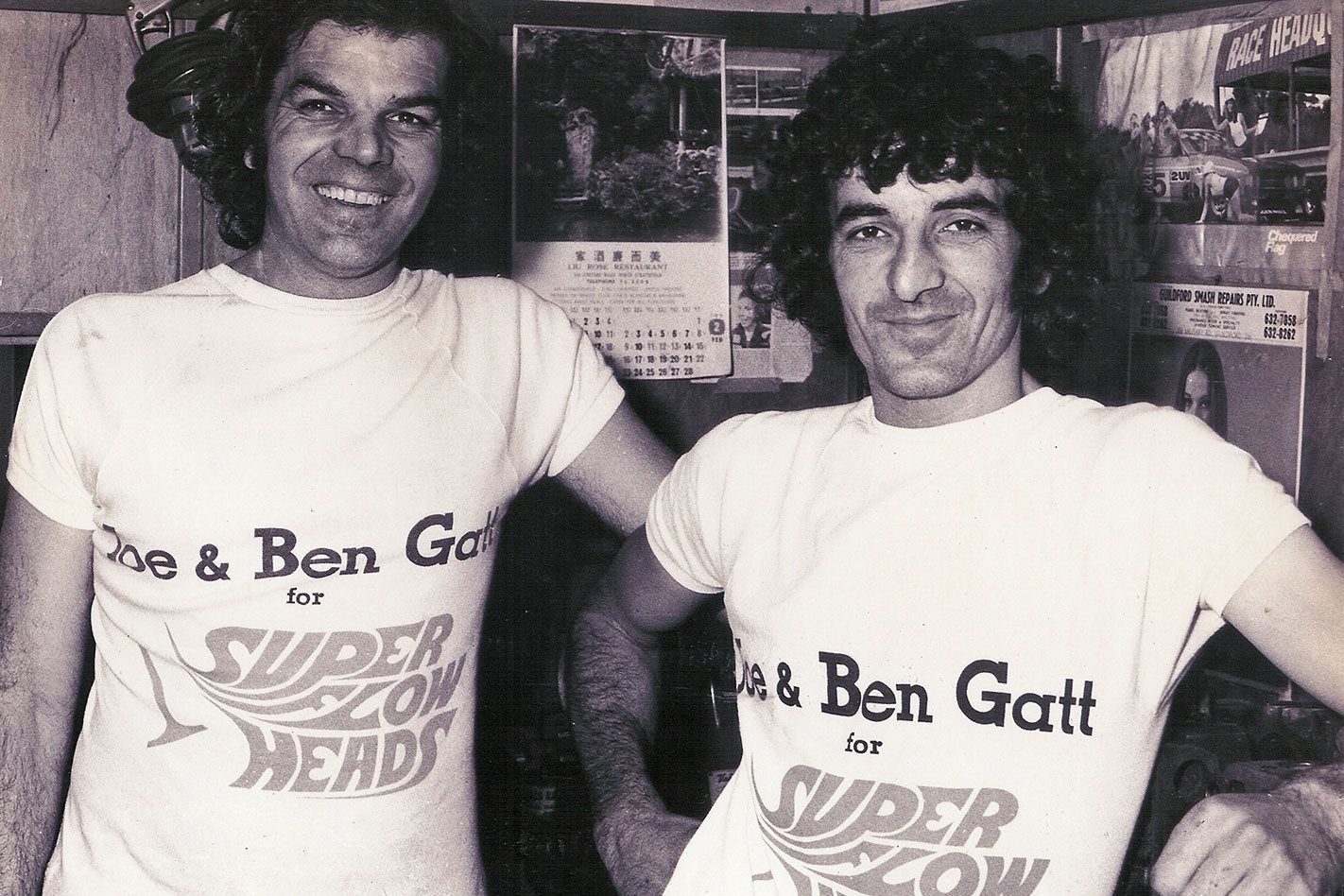 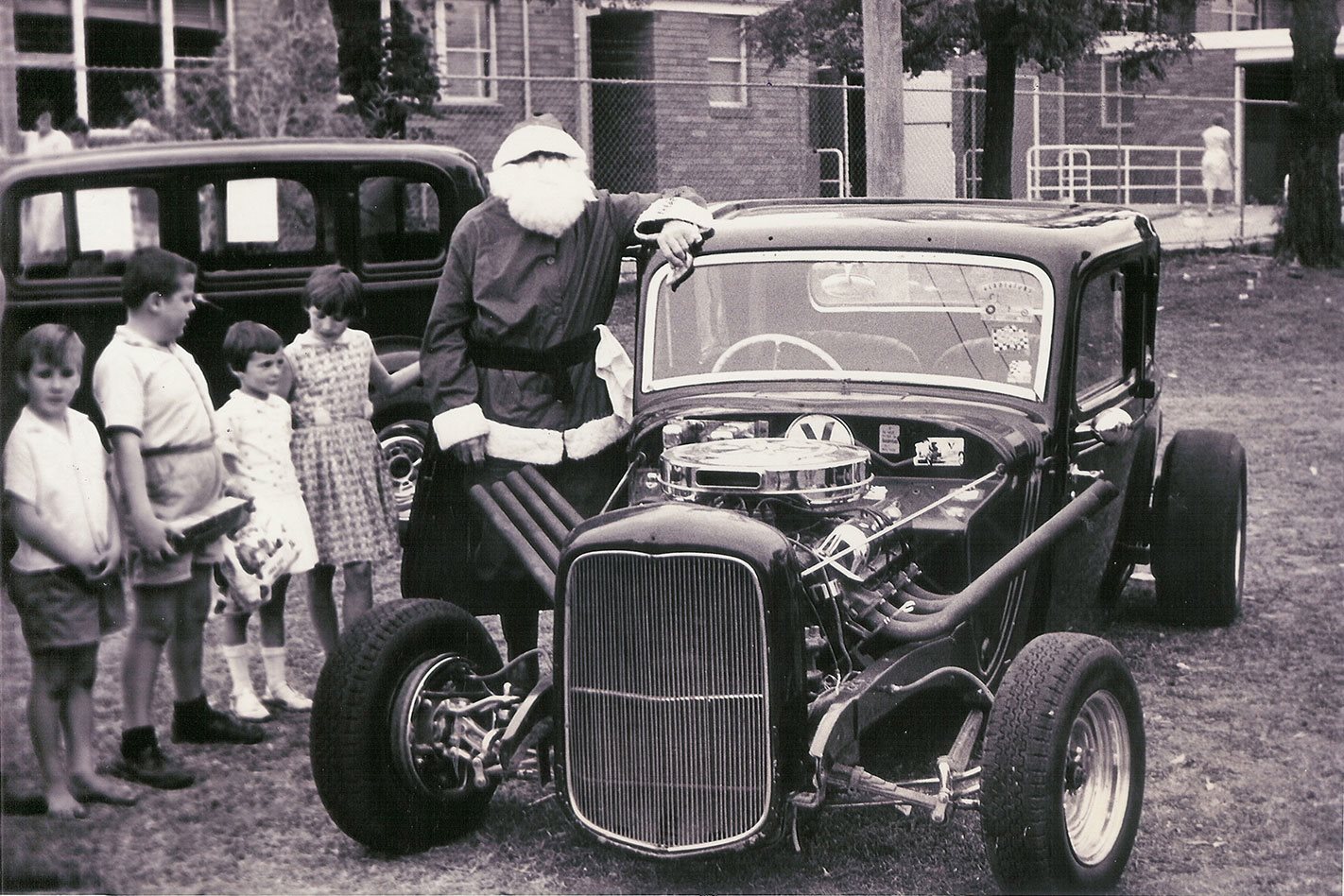 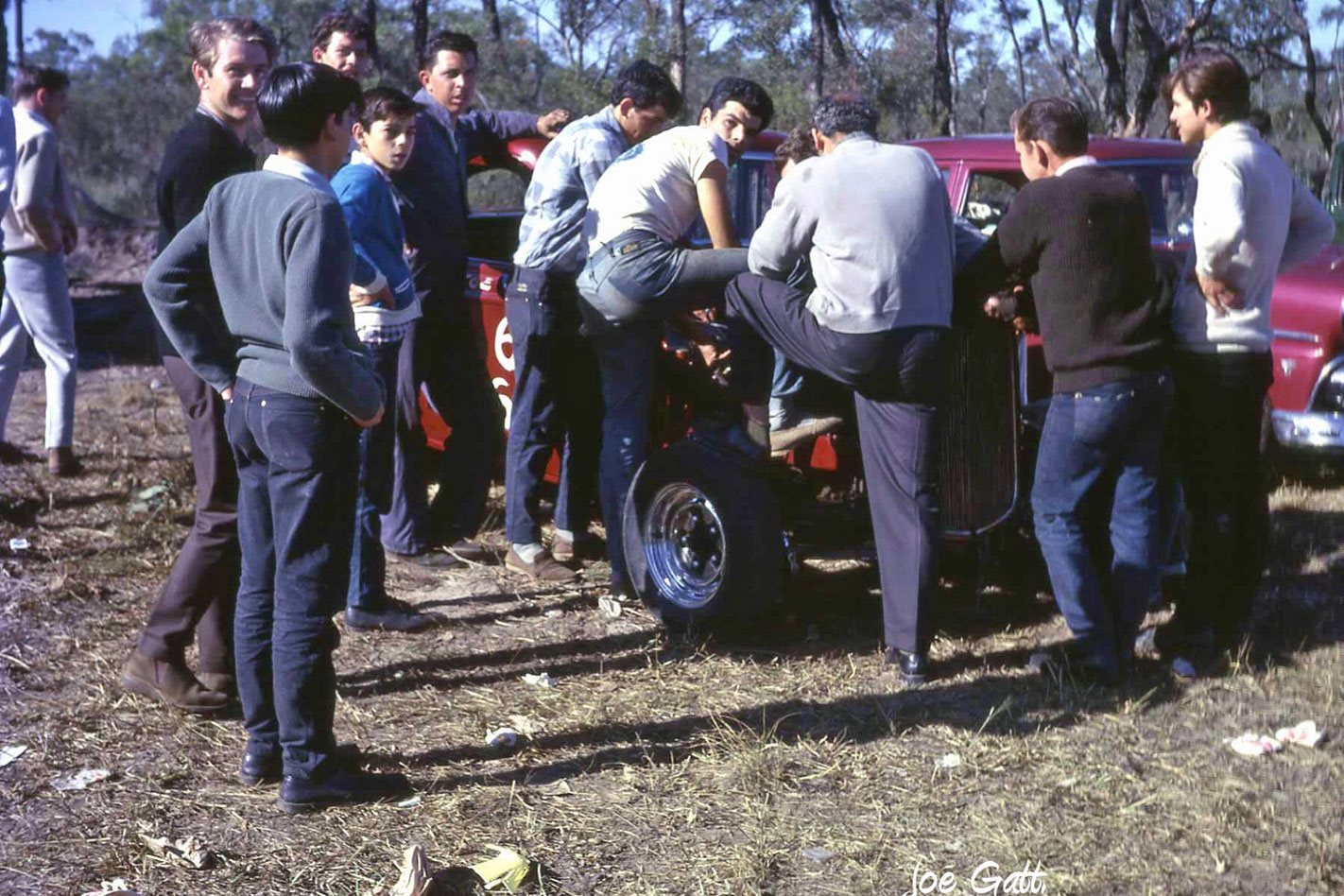 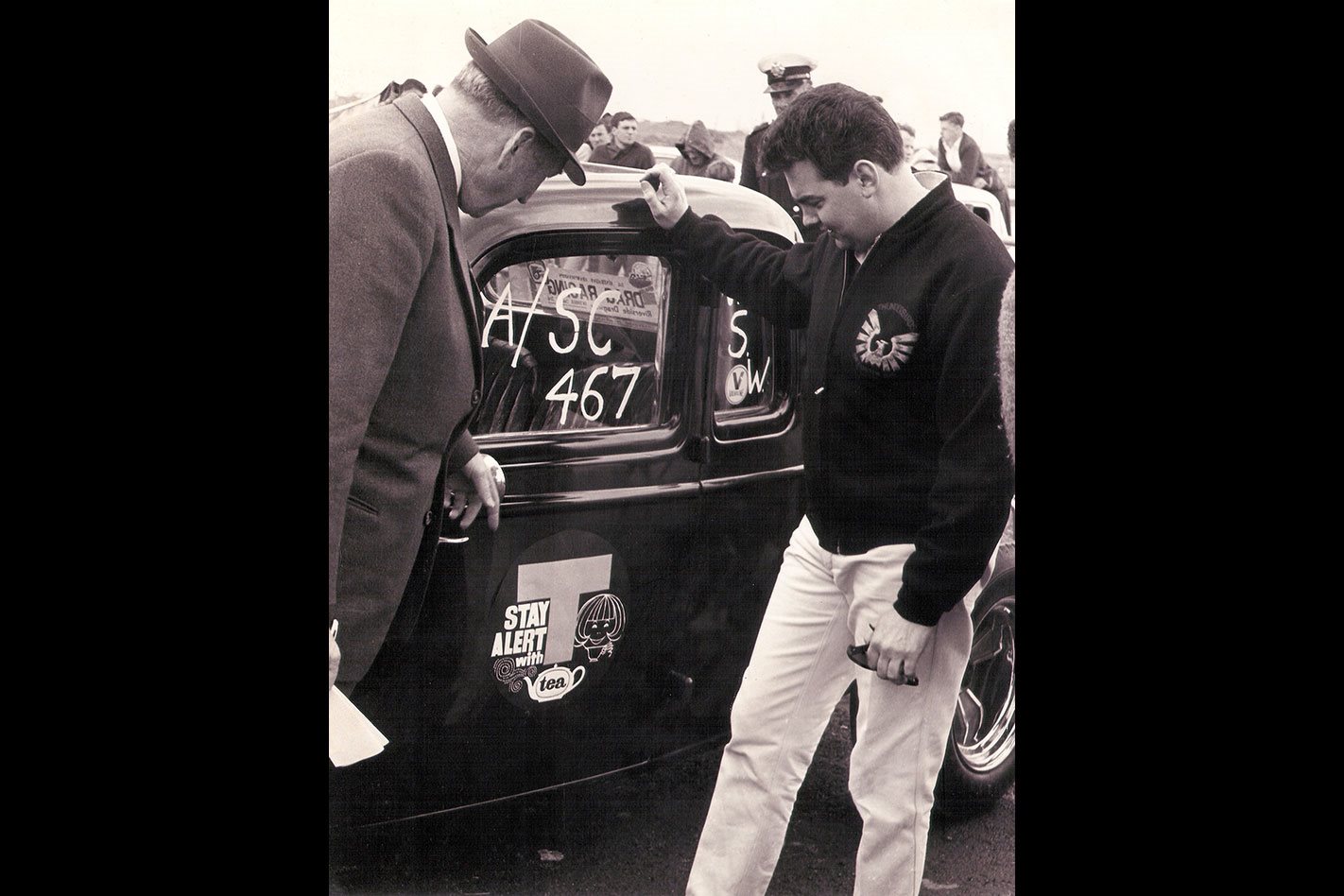 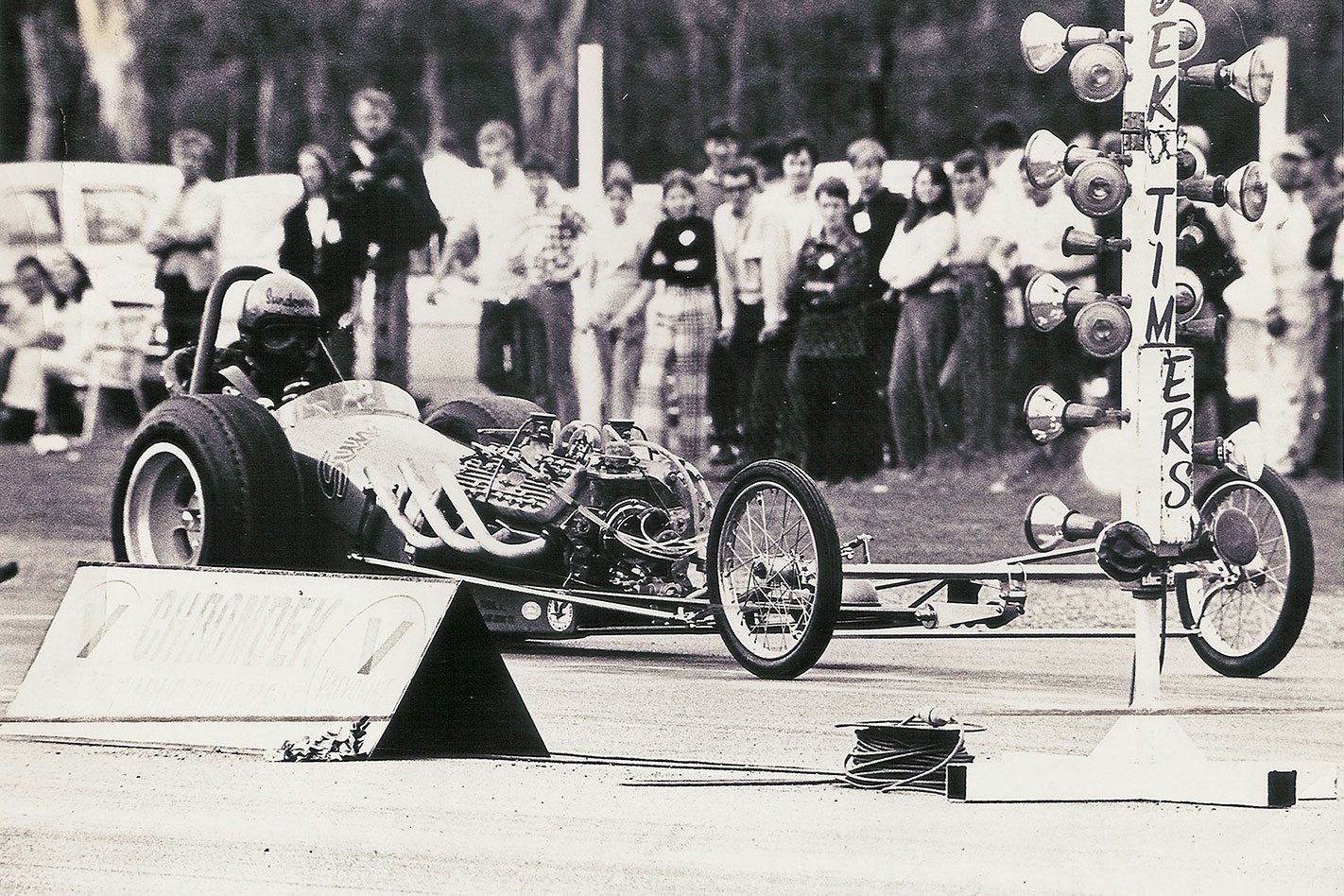 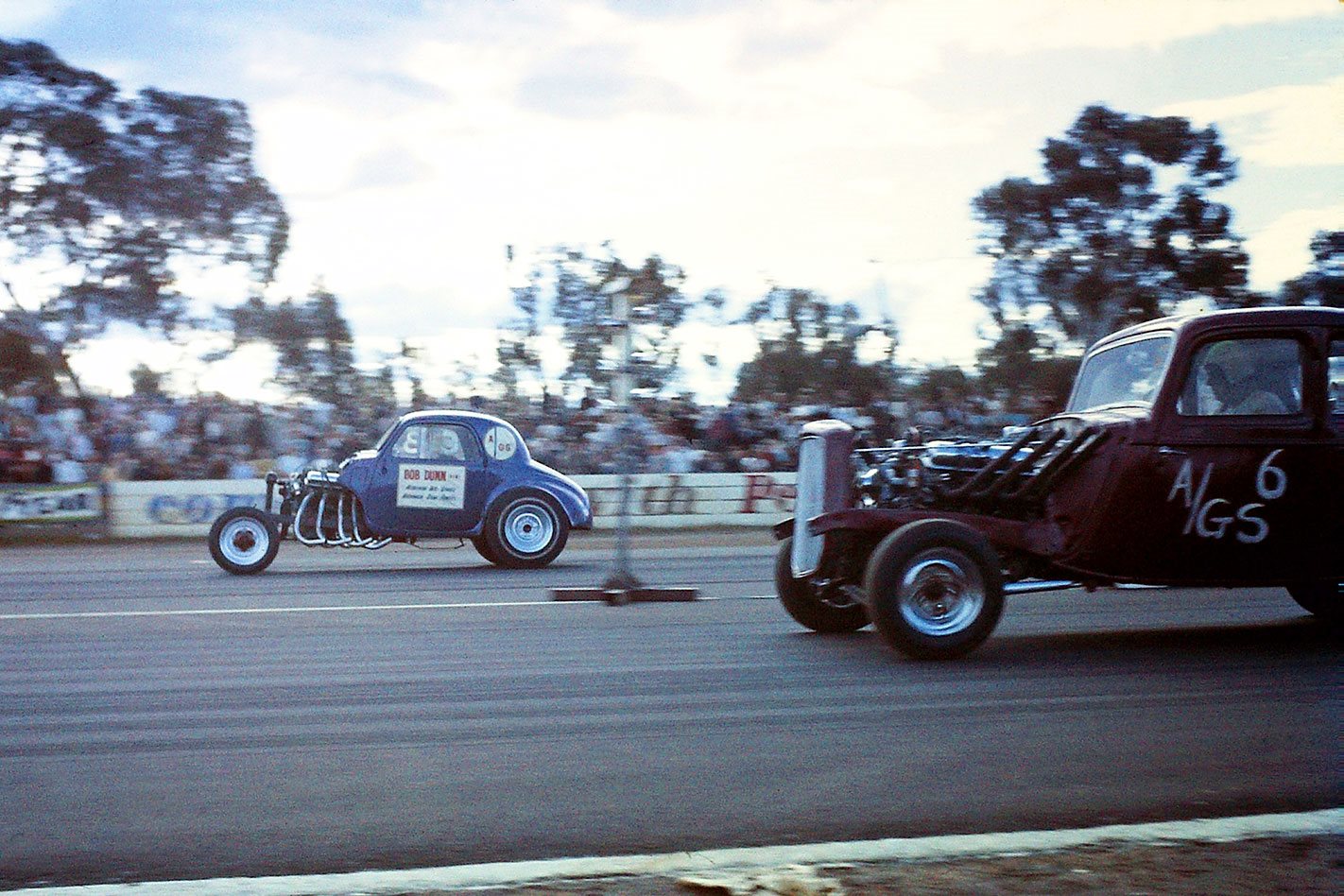