THESE days Ford Barra swaps are almost as common as LS conversions. It makes sense; in Australia Barra motors are just as easy to find as LS1s and there’s loads of power potential and aftermarket support. Jason Waye from Tuff Mounts saw the potential and wanted to try something new, so he decided to whack a Barra into a Commodore ute – creating the Barrawhore project (SM, Sep & Nov ’17). Since then he’s started working on Barra conversion parts for everything from early Falcons and Mustangs through to even VT Commodores! 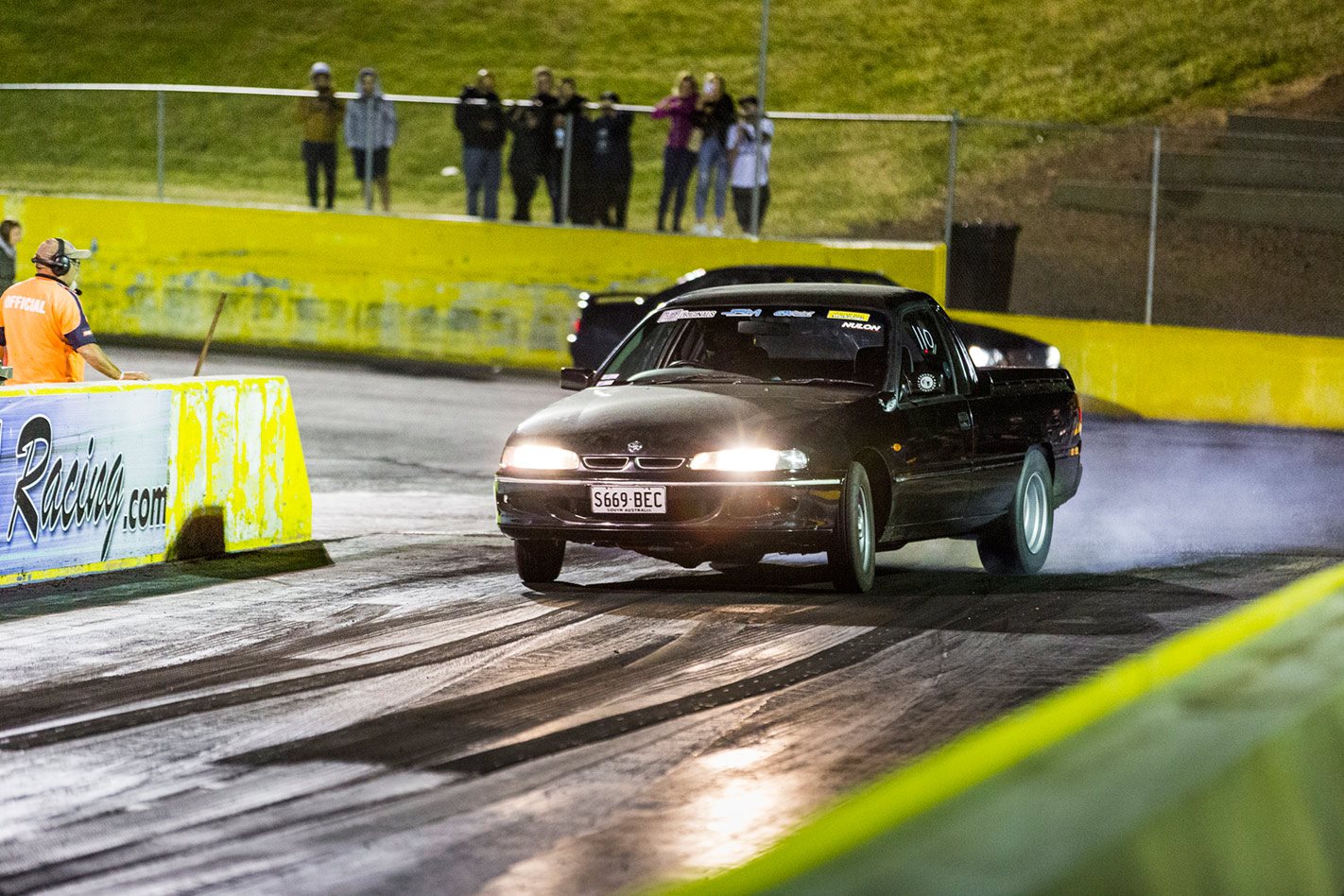 The aim with the Barrawhore was to run a 10-second quarter-mile on a shoestring budget of just $10,000 retail – not Jason’s cost price. Using Jason’s own Tuff Mounts Barra conversion kit – which includes engine and ’box mounts plus gearbox crossmember and sway-bar – along with wrecking yard, eBay, Facebook and Gumtree parts, he’s managed to pull it off pretty much within the original budget. 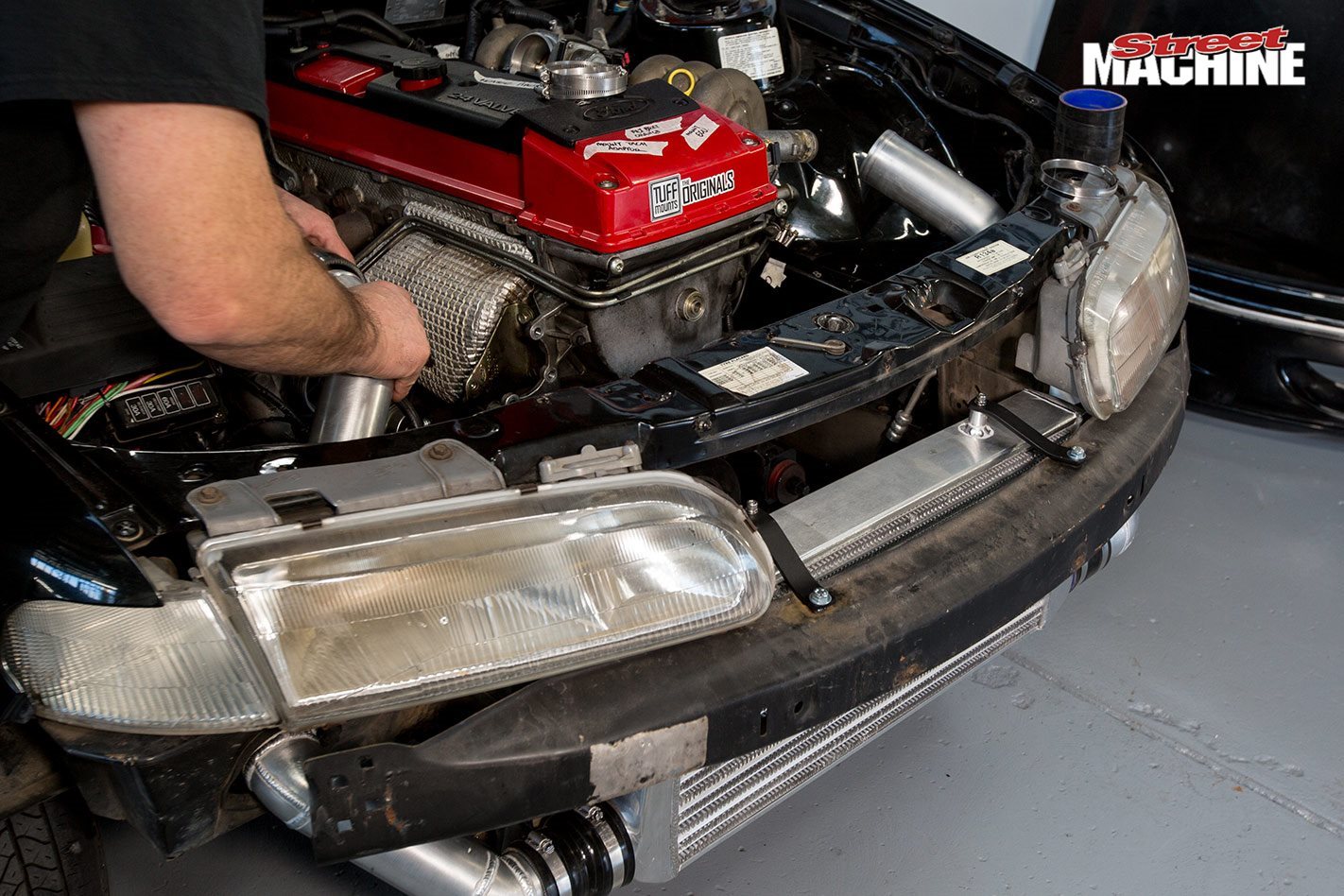 The engine is a BA XR6 Turbo-spec donk with a set of Plazmaman valve springs, turbo flapper valve mod and 1500cc injectors. Otherwise it’s bone-stock. Backing up the Barra motor is a rebuilt Ford XR6 Turbo-spec BTR four-speed auto with a high-stall converter. From there the factory Holden tailshaft was lengthened 10mm and fitted with a Ford yoke. Out back the Barrawhore ute uses a factory BorgWarner diff with 28-spline axles and 3.45 gears.

It’s a fairly basic set-up, but it’s punching out 470rwhp on 98-octane, which should be enough to see it run into 10-second territory. Already in testing it has gone mid-11s at Calder Park, so come Street Machine Drag Challenge next week we’ll hopefully see the car dip into the 10s. 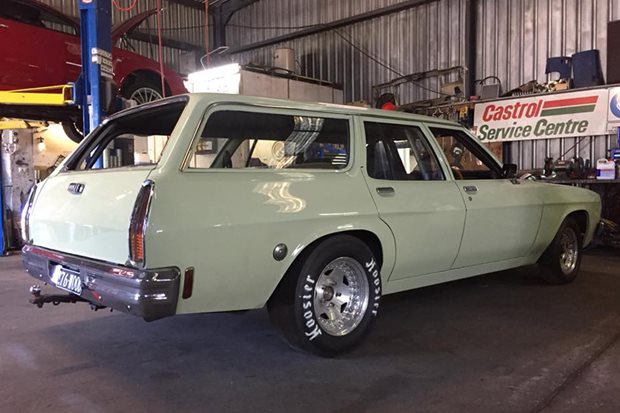 THE RACE BEFORE THE RACE - DRAG CHALLENGE 2017

Street Machine Drag Challenge begins in Adelaide on Monday! Some entrants have already left home, some are doing their final preparations and some are in a whole world of trouble