AFTER Gazzanats NT qualifying on Saturday arvo, the boys lined up again in the evening for the final round of competition skids. All of the blown cars automatically qualified for the final, but Darren Green in LX383 and Jake Myers in S1CKO both didn’t make it out after hurting their engines in the powerskids.

The carnage continued in the points round as Matt James had more problems in the UNWANTED VF ute which carked it moments after tip-in. Thomas Beltrame’s crazy blown FJ40 Landcruiser also conked out on the pad and the LS3 in Jono Kelly’s VK Commodore gave up after doing damage to cylinders one and two.

In the end it was Dave Cufone in the 1FATRAT blown Chevelle that took the win after getting closer to the wall than anyone else all weekend. Second place went to Mick Hamon in his for-sale WIDEOPEN VY Holden ute and Ross Heasley took third in MRBADQ. 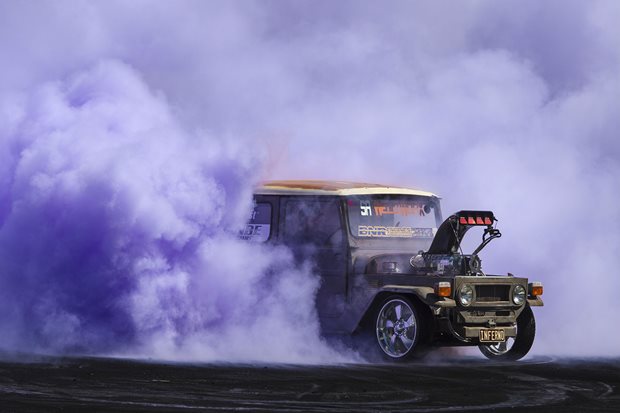 All the highlights from the Gazzanats Darwin burnout comp qualifying 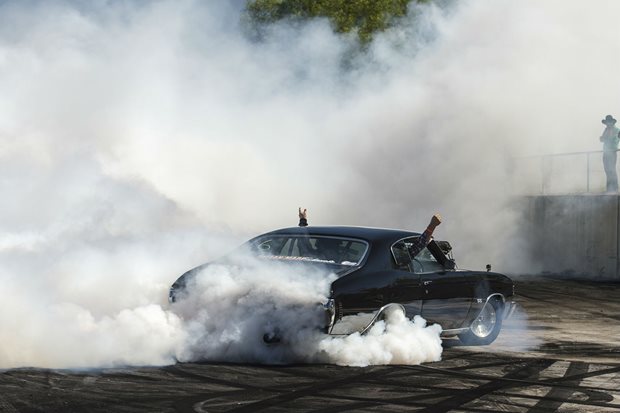