THIS bloke really doesn’t need an introduction, but any story on burnouts in Australia would be incomplete without him. With some 14 seasons under his belt and countless tyres blown, Justen – or Bushy to his mates – is a crowd favourite with his immaculately prepared cars and burnouts that quite often end in a blaze of glory. Bad for points, but the punters love it. He even managed to set both ends of the car on fire at Summernats 30! 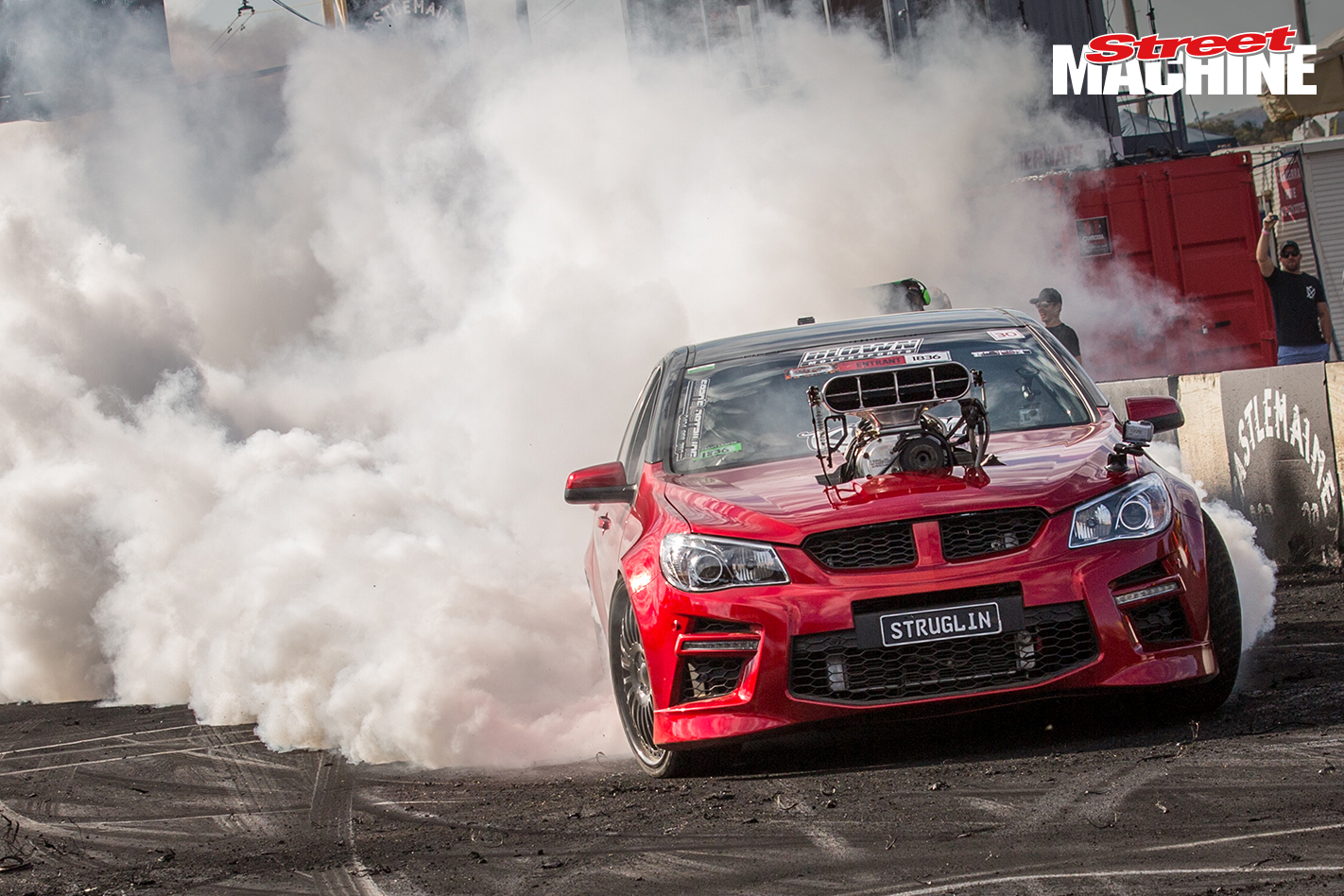 Justen started off with a Commodore ute: “I pieced together a 5.0L manual skid car and that became WONA GO. Then I tubbed it, put some big wheels on it and then I bought a motor from George Separovich and life went on from there. I went from a 355 Holden with 300hp to an SBC with 1000hp – I didn’t know what was going on! 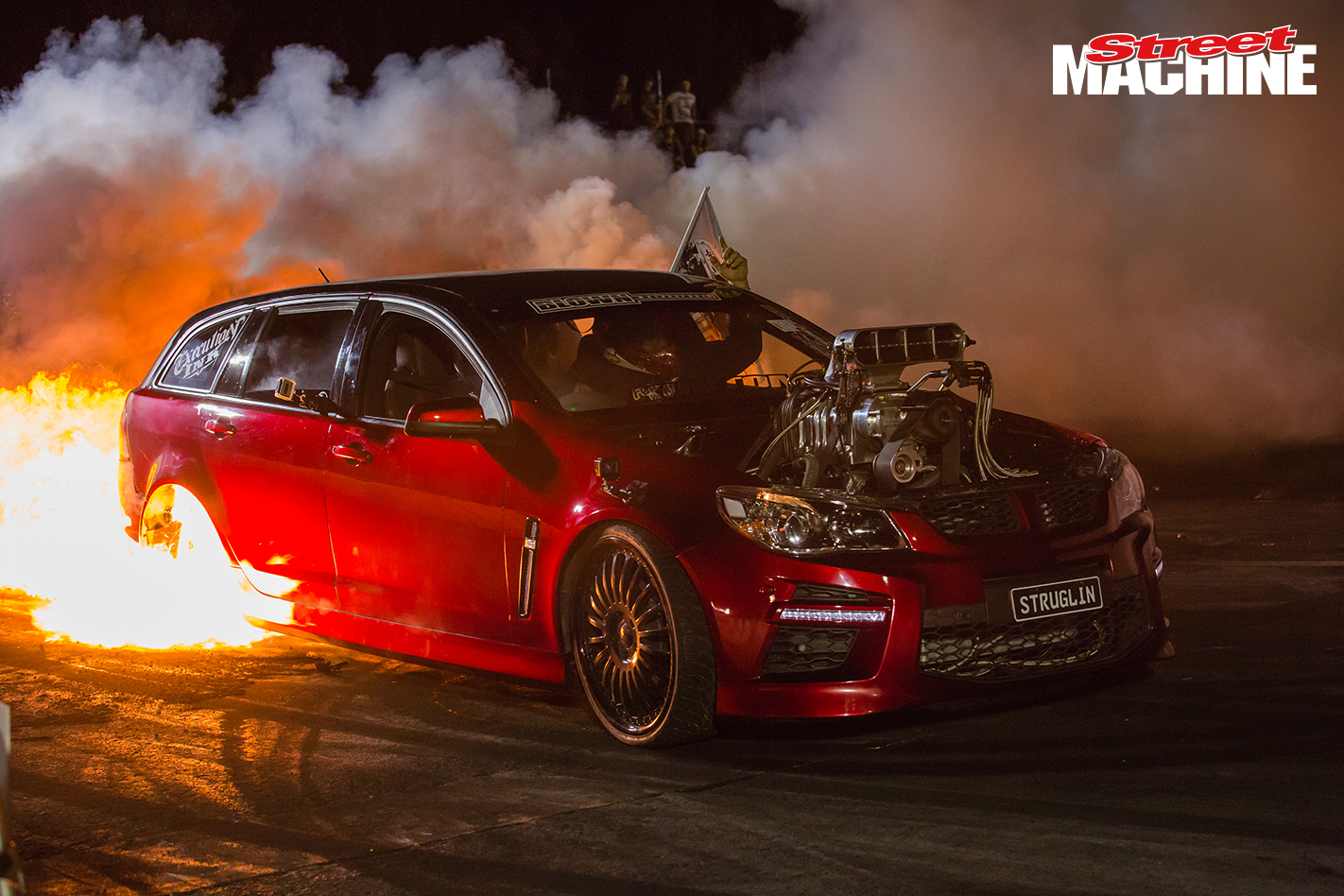 “All my motors are the same, which makes it easier for spares, and you can rob motors out  of each car then.” 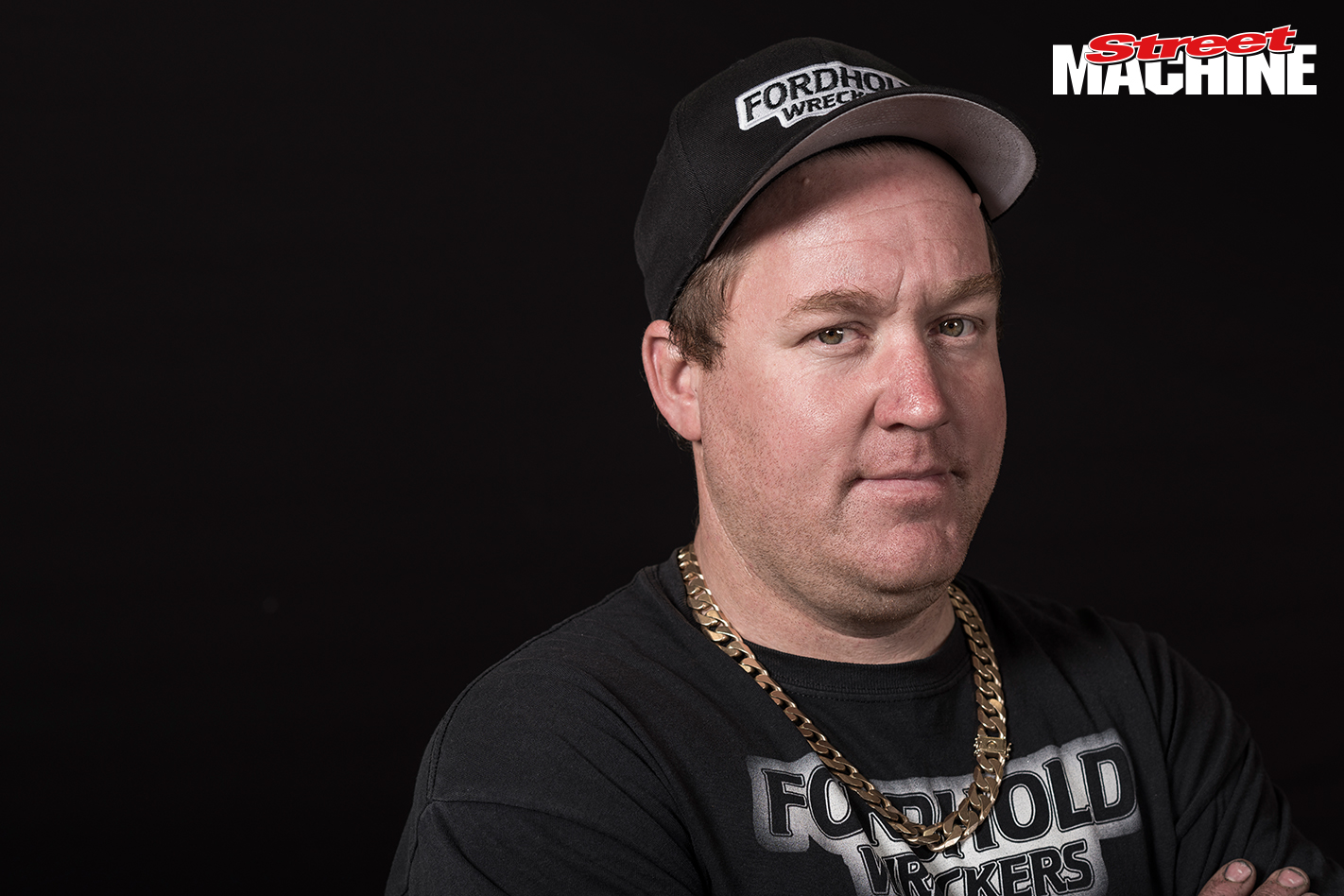 What’s more fun than having a blown methanol burnout car? Having three! Justen will quite often compete with STRUGLIN and WONA GO, but lately he’s been skidding WRECKIT, the VK he pinched off his wife. 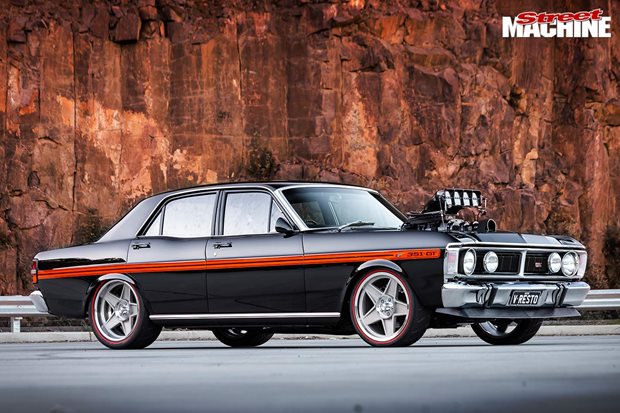 A stunningly built XY GT replica with a 900hp, blown and injected twist!