Nathan Predo fronted up at Summernats 28 with a bright blue, blown big-block HQ on tonner, and finished a whisker off the podium

NATHAN Predo hit the burnout pad hard at Summernats 27; setting the tyres alight and generally belting the bejeebers out of his daily driver “BLOTHS”.

The supercharged 6.0-litre VE Clubsport took it in its stride, however, finishing well up the leaderboard. The Clubbie came away a little toasted around the rear end, though, and Nathan walked away with a serious case of the ‘burnout bug’.

The bug bit hard, too. So, the daily driver was pushed aside and it was time to get serious.

He fronted up at Summernats 28 with a bright blue, blown big-block HQ one tonner. Known as ‘FNGR ME’, Nathan’s newly-completed purpose-built burnout rig finished just a whisker off the podium in fourth place in the open burnout competition; a great effort from a bloke at only his second burnout comp.
The one tonner was bought as a rolling body late last year out of Melbourne. Externally is remains pretty much as found, but it has had some serious running gear dropped between the chassis rails since coming into Nathan’s hands.

“I bought the motor and gearbox 100 per cent complete from another burnout competitor who has up-sized their engine combo,” Nathan told Street Machine. “Getting the complete engine and transmission combo made it a fairly quick and easy build, that’s for sure.

“Engine’s a 461ci big-block Chev with a scat crank and scat rods, SRP blower pistons, ported Dart heads, Weiand 8/71 blower, Demon 750 carbs and an Ice ignition system. I owe a massive thanks to Mark from Streamline Automotive and Phil from Phil’s Auto who re-tuned her for e85. She made 634rwhp with 1314Nm torque on a soft tune with 8psi of boost,” he added.

“We had a ball at Summernats, cruised it all weekend then went out and gave it a flogging in the burnout comp – never missed a beat. I blew a tub clean off the tray in the finals but couldn’t care less; it’s an easy fix. I’m rapt with fourth place but really want to get into the Burnout Masters next year and I’m seriously looking forward to hitting the burnout circuit with FNGR ME as soon as possible.” 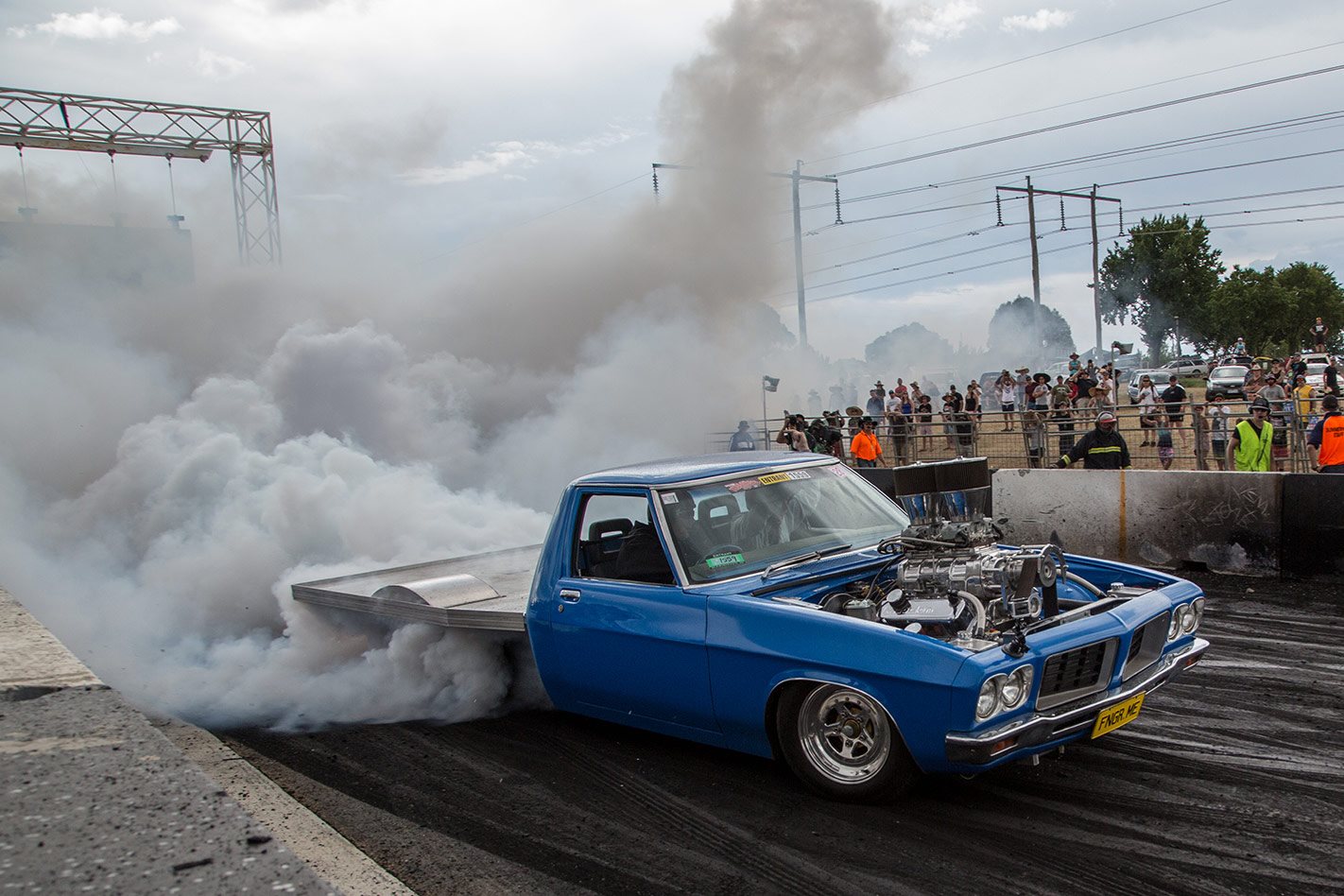 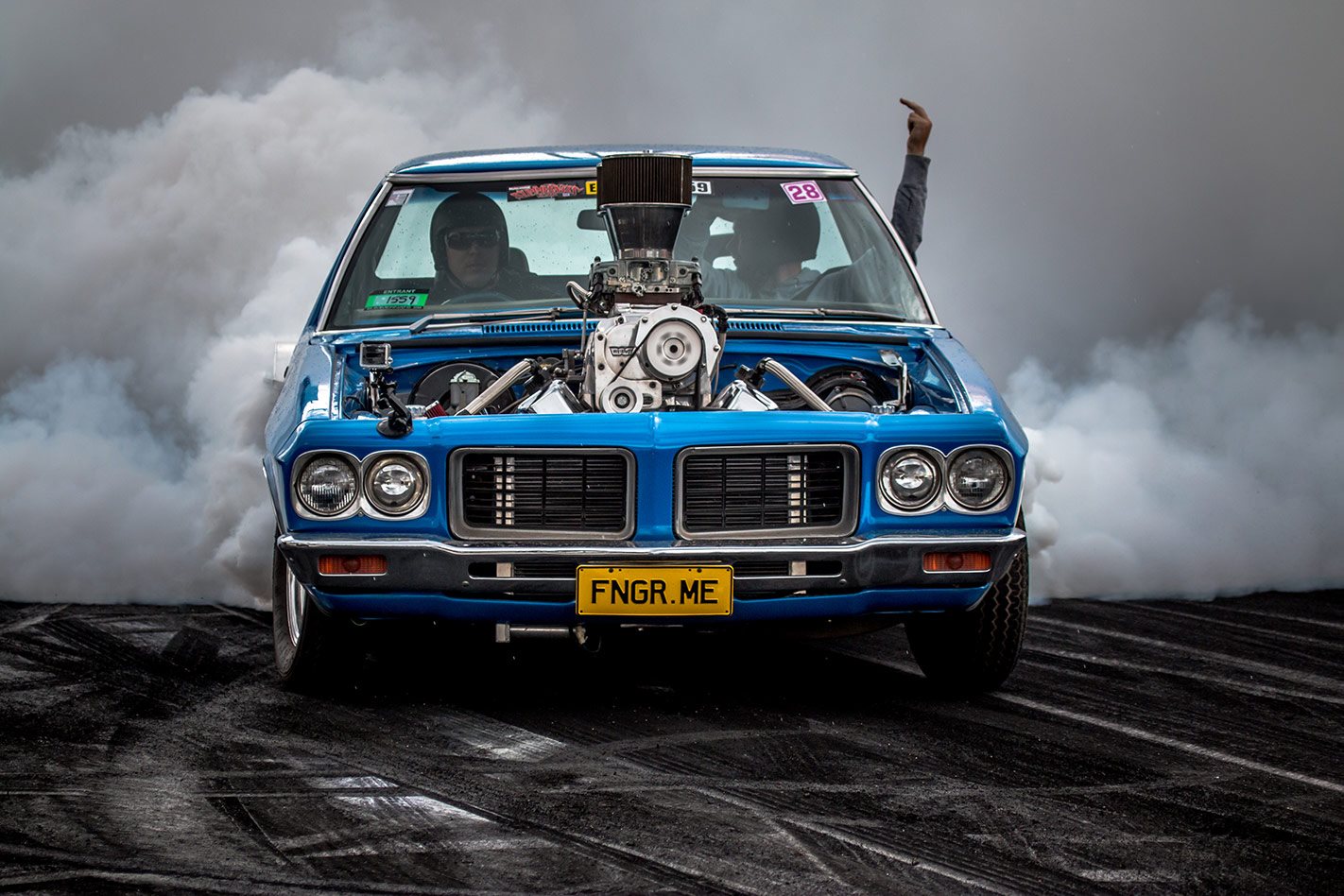 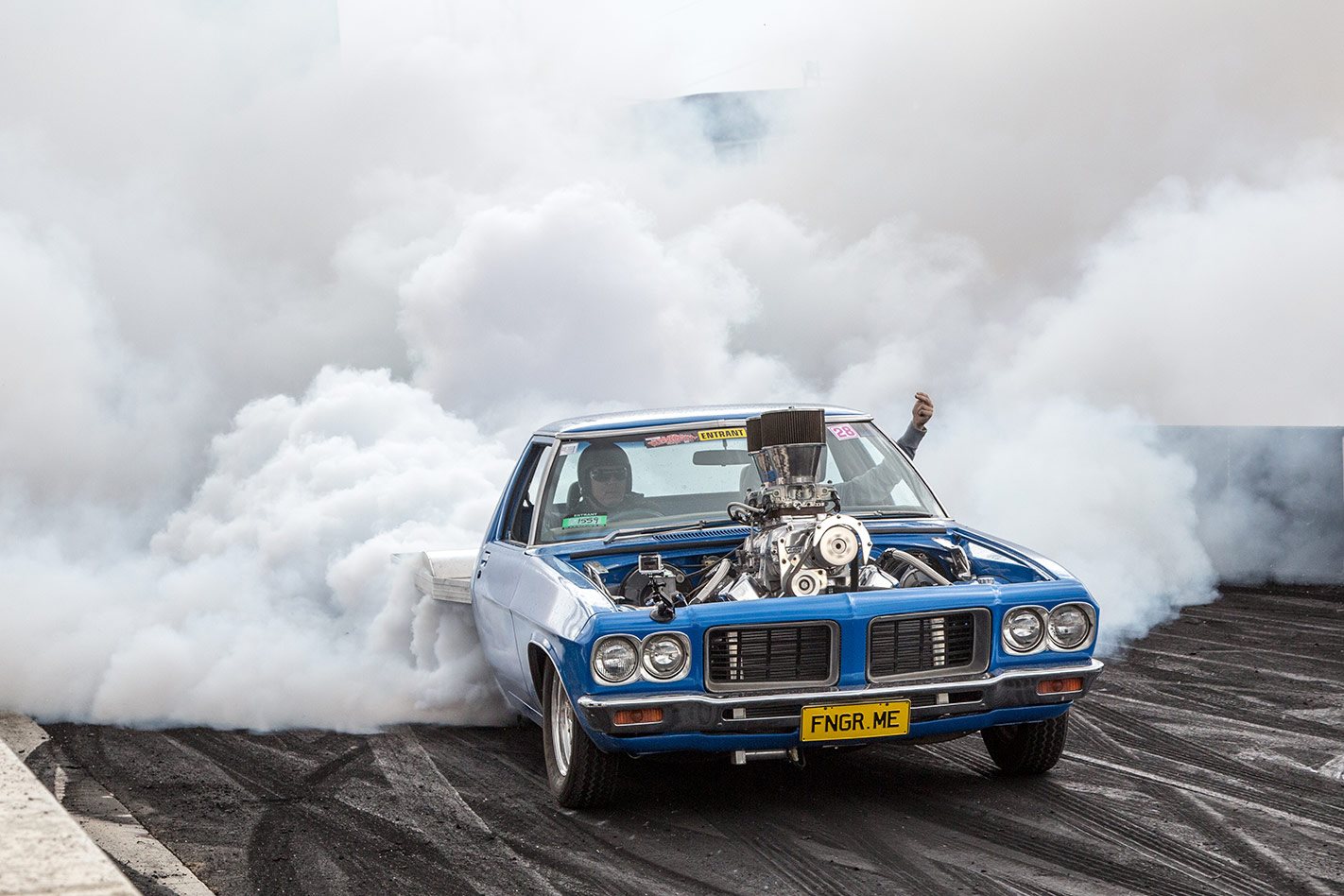