THE Trolvo is back! In this latest episode of Carnage, our 1JZ-swapped Volvo 240 finally gets a single-turbo conversion before being sent hard at Street Machine Summernats – but as per usual, the path to a screaming 1JZ symphony was not a smooth one. 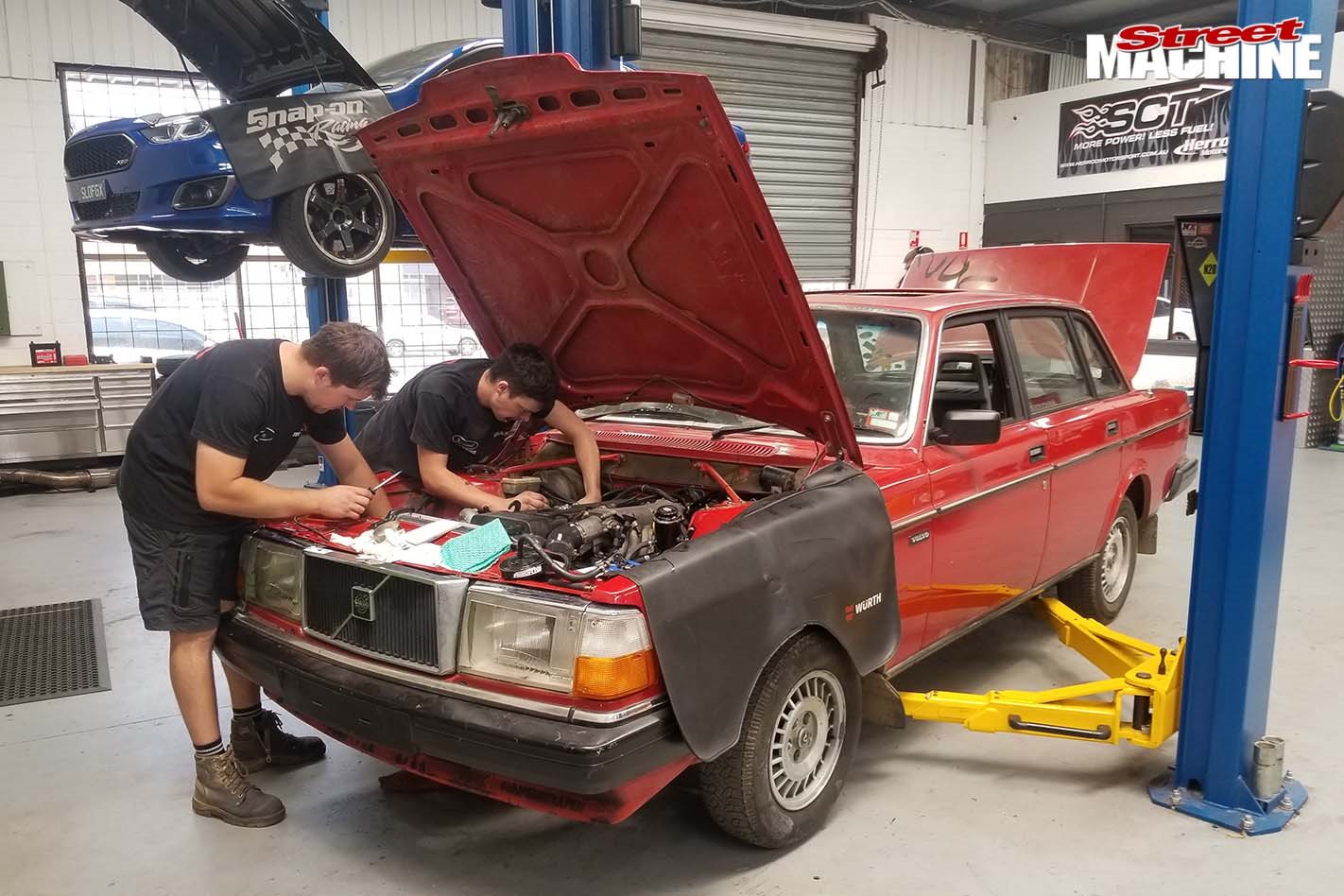 After much pain and cursing, we finally got the 1JZ running and on the dyno with the standard twin-turbo jungle mess. It was then we found the car was making no boost – not one goddamn pound. To top off the lack of snail power, the car also decided to do its best Kelis impression with a nice dose of milkshake in the sump.

| Watch next: Diagnosing the Trolvo milkshake - Carnage Plus video 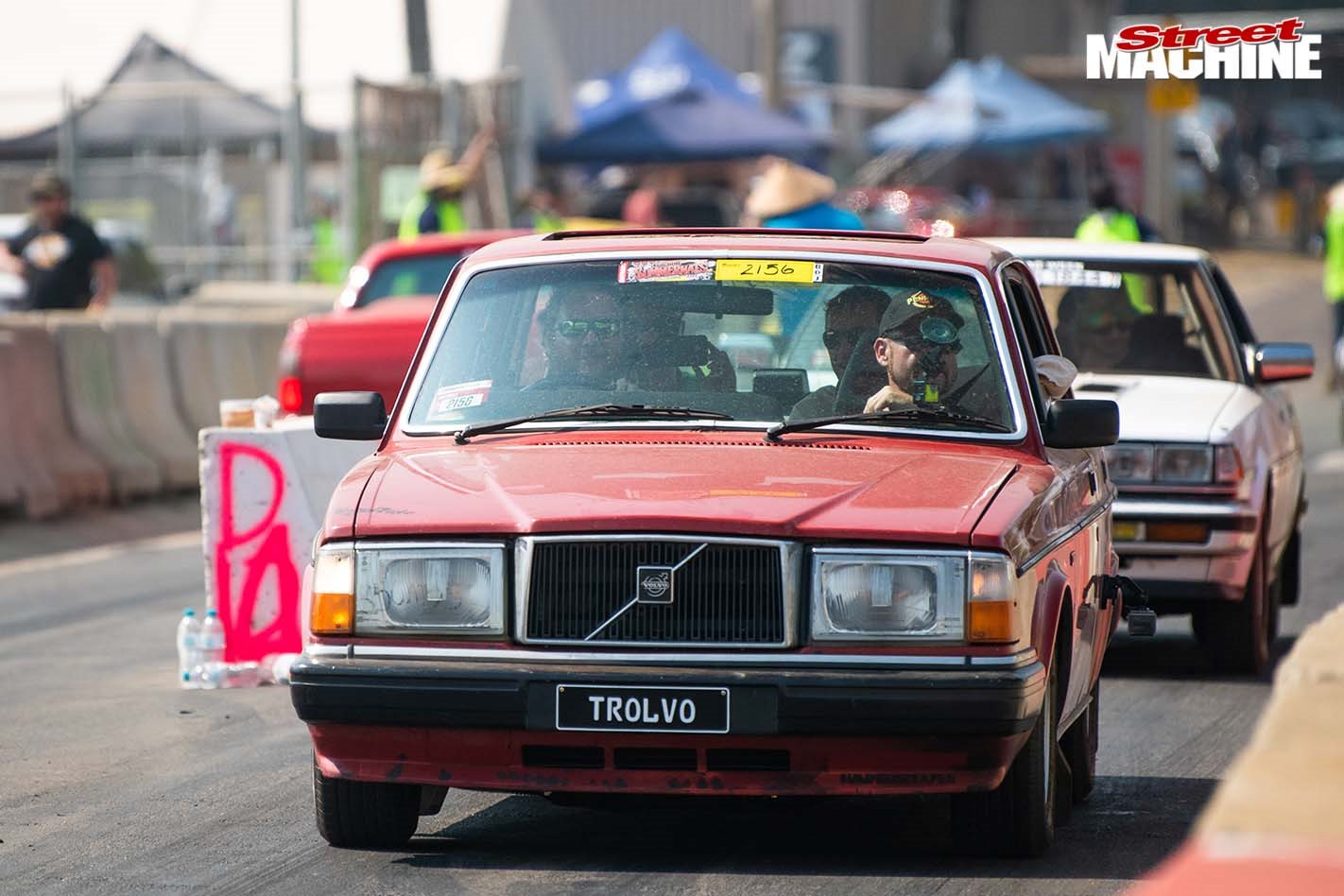 After some diagnoses, a suspected head gasket drama was actually found to be a simple plumbing error with the cooling system, but that still didn’t fix the issue of no forced induction. 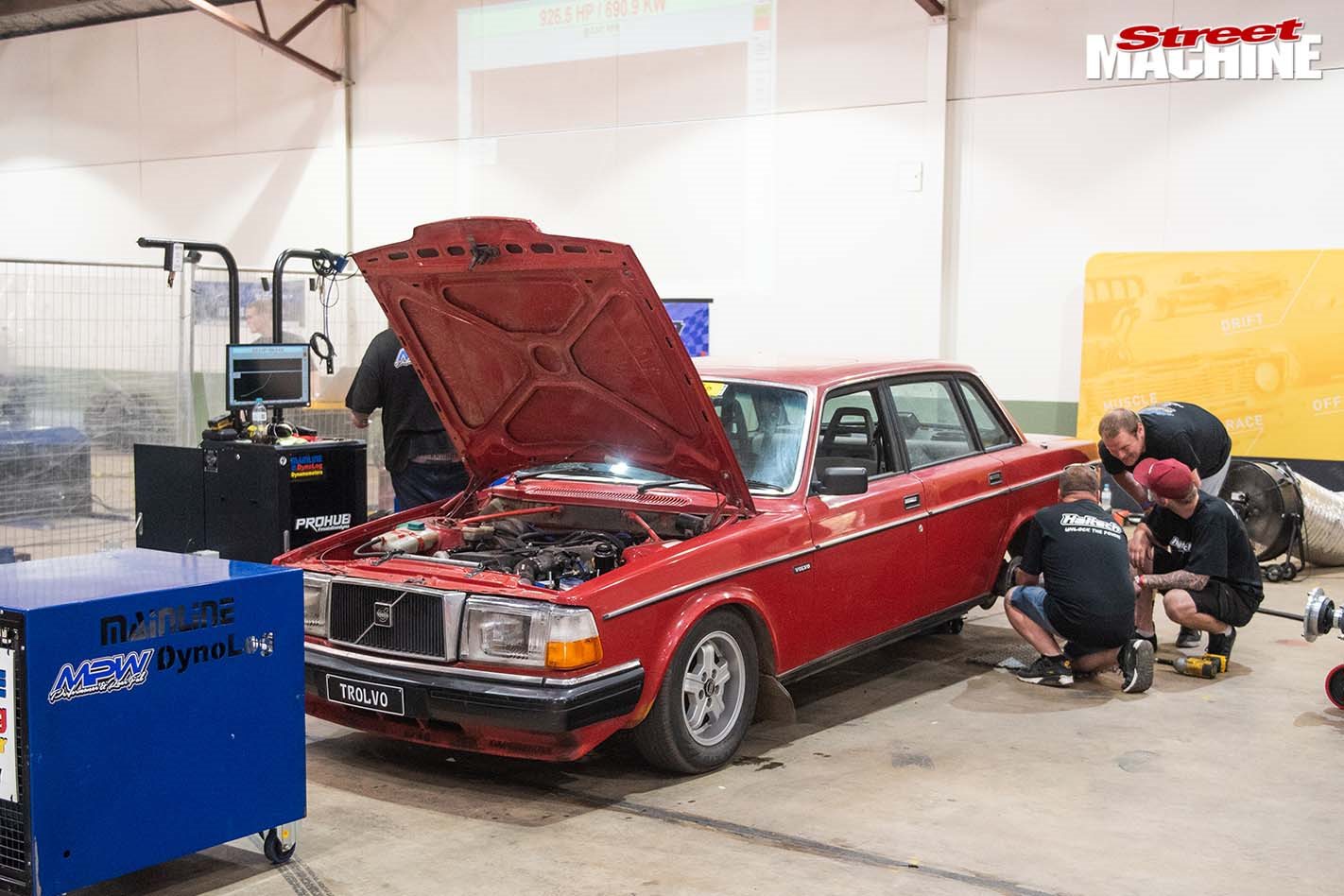 The solution? Fit a giant single turbo. We got our hands on a mint high-mount manifold from Goleby’s Parts, and after many bruised knuckles, the stupidly complicated twins were binned in favour of a spare GCG hairdryer left over from the MX-5’s old twin-turbo LS. 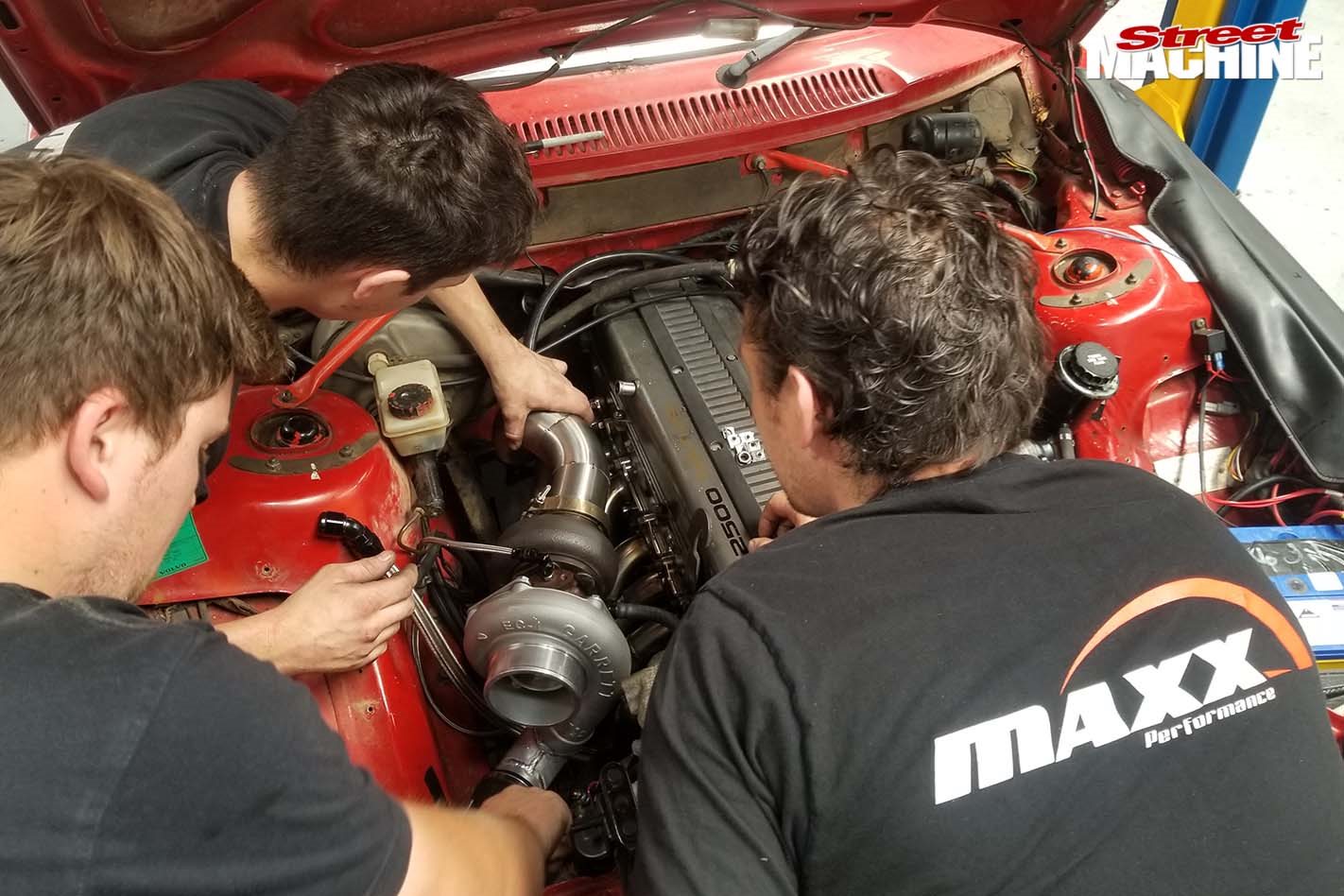 With deadline for Summernats and Christmas break coming up fast and our Barra-swapped Mazda still in many pieces, we enlisted the pros at Maxx Performance to finish the single-turbo conversion. They smashed out some killer fabrication in record time for the new dump pipe and external wastegate, before it hit the dyno late on a Friday night in 40-degree heat for a tune. 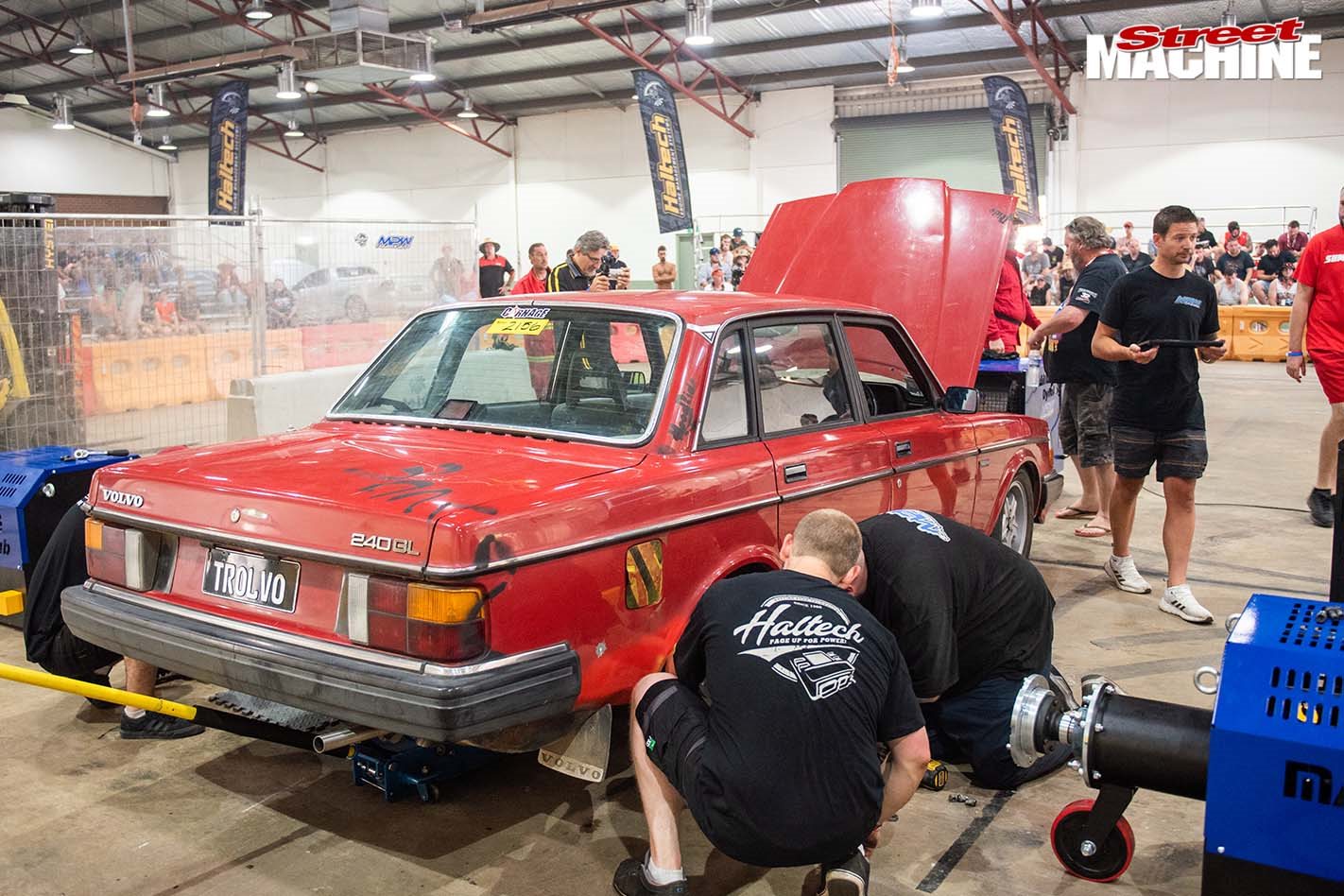 Things went well, with a peak of 306rwkW/410hp on 20psi before the oil pressure went to bed for the night. Luckily the cause was found to be a dud oil filter, and with that we saddled up and headed north to Summernats. 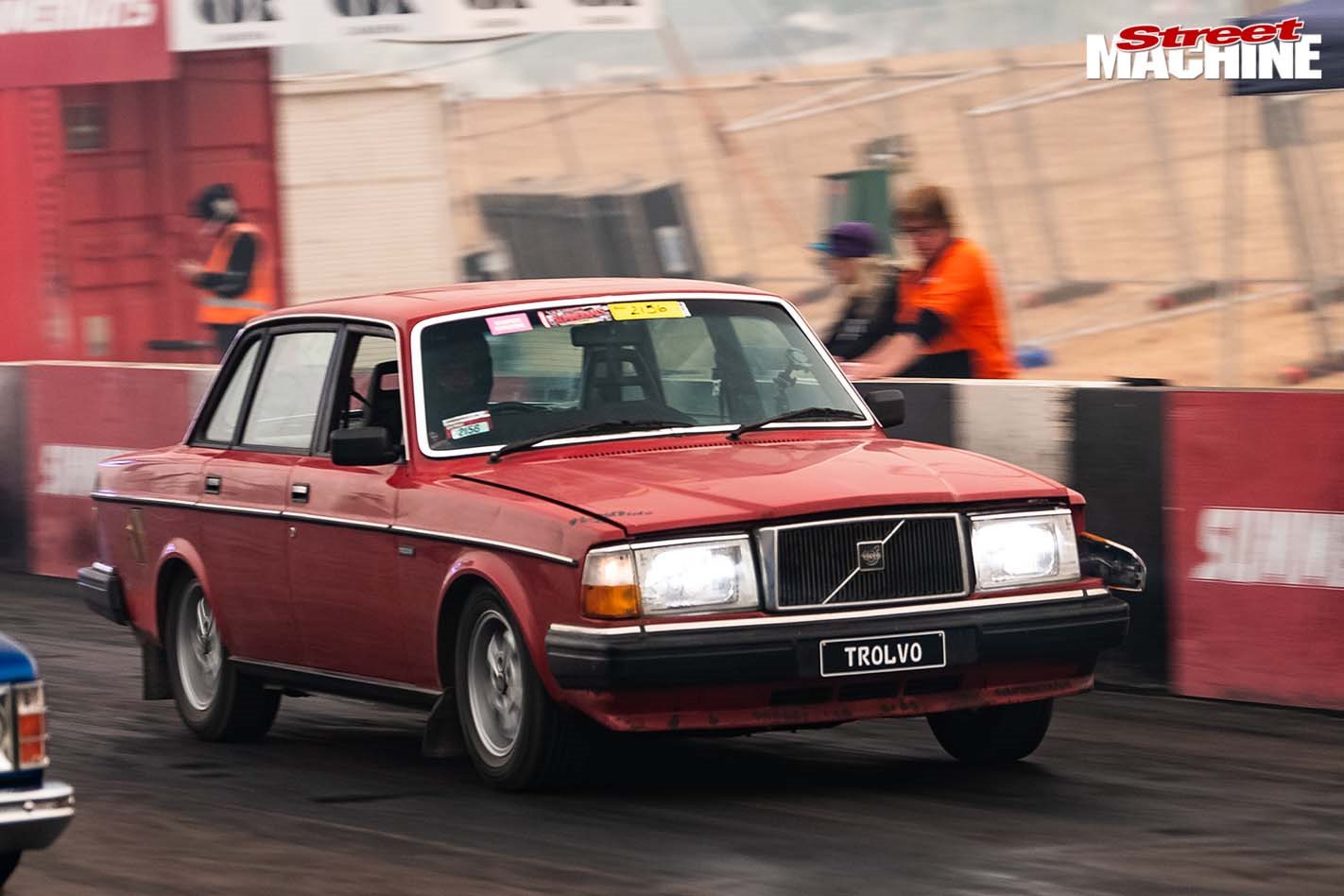 The Trolvo had a whole menu of things to do at the ’Nats, taking on Skid Row, the dyno competition, the go-to-whoa and heaps of cruising – and we got to catch up and meet a bunch of Carnage fans, which was awesome. 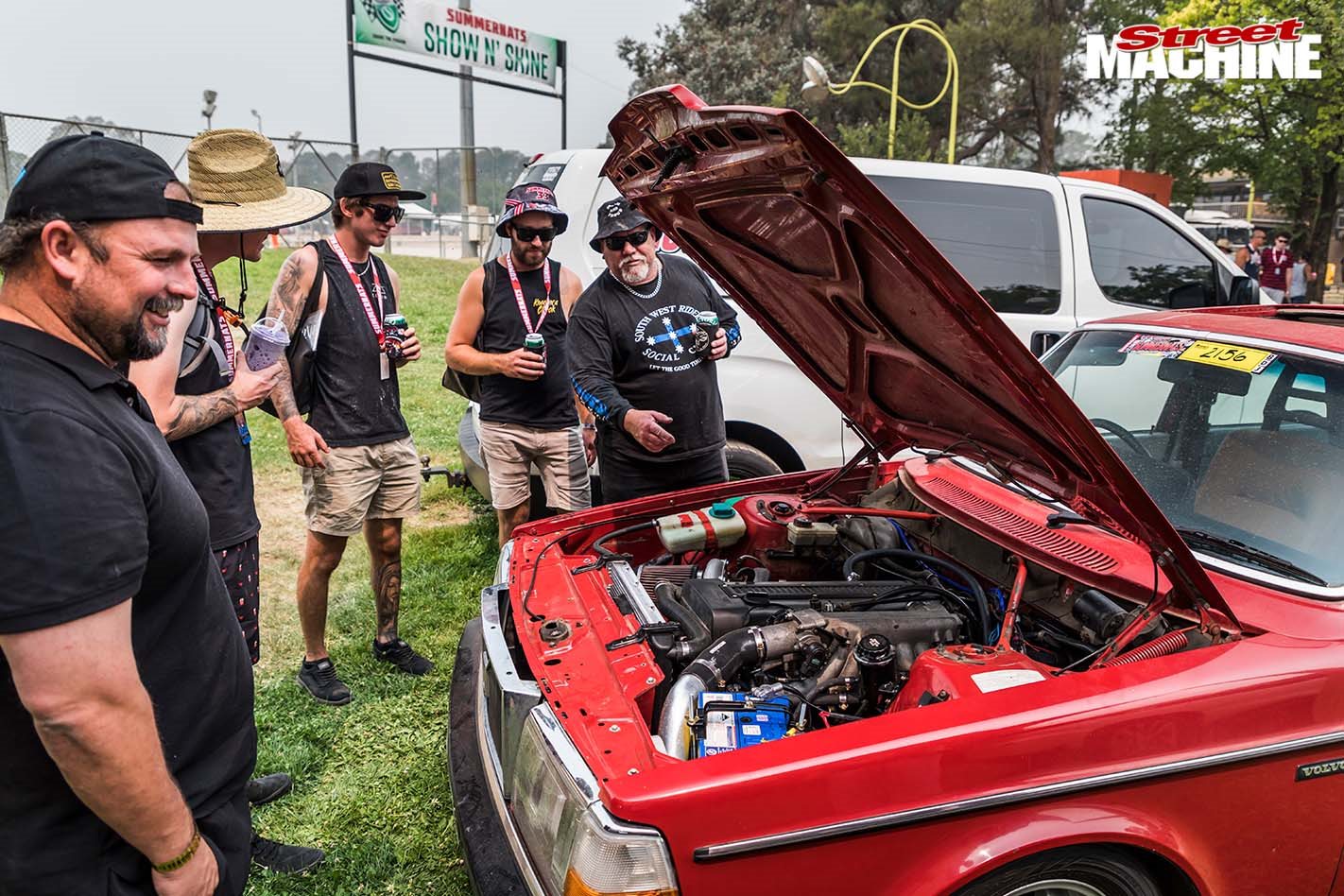 Make sure you check out the latest episode and keep an eye on our socials for more Trovlo goodness!