WELCOME to the very first episode of Carnage, our new video show where we plan to have fun building some crazy cars and the first three episodes are going to be about building our Turbo Taxi.

Building a sleeper means finding the most innocuous-looking ride on the street and then giving it oodles of horsepower, and we reckon there’s nothing more invisible than a taxi. That was the thought process behind this build; let’s buy an old Falcon taxi and turbo it. Checking the internet to see what else was about, we found that ex-taxis are nowhere near as abundant as they once were. That’s because the government used to mandate the maximum age for a taxi was 6.5 years from the compliance date, but recent changes have scrapped that limit, meaning taxi operators can drive them into the ground.

So I wandered into TaxiLink at Huntingdale to see what they had, and was told they had three cars for sale, which would probably be the last ones they’d sell. Of the three, one stood out. It only had 576,000km, most of the panels were straight and it looked to be all one colour – the standard Victorian Taxi Yellow. The other two looked like they had done a tour or two in a warzone – faded paint, primer patches, enough kays to do a round trip to the moon and more hits than Elvis, Katy Perry and Lady Gaga combined. 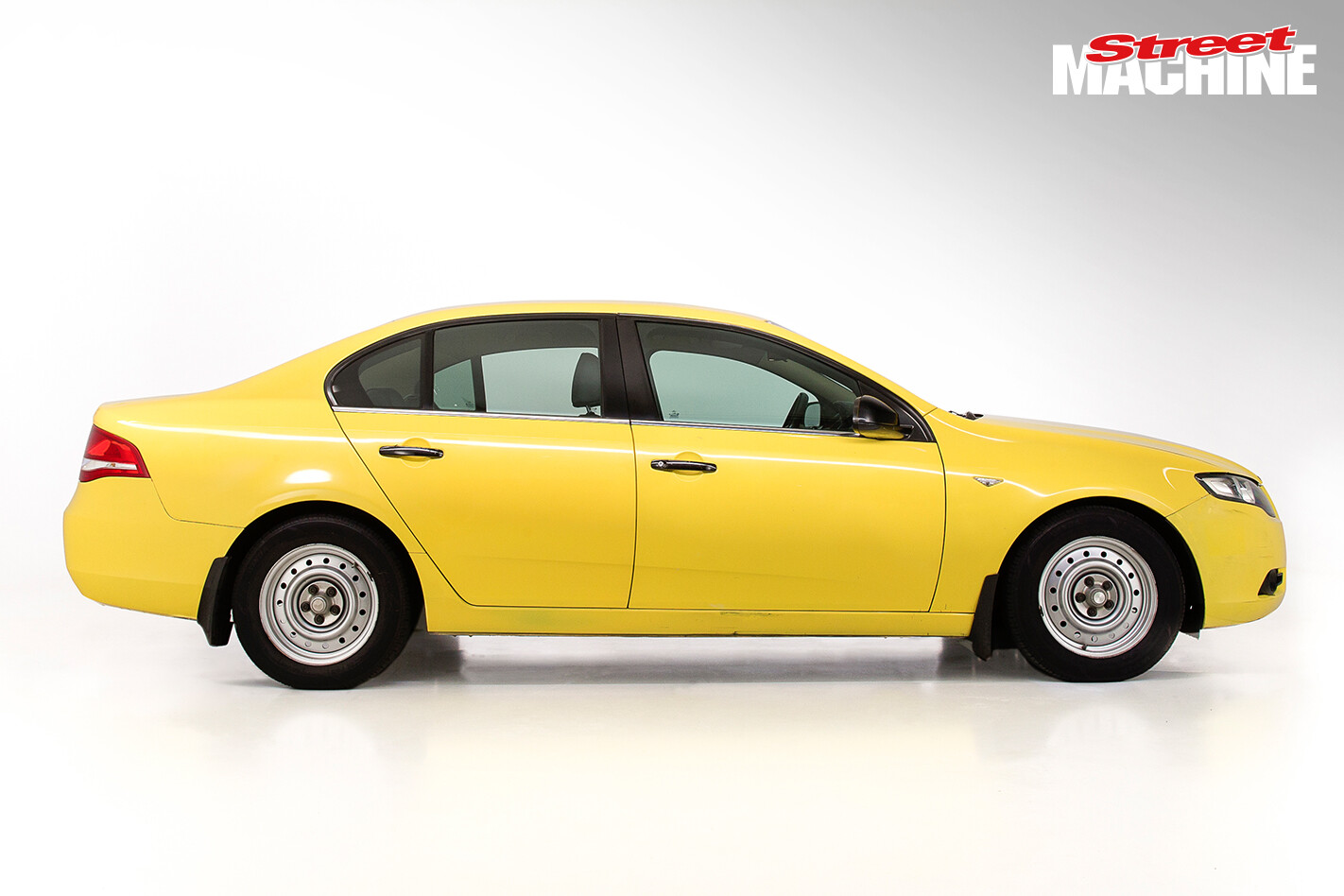 We took the ‘low-kilometre’ 2010 FG Falcon for a test drive, and surprisingly it drove very nice. So I rang the owner to do a deal and he said: “If we’re talking cash in hand in the next hour you can have it for $2750; any cheaper and I might as well put it back on the road.” So I bought a taxi.

Our plan is the turbocharge the stock 4-litre six while keeping it running on LPG (Liquefied Petroleum Gas), or propane as it’s also known. To that end, we’re going to enlist the services of Tunnel Vision Turbocharging, the experts on LPG performance and Falcon sixes, and by the end of it we should be making 500hp at the treads and running 10s down the quarter. 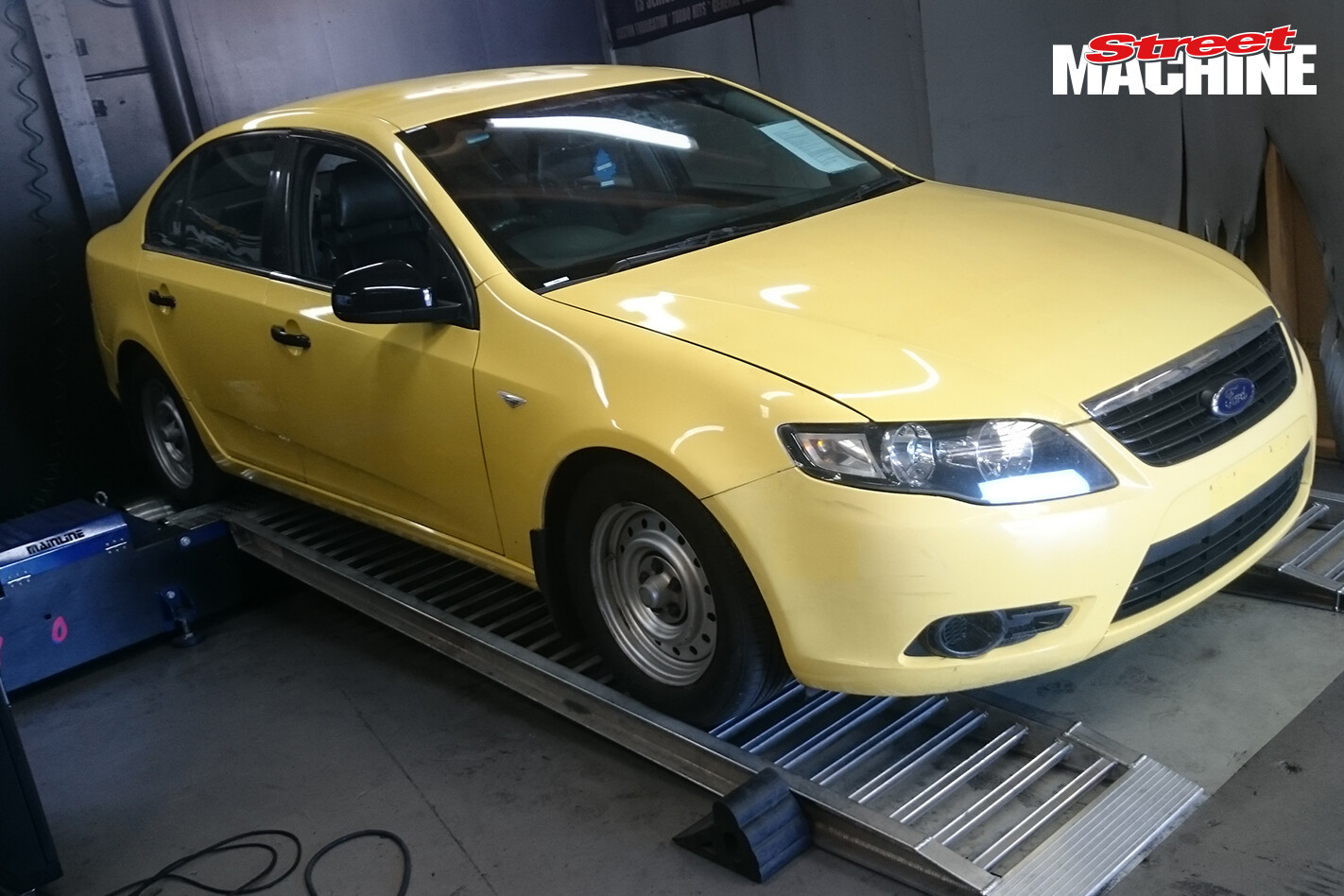 First up though, it was time to lay down some baseline numbers. On the dyno at MPW the 2010 FG Falcon spun the rollers to 191.2rwhp (142.6rwkW), which surprised just about everyone. 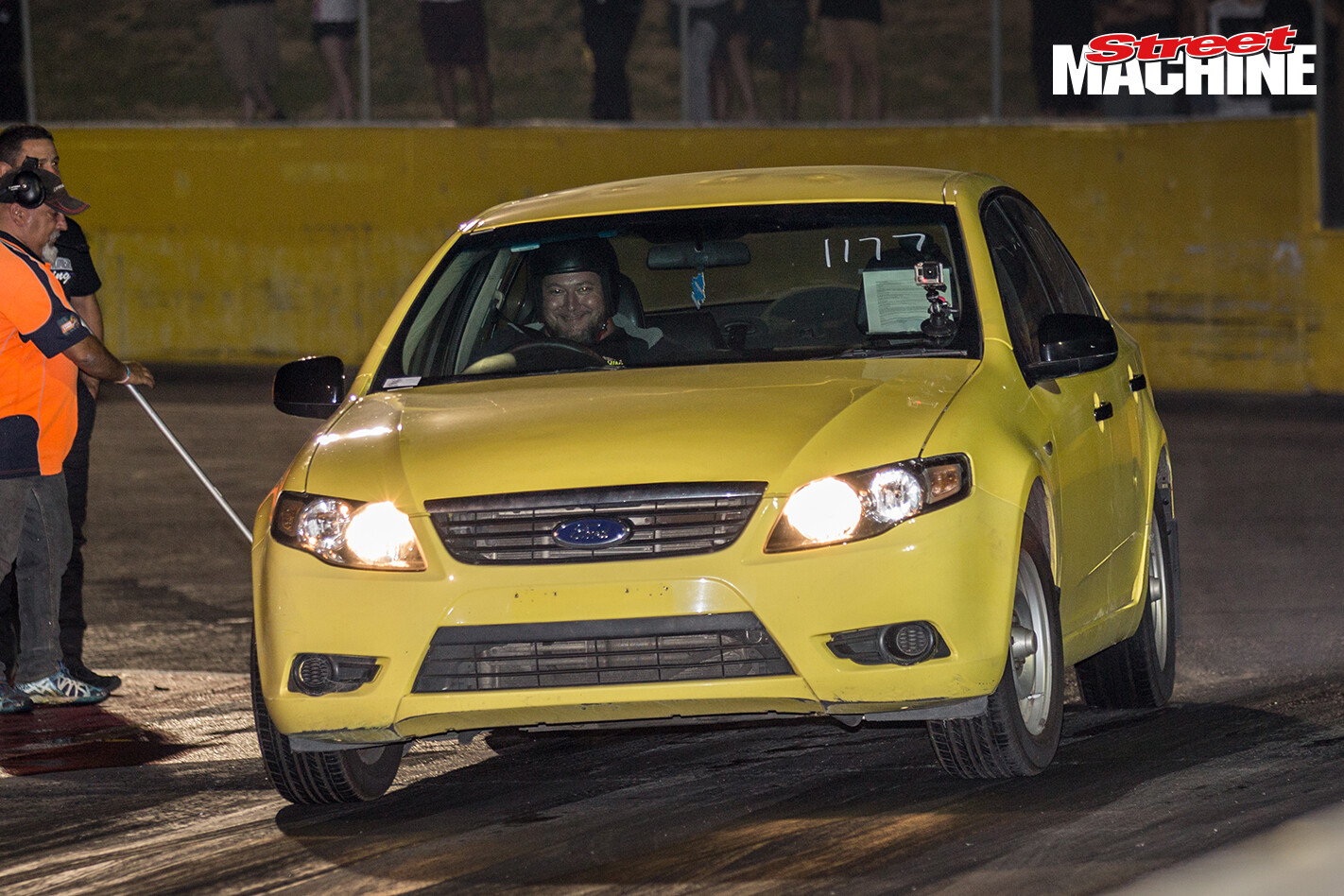 Then we headed out to Calder Park for a run. It was a busy night so our first and only run came at 10pm, so I stalled it up against the converter and left on the last amber. Torque protection mode came into effect, and with absolutely no power happening at the startline the taxi crawled away from the lights. “Go, go, go,” I cried, but all I could do was sit there and watch as the car in the other lane went screaming past, whereas I was travelling so slowly I could read the timeboard as I went past – 17.2@83mph. Bloody hell!

In all honesty, I think the car is good for a 16, or even possibly a high 15, but we’re not going to wait around to find out. It’s time for the spanners; let’s see if we can carve seven seconds off the timeslip. Did someone call a cab?