We caught up with Scott McKenzie and his 580hp, 350ci Chev-powered FE at the Holden Powered Nationals at Heathcote

SCOTT McKenzie built this cool little FE Holden over a thirteen year period in his shed at home in Albury, NSW. He tinkered away doing it bit by bit until he was happy with the finished product – a 580hp, 350ci Chev-powered show-and-go Holden. 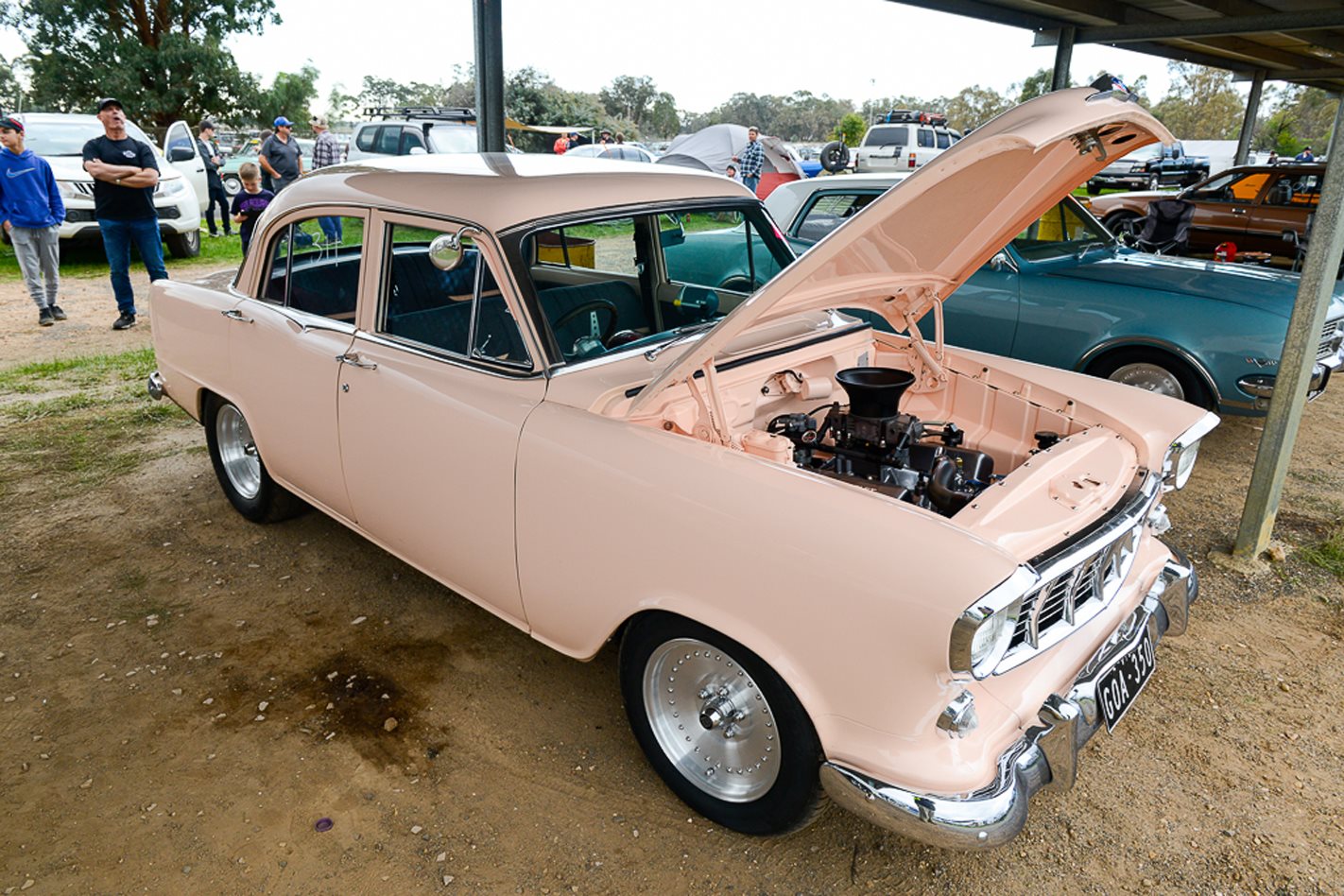 Scott reckons getting the 350 Chev into the FE body wasn’t all that difficult. He modelled most of it off a Chev-powered FC that used to run around back in the 80s, and modified things here and there to suit his plans for the car. Aside from heavy mechanical work like the assembly of the engine, Scott did as much as he could at home, learning how everything worked along the way. 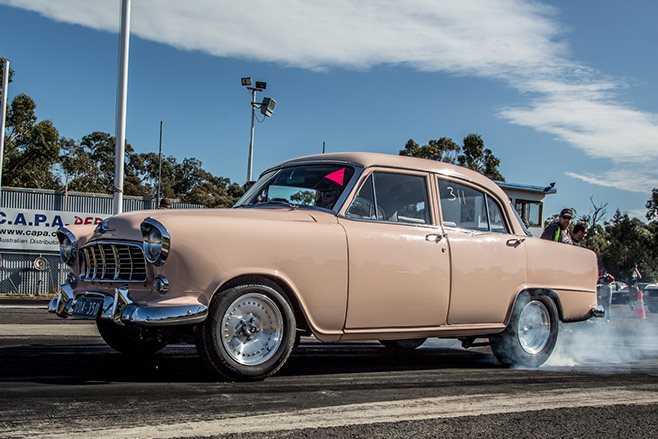 Behind the engine is a transbrake-equipped TH350 gearbox, while the diff is a Ford nine-inch with an LSD centre, 3.5 gears and a set of Caltracs.

Scott started the project in 1989 and she hit the road as a fully engineered and legal car in 2001. He took it to a heap of car shows and mainly used it as a family cruiser for himself and his partner Virginia, who shares his love of old Holdens. But he wanted more power, so he started piecing together a tougher 350ci Chev combo, which went in the car just before Christmas. 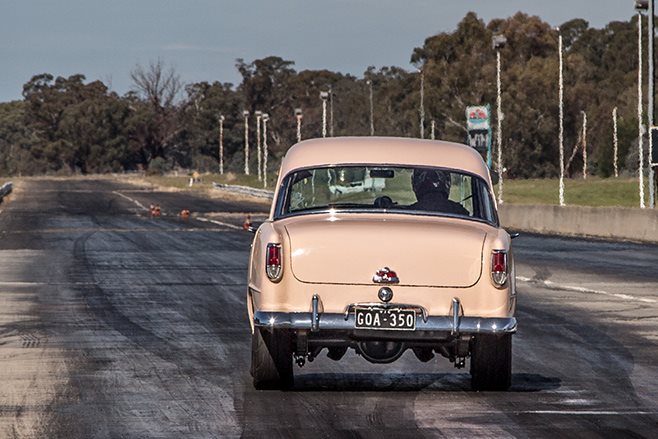 It’s fair to say Scott has now been bitten by the drag racing bug. He figured he has a car with decent horsepower, so why not see what it can really do on the track? Scott wants a ten-second time slip out of the car in its current configuration, and he’s oh-so-close, with a PB of 11.01@129mph.

We caught up with Scott at the Holden Powered Nationals at Heathcote on Saturday to see what his Vanilla Peach FE Holden was all about! 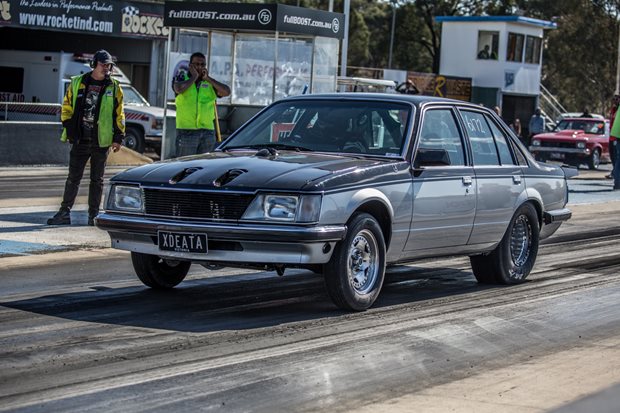 Fast Holdens tearing it up at Heathcote Park Raceway 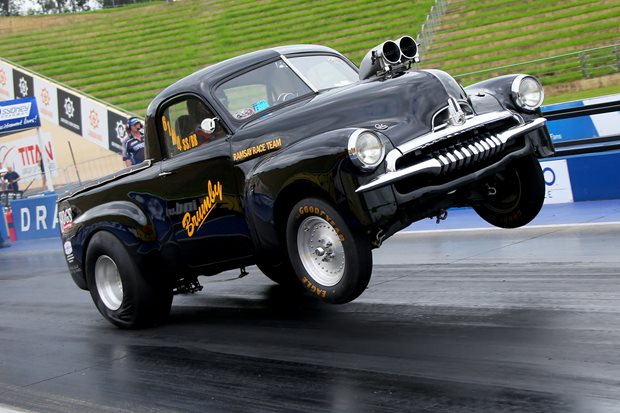 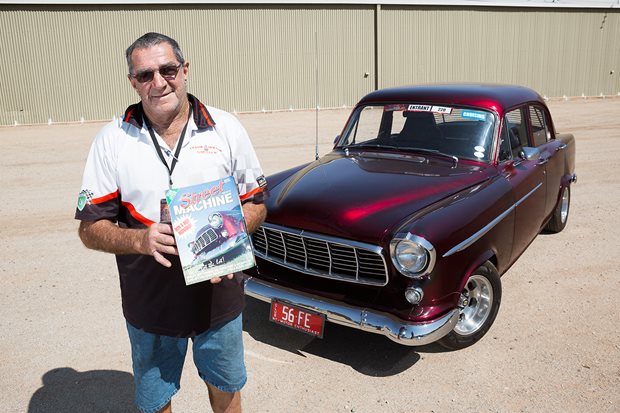 CANDY ‘N’ CHROME FE HOLDEN TURBO: WHERE ARE THEY NOW?