I HAVE never seen Calder Park so jam-packed with cars in my entire life. With the queue to get in the gate for the final Test & Tune session for the year extending down the Calder Freeway, and similarly lengthy lines to sign on as a driver or crew member, Calder Park hasn’t been this busy in a long time. The quality of cars was high too, with some of the quickest street cars in Melbourne rocking up to cut laps. 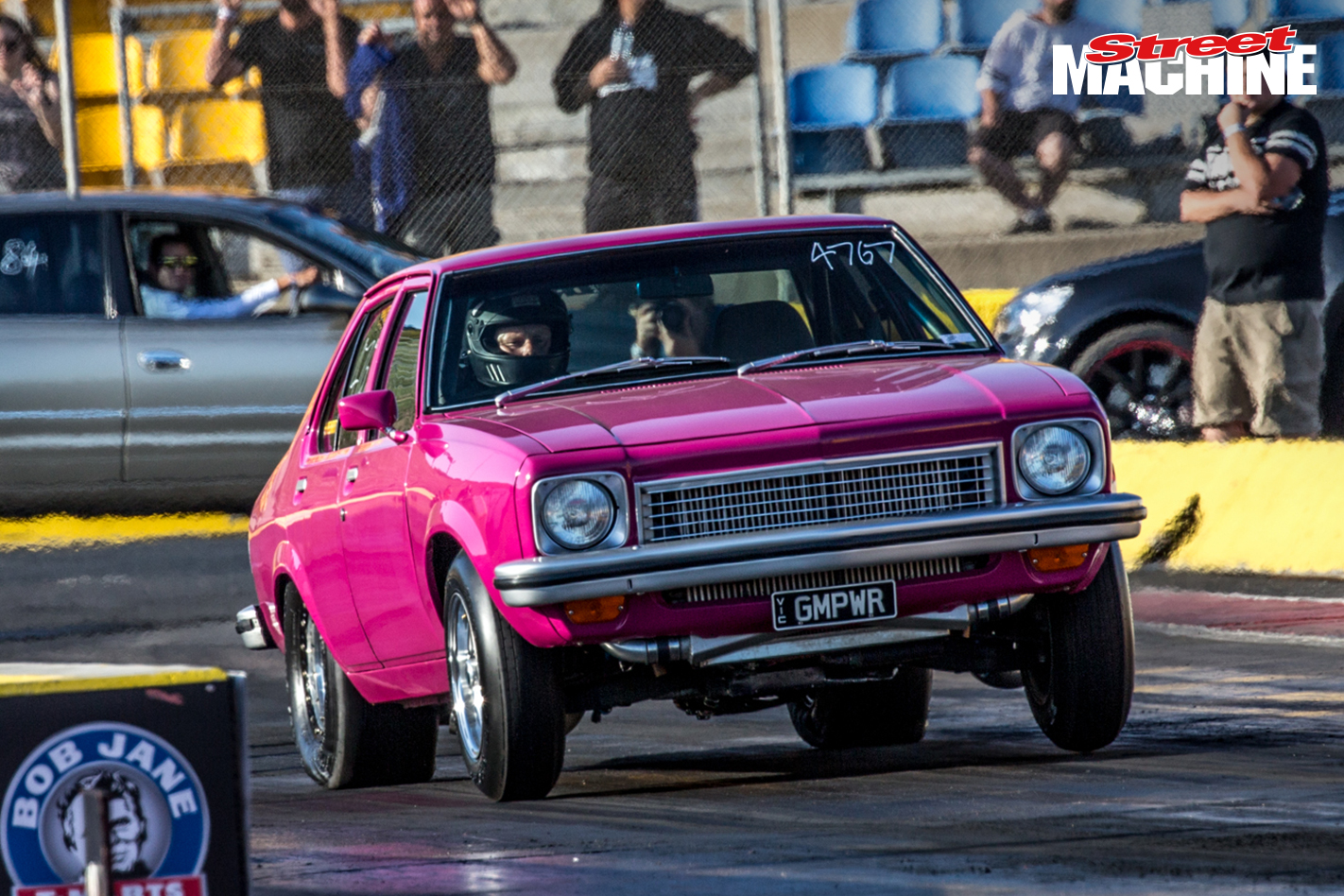 Our Street Machine Drag Challenge 2017 winner Quentin Feast was on deck and ready to send it. With the cool air temps late in the evening, Q was planning on cranking up the boost on his twin-turbo LS-powered Torana. However, too much grunt resulted in smoking the tyres, and he couldn’t get quicker than an 8.00@174mph. 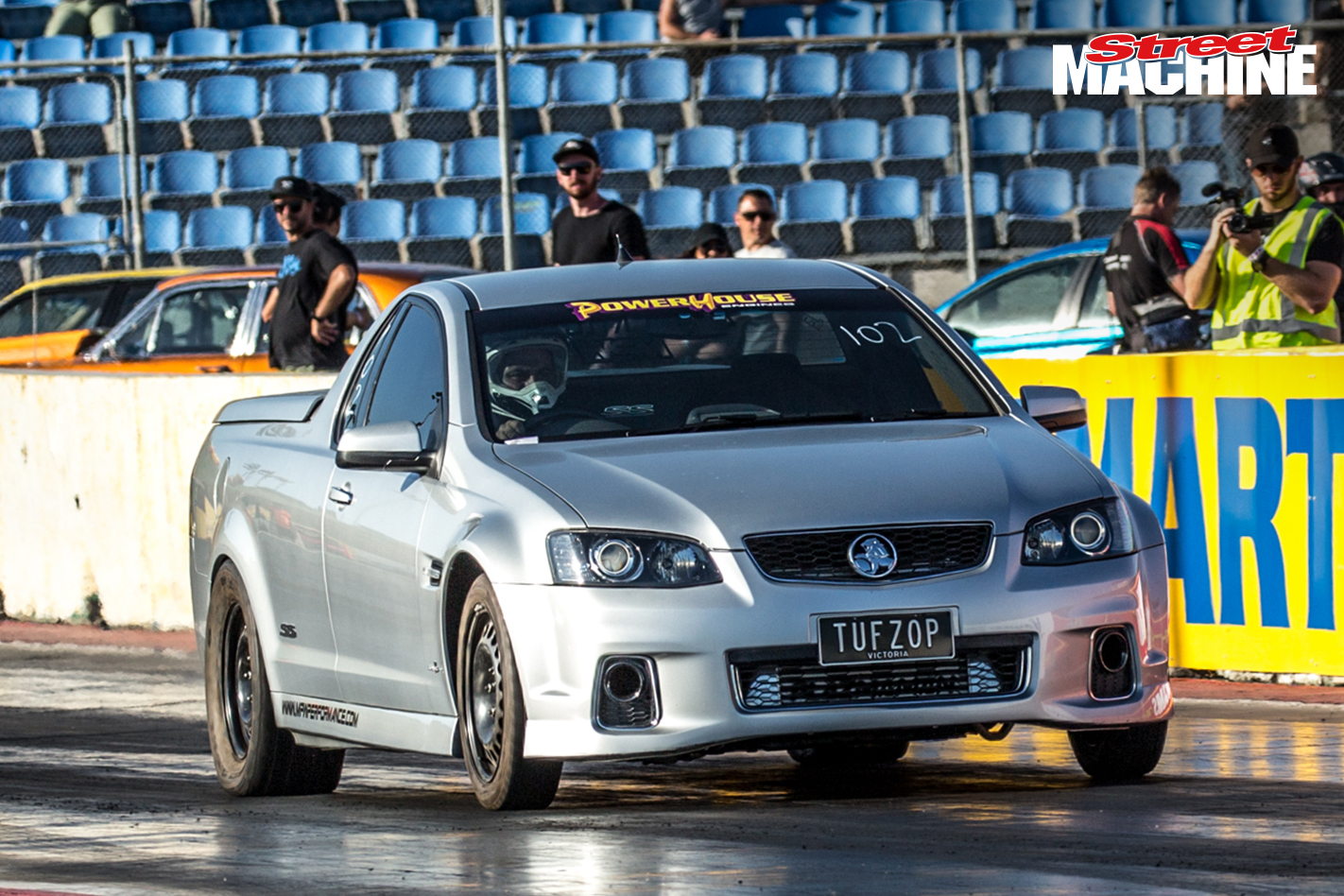 Chris Cutajar spends plenty of time at the track crewing with Adam Rogash when the latter is racing his seven-second VK Commodore, but he’s never actually raced his own car – until now! His VE ute runs a 427ci Dart LS Next very similar to Adam’s, but his is boosted by a big ProCharger instead of twin turbos. It runs a Powerglide and factory IRS. Chris was crapping himself before racing as he’d never even been down the quarter-mile before, but after a 10.60 on his first go driving off the line he was cool as a cucumber again. He went around again and tried launching off the transbrake at 4000rpm, but it didn’t hold and blazed the tyres. With some more fine-tuning the car should have an easy nine in it. 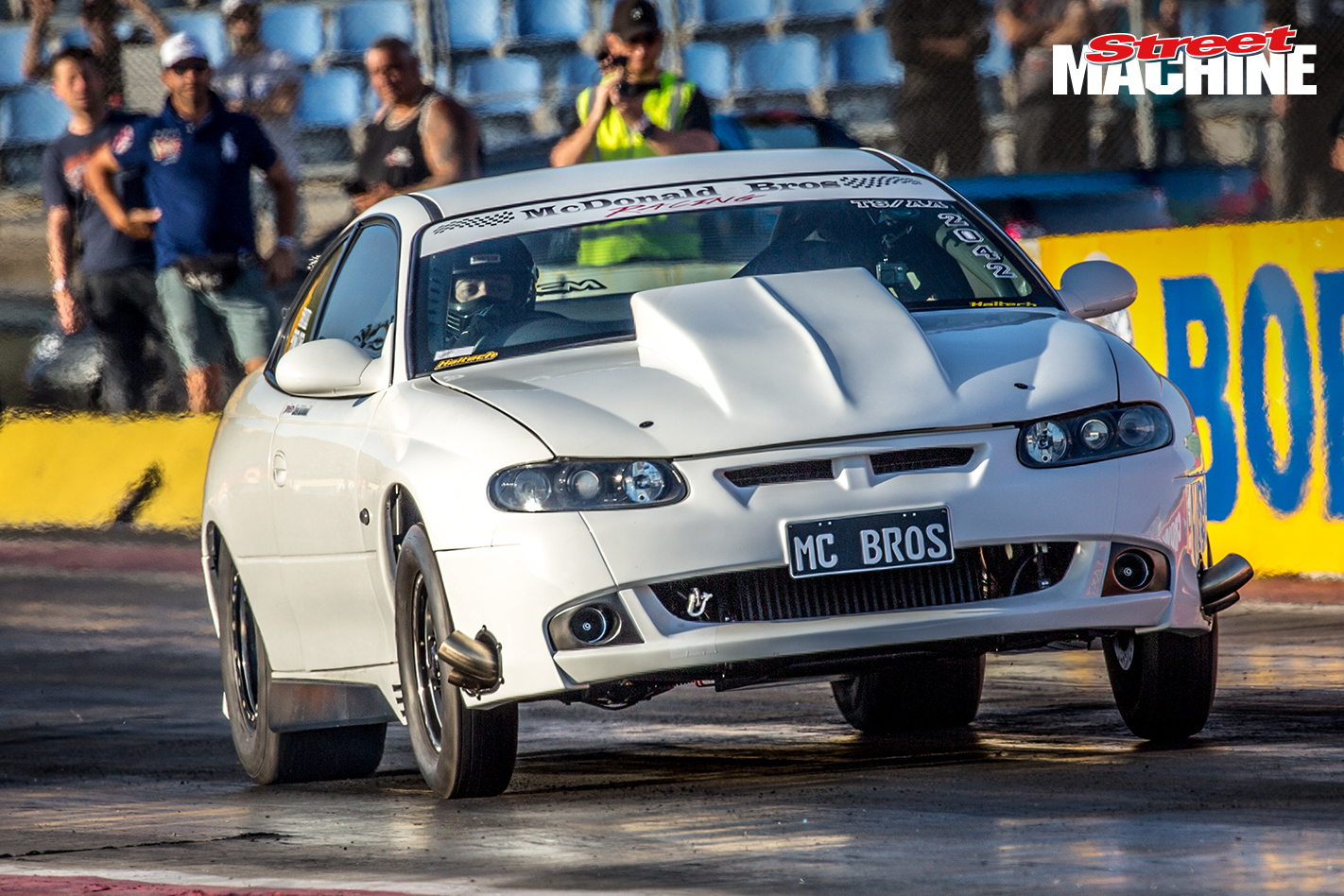 The McDonald Brothers were back out with their twin-turbo small-block Chev-powered HSV Coupe. After running 8.20 on their first outing a few weeks ago with the new combo, they were keen to improve, but overpowered the track on both passes. 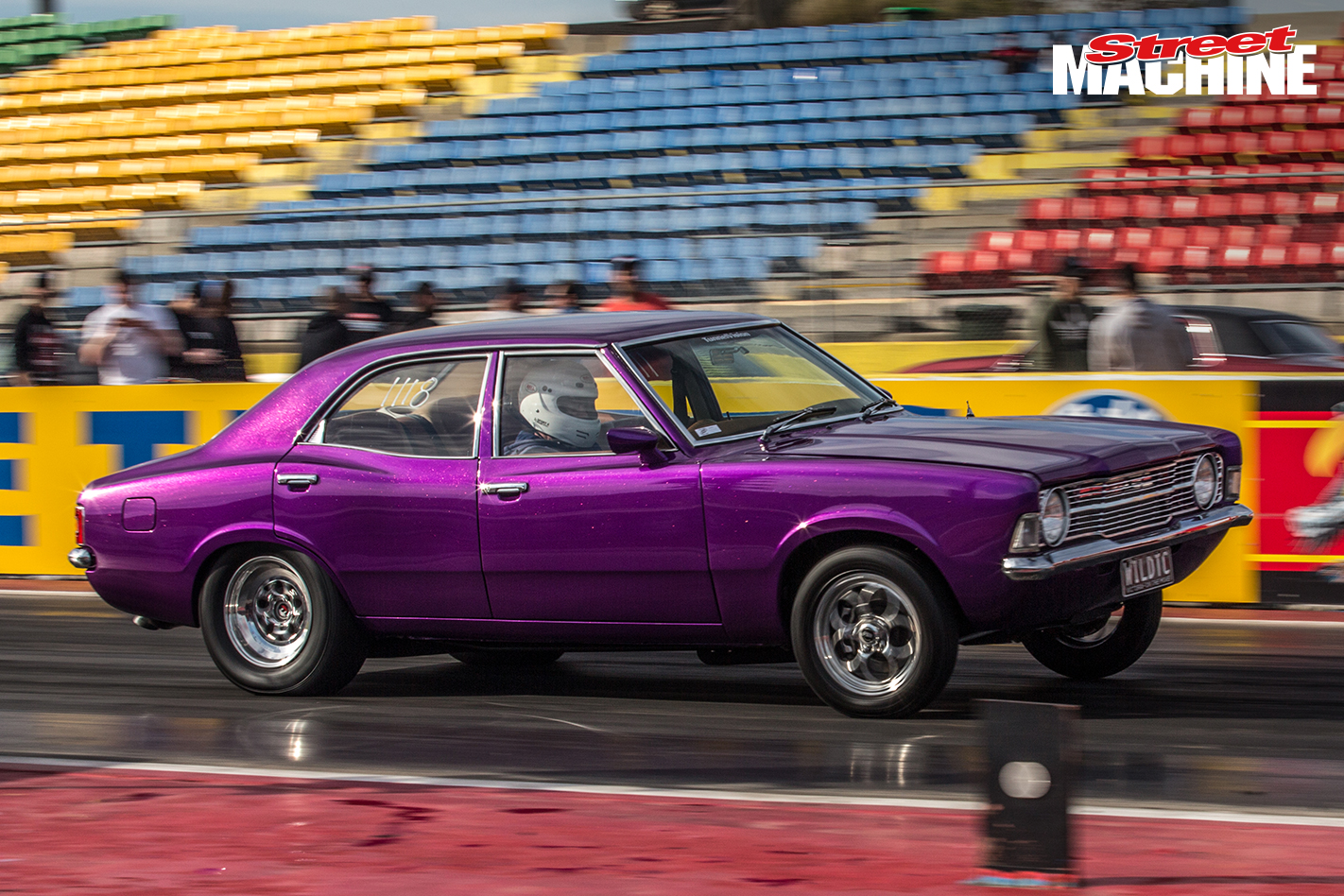 Vince Riccotti did his first full pass in his turbo AU six-powered TC Cortina with its new E85 fuel system setup by Jason from Tunnel Vision. Previously it ran on gas and the switch to Ethanol has increased the power significantly and we're expecting to see eight-second timeslips from this car in the near future. On his first and only pass of the night, Vince went 9.14@152mph. No rollcage meant he was booted off straight away, but he was happy with the result. 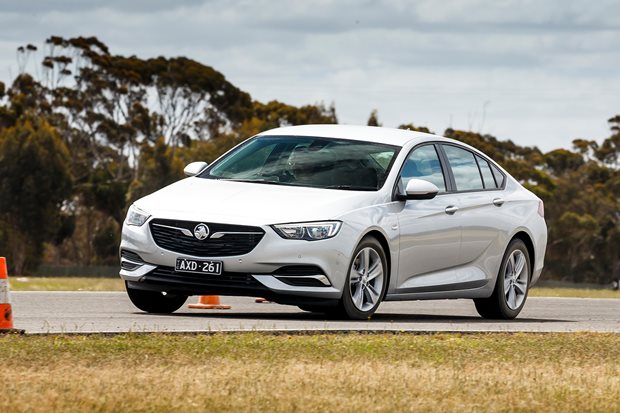