Colin Boyd pushed his nitrous-assisted, 582ci big block-powered Chevelle into the low eights at Sydney Dragway on the weekend

COLIN Boyd’s ’66 Chevelle moves quickly for a big beastie, and it’s getting quicker all the time. Col, from Kurrajong, NSW, was out flexing his American muscle at Day Of The Drags at Sydney Dragway last weekend, using the occasion to tweak a recently installed nitrous kit.

He’s owned the Super Sport for four years and has raced it for the past three, but it was another Chevelle, a ’68, that initially got him hooked on speed. “Years ago I was looking to buy an American street car, something big, like an Impala,” Col recalled. “But the garage where we were living at the time was too small to fit an Impala, so I went with a Chevelle instead.” 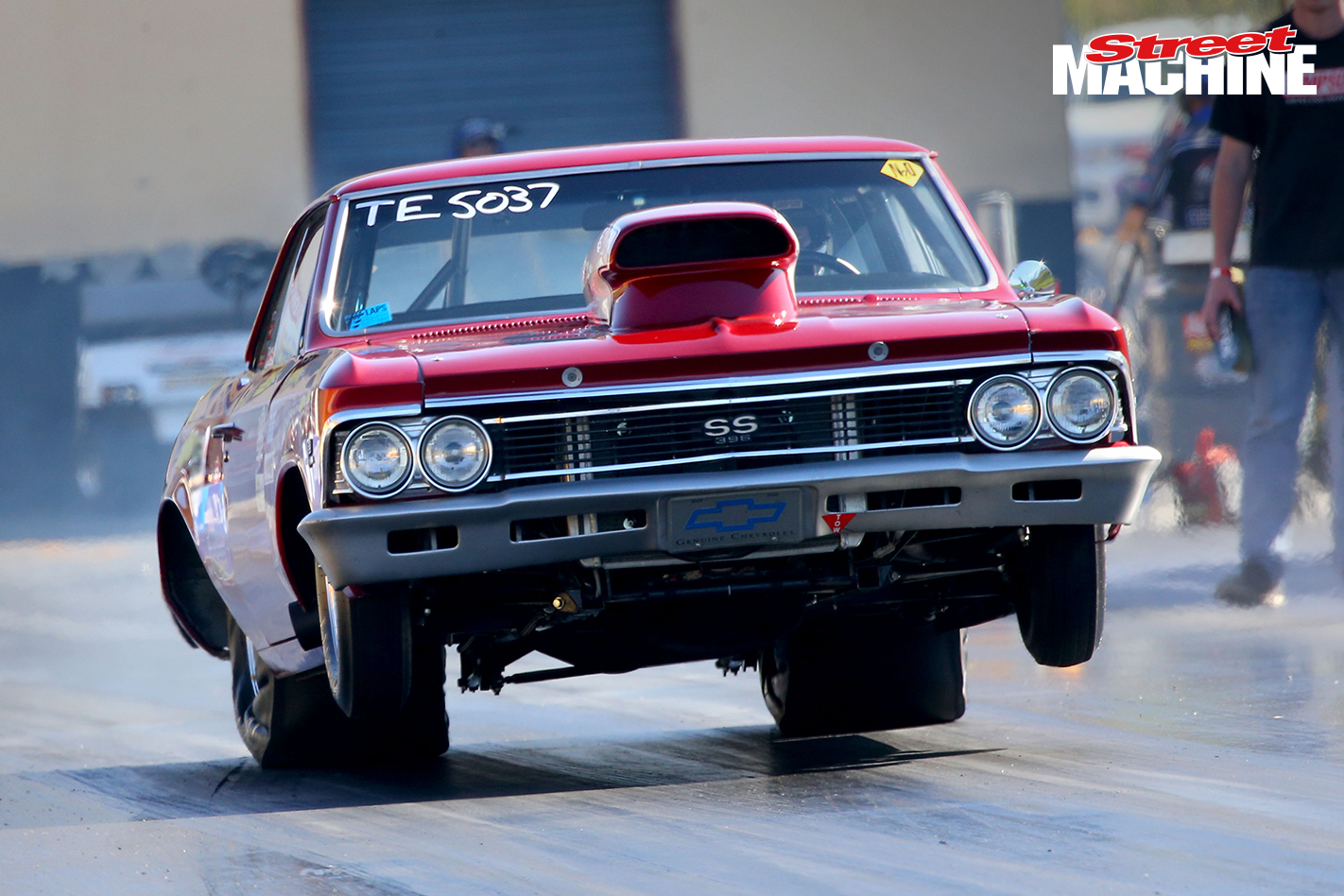 But as Col began to soup up the ’68 for some cameo track appearances, his need to go faster intensified. “I had goals to go faster and faster that the street car was not able to keep up with,” he said. “And the way I was going, I was going to destroy it, and it’s a really nice car, so I went looking for another car from the States, a Chevelle specifically.”

Col bought his ’66 as a roller out of Amarillo, Texas. A full-chassis car with an original SS body, it’s all steel bar the fibreglass front clip and boot lid. Weighing in at 1400 kilos, it’s a heavy race car, but the Lewis Racing Engines-built 582ci big-block gets it down the strip in eight seconds without a hassle. 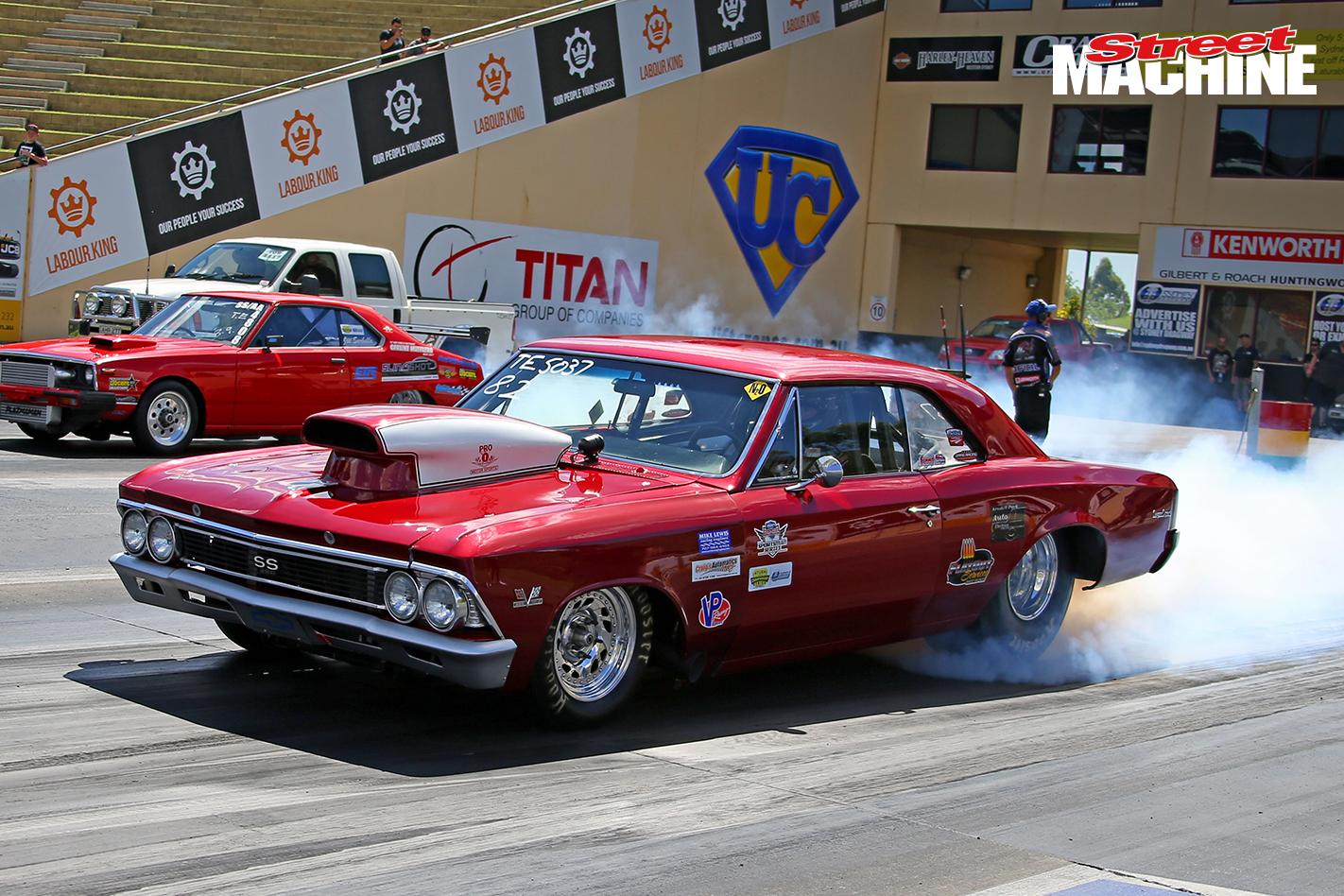 Col is into his third season in the Atura NSW Drag Championships, and while in previous years the car has run 8.7s on the reg in the Super Sedan class, a shift up to the 8.5-or-quicker Top Sportsman class saw him reach for the nitrous bottle.

Day Of The Drags was only its second outing on the happy gas, and Col ran a PB of 8.18sec straight off the trailer. He followed that with four more runs, none of them slower than 8.3, and at the end of the day finished runner-up in the Top Eliminator 7.00-9.00 class.

Obviously the goal now is to dip into the sevens, and Col reckons carbonfibre might help get him there. “We’re going to lighten it up a little bit, because it’s all about the weight in this sport,” he said. “We’ve got some carbonfibre doors in the process and we’re looking at taking another 100lb [45kg] out of it, roughly. That’ll hopefully improve it by around about a tenth of a second again, which doesn’t sound much but it’ll definitely get it into the sevens pretty soon without having to lean on the motor too much.” 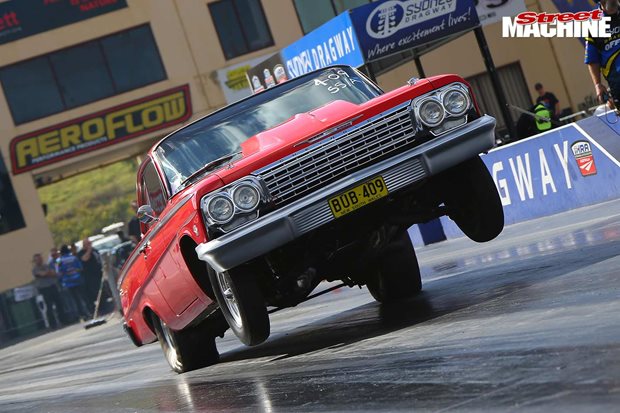 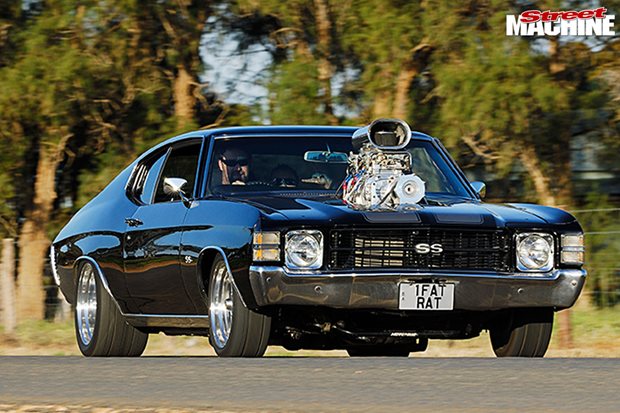 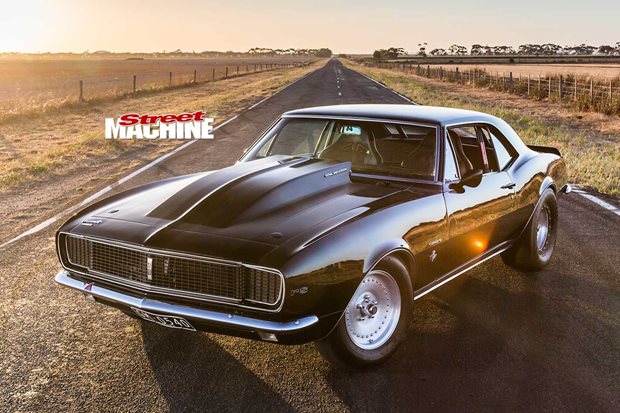