Mark Drew's twin-turbo crusty Torana hits the wall after the throttle stuck open on a 170mph pass and survives! 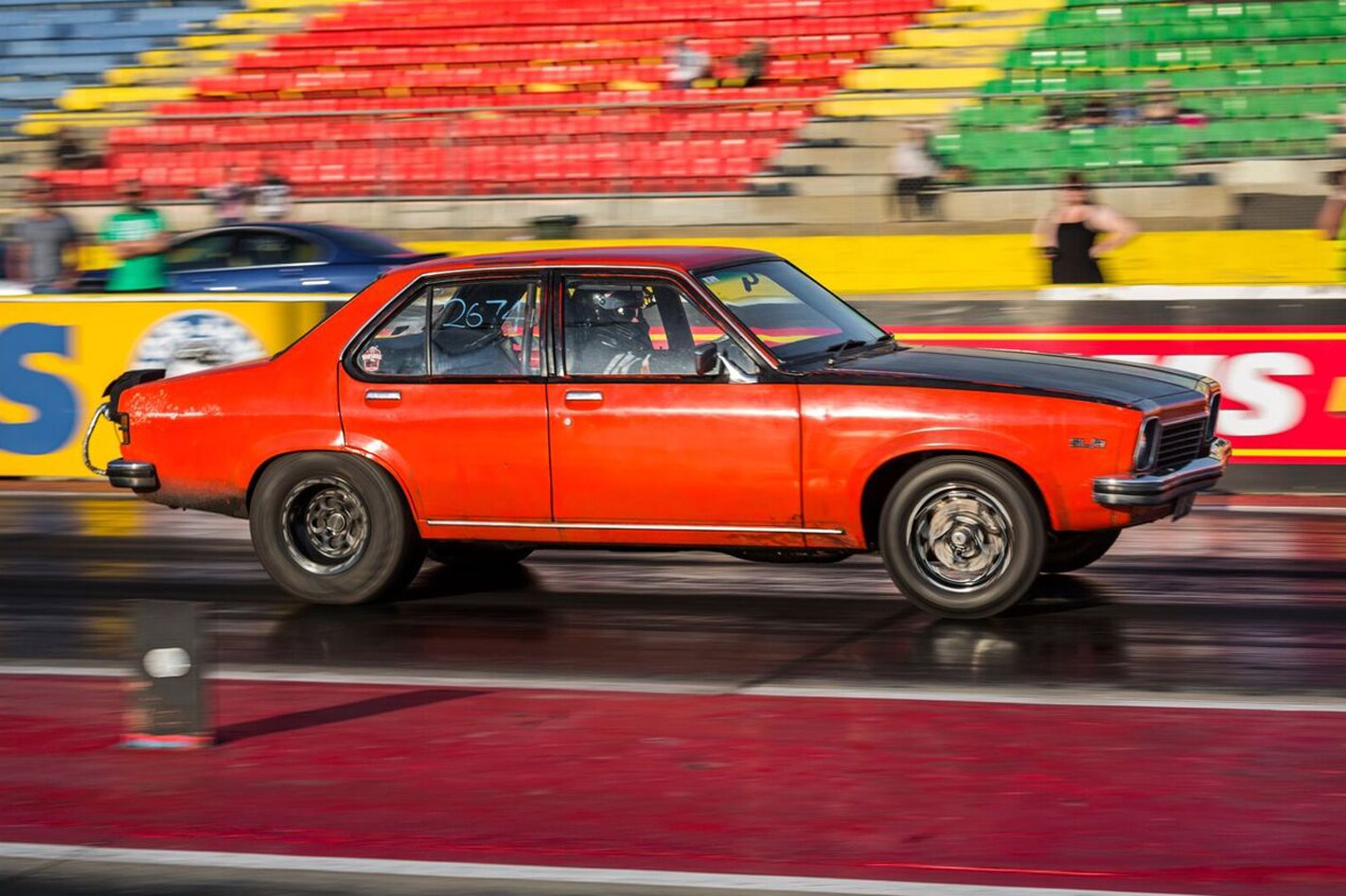 Unfortunately for Drewy, the night ended early, with his twin-turbo LS-powered Torry in the gravel after a wild ride through the top end with a throttle stuck open. As the car went through the beams and Drewy pulled the ’chute, it went straight across to the right-hand lane and then back across into the concrete wall on the left.

Quick thinking from Drewy and some serious wheel work kept the damage to a minimum. When you’re crossed up at 170mph it doesn’t normally end this well, or indeed with the wheels still on the deck. Drewy managed to hit the key and shut the thing off while it was sliding across the track at around 170mph – have a close look at the onboard footage! 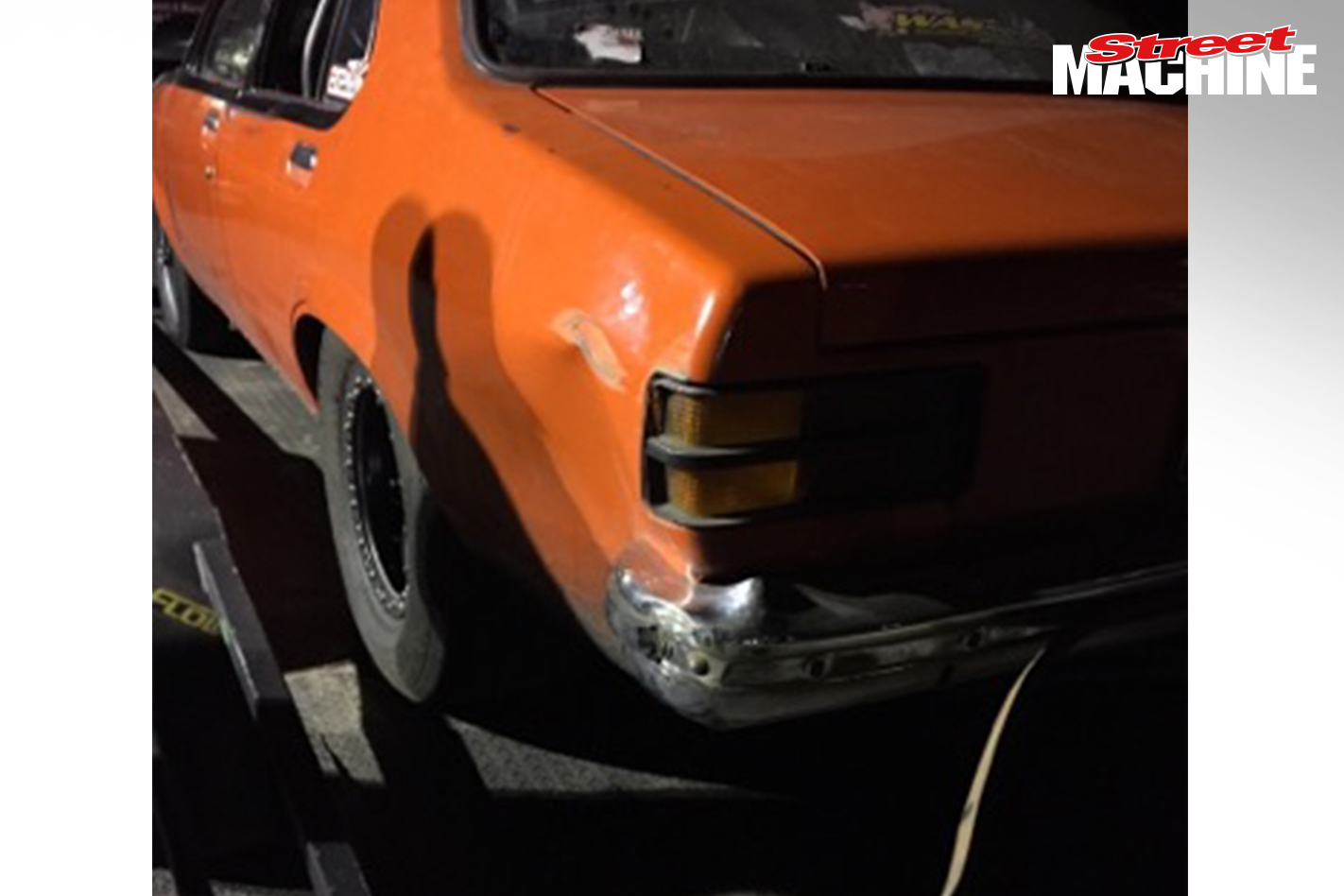 When the car came to a stop after pinballing across the track, Mark simply unbuckled and hopped out completely unharmed. “Still ran an 8.1,” he laughed afterwards. 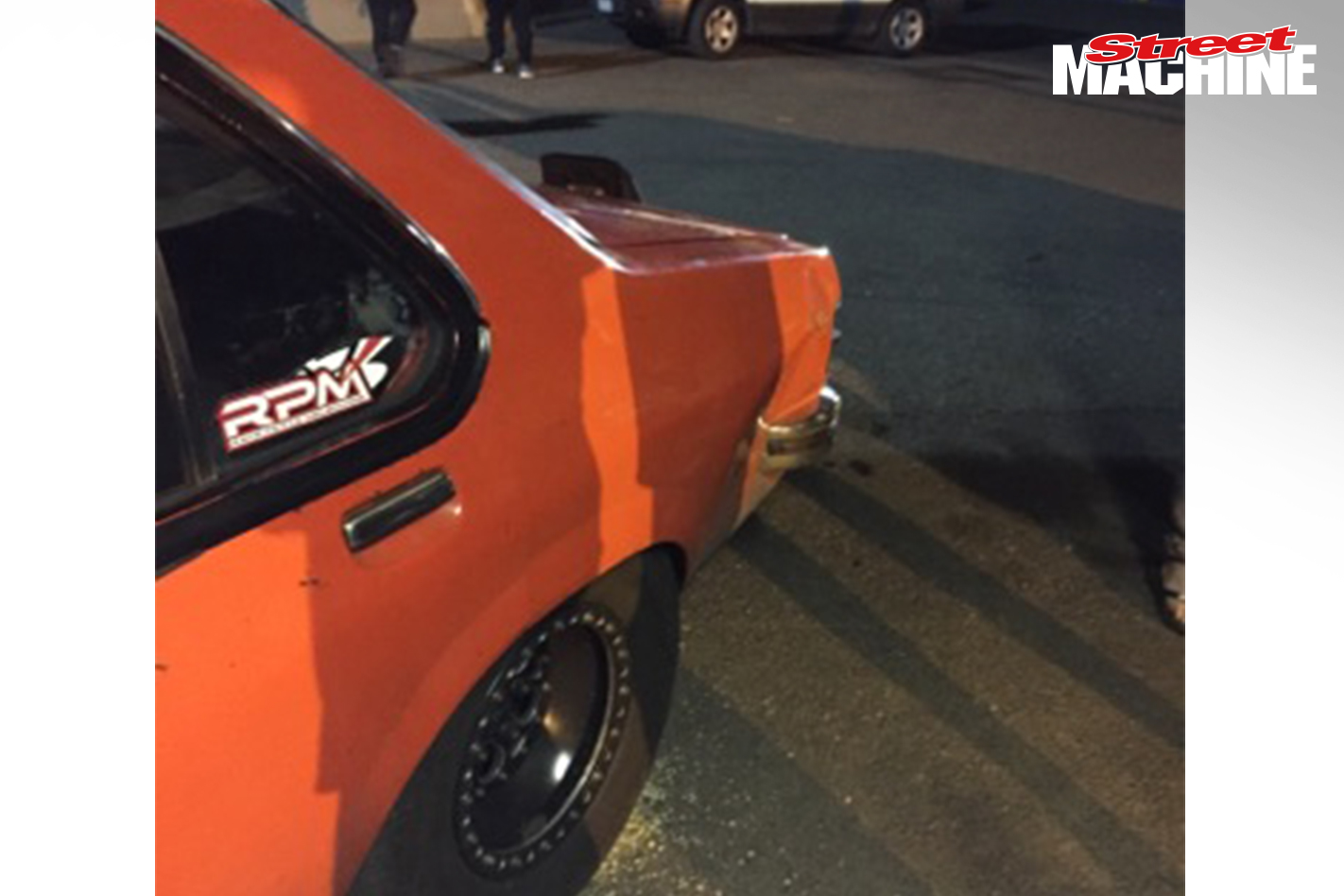 During the accident the front left wheel sheared off the car, bounced up and smashed the rear passenger window, and the rear quarter was dented from smacking the wall. Otherwise the car was basically fine aside from a bent throttle blade and an engine bay full of dust and rocks. 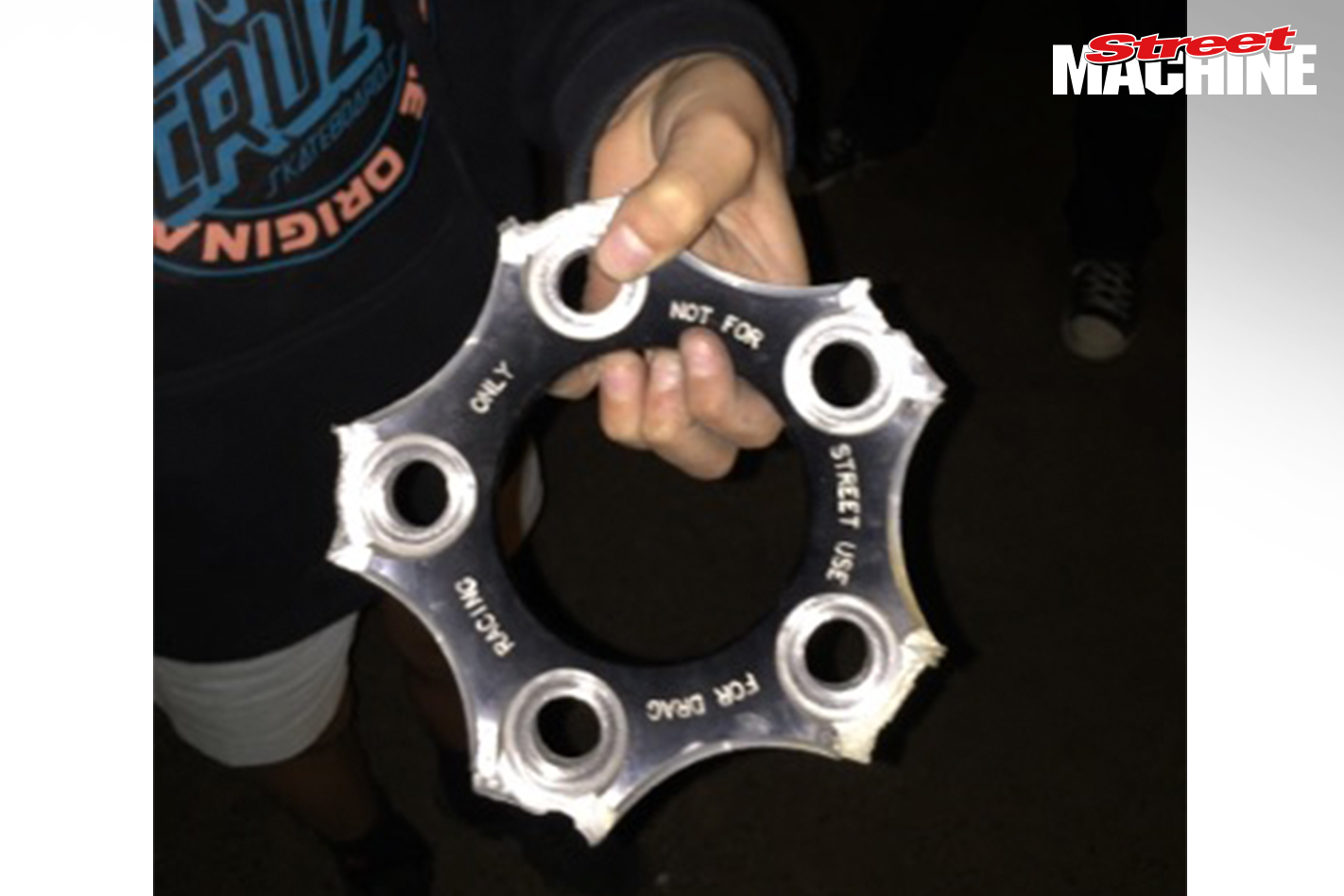 Will Drewy still make it to Drag Challenge and compete in the Haltech Radial Blown class? Well he’s already got the car running again, repaired the front end and a new rear bumper is on its way. Tonight the car is going on the jig to check it’s still straight, and if all goes to plan, Mark will be at Adelaide International Raceway on 13 November ready to race. Good luck mate!