VICTOR Paplos’s Holden LX Torana hatchback is a regular eight-second performer, but some new heads and some steeper gears have made the Holden much more aggressive off the line. Check out this wheelstand from last weekend at Calder Park. 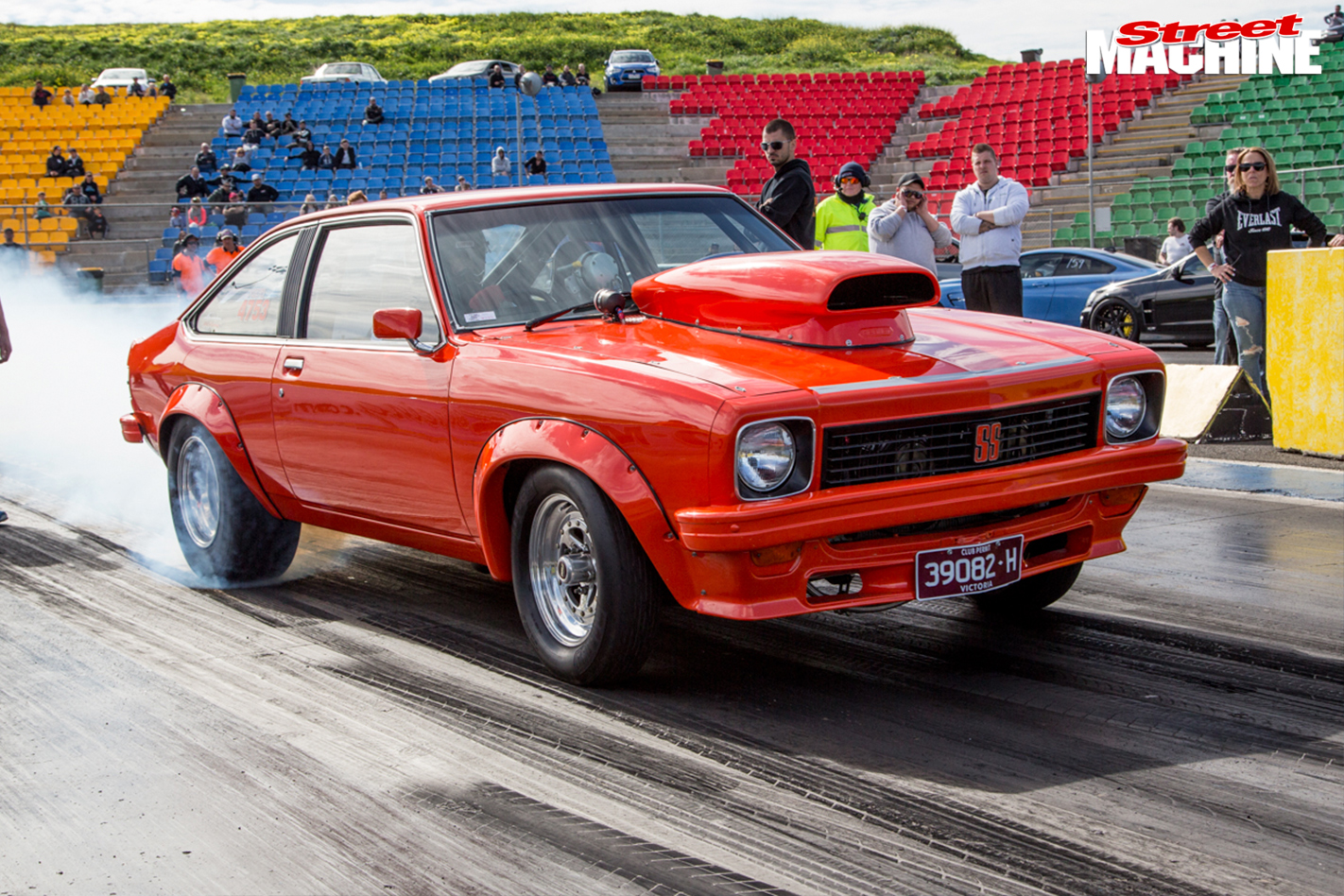 Powered by a naturally aspirated 540ci big-block Chev, the Torana has run in the 8.80 range previously on 275 radials, but Victor wants to see mid-eights from the car. In the hunt for more horsepower he recently stepped up to some better-flowing heads and has gone from 3.7 gears to a much livelier 4.3:1 ratio.

“It was a bit lazy in the top end,” Victor told us at the beginning of the day. “It was only crossing the line at 6600rpm.” 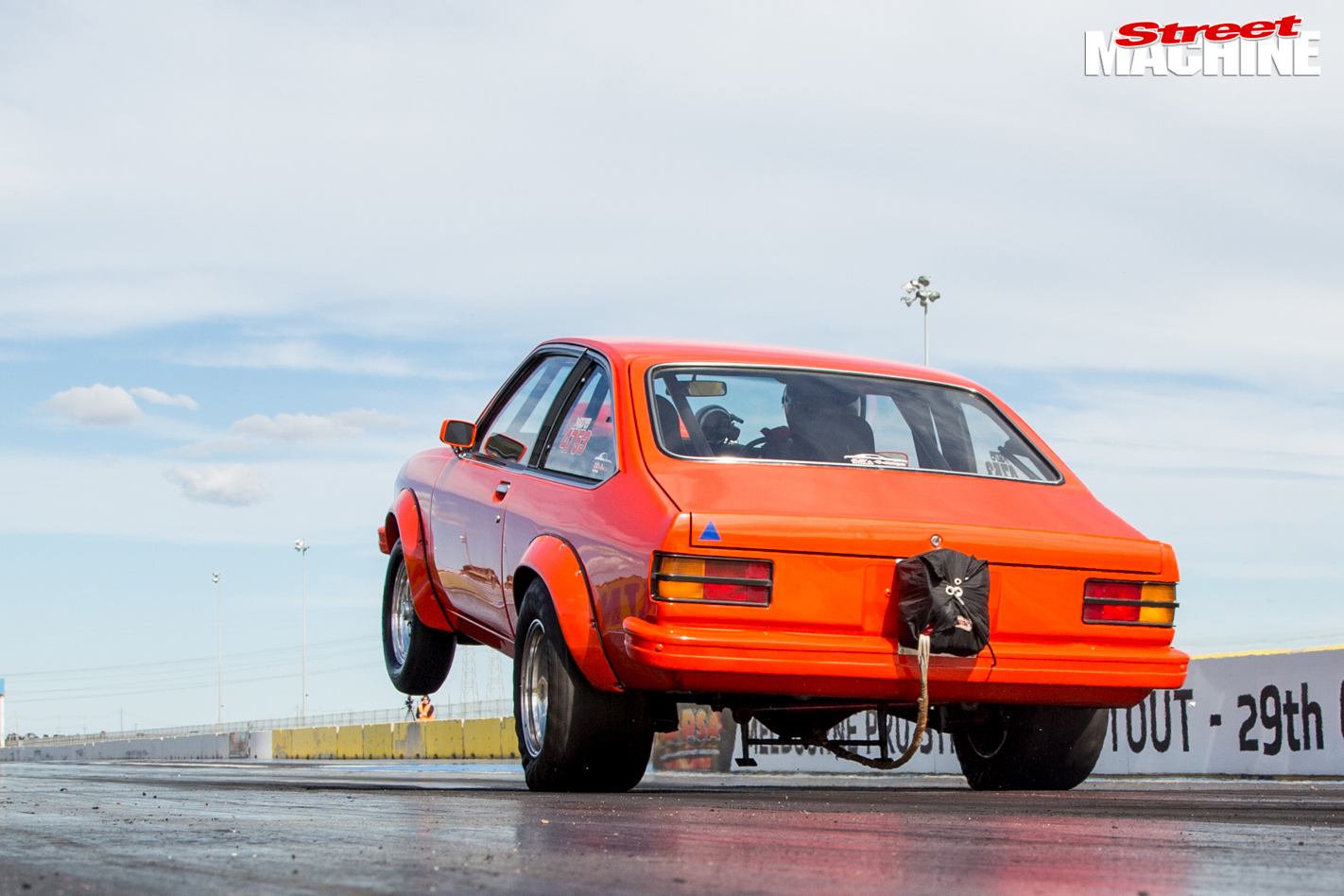 The combination of more power and steeper gears saw the front end come way off the deck during the car’s first pass. Victor had to back off to stop the Torana from standing up on the bumper, and then the front end came slamming back down to earth. Damage to the car seems to be minimal; Victor brought the LX hatch out for a couple more runs later in the day, but he took it much easier on the start and therefore the car wasn’t running its usual times. 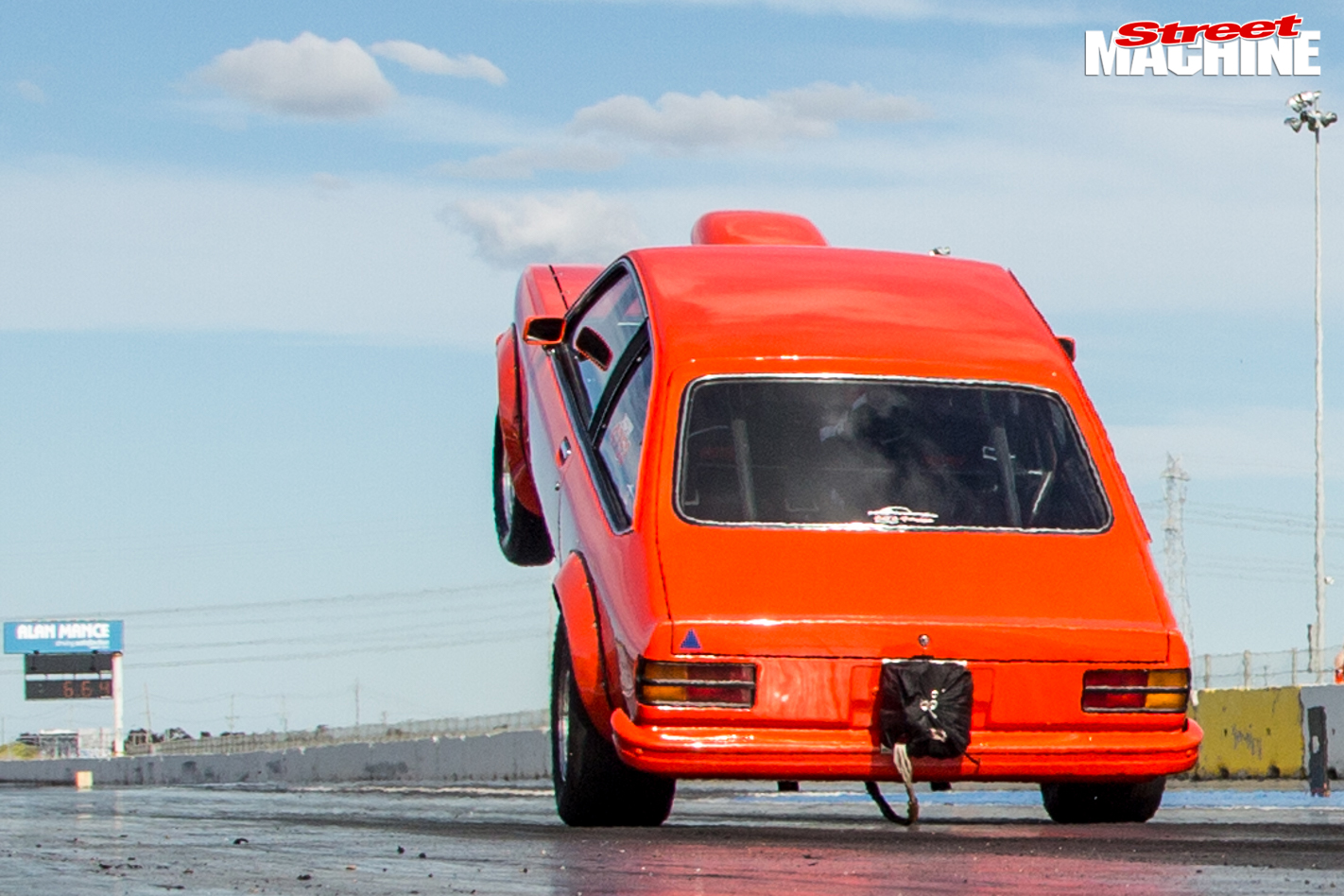 “The car is pretty consistent, but with the new diff gears it’s more aggressive,” Victor says. “But we’ll sort it out, we’ll get there. We’re going to see if we can run a high seven on the gas, but I want to run an 8.50 or 8.60 naturally aspirated [first] and then we’ll look at that.”