CRAIGE Lewis’s Ford Cortina is one of those cars that does it all. The thing is immaculate inside and out, yet is genuinely street-driven and has a PB of 7.50@189mph to its credit. The car is a total freak! 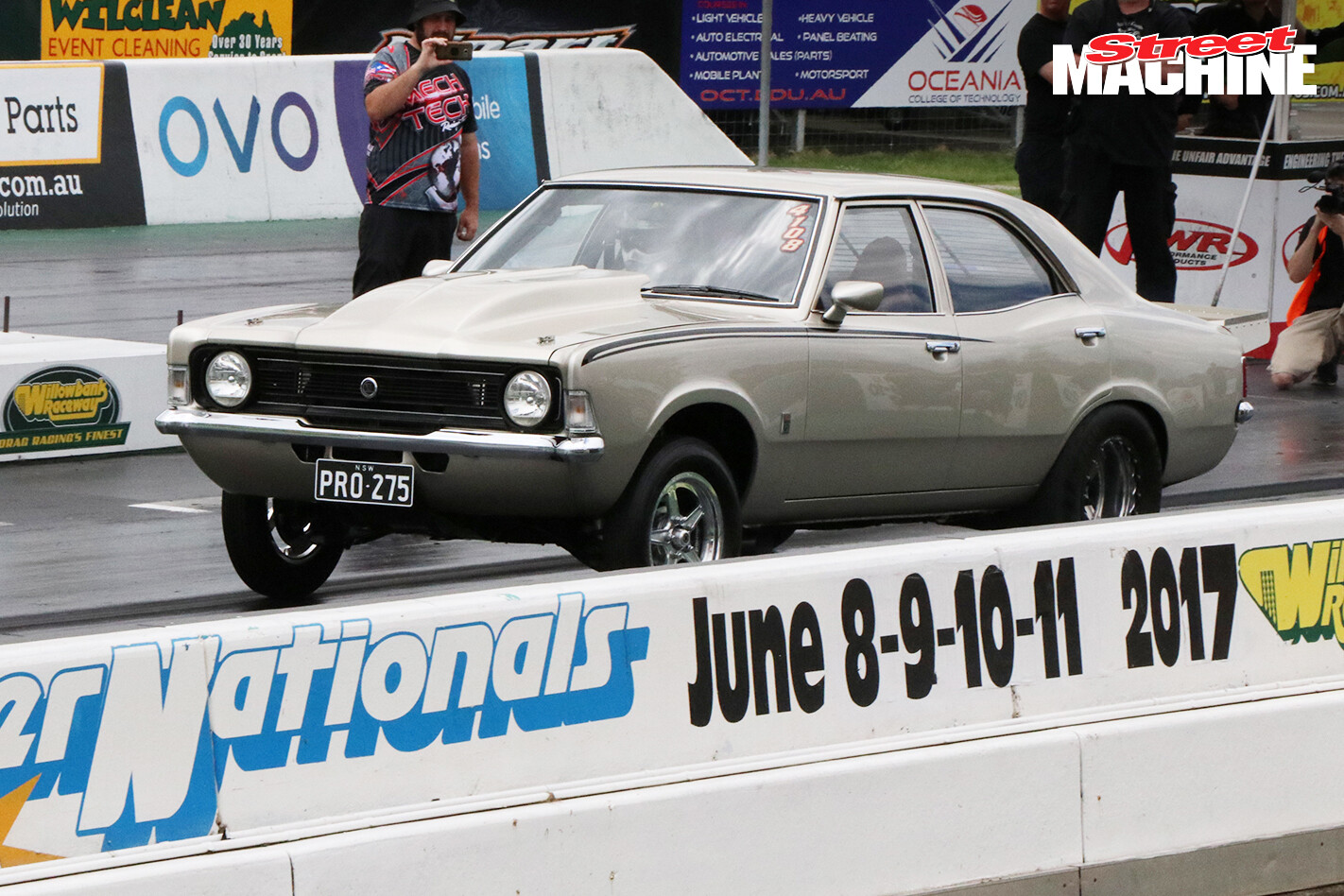 It’s powered by a Dandy Engines-built 363ci Windsor-based Pro Line Racing small-block, boosted by a pair of Precision Gen 2 turbochargers. On methanol, it’s putting out around the 1850rwhp mark through a Protrans Powerglide and nine-inch floater rear end. It’s plenty to get this tough Corty into the sevens – and mid-fours on the eighth-mile, which we saw during testing for the Kenda Radial Riot up at Willowbank Raceway a few weekends ago. NSW-based Craige only just made it up to Queensland in time, after he dropped a lifter during the final round of Grudge Kings in Sydney a few weeks prior. Frank from Dandy Engines rebuilt the motor and Craige received it back the Wednesday before Kenda testing on Friday. He had it running in the car by Wednesday night, before hitting the road and arriving at Willowbank at 3am Friday morning. What an effort! Unfortunately, it rained Saturday so the meet was called off, but Craige still got some runs in on Friday.

For a car that has run a 7.50-second quarter-mile, Craige still reckons it makes a reliable streeter. “I just put the full exhaust on, change the boot lid to one without the wing, and put ethanol fuel in the tank instead of methanol that we race on, and I can drive it around wherever,” he says. “I’ve driven to and from the track 200-odd kilometres and taken the kids to school in it. It’s got a big 70-litre tank so it’s great, it even fills up from the factory filler.”