A FEW weeks ago I got a call from the MPW boys saying that they were trying new camshafts in Luke Foley’s twin-turbo alloy 6.0-litre VH Commodore as a bit of research and development and that it should make a heap of power. We got the car on the dyno, wound about 20psi into the thing and would you believe it made less grunt than before – 718rwhp is a stout effort but, a lot less than what the car is capable of. 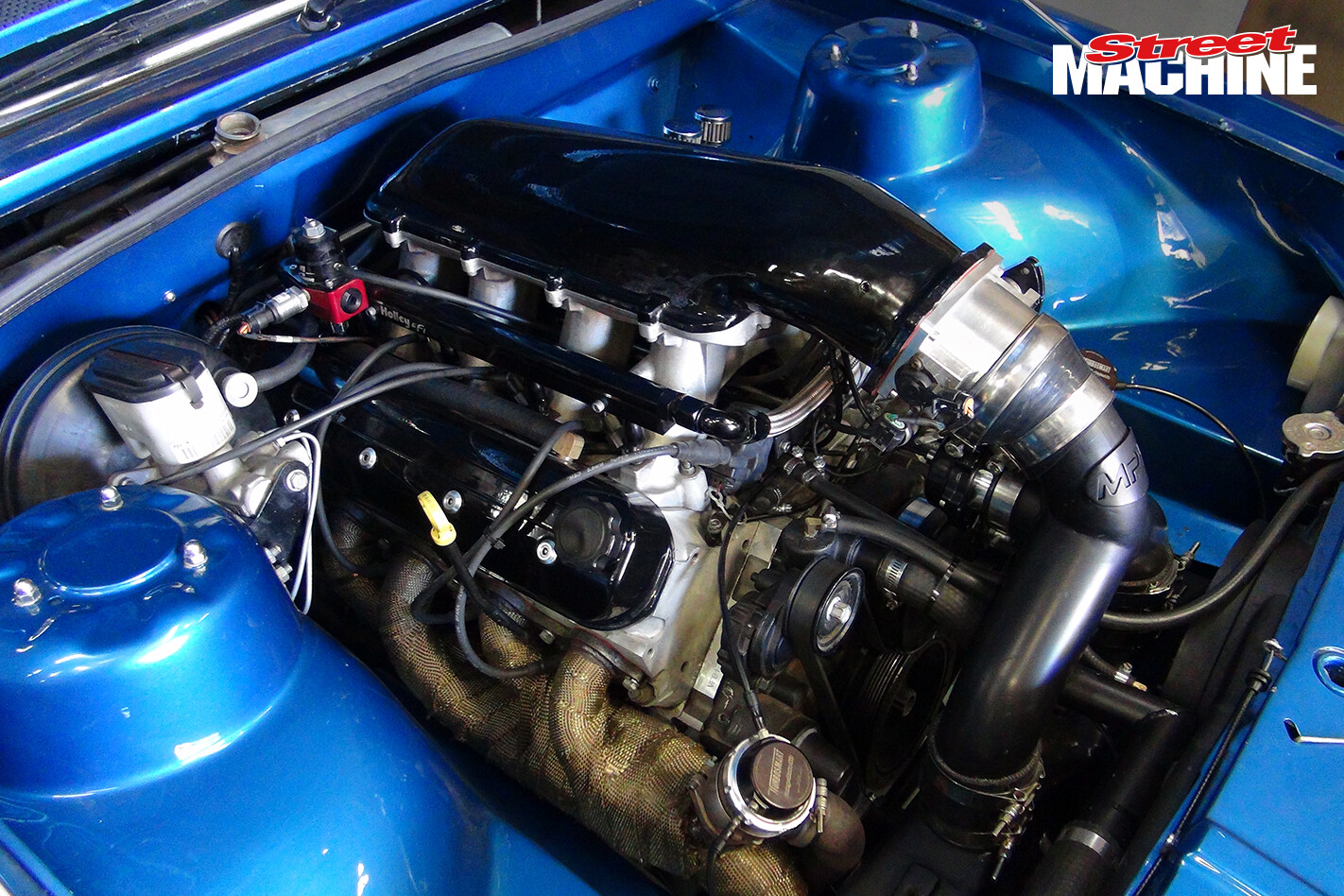 Luke’s Commodore is undoubtedly one of the fastest genuinely street driven alloy 6.0-litre LS-powered cars in the country. He frequently drives it from his home in Geelong to work at MPW in Dandenong (for interstaters that’s about a 1.5 hour trip each way), and has been to every Street Machine Drag Challenge. He ran his PB in the car at DC 2016, clocking an 8.77 @ 153mph.

Luke’s car is being used to test out a bunch of custom grind cams the MPW guys have designed that will eventually be available for customer cars. Clearly the first one didn’t work. “That’s why we’re doing this research and development work,” said MPW’s Adam Rogash. “With these turbo LS setups we want to be a step ahead, so we’re taking the time to see what cams work and what don’t with our own custom grinds rather than using off-the-shelf parts. This one made significantly less than what we normally see from Luke’s car despite being a bigger cam.” They boys then told me to come back in a couple of weeks when they had another one of their experimental sticks in the alloy 6.0-litre. Running the exact same boost, on the same dyno, same sort of ambient temperatures, just with a new cam, the VH made a massive 965.6rwhp – more grunt than this combo has ever seen! It spools up on the transbrake quicker, gets out of the hole quicker and punches harder in the top end of the rev range, reckons Luke. We’d call that a success.

For anyone that wants to complain about using different tyres – the old hard compound set was absolutely roasted after the handful of runs the boys did with the first cam, so much so that the steel belts were showing. The drag radials we did the second dyno session on are actually harder to make power with because they quickly overheat and slip on the rollers, which is why the second run only saw 906rwhp instead of over 960 – the rear of the car was wandering all over the dyno!

Luke is going to have the VH at Calder Park next Friday, hoping to beat his 8.77 @ 153mph personal best from the car.