The car packs a twin-turbo LS, which spat out 1400rwhp at 24psi of boost on the hub dyno at MotorEx. The Torry has a PB of 7.41@185mph across the Sydney Dragway quarter. 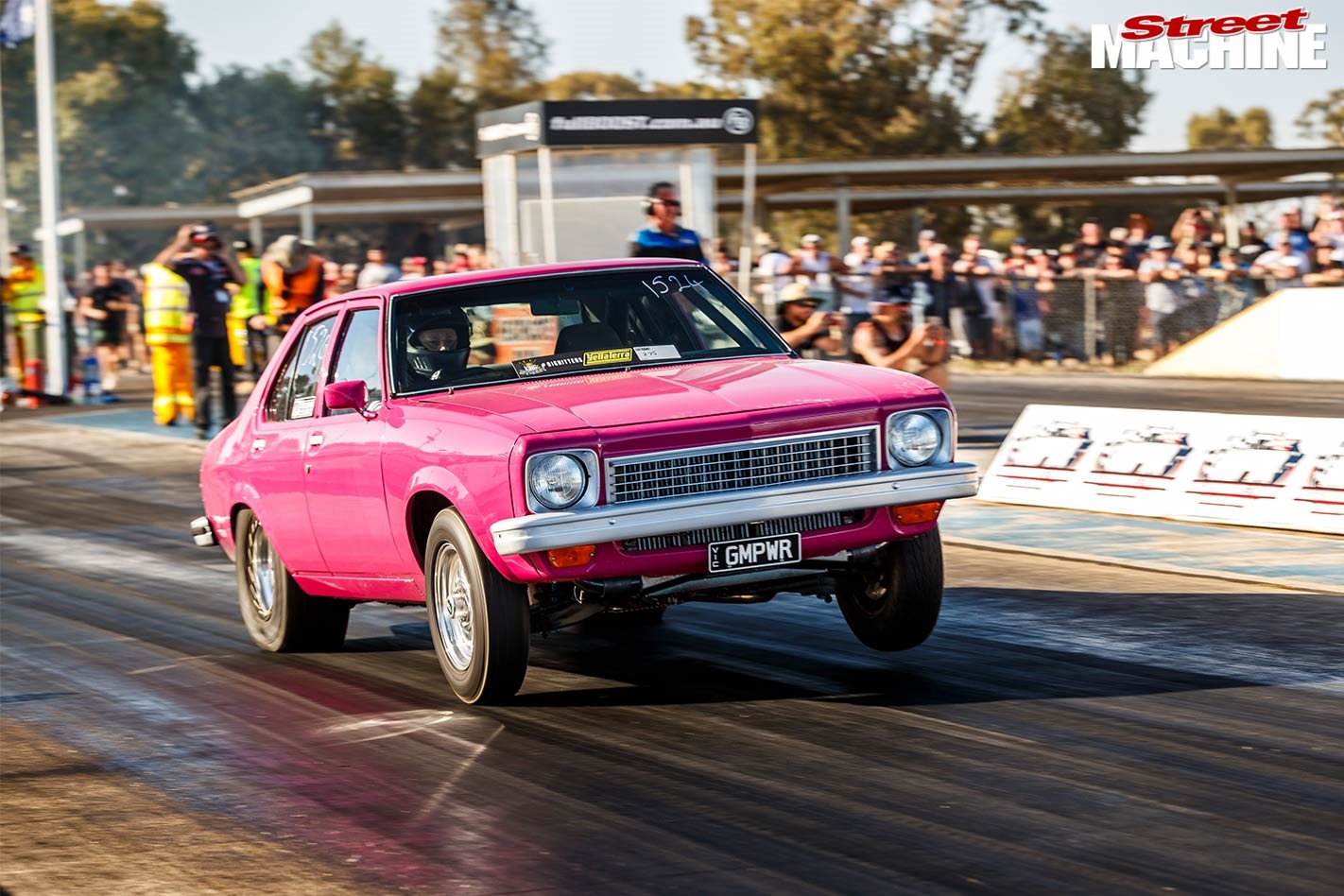 Quentin rocked up to the recent King Of The Street #6 event at Heathcote Park Raceway with plans to break some hearts, running a 7.9 straight off the trailer.

However, before long the seven-year-old donk blew itself apart mid-strip, putting a brutal end to the car’s campaign. The writing was on the wall for the engine, which Quentin says was due to be pulled shortly: “People were saying it should’ve blown up a lot earlier!”

With the Fullboost boys on hand, Quentin embarked on a coronial inquest into the six-litre’s demise.

There’s some impressive damage to be seen, including a bisected crank, mangled rods, and all manner of oil-pump shrapnel rattling around inside the block. Based on the data recorded by the car’s MoTeC system, Quentin blames the snapped crank as the initial failure.

Somehow, none of the pistons left the block. Combined with the fact that the car stayed clear of the wall, Quentin knows that things could have been much worse.

Quentin has some new go-fast parts already lined up, so rest assured that GMPWR will be back to smash seven-second ETs again soon!