TARA Johnston’s 1997 JZA80 Toyota Supra is the first example of this stalwart of the import drag racing scene to come to a Street Machine Drag Challenge event, and it didn’t disappoint, even running in Tuff Mounts Radial Blown class against seven-second monsters. Having ditched the stock twin turbos, Tara’s Supra runs a Garrett GT3582 with a billet 66mm front wheel, on top of a built three-litre 2JZ with Kelford 264/272 cams. It makes 680hp on 30psi boost with a flex-fuel tune, though it ran Drag Challenge Weekend on E85 only. “This is a daily driver and is as basic as possible,” said Tara. “We drove it 1200km from Cootamundra last year and it was great on the road. But simply fitting everything into the back of the car has been our biggest issue so far, as there is just not enough space in there.” Friday saw Tara get down to 10.24 at Willowbank after making plenty of runs, before she and hubby Scott hit the road in the cramped coupe. They got 50m down the road before deciding to wind up the coil-over shocks to stop the radials scrubbing. Tara just about wore out both drag strips, packing in dozens of runs over the weekend to really get her money’s worth, running a 6.68@104mph at Warwick before heading back to Ipswich. Sunday’s run at Willowbank netted a flying 10.13@122mph, which got close to the kick-out point for the un-teched street car. 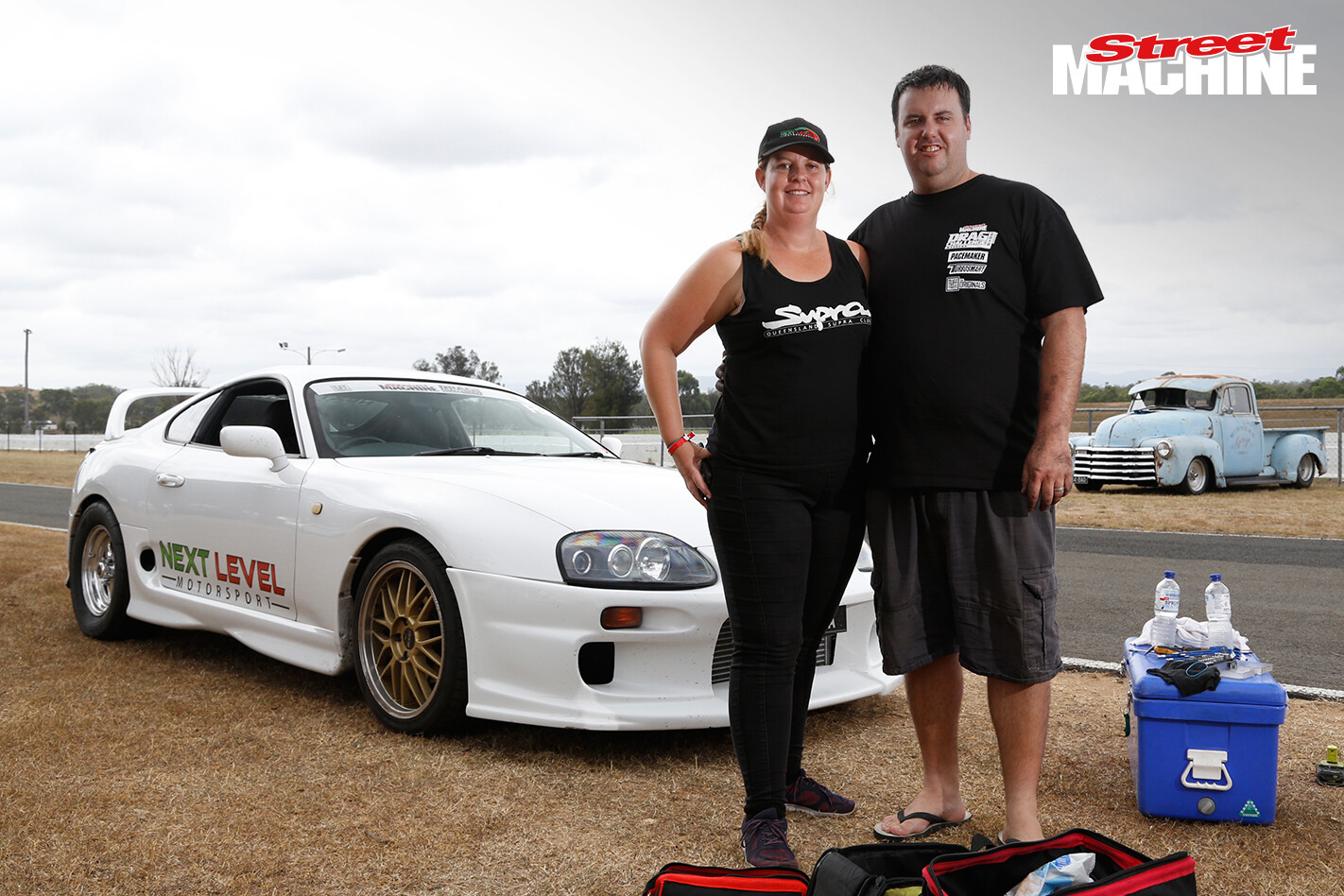 Tara walked away with the Quickest Six-Cylinder award for her troubles, and is keen to come back for more.