PEOPLE travel from all over the country to be part of the mad week of Drag Challenge, but some come from further afield than others. This year the Longest Distance Travelled award went to West Australian Matt Carey and his 2007 VZ SS ute, but his story involves a bit more than just towing a race car a long distance. 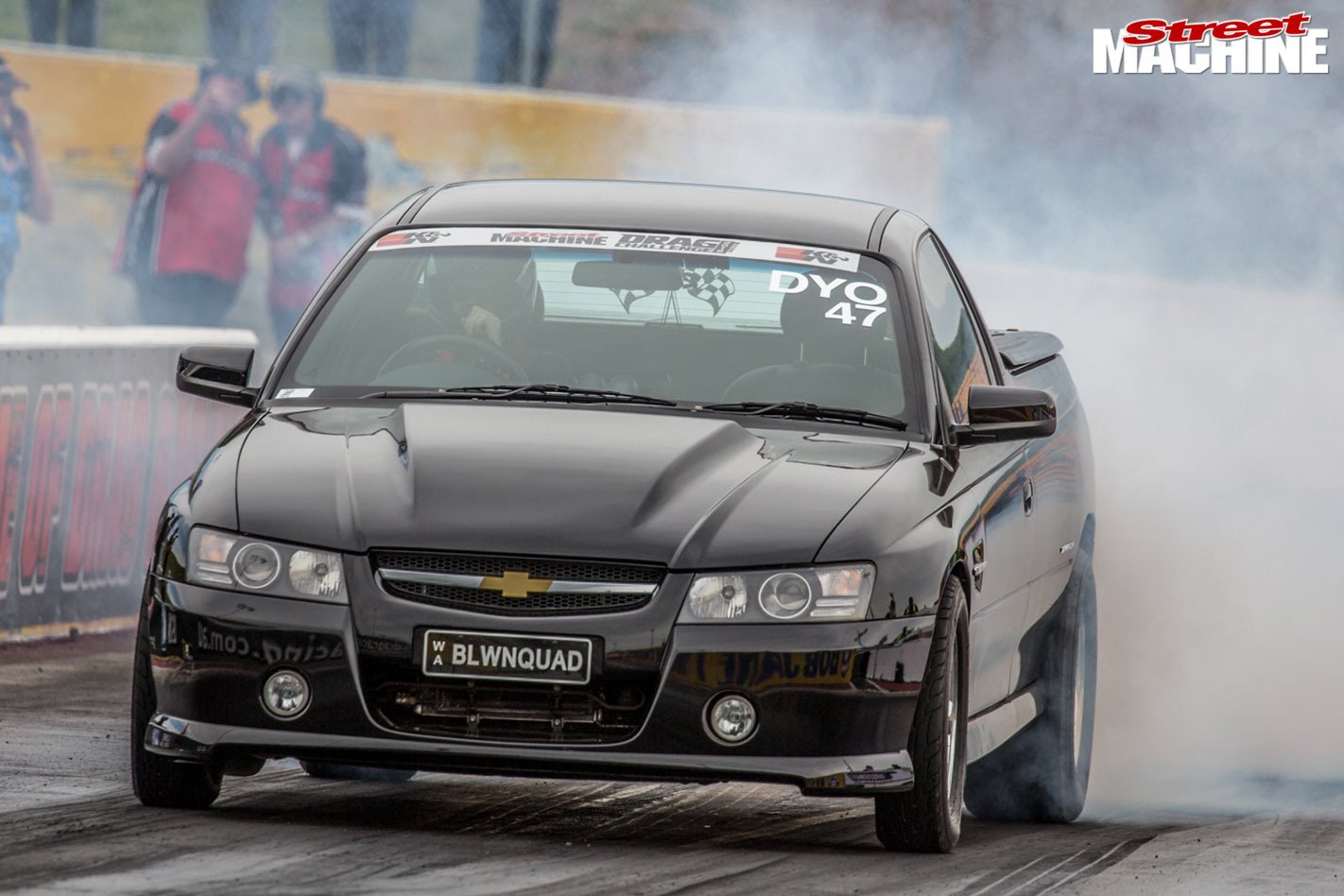 In 2007 Matt had a dirt bike accident that left him permanently wheelchair-bound, but that hasn’t stopped him from doing what he loves and racing cars. He hails from Tom Price, a town 1500km north of Perth, so it was never going to be easy to get his black beast all the way across to Victoria for DC. Thankfully his dad Russell was willing to tow the ute for five days straight and over 4200km to make it to Calder Park for the start of play.

As for the ute itself, it still has the standard L98 6.0L LS engine, save for a Magnuson 2300 blower on top and strengthened internals, with all the work carried out by Street Quick Performance in Maddington, WA. Running the donk is a tuned version of the standard E38 ECU, and at full noise the package is good for 600hp. The Street Quick guys also tuned the 4L80E ’box from Coan Engineering, to make the gearshifts smooth as silk. The rear end is all standard Holden IRS gear, other than a Truetrac LSD centre with 3.9 gears and Pedders towing springs that give the ute a bit more rear clearance. 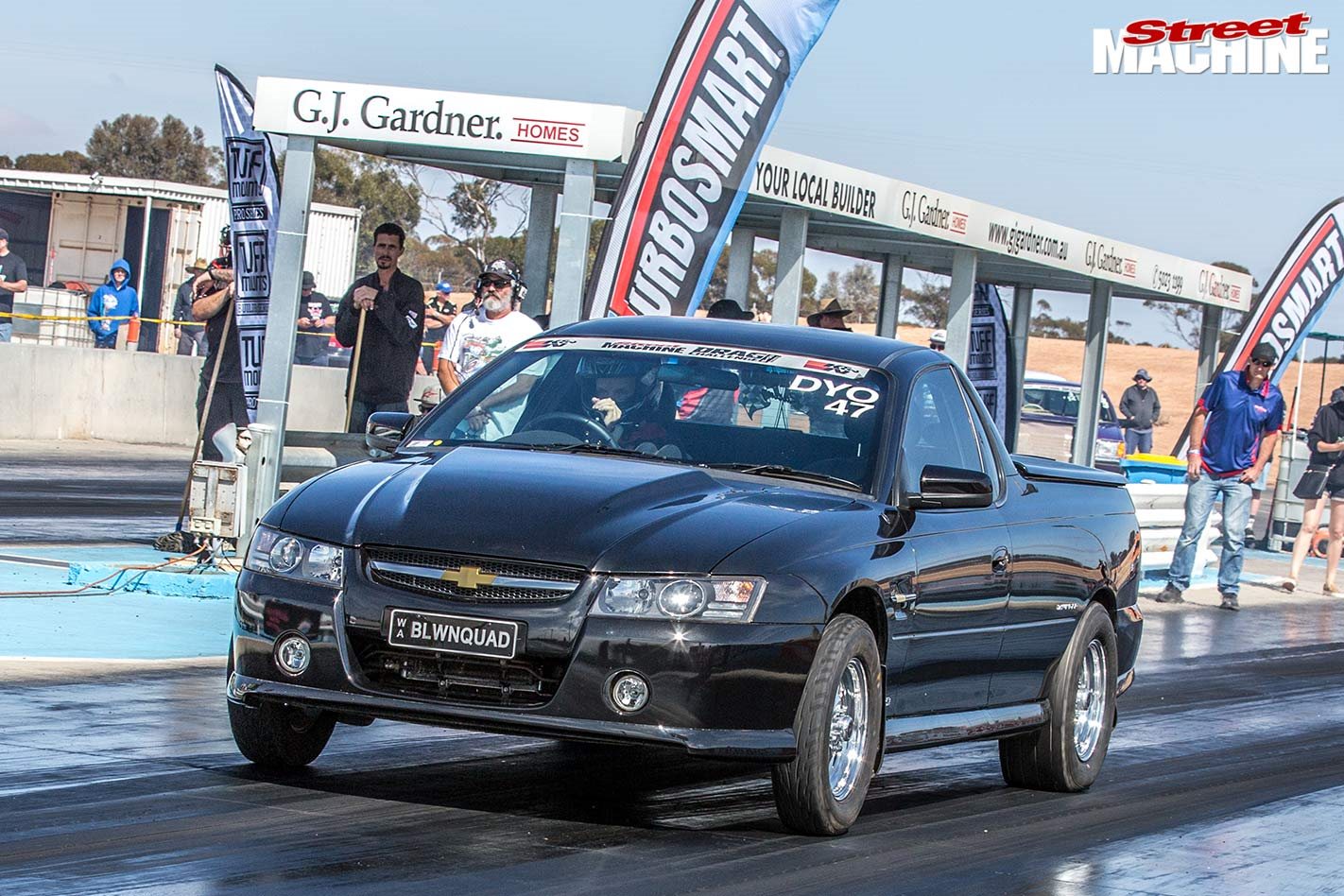 Matt has been racing cars since well before his accident, but the last time he raced at Calder was in 2001 behind the wheel of an HT Holden. He has an Adventra wagon he daily-drives, but the VZ ute does make an appearance on the street roughly once a month and gets down to the Perth Motorplex drags every now and then. Both cars use custom hand-control set-ups to allow Matt to drive them. 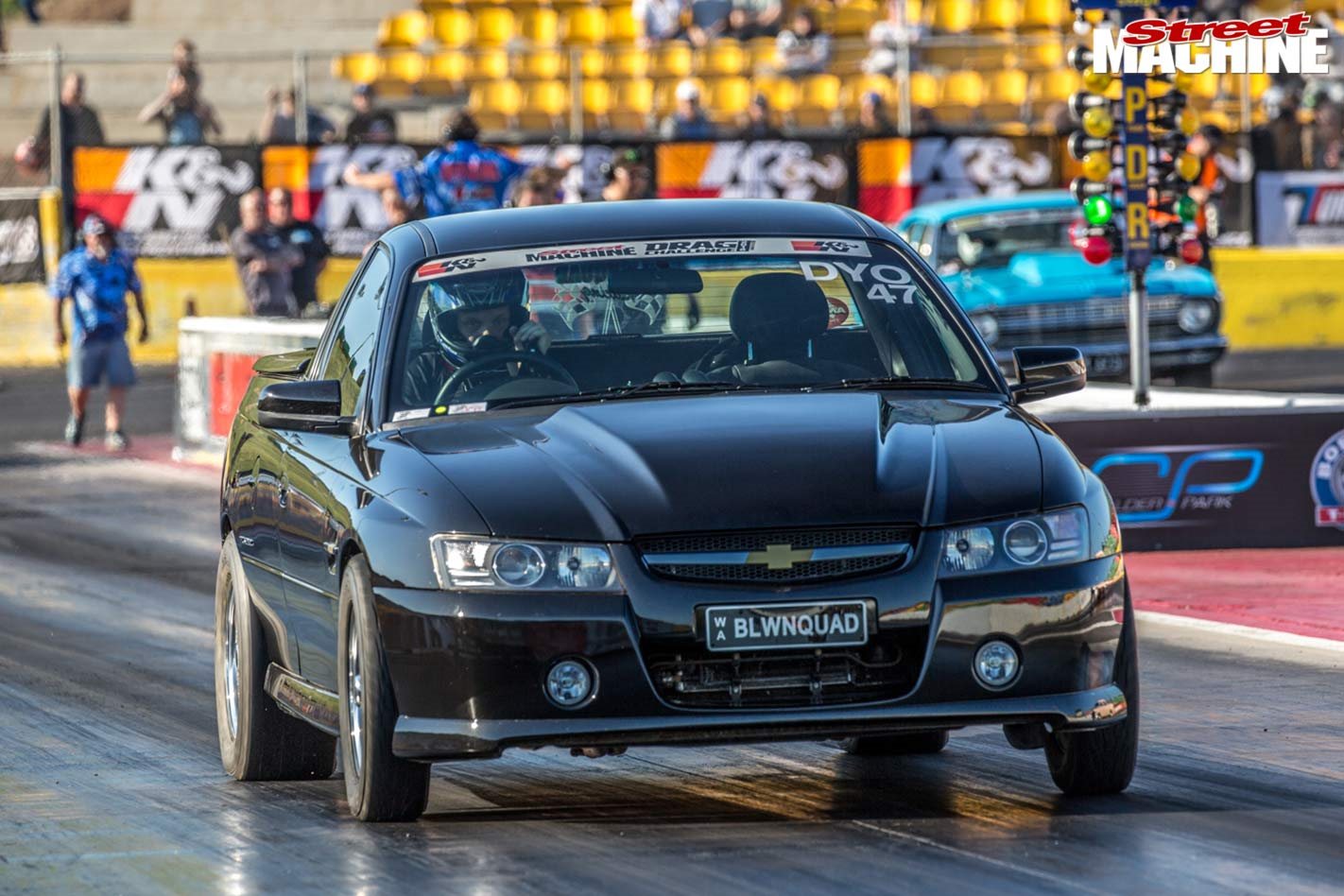 Matt and the crew have been keeping a keen eye on DC since it began in 2014, and decided 2018 would be their year. Due to having no rollcage, Matt only wanted to consistently run in the 11s and finish the week off in the K&N Dial Your Own class. His results by week’s end can only be described as phenomenal, placing fifth in his class in a field of 69 confirmed finishers, with a spread of 0.021sec. His best pass was an 11.022@124mph, but he has previously put down a 10.9 at Perth Motorplex before getting a stern warning from ANDRA. 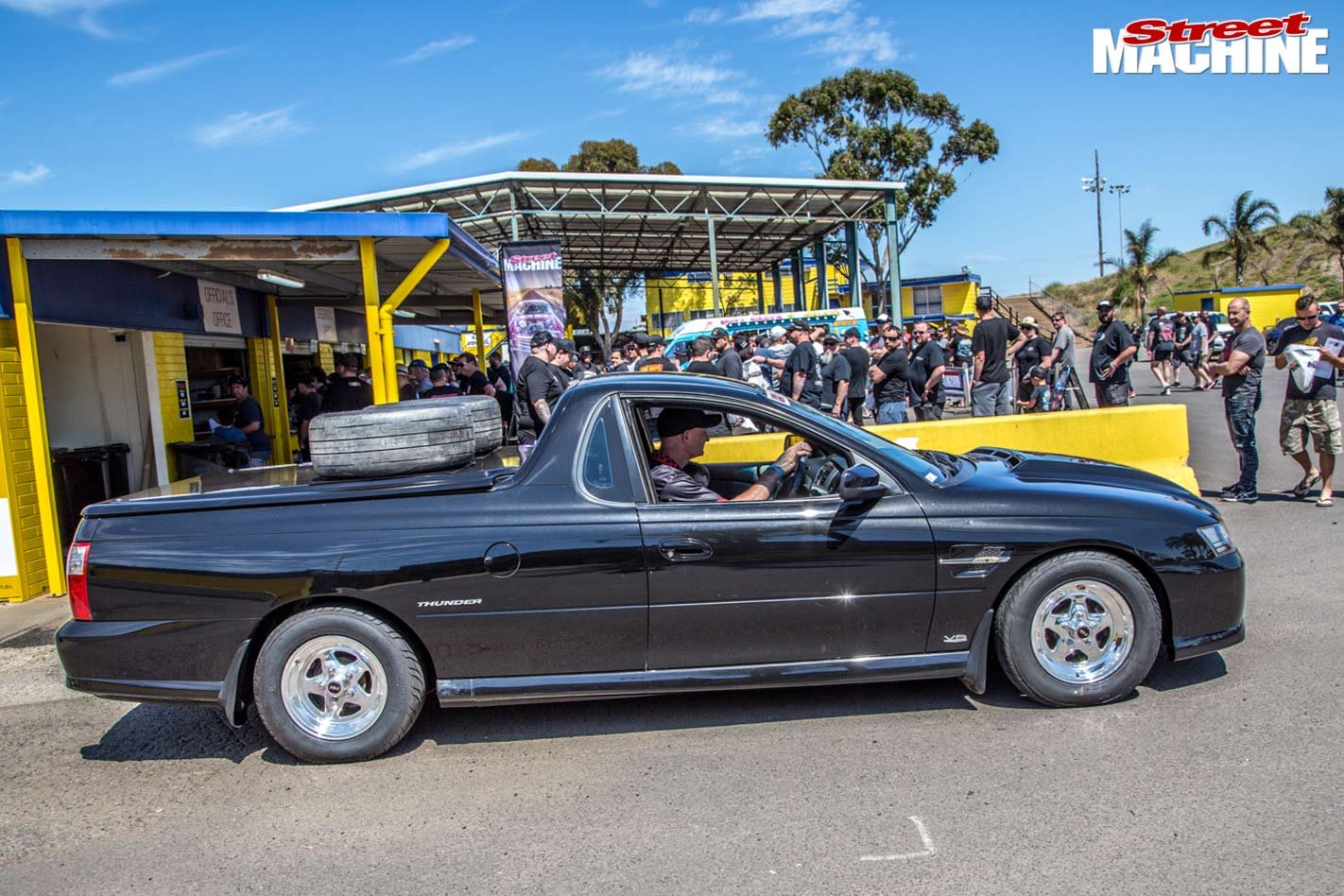 After such a successful debut campaign, it’s safe to say Matt will be back for another crack at DC. “It’s got everything – back-to-back racing, fast cars, cruising and hanging out with mates and having fun like we use to in the old days. It was such a good week,” he said.

“It’s pretty cool being the first person to complete the event in a wheelchair. I’ll come back next year, and hopefully a few of my other mates who’re in wheelchairs will come along as well.” 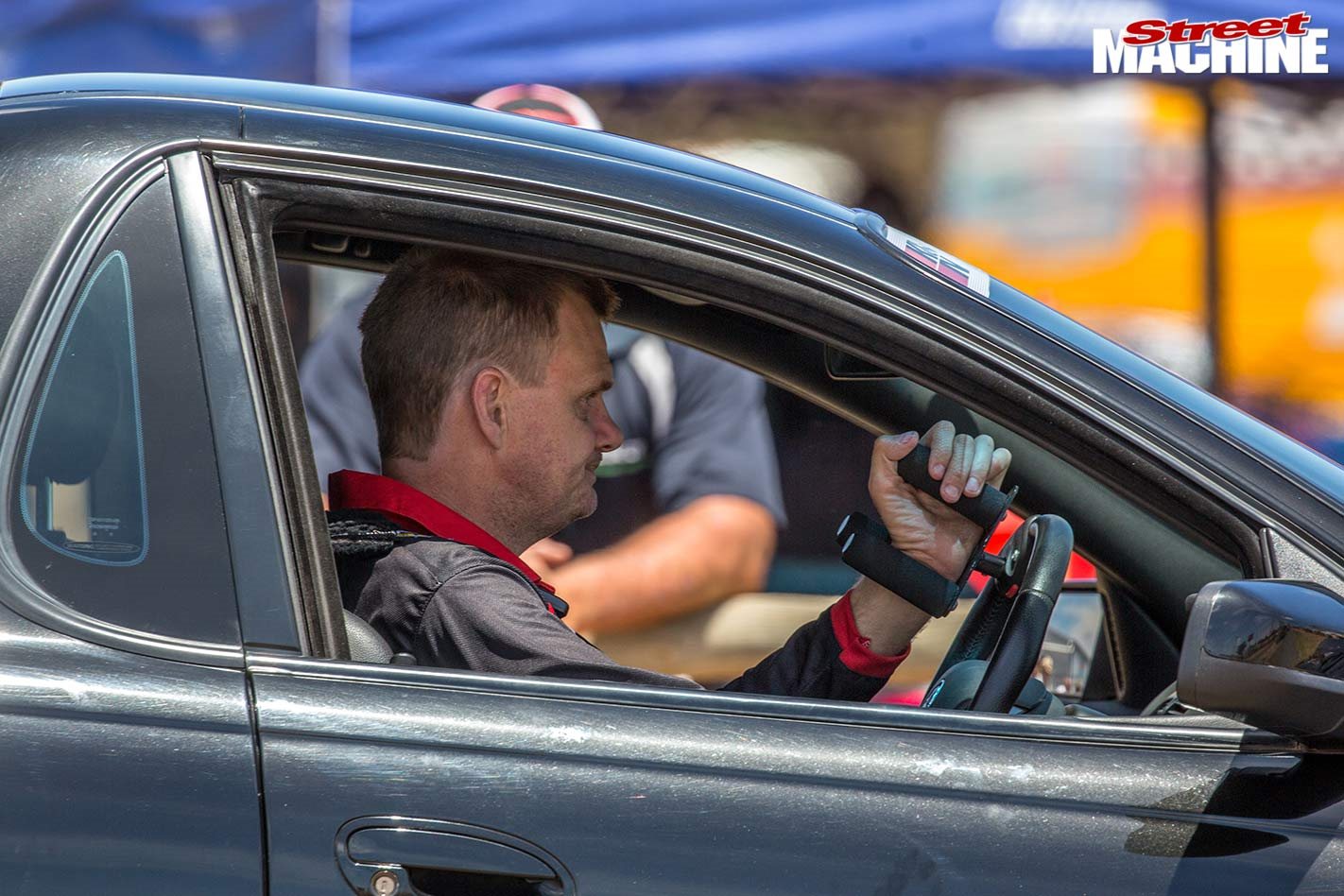