MARK Van Der Togt was incredibly lucky to take out the win in Tuff Mounts Radial Blown – as well as Drag Challenge Weekend outright – after stacking his amazing XW Futura on Day Three at Willowbank. Having run an arrow-straight 8.07@169mph, the deep purple more-door got loose in the braking area and tagged the left, then the right wall. 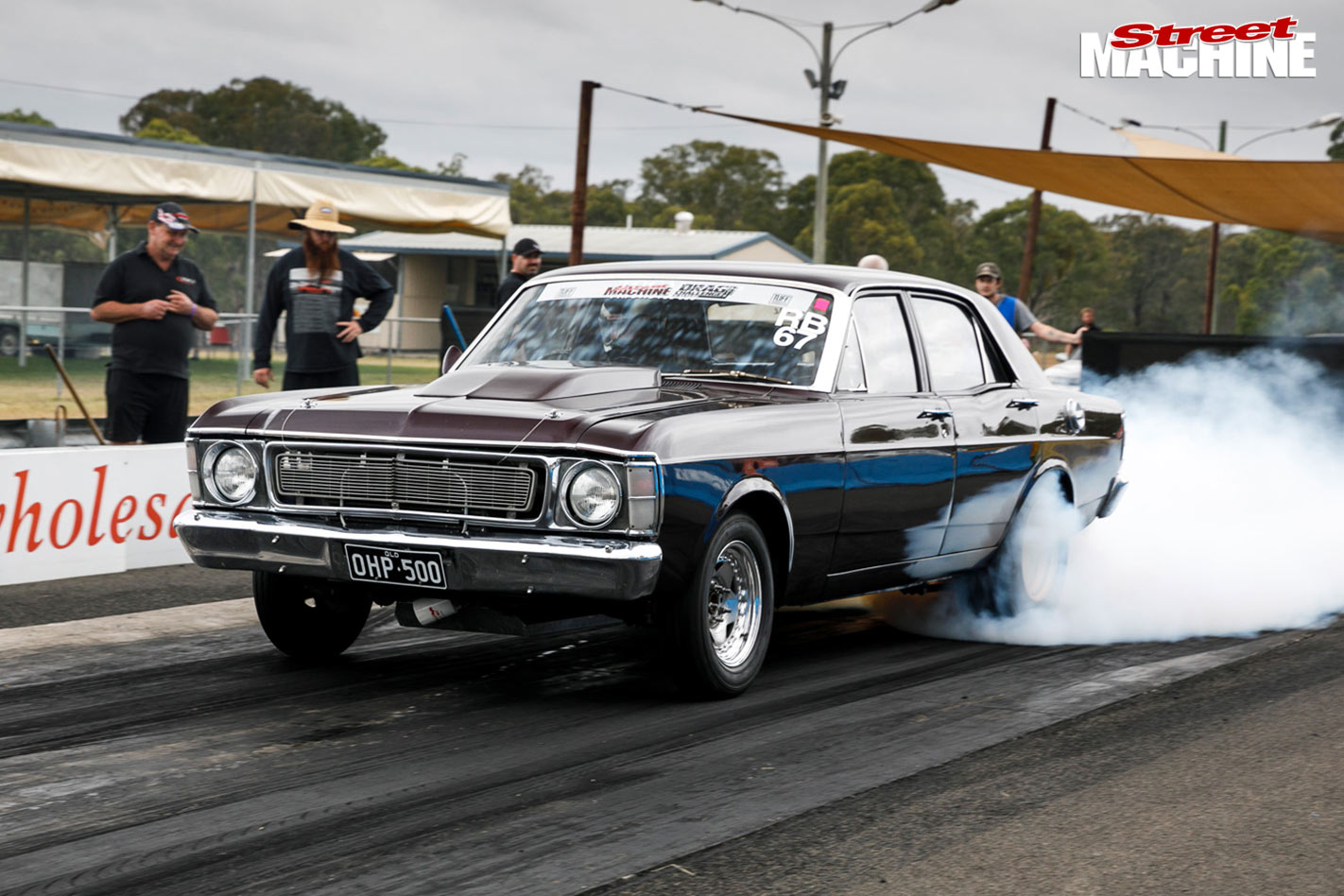 Amazingly, he managed to straighten it back out and drive the car 1.5 hours home on Sunday arvo!

“It has always been a bit of a handful when I lift off it, and this time I couldn’t catch it,” he said. “I drove this car to the event and I really wanted to drive it home, so we have patched it up to get it back and I’ll take it to the panel beater later on.” 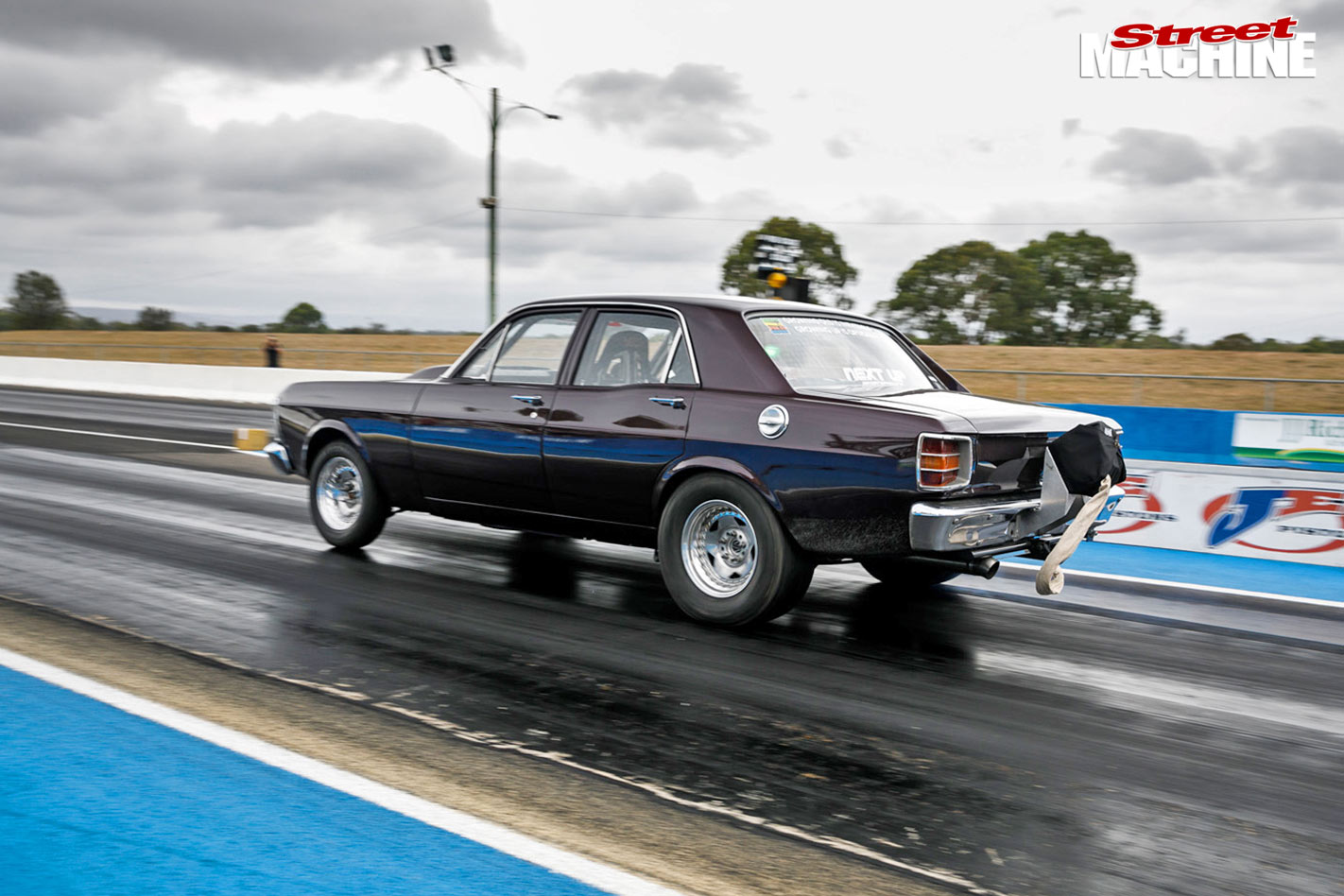 “This is what we built the car for, racing and cruising,” Mark said. “Still, coming into this event we thought we might maybe get third – we didn’t think we’d win it! 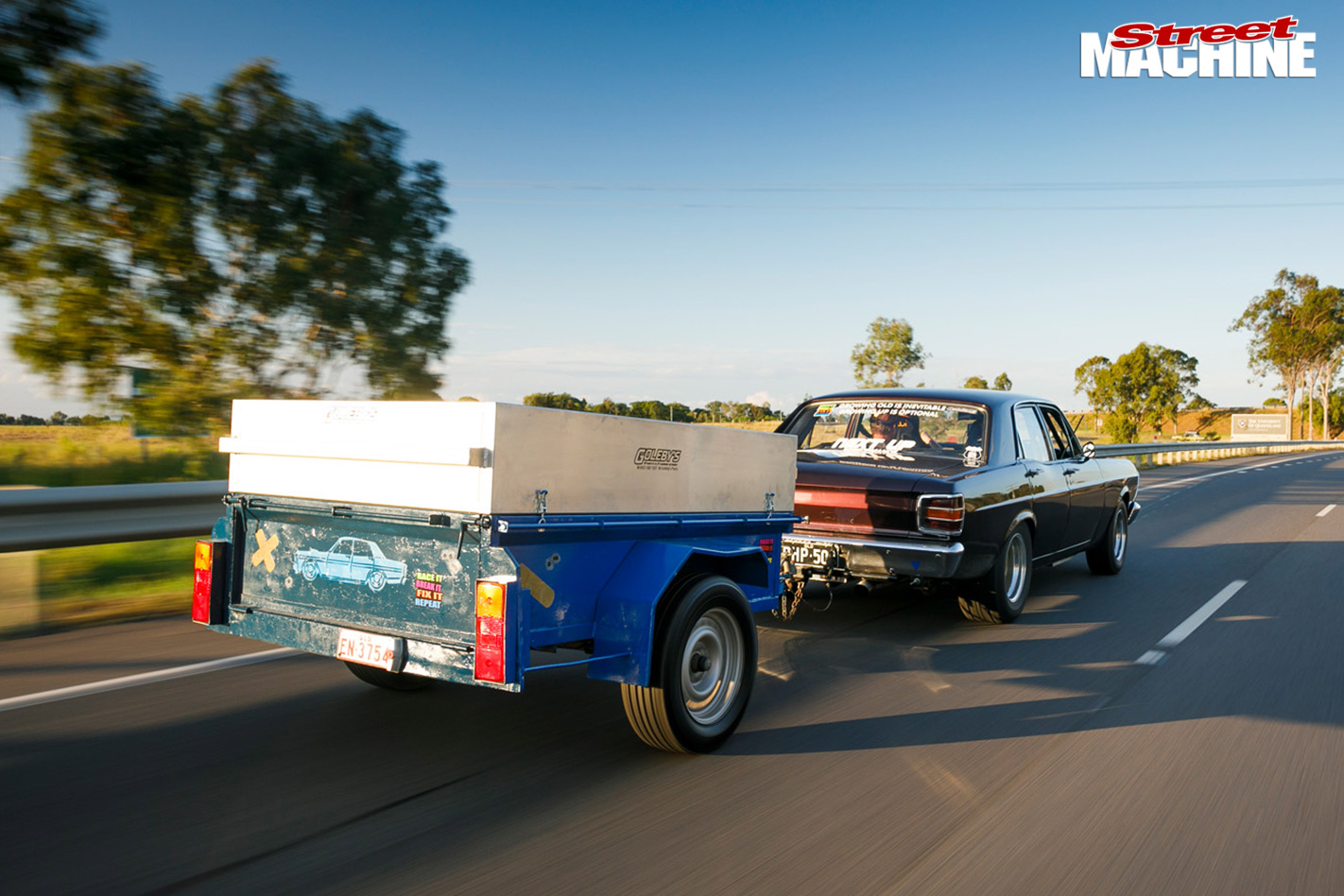 “We really drive this car on the street and I take it to events 125-150km away from my house regularly,” he continued. “The only time it got a bit warm on the road loops was going up Cunninghams Gap. The event has been great for us and we’ve had an absolutely great time.” 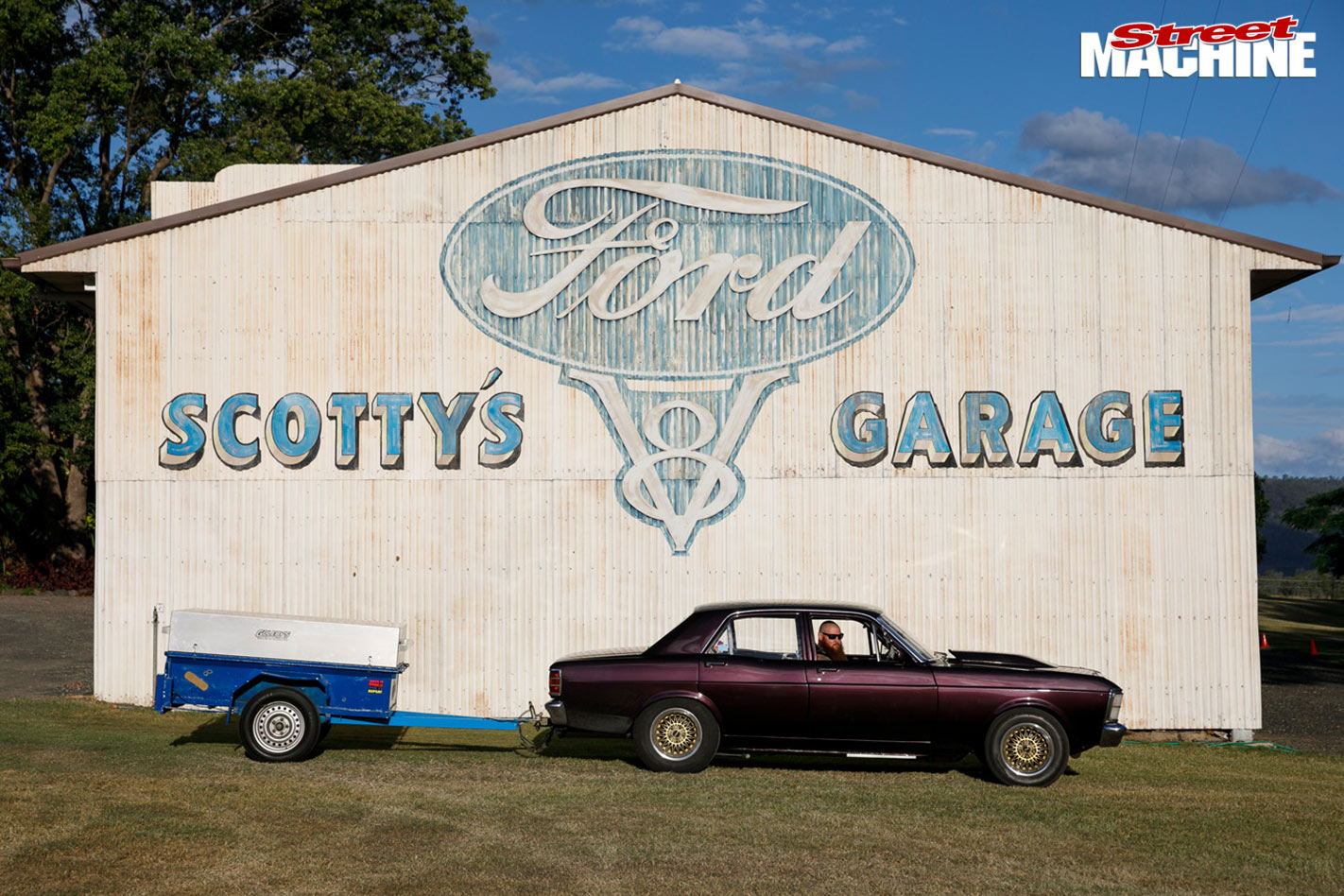 Day Three’s mishap wasn’t the first time Mark had a scare on Drag Challenge Weekend, spinning the car through the traps on Day One. “I ran an 8.23 at over 160mph on Friday, but as I went through the traps I pulled the ‘chute and it went around on me,” he said. “I think I stood on the brakes too hard as it swapped ends in its lane and ended up facing the wall.” 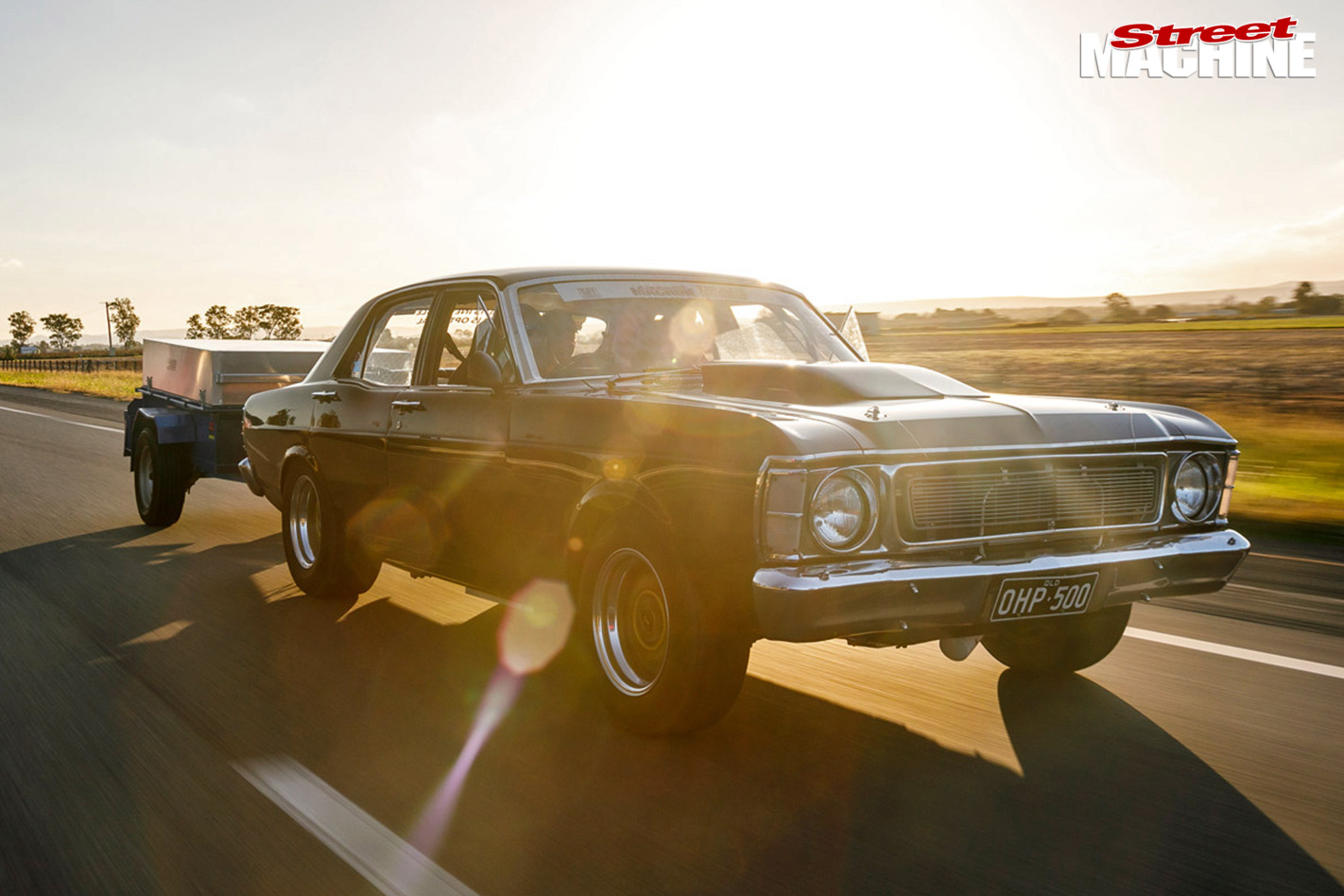 Mark has owned the car 20 years and took it off the road in 2005 to build the current combo. It was finished in 2009, but he only recently stumbled onto key improvements. “We pushed the exhaust from three inches to 3.5, and it instantly cured the issue with it nosing over,” he said. 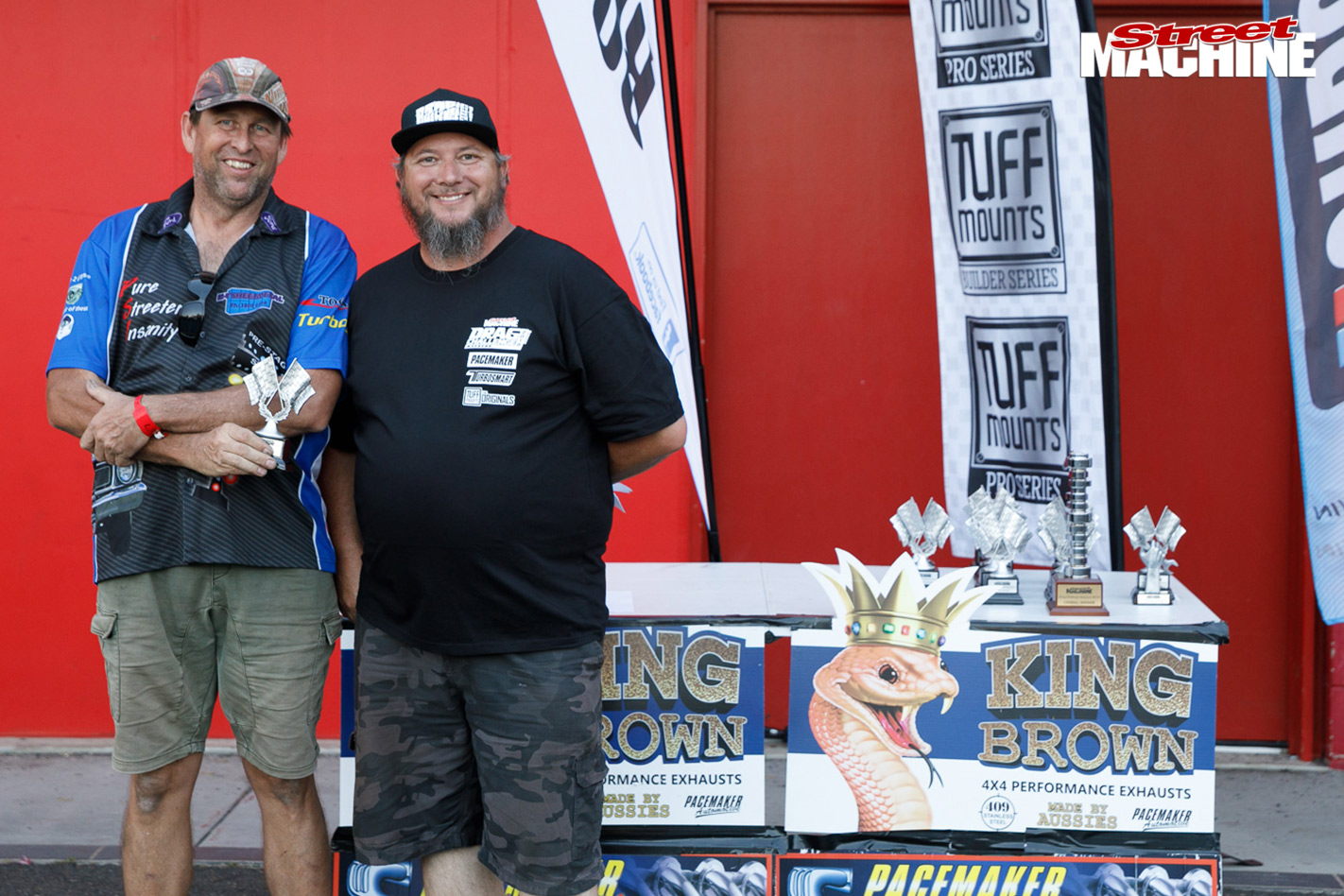