COREY Benning’s bright blue ’74 TD Cortina has been turning plenty of heads on Drag Challenge 2018, with the immaculately presented sedan chock-full of Ford Barra power. Running in Haltech Radial Blown, Corey’s car stood out, with the big four-litre DOHC turbo six almost oozing out of the engine bay. “It wasn’t easy to fit; there was a fair bit involved in getting the Barra in there,” Corey says. Corey picked up the tidy TD four years ago, engineered with a Clevo V8 and C10, but that combo didn’t last the time. “I hurt the Cleveland, so I pulled it out,” he says. “I had a Barra there and wanted to see if it fit, which is kind-of did.” 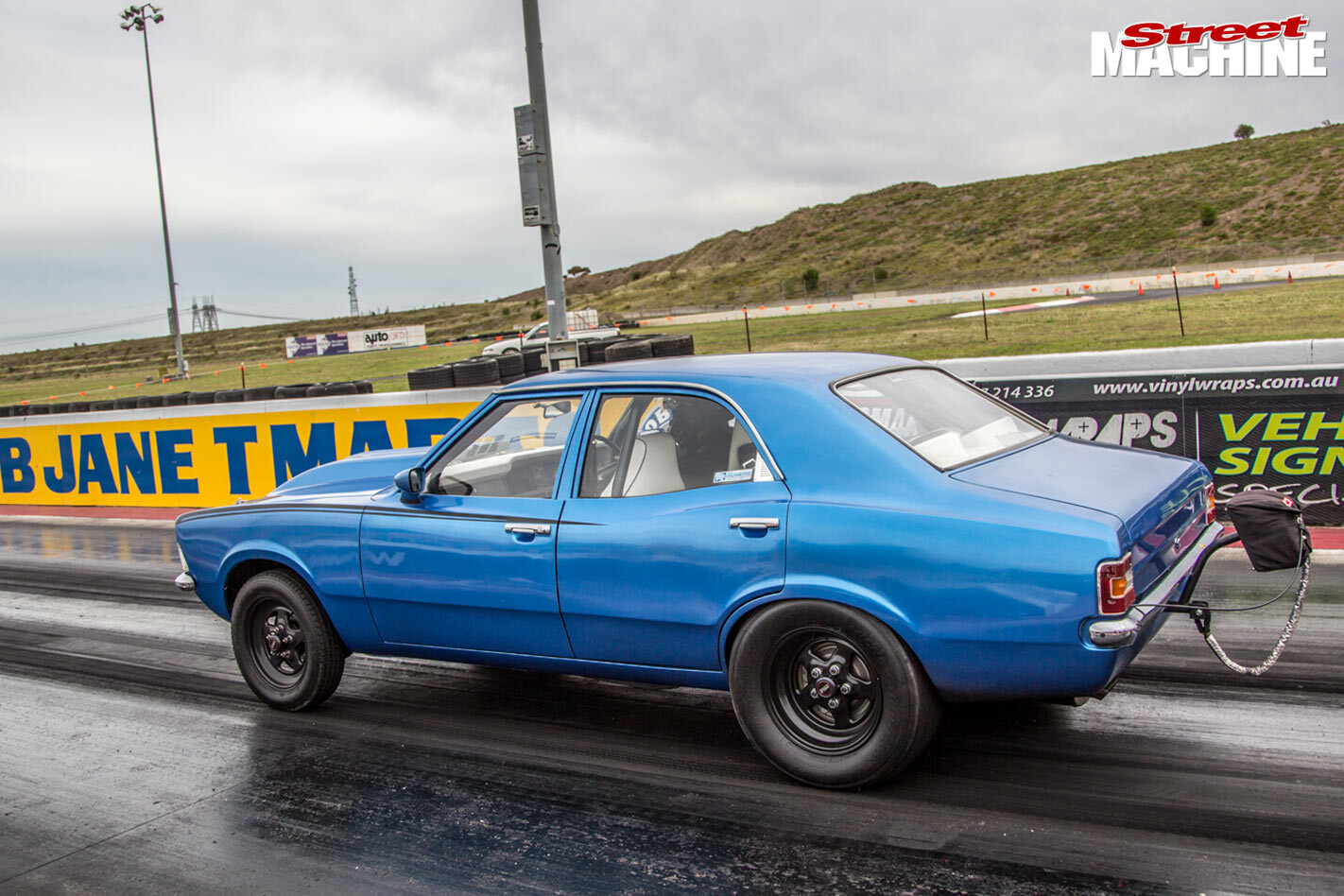 “I basically gave Glenn the green light and told him to do what all those other Barras get and just left it to him,” Corey laughs. The car drinks E85, and Corey uses a 100-shot of gas to bring the boost up, with a custom water-to-air intercooler since there was no room for an air-to-air ’cooler out front. Behind the Barra is a TCE mystery converter: “I just told them the combo and asked them to build me something for it, and it works great,” he says.

That’s backed by a Reid-case Powerglide built by Paul Rogers, while a nine-inch with 3.25 gears gets the prodigious power to the ground, surrounded by all-new suspension arms located in standard points.