TIM Sullivan’s crusty-looking farm ute turned plenty of heads at Drag Challenge 2018, with the heavily patina-laden commercial packing plenty of snot at the rear tyres courtesy of a turbocharged big-block Chev. But the Tasmanian didn’t just drag the ute out of a paddock and turn up to Drag Challenge on a whim. 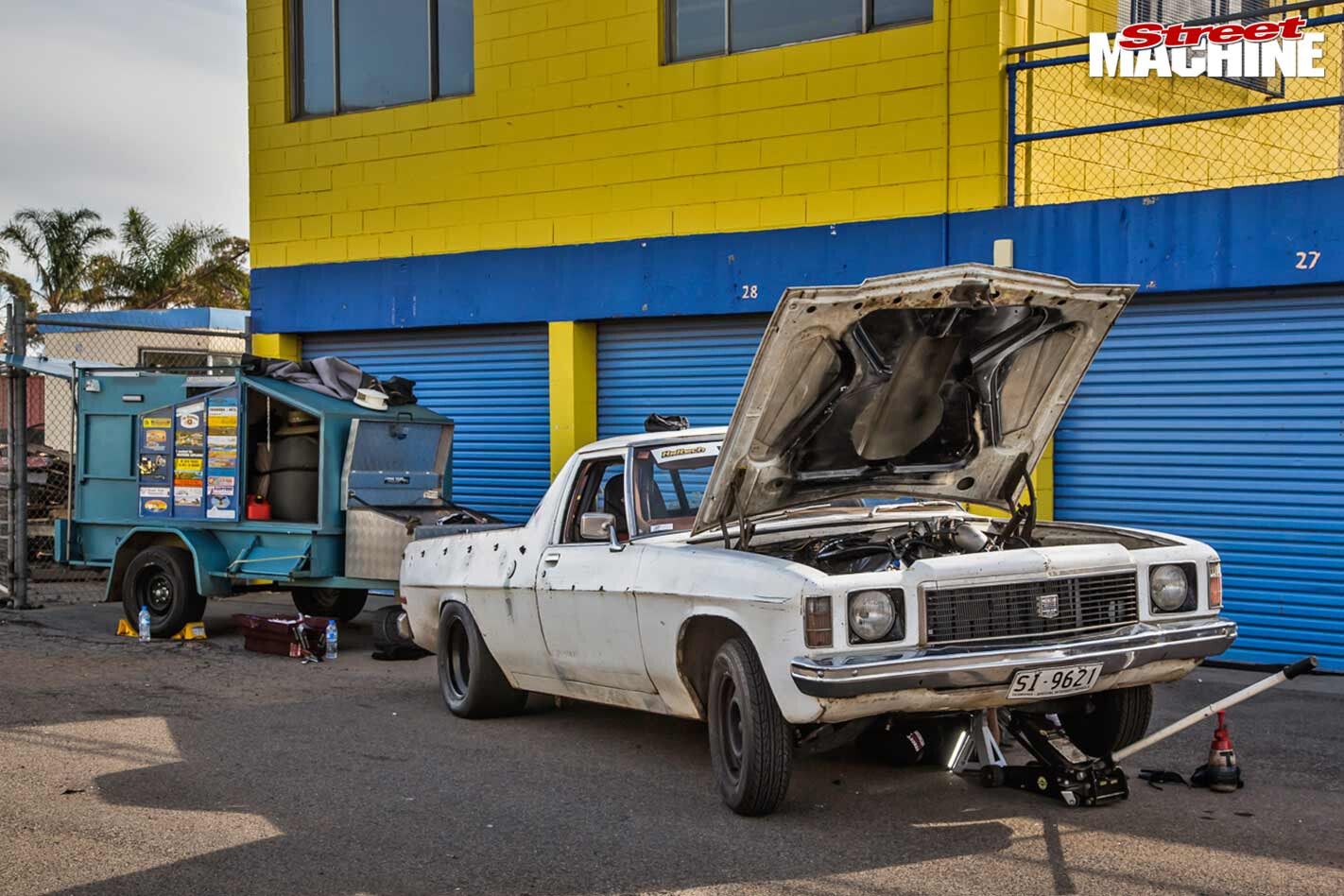 “It was an old bloke’s tip bus and my dad told me about it,” Tim said. “I already had the chassis and driveline ready to go, and was going to put another truck body on it, but I thought: ‘Bugger it, I want to get it on the road as soon as possible.’” 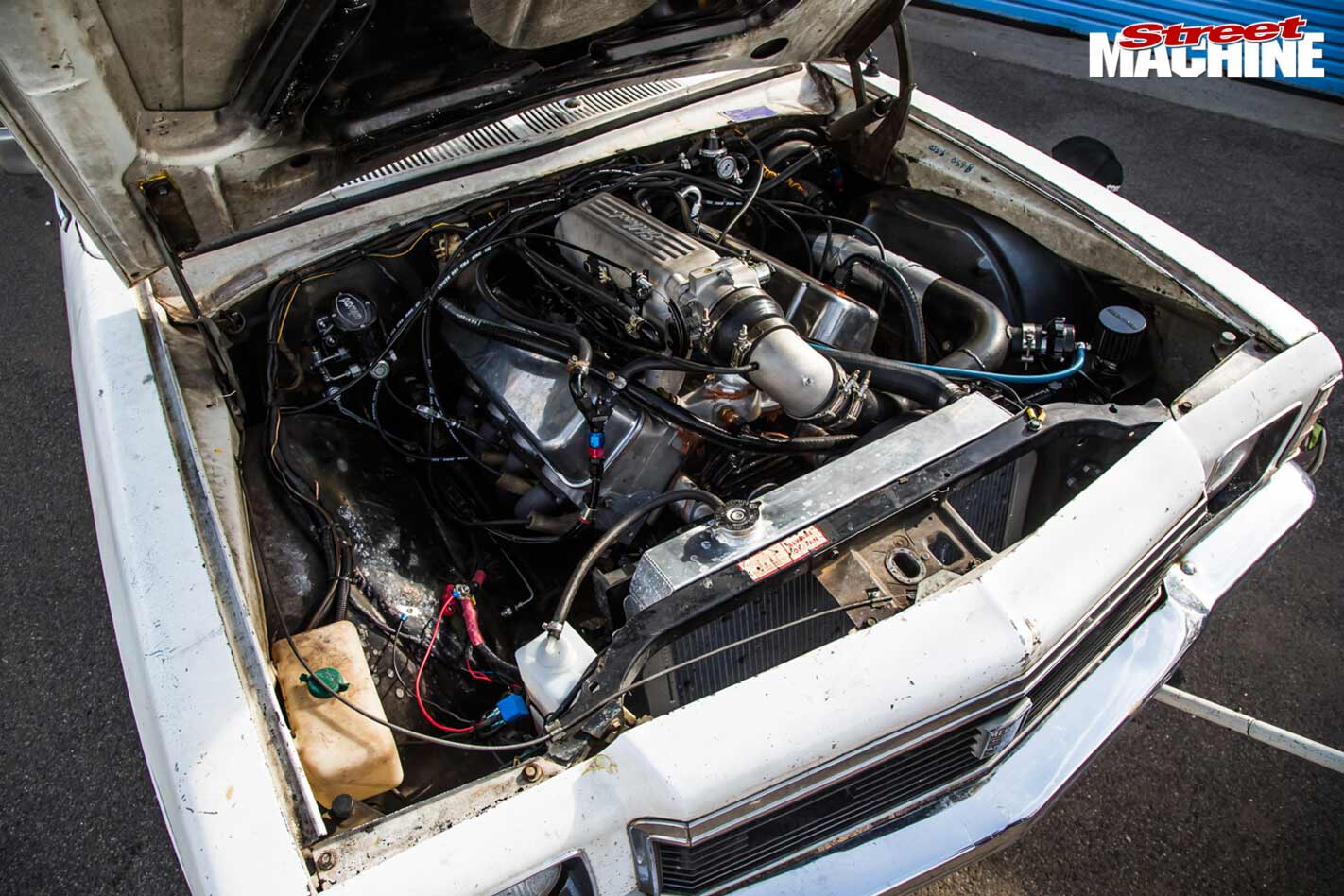 The 454ci Mark IV big-block has a solid-roller cam and Dart heads, but most people were talking about the recent addition in the back. The ute was originally set up to run through a single four-barrel carby, but Tim made the change to EFI with an Edelbrock intake manifold, and mounted a Pro Boost billet S480 snail in the tray when he added the HJ ute body. The turbo pushes up to 11psi into the big-inch Chev, which is controlled by a MicroSquirt ECU and hasn’t even seen any dyno time. “The computer cost me $650 and it is pretty basic, but it is all I need,” Tim said. “I had it all engineered aspirated and decided to change it because I was interested in turbos.”

The combo is backed by a transbraked TH400 three-speed auto, 3500rpm converter, and a nine-inch packing a Truetrac LSD and 3.25 gears. 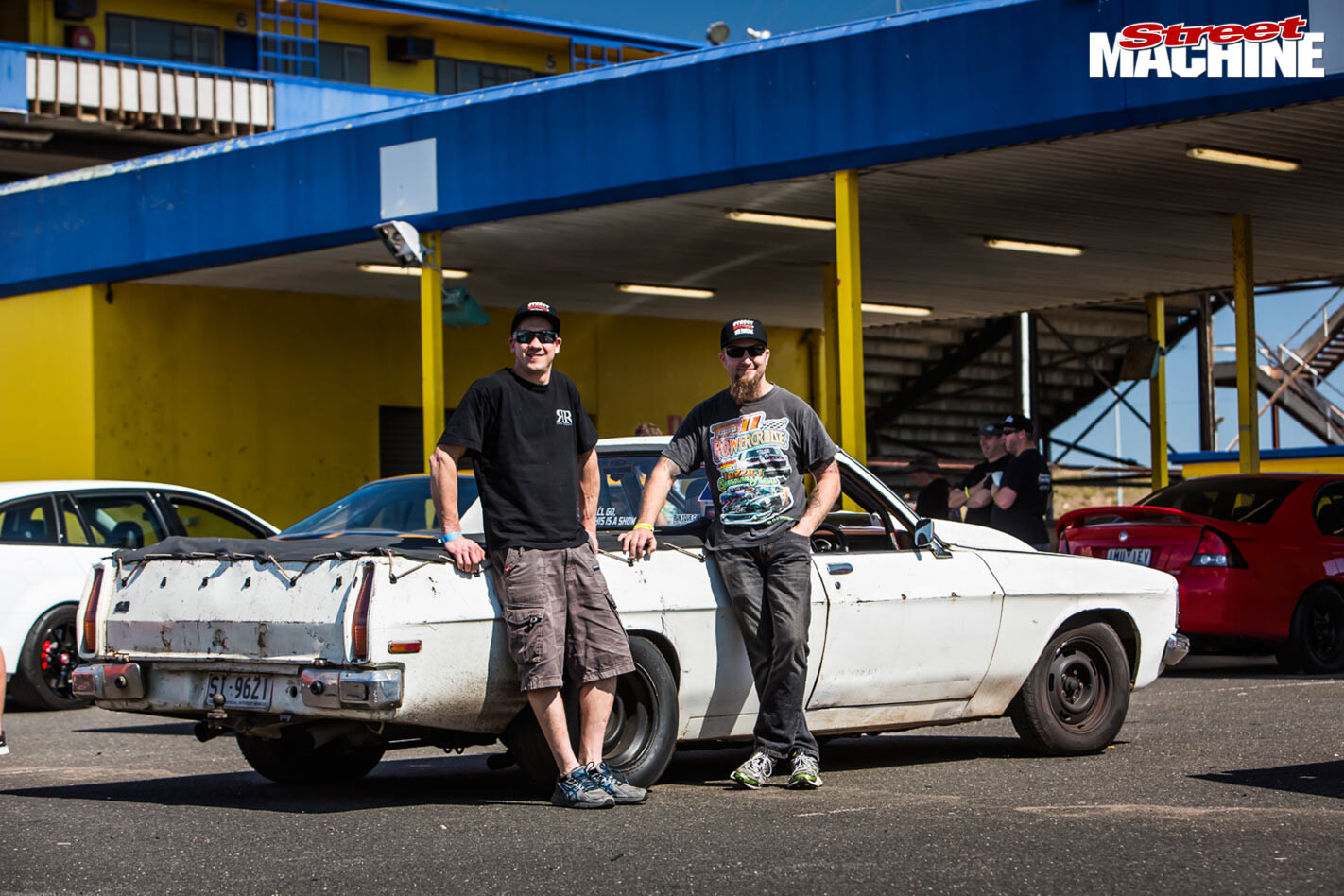 The ute ran on 98RON pump gas on the road and E85 at the track, and Tim had no troubles on the DC road legs: “She’s comfy-as on the road, so that’s no worries,” he said. “We came up from southern Tassie, so we had a 300km road trip just to turn up to the event!”

The ute was no slouch on the strip either, running in the high nines consistently, with a best of 9.81@137mph at Swan Hill on Day Four. Tim finished the week 25th in Haltech Radial Blown.