FORCE-fed V8s are as common a sight at Street Machine Drag Challenge as a pair of drag radials, with bent-eight big-block Chevs and LSs always putting on a strong showing at the front of the field.

Ballarat’s Ryan Featherstone decided to sidestep that trend, opting to overlook the LS or Chev alternative and strap a set of hairdryers to a trusty ol’ Holden 308 instead. 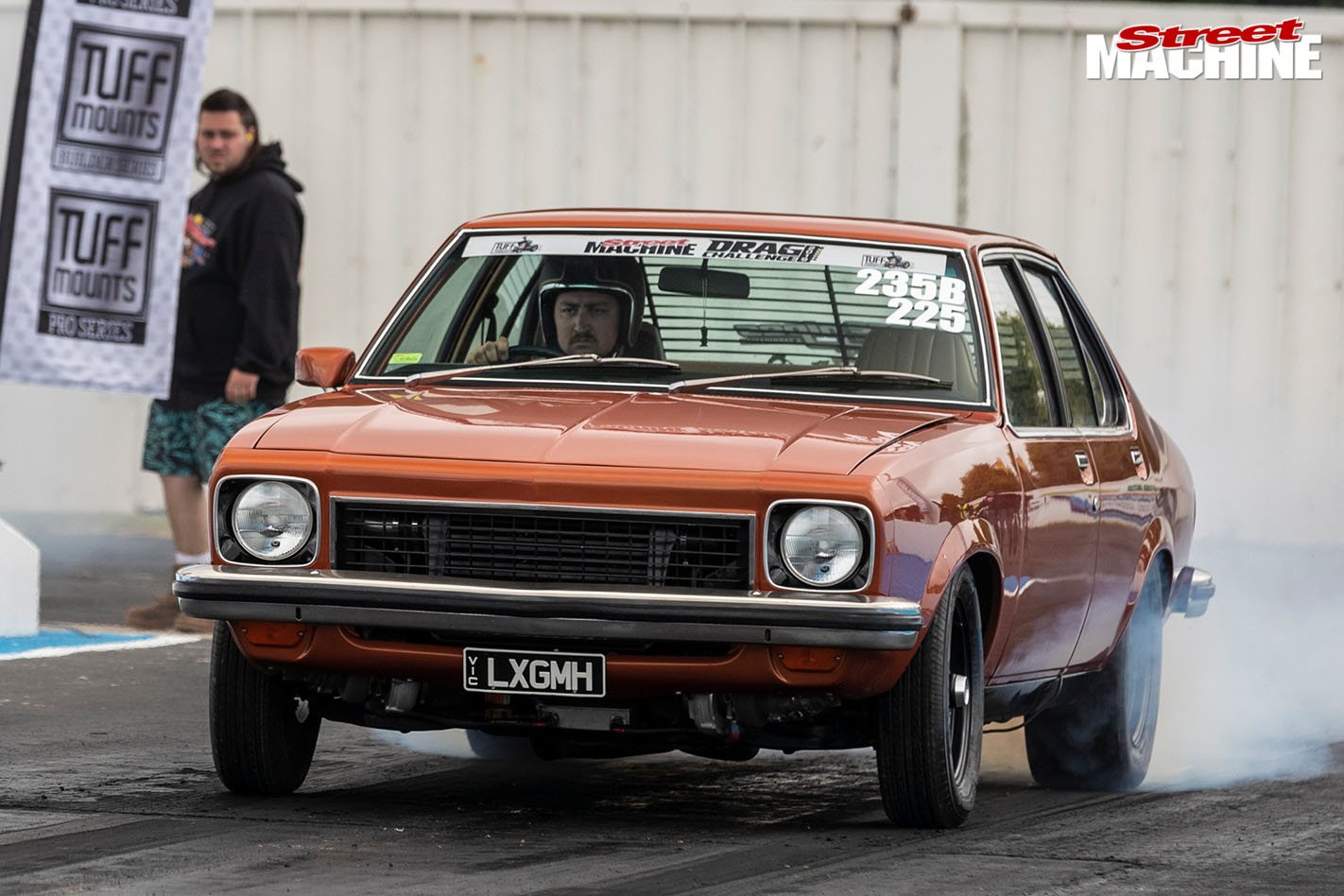 “I got the car when I was 15, and I originally went with the 308 instead of a SBC so I didn’t have to get an engineer’s report for the V8 swap,” says Ryan. 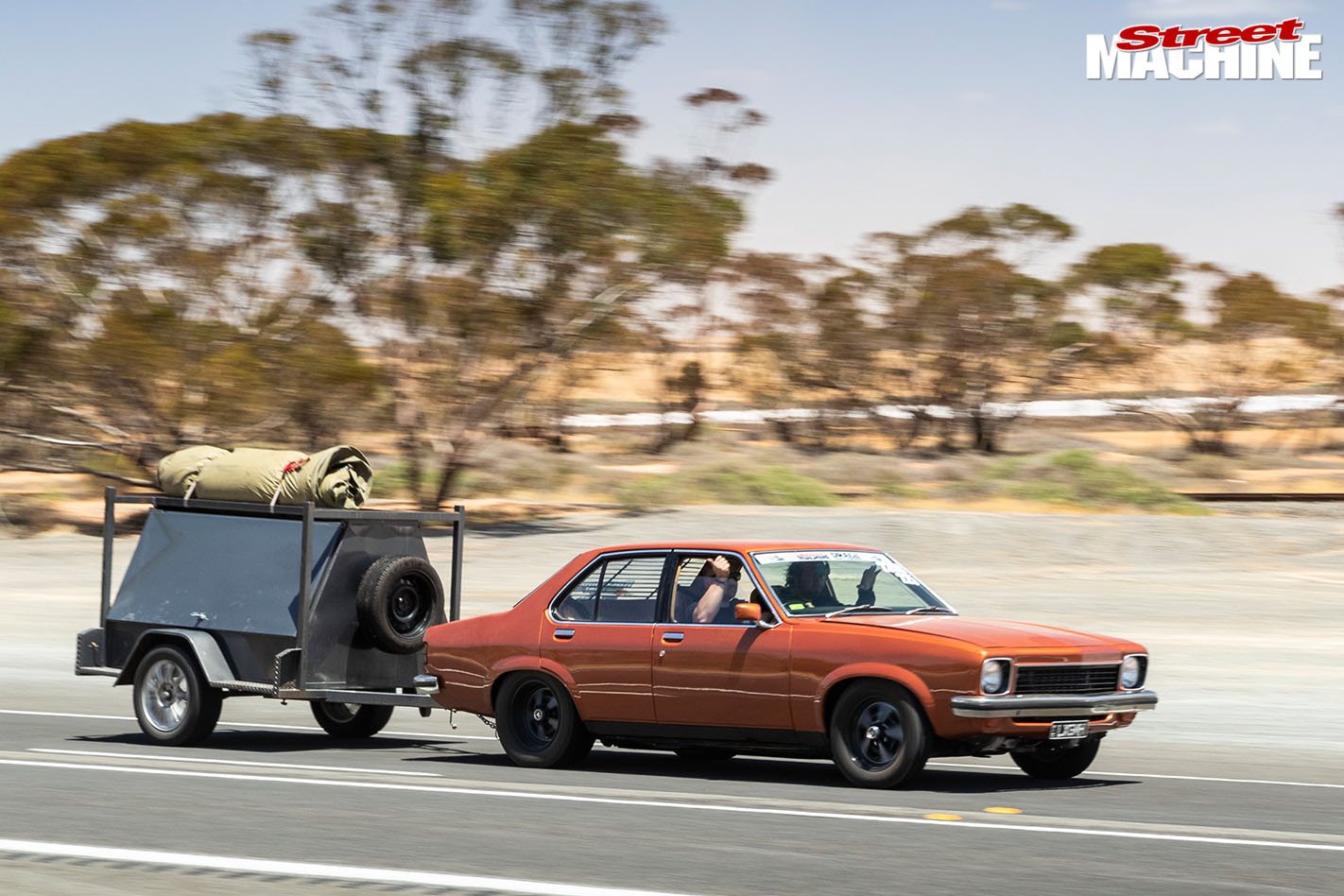 The red WB 308 block still runs the standard crank, spinning A9L rods and hypereutectic pistons with 8.5:1 compression, held in with a pair of ported HQ heads on top of Cometic head gaskets. The cam was changed before Drag Challenge for a Clive Cams hydraulic flat-tappet unit.

Being the owner of Race Pipes in Ballarat, Ryan did all the fab work for the turbo kit in-house.

“I made all the plumbing for the intercooler and intake, the pipes, catch cans, thermostat housing, overflow, shifter surround, fuel cell; I even shortened the nine-inch,” he says. “Anything I can, I build myself.” 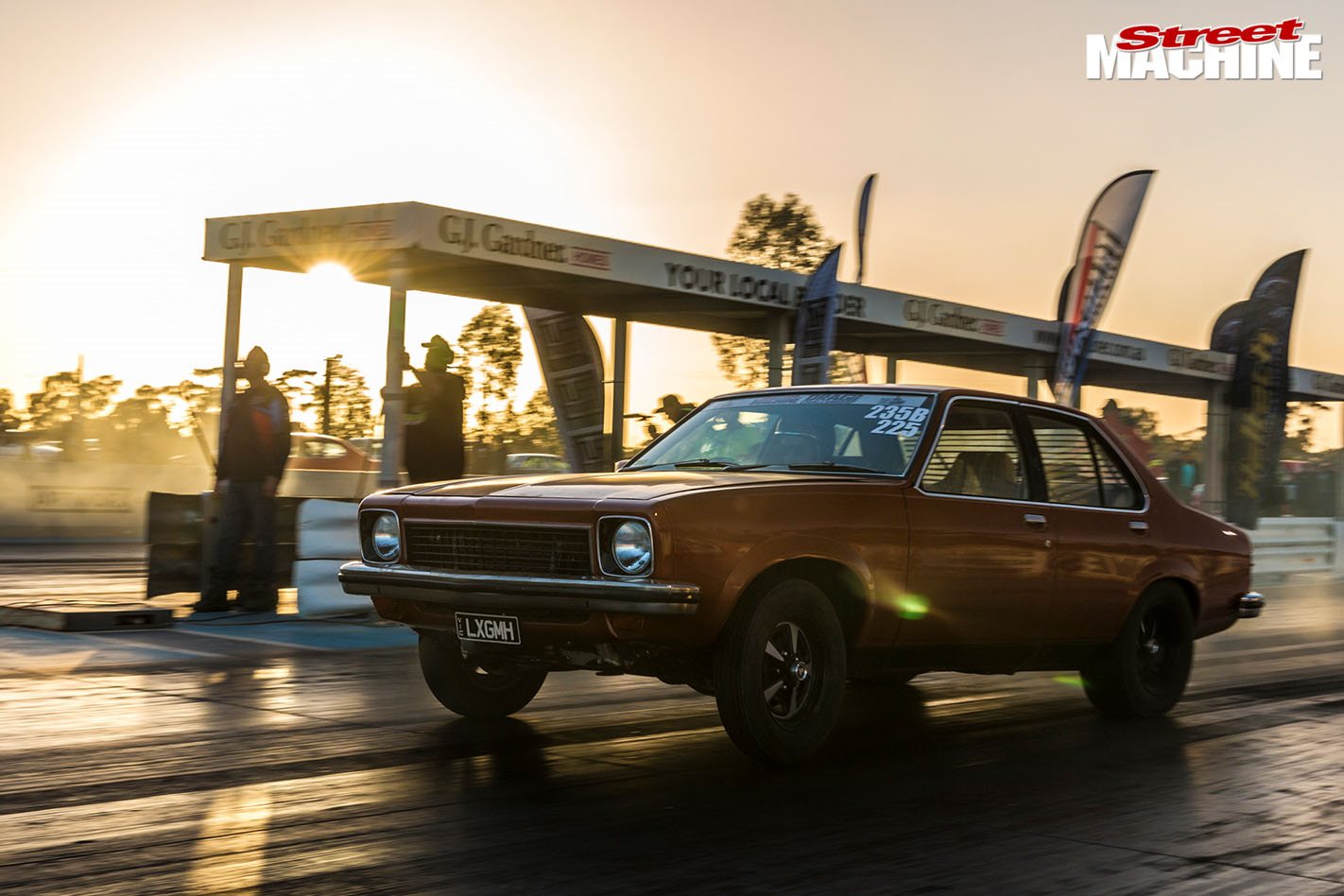 Bolted to the side of the Aussie V8 mill is a pair of GT35 China specials straight from eBay, with brains from a MicroTech LT15C ECU running PULP 98. “We’re not sure on power because we couldn’t get a proper reading, but it should be around the 420rwhp mark,” says Ryan.

The rest of the driveline consists of a Trimatic ’box with a 3300rpm converter, while a nine-inch diff with 3.25:1 gears gets the power to the ground.

The car’s fresh paint is a replica of the original colour scheme, but back when Ryan was still a naïve teenager the LX got a rub back and coat of bright yellow acrylic, until he decided to give it a birthday and return it to standard before Drag Challenge. 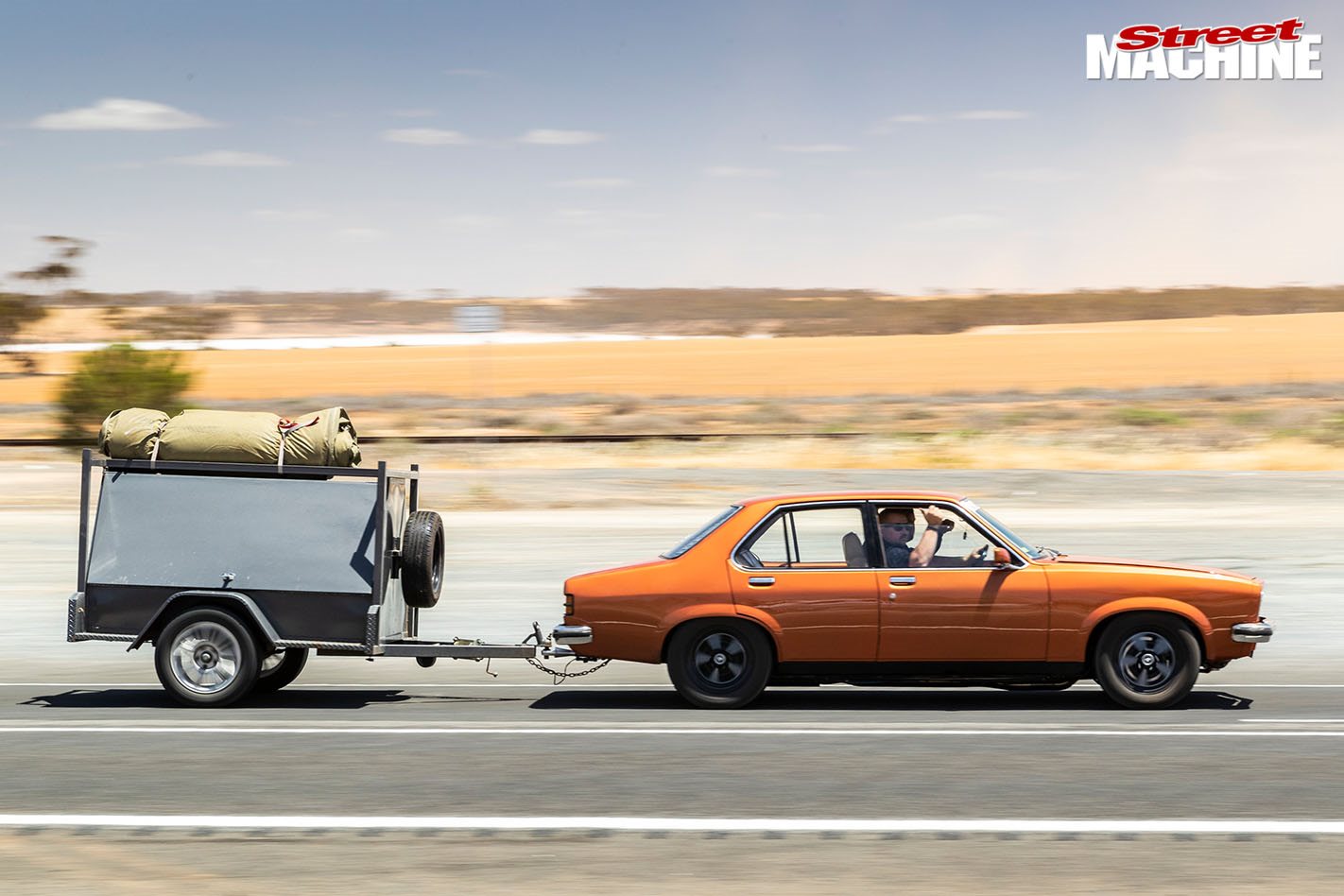 Taking on the new Tuff Mounts 235 Blown class, Ryan had a successful week with a string of solid passes. Low 11s over the quarter and a sub seven-second pass at Portland’s eighth-mile was good enough to yield Ryan eighth spot in the highly competitive class.