As covers came off Graeme Miller’s epic new EH van at Rockynats, it’s hard to believe the week before its owner watched helplessly as its roof was crushed in.

Bleary eyed and so tired he could hardly speak, the reigning Red CentreNATS Grand Champ was suffering but hugely relieved in Rocky as his ’64 EH blew the gathered masses away after a rapid, incredible repair job. 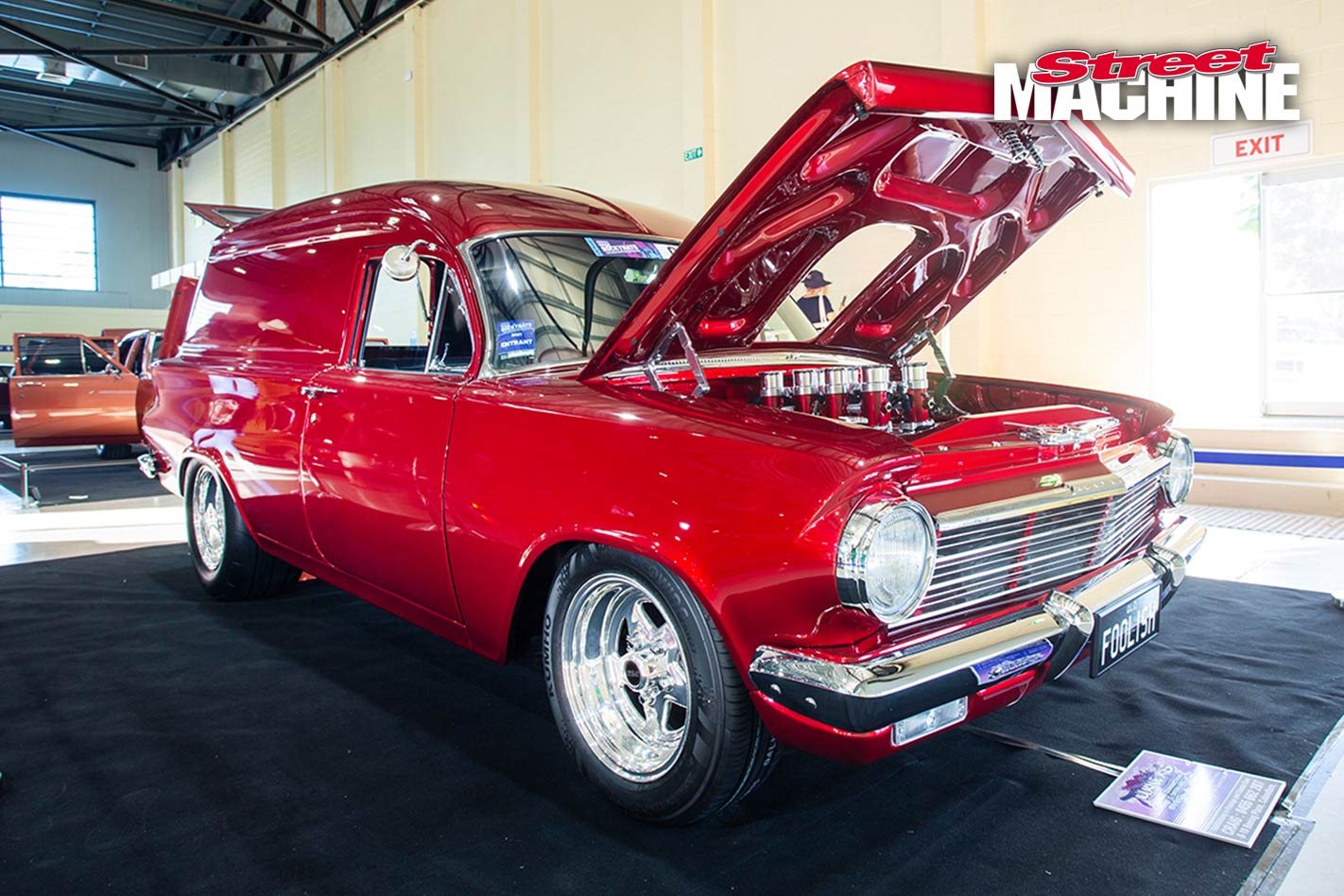 “I put it on the hoist on Sunday last week (five days ago) to show a mate after I’d detailed it underneath,” the Brisbane ace said. “The hoist didn’t cut out and the roof’s crushed on the shed. We had to pull the whole interior out so the painters could fix it, then put all that interior back in again. That’s a lot of pressure.” 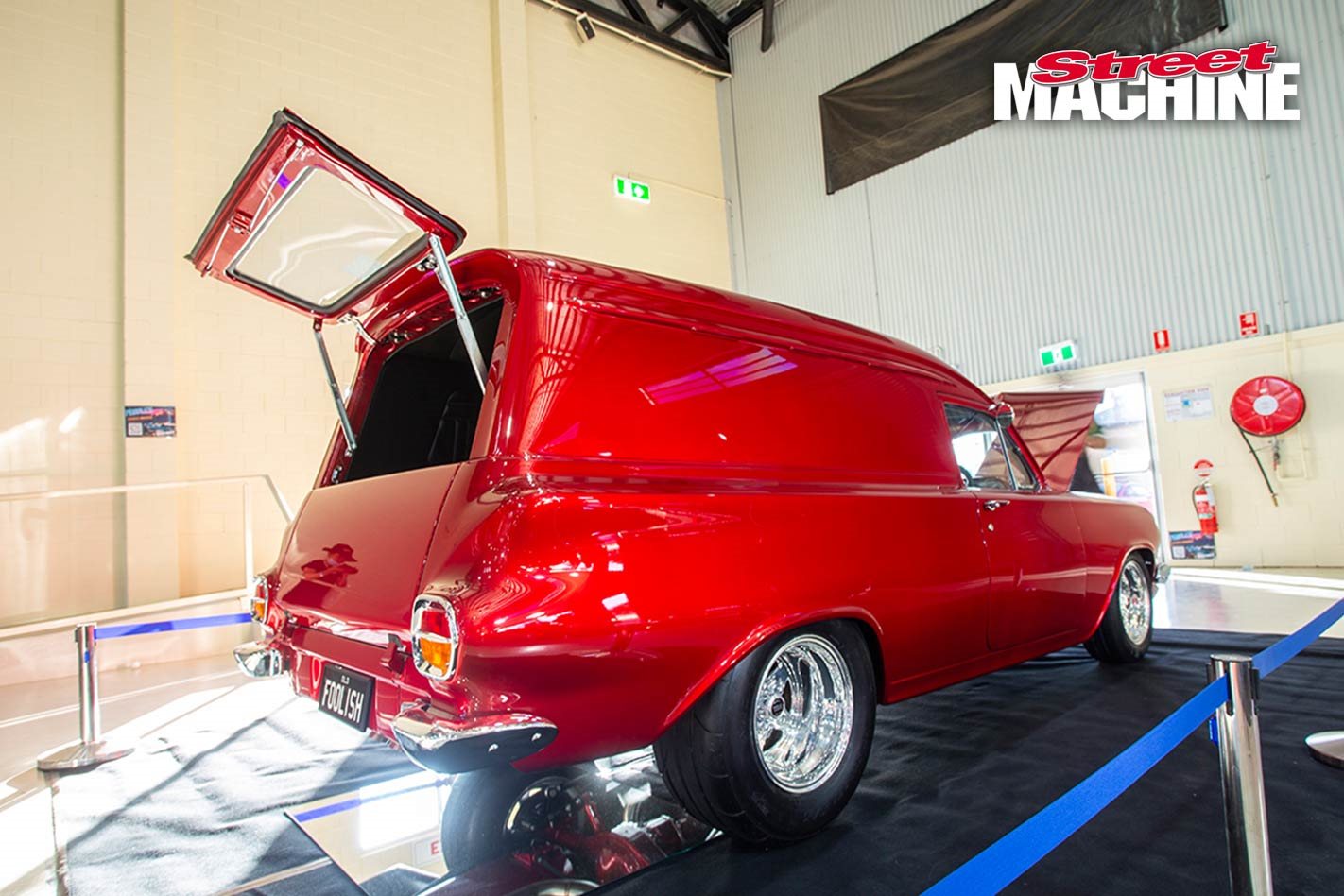 Graeme has a collection of EHs, including his blown EH Premier EHMAD in Toyota Ice Blue that took out the Grand Champion gong at Red CentreNATS 2021. So after buying the ’64 van in 2016 on the Gold Coast, he had to divide his time and efforts in numerous directions. Focus shifted to the FOOLISH van ahead of its Rockynats unveil, and he’s made good on his promise to make an epic one.

Eagle Performance supplied the injected small block crate engine, complete with Brawler injection and Haltech ECU. Behind the mouse motor is a Turbo 350 and a fabricated 9-inch with 31-spline axles and Truetrac centre. A Rod Tech front end replaces the factory kingpin until, while all the good Gazzard Brothers gear has been fitted out back to help the old girl hook up. 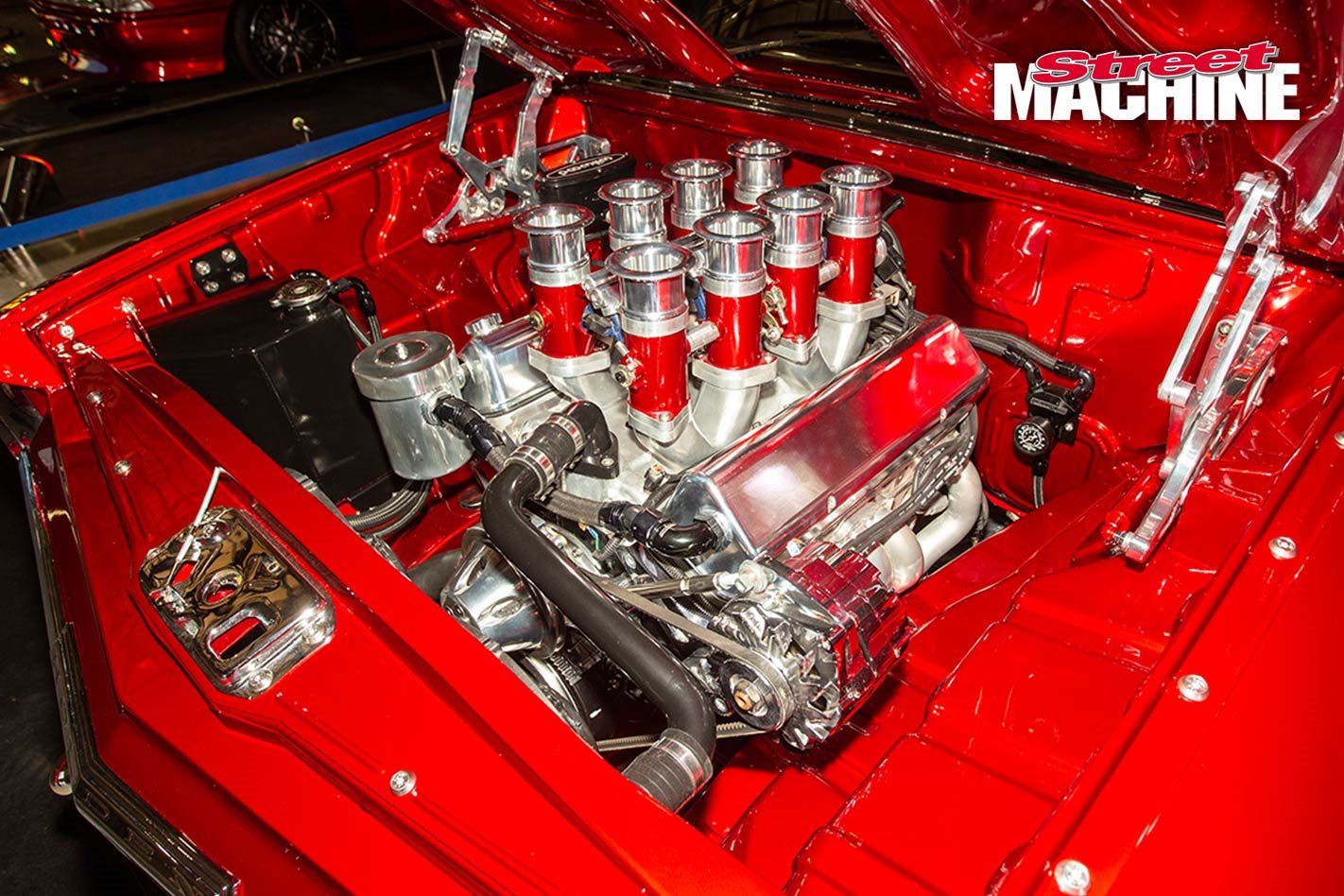 Rims are Welds; 15x10 out back and 15x7 up front. Thanks to being mini tubbed Graeme says he can fit 315 rubber underneath, but for now its happy on 275s.

As for the body, what a journey it’s travelled. Graeme has his own abrasive blasting and protective coating business, and on the day he picked it up it was fully blasted at his workshop. It was then off to the panel beaters and others to help him through.

Paint is Mazda’s Soul Red Crystal 46V, which extends into the cabin for the doors and dash. Checking out the van’s sumptuous leatherwork shows what a mission it must have been to pull it all out after the roof-crush drama. Black leather for the floor, walls and roof, with touches of red stitching, make it a padded playpen to enjoy. 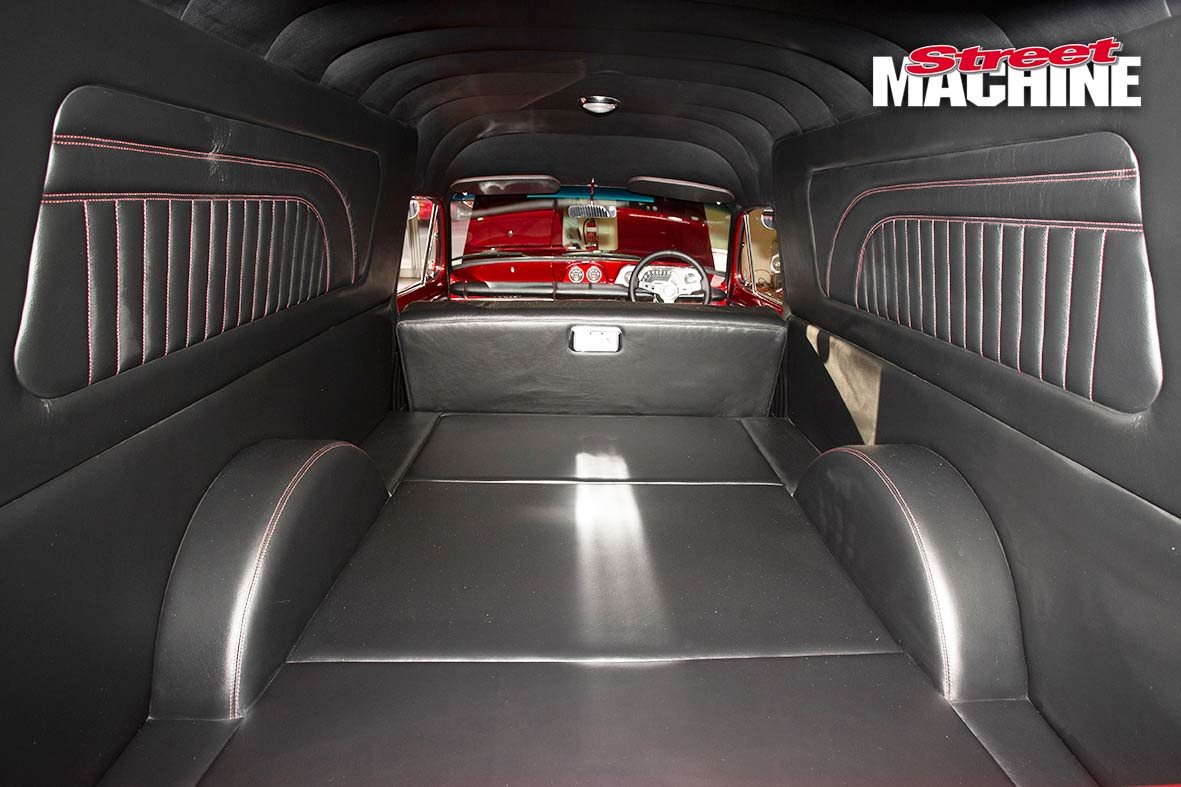 “It’s great it’s here, but I’ve had endless dramas with it, I don’t know where to start,” Graeme said. “I’ve been stuffed around by people a bit and then when you think something’s right, some problem would happen.”

Finally, he’s ready to make the hard work pay off. “I’m gonna use it,” Graeme said. “It’s not made to be a trailer queen, and I want to take it to Red CentreNATS this year and just enjoy it.”