NEW Zealand’s Muscle Car Madness is one of the biggest and craziest car events on the Kiwi calendar. It’s held each year in the small town of Rangiora, just outside Christchurch, and like Street Machine Summernats, heaps of people camp on site. There’s also a burnout competition and a show ’n’ shine that always includes some of the coolest custom rides in New Zealand. Here are some of our favourites from this year’s event. AUCKLAND boy Jack Rainbow brought this tough-as-nails 1964 Chevy C10 to Muscle Car Madness this year. The recently completed slammed pick-up packs a twin-turbo Dart small-block Chev, which is already making around 500rwhp on a run-in tune. “Originally it was going to be single turbo,” Jack explained, “but apparently it’s easier to do twin turbos, so we did that instead! 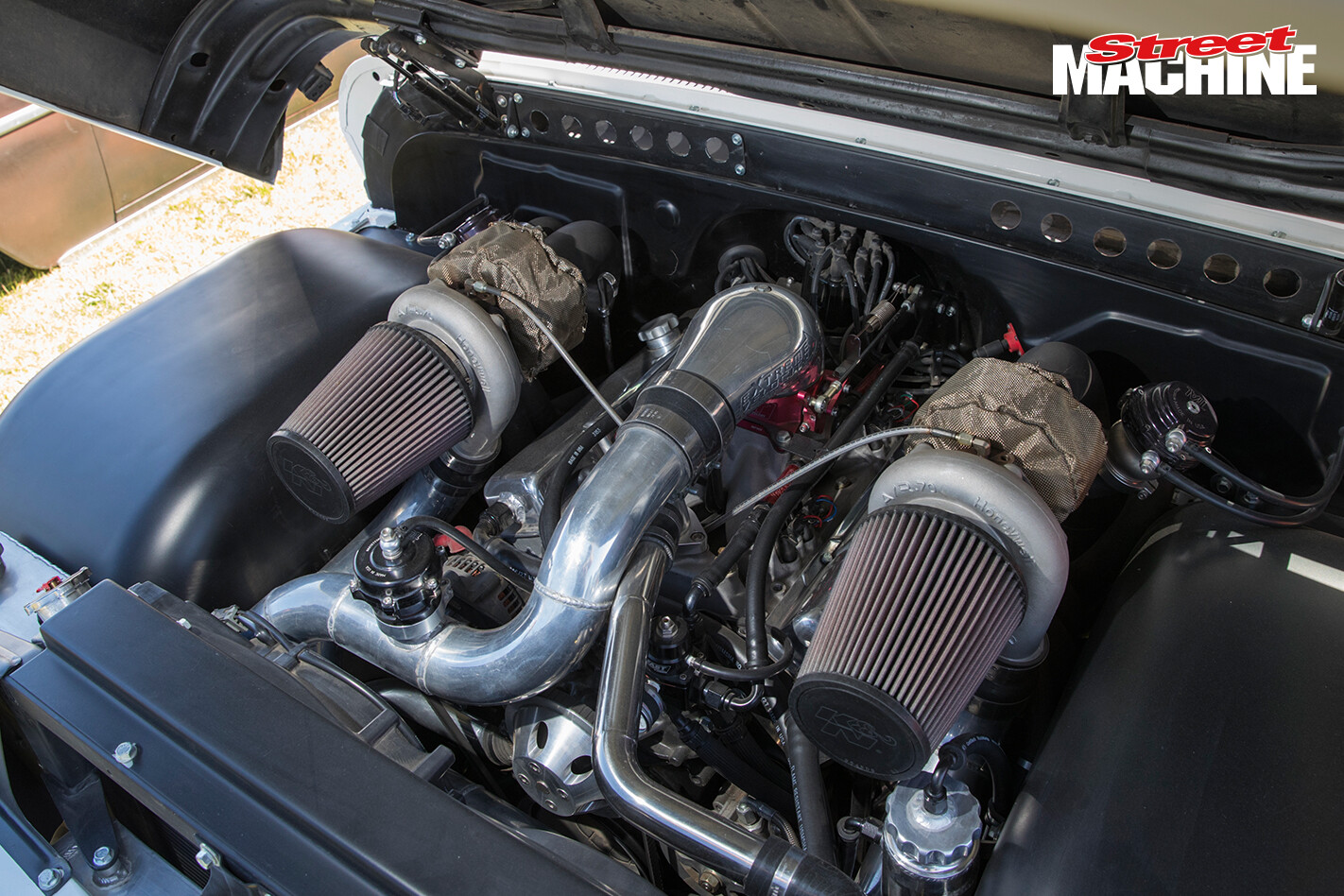 “The aim with the car is to do a burnout for a full quarter-mile,” he continued. Kiwis really are crazy. 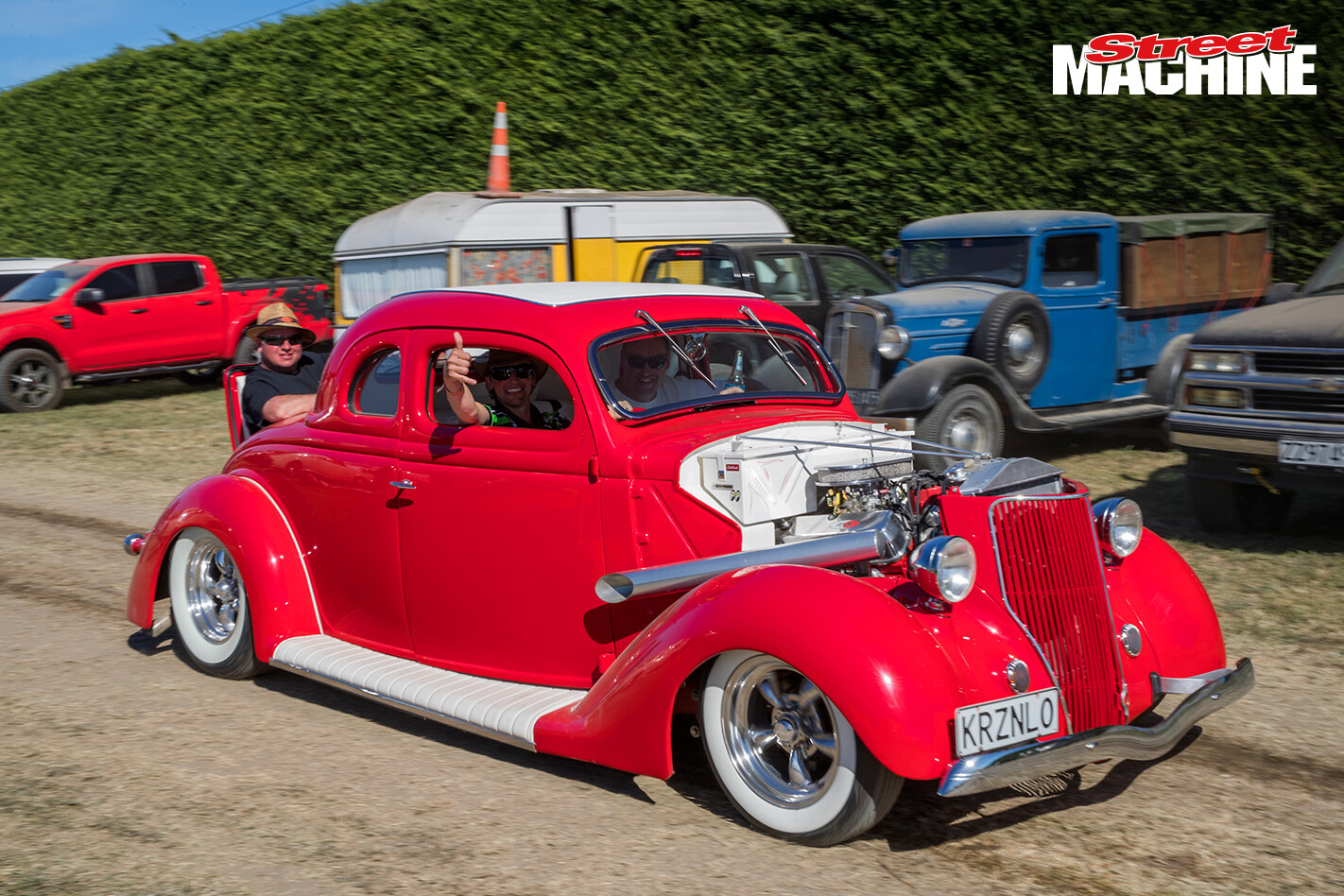 WAYNE Nicol from Dunedin owns this chopped ’36 Ford five-window coupe, which was only painted 12 weeks before Muscle Car Madness 2017. The car runs a small-block Ford, C4 trans and eight-inch rear end, and has been on Wayne’s radar since he was six or seven years old. 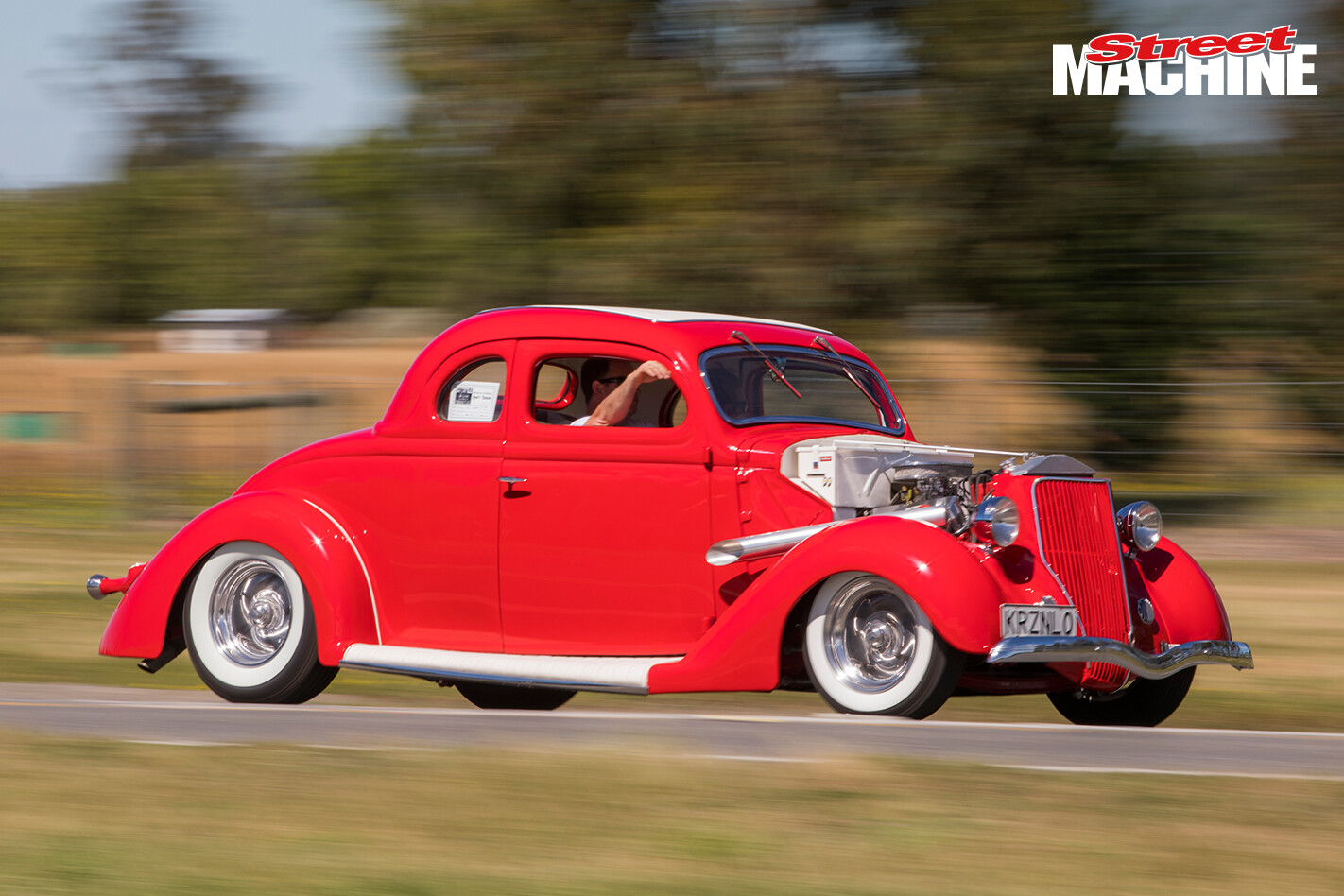 “I bought it off a panel beater who was my dad’s mate around four years ago, and he had owned it for 45 years,” Wayne explained. “It spent most of those years stuck in the back of his workshop, until I bought it.” ANOTHER new build at Muscle Car Madness this year was Graham Coates’s crazy ’48 Chevy pick-up. You’ll instantly notice that some fairly comprehensive metalwork has gone into making the body look the way it does. 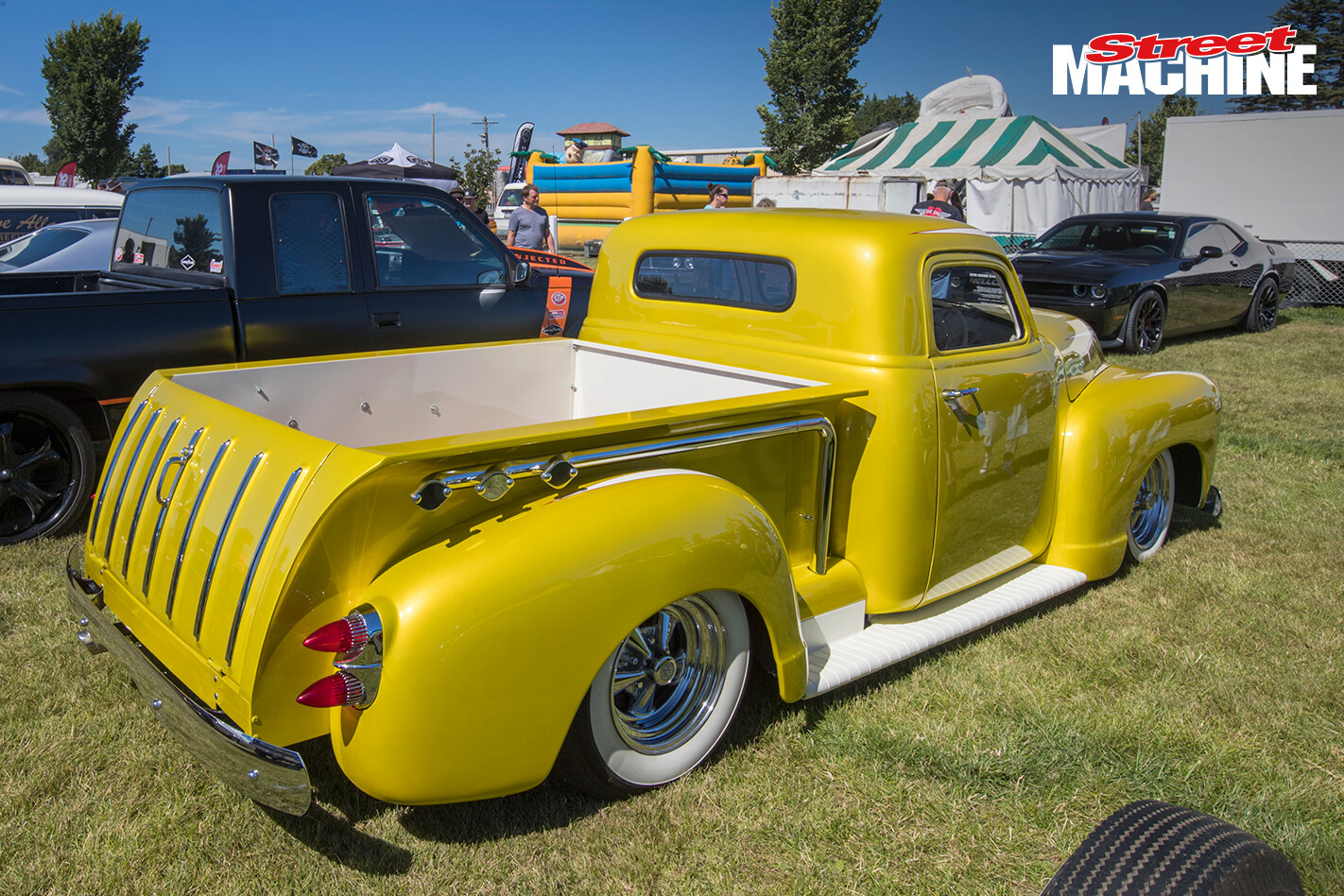 For starters it’s had a roof chop and been channelled to get it sitting lower. The bonnet has also been sectioned, the wheelarches massaged, and at the rear a Pontiac Safari tailgate has been grafted into place. Under the bonnet is a small-block Chev, hooked up to a TH400 and V8 Holden differential. Graham wanted a 60s show truck theme, so it has dummy exhaust pipes down the side of the bed, a custom paintjob, and a stunning white and brown custom interior to match. 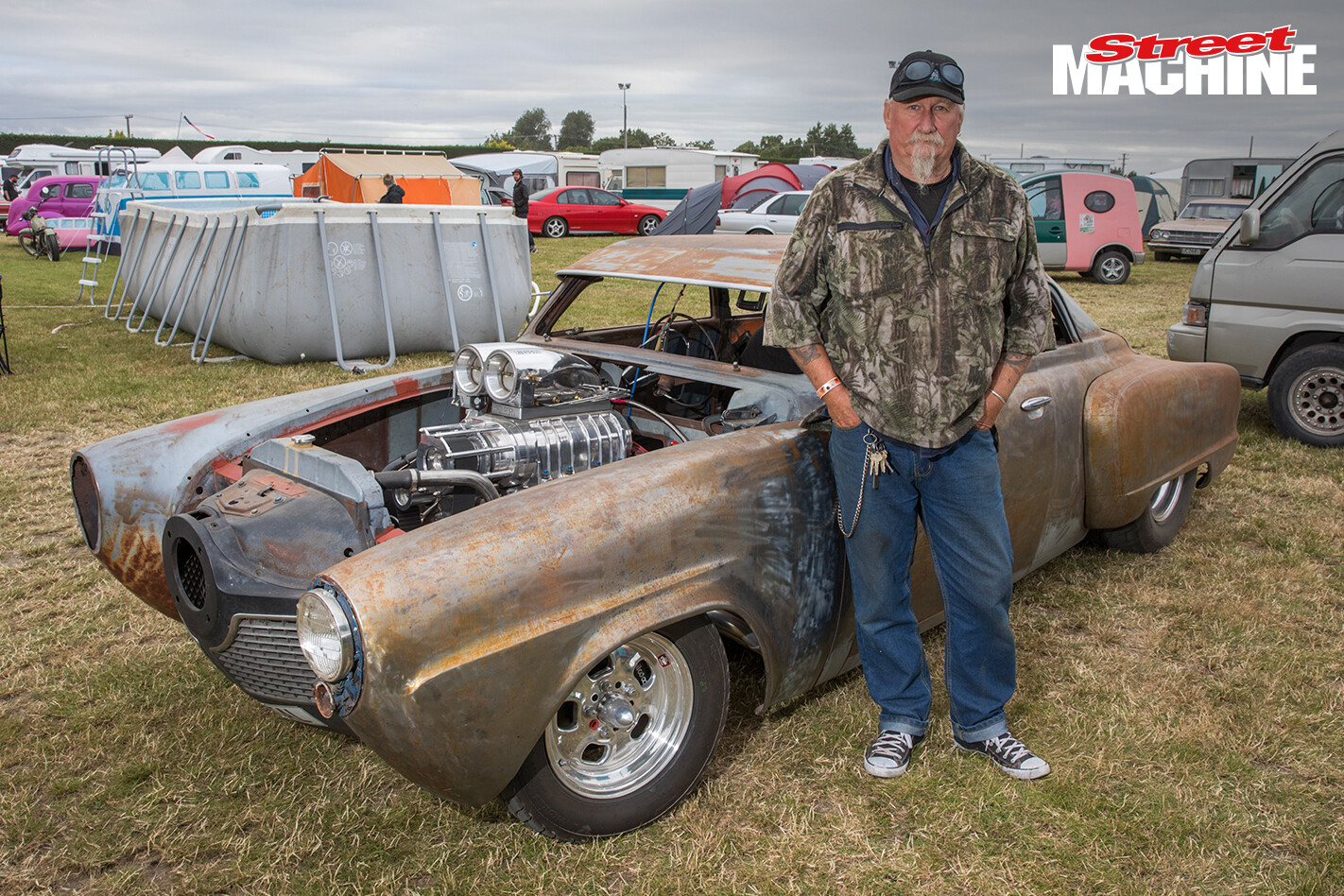 THEY’LL let you cruise around in just about anything at Muscle Car Madness. Case in point is Dave King’s absolutely bonkers blown and injected Studebaker. Clearly the car is still a fair way from completion, but she runs and drives, so of course Dave was going to bring it along.

It’s an angry thing, packing a blown and injected big-block Chev under the bonnet, backed by a TH400 and nine-inch rear end. Underneath, the chopped, widened and lengthened body sits on an Art Morrison dragster chassis, and get this – the whole thing will be certified, engineered and road-registered for street use in New Zealand! You’d never be able to do that here in Australia. Maybe that’s why New Zealand native Dave moved back to Kiwi-land after living in Oz for a while, which is where he found the car. 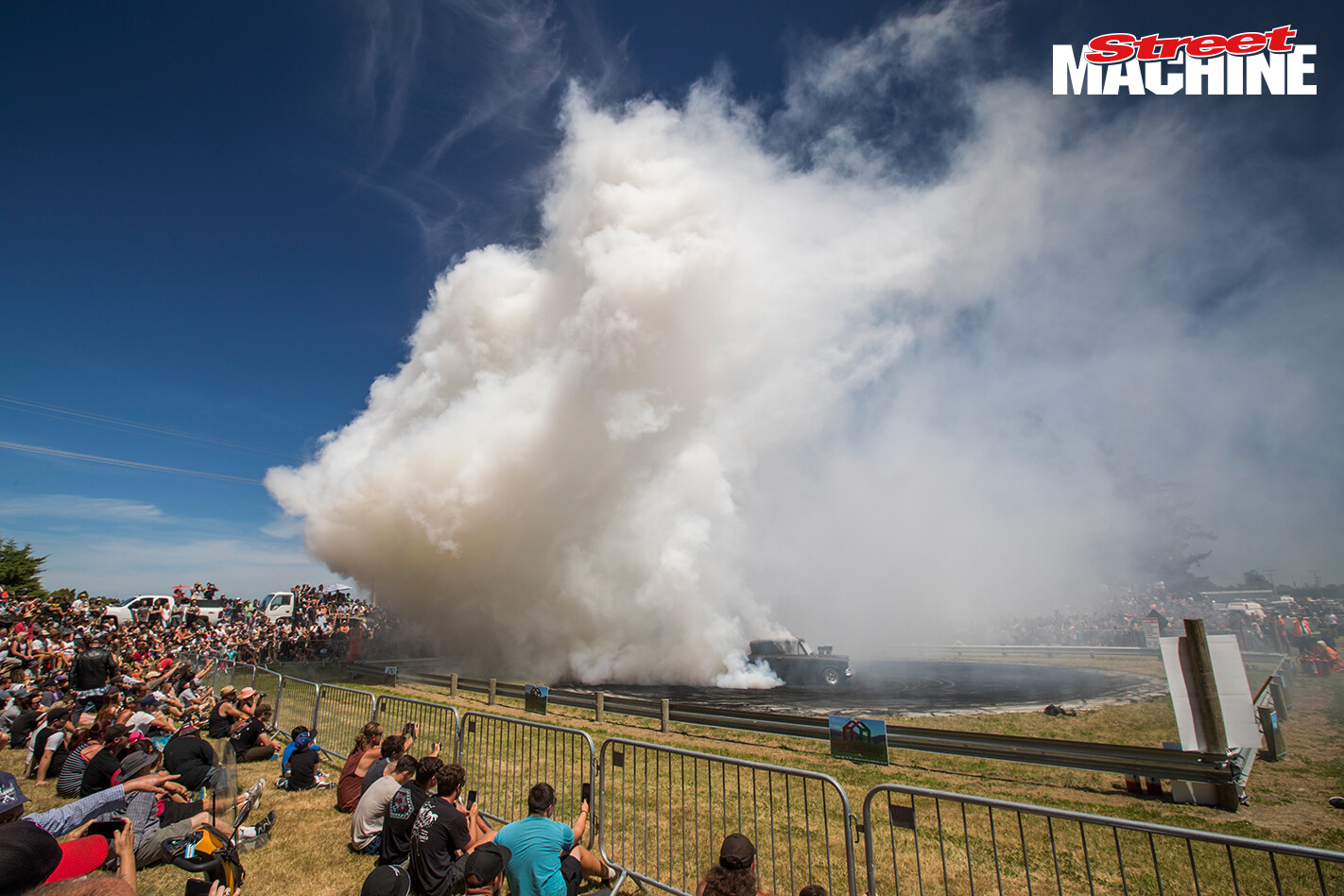 JOHN Healey has a thing for old Ford Anglias. Last year we saw him take out the burnout comp at Muscle Car Madness in a tunnel-rammed V8-powered Anglia. This year he had another example of Ford’s little family car – again with a V8 stuffed inside it. This 377-cube Chev set-up was only just finished in time for the burnout comp.

She’s still a bit rough around the edges, but the plan is to eventually get it street-registered and do a bit of drag racing here and there, as well as burnouts.