PAUL Hart thought his Rare Spares Rockynats was over before it properly began when his XR Fairmont’s gearbox lost reverse immediately after day one’s scrutineering. A rapid rebuild ensured it finished in glory, shock, joy and celebration as his epic ’67 Ford sedan took Grand Champion award in the first ever Rockynats. 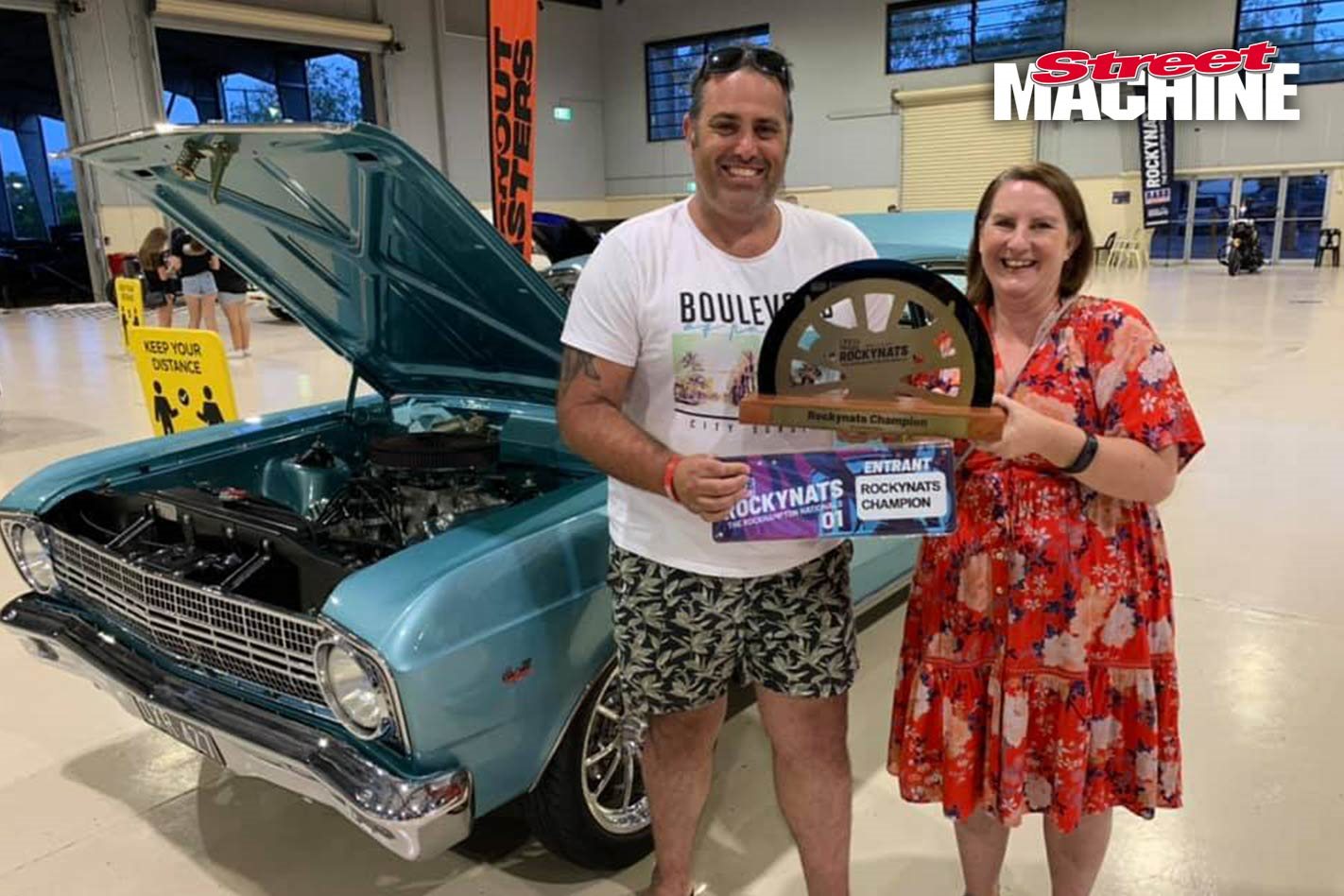 “I had no expectation my car would ever get near anything so prestigious,” he said after being thrown into the spotlight with the win. “I was hoping it’d just go top ten in street, so it’s totally unexpected. I’m feeling stunned, blown away and humbled.”

Originally a six-cylinder, the XR Fairmont now houses a Tremaniac Racing-built 427-cube with Dart block making 620hp and 580lb/ft. With C4 transmission, 9-inch diff, Wilwood brakes all round and Enemies Racing Australia rims it’s a well-used street car that coped beautifully with the greasy go-to-whoa conditions on a wet final day in Rockhampton. 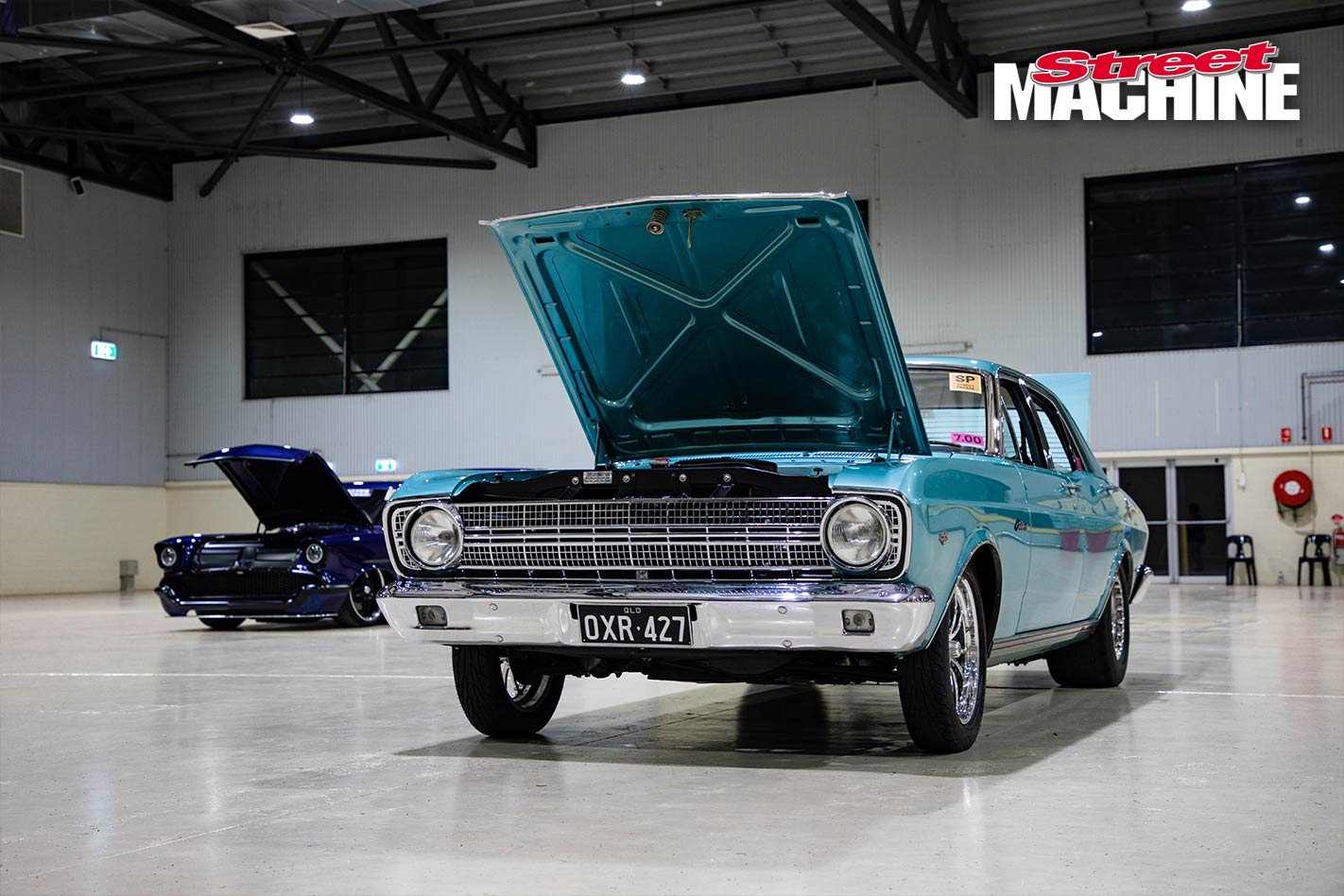 Dressed in factory Ford colour Opal Green with body by Coops Resto Co, it boasts a damn close to original parchment interior by Reid McInnes at Muscle Car Interiors with GT charcoal highlights for the dash and door tops. To top it off, venetians adorn the rear window. “It just wouldn’t look right without them,” Paul reckons.

Fully registered and with 4000km on the clock already after completing the build last year, the Fairmont “lives in the shed without a cover on it,” Paul said. “It’s for the street and me and the family to get around in. We just wiped it down an brought it up to Rockynats. The trophy’s secondary; I just love driving it.” 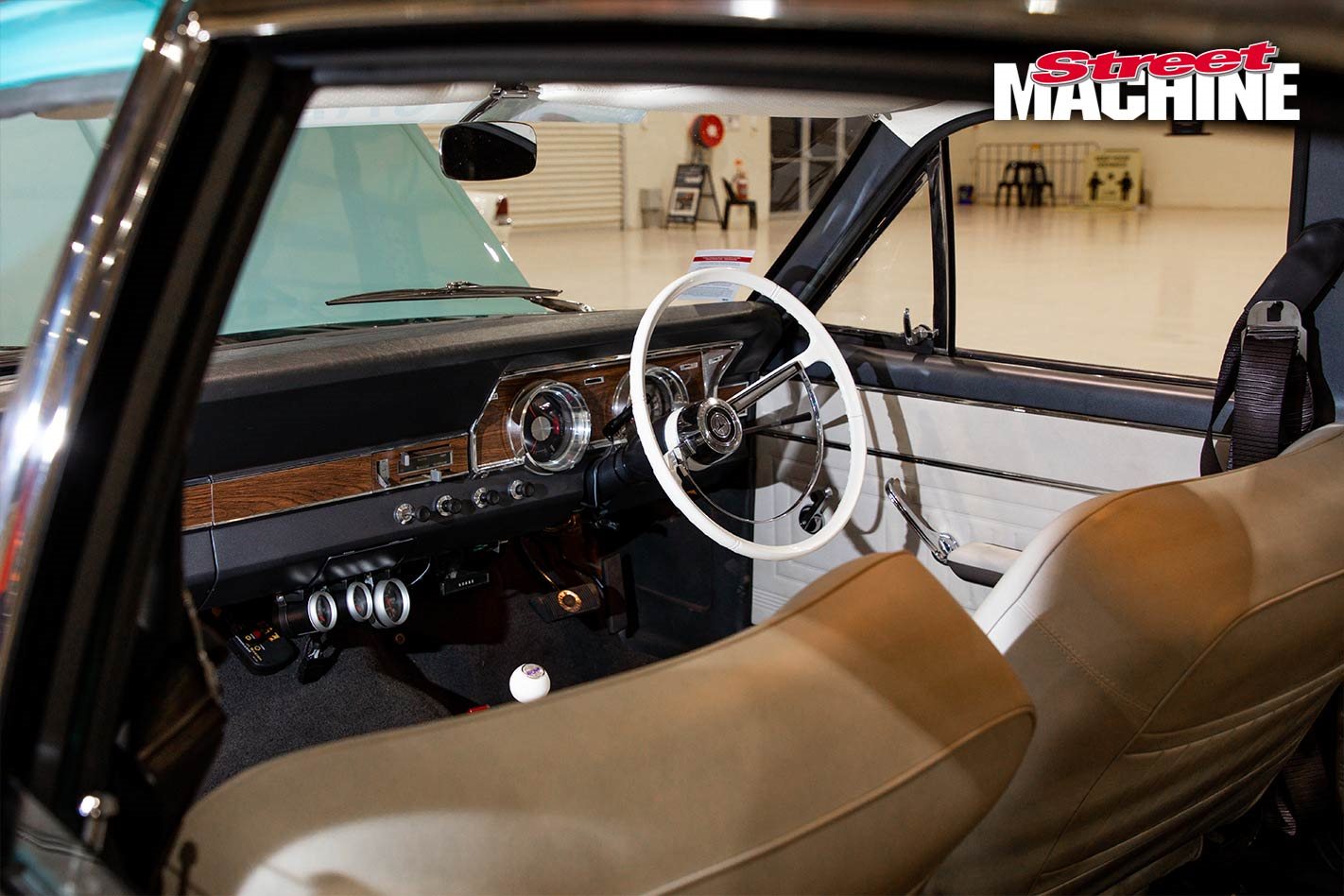 Having trailered it the nine hours to Rockhampton from Ipswich, a Good Friday coffee post-scrutineering turned to drama as the gearbox lost reverse. “I thought that was the end of the weekend, but I managed to find a local fella who opened on Good Friday for me, took the ‘box out, rebuilt it and had it back in and me able to go backwards again.”

Watch next: Rockynats day one video

Up against strong competition for Grand Champion, Paul said he was surprised to win but the secret to the success was “no tricks, just good people doing good work. There’s nothing over the top, nothing that’s going to date. I just wanted to drive it in the middle of Rocky, and it did everything I asked it to do.” 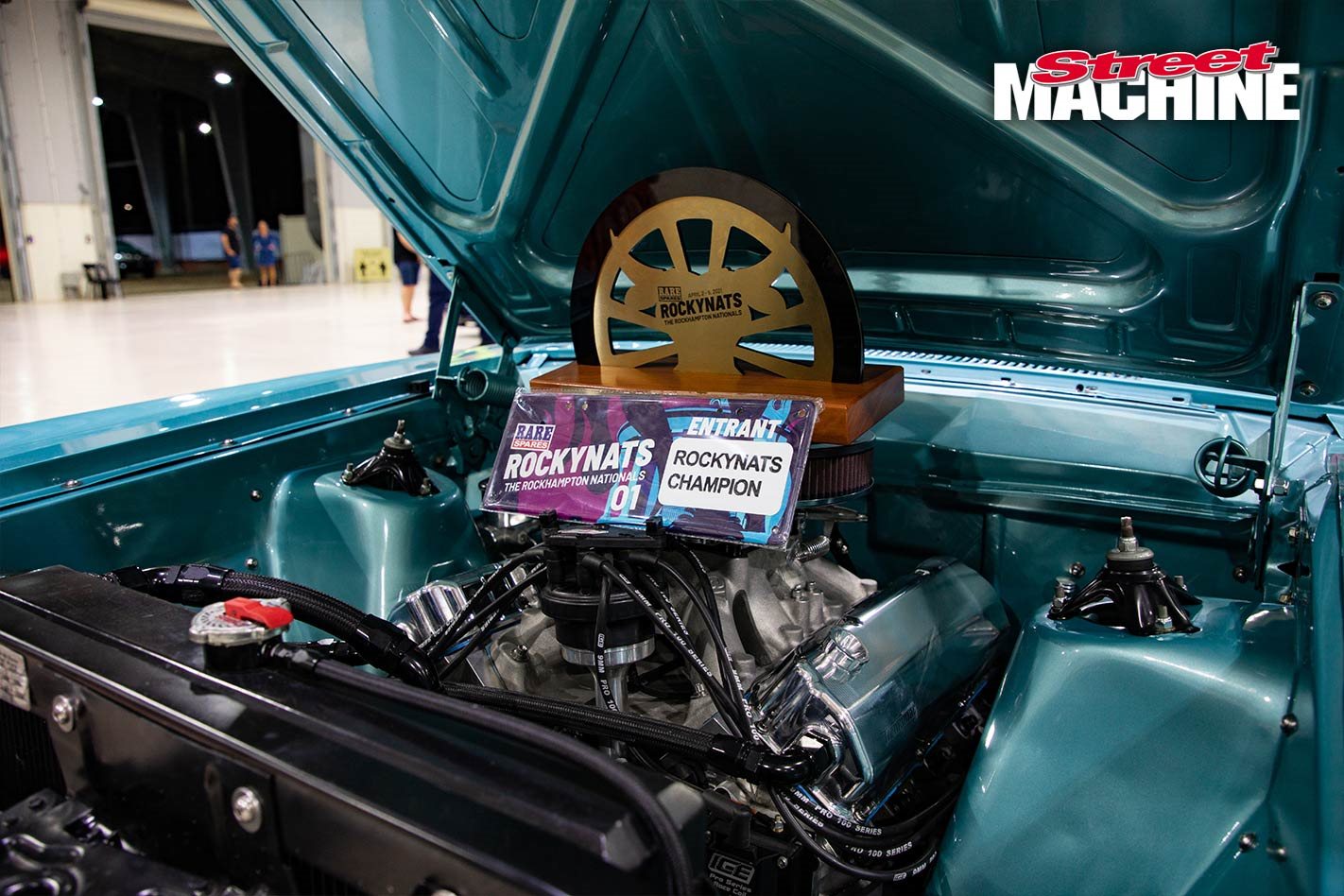 What’s next? Street Machine Summernats Paul reckons, but before that, he’s just keen to get it home without the car being rained on anymore. 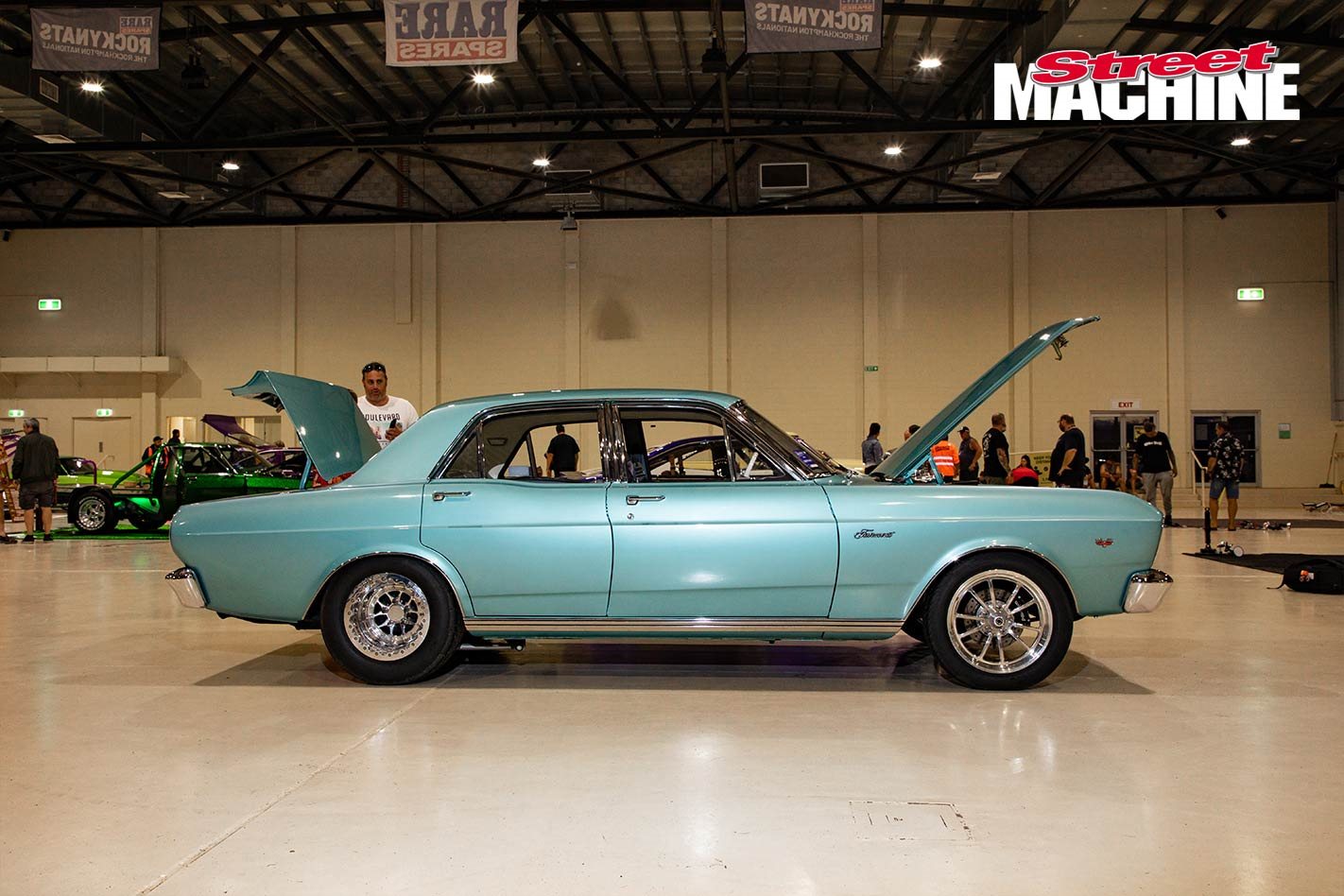