WHILE most of the Street Machine team were in Tassie over the Australia Day long weekend for Powercruise, I stayed in Melbourne to check out the Victorian Hot Rod Show, held in the beautiful Royal Exhibition Building.

As soon as I strolled through the front doors, I was smacked in the eyes by Guy Ford's stunning 1959 Lincoln Capri. These cars were wild from the factory, but this one has been greatly-enhanced with some subtle body mods and wild custom paint. Sitting beside the Lincoln was the Castlemaine Rod Shop's WARBIRD XP Falcon. While the XP is yet to turn a tyre in competition, it has already won Best Overall Design at the World Wide Wrap Awards and nabbed at Top 60 spot at Street Machine Summernats 31. I really dug Raelene Leggo's 1979 Ford Bronco. The beast is powered by a 460-cube big block, with an upgraded C6 auto and transfer cases to suit. Duco is Split Blood from DNA, with 35in rims and a 3-inch lift. 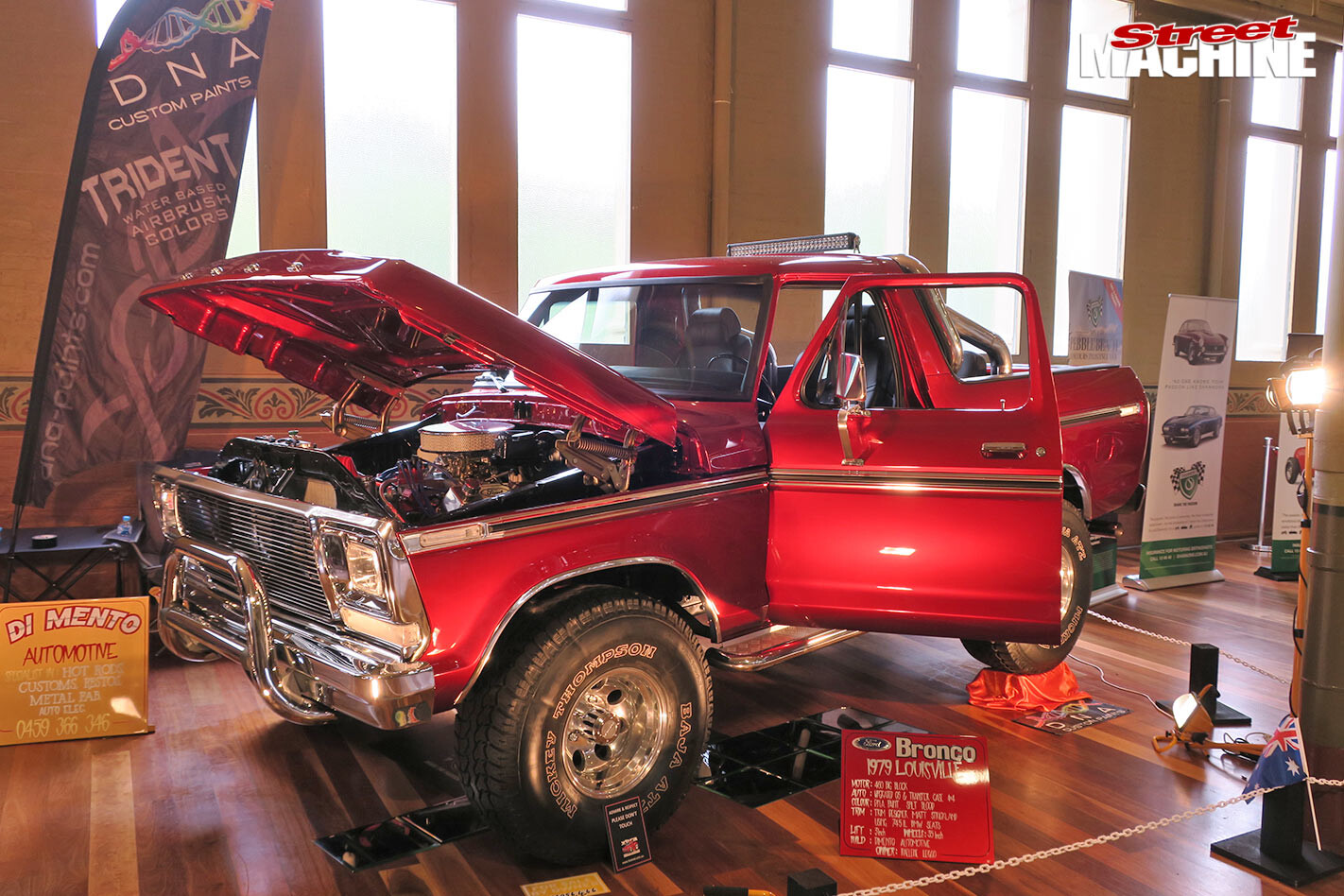 Wayne Elliot bought his HQ Statesman in 2013 from the 97-year old original owner! It has been restored back to better-than-new condition. We were stoked to see Chris Borg win Top Street Machine Commercial in his FJ ute, which was originally built by his dad. You can read the whole story here. We were also wrapt to see Tanny Spiteri's Statesman on show.Tanny build the cars with his late brothers 30 years ago and recently got the car back on the road and looking better than ever. The Deluxe Rod Shop boys always have some crackers on show at the Victorian Hot Rod Show. This year, their display included Justin and Leanne Micallef's in-the-build 1935 Ford tudor. The build includes a five-inch recessed firewall, fully fabricated floor and a big kick in the rear chassis. Power is provided by a 428 Ford FE big block with dual quads. I really dug Kevin and Carmen Spiteri's 1965 Thunderbird. It looks fairly stock, but is slammed to the ground on Air Ride suspension and is packing a mild 390 FE big block mill. It is always a pleasure to see Gary Beardsley's stunning FX Holden in the flesh. It was one of the first really high-end retrotech builds, which you can check out here. And for something different, how about this Vortech-blown, LS-powered Mazda RX4 on the Johnny Z stand? Body mods include a custom firewall, modified early Falcon dash, modified door tops to suit and fat wheel tubs. 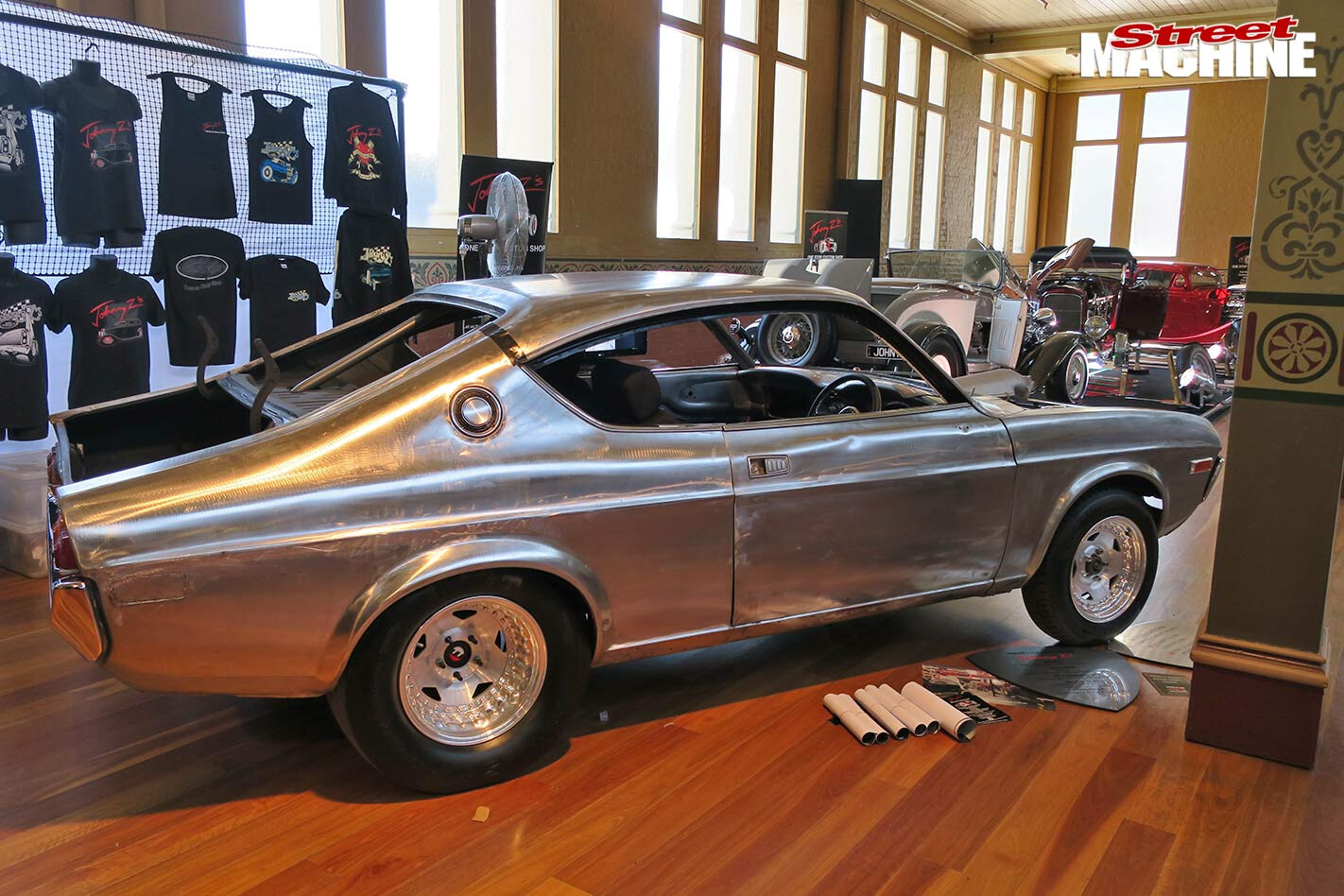 Ben Forster from WA brought his wild Coupester to Melbourne and walked away with a spot in the top five vehicles overall. 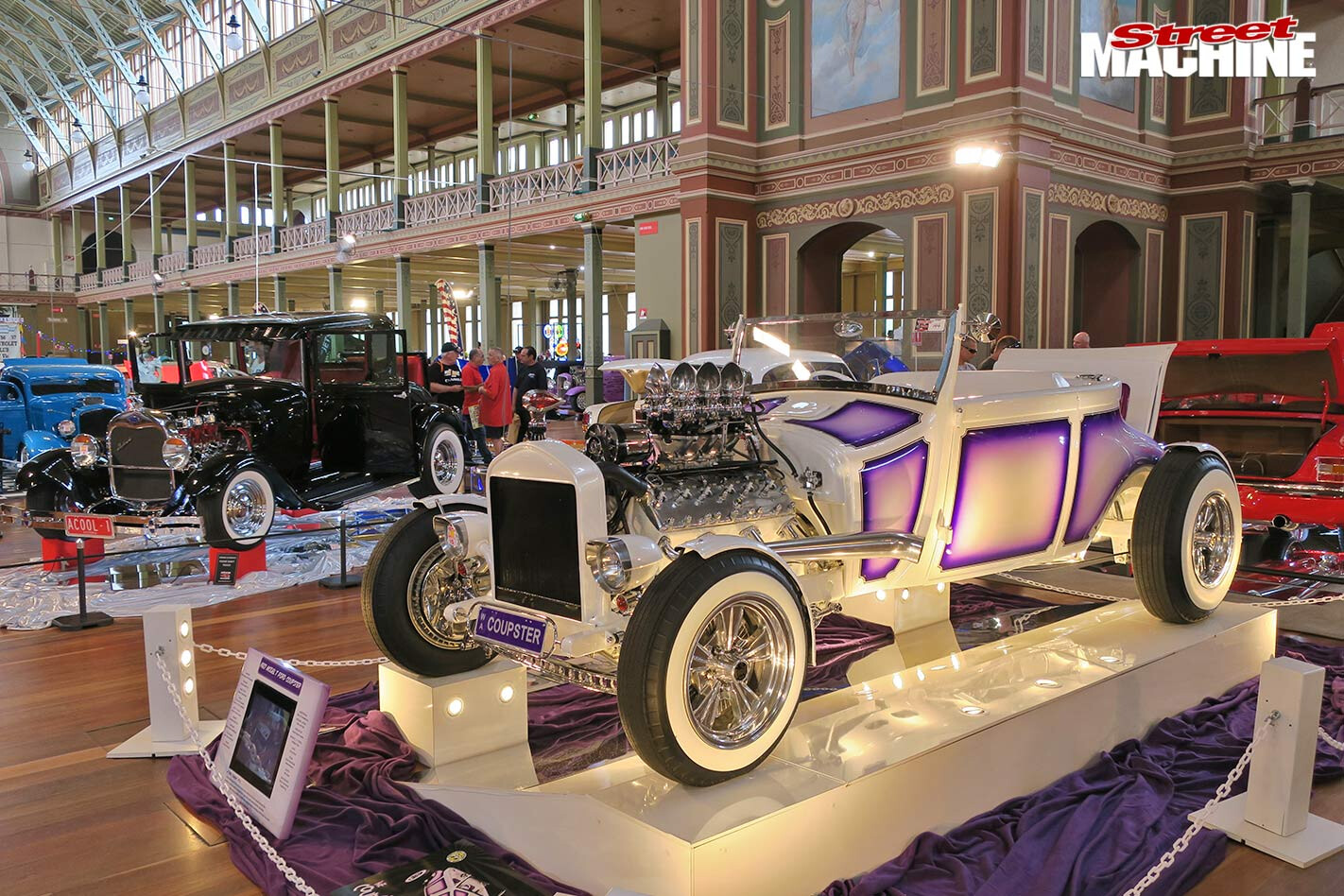 Rod and Carol Hadfield took out Top Tourer honours for their all-steel 1934 Ford tub. The beast is powered by a 350 Chev and Saginaw four-speed combination, with a three-inch dropped front axle and Rod's own Haddybrand rims. 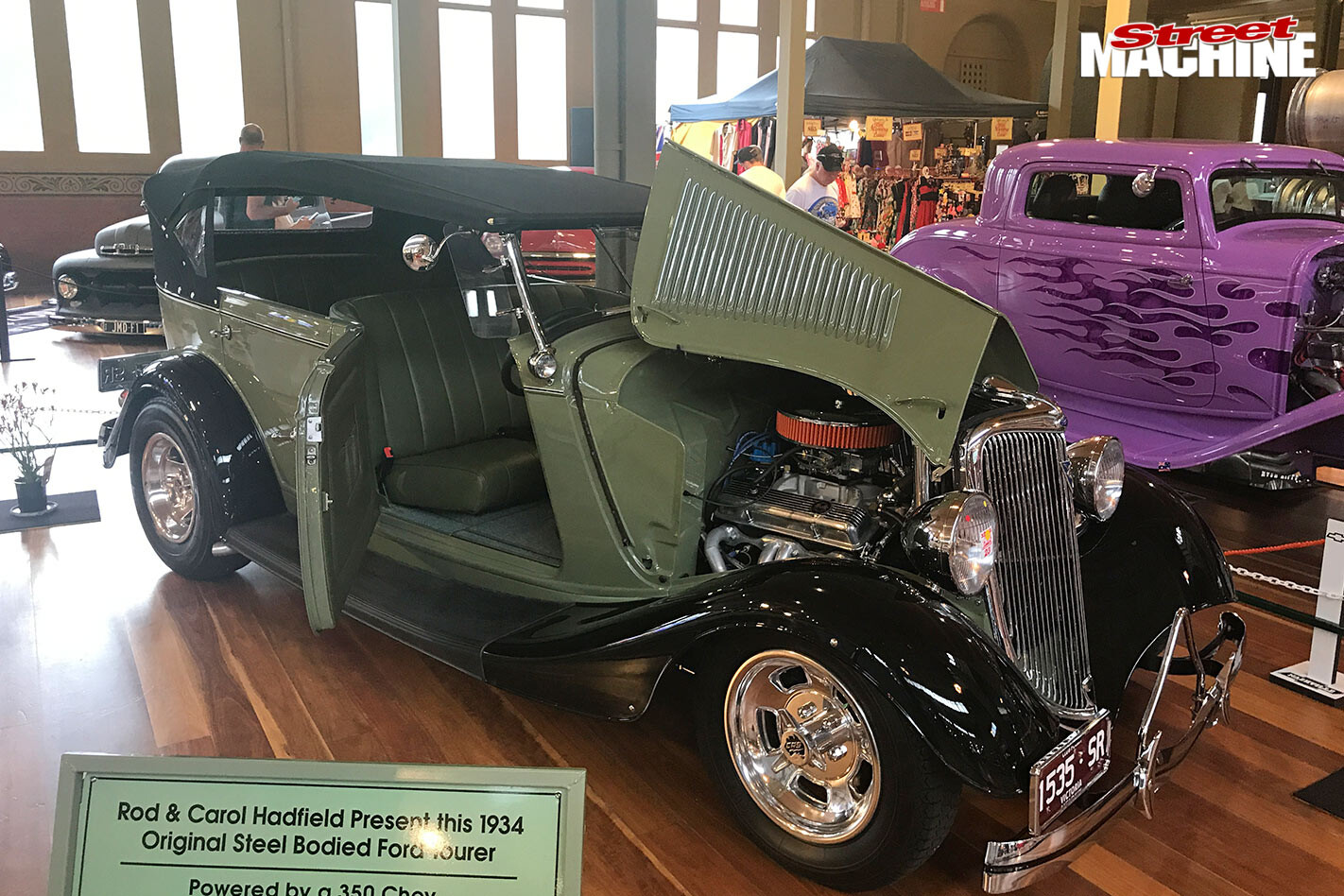 There were a ton of other great cars at the show, including the recently revived John Zeigler ute, but my photography skills didn't do them justice. More on the ute soon!