BILLy Shelton’s SICKEST VL Commodore deserved its crowd-pleasing grand unveiling at Rockynats, but it was really never meant to be this way. The plan was to build a cheap turbo VL, do some races and some cruising, and all on a strict budget. “I fought him to keep it in budget and not have a show car,” said builder Paul Butler from PB Automotive. Well, as you can see, the pleas were in vain. But then again, anyone familiar with Billy's other car - a HQ Monaro dubbed SICKO - would expect no less. 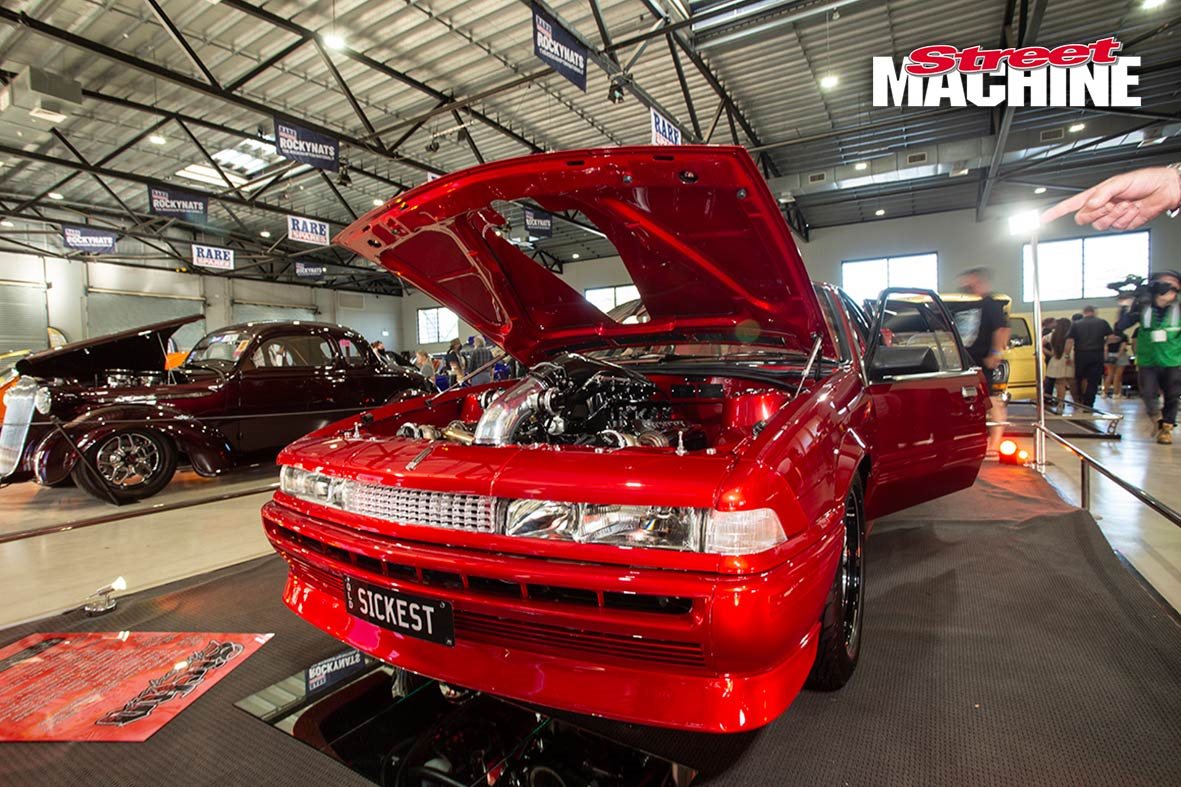 Dressed in ‘Sicko Red’ by Custom Mix by Concept Paints, the red overload can only be fully appreciated when venturing inside. North Coast Custom Trim has been busy coating the Kirkey race seats, dash, door trim and steering wheel in red leather. Not much has escaped the red transition, from the carpets to the headlining, the seat belts to the roll cage.

Read next: Billy Shelton's SICKO HQ Monaro in the build

Originally a Longreach car it was a dry and rust free VL when the project began. “It was really sunburnt though, and the interior was all exploded,” builder Paul said. Just four months ago owner Billy decided to target Rockynats and needed it to be a show car, as well as a racer. To hell with the budget. 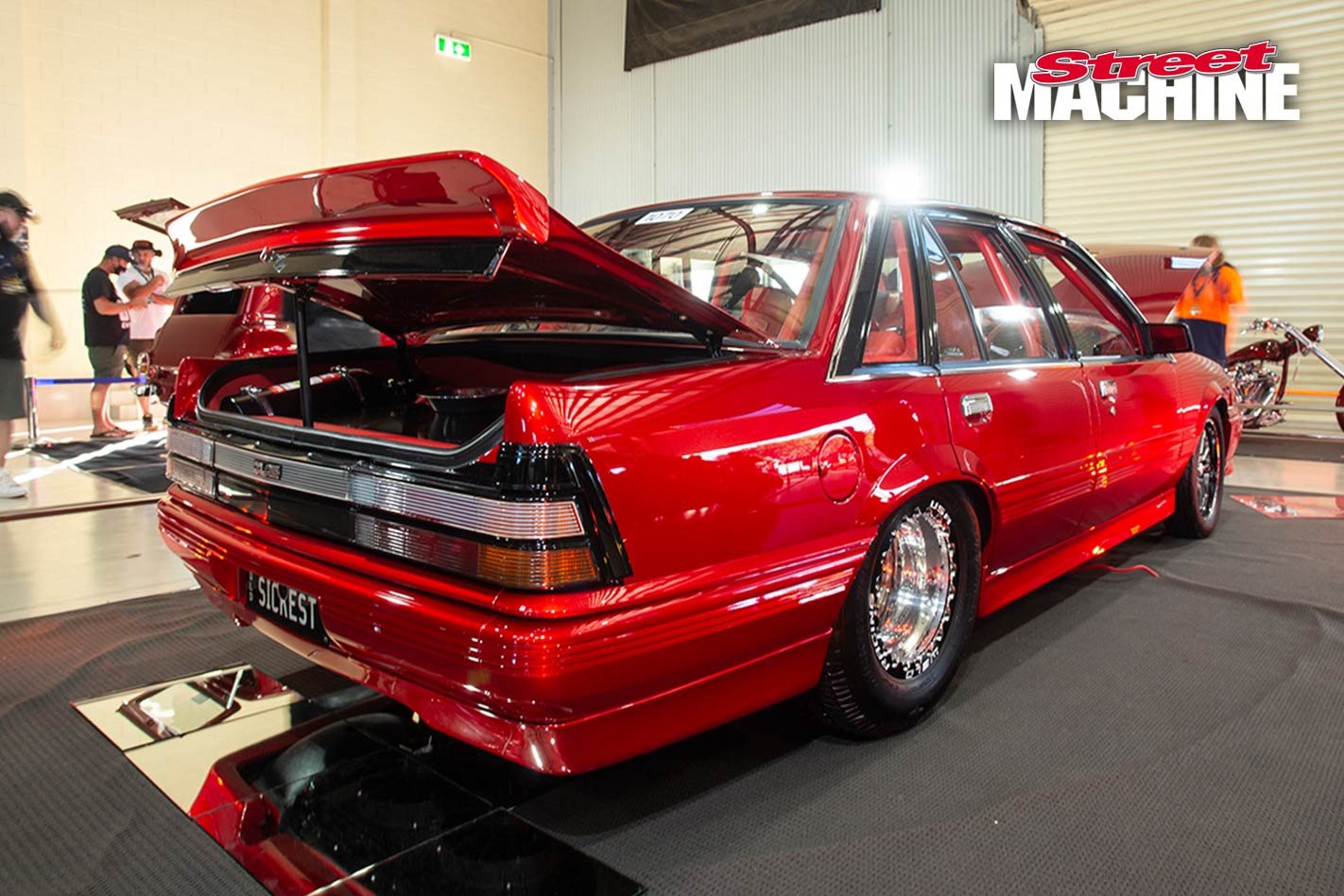 There’s nothing like a challenge. “That plan fell over Christmas and during Covid,” Paul explained. “It’s so hard to build something over those sorts of times, and I was panicking to get parts. I’ve been working 15-20 hour days on it for weeks to get it here.”
The VL’s LS – built by Pete Phillips Performance and tuned by Horsepower Solutions - has been grout filled, uses a Callies crank and Callies rods, CP pistons, custom LJMS cam, Holley HiRam intake and Proboost GTX 45 turbo. 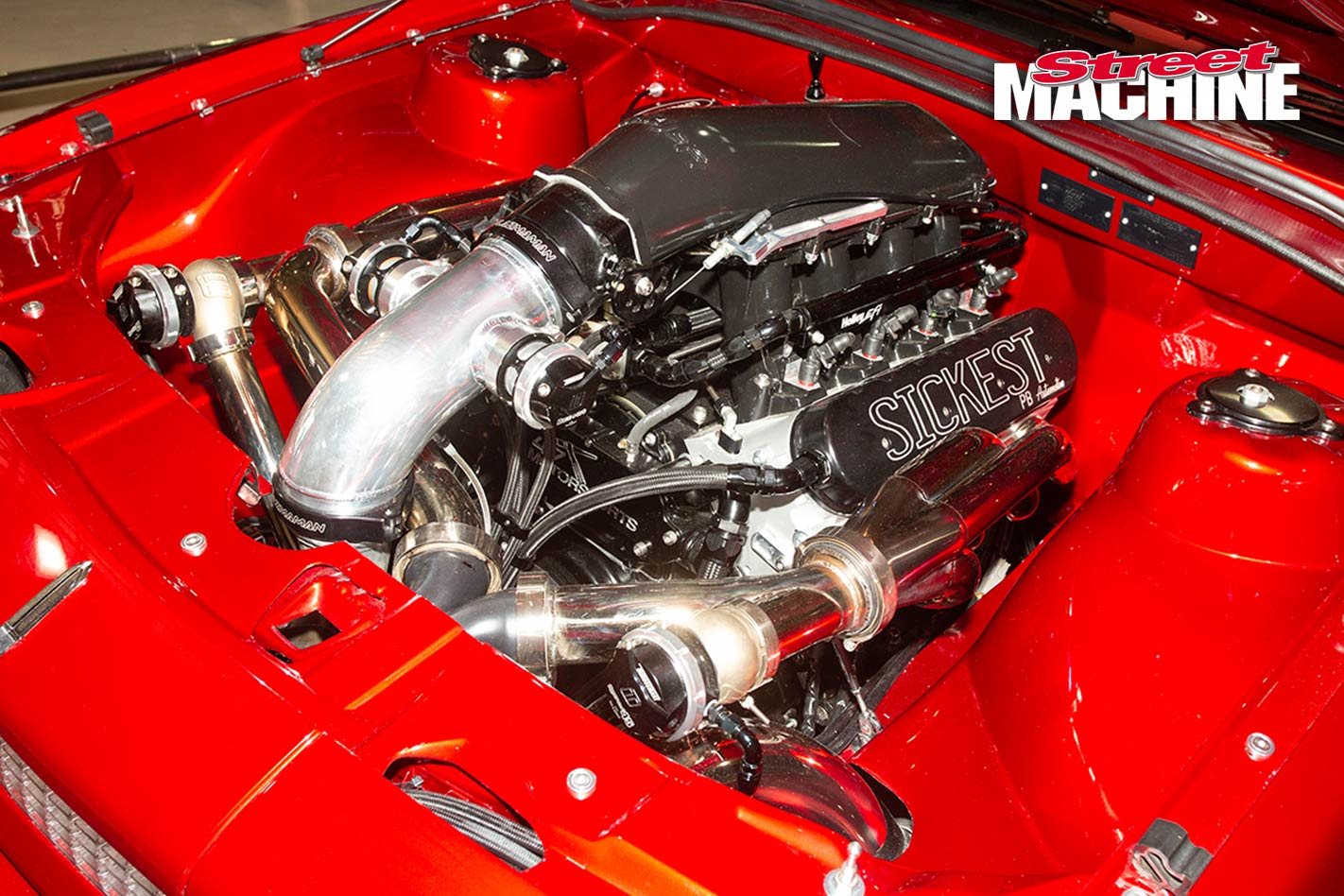 Dealing with it all is a Mikes Transmission Ultimate Vasco Powerglide and Brisbane’s The Convertor Shop custom turbo converter. A fabricated nine-inch diff’s filled with 31-spline axles.
Weld Race wheels are 15x10 and 17x4 with Wilwood brakes behind. The racing plan is backed by adjustable trailing arms, Enemies Everywhere anti-roll bar and AFCO coilovers. 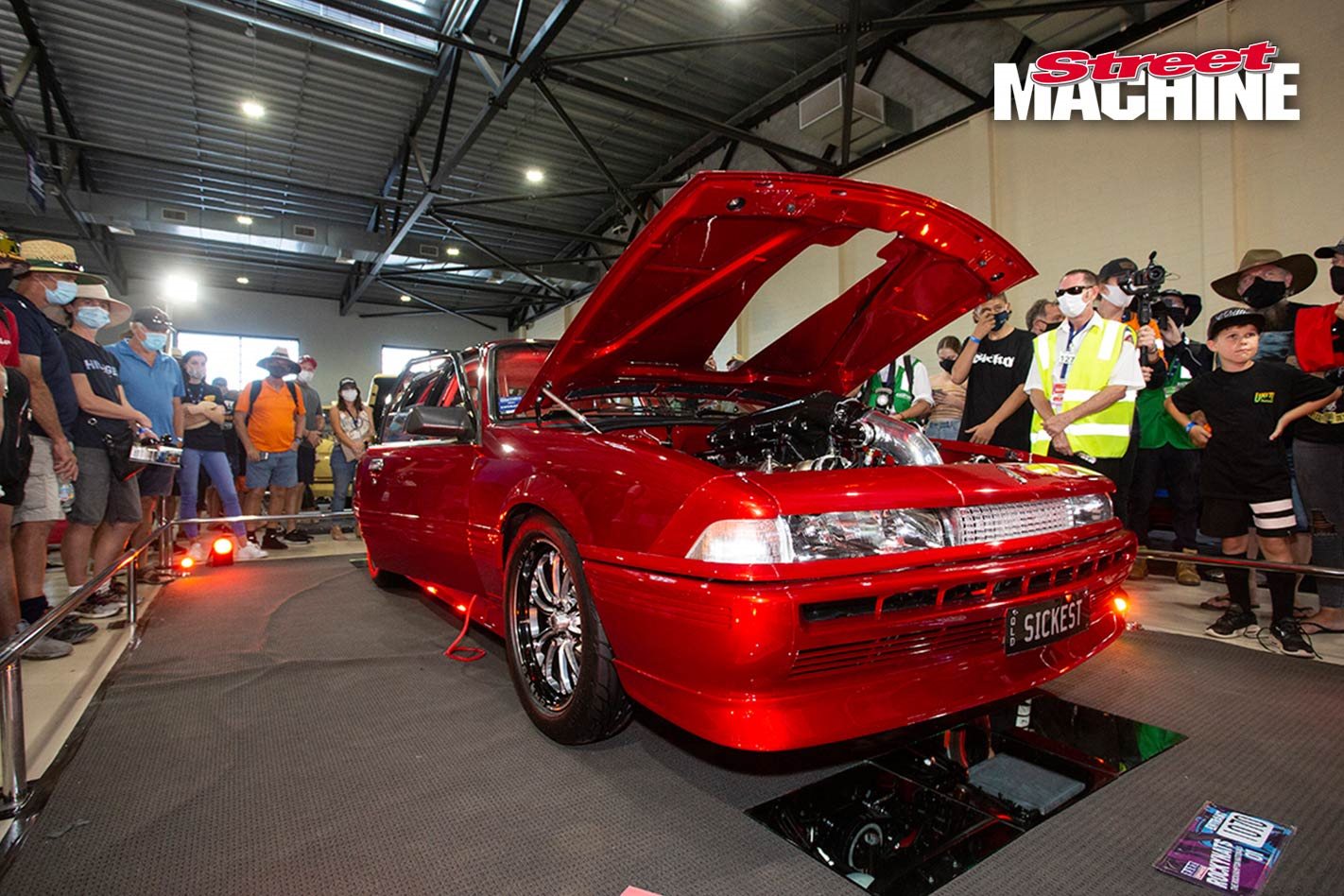 “It’s non-intercooled, has water meth injection and a large water meth tank in the back,” Paul said. “It’s got a rear mount radiator system which work really well.”
Once the show’s over it’s back to the dyno and, seemingly, a racing career as originally intended. Paul knows a lot of the pretty show bits won’t help the first intention of making it an 8.5 car, but has every confidence. “It has the engine to do it; this engine’s done 1000hp before in one of my cars.” 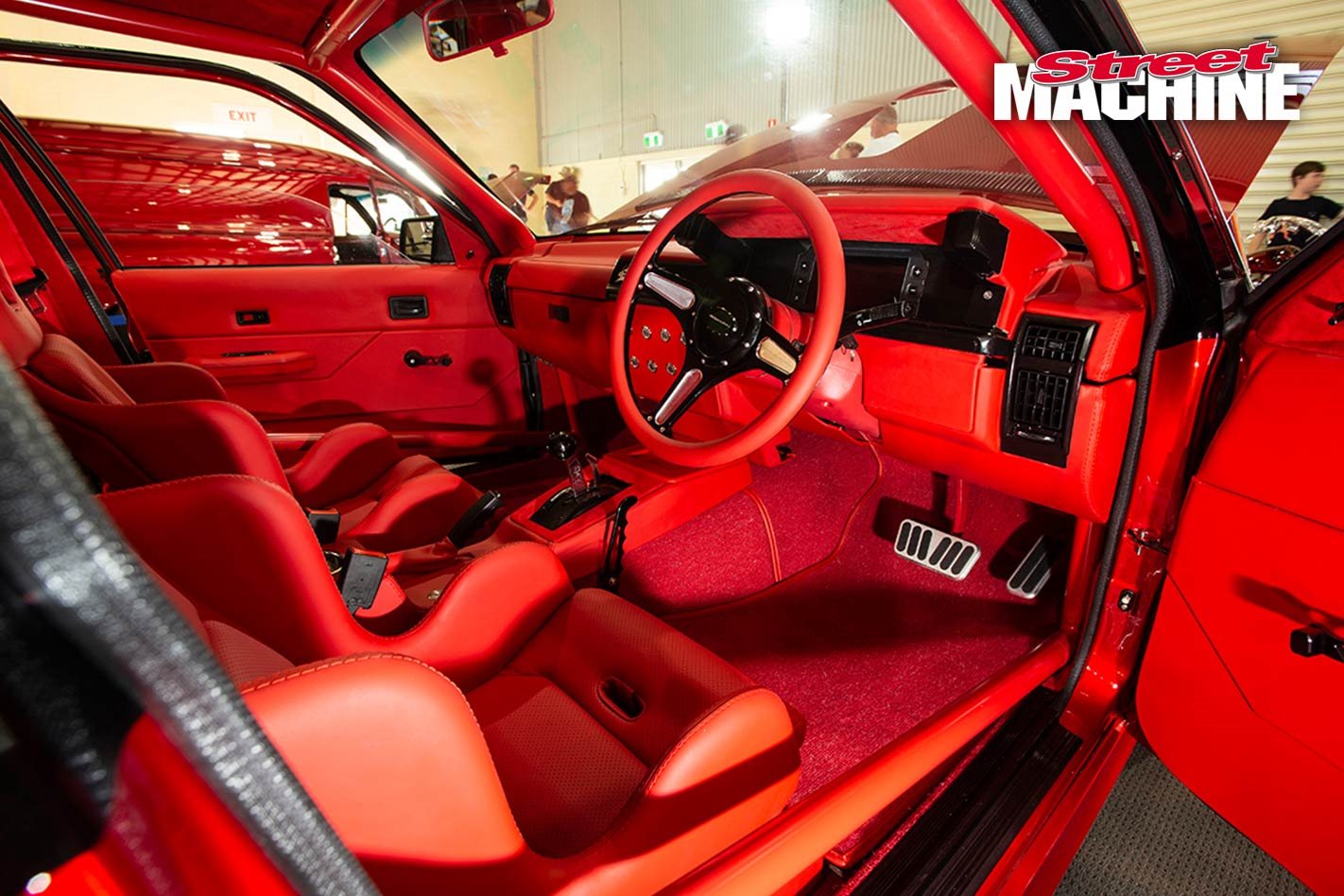