THIS boost-snorting beauty is the heart of Drag Challenge veteran Phil Edmondson’s eight-second XB coupe. As you can imagine, hurling a 1700kg Falcon down the tarmac at such a pace requires just a tad more power than it left the factory with: a snazzy 1423 Clydesdales, to be exact!

The man behind the muscle is Rino Conte of RC Performance, who was responsible for the entire build of this turbocharged 383ci Clevor. Starting with an SVO 9.2in-deck block that Phil picked up second-hand, Rino added a forged Scat stroker crank and a set of Oliver rods, while the slugs are custom-made CP jobbies that bring the static compression down to a very boost-friendly 8.2:1. 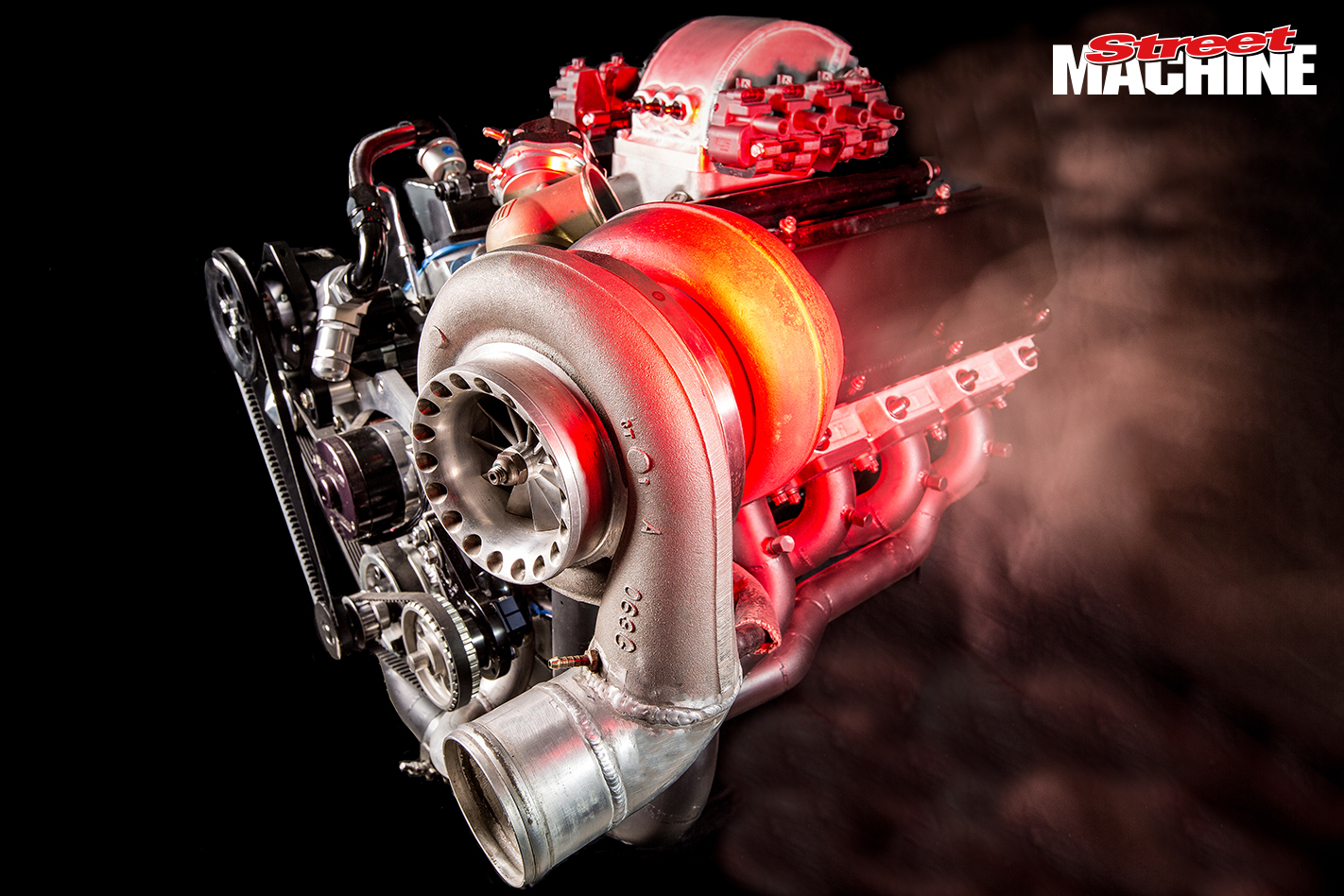 Valve control is courtesy of a custom Comp solid-roller cam pushing Isky Red Zone lifters; the fellas aren’t keen to divulge exactly how shapely its lobes are. To keep the combustion internal there are a pair of CHI’s wonderful 225cc 3V aluminium heads, which were then given a thorough seeing-to by Rino’s die-grinder. The combo is crowned by a matching CHI single-plane manifold that didn’t escape Rino’s touch either; he hogged out the inlet to 4500 Dominator size and massaged the ports to suit the heads.

The snail is a BorgWarner S480 that squeezes ingested air to 25psi before a Chiseled Performance water-to-air intercooler drops the temperature, and boost control is handled by a 60mm Turbosmart wastegate and Raceport blow-off valves. 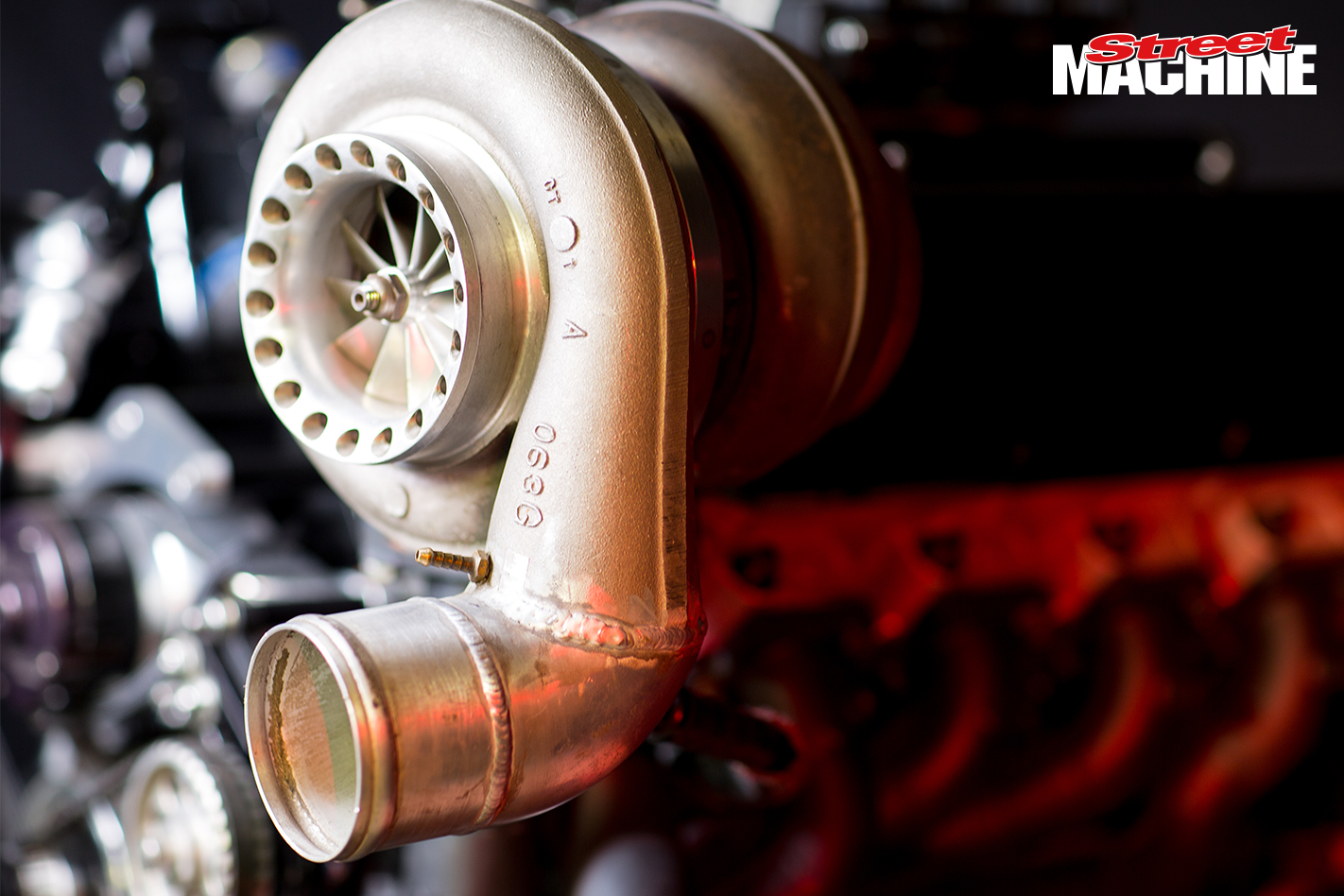 E85 is delivered to the hungry Henry by a rear-mounted MagnaFuel Pro 1000 mechanical fuel pump driven by a Waterman cable drive, and is squirted into the cylinders by Injector Dynamics 2000cc injectors.

Front accessories include a Moroso vacuum pump mounted on brackets made by Phil’s mate Barry Van Laatum, and a Meziere electric water pump to help control engine temp in any situation. The fires are lit by an octet of ICE 20-amp LS coils, and the whole shooting match is managed by a FuelTech FT600 ECU. All of the hot and cold plumbing, the throttle elbow, four-inch dump pipe and the steampipe turbo manifolds were knocked up by Andy at Adelaide Motorsport Fabrication. 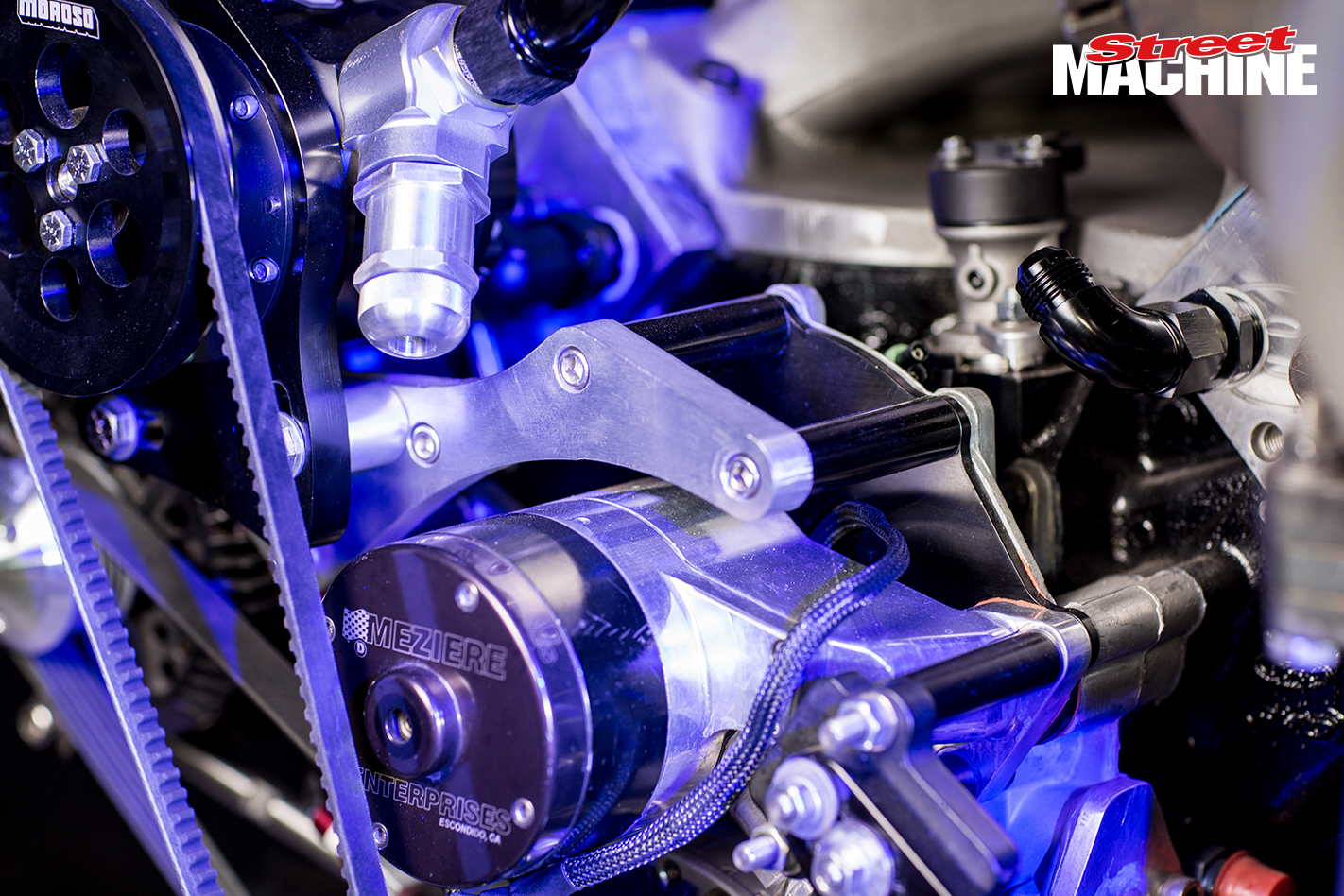 The coupe sees a lot of service on the street as well as the strip, so it’s a good thing it’s a doddle to drive. “People expect it to be loud and agro, but when it’s not on boost it cruises like a mild 351,” Phil says. “If anything, it’s too quiet!”

The current combo is copping some shiny new upgrades before this year’s Drag Challenge that should see Phil run deep into the 8s: a tighter converter, new 88mm billet-wheel BorgWarner courtesy of Forced Inductions in the US, and a larger twin 3.5in stainless exhaust