This Kiwi-built Buick is a lesson in classic 50s style

REFRESHING as an ice-cold Coca-Cola enema, ain’t she? Bright paint, wicked stance, mega rims and just the right amount of chrome on a swoopy body. Yep, ’55-’57 Chevs push all our buttons, but after 25-odd years of being the ultimate street-machine dream car, it’s getting hard for tri-five Chevs to make an impact on the show scene. With guys like Mark Jones, Anthony Sant, Rod Hadfield and Laurie Grima about, you really have to do something pretty special to make one of these classics stand out from the crowd. 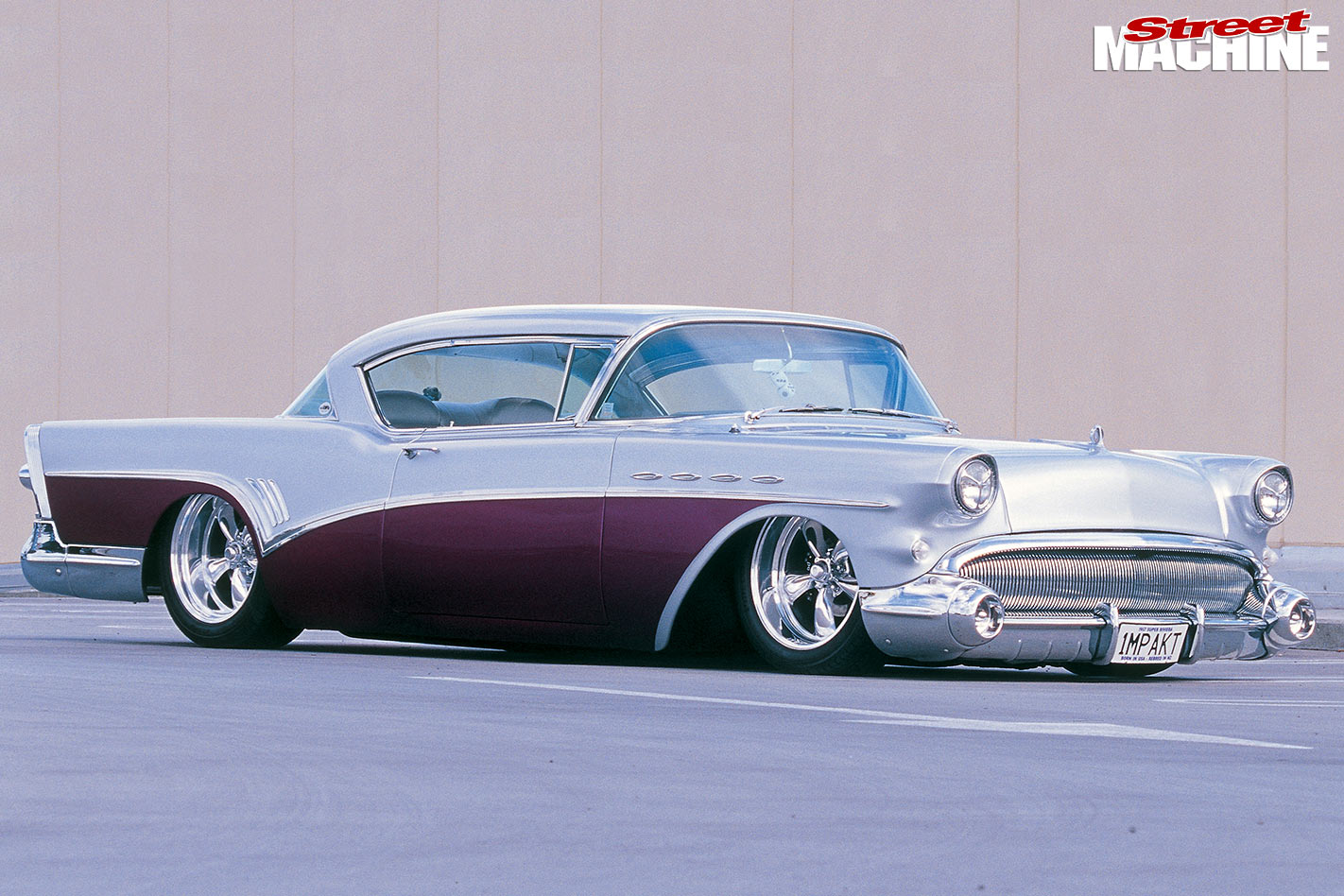 So what to do if you just have to have a mid-50s GM? Why not do what Kiwis Neil and Pam Baker did and build a ’57 Buick Super Riviera instead? Stock as a rock, these babies look awesome, almost like they were customised in the factory. But stock wasn’t good enough for Neil and Pam, who embarked on some well-thought-out modifications that turned the Buick into one of the sweetest cruisers in NZ. 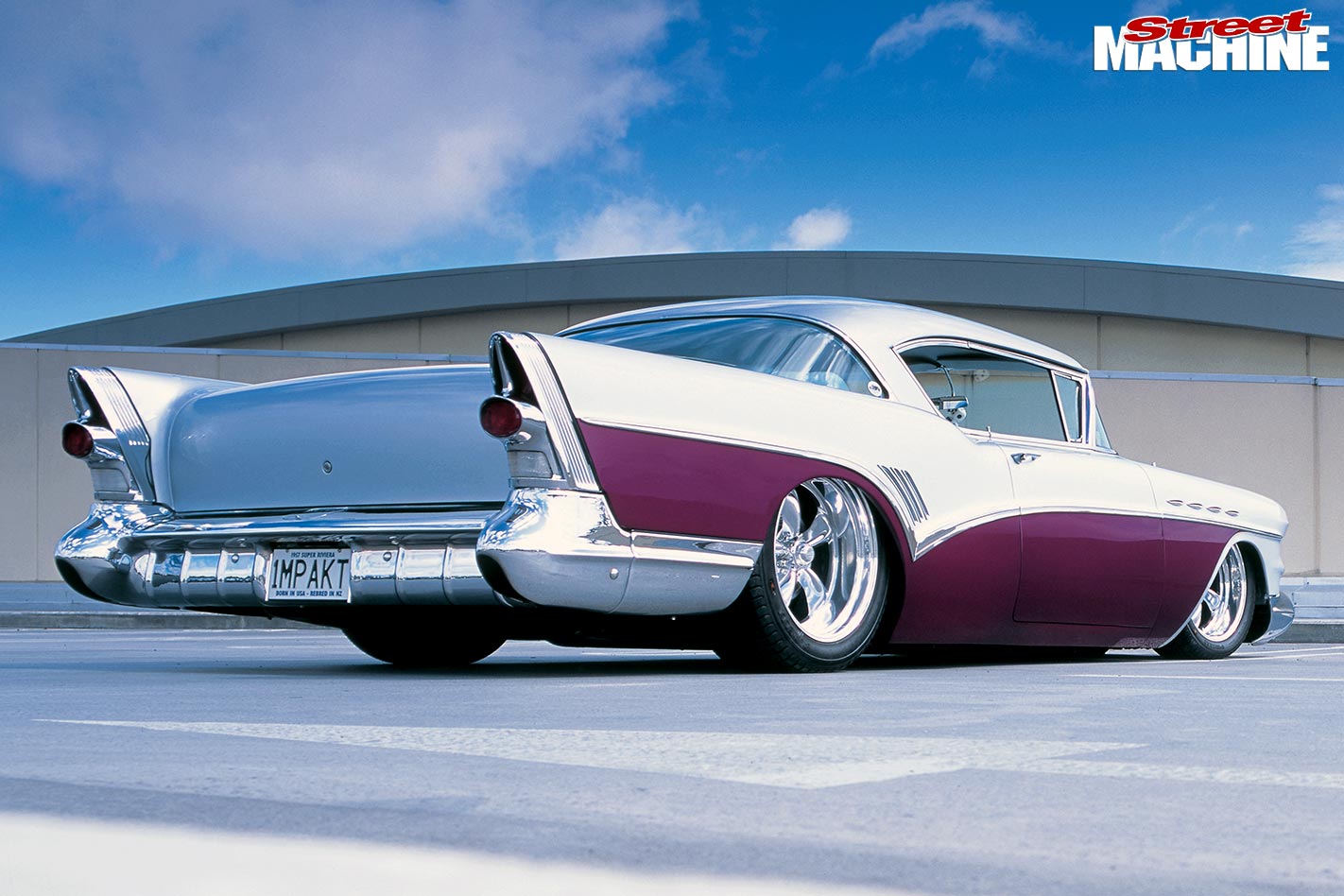 The Bakers got the car in OE condition, complete with ‘Nailhead’ V8 engine and a very straight body. Neil simply slammed the suspension, added Boyd billet wheels and started attending rod runs all over the North Island. Going to the 2000 Street Rod Nationals in Gisborne the rear trans seal let go, resulting in transmission trouble for the rest of the trip. Neil and Pam had a great time at the Nationals but the Buick consumed 25 litres of transmission fluid on the way home! 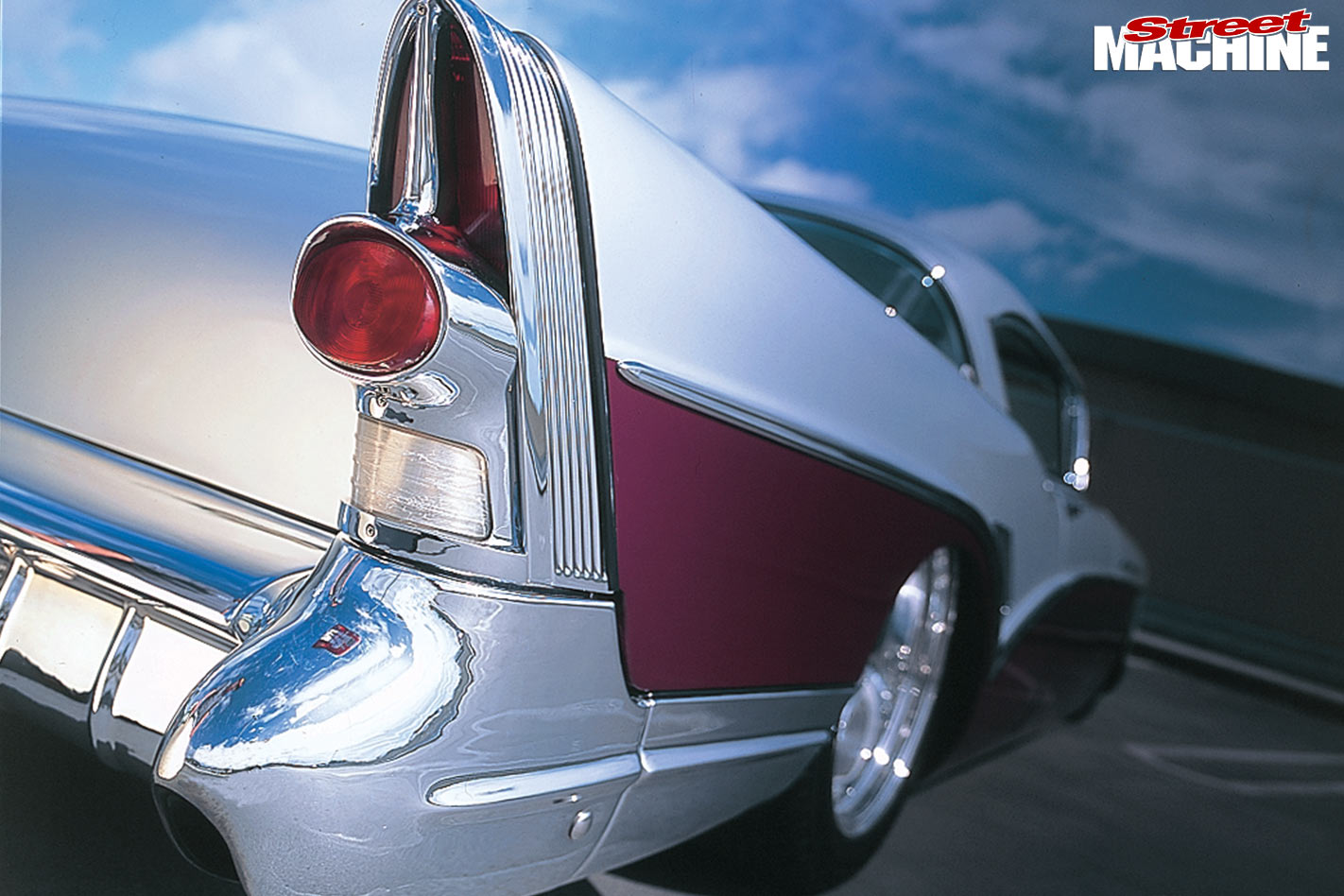 Back in Auckland, the transmission repairer gave them a bit of a run-around, so Neil bit the bullet and replaced the entire running gear.

While there is nothing cooler than a fully dressed Nailhead, Neil opted for the comfort and convenience of a full retro-tech makeover, starting with an LT1 350 Chev and four-speed auto dropped into place by the boys at Terry’s Chassis Shoppe and wired up by Neil himself. 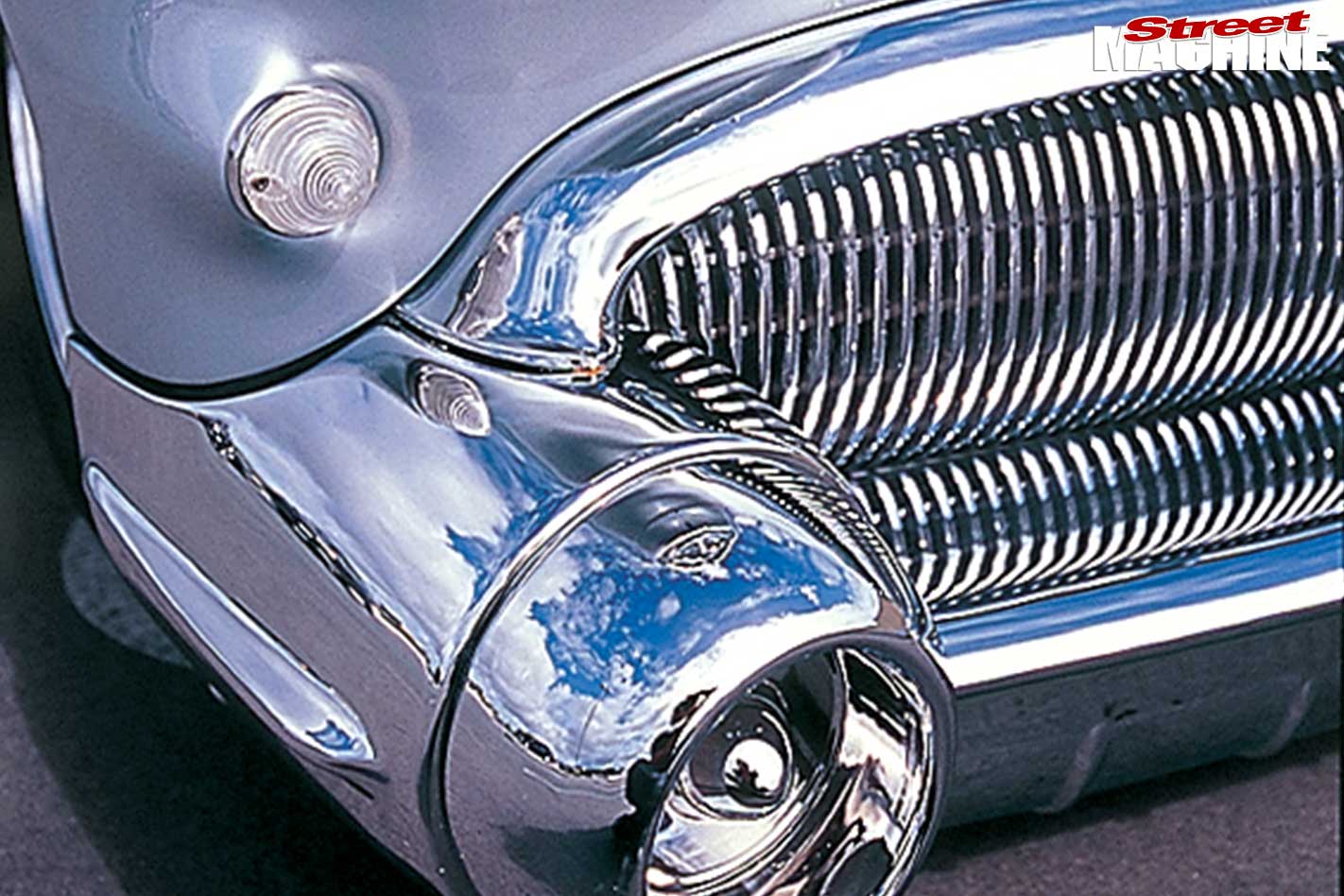 Out back, the ancient torque-tube rear end was ditched for a much more sensible Ford nine-inch – an extra-sensible move since Neil has a 100hp nitrous kit hooked up! Hauling up the beast are the big drums that came with the neat rear end, matched to Chev pick-up discs and Wilwood four-spot calipers at the pointy end. 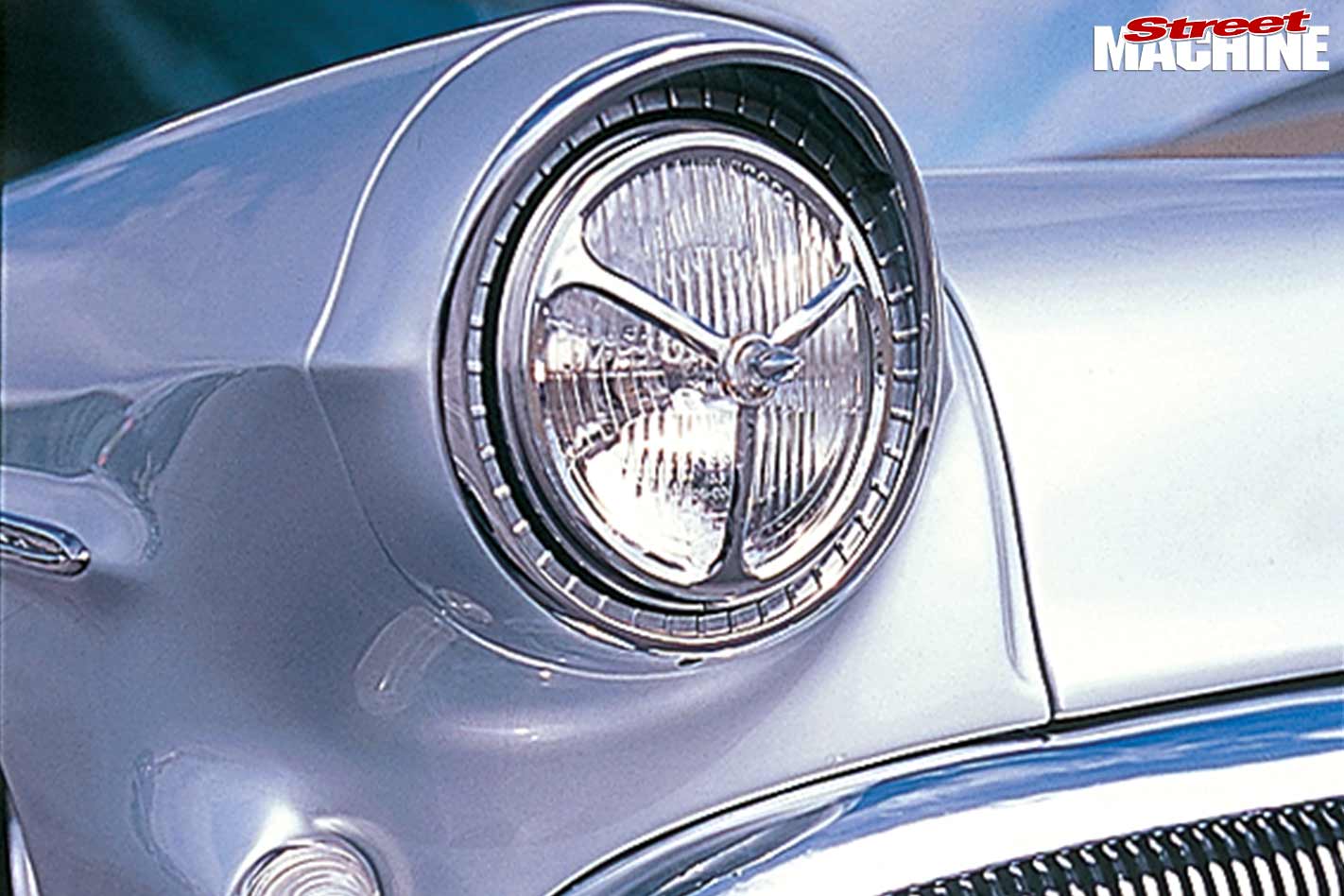 The biggest challenge for the boys at Terry’s Chassis Shoppe was getting the installation of air-ride suspension just right, ensuring it worked efficiently in both its raised and dropped positions. All the common issues of clearance and steering lock were magnified by the use of 20x8 and 20x10 American Racing Torque Thrust II wheels and led to the fabrication of a complete A-arm front end. The front utilises a Shockwave system (see www.ridetech.com) while the rear features bags with shocks as well as a notched frame, triangulated four bar and fabricated spring pockets. Known to be quite a tinkerer, it was Neil who came up with the system that runs four-way solenoid valves, a brace of air tanks and a heavy-duty air pump running at 160psi. 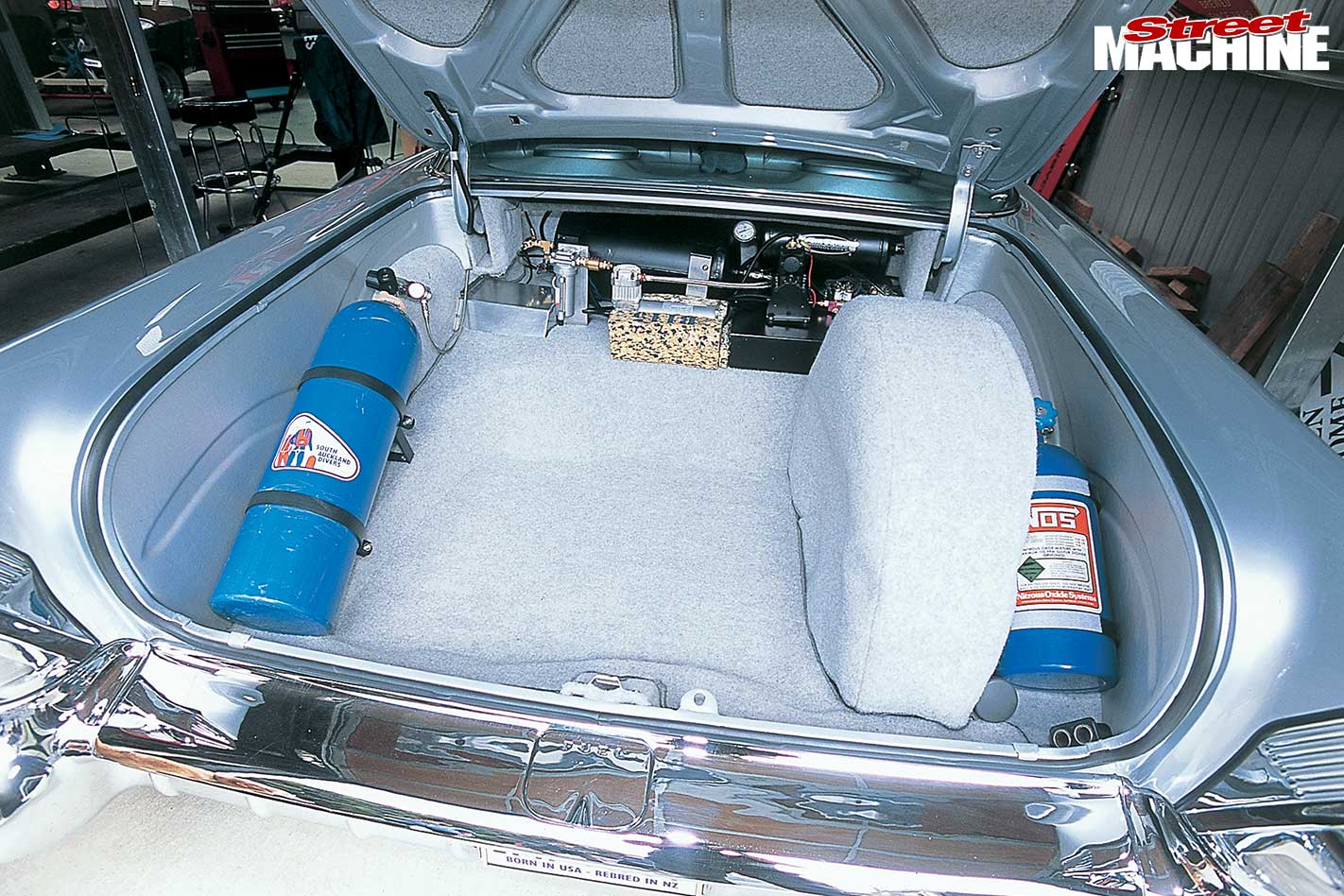 The body was treated to the same painstaking care as the engineering, with the Buick stripped to bare metal by father-and-son team John and Sam Lisle at Cascade Autofinish, Auckland. John and Sam put a huge effort into the re-aligning and in some cases re-shaping of body panels, resulting in one of New Zealand’s best American vehicles. Other mild custom touches include badge and ornament removal, resulting in just the right mix of original trim and chrome. 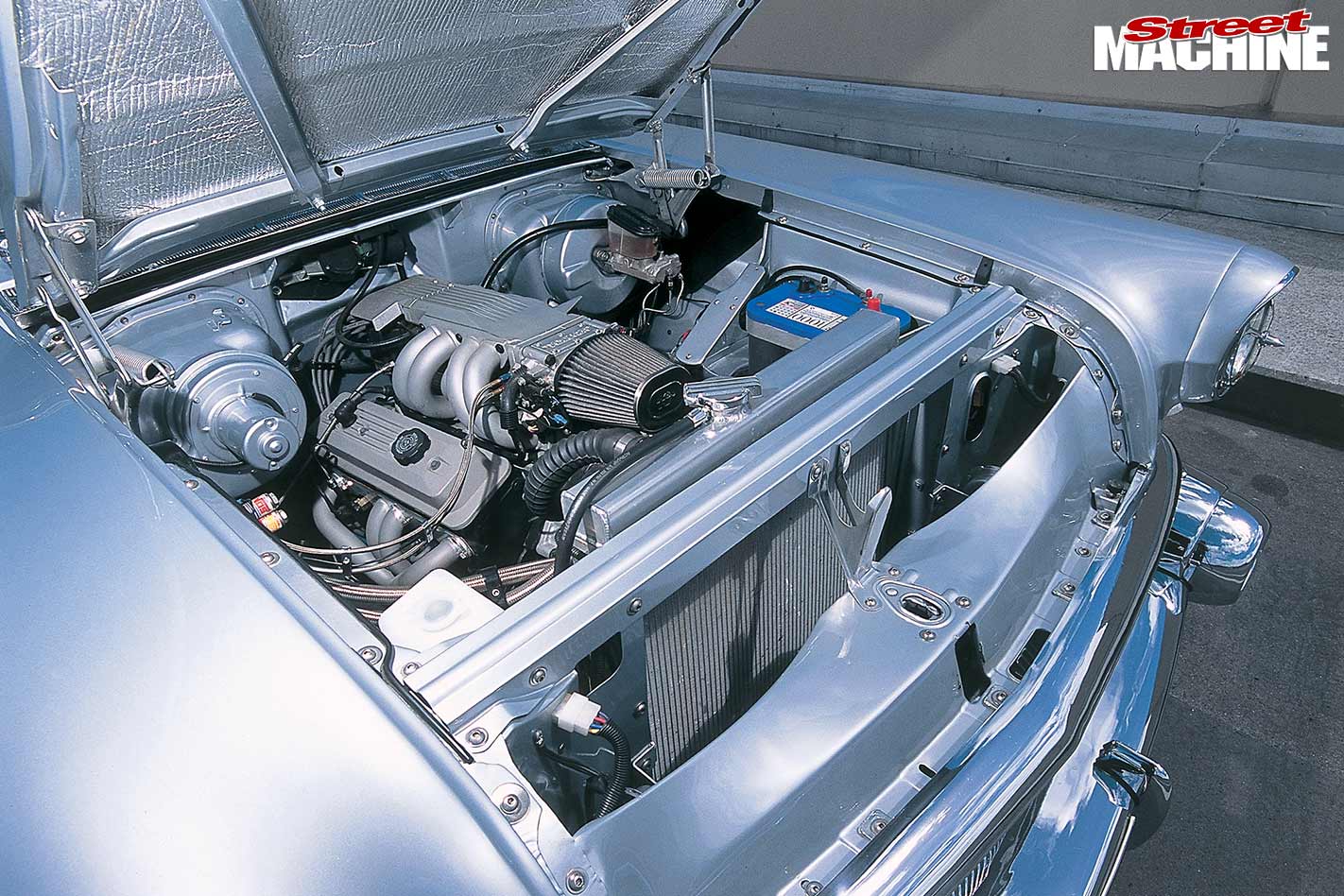 “I wanted something a little different but not over the top,” said Neil, who’s more than happy with the breathtaking result. With BMW silver ‘cloth-like’ carpet, the interior has an exotic European flavour – a result that’s hard to explain and easy to stuff up but when it’s right, you have it nailed! 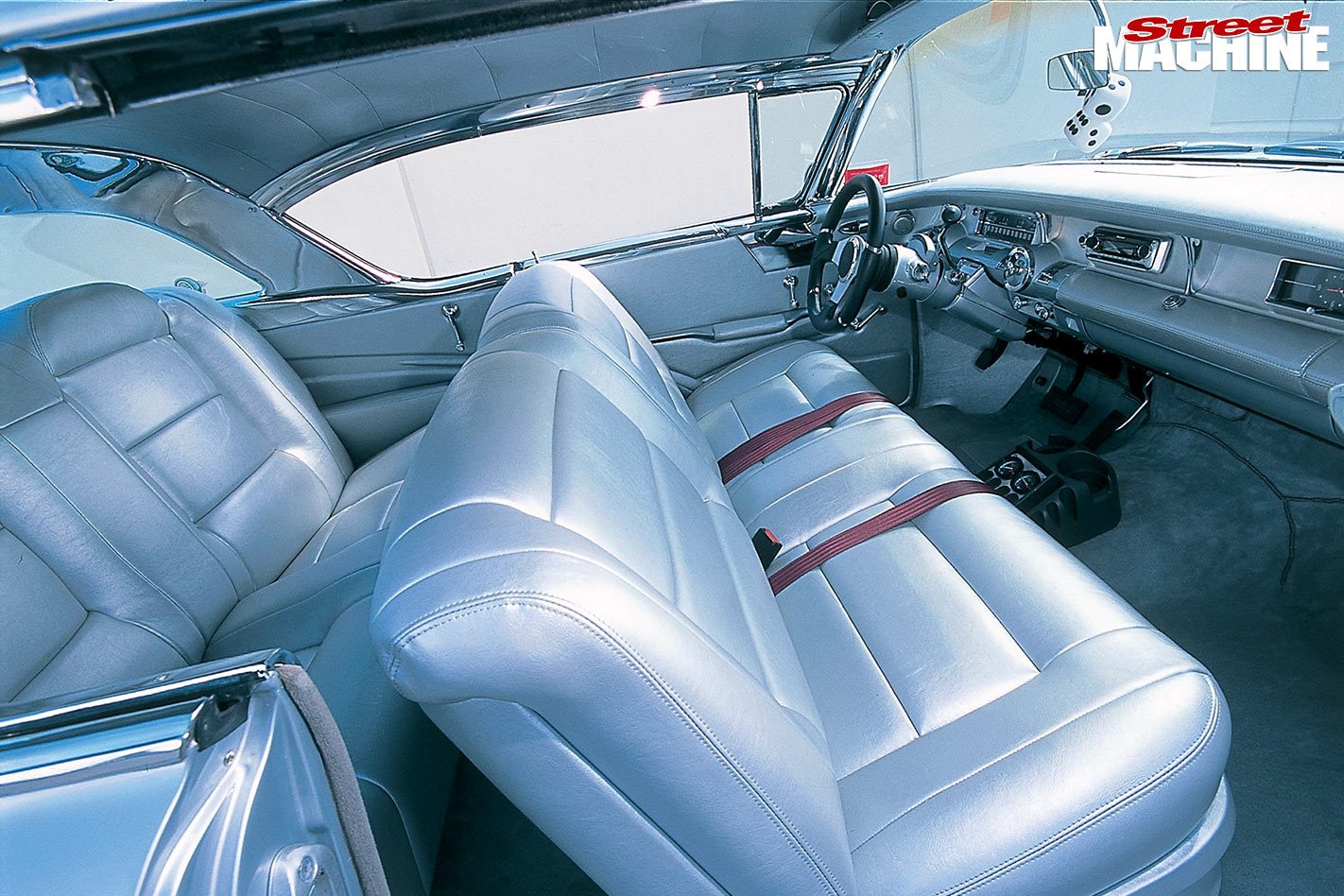 The result is a car that lives up to the promise of its 1MPAKT number plates. There’s a lot more to it than just fitting huge wheels and air bags to an old car. The secret is having a well-thought-out plan and choosing the right dudes to make it happen. 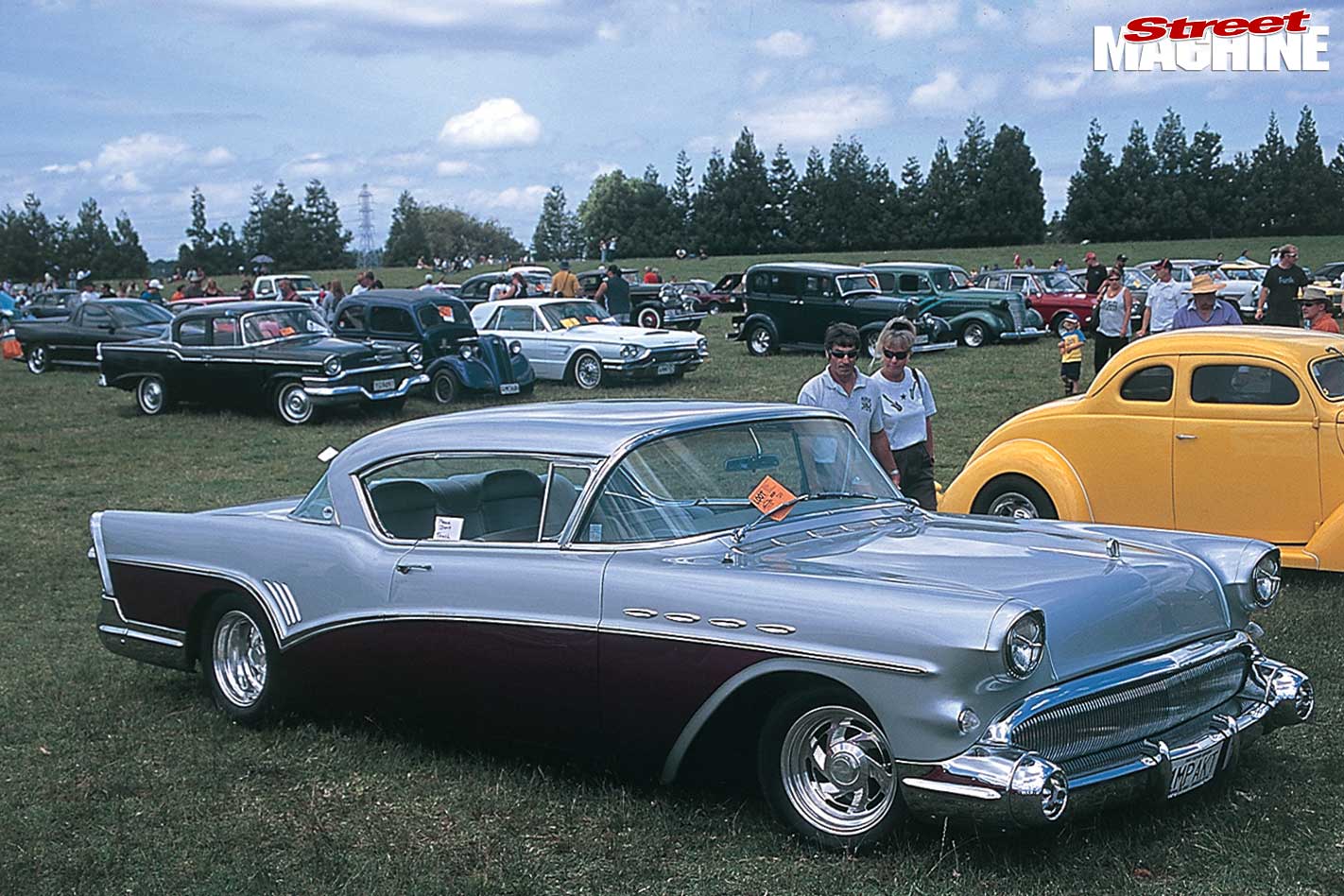 While it’s unlikely Australia and NZ will ever be over-run by a plague of ’57 Buicks, they are starting to pick up in popularity. Glenn Draffin caused a sensation at the 2003 Street Rod Nationals when he showed up with a pair of ’em – a four-door pillarless Century and a two-door hardtop. Like the Bakers, Glenn went for 20in rims and air bags, making a big impact.

Ken Rosenweig from Adelaide has a bagged ’57 as well, but went for a more retro feel, complete with way-cool tuck and roll interior and whitewalls. 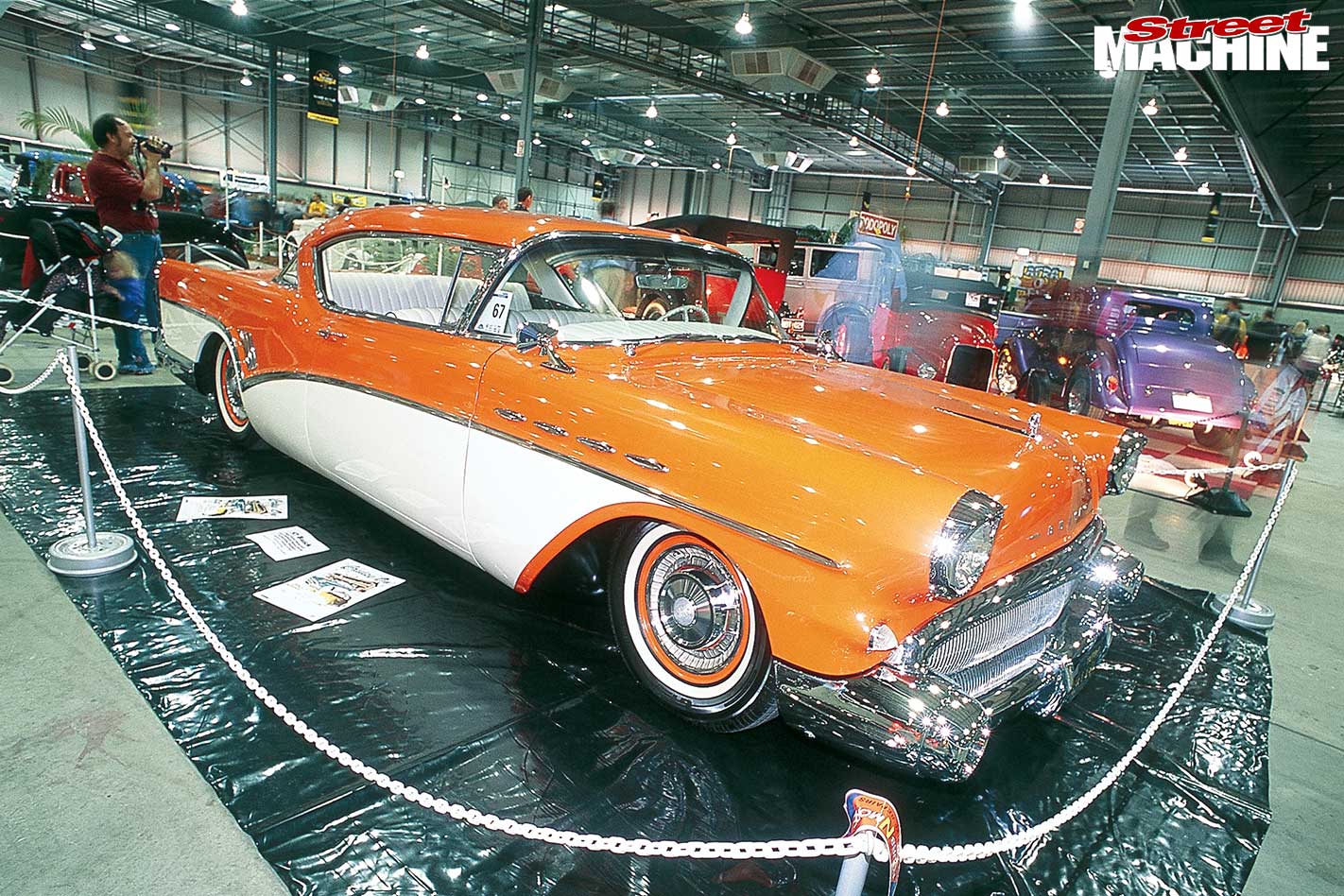 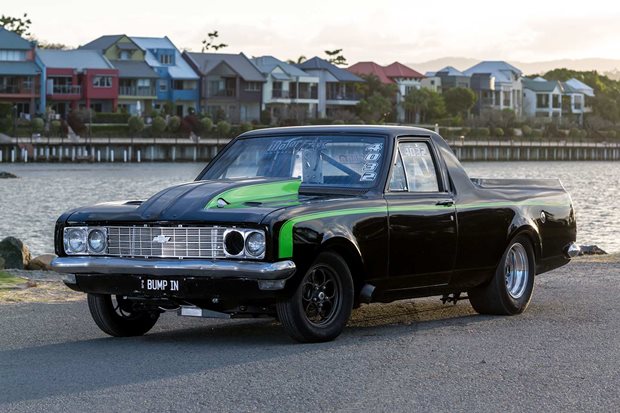 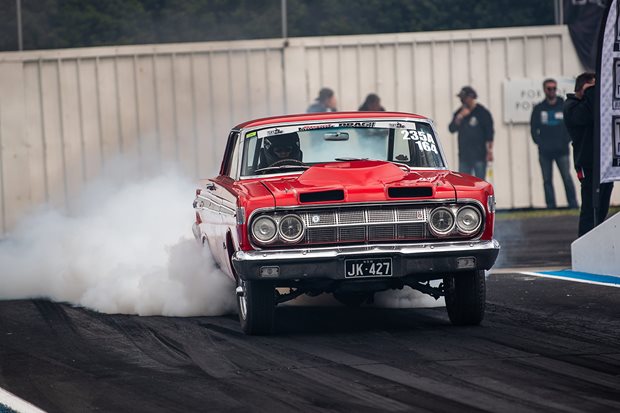 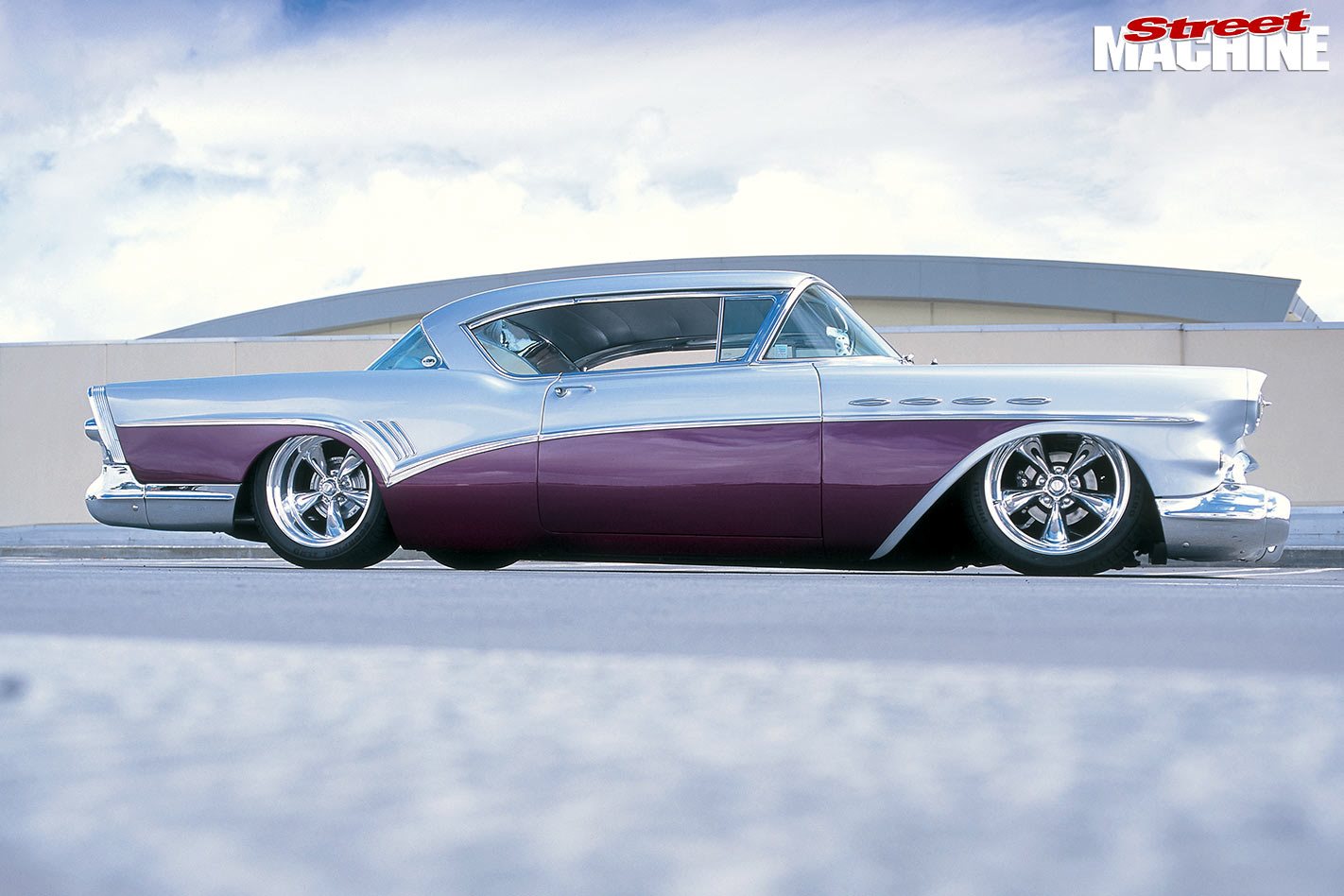 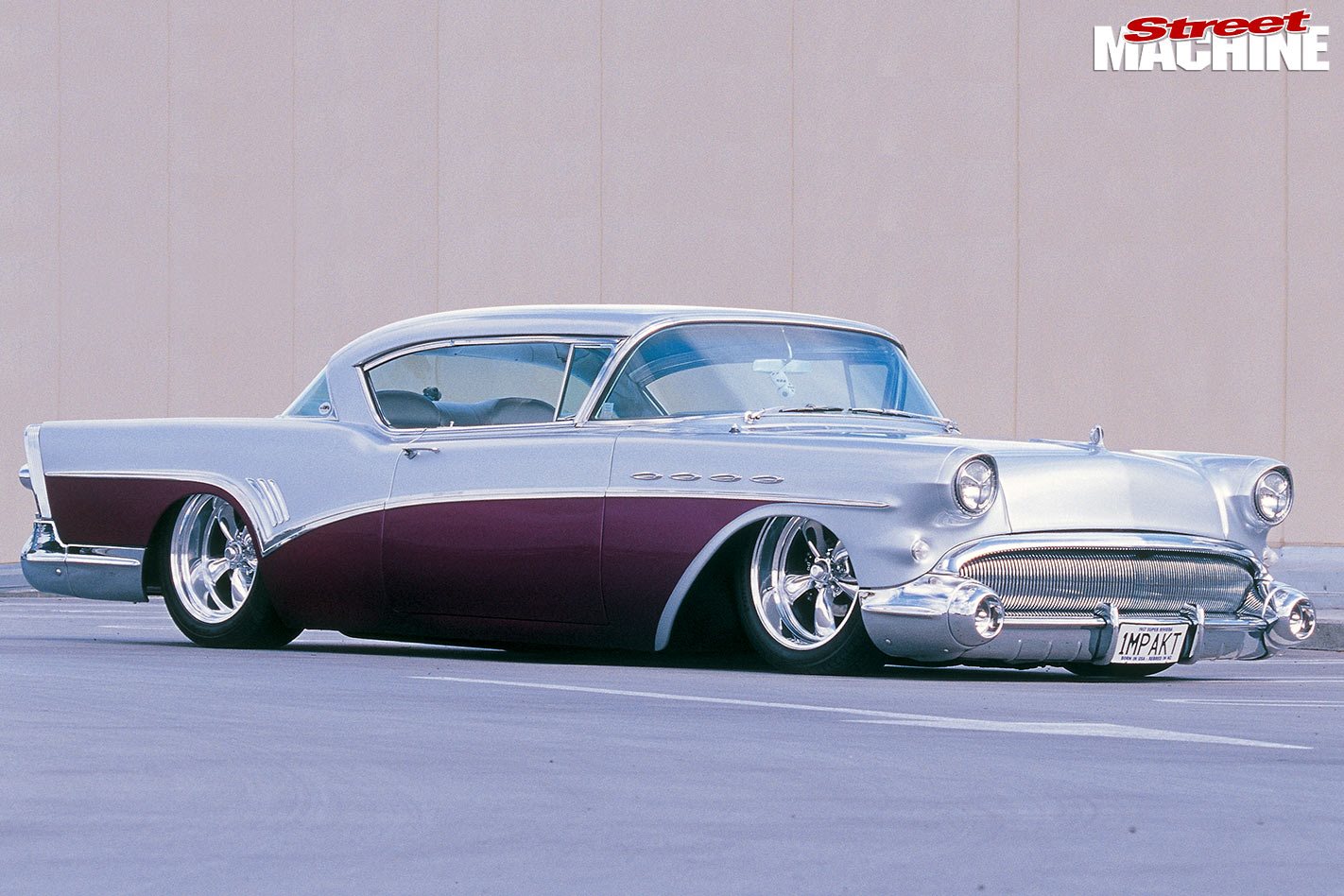 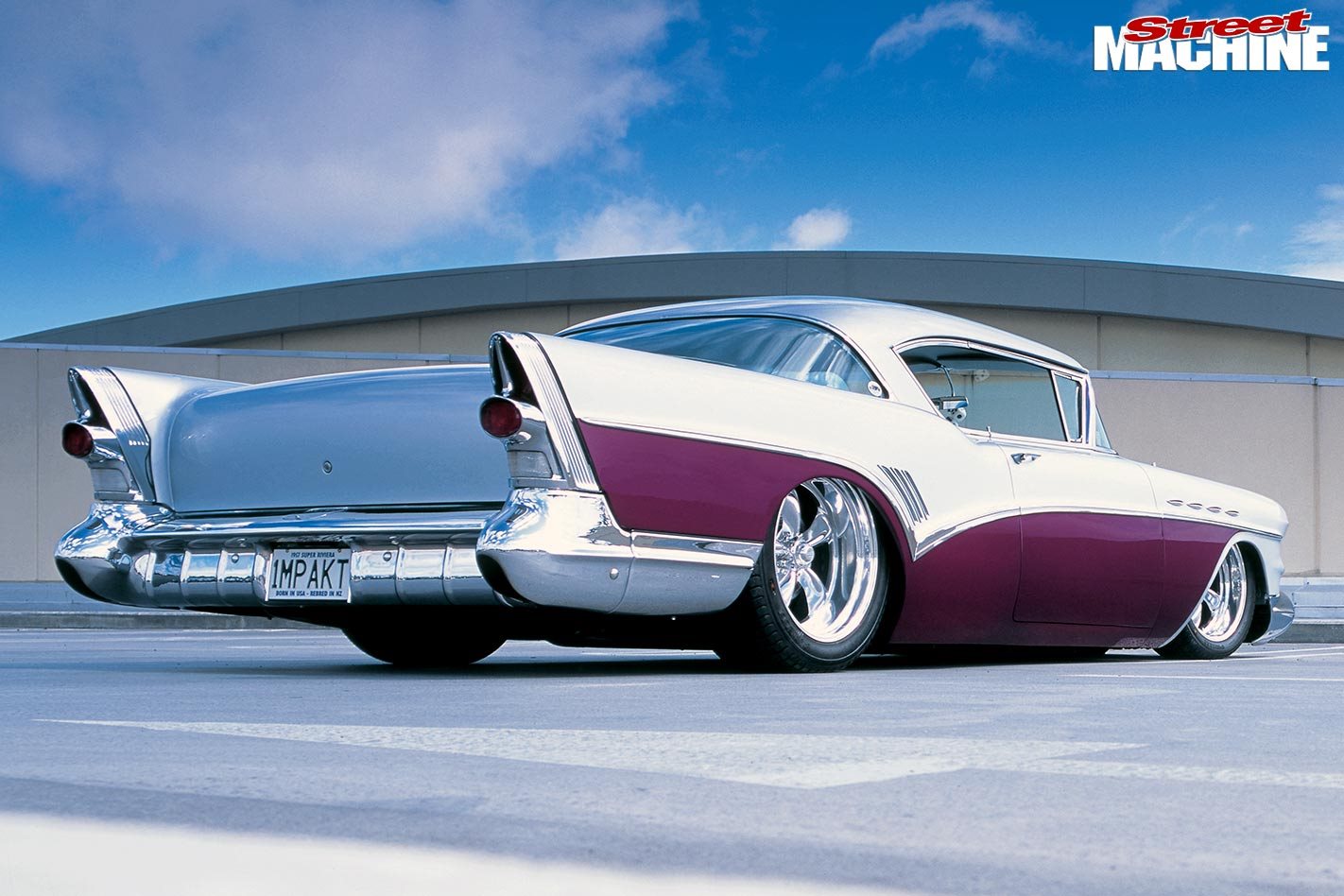 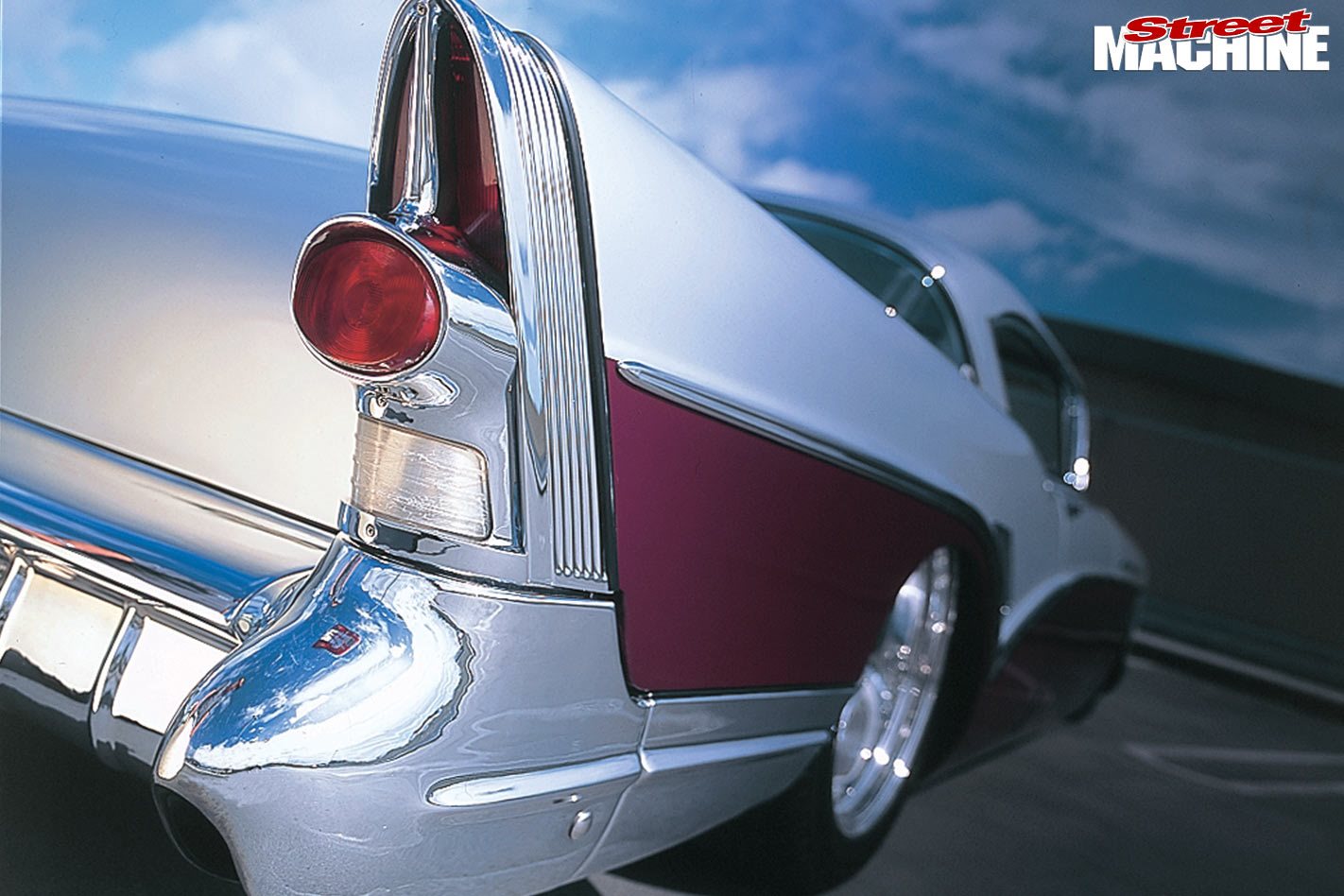 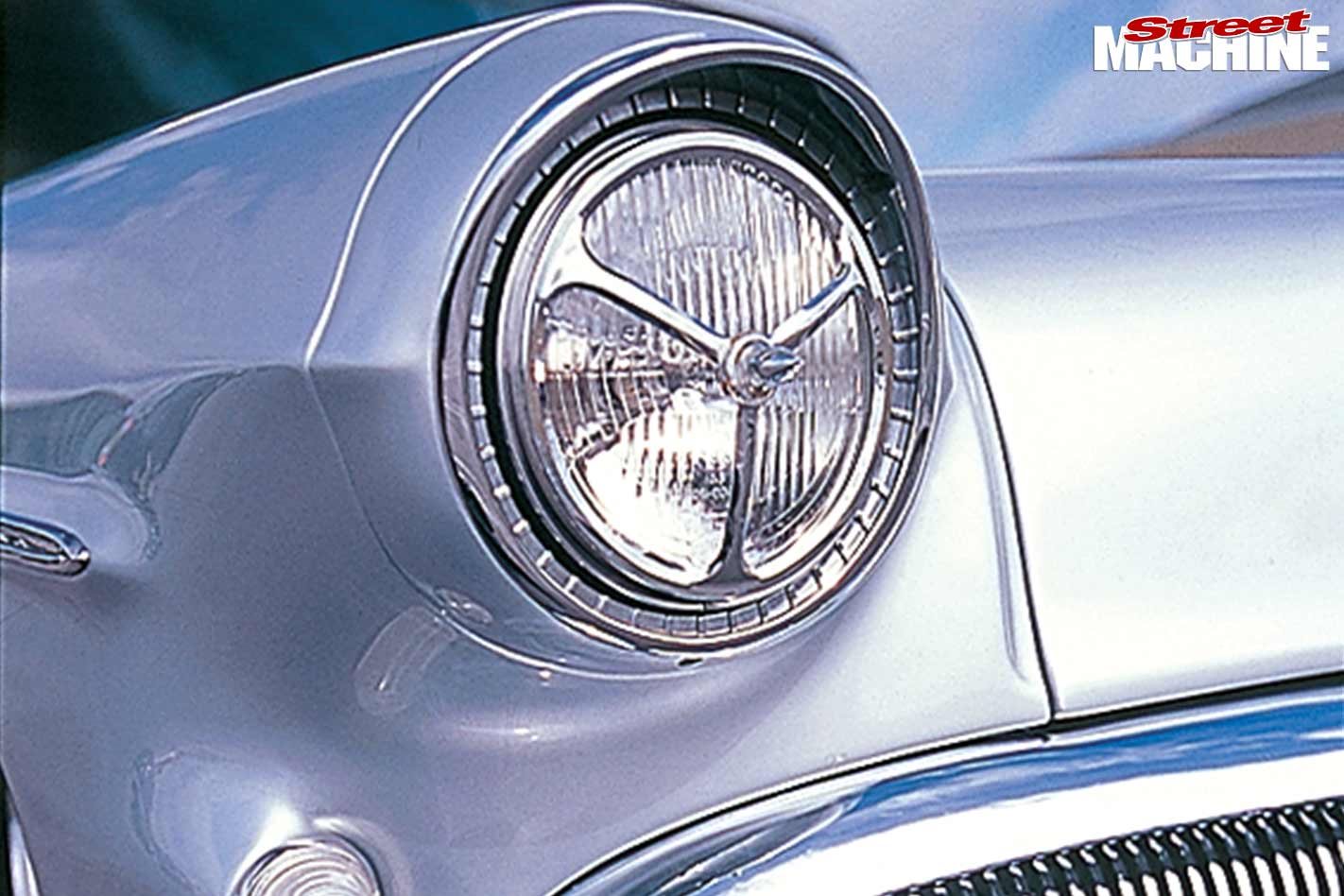 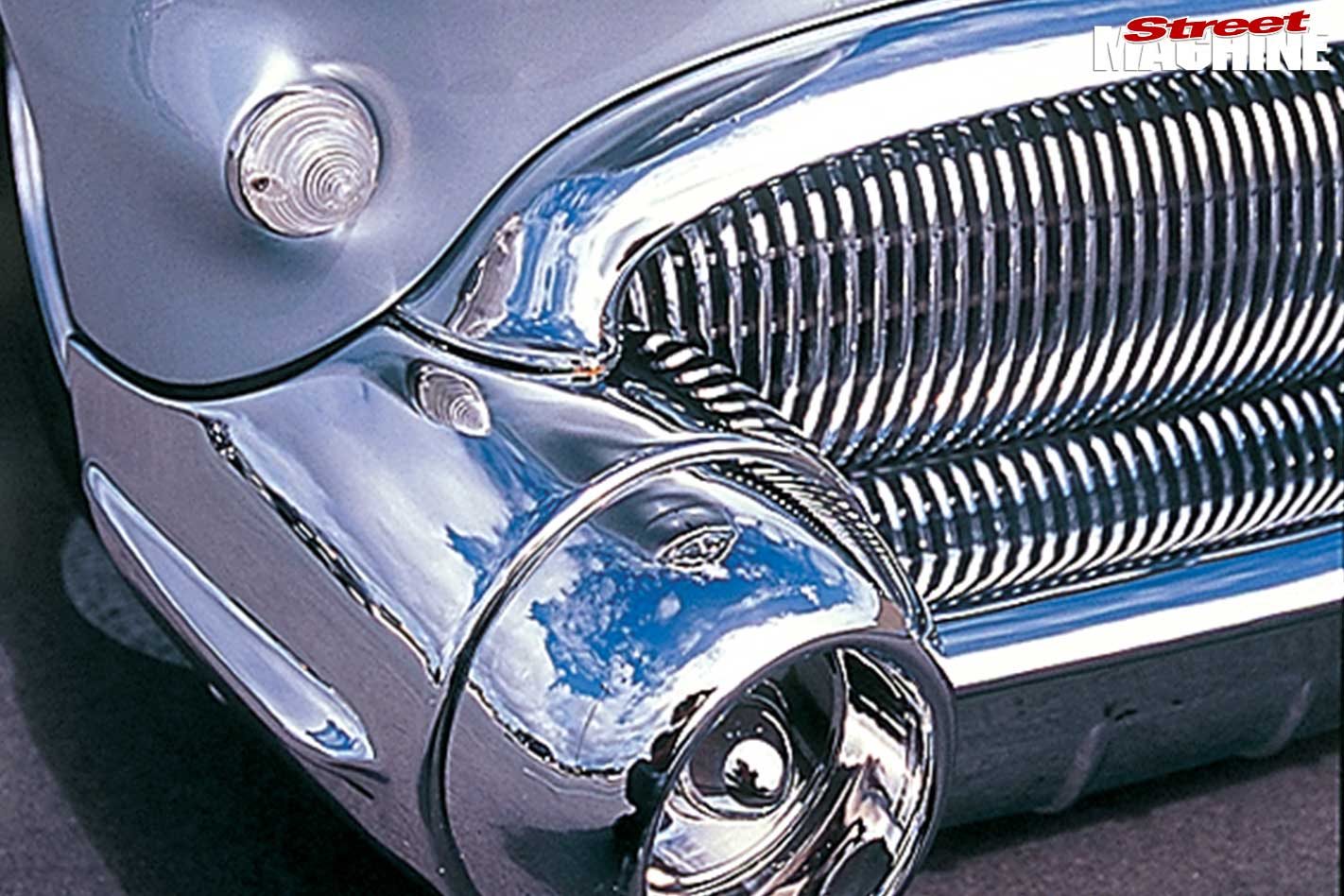 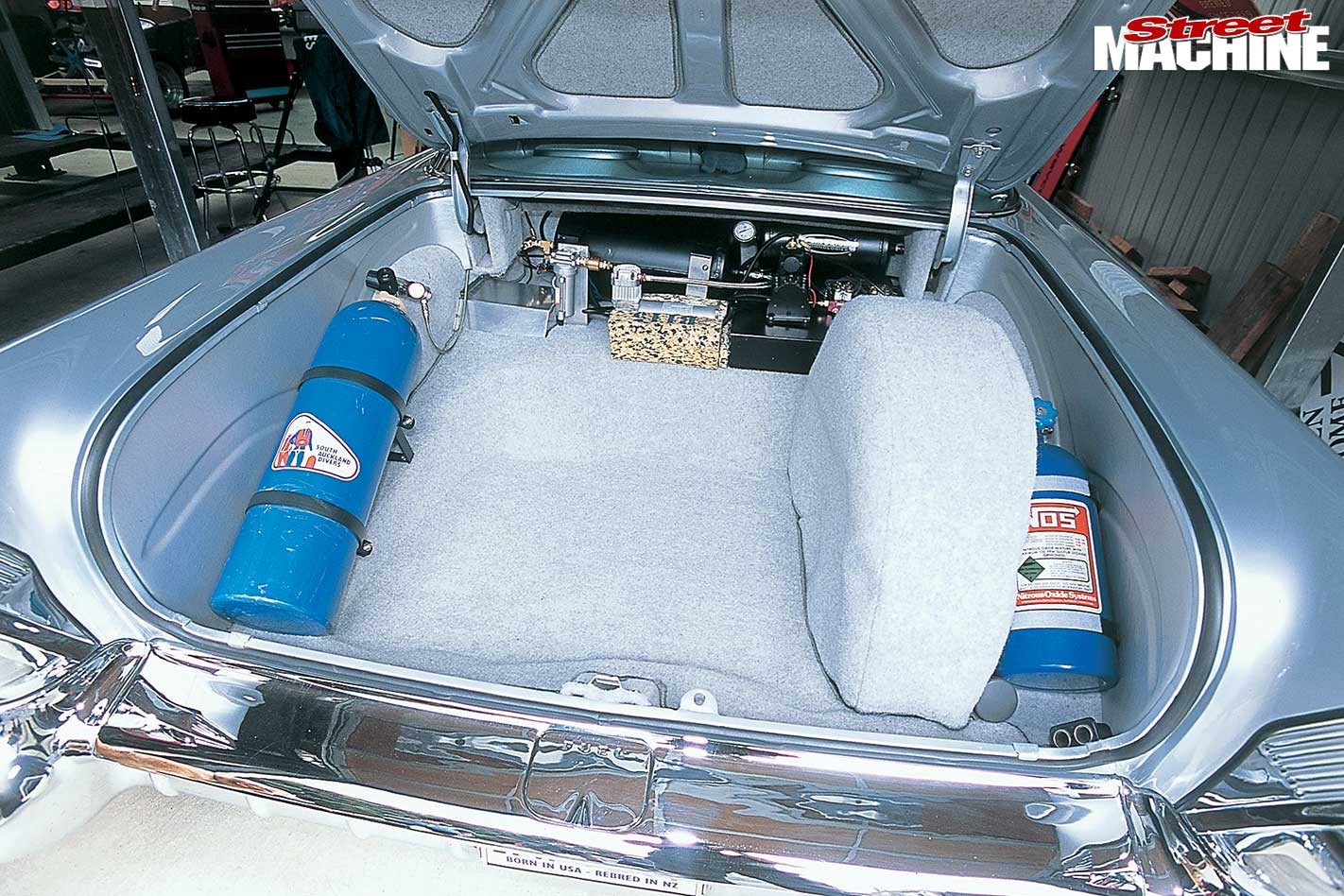 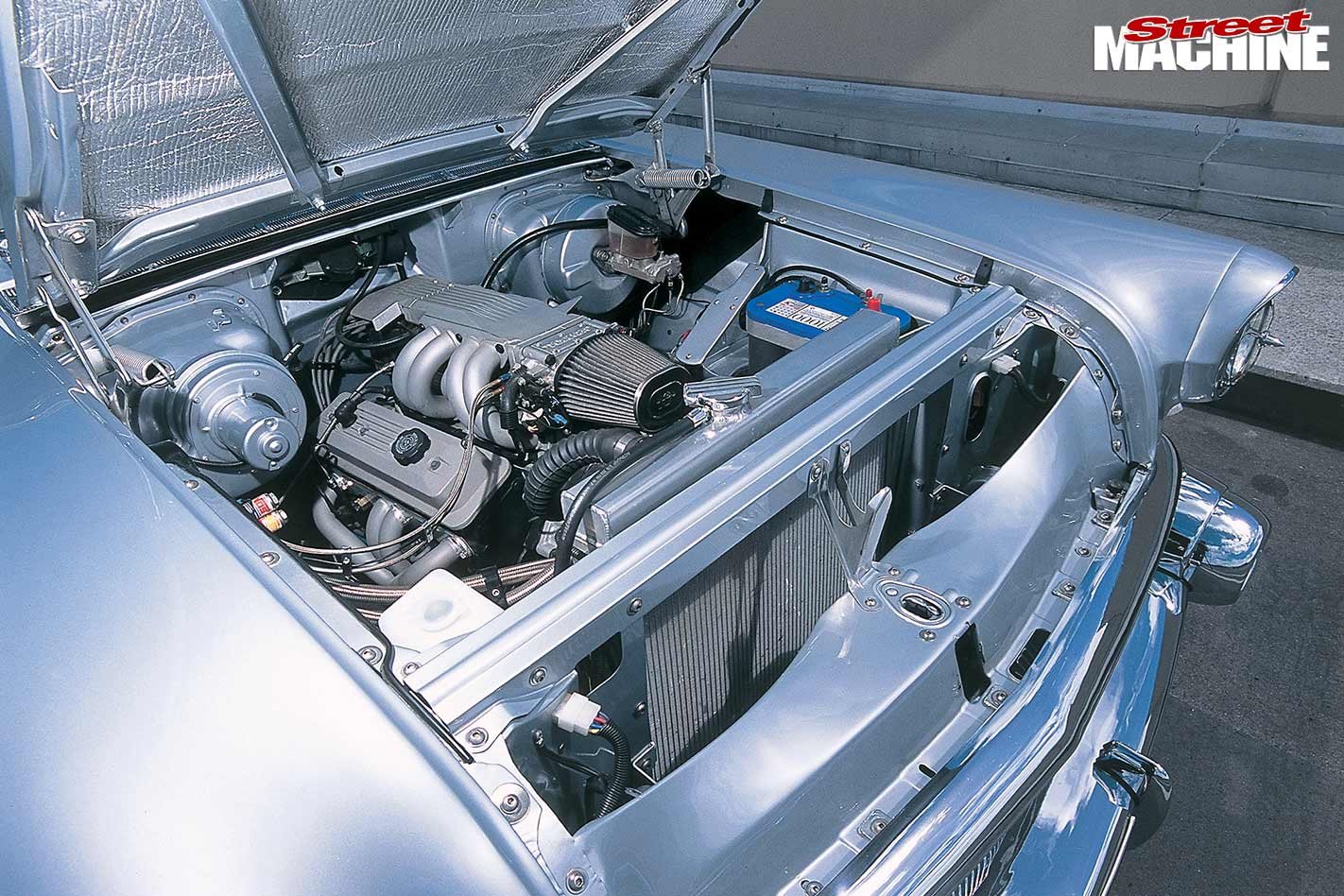 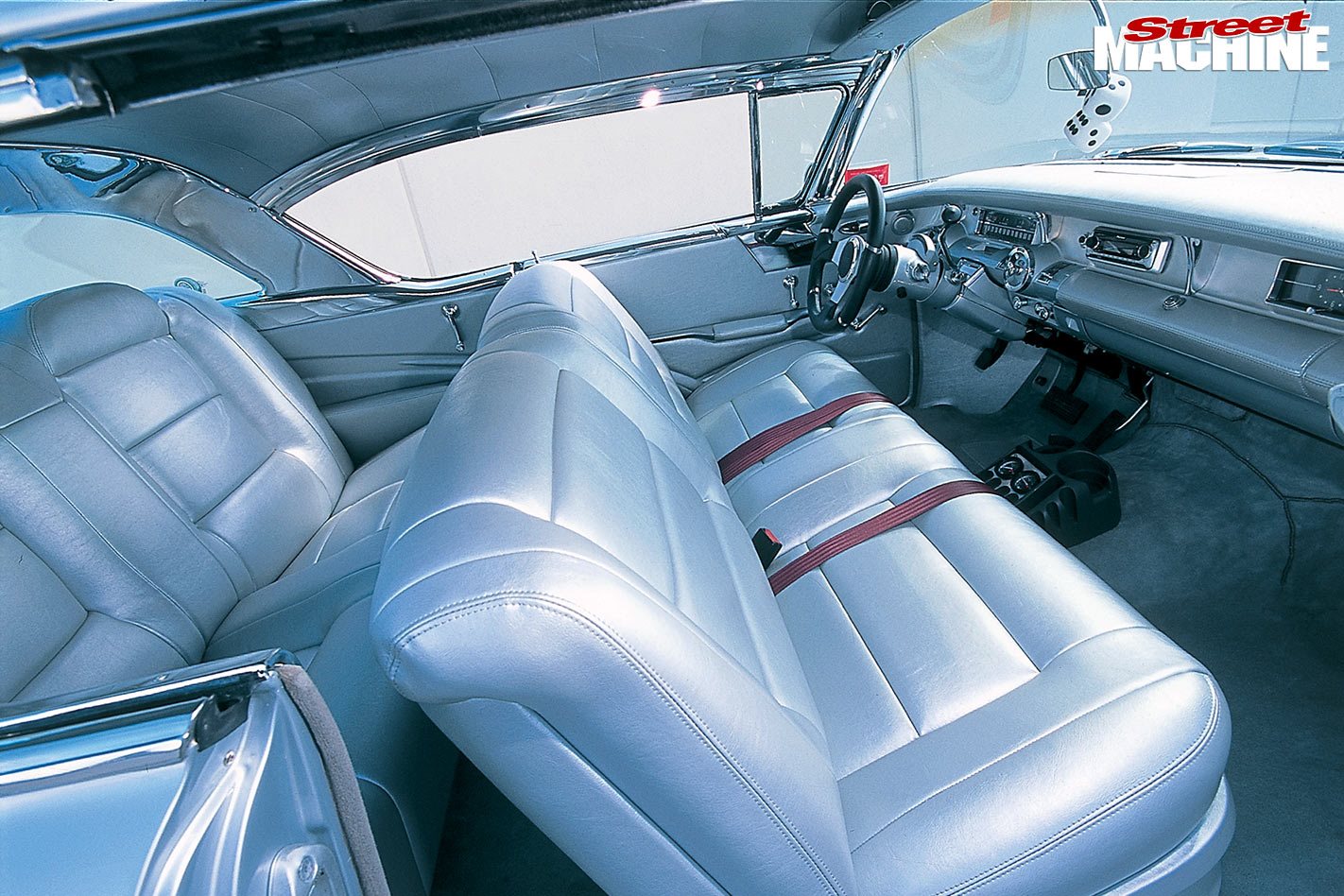 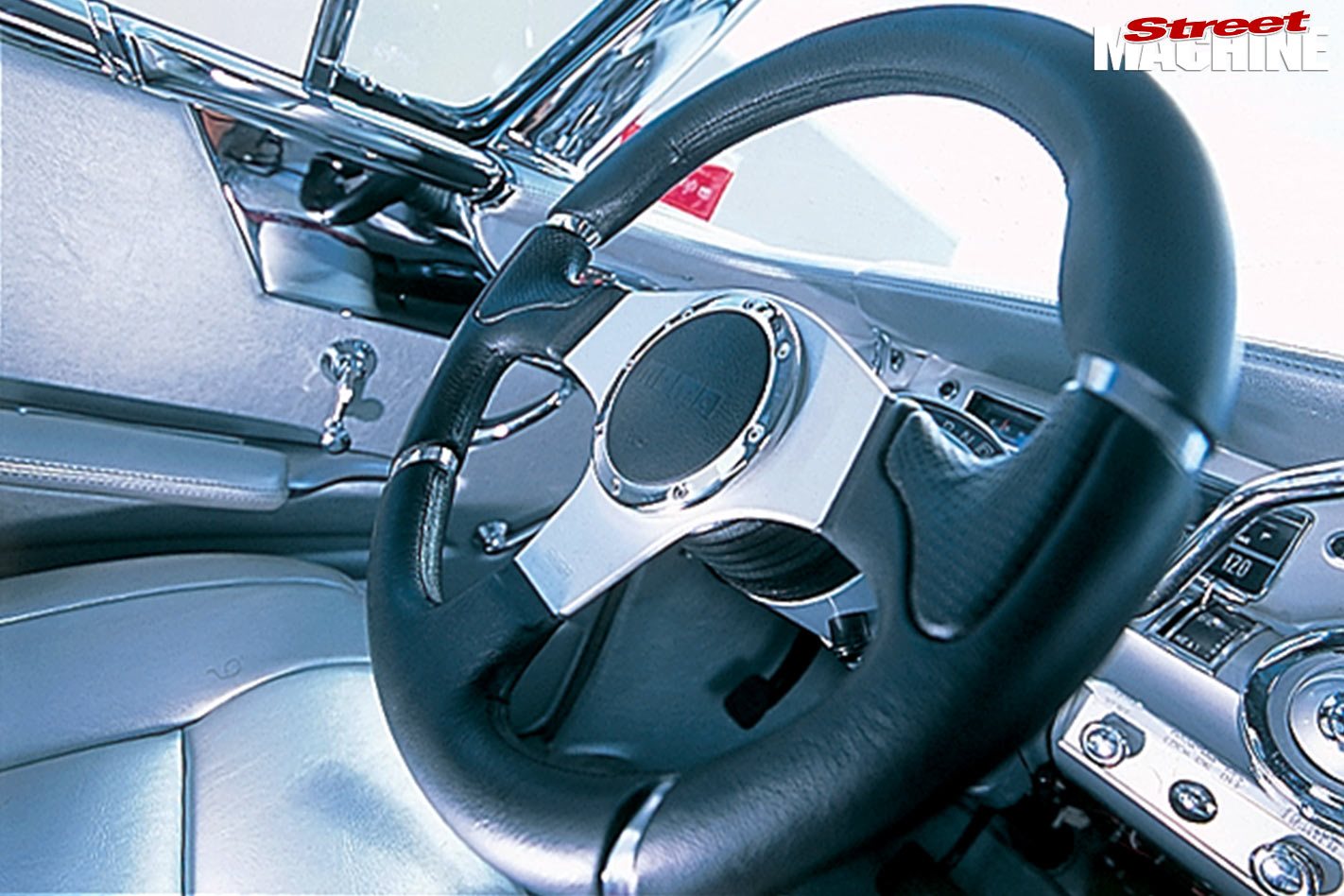 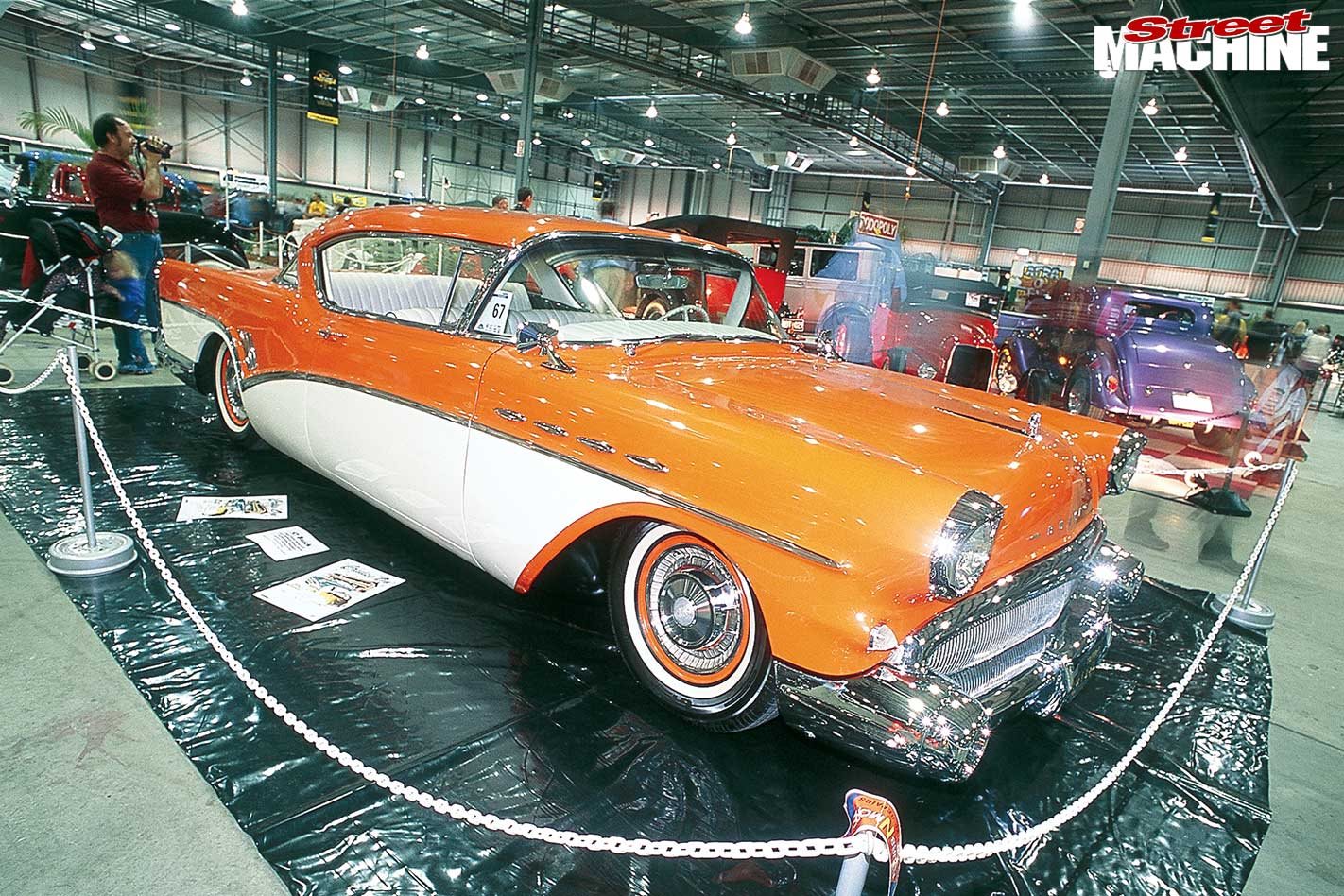 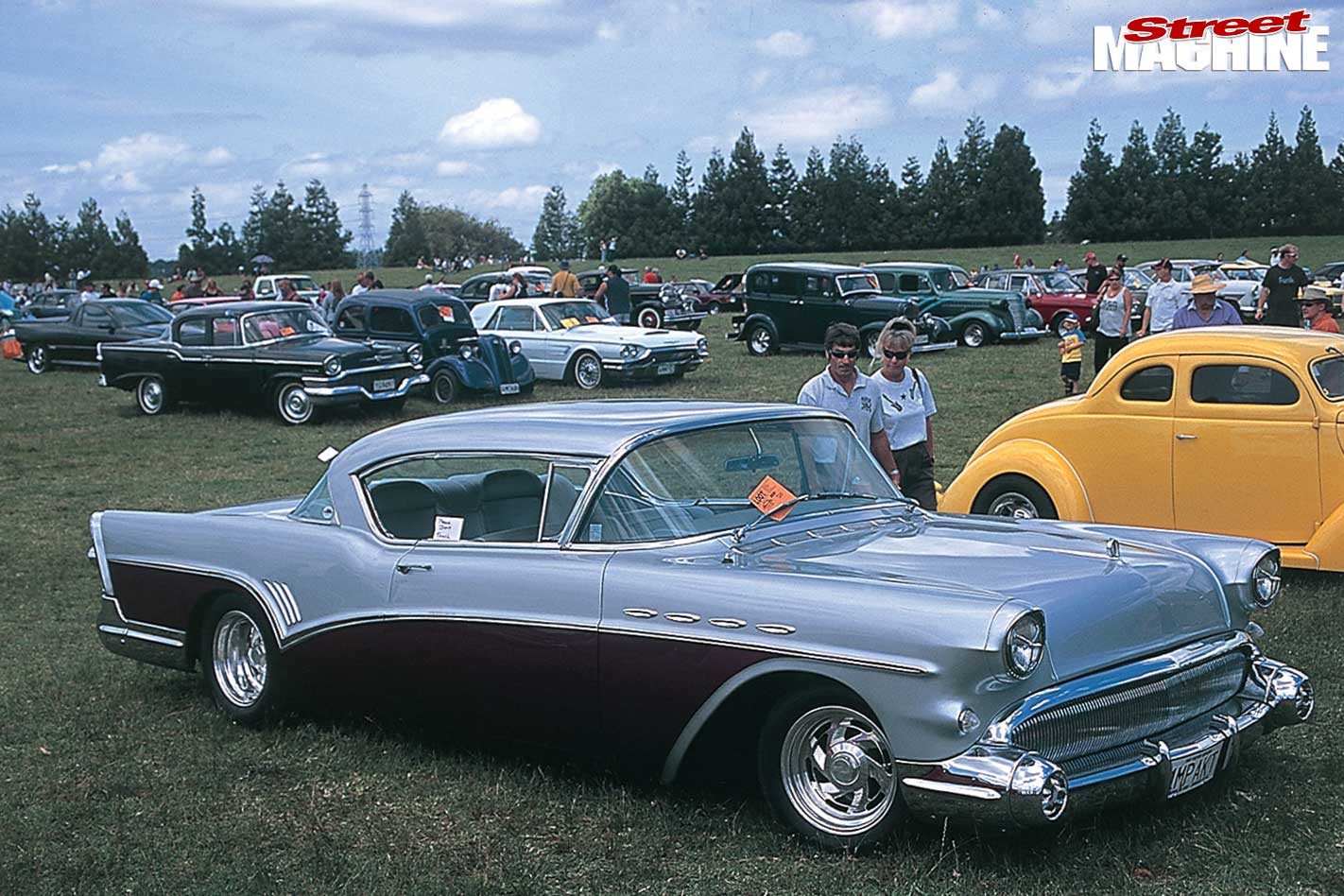