Built to be driven and enjoyed, Alison and Gareth Lougher's 1975 Holden LH Torana 6APEAL is a Summernats Top 20 show car, cruiser, and also runs 14s at the drag strip

HOW refreshing it is to see a six-cylinder LH Torana that can go toe-to-toe with the finest purpose-built show cars in the country? Not only does this car prove that you don’t need a bent eight to compete, it also demonstrates that if you nail the fundamentals, you don’t need a raft of insane modifications either. 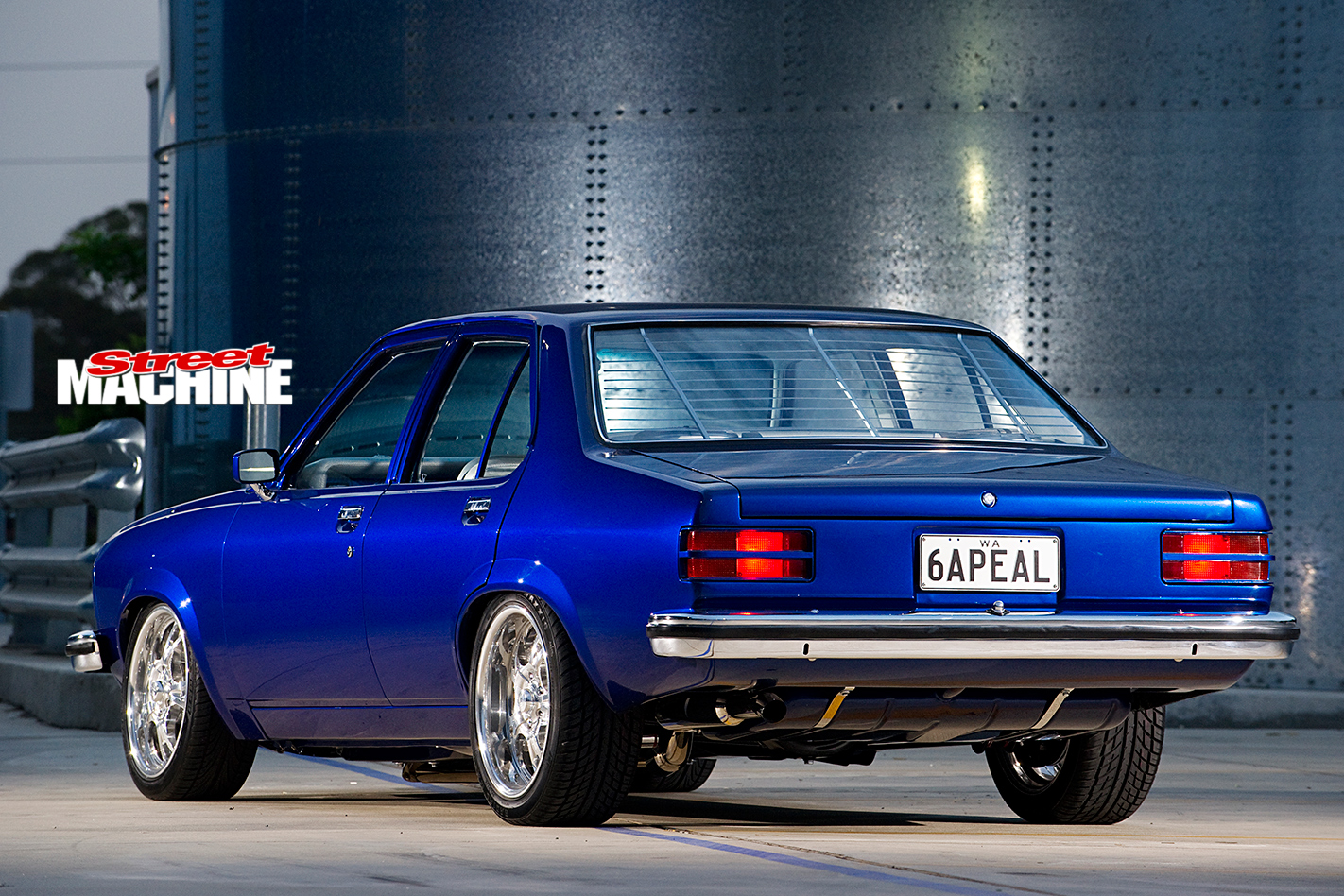 The body is essentially stock but with perfect panel gaps, all the factory seams and spot welds smoothed over, indexed stainless steel hex-head bolts throughout, and lovingly applied and meticulously cut and polished Galaxy Blue acrylic duco. It’s drool-worthy despite the absence of a roof chop, flat firewall, shaved door handles or fibreglass bodykit.

Above all else the car is supremely detailed, and in that regard the fitment of the six-pot presented some challenges. “We have kept a lot of the factory engine bay components and detailed them rather than hidden them,” Gareth said. “With the six in it I think that the engine bay would look empty if we had started hiding things.” 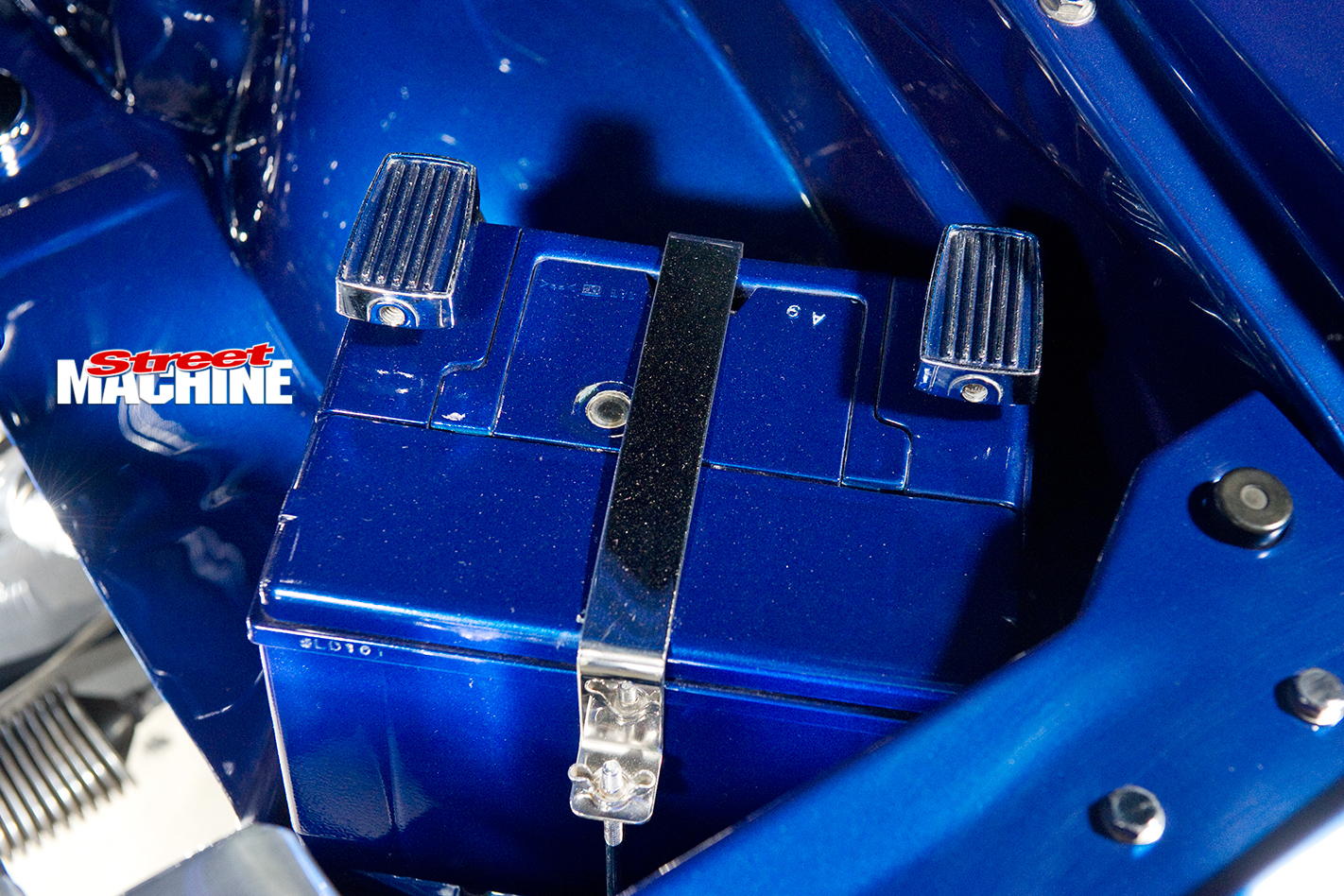 Items which are often tucked away, such as the brake booster and master cylinder, wiper motor and heater box, remain in plain view. Likewise, the battery sits in the factory position but it’s colour-coded, with the wiring cleverly hidden, and fabricated finned aluminium terminal covers and a polished bracket, making it a real feature. 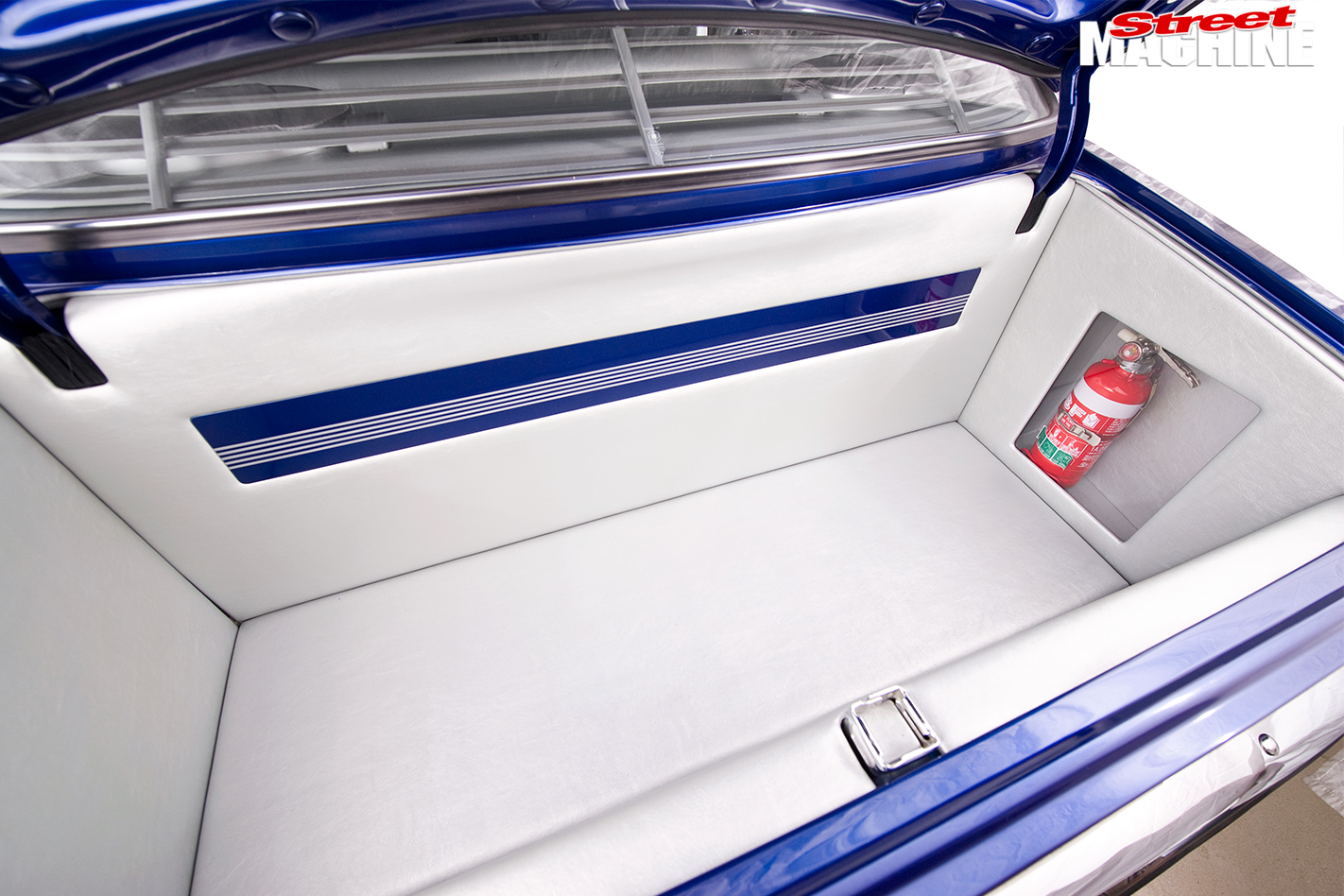 The blue 202 block has been de-burred, smoothed and painted in body colour, and fitted with a balanced crank, shotpeened conrods, ACL Race Series pistons, a Crow hydraulic cam and stage III Yella Terra 12-port head. It’s good for 230hp at the flywheel thanks to a custom fuel injection system comprised of a modified Weber manifold, a trio of Injection Perfection twin throttlebodies and a custom fuel rail. It — like the rest of the engine — is detailed to absolute perfection. 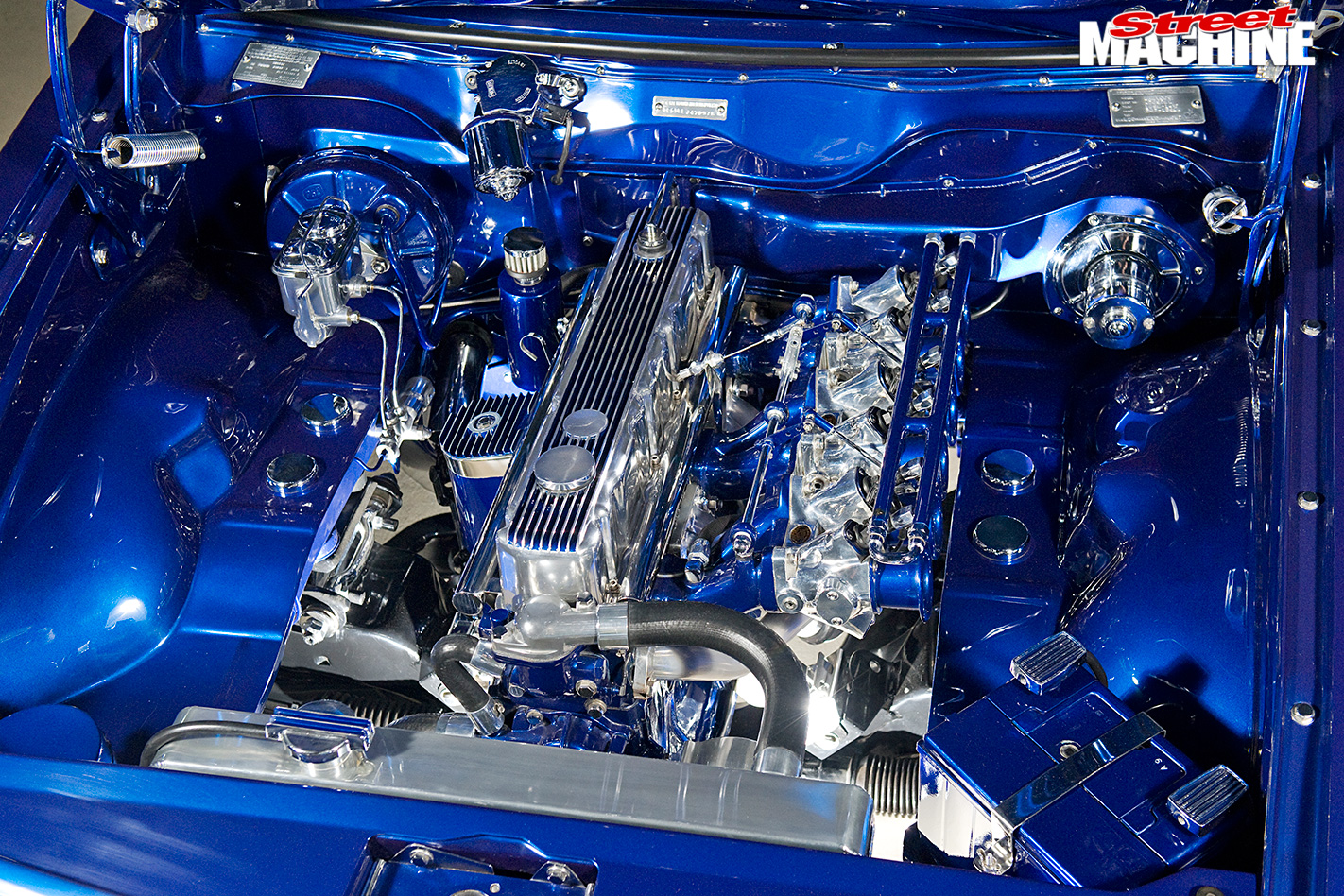 “Probably the hardest part of detailing most straight six cylinder engines is making the dizzy and leads look neat, so we fabricated a cover to conceal them and made it look like part of the motor,” Gareth said.

The dizzy cover features a striped pattern that is common not only to the rocker cover, side covers, battery terminal covers and radiator cap, but also to other elements throughout the car’s interior, such as the dashboard, custom billet shifter surround, door trims and Billet Specialties steering wheel. 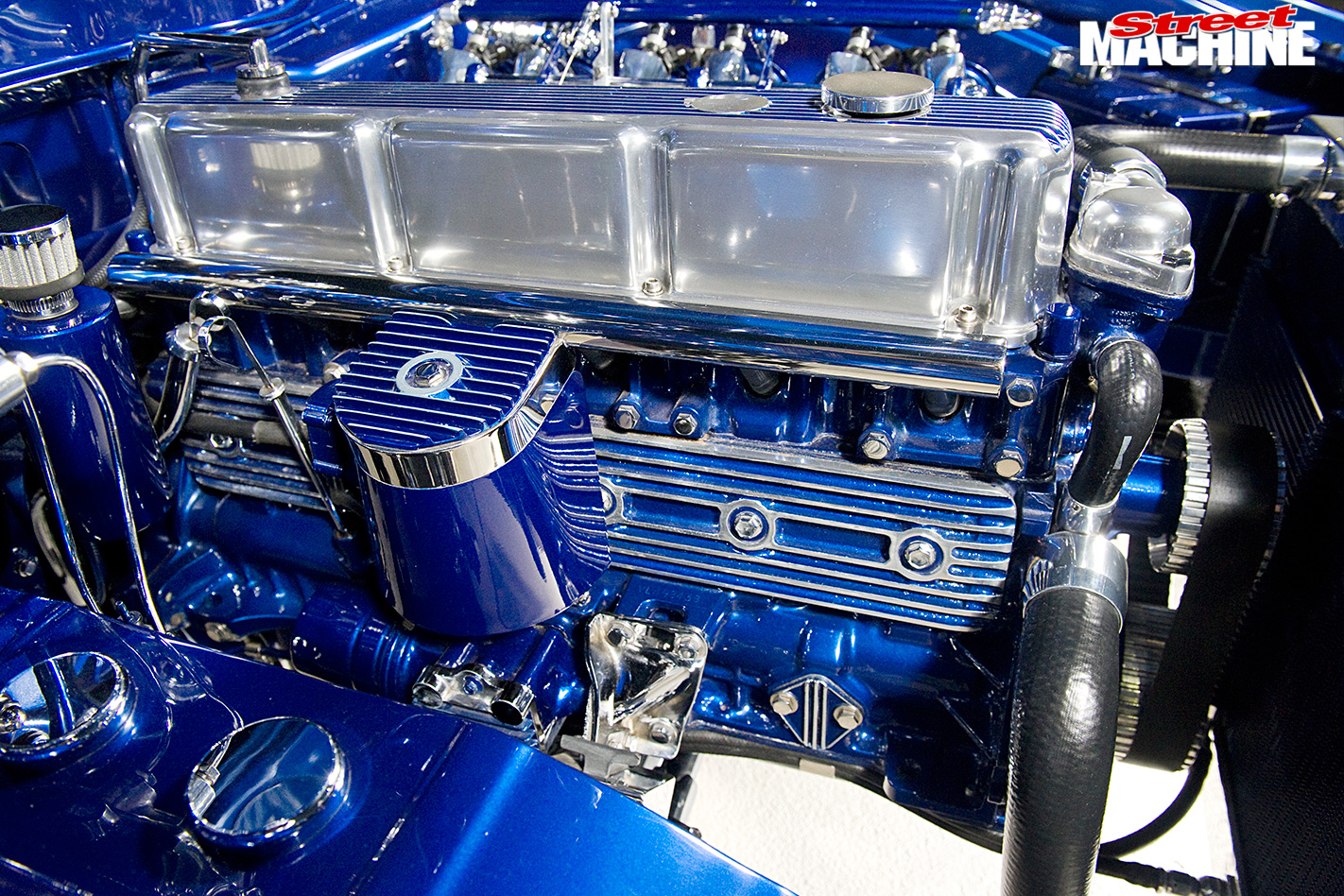 A fabricated flat floor sets the stage for a practical yet beautifully presented cabin. Torana buckets were rebolstered, stripped of their headrests and re-covered in silver vinyl. The original dash was smoothed and the fixings concealed, while a standard SL/R gauge cluster was added, with the factory gauges painted white. The hood lining was lowered by 25mm to effectively french the interior light, and the hood bows were repositioned in order to equally space the stitching lines – subtle, yet effective. 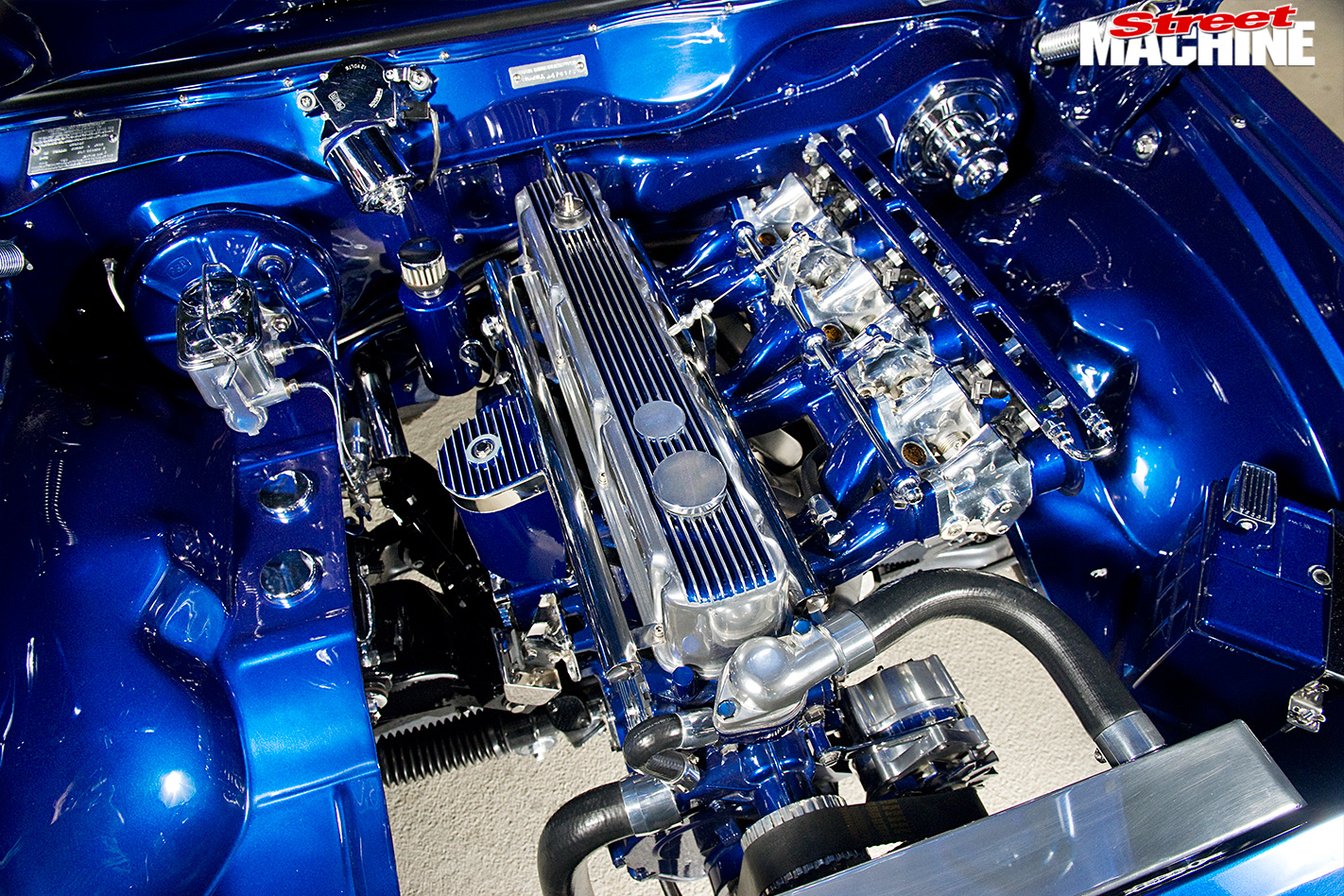 The undercarriage is styled in much the same way, so don’t expect tubs, coil-overs or a ladder bar. What you can expect is largely factory-issue hardware, beautifully refined, thoroughly detailed and fit for inspection by show judges. There’s a continuation of the striped pattern from the bay and interior emblazoned on the engine and transmission sumps, and again the sheet-metal has been seam welded and smoothed. 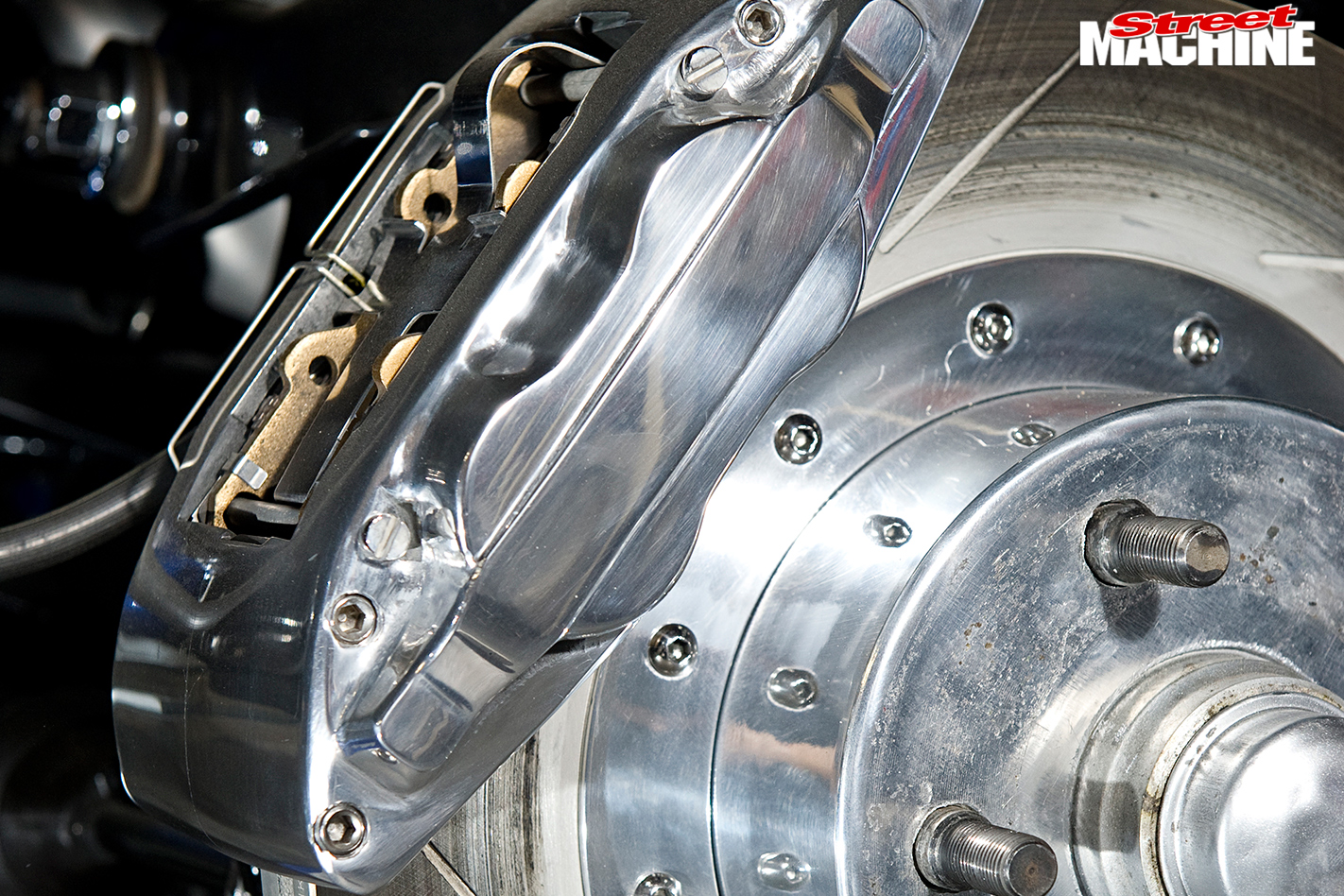 The original gearbox crossmember has been modified and inverted for exhaust clearance, and a fabricated tailshaft loop incorporates fixtures for the park-brake cable. A 9in diff is mounted in fabricated tubular arms, with the uppers being adjustable. Anchors are the same front and rear — custom-made 330mm rotors with modified Nissan calipers. 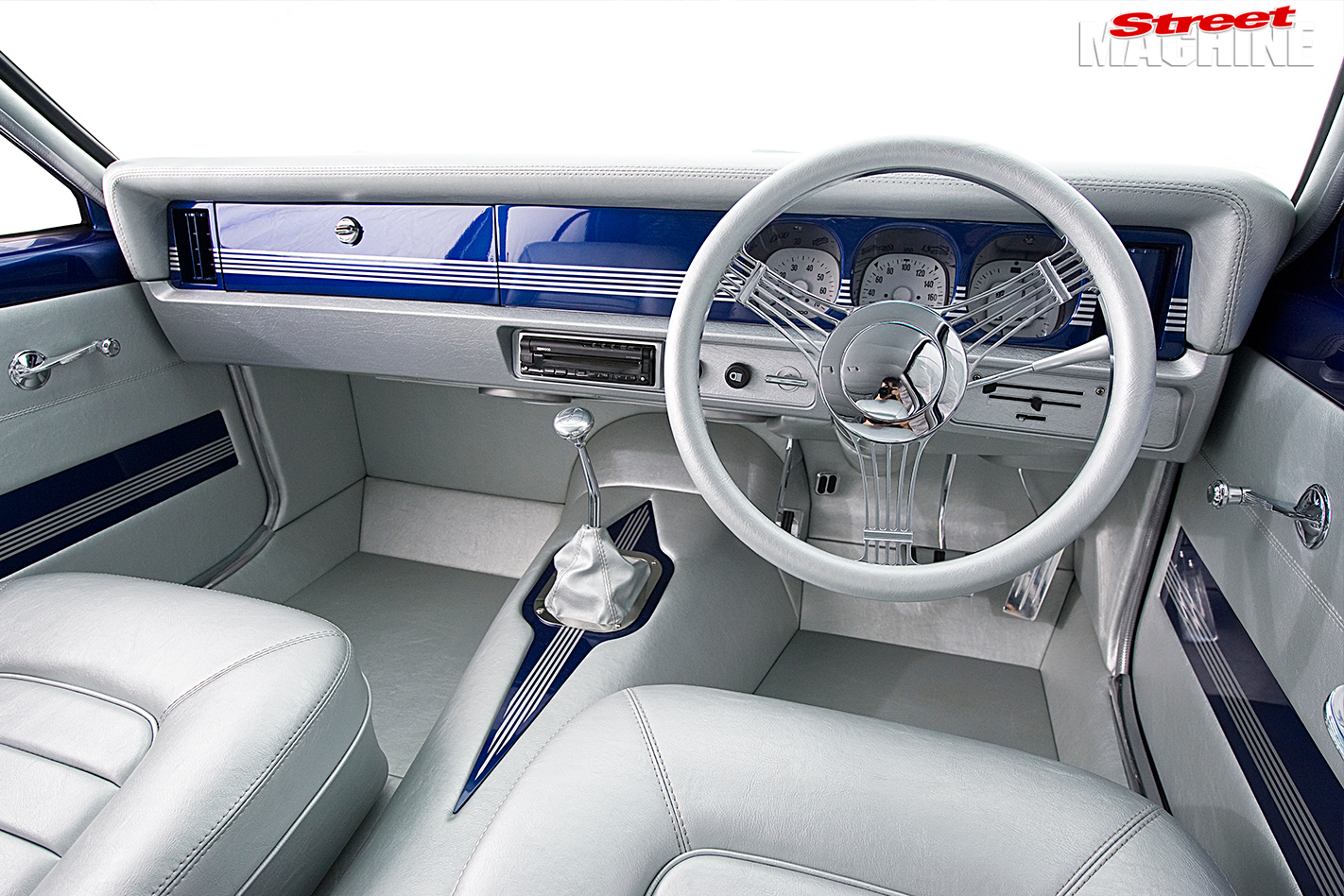 The car has come a long way since 1995, when it served as Alison’s modest daily driver. Since completion it’s gathered a stack of accolades, and Gareth and Alison largely attribute those to the assistance and influence of their good friend Ray Towell. Trophies have included Top Engine, Interior, Undercarriage, Sedan and Top Street Machine Overall at the Perth Hot Rod Show, and Top Engine, Interior, Sedan, Top 10, Top Judged and the coveted Grand Champion award at Motorvation 2012, earning the car a Superstars invite which meant a trip across the red centre for MotorEx. Here the car was picked as a Best of Breed finalist, and remained over east (minded by Ben Gatt and Damien ‘Chubby’ Lowe at Lowe Fabrications) to await its Summernats debut, where it scored at Top 20 spot in the Elite Hall. 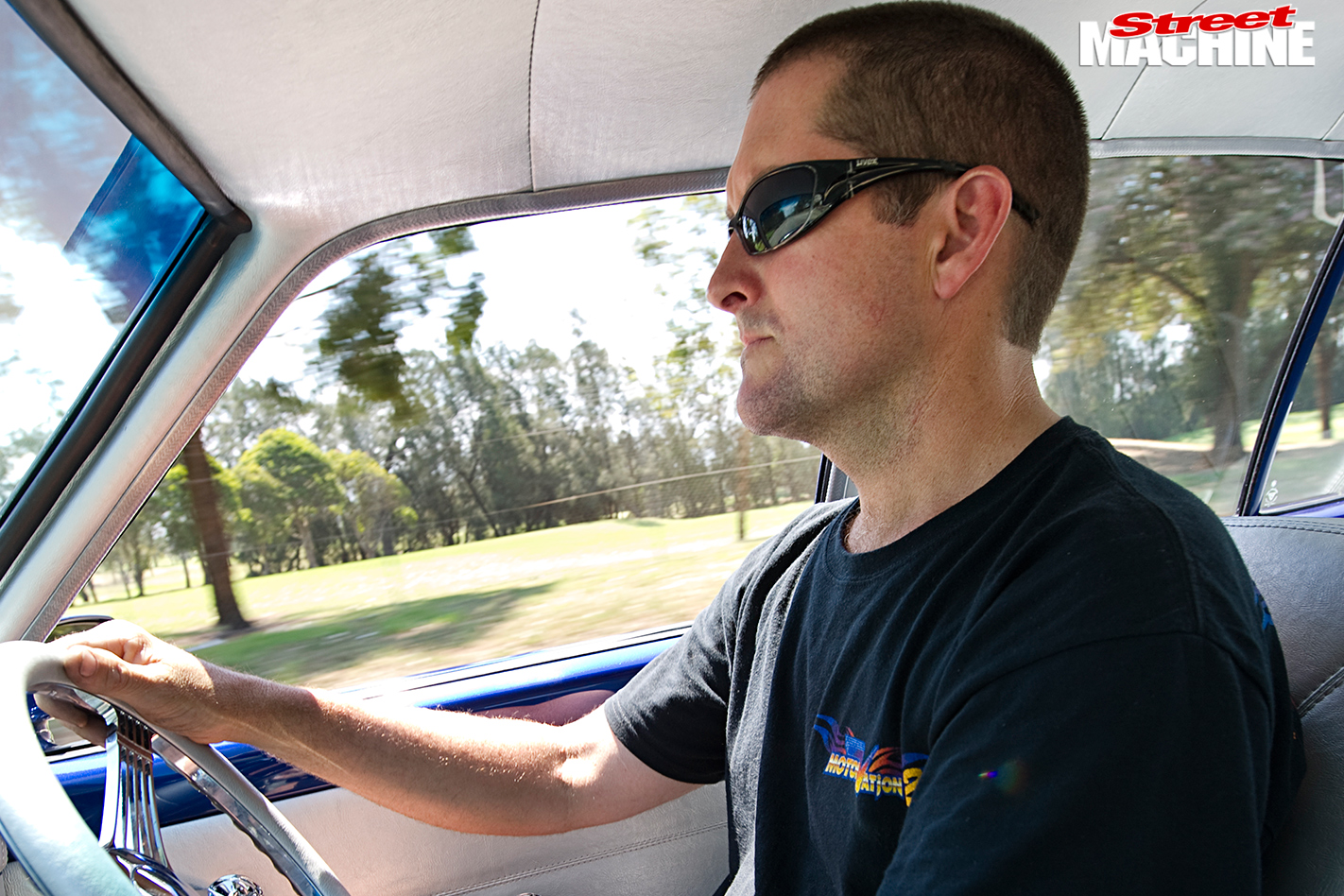 That’s a long list of trophies but between shows Gareth doesn’t just keep it under a cover in the shed.

“We set out to build a car that we could use and enjoy, and hopefully go to shows and win a couple of trophies. The car has been finished for a couple of years, and we drive it to every show, go on cruises and we have drag raced it a few times. It’s run a best ET of 14.7@145km/h, which isn’t too bad for a six. It was built to be driven and enjoyed.”