WITH a methanol-slurping  370ci small-block Chev sprintcar engine on board, Ben and Josh Nogas and their SEND-IT Gemini will be a force to be reckoned with on the N/A burnout scene. 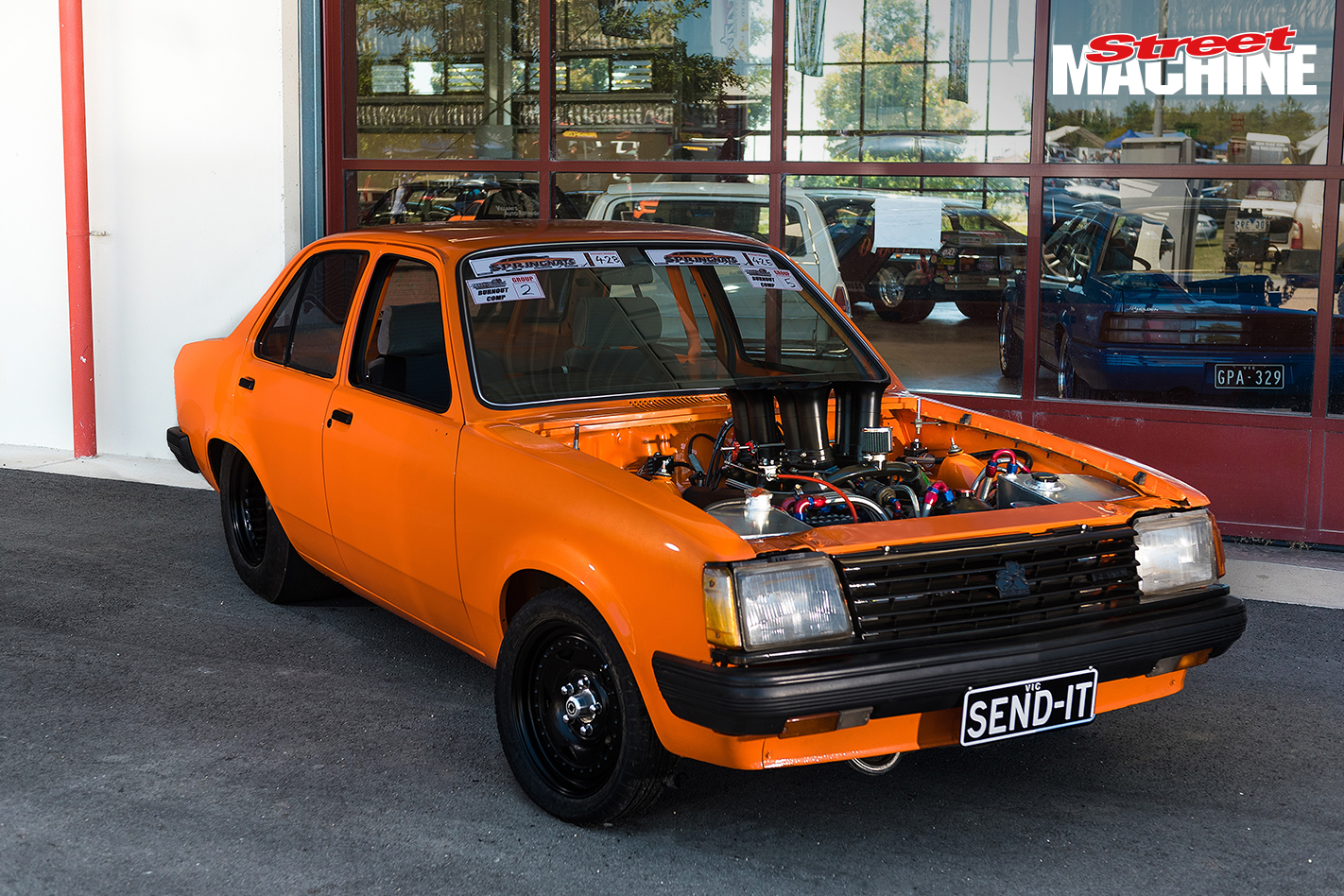 The boys attended their first skid comp with their dad and current Summernats Burnout Masters Champion Steve Nogas in 2008, helping out with maintenance and changing tyres on the now infamous NUKINFUTS Gemini. 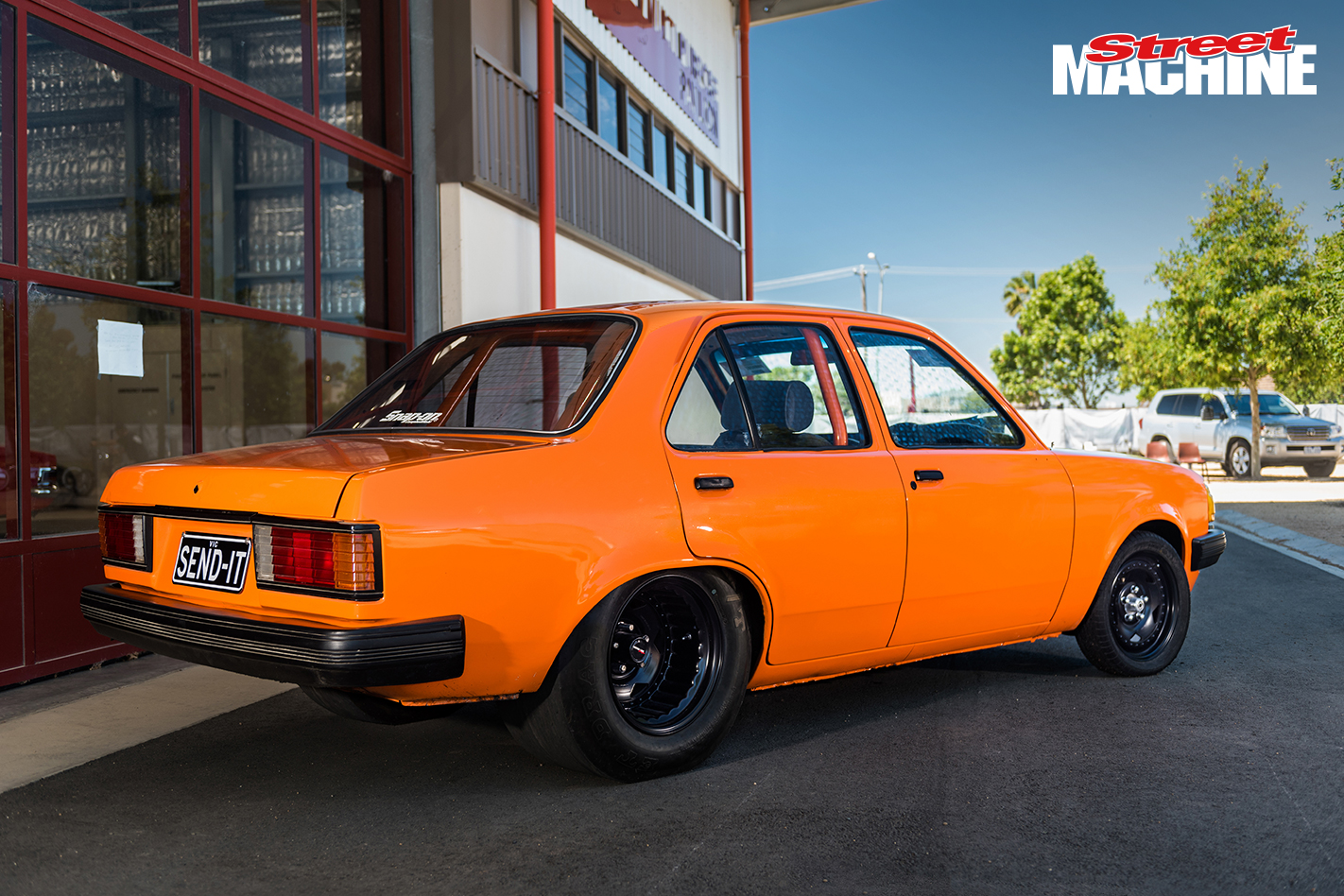 21-year-old Ben is now a second year apprentice mechanic at BNR engines, and Josh is a fourth year panel beater at Hoppers Crossing Smash Repairs. Over the past couple of years the brothers have been building a Gemini burnout car of their own to share and compete against each other with, but most importantly to compete against their dad. 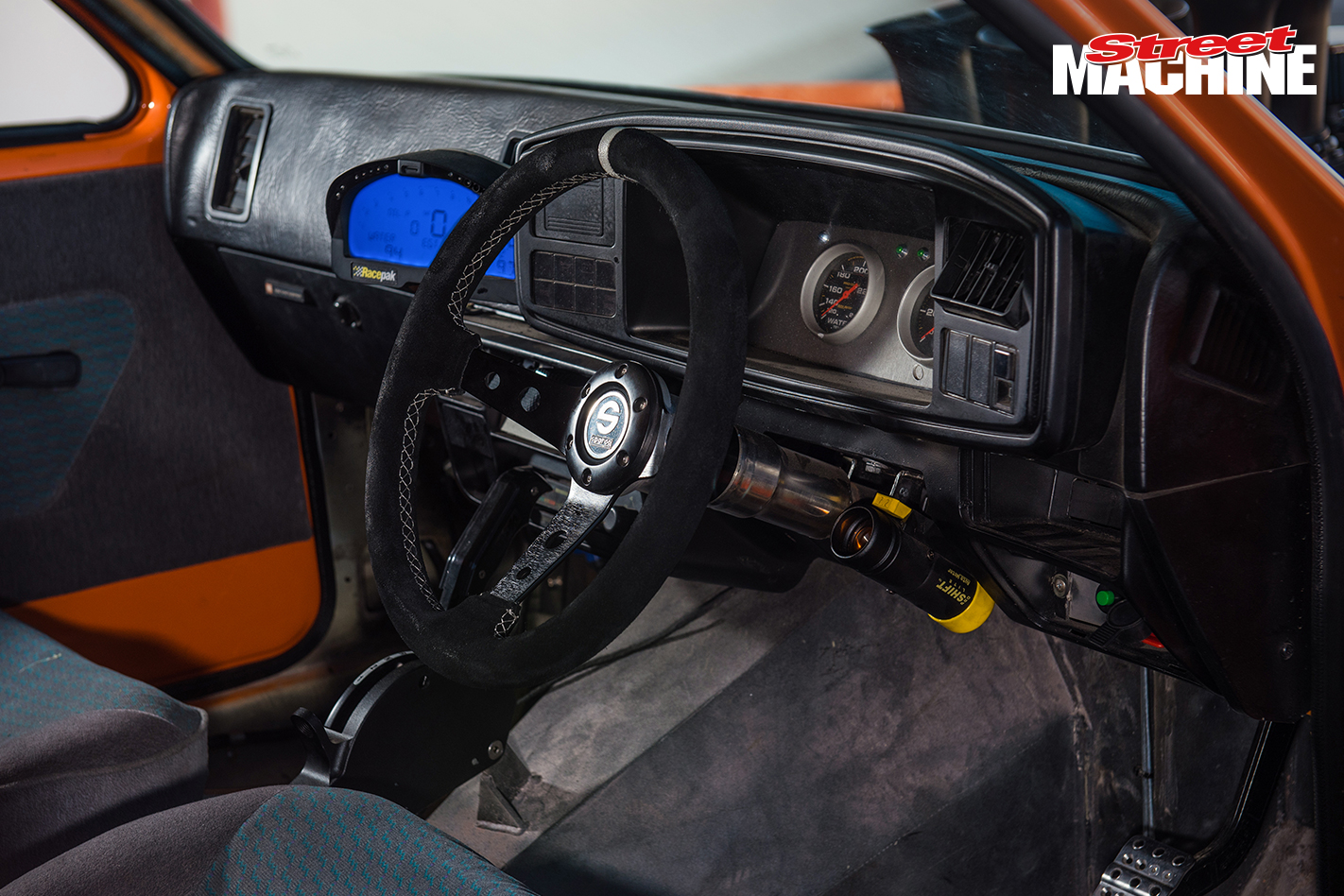 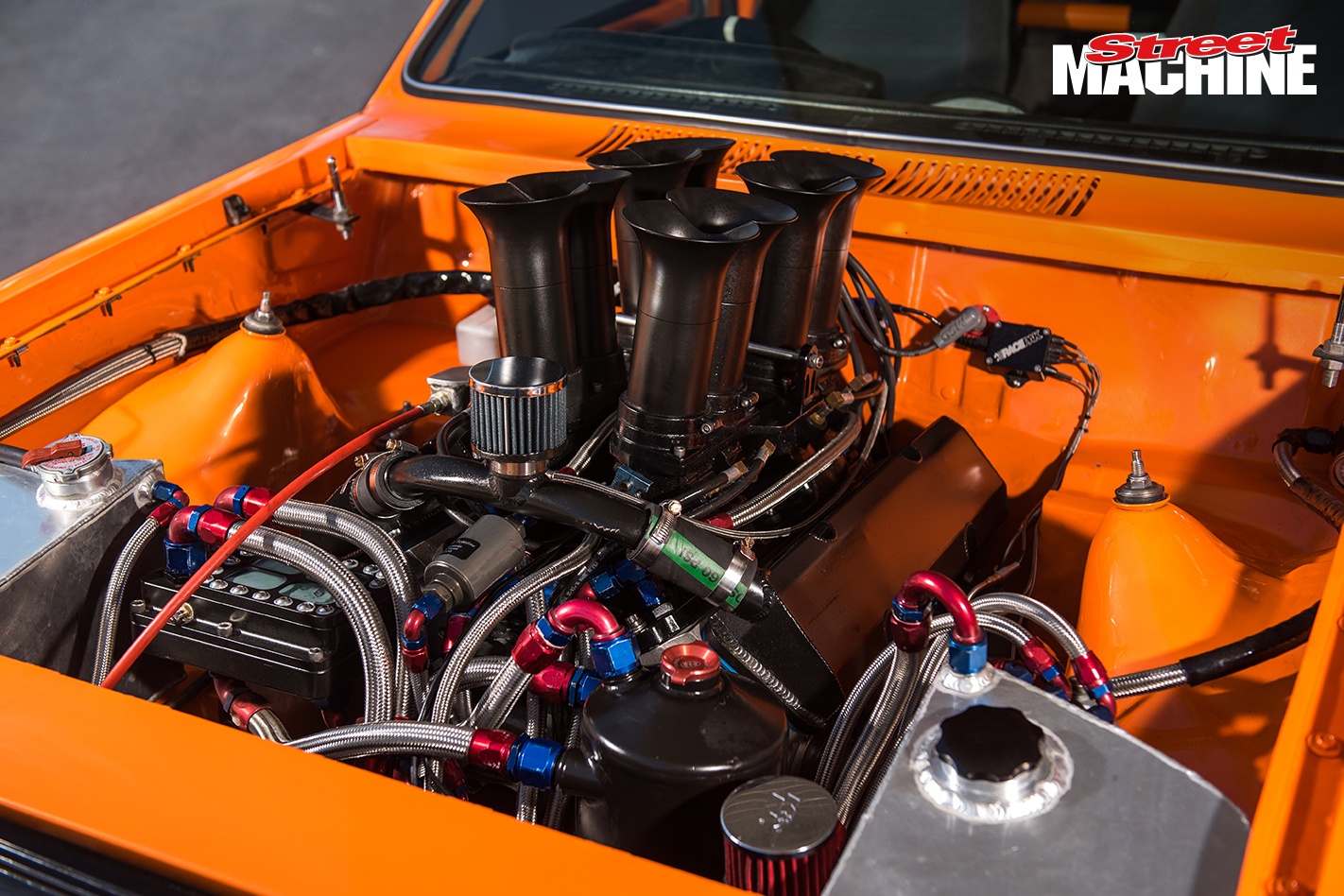 The Gemini was a 308-powered birthday present to the boys from their cousin. They soon ditched the 308 and had Ben’s boss Brett Niddrie put together the sprintcar style small-block Chev engine, based on a factory four-bolt block.

“It’s topped off with 23-degree Brodix heads, and runs a Callies crank, Carrillo rods, JE pistons, Jesel rockers  and an MSD ignition, and the Racepak dash keeps us informed of what’s going on out in the engine bay,” said Ben.  “Backing that is a Powerglide, and the rear end is tubbed with a nine-inch diff swinging off ladder bar suspension.” 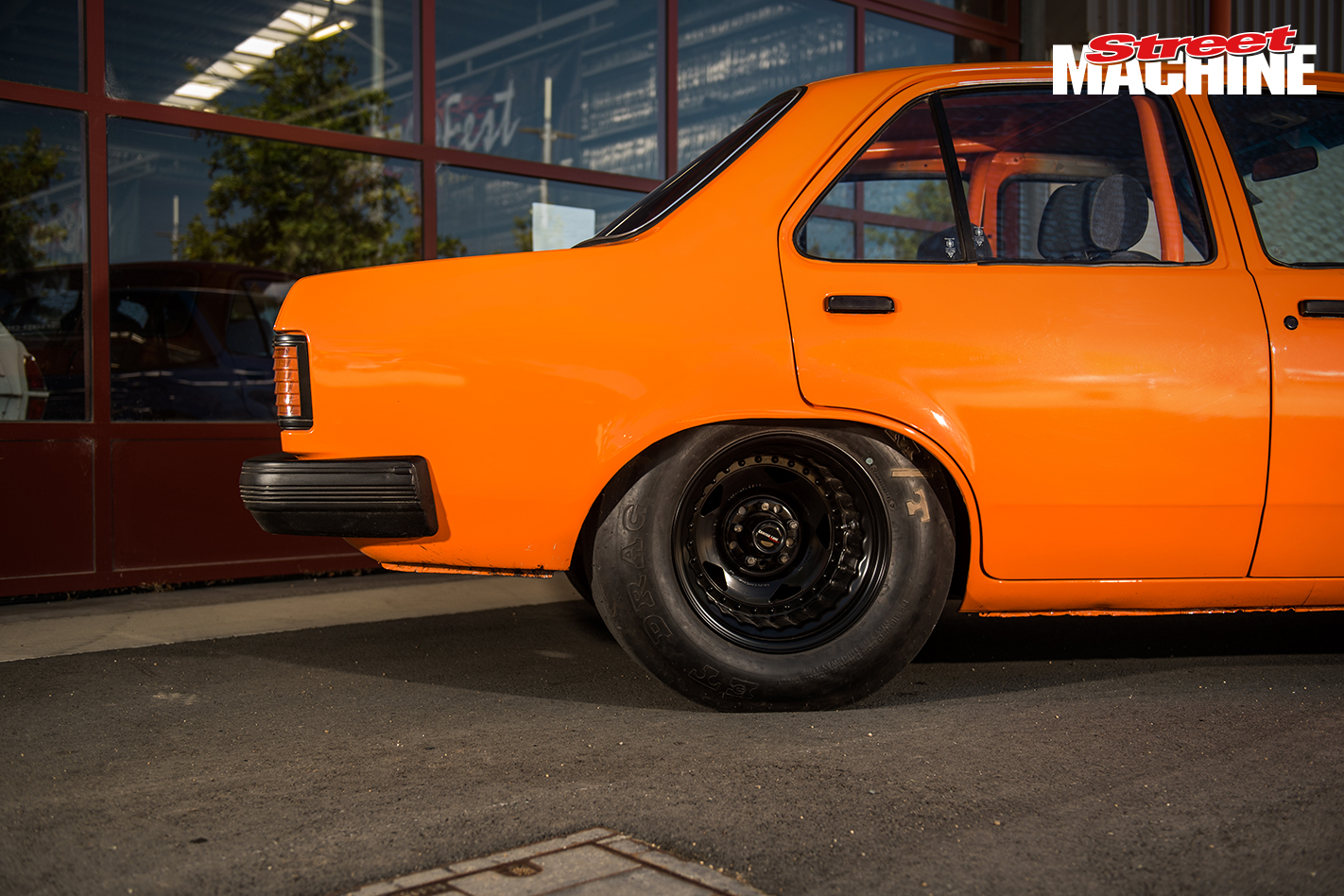 The paint was taken care of at Josh’s place of work, and the car rolls on 15x10 and 15x5 Weld wheels. Front suspension is standard Gemini, but the brakes have been upgraded to 320mm Wilwoods from The Rod Shop.

Burnouts are clearly a family affair for the Nogas family. “The scene is great and it just keeps getting bigger,” said Ben. “Helping Dad win Summernats Burnout Masters was awesome; it was something we’d been working on for years, with lots of late nights in the shed.” 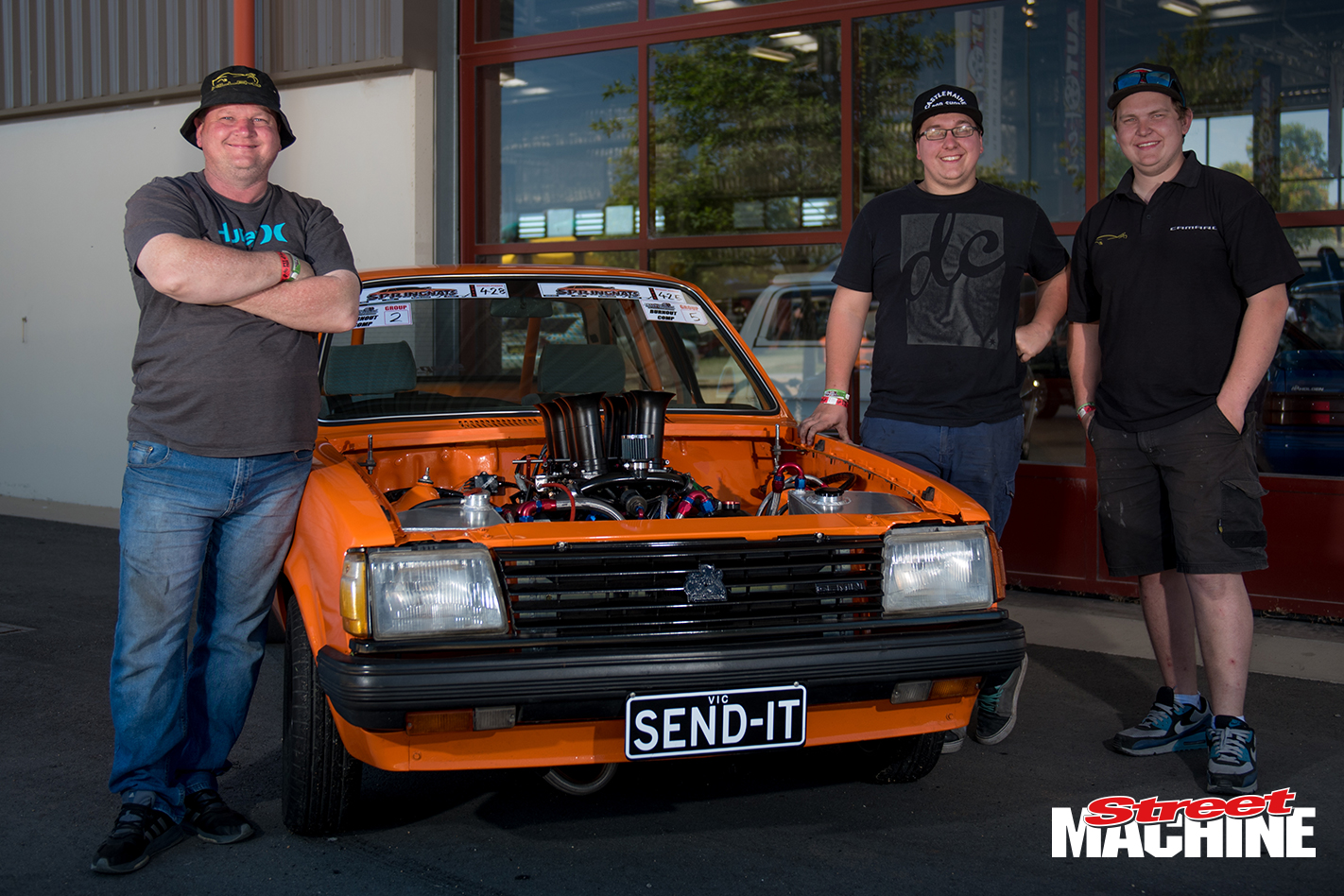 “It’s the adrenalin rush,” said Josh. “The sport is great because everyone helps each other out, and the burnout crowd can be intimidating but you just have to concentrate and block them out. The minute you focus on them you’ll be in trouble and end up in the wall”.