WE LIKE to think of ourselves as a V8 tribe here in Australia. And that’s true to an extent; we do love the bass boom of a big-inch bent-eight and the sort of hand-of-God thrust that comes with it. But as somebody once said (and I don’t think it was Adolf Hitler) if we forget where we came from, we may never get to where we’re going. Or something. Point is, when you get down to the Adam and Eve stuff, it was six pots in a row that got the whole Aussie muscle car thing started way back when.

The Holden EH S4 is generally credited with being the first factory Bathurst special. Peter Brock won his first Bathurst in a Torana GTR XU-1. The VL Commodore Turbo rewrote the book on post-ULP performance when it launched in 1986. Six-bangers, all of them. And then there’s the big daddy of all Aussie sixes, the Falcon XR6 Turbo. 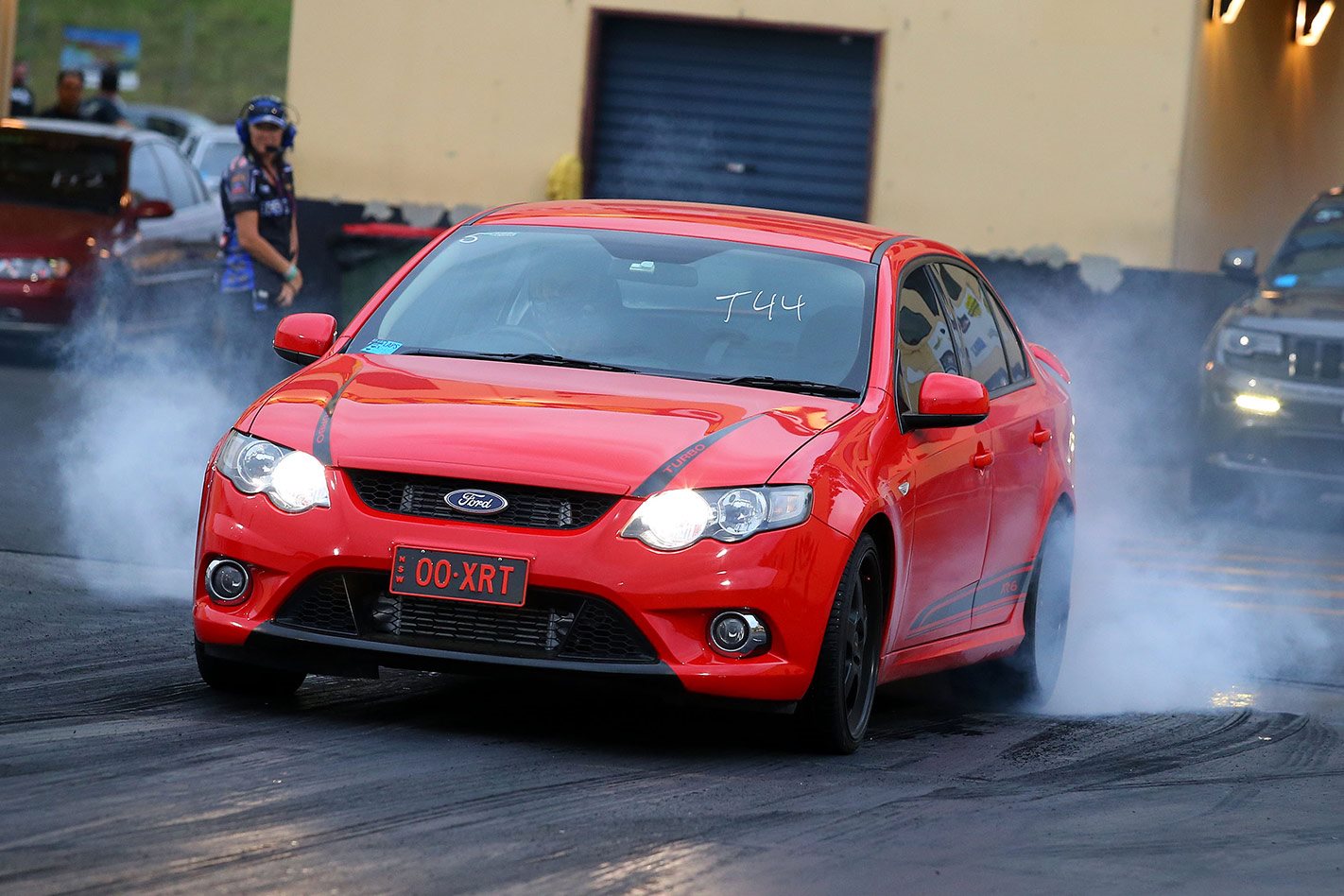 So while we’re making grand statements, chew on this one: The turbocharged Barra six stands as the best locally developed and built engine. Ever. Okay, it depends on who you talk to and which side of the whole Ford-Holden fence you dangle your legs over, but the fact is, the boosted Barra was world-class when it was new and not much has changed in the past 15 years.

The other clever piece of work was fitting the turbo donk to what was basically a family-spec Falcon and calling it an XR6 Turbo. Marketing genius, and a godsend to all of those who wanted a fast four-door but didn’t need the full-swank interior, the loony bodykit or the FPV badge. Throw in the 17-inch alloys and some jazzy cloth seat-inserts and you had yourself one hell of a thing back in 2002. 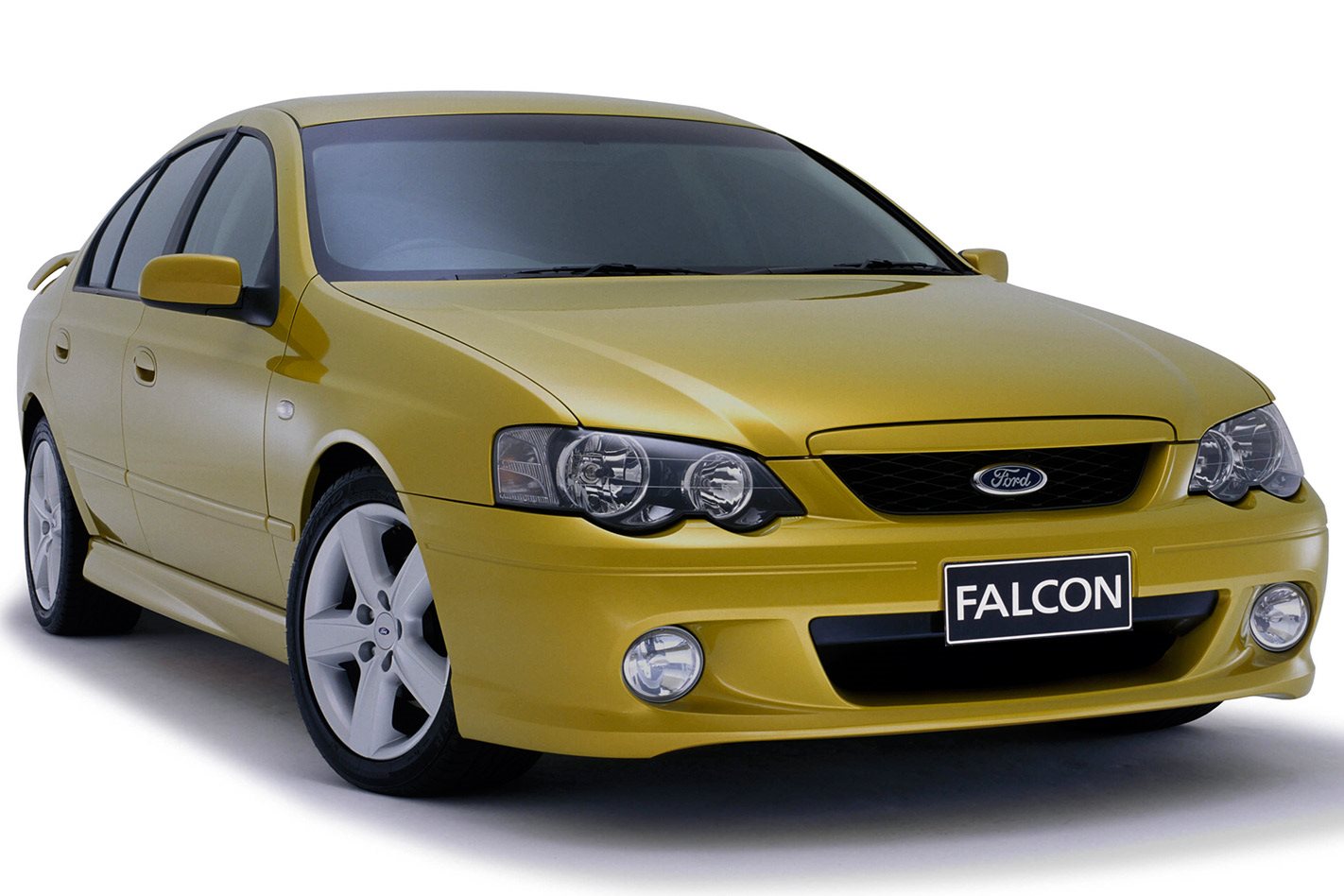 Launched in September 2002, the BA Falcon’s job was to wipe away all the bad memories of the unloved AU that preceded it. Ford cleverly maintained the basic structure, but added new front and rear styling to emerge with a car that looked newer than it really was. The AU’s sophisticated but expensive independent rear end was ditched and replaced by the simpler, cheaper Control Blade set-up, and the V8 option went from the old five-litre pushrod Windsor that we knew and loved to the 5.4-litre overhead-camshaft V8, which got three valves per cylinder in 220kW Fairmont form, and four valves and DOHC for the XR8 version. 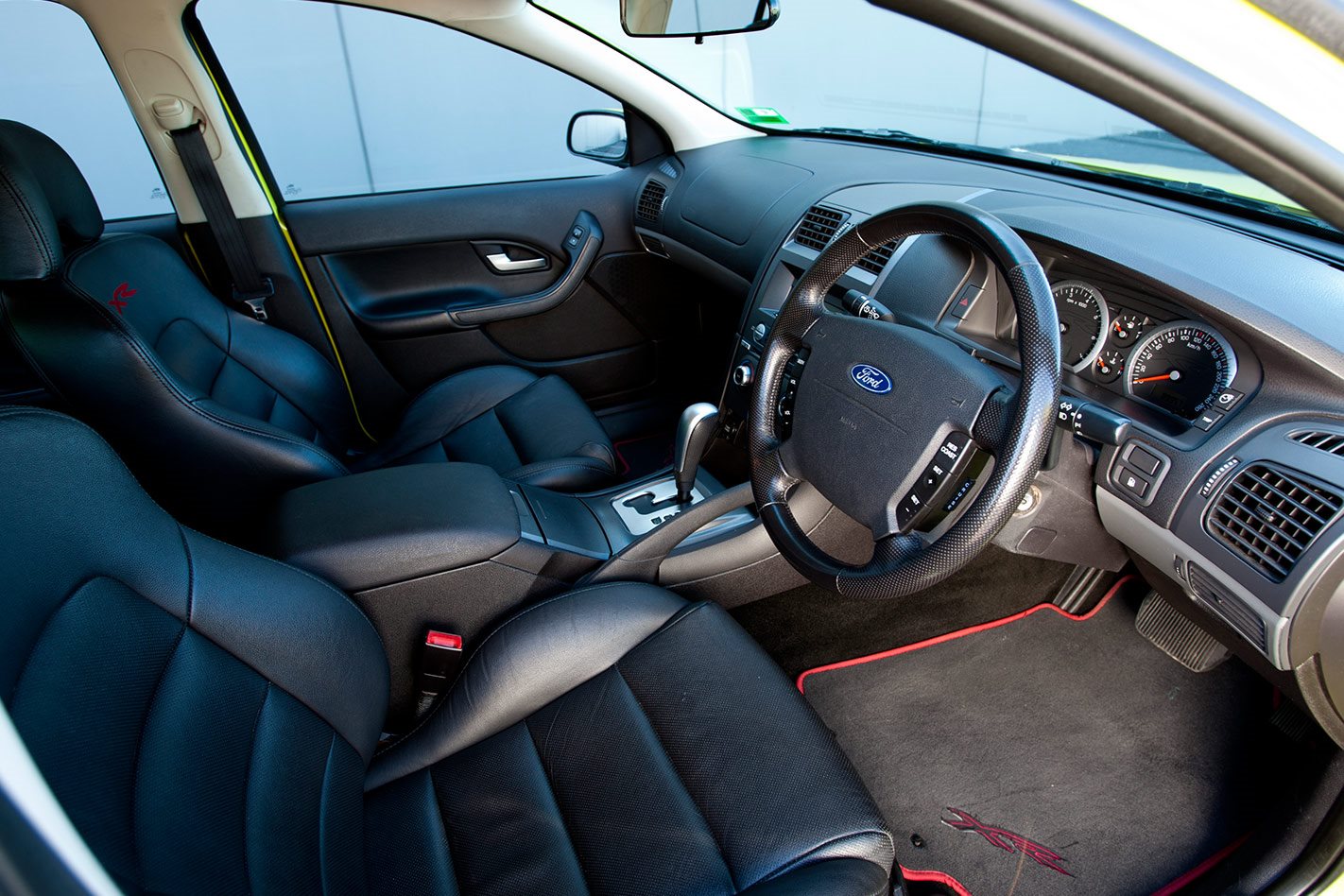 But Ford wasn’t done with the AU-apology stuff yet. The basic four-litre six-banger got a world-class DOHC four-valve cylinder head and, as part of that, the local engineers brewed up a boosted version. With a fairly simple, single-turbocharger application, the new, smoother six-pot Ford engine suddenly made 240kW and 450Nm, completely trumping the three-valve V8’s 220kW (if not its 470Nm) and giving even the four-valve XR8’s 260kW and 500Nm a big scare. And you know what else? There are plenty of people around who reckon Ford might have been fudging those numbers a tad so the V8 stayed in front of the XR6T on paper. Could be. 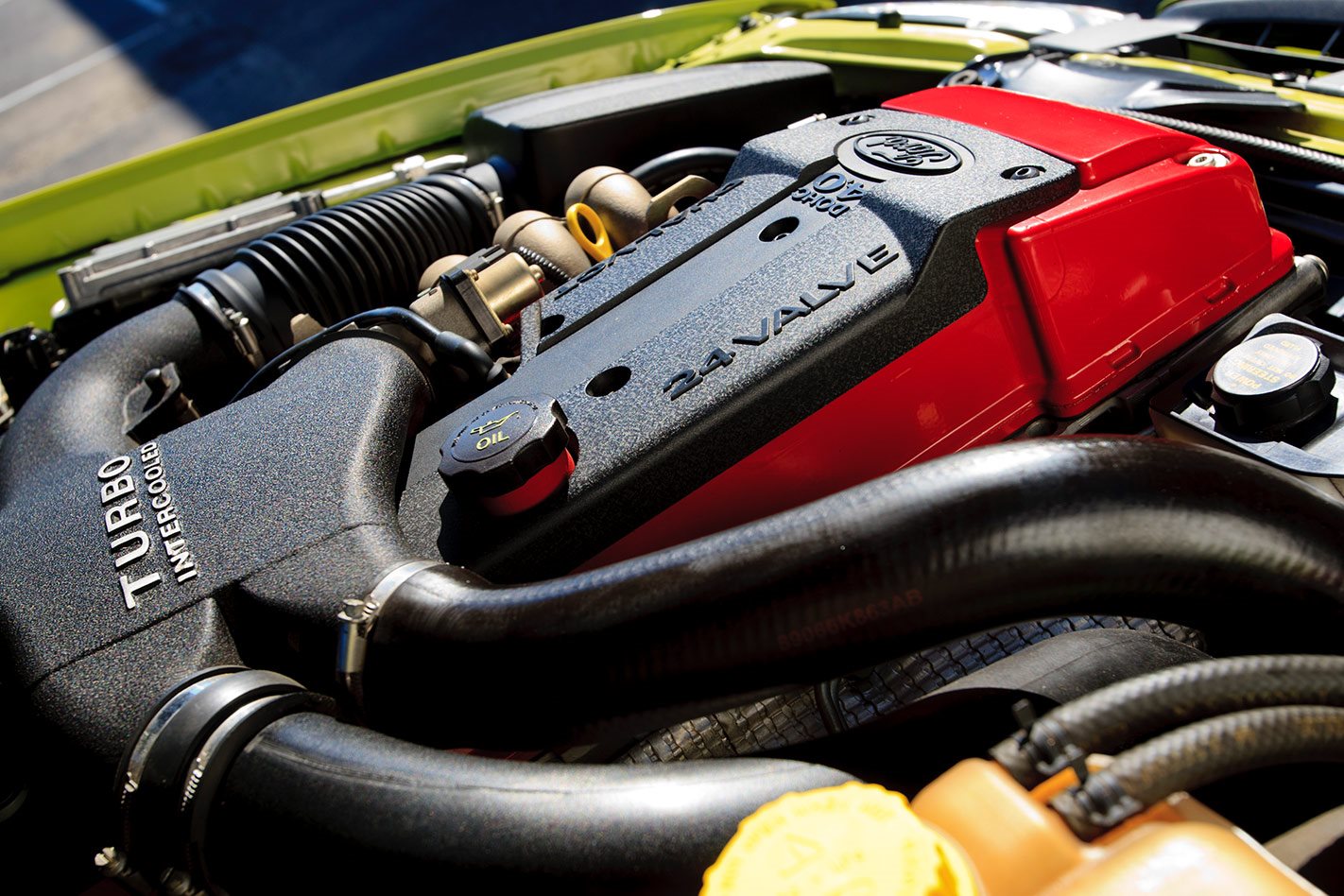 While you could order your new Falcon with the three-valve V8 engine in anything from the base-model XT sedan and up (the four-valve version was XR8-only) the turbo six was only available with the XR6 package. There was no station wagon variant, but cleverly, Ford did tradies everywhere a huge favour by offering the XR6T as a ute. Getting those pigs to market was never as much fun as this (well, maybe not for the pigs).

Oh yeah, you could have the XR6 Turbo with either a five-speed manual (the T5Z unit) or the equally familiar four-speed auto. Frankly, the auto worked better with the turbo motor, keeping it on the boil more effectively and cancelling out the lag. 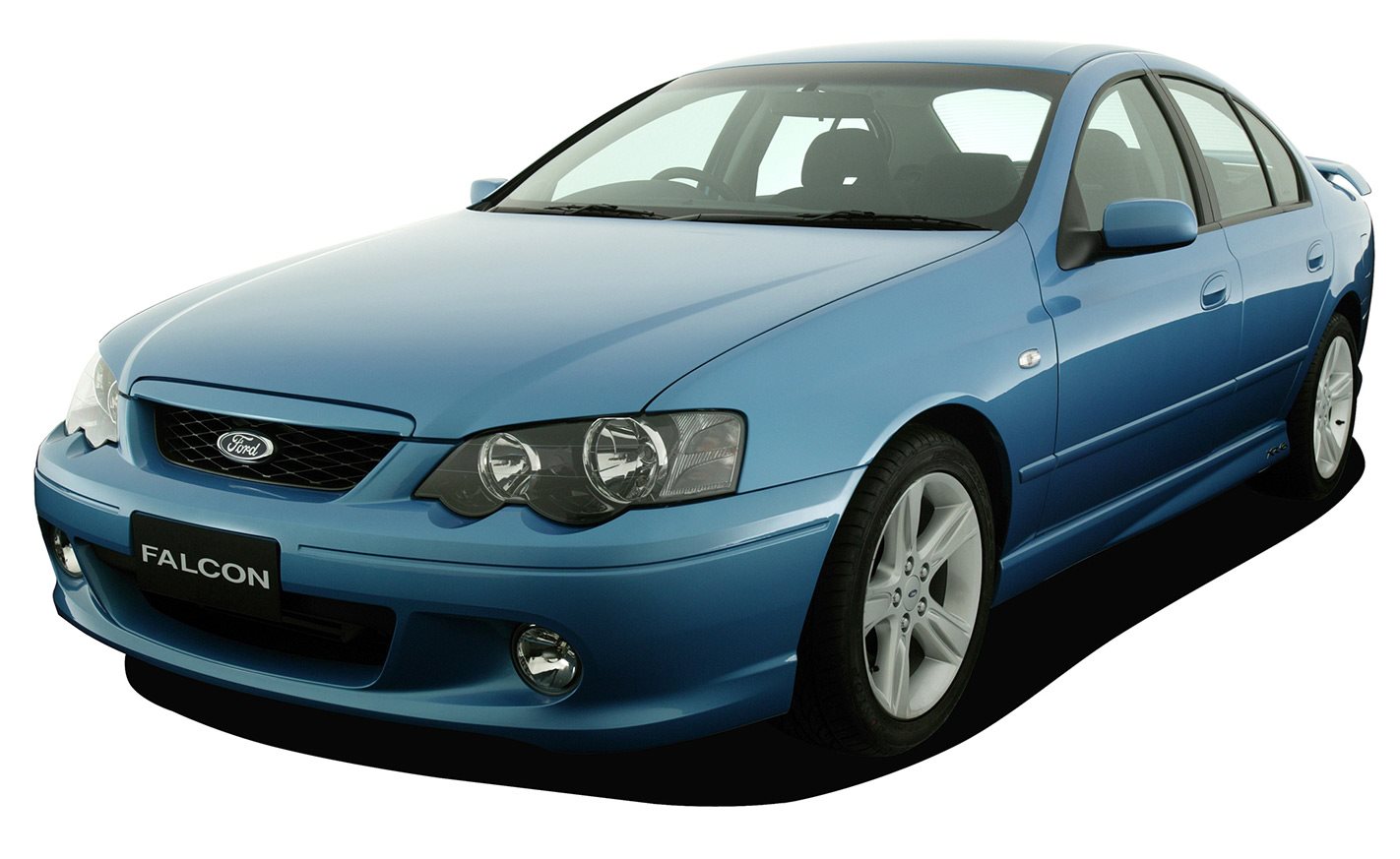 The first facelift of the XR6 Turbo came with the Series II upgrade to the whole Falcon line-up. In fact, as facelifts go, this one was blink-and-you’ll-miss-it and the biggest mechanical change was the switch to a new six-speed manual option. The four-speed auto remained, but its days were numbered.

While the changes were few and far between, you need to remember that Ford still couldn’t box these things up and ship them to dealers fast enough. For a brand not universally known for getting its market research spot-on first time, the XR6T must have been cracking them up back at head office. 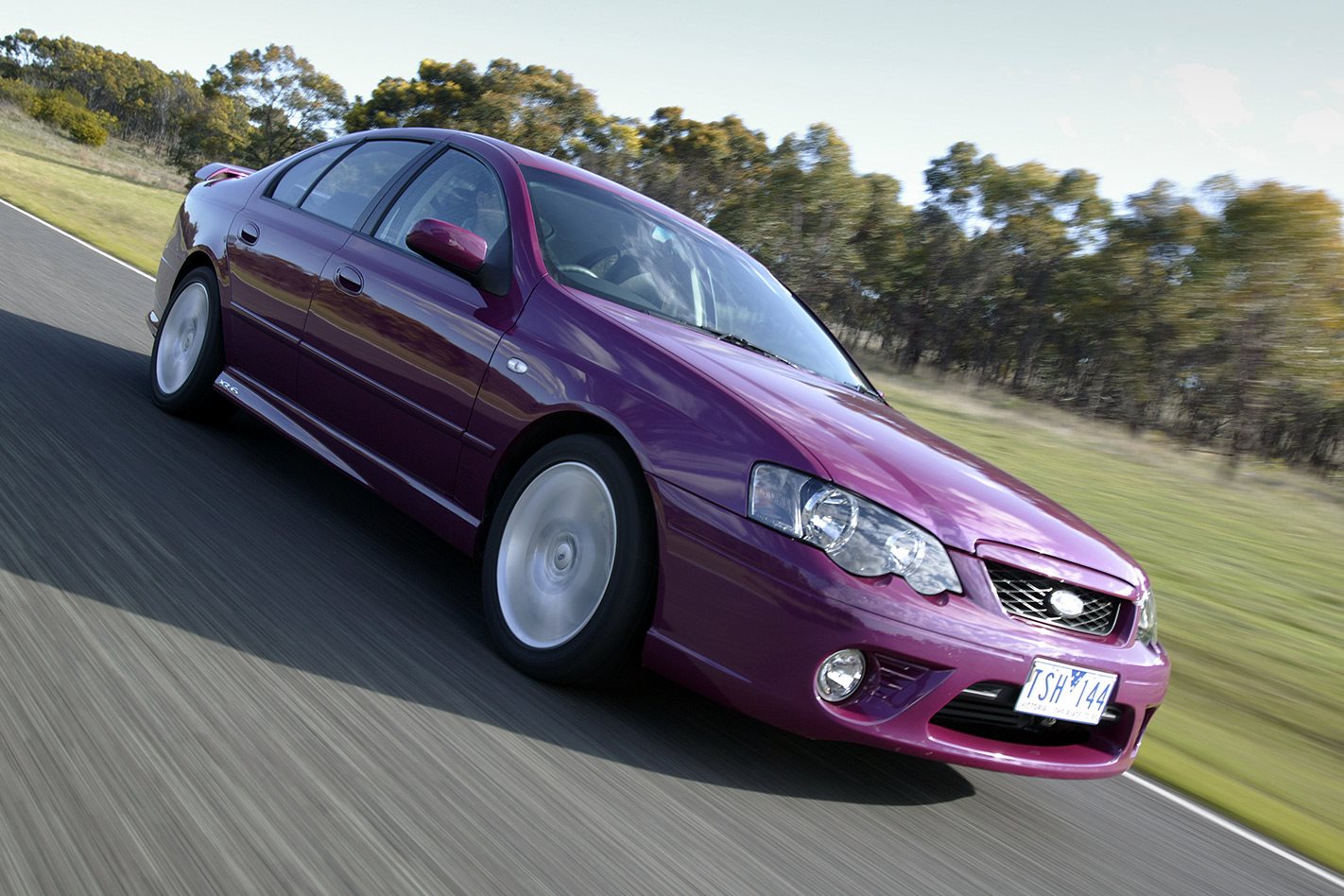 Ford finally got around to giving the XR6T concept a proper birthday for the BF model, which lobbed at the end of 2005. The big news was the fitment of the ZF six-speed automatic tranny, which helped give a refined feel to the deal. Power was now up to 245kW and torque had leapt to 480Nm. But with the new automatic’s gearing, fuel economy actually improved noticeably, so the tougher motor was a win-win all ’round.

With four years’ worth of sales notched up, the XR6T’s weaknesses were now well known. Early-build engines had suffered the odd piston failure even when lightly tuned, but Ford made running changes to this. Valve springs were the biggest known weak spot and were the first thing you changed in the name of pace. Intake gaskets could also fail, as could a small wire behind the cylinder head that fed the ECU cam-angle info. No info means no go. But the biggest problem was a lack of servicing and maintenance. Sludge in the oil could block the oil feed line to the turbo’s bearing. And then she go boom. 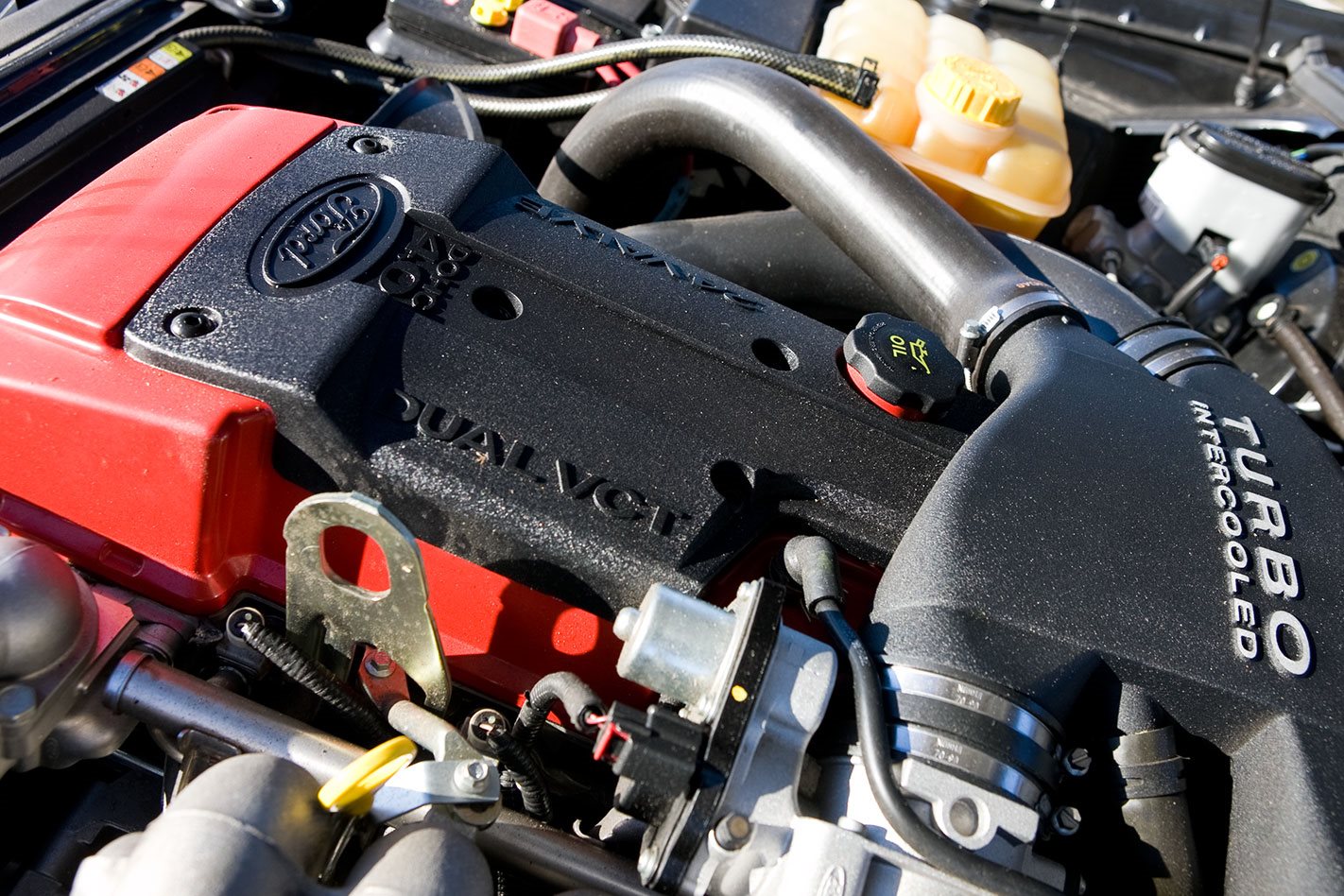 Beyond that, watch for tired auto trannies and flogged-out diff bushes. Stock brakes were also underdone and many owners bit the bullet and fitted either aftermarket or FPV brakes after the second set of standard front rotors warped in the sun. 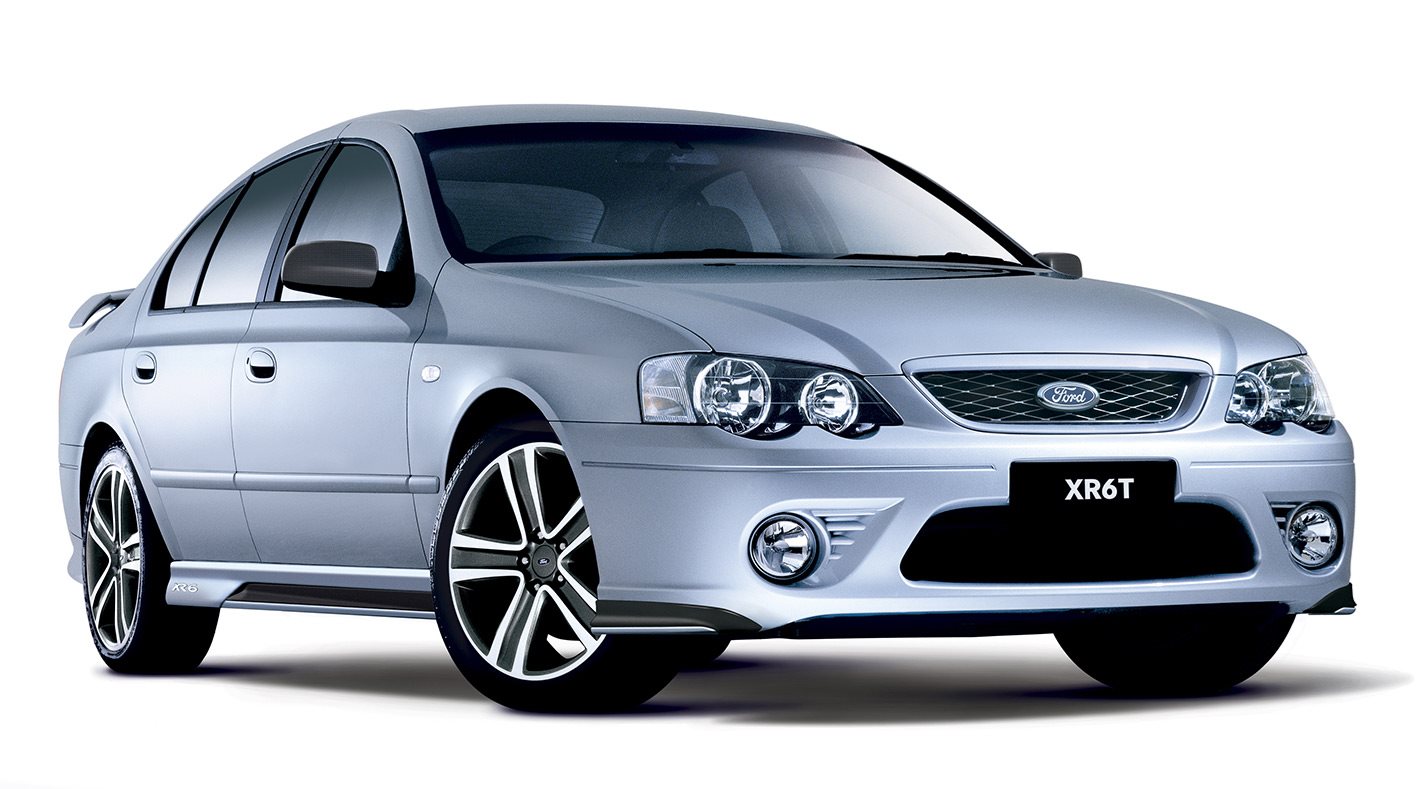 The biggest change with the BF Series II was that the XR6T now got the version of the engine that FPV had been using in its F6 Typhoon since 2004. That meant it got the tougher conrods from the LPG-powered version of the four-litre six and the stronger valve springs it had been begging for from day one. 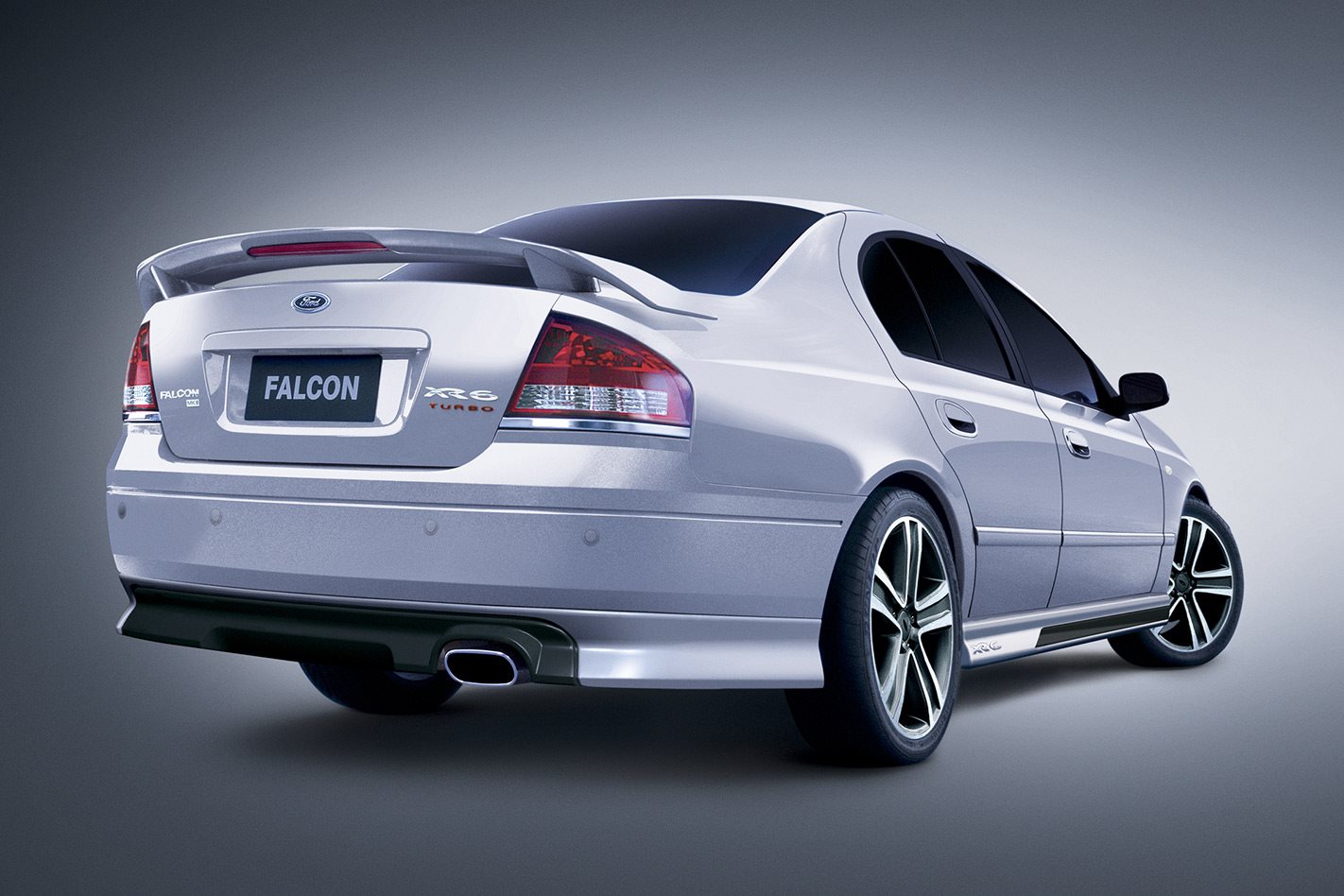 The trade was still learning fast, too, and the new six-speed auto was creating its own problems. Sand and swarf from the engine-block casting process was finding its way into the cooling system and effectively peening the thin, internal trans-cooler pipes. When that happened, coolant could get into the gearbox proper and stuff the mechatronics quick-smart. Big dollars. Diff bushes were still a wear item and the tailshaft centre-bearing could fail. 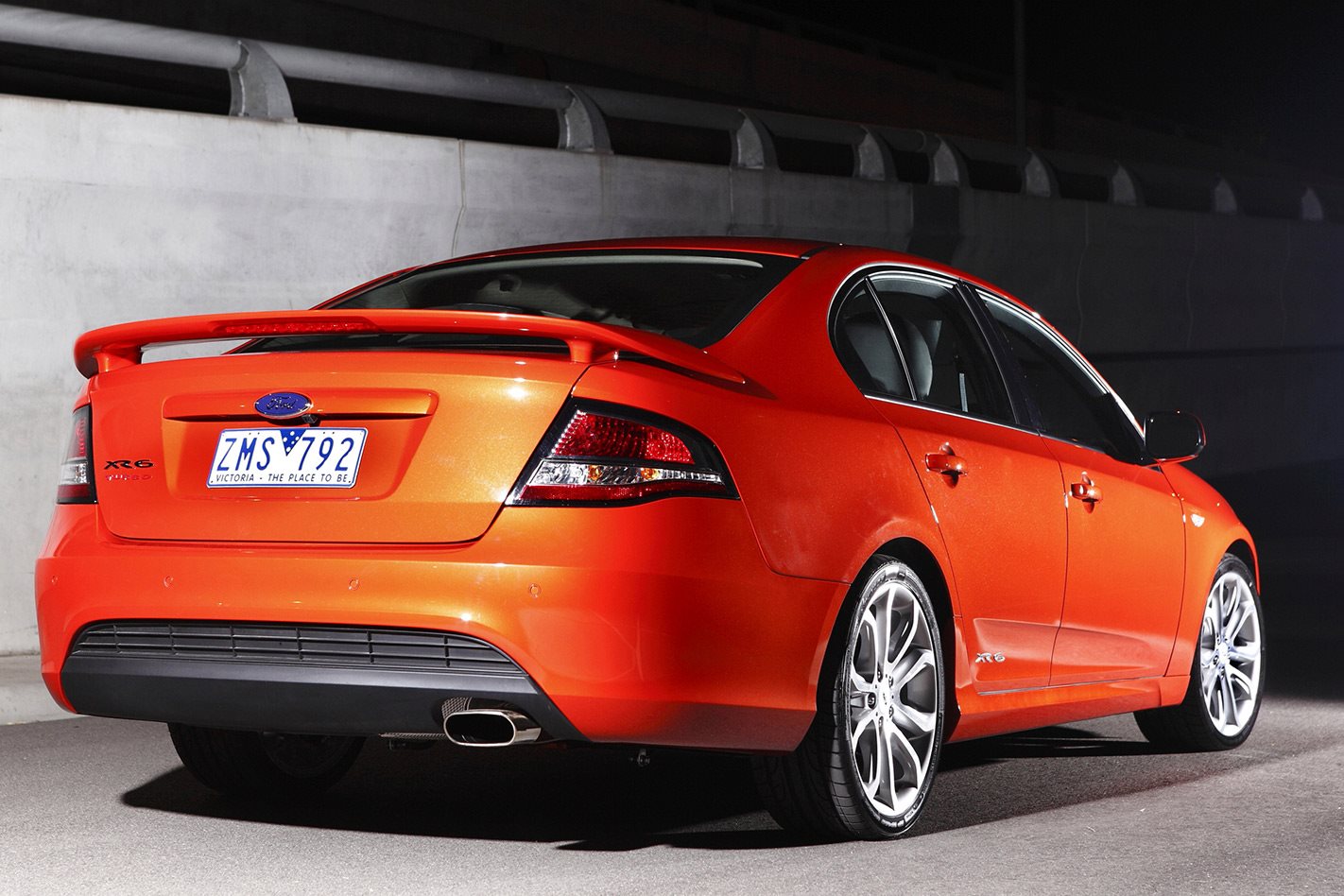 For the FG model, Ford finally went to the turbocharger unit that the XR6T should have had from the start. While the original used a large snail for lots of flow, that inevitably led to some lag. Not terrible, but not as snappy as some of the emerging small-capacity turbos that were starting to rule the world. But by fitting a smaller turbo unit to the FG, the lag was suddenly banished, since the turbo could spool up much faster. Outright power was now up to 270kW and torque was a monster 533Nm. The difference is obvious from the first drive, too. 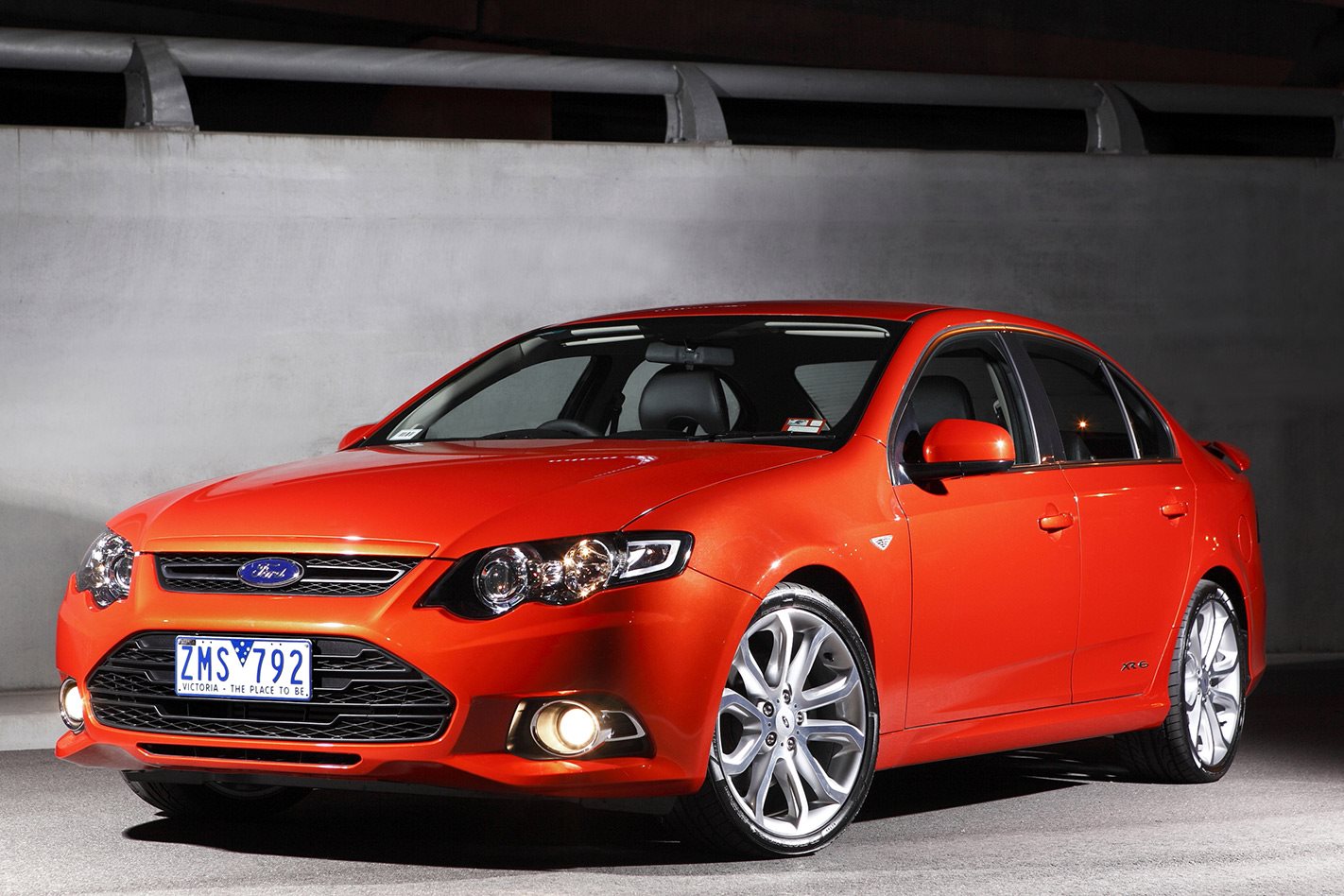 The trade reckons the FG is the one, but you’ll need to swap the stock turbo pipe for an aftermarket one, as core shift in the casting process makes the standard pipe notoriously thin-walled in places. The fusion-welded tailshaft of the FG is also a worry and they have been known to twist. An old-school welded shaft from a BF is the replacement. 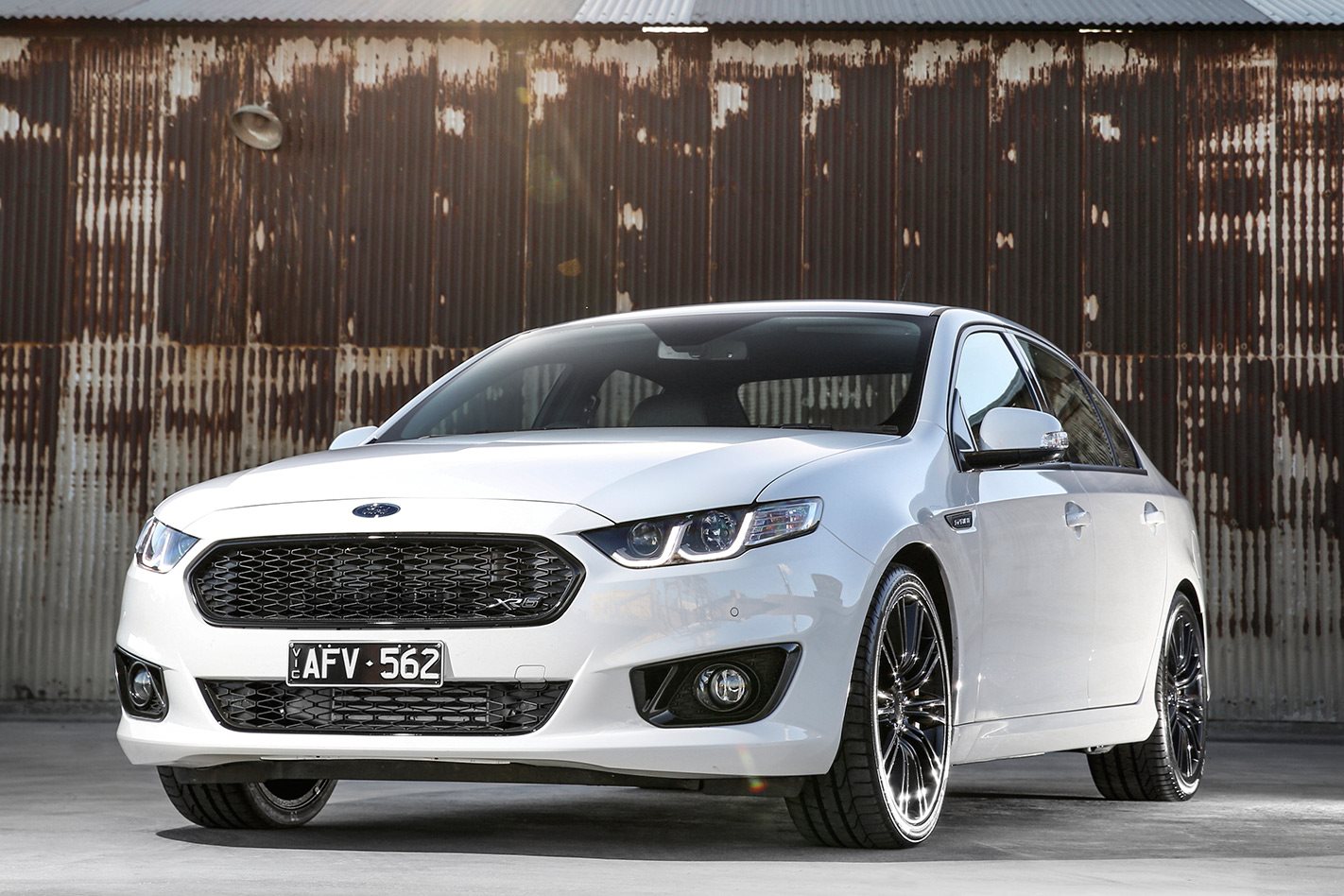 The facelifted FG X was the upgrade that took the whole Falcon thing to its final resting place. But it’s significant that the Turbo was there the whole way, and remained a big seller right to the end. So popular was the concept that Ford decided that, as part of its last hurrah, it would write a love letter to us petrolheads in the form of two very special models: the XR8 Sprint and XR6 Sprint. 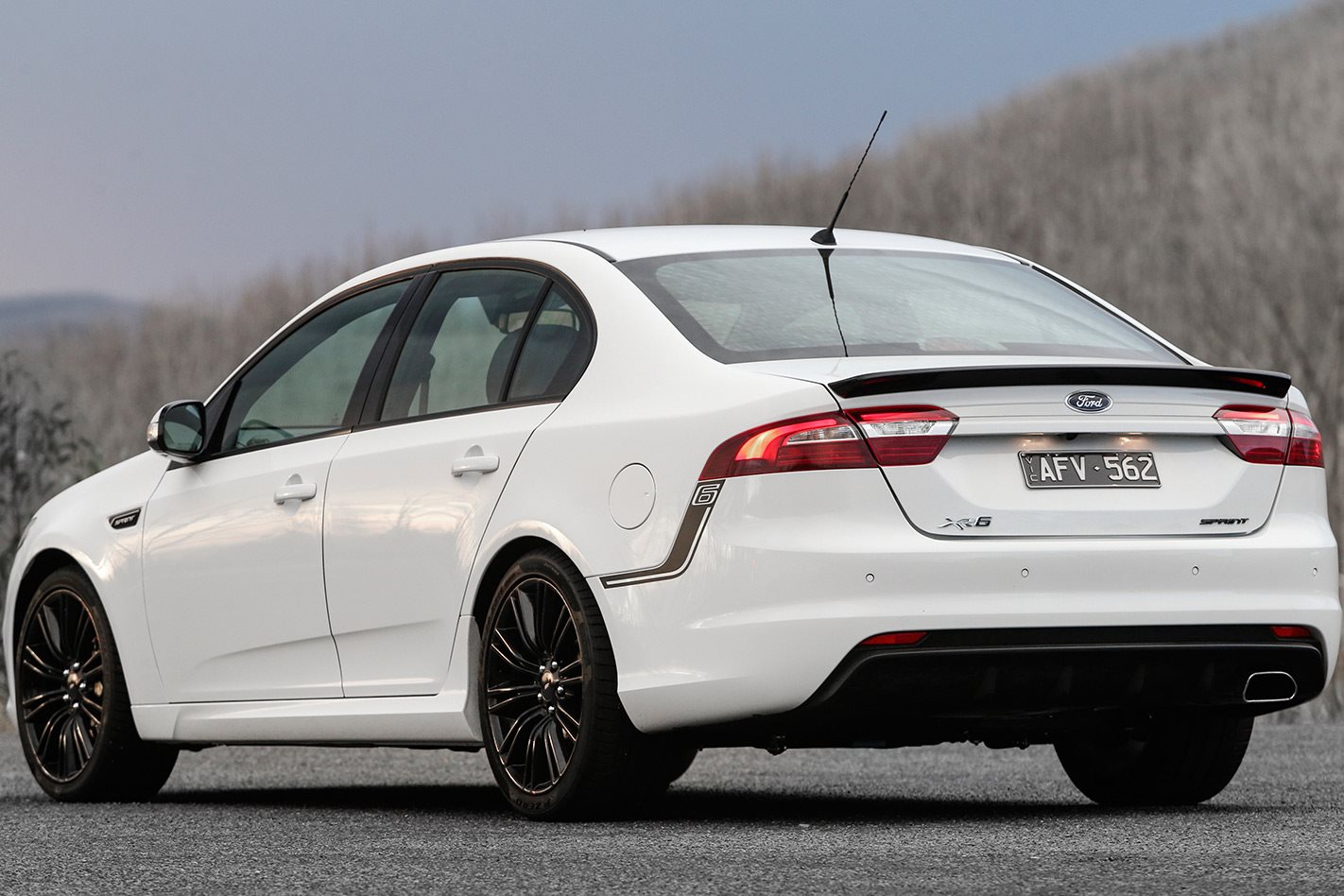 The XR8 Sprint got the blown Miami engine from the FPV GT, while the XR6 Sprint got a 325kW/576Nm tune, making it easily the fastest of its kind. Ever. And also the last. Sniff. You’ll probably be lucky to ever see an XR6 Sprint in the wild, as most were bought by collectors and shedded for a big cash-in in a few years. We get it, but it’s still a shame. And modifying one? Forget about it. 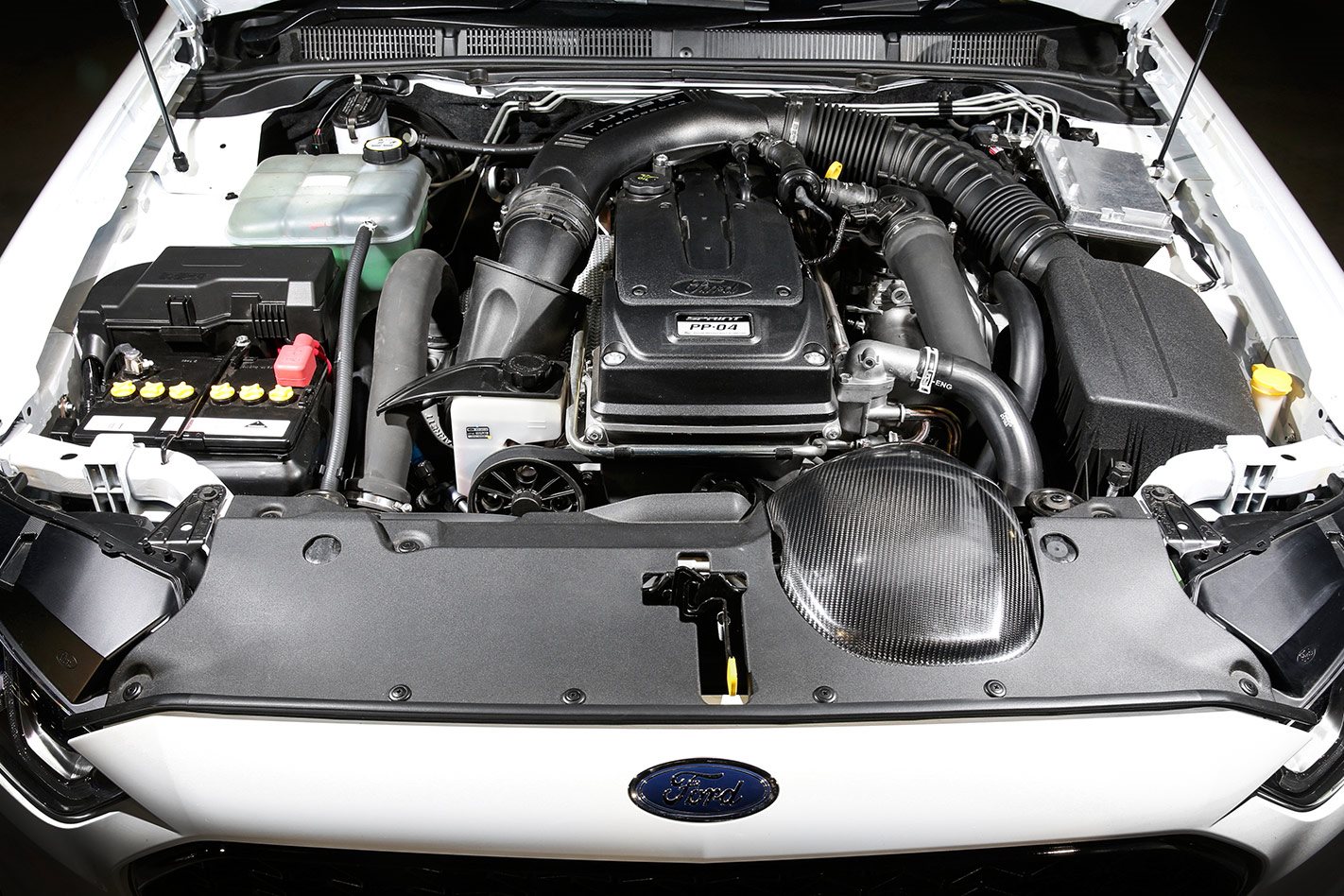 While the turbocharged Barra is a tough customer, our experts in the know reckon that, ultimately, it’ll be kilometres that determine the worthiness of a particular car. The point being that pretty much no matter what you buy, there’ll be a few things that you need to do just as a matter of course. 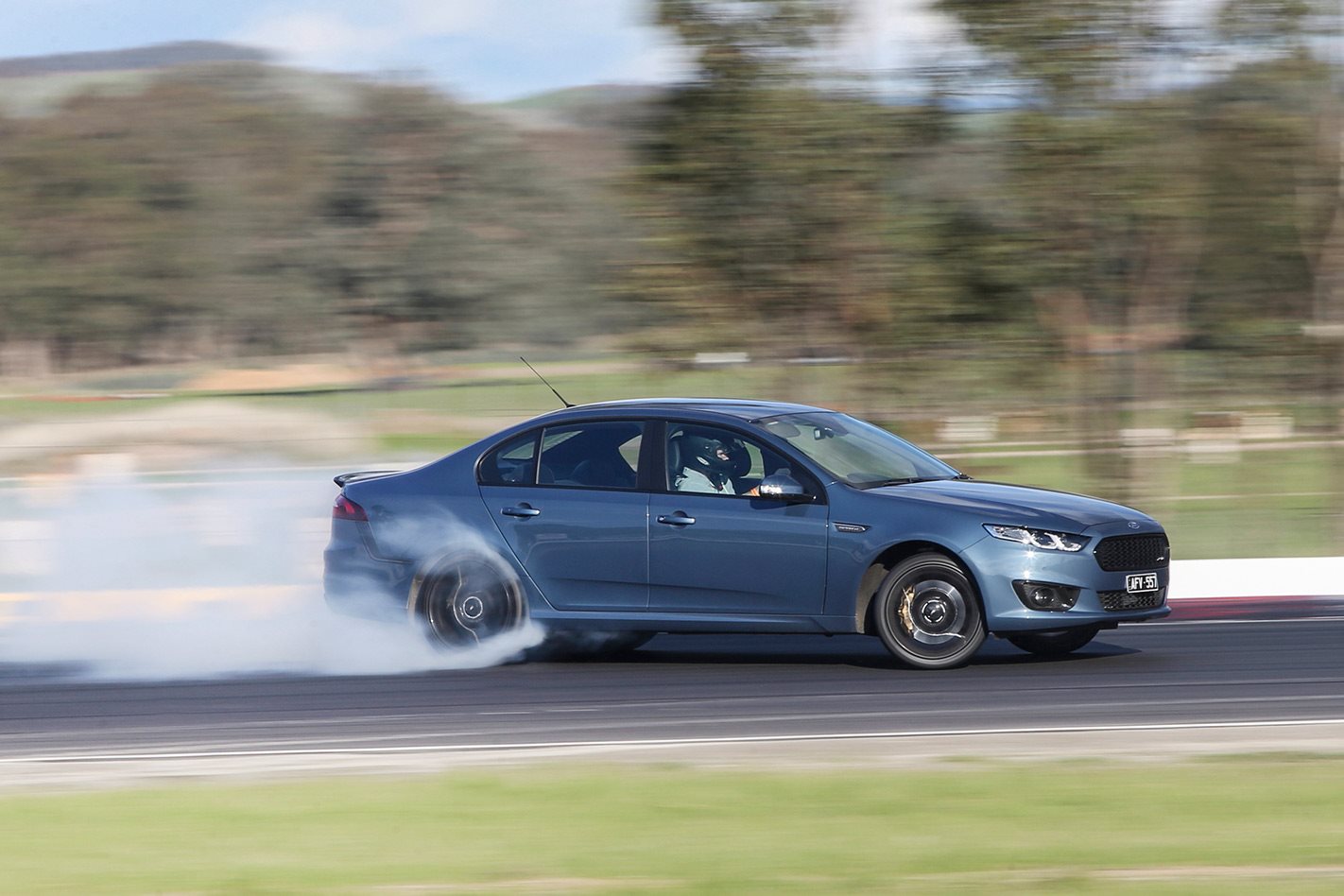 That starts with the usual service items like sparkplugs, which will probably need to be replaced. The factory iridium ones are pricey, but our gurus reckon a conventional plug gapped down a bit does the job just as nicely. Coil packs die young in these things, too, but here, the advice is not to use anything but a genuine Ford replacement part number.

Check all those diff bushes for play and make sure you check that the car has had at least the minimum routine servicing stipulated by Ford. In fact, what you want to see is a car that has had fresh oil and a filter every 10,000km, not the 15,000km in the handbook. Problem is, grandads tended to buy the Fairmont Ghia, not the XR6T, so the chances of buying a car from some kind of drift psycho are relatively high. Suss the seller before handing over the gold.

Worked XR6Ts would have to be amongst the best value-for-money propositions going around, at both the mild and wild ends of the modification spectrum. In a recent column Bob Kotmel delved into a recipe for an ex-wrecker FG G6E that has broken into the 10-second zone for under $10K – and that is the whole car, not just the mods! 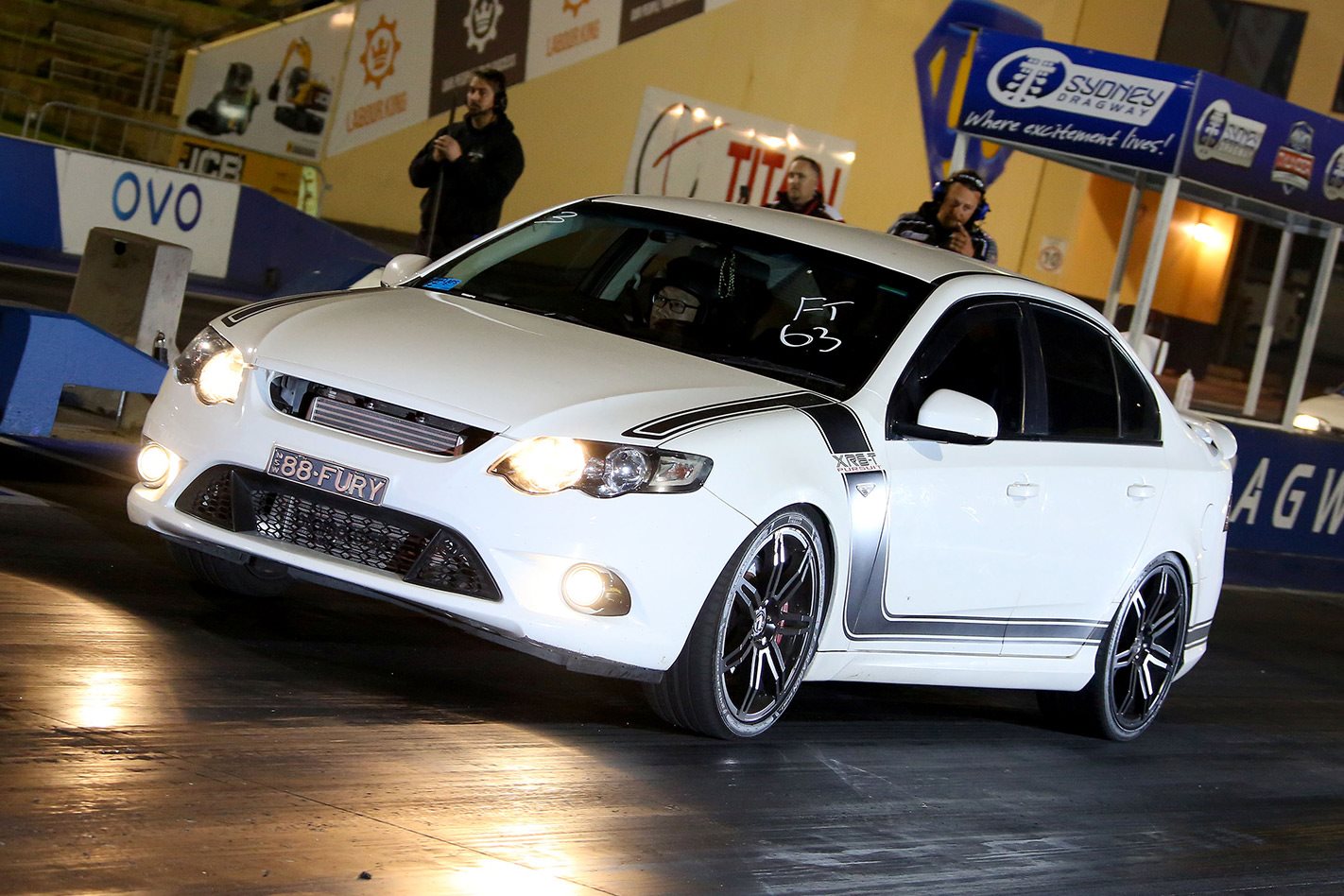 The standard internals can take quite a push and survive long-term with the right tune. We know of one car that makes 520kW at the rear tyres and has been copping a hiding for two years! And if the motor does go bang, a cheap replacement is as close as your nearest wreckers.

As ever, plenty of research is vital before you lay down your hard-earned, and careful servicing and mechanical sympathy are vital to long-term survival.