ONE part fiction and a massive part autobiographical, former Dukes of Hazzard star John Schneider’s Christmas Cars was a must-watch for a Dukes tragic like myself. Not that the 1980s TV show’s name is ever officially mentioned, mind you, but it doesn’t take a rocket scientist to make the connection. 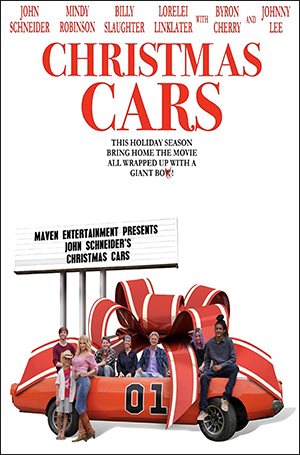 John plays Uncle Denver, an 80s sitcom star who has fallen on hard times in his hometown of Caution – yep, as in ‘Hazard’ – and is financially at breaking point. Damaging floodwaters and little in the way of income has put him behind on his mortgage payments, and the local bank manager, the Boss Hogg-like Jefferson (Martorell), is scheming to foreclose and line his own pockets.

With seemingly nothing left to lose, the part-time auto-shop teacher throws caution to the wind and asks quirky blonde fellow teacher Evelyn (Robinson) out on a movie date. The pair are cornered at the movies by two of their students, Danny (Linklater) and Mica (Evans), who are bemused that Denver is ‘trending’ on social media. It seems the 40th anniversary of Uncle Denver’s show has spawned plenty of nostalgia, so the foursome hatch a plan to turn this fresh internet interest into some property-saving cash. 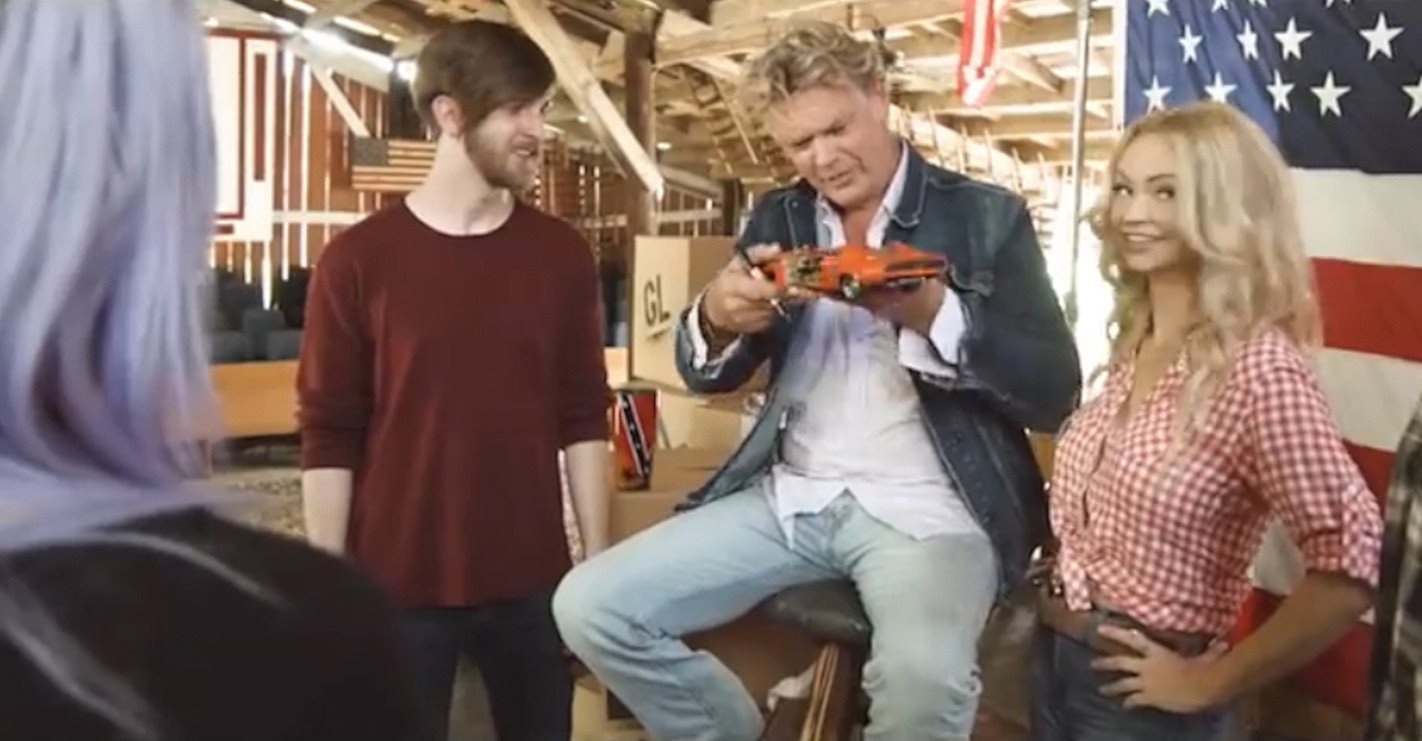 Denver negotiates a run of 5000 die-cast orange Chargers (a clear nod to Hazzard’s iconic General Lee) to be made by local toy company boss, Spike (Rock), and the mix of the new- and the old-school join forces to sign and deliver these cars before Christmas, only a few short days away. With help from fellow students Waylon (Pierce) and Dobro (Bernard), the Chargers sell like hotcakes, and it would seem that Denver’s financial troubles may be sorted.

That is until Jefferson gets wind of Denver’s good fortune and throws a spanner in the works by rallying against the use of the Confederate flag on the roof of the toy cars, playing up its racist connotations and modern-day perception as a symbol of hatred. Thankfully, just like on The Dukes of Hazzard back in the day, the good guys hatch a plan and Denver’s property is saved.

AS A massive Dukes fan, I badly wanted to love Christmas Cars, but the production values, sound quality and most of the acting are just plain terrible. The car stunts are mediocre to say the least, saturated with obvious ‘green screen’ special effects, while the replays of the same action sequences over and over along with the glaringly different interior trims and other details from shot to shot reminds one of Russell Coight’s All Aussie Adventures, only without the comedic intent. A score of 2 out of 5 is very generous – a point each for the real Dodge Charger and the occasional bit of genuinely funny dialogue.

Action:
Lame at best – a few lacklustre jump sequences and dirt-road pursuits are as good as it gets.

Plot:
A washed-up 1980s TV star cashes in on his fading stardom in a last-ditch effort to stave off foreclosure on his property.

Cool flick fact:
The Dodge Chargers used for the stunts in this film and at many of the Dukes reunion events are actually Ford Crown Victoria sedans rebodied with repro Charger body panels by stuntman James Smith.