EACH week, we scour the fringes of Facebook for the choicest tidbits up for sale or appreciation. Suggestions are welcome; please direct them via email or your social media of choice.

PRODUCED by Adelaide’s Creative Cars, theTA22 Toyota Celica-based Ferrari 308 GTB replica was originally dubbed the Ferrino, before legal action from the Italian sports car company forced a change to Cerino. This one survived to be advertised and sold on Facebook last week, described as a “good project, runs and drives, needs love”.

It certainly looked very complete and at under $5000, it was seriously tempting to some of us in the Street Machine office. One faction wanted to buy it just for the pleasure of destroying it, perhaps for an episode of Carnage. Others – including myself – have an appreciation for the wildest excesses of 1980s Australian culture and entertained thoughts of buying it, not only to preserve an odd piece of Australian motoring history, but also to take pleasure freaking out those with less tolerance for automotive creativity. 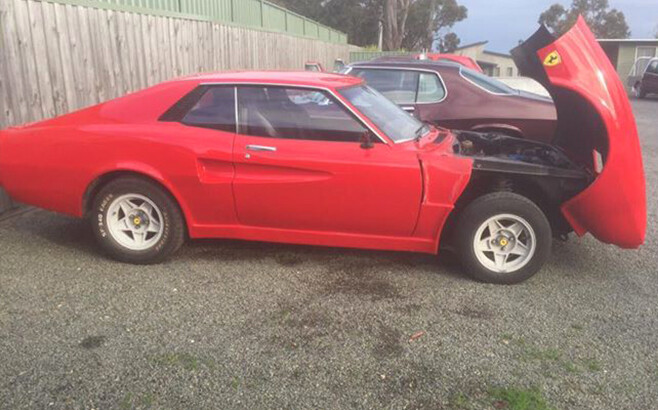 Fortunately, someone else took the plunge and we hope they get their cut-price Ferrari back on the road before long.

THERE was a time when the Datsun 120Y was one of the most reviled cars in existence, at least by those with petrol running in their veins. But 45 years after it first began to blight our streets, the 120Y has attracted something of a cult following, particularly as the base for outrageous sleepers. And lo, when Callum Scott’s newly acquired 120Y popped up on FB this week, it won applause rather than brickbats. From 50 feet away, you could be forgiven for thinking it was a rusty survivor of the kind often found on Queensland roads – thanks in part to that state’s lack of yearly roadworthy inspections – but closer inspection reveals a tell-tale hole cut in the bonnet for a dump pipe to exit skyward. Pop the bonnet and you’ll find nothing less than a Chrysler 265 Hemi six pepped up by an old-school draw-through turbo set-up. The big six is accompanied by a Torqueflite auto, BorgWarner diff, coil-overs and, thankfully, upgraded brakes. 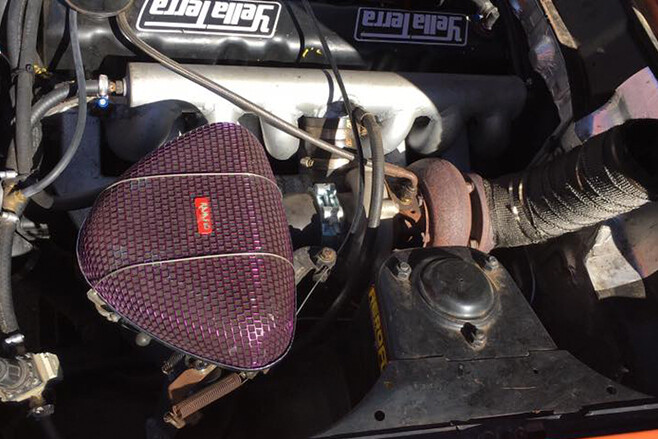 A mental toy, if only for mad shed skids.

ANYONE shopping for a reasonably priced project car at the moment may have noticed a trend for overly enthusiastic asking prices for chrome-bumper metal, no doubt kicked along by some big-dollar results at the top end of the muscle car market. Even so, there are bargains to be had out there – particularly if you aren’t afraid of something different. Take, for example, this EJ Holden station wagon, up for grabs on FB for $8000. Said to have been garaged since 1985, the wagon clearly needs some panel and paint work, but is a great example of a tough 70s or 80s-built streeter, with flared guards, containing fat rubber fitted to a set of Skoglund rims and XA GT-style bonnet vents. 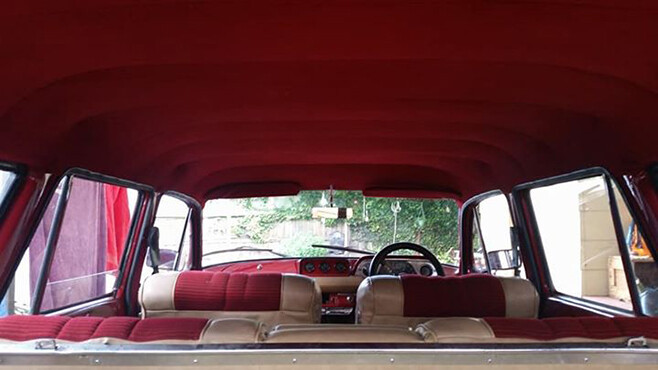 Trimmed in a mix of red velour and white vinyl, the EJ boasts the usual brace of accessory gauges, a sports tiller and floor shift – complete with the classic redback spider gearknob. 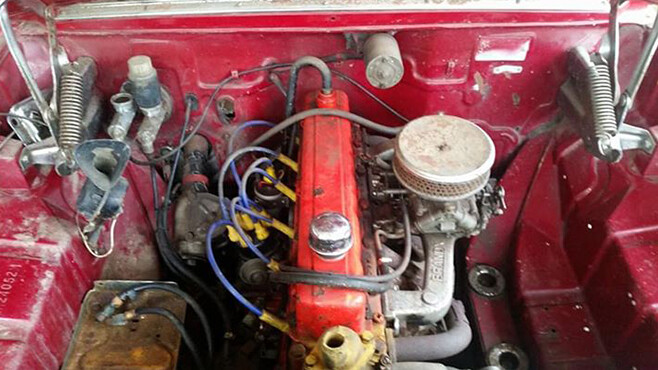 Under the bonnet is a 202 red motor, backed by a BorgWarner single-rail four-speed. Only a closer inspection will reveal if this wagon is indeed a bargain, but it would be great to see it back on the road, with its period mods inta