WE continue our tribute to the passing of the Australian Ford Falcon with a look at our favourite XA, XB and XCs that have appeared in Street Machine over the last 35 years. A major factor in cementing the GTHO’s reputation was the fact that the next in the line – the XA Phase IV – was snuffed out by government wowserism before it could reach the showroom. More grunt, better aero and a wider track would have equalled one hell of a car. As it was, just four sedans where made. In addition to the few Phase IVs that escaped the factory, a number of RPO83 XA GTs were made using left-over Phase IV bits. Laurie Gatt’s coupe (SM, Feb/Mar 1984) left the factory as an RPO83, but Laurie amped it up by further fettling the 351, fitting a set of Ansen Sprints and many other must-have mods of the era. The yanks stopped making Falcons in 1970, but thanks to George Miller’s Mad Max, the next generation of Aussie Falcon was immortalised forever as one of the most famous movie cars of all time. A genuine XB GT hardtop was fitted with an Arcadipane front, fake blower and more to create The Interceptor. The most famous Falcon drag car of all time is also one of the most enduring drag cars in Oz: Ben Gatt’s XA coupe. The car debuted in 1988 and became a legend of the Wild Bunch, the predecessor to today’s Top Doorslammers, and Ben continues to race it today. Gary Satara’s blown XC-fronted XA Falcon coupe OVAKIL (SM, December 1986) was one of the most famous Aussie street cars of its era. It was a significantly different build from most, with a blown 351 based on an ex-NASCAR block, Doug Nash five-speed and some serious smarts in the suspension and brake departments.  The engine now lives in Gary’s Jaguar XJS salt racer, while the coupe itself is safe in his garage. In the new world of late-80s street and show cars, Holden fans had the Webster brothers and the Ford boys had Howard Astill. Howard’s Rock Solid XA Falcon GT was originally featured in the July/Aug 1986 issue of Street Machine. It was featured again as Rock Solid II in SM, April/May ’89. That same year, the car scored four awards at Summernats #2, including Entrant’s Choice. The XB was then revamped as Rock III, nailing Top Judged and Top Street Machine Overall (the precursor to today’s Grand Champion)  at Summernats 4, 1991. George Anthony’s XB is another classic four-door XB and was bang on-trend for pro street cars at the time. We featured it in June 1988 issue, dubbed ‘Hot Property.’ Howard Astill amped things up several notches with his next car, an XA coupe dubbed Race Rock. It took out Grand Champion at Summernats 10 and was joint Street Machine Of The Year in 1995 with Darryl McBeth. Howard revamped the coupe as Die Hard in honour of a fallen mate for Summernats 13, where it won Top Judged Elite. Glenn Rogers not only won the burnout comp at Street Machine Summernats in 1989 in his 460-powered XC ute, but nailed the March 1989 cover of Street Machine too. 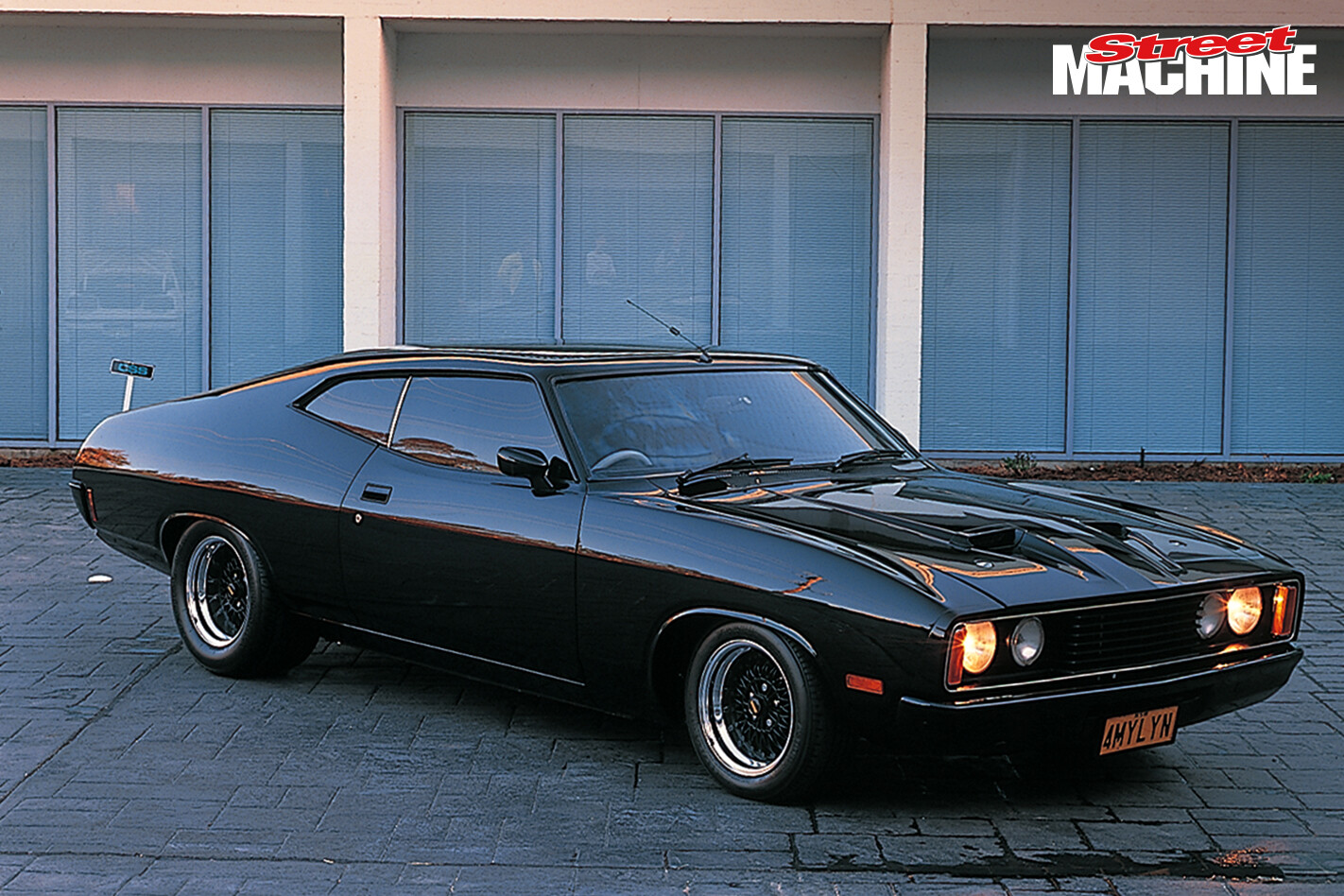 Bill Westwood’s 4MYLYN (SM, June 1991) is an XA coupe, that while being on the milder end of cars on this list, is very fondly remembered by Ford fans. Mods included an XC front, GXL dash and Simmons rims, but its major claim to fame was its super-straight panels and flawless paint. The car was later stolen and never recovered. Frank Piccolo was ahead of the curve, powering his XB GT with a blown and EFI-equipped Cleveland. Featured in SM, July 1992, it won Street Machine of the Year the same year. 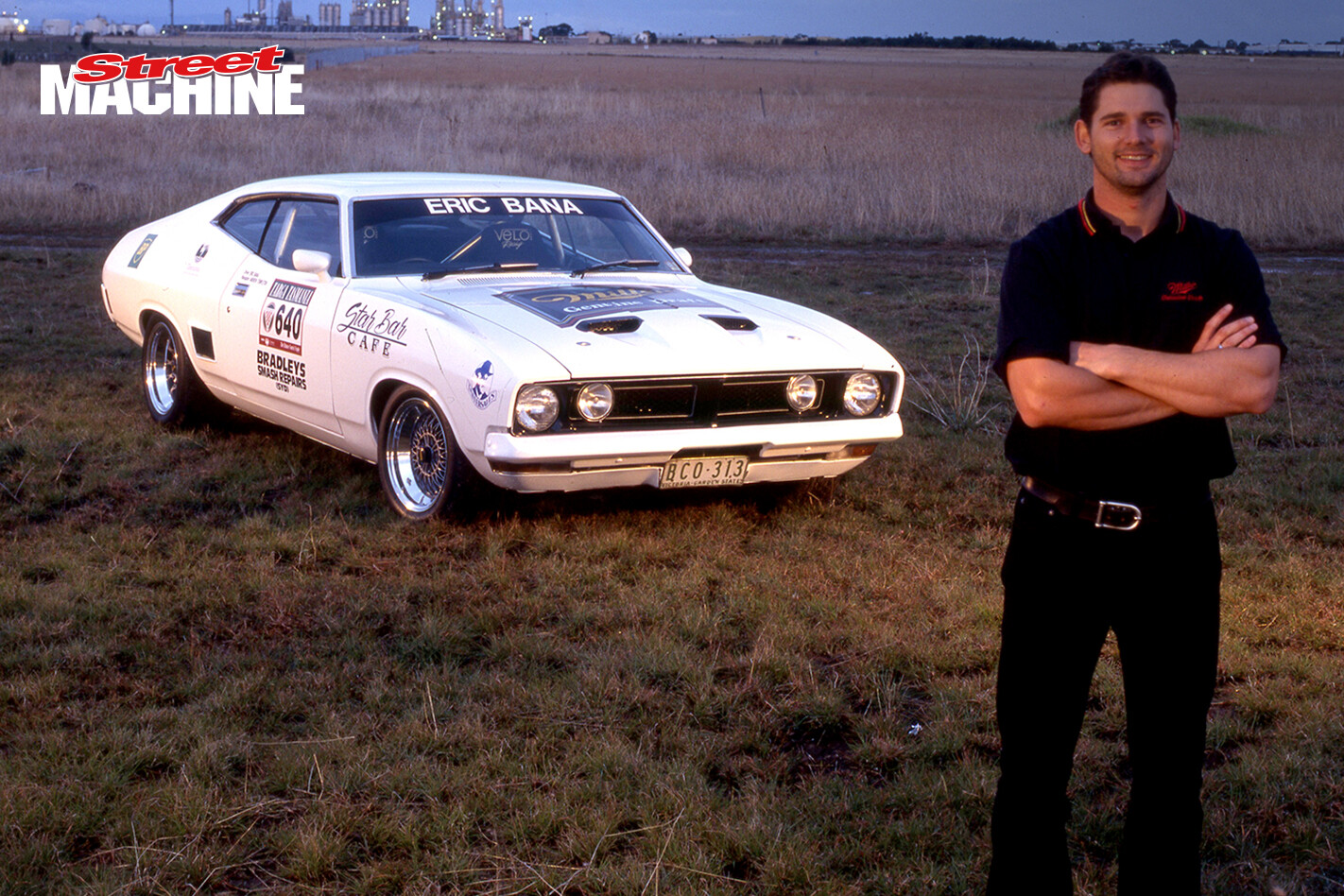 Actor Eric Bana bought his coupe at age 15, restored it twice himself, (as documented in SM, June 1996)  had it professionally done a third time and then binned it at Targa Tasmania 2007, as documented in the wonderful Love The Beast doco. Eric got back on the tools, and with some expert help had the beast up and running again in 2012. Rob Burtolacci’s XB coupe (SM, September 2003) is the car that put the word ‘street’ back into pro street. Powered by a nitrous big block, Rob routinely drove the car to and from Willowbank and ran eight-second passes to boot. While Gary Myers is synonymous with Ford Mustangs and supercharged engines, he has also had a go at Ford’s iconic Falcon XA coupe – and put a naturally aspirated engine in it for something different. It scored the cover of SM in June 2008. Mark Miocevich’s FATGT starred on the cover of SM in May 2004, with the headline Baby Got Back, and promptly became very hard to find in the newsagents. The XB boasts a pro touring-style driveline and a super-sanitary engine bay. The build may be almost 15 years old, but its improved-factory vibe is bang on-trend. LeBrese cars are all about stance, style and innovation, and Adam’s coupe had all three in spades. Originally built in silver, the car won a trip to SEMA on debut at MotorEx 2011. 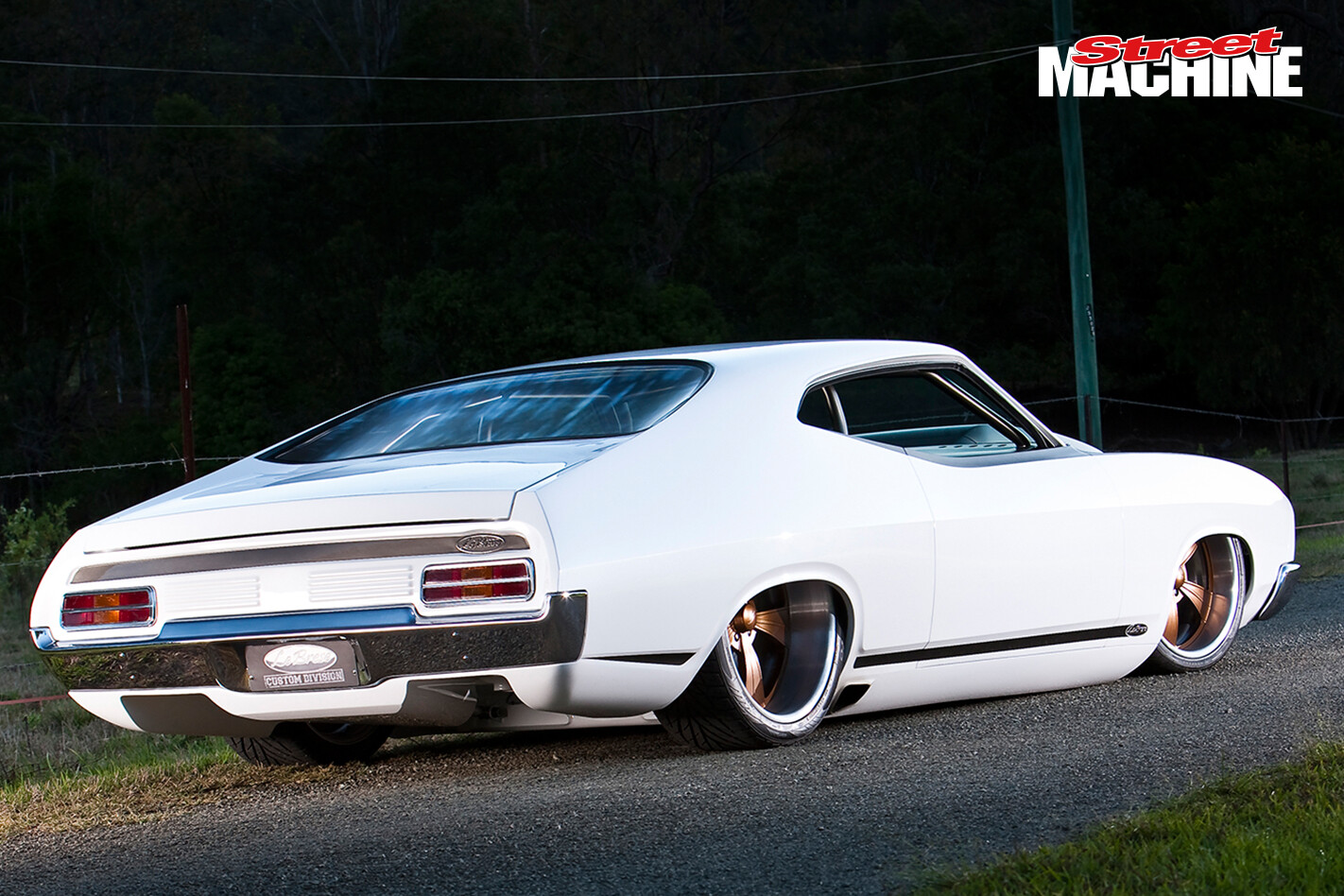 It was then rebuilt in white in 2012 and took out SMOTY the same year. 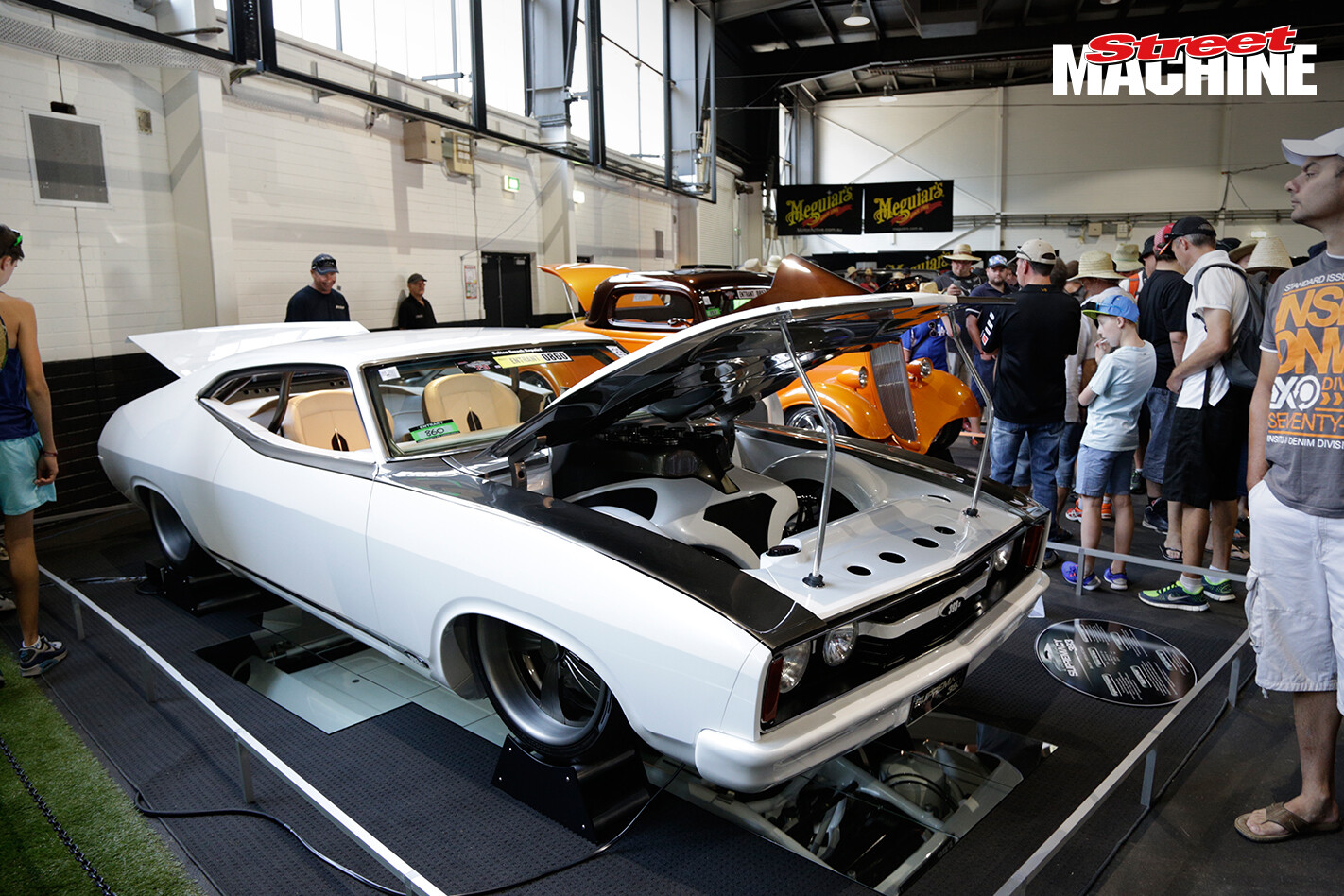 Adam’s coupe was then sold to Robert Gallo and was given a revamp by Drago Ostric. In this form, it nabbed a spot in the Elite Top Ten at Summernats 29 and seven other trophies. Now, the car is in the hands of Chris Palazzo. Will we see the car given a colour change to Chris’s signature black? It would look pretty rad! Steve Edsall’s SKIDUTE was one of the new breed of super-impactive burnout cars and was all the cooler for being a Ford! It scored the cover of SM, July 2011. After selling the ute, Steve jumped camps to Holden with his ROUGE VE Commodore. Boo! Brock Mahoney’s INENVY XC coupe has been in the family since new, but Brock gave it a new lease on life with the assistance of the lads at Rides by Kam. It starred on the cover of the September 2014 mag and was a SMOTY contender that same year. Chris Bitmead’s XBOSS is one of the most ambitious street machine’s ever built in this country, designed specifically to make the Great 8 at the Detroit Autorama. The boys did it too, coming oh-so-close to winning the esteemed Ridler Award as well. Ok, that is 25 cars, but let’s throw in one as a bonus – Peter Grmusa’s EVILXA ute – just to really upset the restorers.