In part two of our LS family tree, we look at the Gen IV-series starting with the LS2

IN 2005, after eight years, the Gen III made way for the heavily revised, four-inch bore Gen IV-series small-block, again being unveiled in the new sixth-generation Corvette (C6).

Rather than radically re-engineering the platform all over again, Chevrolet evolved the basic architecture to push the displacement as far out as 7011cc (427ci), while also including new technology like fly-by-wire throttles, displacement on demand and variable valve timing. 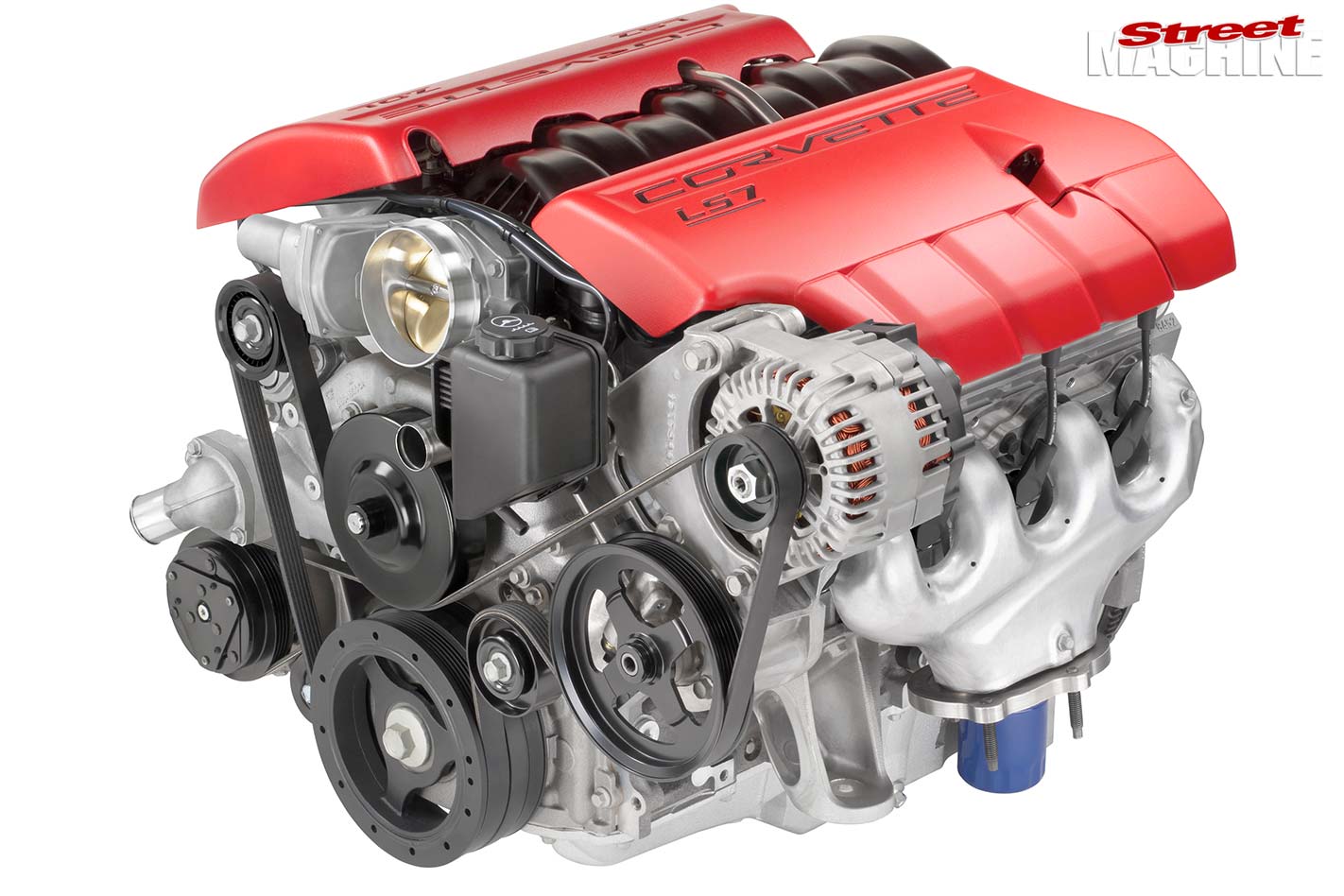 The Gen IV has been one of the most horsepower-rich engine line-ups in GM’s history, featuring race-ready powerplants such as the dry-sumped, 505hp 427-cube LS7 and the king-of-the-hill 638hp (476kW) supercharged 6.2L LS9. 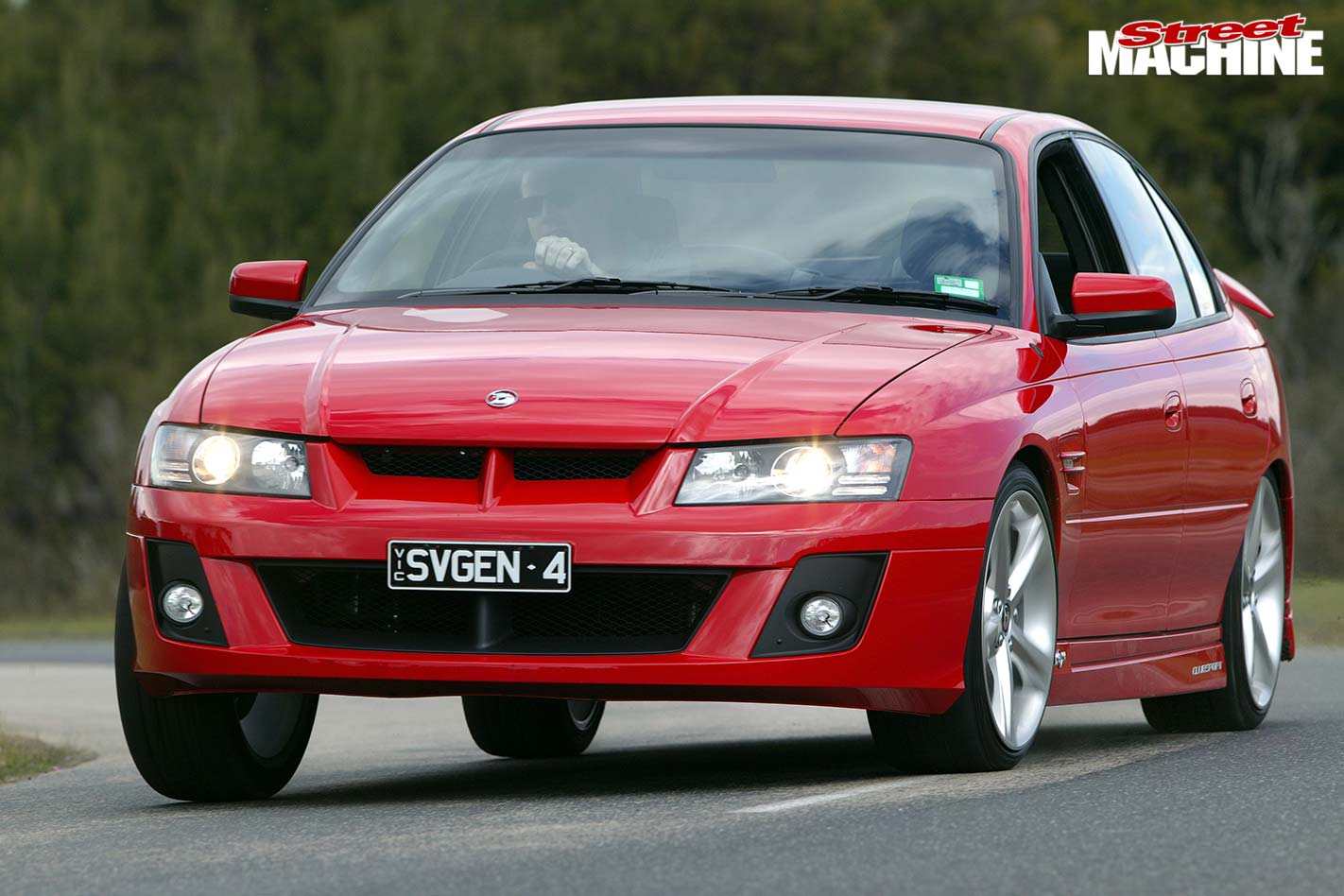 The 2006-2007 Cadillac CTS-V and 2006-2009 Chevrolet Trailblazer SS also got the engine, which was upgraded by using rectangular-port cylinder heads in place of the more restrictive cathedral-port heads.

Values for LS2s have dropped since the introduction of the LS3. 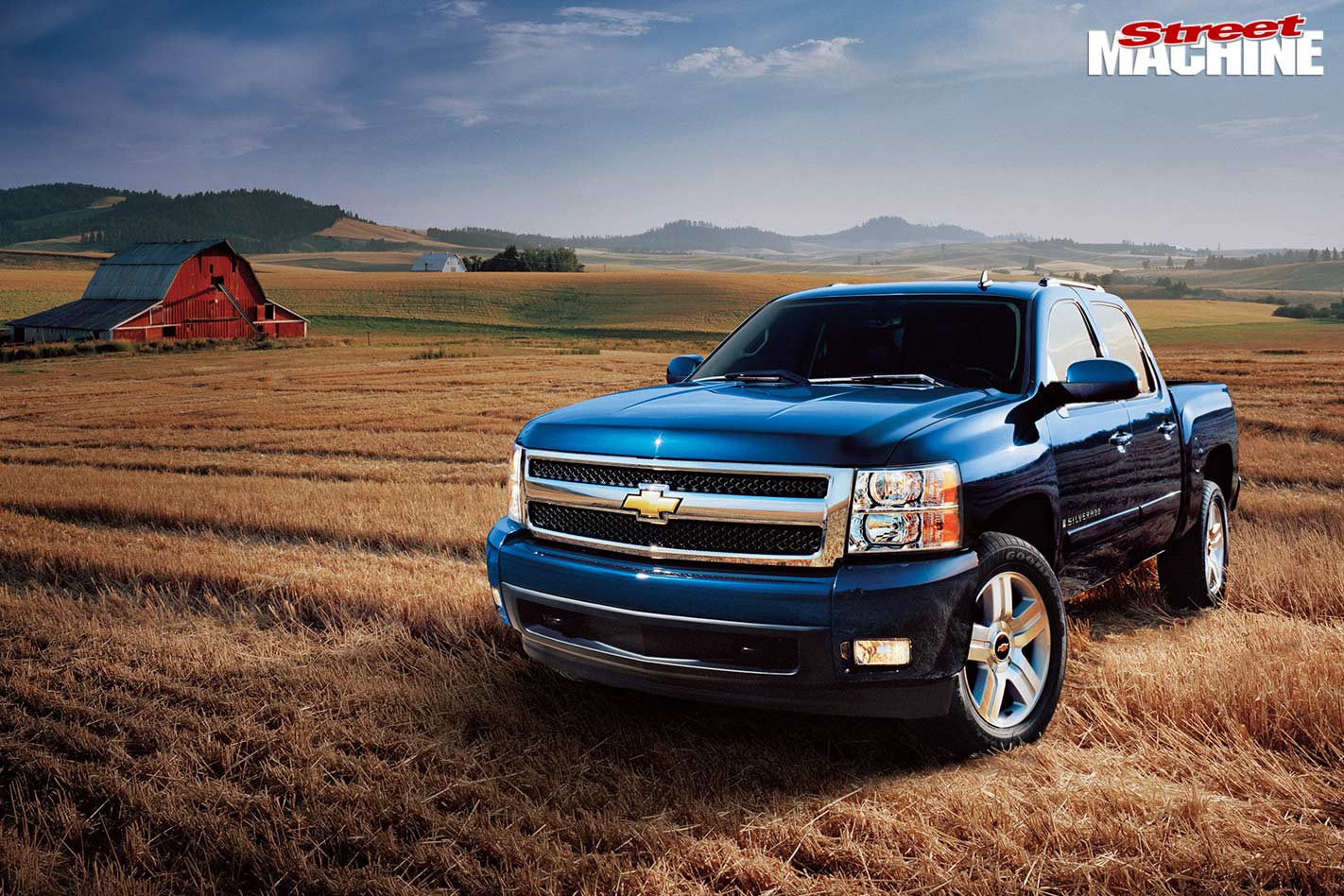 The LMG is the flexible fuel variant of the otherwise identical LY5. LMG and LY5 engines are found in 2007-on Avalanches and half-tonne Suburbans, among other Chev and GMC models.

After 2010 these engines both scored variable valve timing, though the LMG does not feature AFM.

L98 versions were fitted to VE Series I (and VZ SS Thunder) Holdens equipped with manuals. While the American-market engines scored Displacement On Demand (DOD) technology, it was disabled for Aussie motors, though we did get Active Fuel Management (AFM) on cars with 6L80 automatic gearboxes. 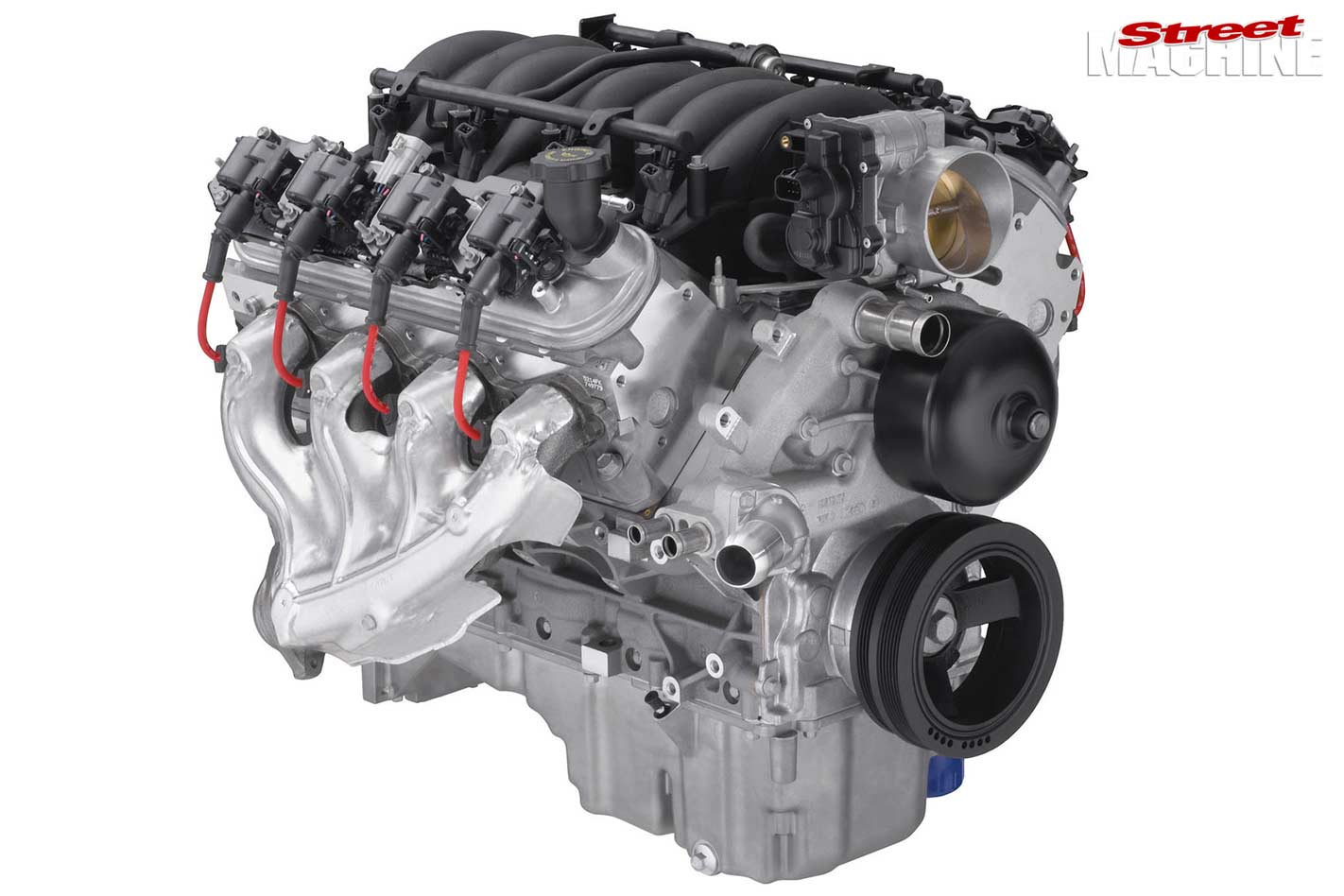 Removing the DOD and AFM from the L76 changed the camshaft, lifters and other minor fittings in the L98’s top end. The square-port cylinder heads flow far better than earlier cathedral-port heads, but this change in design means intake manifolds and most top-end parts don’t interchange between earlier LS engines and the L98/L76.

The introduction of L98 and L76 engines signalled the end of cable throttles for Aussie GM V8s.

Found in 2007-2009 Silverados and Sierras, it made 274kW and featured AFM and variable cam phasing.

The L77 debuted in the Series II VE Commodores for both automatic and manual transmission choices. The L77 is the flex-fuel variant of the L76 and produces 270kW.

Want a high-flowing, lightweight 6.0-litre on a budget? Gran an L98. Once a budget pick, word has gotten out about these impressive motors and you'll be paying between $3000* and $6000* for second-hand or crate engines. (*prices quoted as at 2014) 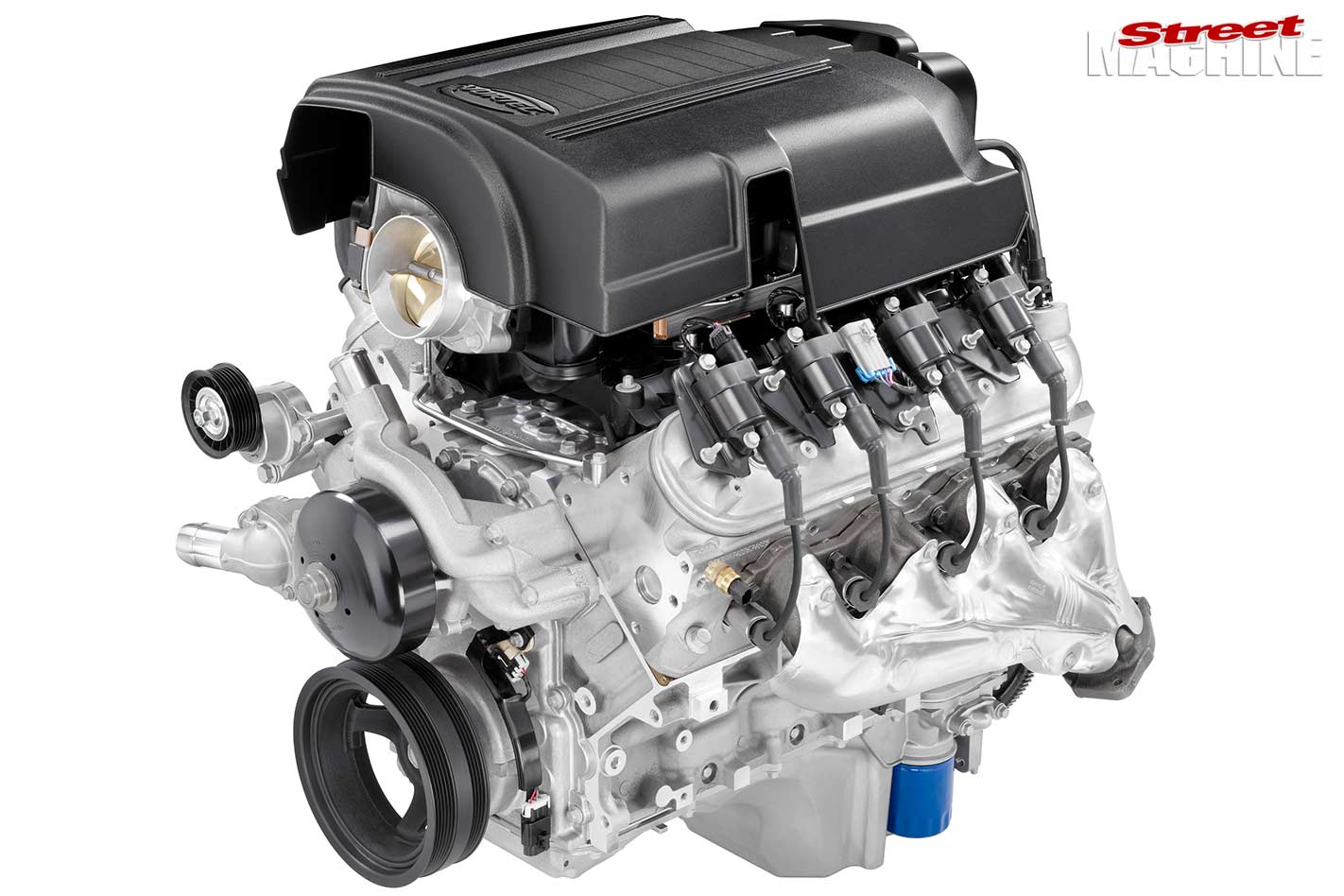 The 4.8L Vortec 4800 LY2, first launched in 2007 GMC and Chevy trucks, replaced the Gen III LR4 and is the smallest member of the Gen IV family. The iron-block V8 is also the only Gen IV truck and SUV motor to not feature variable valve timing. It makes between 260-295hp (194-220kW) depending on application. 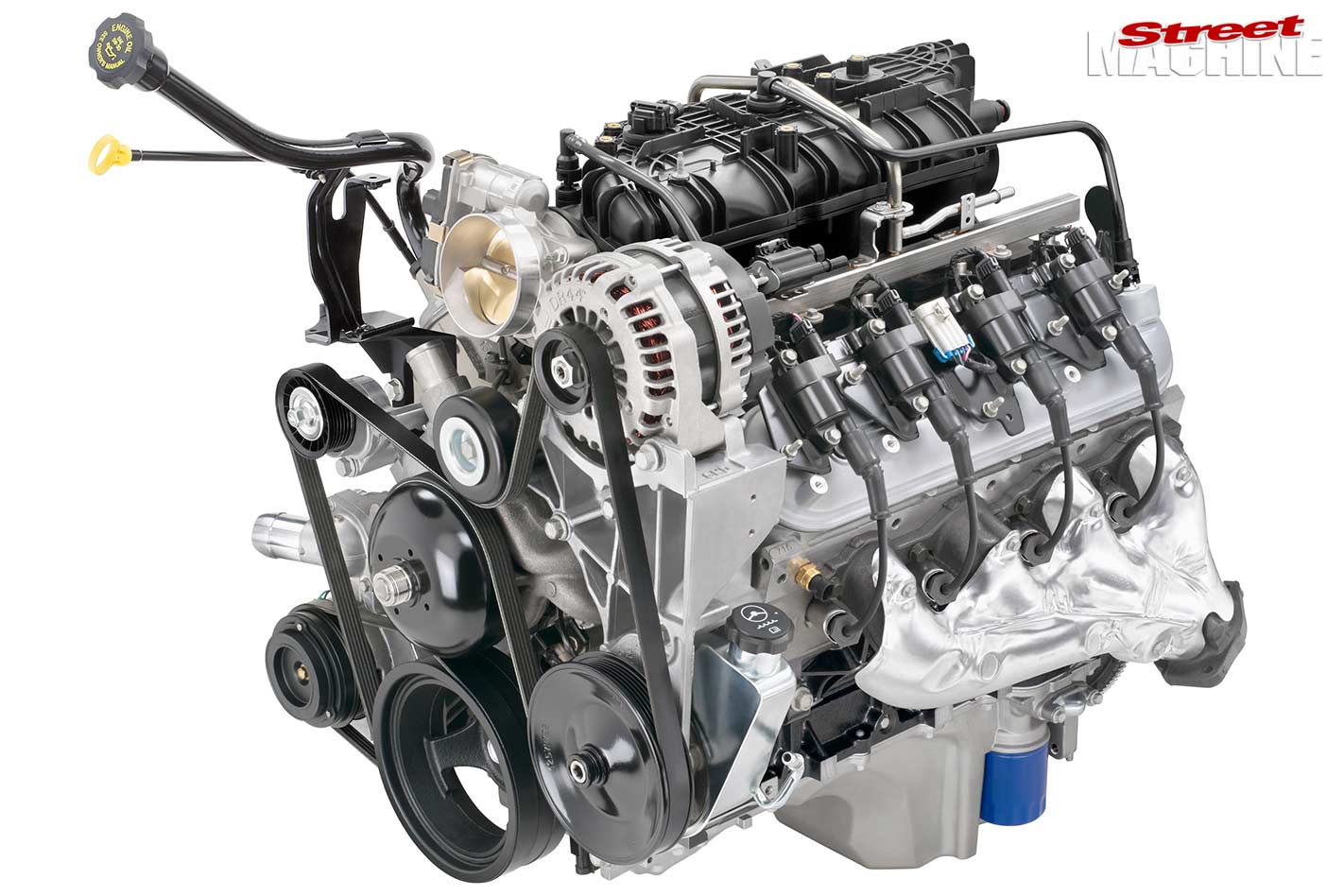 The LH6 is a Gen IV Vortec 5300 5.3L V8 truck/SUV motor with AFM technology and is the aluminium variant of the LY5.

Variable valve timing has also been added to the LH6 and LC9 post-2010.

Note: These engines come with a rear-hump sump, making them excellent prospects for conversion into old Holdens.

The LS4 is a 5328cc (325ci) transverse front-wheel-drive fitment Gen IV V8. Construction is all-aluminium, it has AFM and features #243 cylinder heads as found on the LS6; however there are significant changes over rear-drive engines. 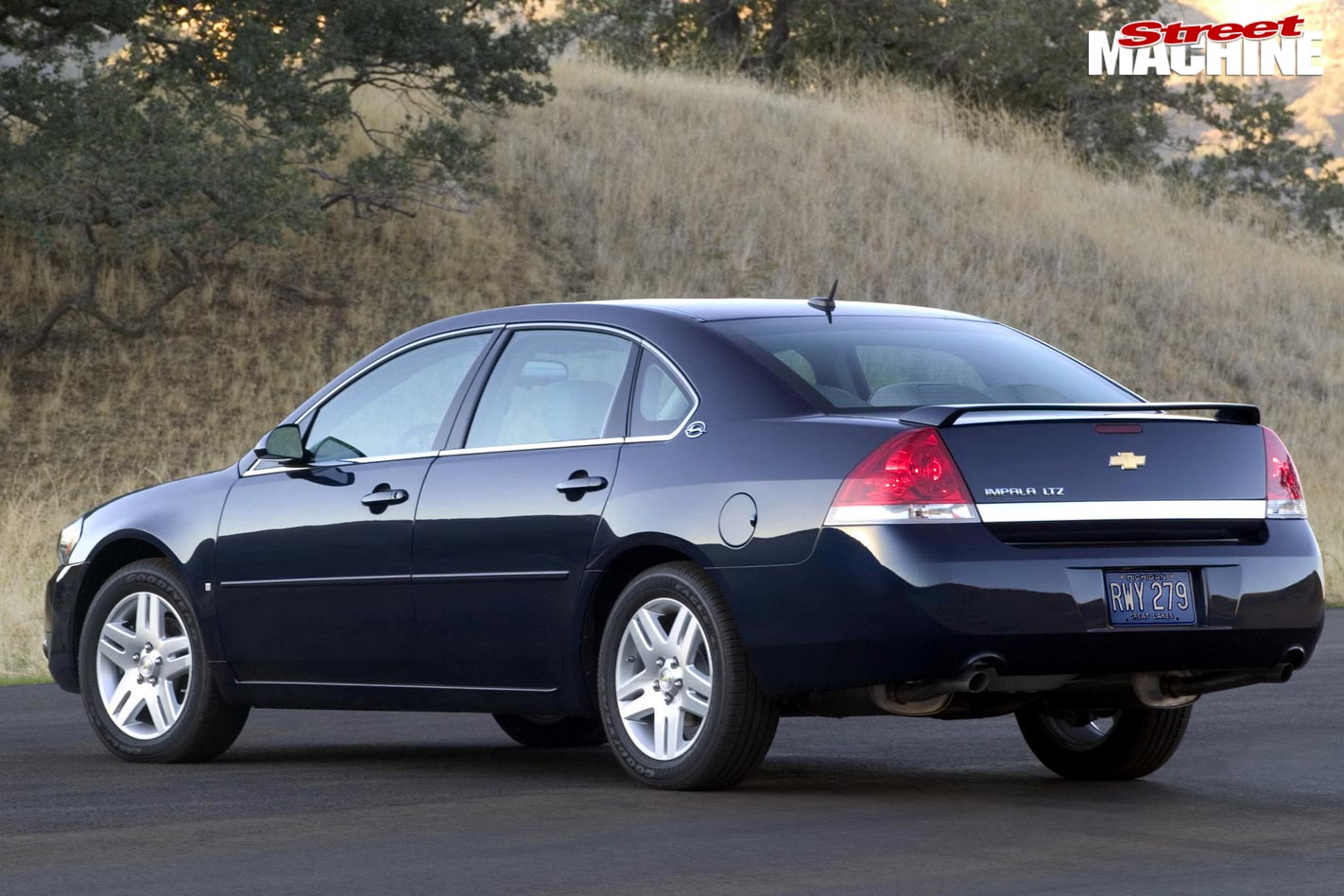 The bellhousing bolt pattern differs and the LS4 crankshaft is shortened 13mm (3mm at the flywheel and 10mm off the front) compared to a 6.0L. Accessories are driven off a single serpentine belt and the water pump is remote-mounted on an elongated manifold that connects it to coolant passages.

ENGINE SWAPPING - THE DEVIL IS IN THE DETAIL

With 30 engines across 17 years, there are dozens of seemingly minor variances that can easily catch an unwary engine-swapper out. Here are a few things to consider when shopping for an engine.

There are three main types of sump used on LS motors – rear-hump, front-hump and winged. Gen III-equipped Commodores generally run the front-hump unit, while the VE onwards runs a rear-hump sump. Corvettes tend to use a winged design. Check out page 120 for more sump info. 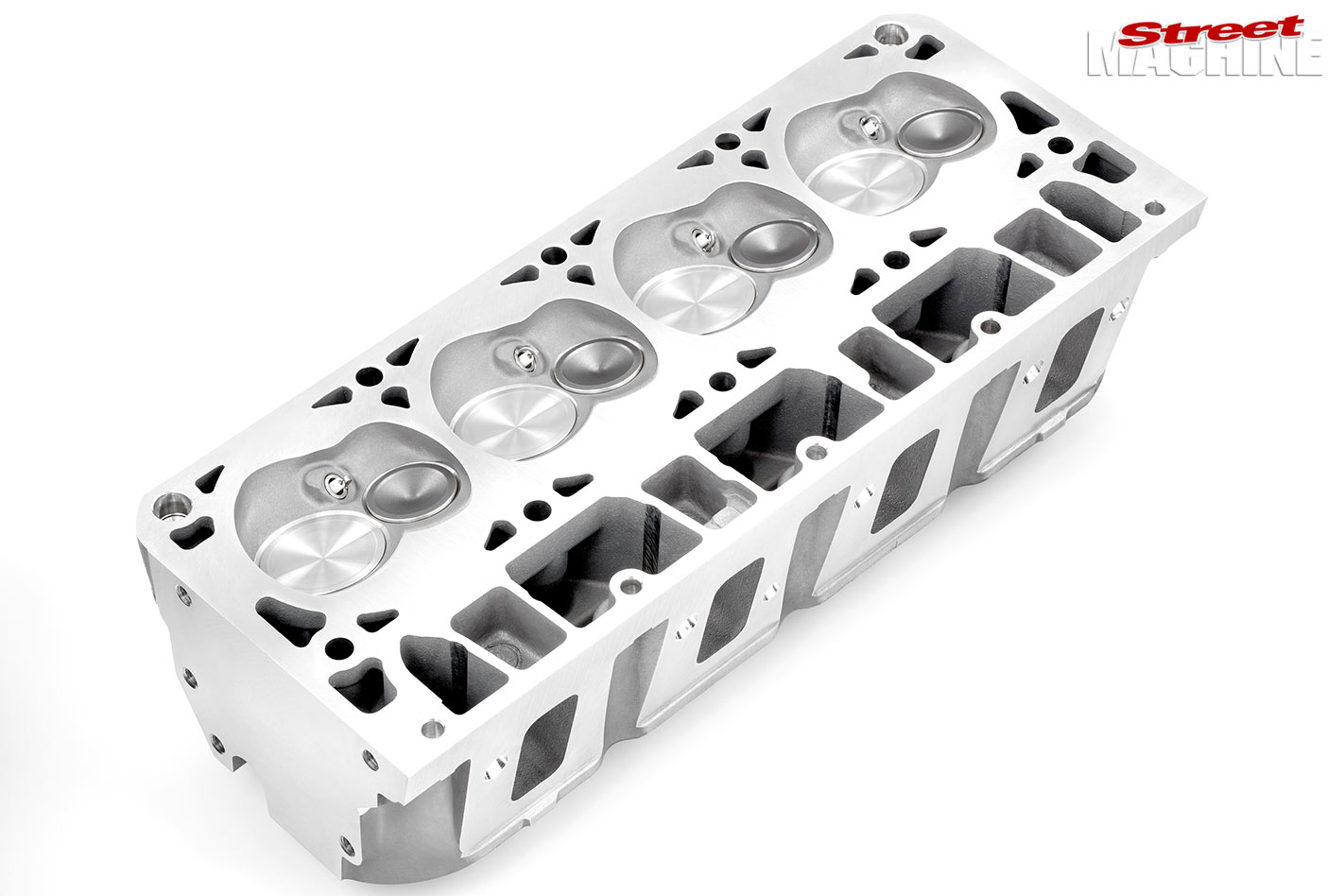 While all LS engines run top-feed fuel injectors, there are a few minor differences you need to be aware of when swapping across generations and models.

Early Gen III LS1/LS6s and truck motors were fitted with a Minitimer connector on the injector, while the LS2 changed to a USCAR wiring clip.

For the Gen IV a physically shorter top-feed injector was used, but with the same USCAR clip. Flow rates for injectors changed depending on the motor specification; anywhere from 24lb/hr (252cc/min) to 70lb/hr (735cc/min).

The awesome 320cfm Gen IV rectangular-port heads are only a direct fit on 4.00in-and-larger-bore blocks. There are plenty of aftermarket cylinder heads to fit smaller-bore motors, though.

Similarly, as mentioned above, the Gen IV and Gen III crank sensors use a different reluctor and trigger wheel set-up (24-tooth for Gen III, 58-tooth for Gen IV).

Finally, in 2004 GM changed from using two different cylinder-head bolt sizes to one uniform size, placing the threads deeper into the block.

In 2006, muscle-car fans and Chev-heads lost their collective marbles when the 427 reappeared in the GM parts catalogue. The 7008cc Gen IV LS motor is a hand-built, all-aluminium engine, but very different to other engines in the line-up. 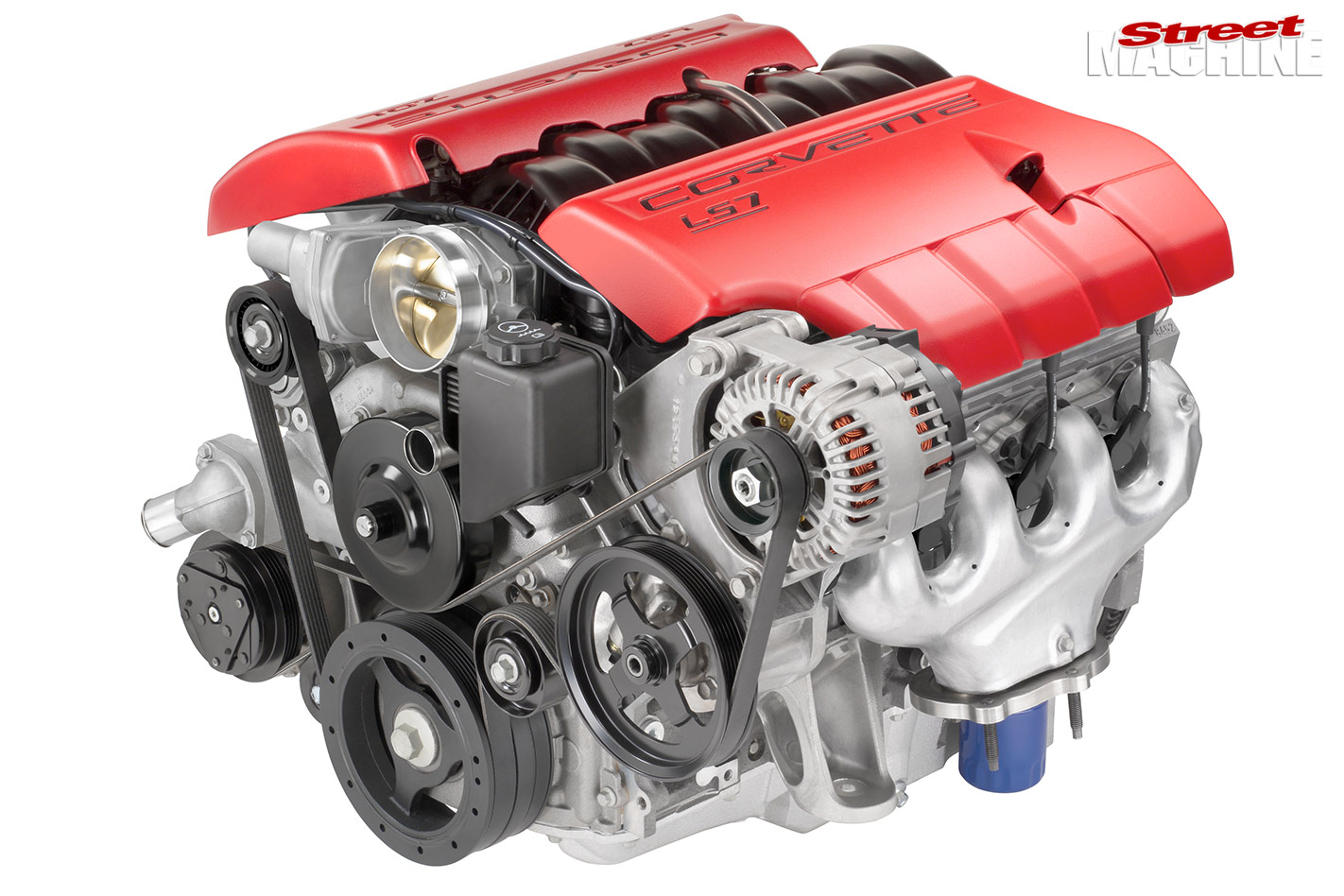 The cylinders are a Siamese layout, with no water passages in between, so Chevy could punch the cubes out while retaining strength.

The LS7 runs a wild 4.125in bore and 4.00in stroke, while the LS2’s 4.4in bore-spacing is retained. This required pressed-in cylinder sleeves to retain strength.

The forged steel crank and bearing caps, forged titanium conrods and hypereutectic pistons all mean the high-revving NA motor will hang together at high rpm. The LS7 can reach these high revs thanks to gigantic 2.20in (56mm) Del West titanium intake valves and huge 1.61in (41mm) sodium-filled exhaust valves, while the rocker ratio has been increased to 1.8:1 from the LS3’s 1.7:1. 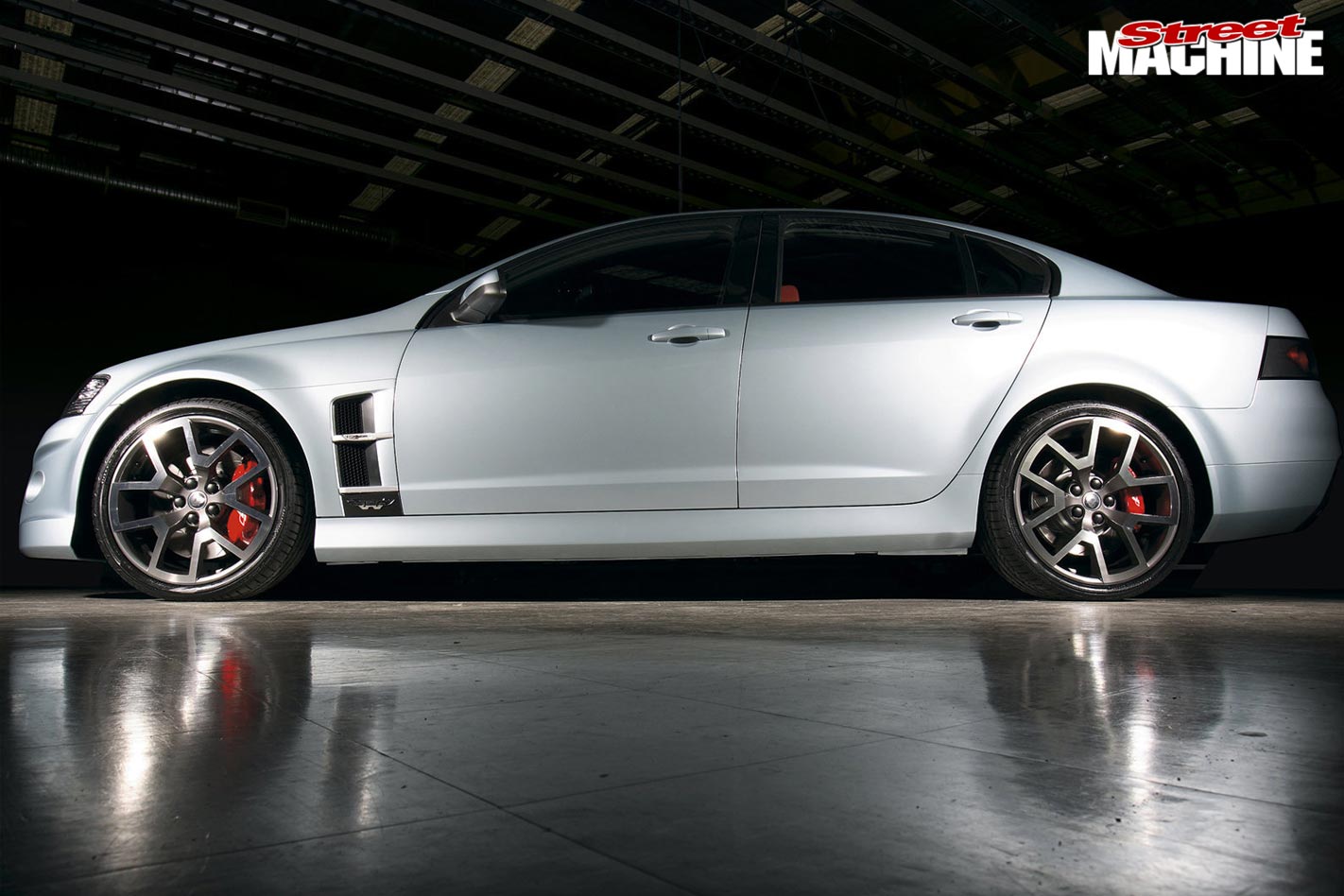 Power is officially rated at 505hp (377kW), though some claim crate motors will easily spin to over 550hp on engine dynos, while GM testing reputedly saw them pull to 8000rpm. 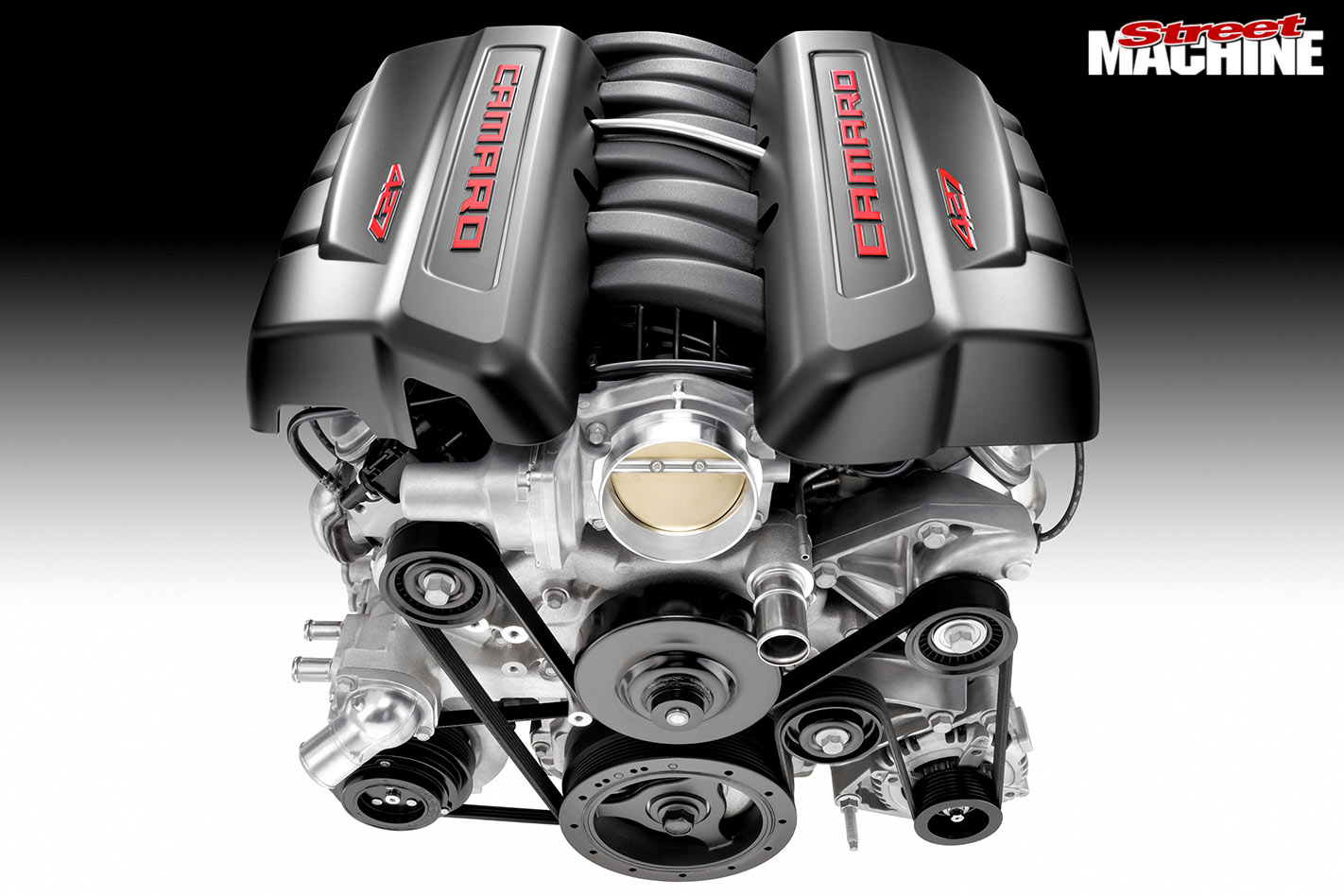 Tuners have found big gains from fitting an angrier cam, tune and higher-flowing injectors to LS7s, with up to 30 per cent more power available.

Based on the LS3, the supercharged LS9 is the most powerful engine ever offered by GM in a regular production model. The 6162cc (376ci) block is the same as the LS3, as the LS7’s 7.0L (427ci) block was deemed too fragile to withstand the cylinder pressure of forced induction. 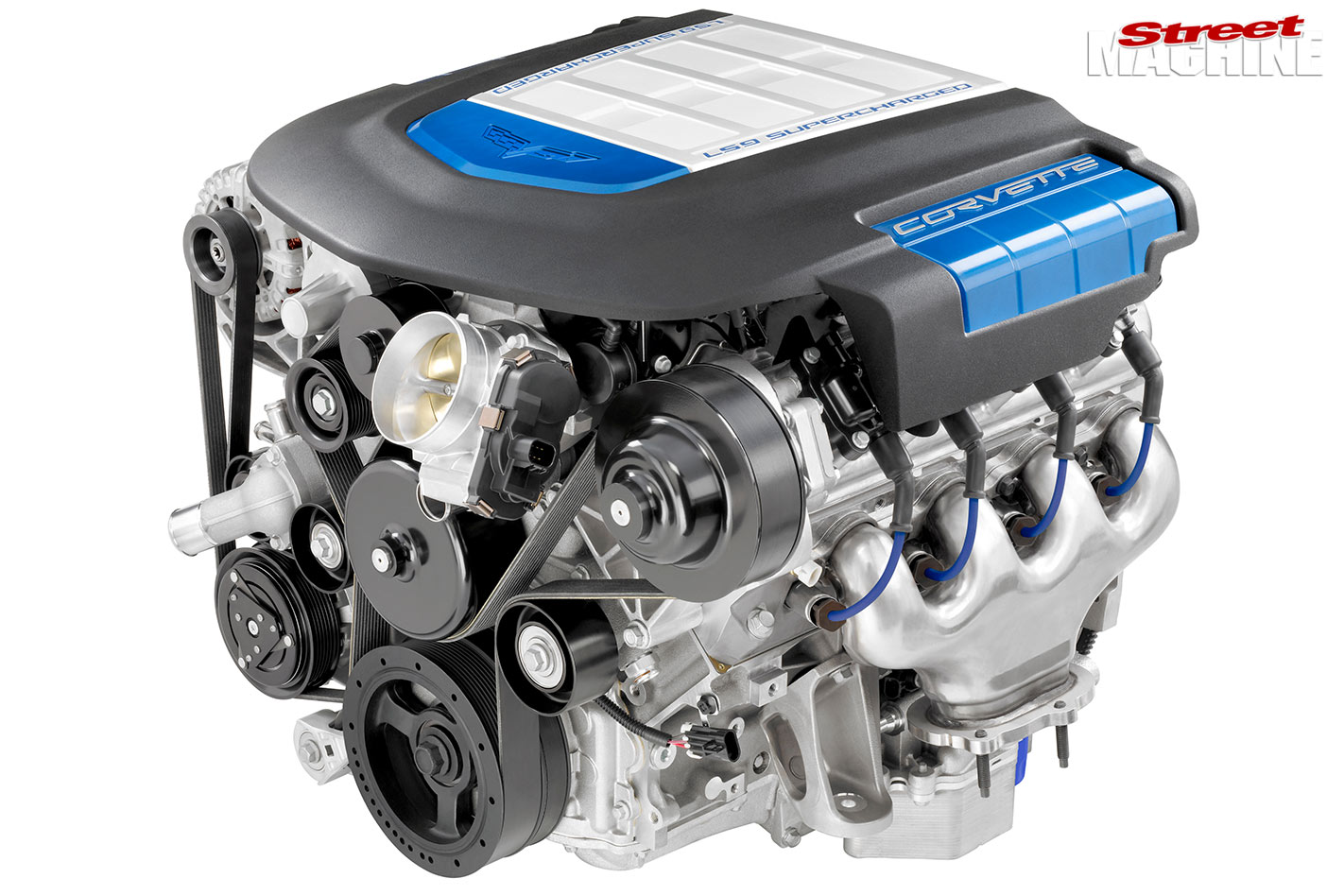 Equipped with dished hypereutectic 9.1:1-compression pistons and high-strength conrods, the centrepiece of the engine is the Eaton four-lobe HTV2300 (2.3L) supercharger. 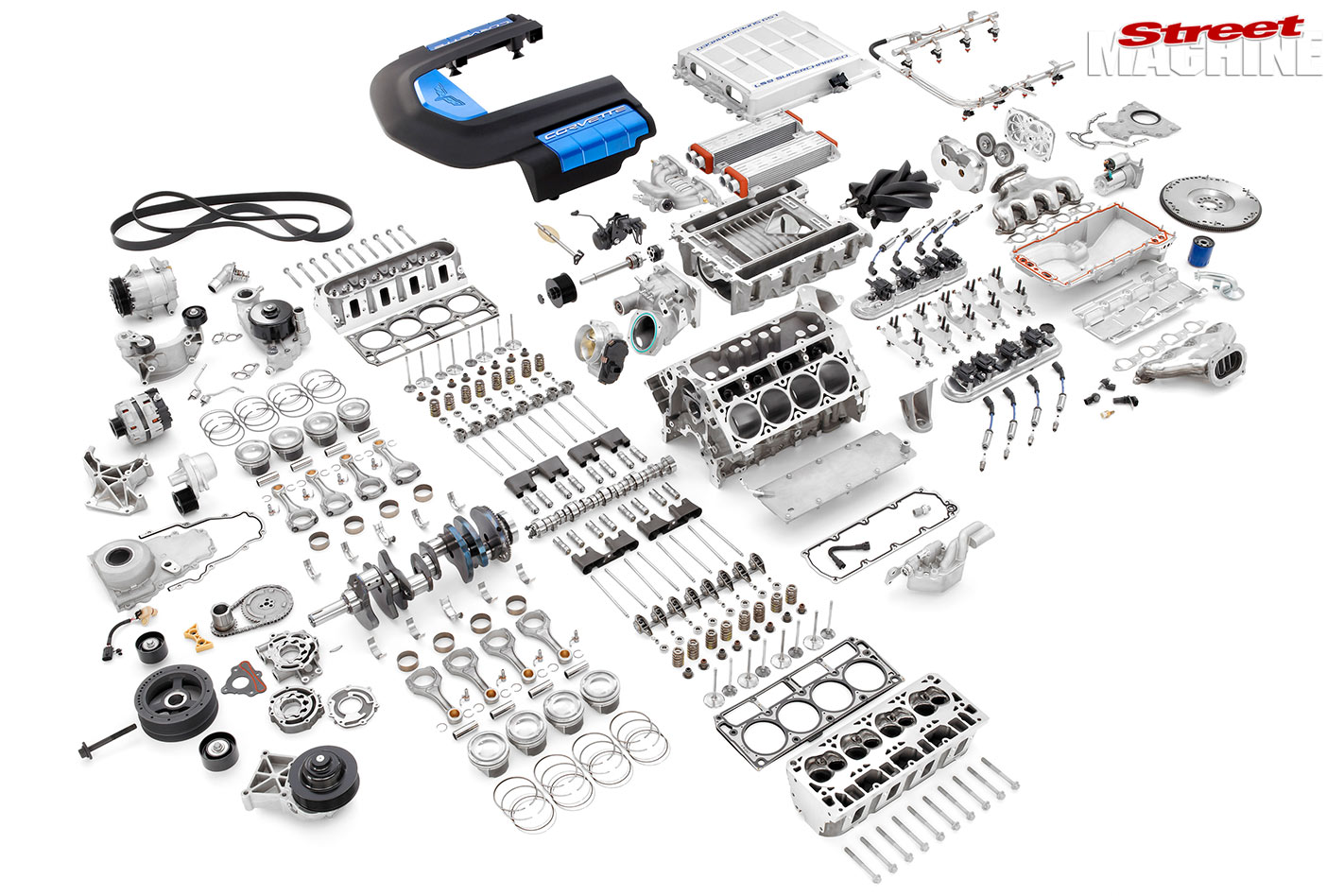 One issue when swapping LS9 and LSA motors into other cars is the extra height the supercharger adds to the engine. HSV had to lower the front subframe of the F-Gen GTS to fit the LSA in under the bonnet line.

In 2007 the LS2 was replaced by a new 4.06in-bore family, including the 6.2L LS3. They feature variable valve timing and AFM, as well as higher power outputs across the range.

The 2008 Corvette introduced a new entry-level engine that would go on to power most of the factory high-performance GM cars through to today: the LS3. 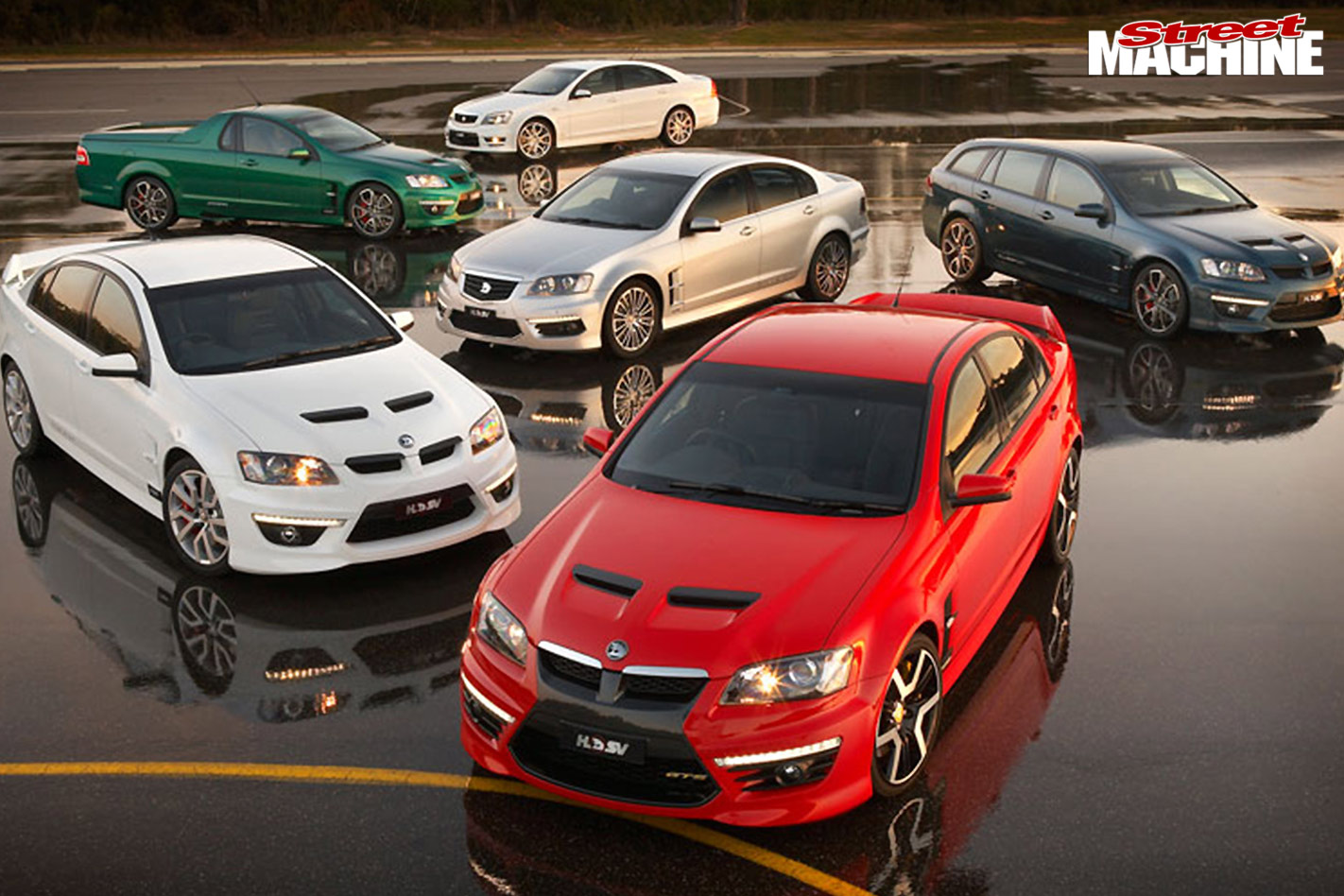 Cylinder heads are rectangular-port castings as found on the L92/L76/L98, with 6mm offset intake rocker arms, 2.165in (55mm) intake valves and 1.59in (40mm) exhaust valves, though the LS3 also scored hollow stem valves that allows it to rev to 6600rpm compared to 6000rpm in the L76. It’s topped off with a higher-flow intake manifold and the same 47lb/hr (493cc/min) injectors from the LS7. 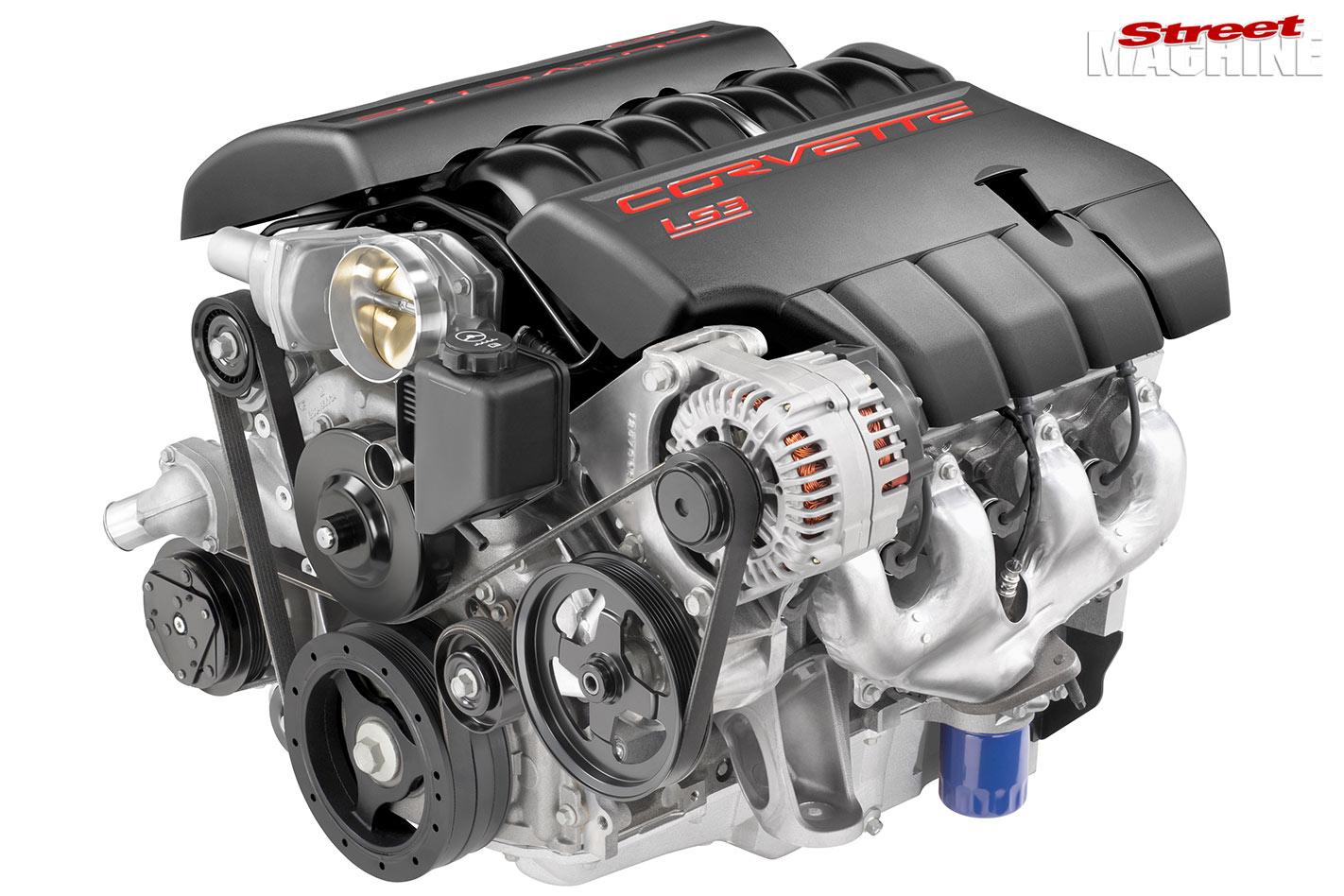 Arguably the perfect mix of out-of-the-box performance with cost and ease of fitment, the LS3 is fast becoming the number-one choice for pro-tourer builds. 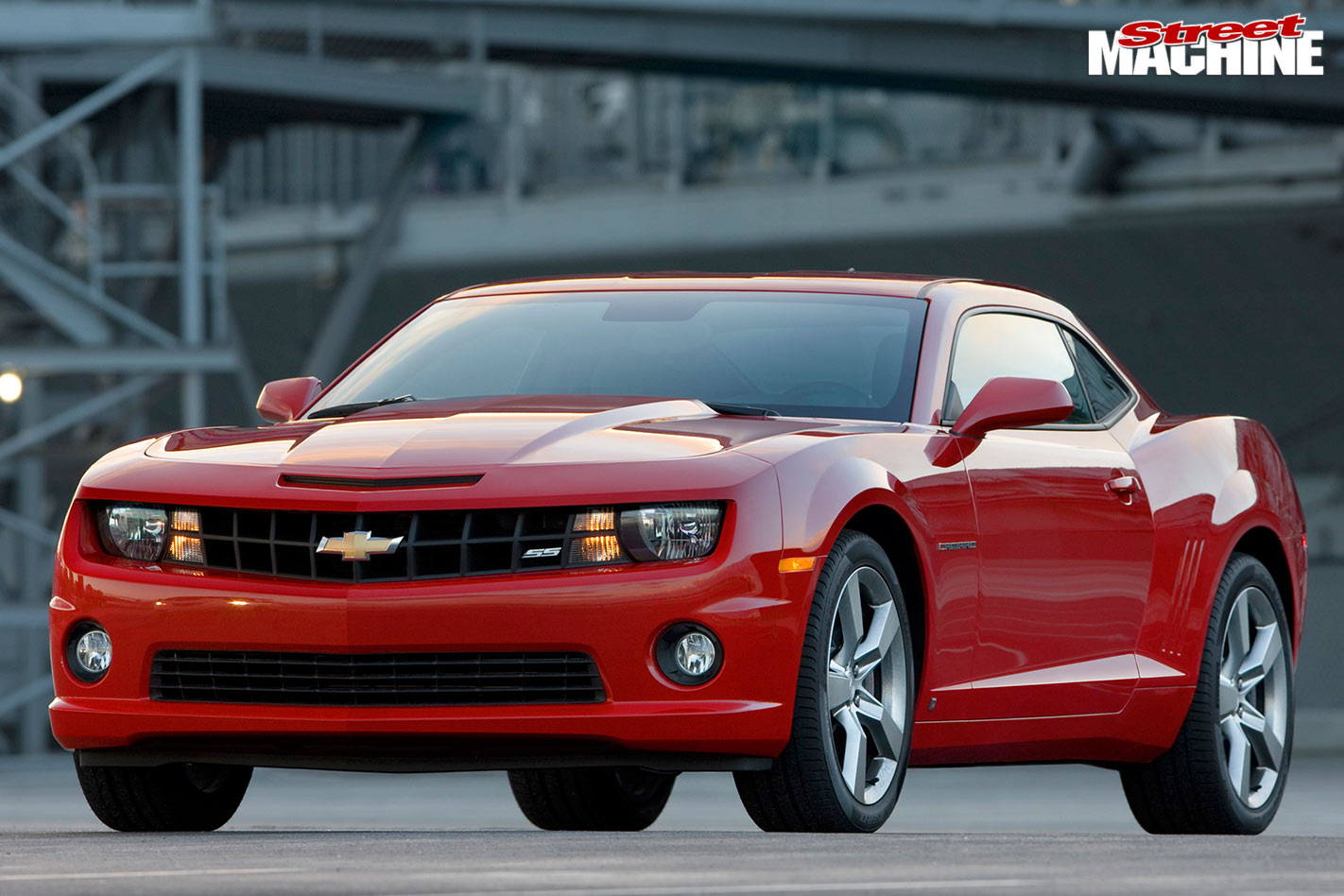 A lower-performance variant of the LS3, the L99 is fitted with AFM and variable valve timing, as found in the Camaro SS. It produces 400hp (300kW), redlines to 6000rpm (not 6600rpm like the LS3) and features a different valvetrain to suit the AFM variable displacement. 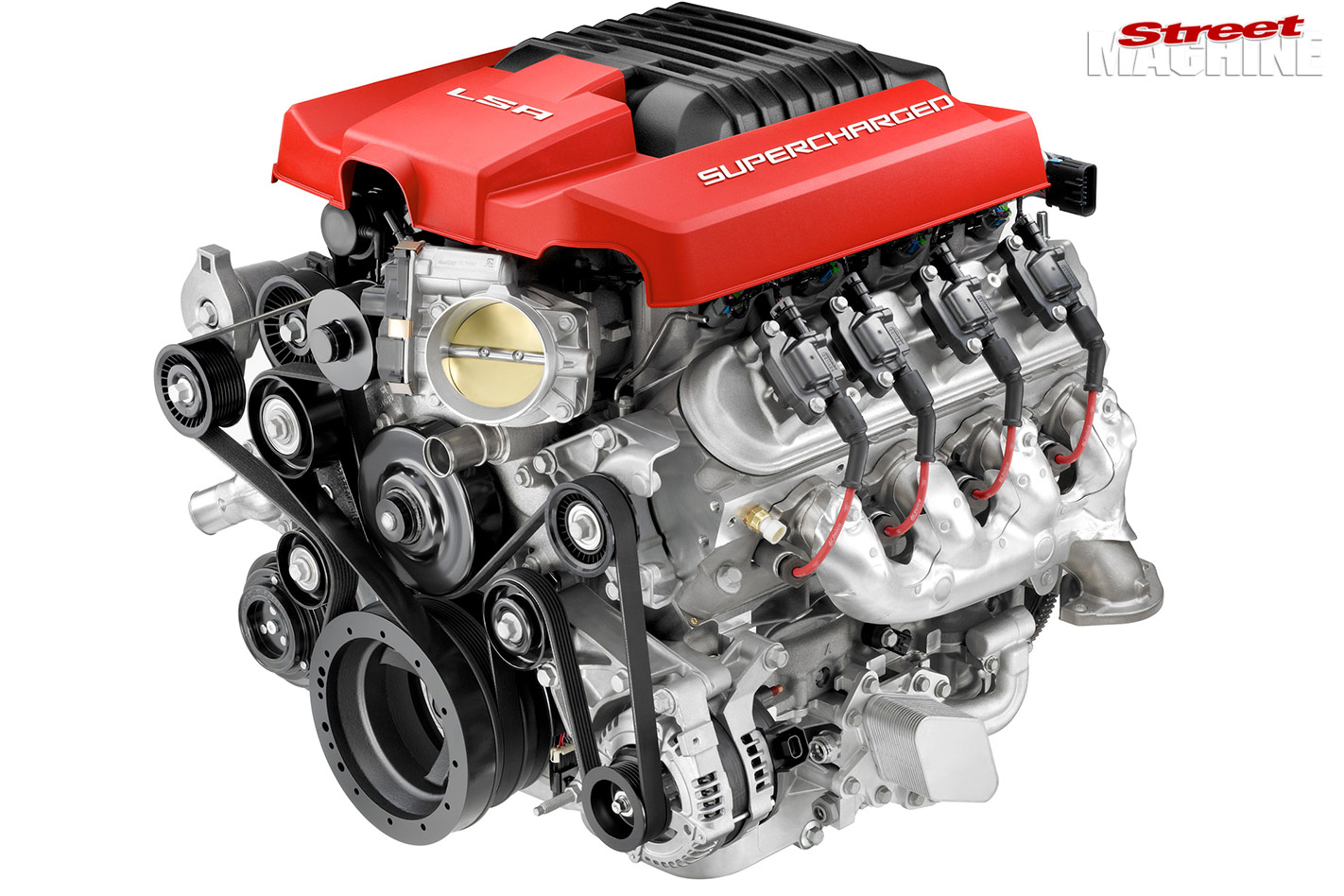 The supercharged 6.2L LSA is a lower-performance variant of the LS9 and debuted in the second-generation Cadillac CTS-V (2009). 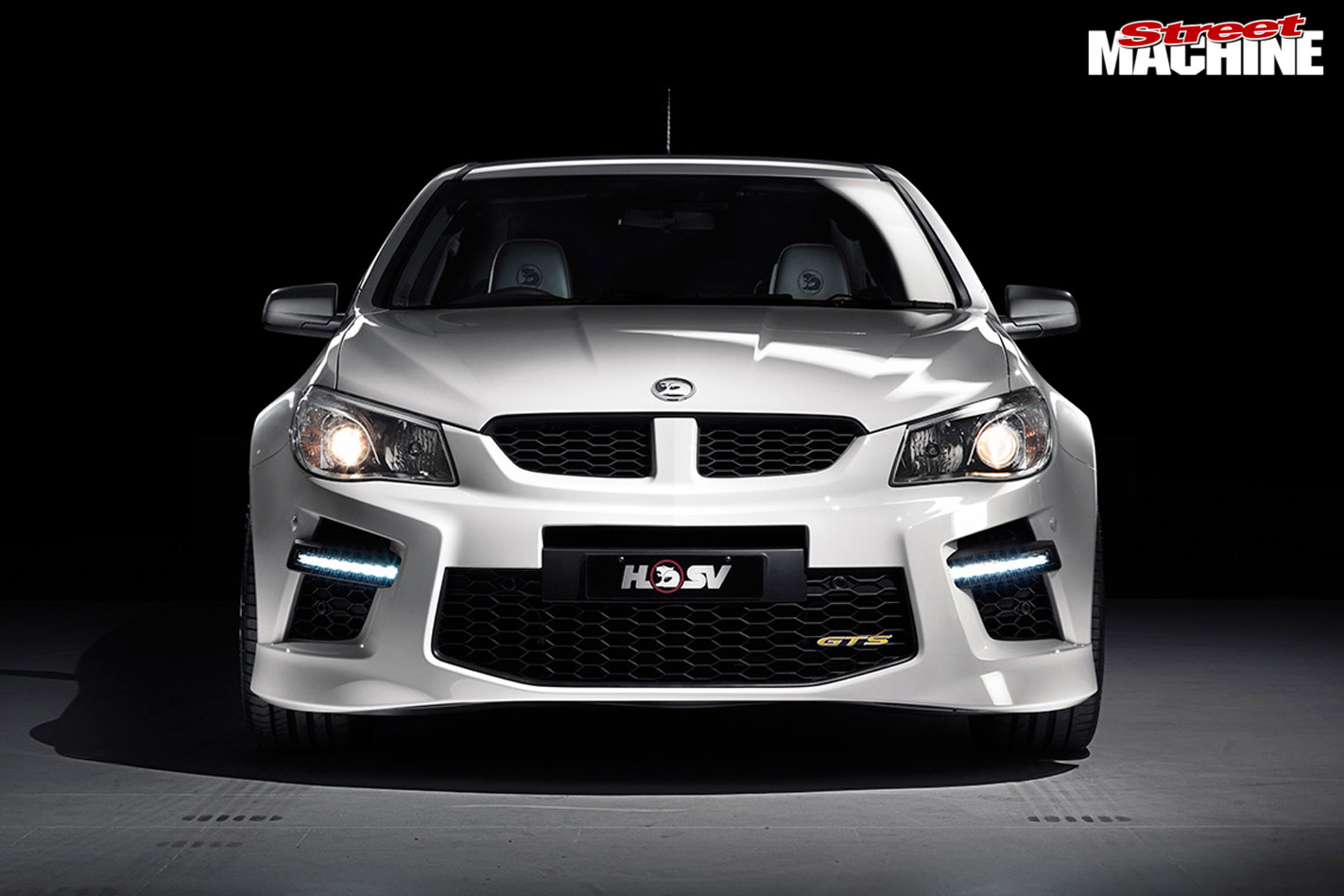 The LSA is the most powerful LS engine variant sold new in Australia.

One reason we didn’t see the LS9 fitted to the HSV is that General Motors have an internal edict not to allow any car to be more powerful or faster than the top-line Corvette.