SINCE being launched in 1997, there have been 30 variants made of the Gen III and Gen IV Chevrolet V8, colloquially known as the LS. When it first appeared under the heavily raked bonnet of the all-new fifth-generation Corvette back in ’97, the all-aluminium 5.7-litre V8 was dubbed the Gen III, as it was the third main redesign of the super-popular Chevy small-block.

Sharing almost nothing with its iron-based predecessors, the injected, lightweight and very compact pushrod engine ushered in a new era of refinement to V8 GM cars. Its popularity and use across almost the entire GM network over the past 17 years means there is now a mind-boggling number of variants and revisions.

From the original 345hp (260kW) LS1 found in the C5 Corvette, through to the 638hp (476kW) LS9 (the most powerful engine ever offered by GM in a production car), the breadth of the family is staggering. There are engines for front-, all- and rear-wheel drive; iron and aluminium blocks; cathedral and rectangular ports; many different bore/stroke sizes; dry and wet sump set-ups in a range of front-, mid- and rear-hump layouts; displacement on demand, variable valve timing technology and more.

As with most popular engine layouts in the US, there are countless blocks and cylinder heads available from aftermarket companies. Just cataloguing all of those would be enough to fill a book, so we’ll stick to giving you a rundown of the most popular production LS motors. 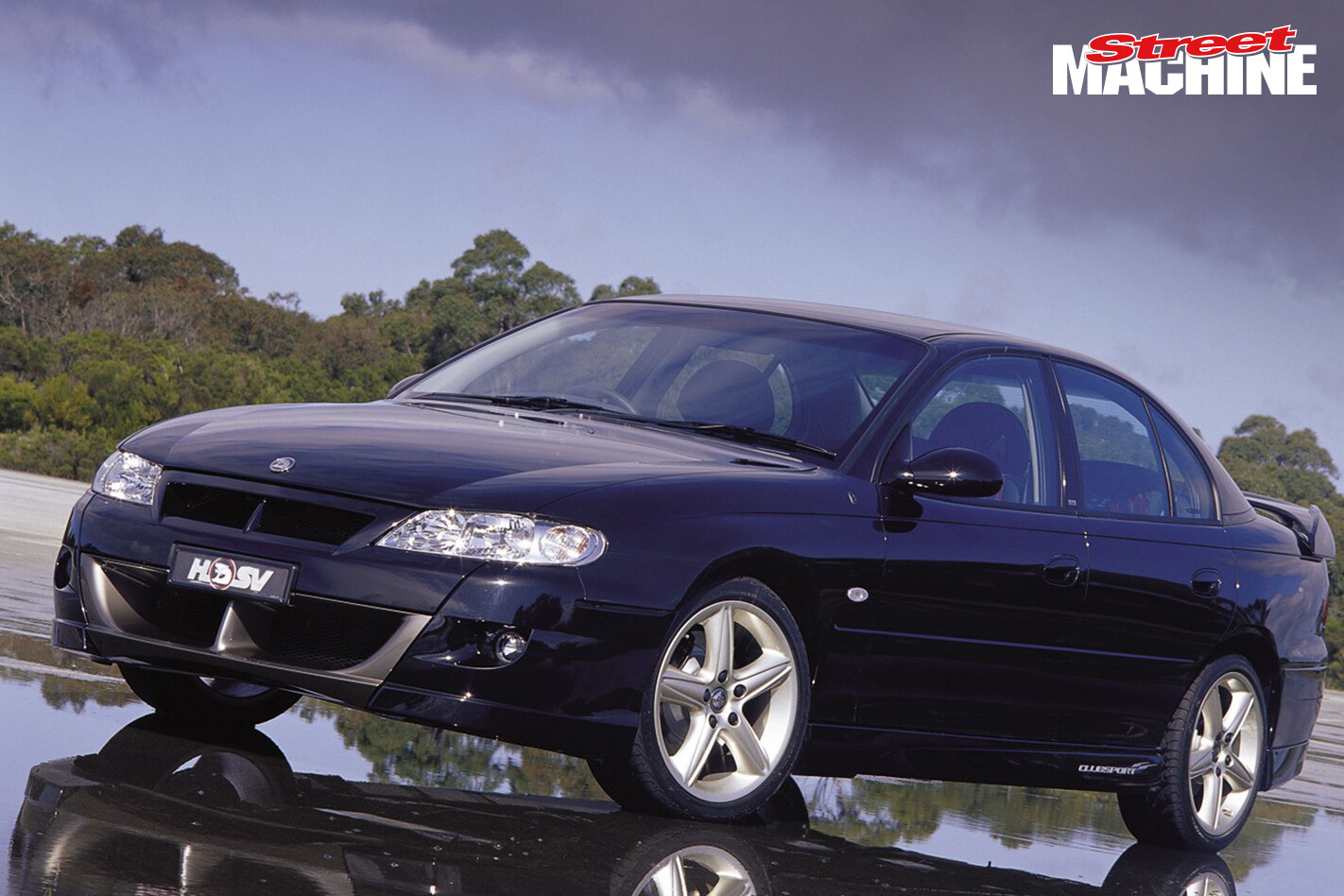 THE 3.898in-bore LS1 was all-new for 1997, sharing only conrod bearings with the previous Gen II (LT-series) small-block V8s. Chevrolet invested heavily in this new engine, using it as a platform across its whole V8 range and eventually replacing all other V8 engines in the line-up by 2003.

There were many major changes from the Gen II: 5665cc capacity; all-aluminium construction (iron blocks came later); the old five-bolt pentagonal cylinder head stud pattern replaced with a square four-bolt design; six-bolt mains and flat-top pistons (except for the later LS9 which uses a dished version) for the bottom end; the traditional distributor replaced by coil-on-plug ignition. The firing order also changed to 1-8-7-2-6-5-4-3, which made it the same as other modern V8s. The then all-new C5 Corvette scored a 345hp (257kW) motor straight up, increasing to 350hp (260kW), while the ‘modern’ F-Body Camaros and Trans-Ams offered between 305-325hp (225-242kW).

MOREHow to swap an LS1 into your HJ Kingswood

The C4B-powered VT2 GTS 300 was the most powerful regular production Holden sold new in Australia back in 2000. The engine was hand-built by famed Chev tuners Callaway Cars in America and exported to HSV.

The LS6 is a great engine to put into a budget-build circuit car due to its stronger block, better cam, lighter valvetrain, better oil system and higher compression ratio

When launched in the C5 Z06 it made 385hp (287kW), modified in 2002 to produce 405hp (302kW) for the Cadillac CTS-V. The LS6 has windows cast into the block between cylinders, and features improved main web strength and bay-to-bay breathing; higher flow intake manifold and MAF-sensor; higher lift and longer-duration cam; 10.5:1 compression ratio; sodium-filled valves; and a revised oil system suited to lateral acceleration. LS6 intake manifolds are also used on all 2001-on LS1/6 engines, including the V8 VX series-onwards Commodores.

Working out if the bargain aluminium LS you’ve found is a Gen III or Gen IV car engine is relatively easy. Firstly, Gen IV motors – by and large – all feature electronic throttle bodies, while Gen III engines use cable-operated throttles.

Don’t stress if you’re looking at a bare long motor, as there are a couple of generational signatures to these engines that are almost impossible
to fudge.

Gen III cam sensors are found at the back of the block, while the Gen IV’s are cast into the front timing cover.

The crank sensor is also different between Gen III and IV, even though it is found in the same position on the block. Gen IIIs run a black sensor and 24-tooth trigger wheel, while the later Gen IV crank sensors are grey and 58-tooth.

There are conversion kits around to let you fit a Gen IV engine to a car that came with a Gen III without rewiring the whole engine bay.