Demi Newcombe is a VK enthusiast from way back

As an early teen, Demi Newcombe's bedroom walls were plastered with early-Commodore posters, and she later purchased a Calais of her own before she’d even learnt to drive! Buying one eight years ago – well before the price of early Commos headed north – has allowed Demi to put her hard-earned into a raft of tidy mods instead, resulting in this black-on-silver LS-powered beauty. 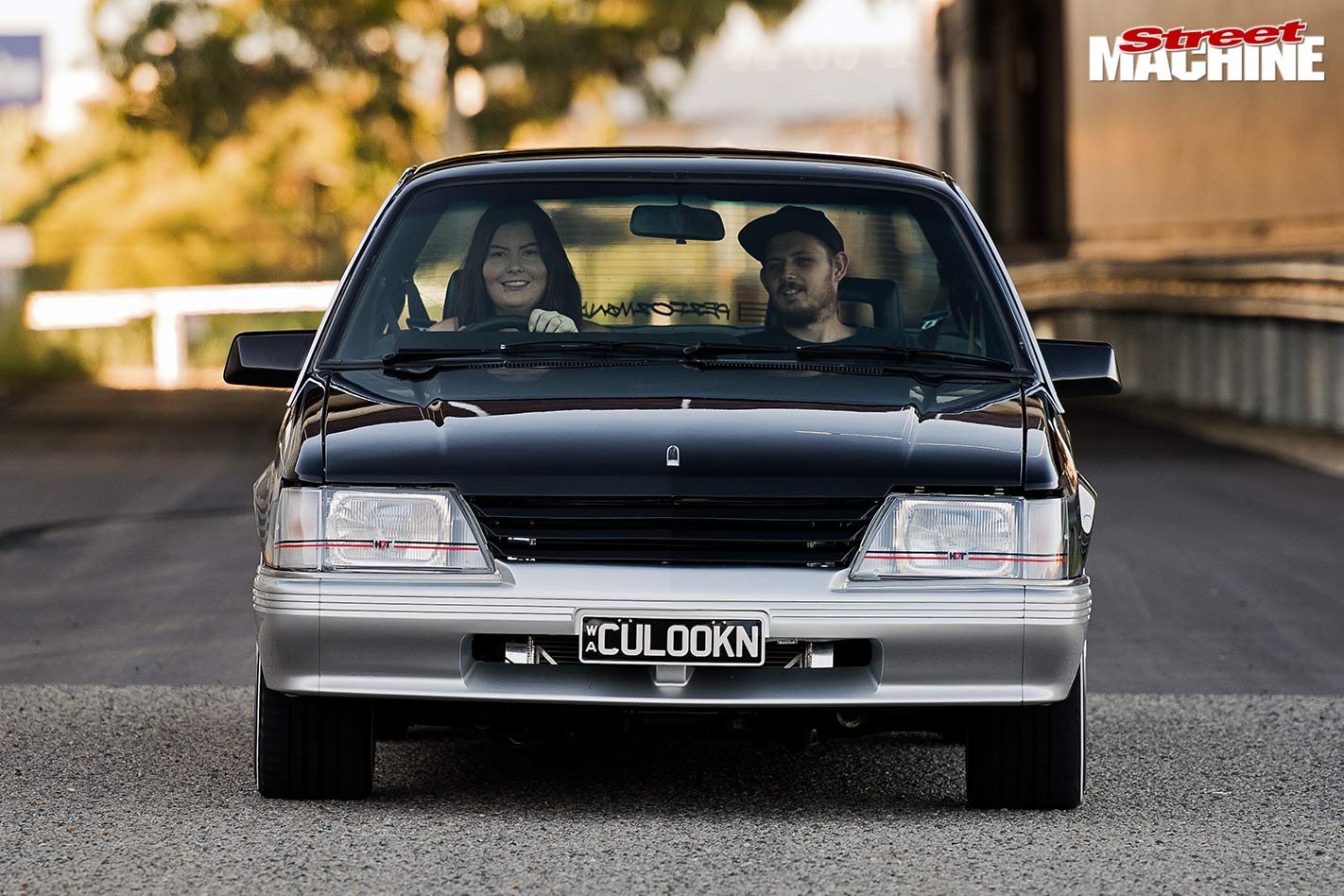 How’d did you find the VK?

Dan, who’s now my fiancé, saw it on Facebook and tagged his friends in it, not thinking that I’d be keen. It was hard getting the money together at the time as I wasn’t earning much, though I bought it before his mates did and it was soon my daily driver.

What’s the allure of this model?

I just always wanted a VK Calais; I think it’s the shape of them. My mum had a chrome-bumpered Fairlane and my aunty had an XW GT, but they weren’t car fanatics. I was probably around 13 years old when I started getting interested in cars and began reading magazines, sticking the posters on my wall, going to the drags and watching Powercruise DVDs. As I got older my friends started building cars and I had mates that were doing up VKs. 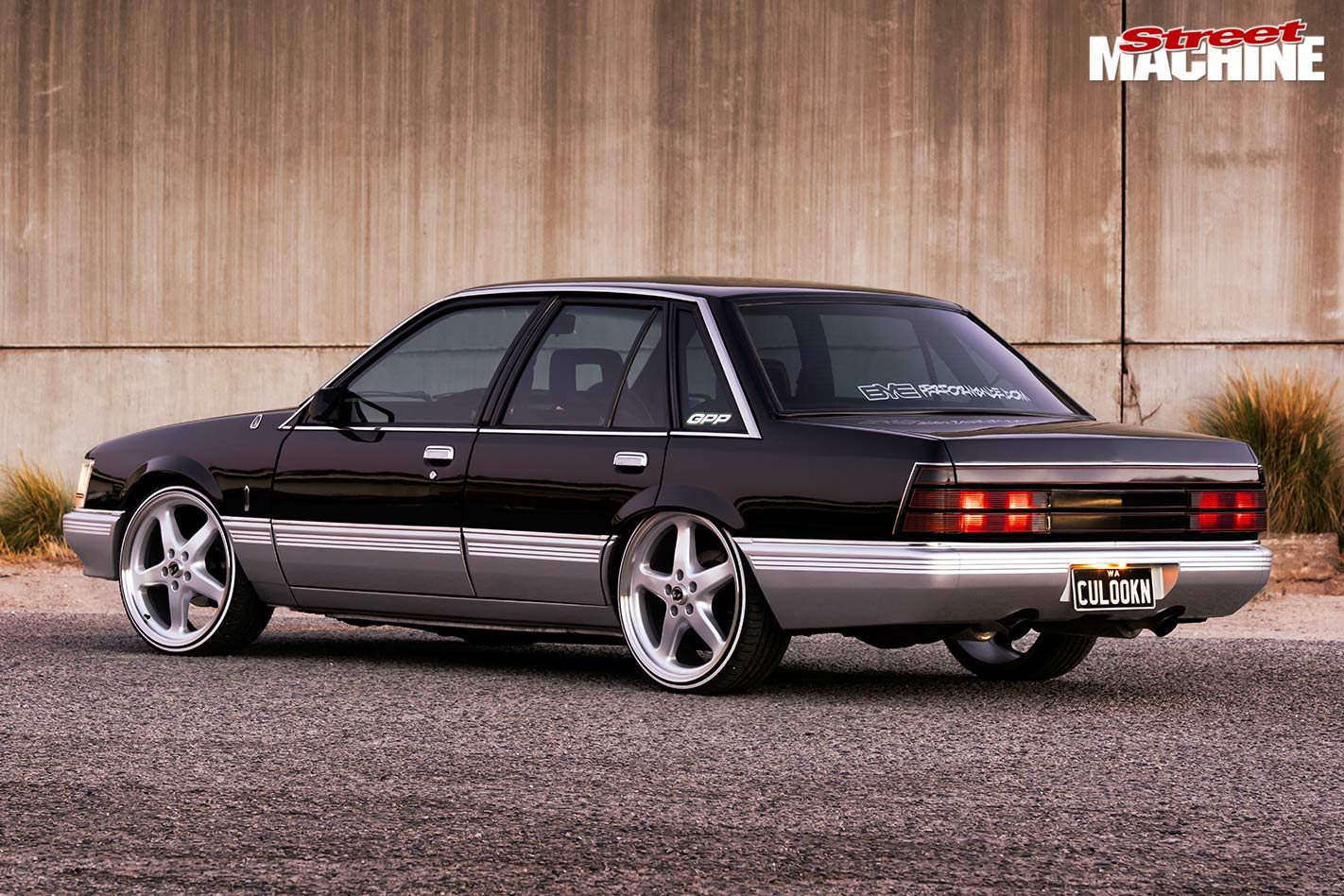 What condition was the Calais in when you first bought it?

It was good from afar, but far from good! It had the factory fuel-injected 202ci black motor with a Trimatic, a green interior and the black and silver paint, though I’ve had most panels resprayed since.

What did you modify first?

Wheels, brakes and lowering. I added 20-inch Avanti rims, slotted discs, and put in King Springs Super-Lows. Now it runs 20x8.5 Walky wheels with Achilles 225/30 tyres, which I’ve had the thin whitewalls put onto. And as the guards are rolled, the rims haven’t scraped once. 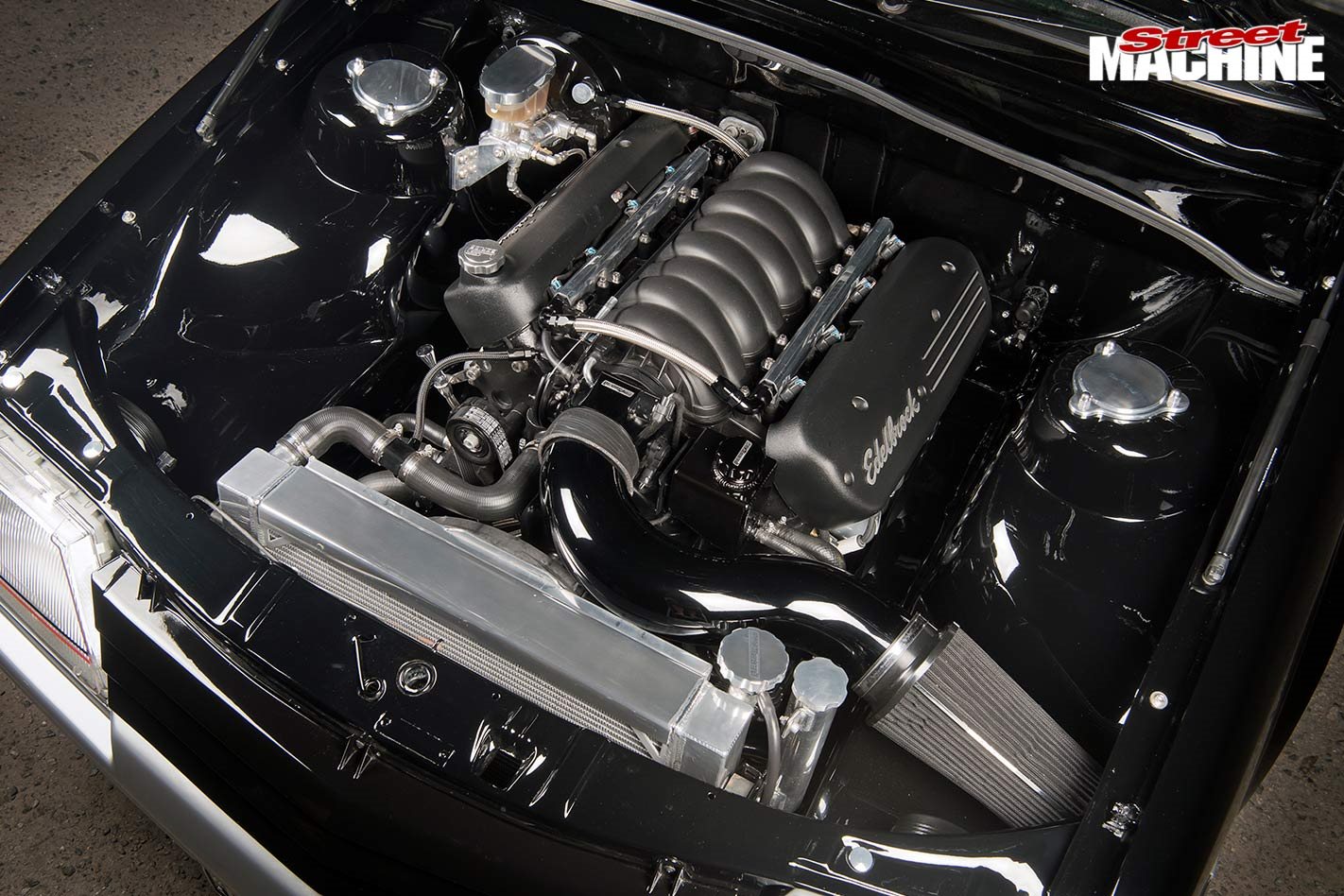 When was the inline six removed?

About three years ago. I wanted an LS1 as they’re reliable, and Dan wanted to “just chuck it in”, but I figured if we did it’d never come back out. I wanted the engine bay to be perfect, though it got bigger than we had planned; we weren’t going to box in the rails, for instance. Most of the work we did at home in our tiny shed with our good mate Aaron doing the engine bay fabrication, before Griffin Panel & Paint sprayed it black. Most of the billet parts are from Lowe Fabrications, who I’d seen at Summernats. Every week I’d buy bits and pieces and chuck it in my cupboard, so when it came to putting it together it was like Christmas!

Tell us about the engine.

It’s an ’05 LS1 with an LS2 manifold and EFI, Aeroflow fuel rails, roller rockers, dual springs, a COMP cam and stock bottom end – it makes about 400rwhp. The trans is a rebuilt TH400 with a 2800rpm stall converter and has a B&M Pro Ratchet shifter. Currently the diff is a 10-bolt Salisbury with 3.55s, but it’ll be changed soon to a shortened nine-inch with an LSD and billet axles; then one day I’ll run deep-dish Walkys. 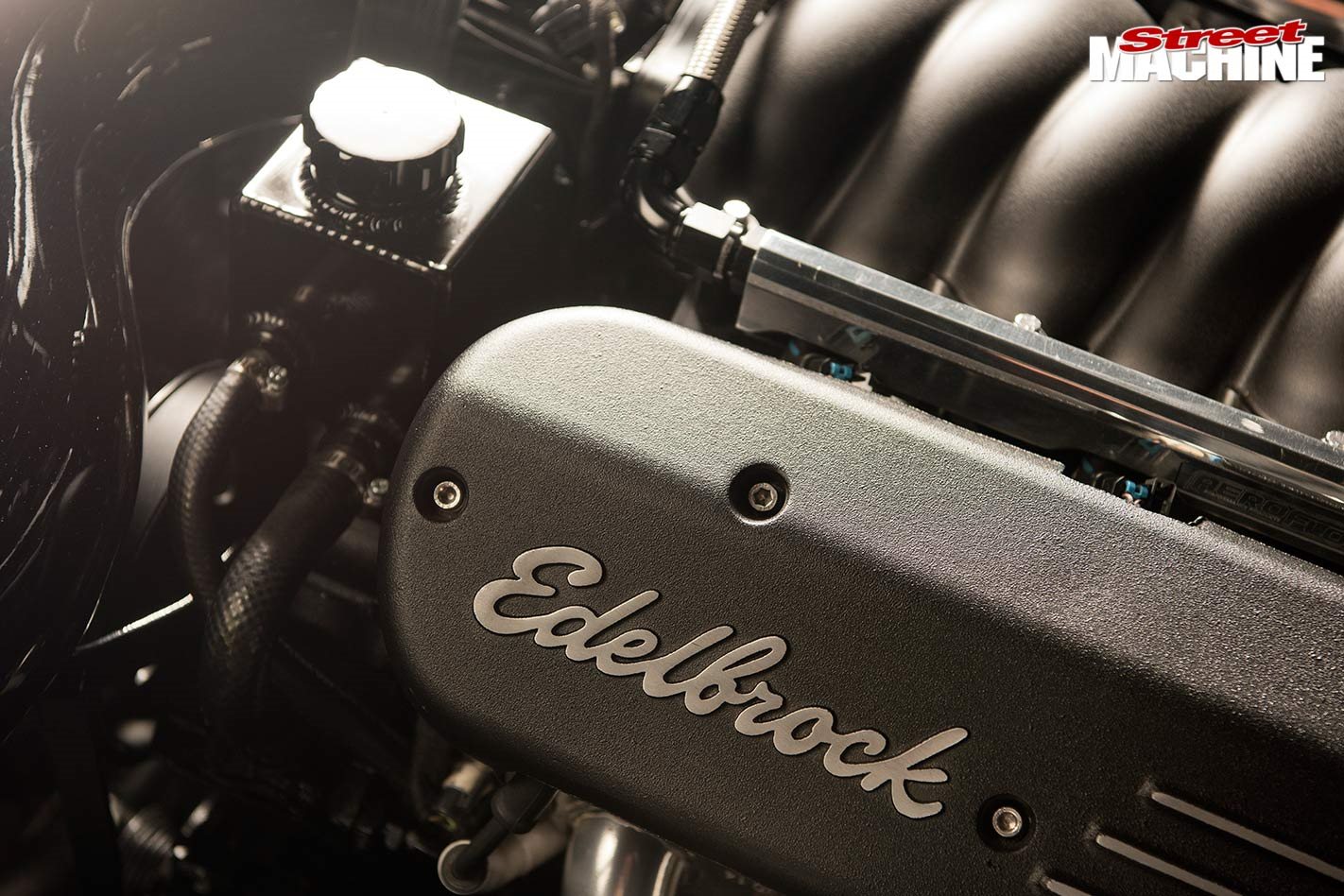 I had that done about six or seven years ago, as I wanted the interior to be black and silver like the exterior. The seats are black vinyl with a silver cloth insert, which I’ve had ‘Calais’ embroidered onto. Our mate Shay made the carbonfibre dash insert, which holds all of my Auto Meter gauges. But I’m going to change out the Autotecnica steering wheel, though I don’t know what I’ll buy as yet.

So, will we see the Calais at the Perth Powercruise?

I definitely want to go out and have fun, but I don’t want to hurt it or scratch the paint – she’s my baby. At the moment I’m just enjoying driving it; Custom Cars & Coffee and Freo runs on Sundays are its main outings. It’s not a show car, but I do enter and it won Best Engine Bay at Motorvation this year.

I recently changed my number plates to MISS VK, and I’d love to get it tubbed one day. I’ve been on the hunt for another one as a daily, but this is chewing my money as it is and I’d probably end up with two weekenders! 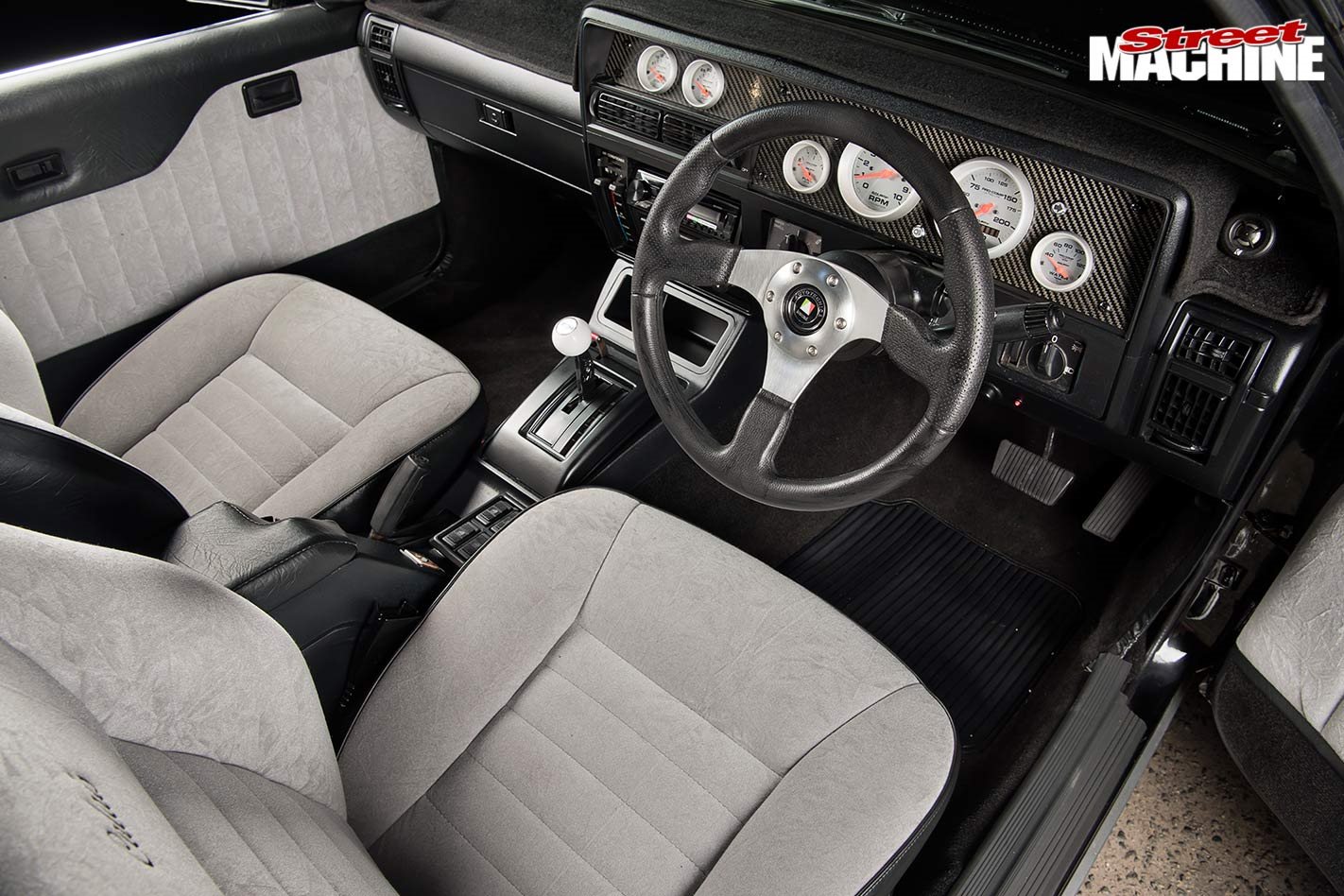