With a history steeped in auto nostalgia, Lisa Bradford was never going to drive something boring, but her Holden EK wagon is next-level!

This article on Lisa's EK wagon was originally published in issue no.18 of the Street Machine Hot Rod magazine

LISA Bradford has spent her life around cars. Her father was a Chev parts dealer for many years, plying his wares from a shop near Warrigal Road, in Melbourne’s south-east. Yet despite the GM heritage, Lisa’s previous ride was an XP coupe. “It was the best car. I shouldn’t have sold it,” she laments. “But I had a baby coming and needed something practical.” 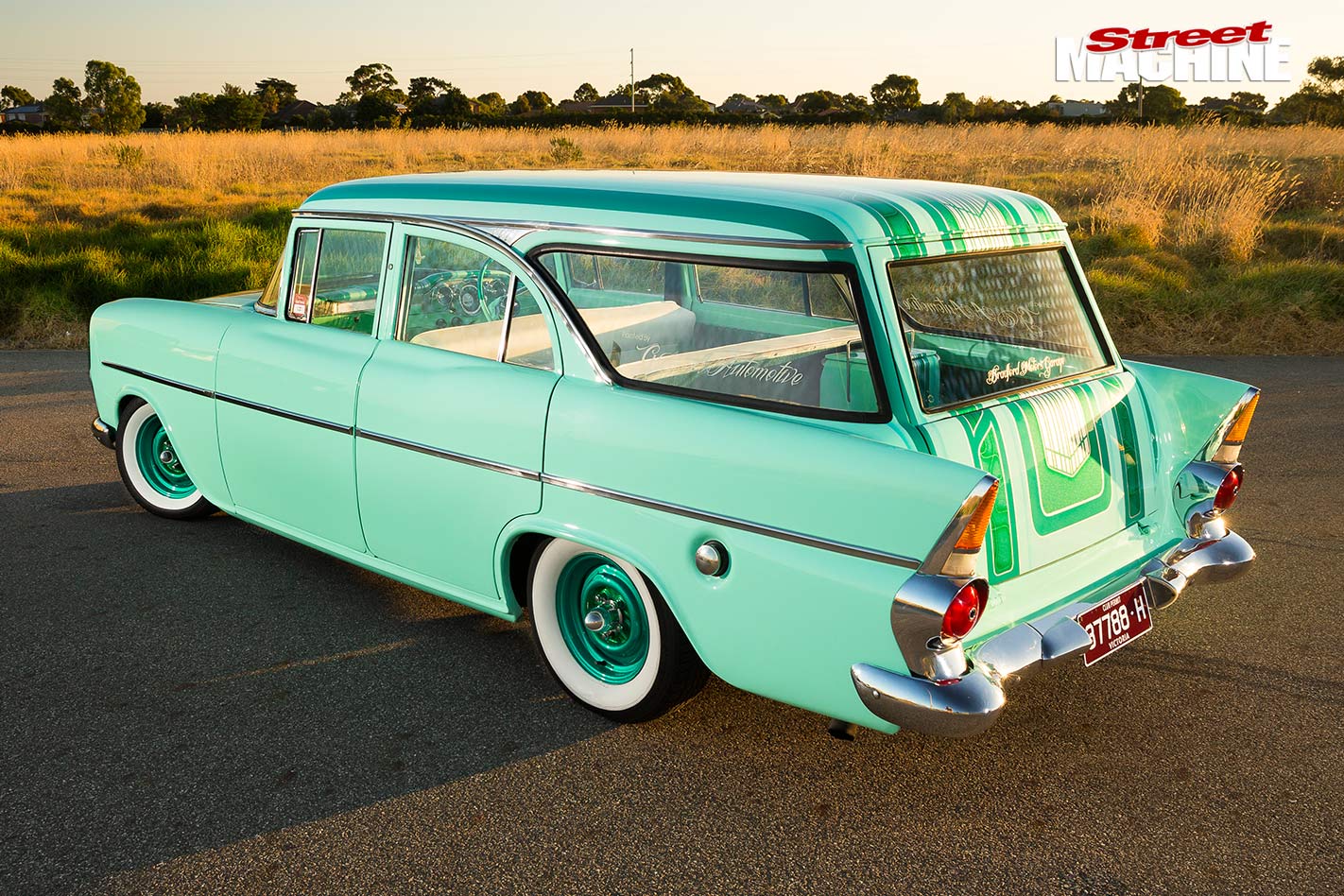 Where many would upgrade to something modern with air, steer and a whiff of defeat, Lisa was less pragmatic; more doors is all she needed, although a GM badge wouldn’t hurt. An EK wagon was sourced from a friend of a friend, and it required little work to get it roadworthy. “My then-partner Ashley put some new floors in it,” Lisa explains, “and it became my new daily.” 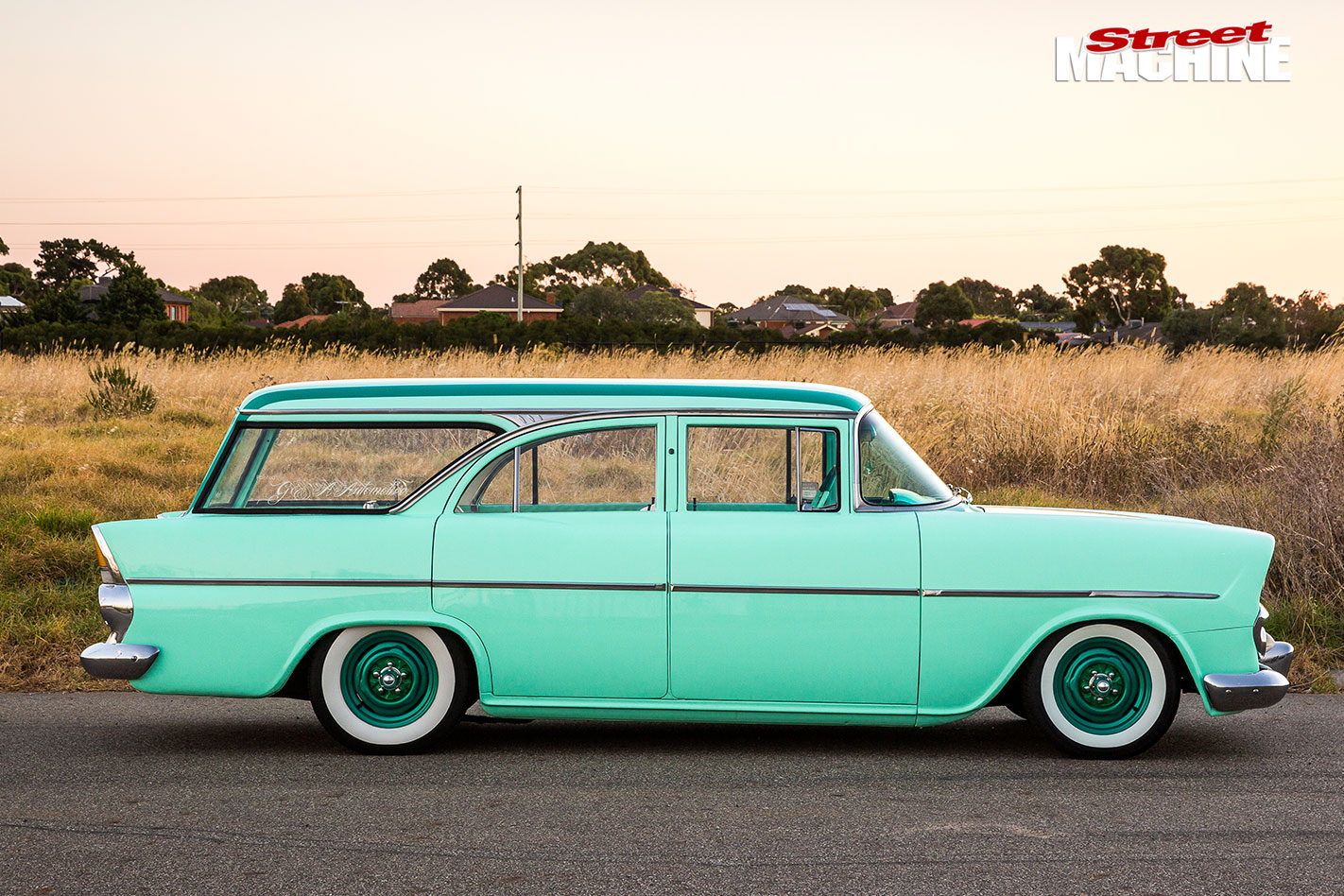 Lisa and the EK were inseparable for some time, however it took a 40-degree day in 2014 for her to crack and decide on an upgrade. “I picked my daughter Chevelle up from school; she was cooking in the back and we were craving air con.” 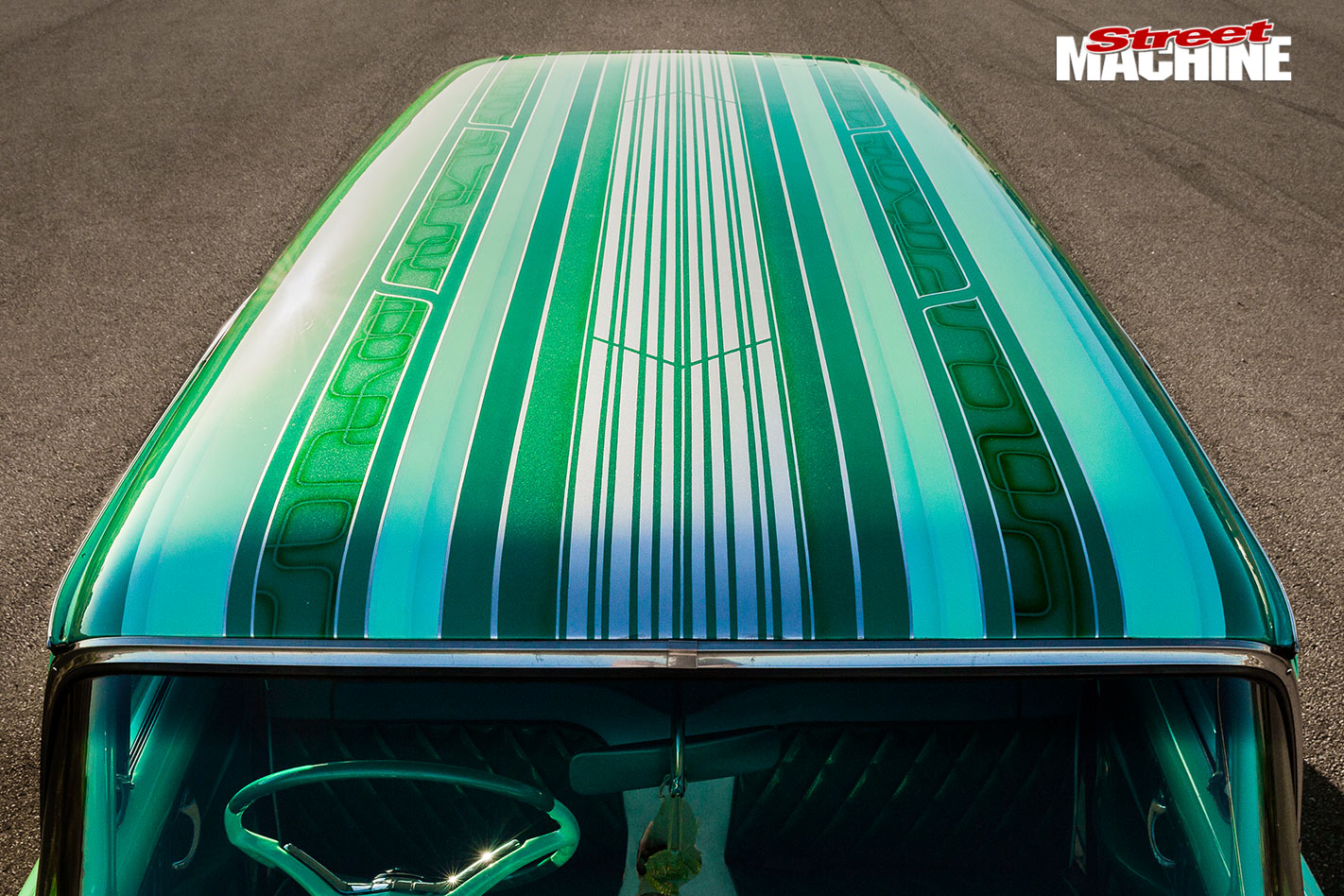 With that, the EK was retired to club plates and Lisa bought herself a 2010 diesel Mini. “It took me ages to find something I liked,” she admits. Even then, ‘like’ is a figurative term. 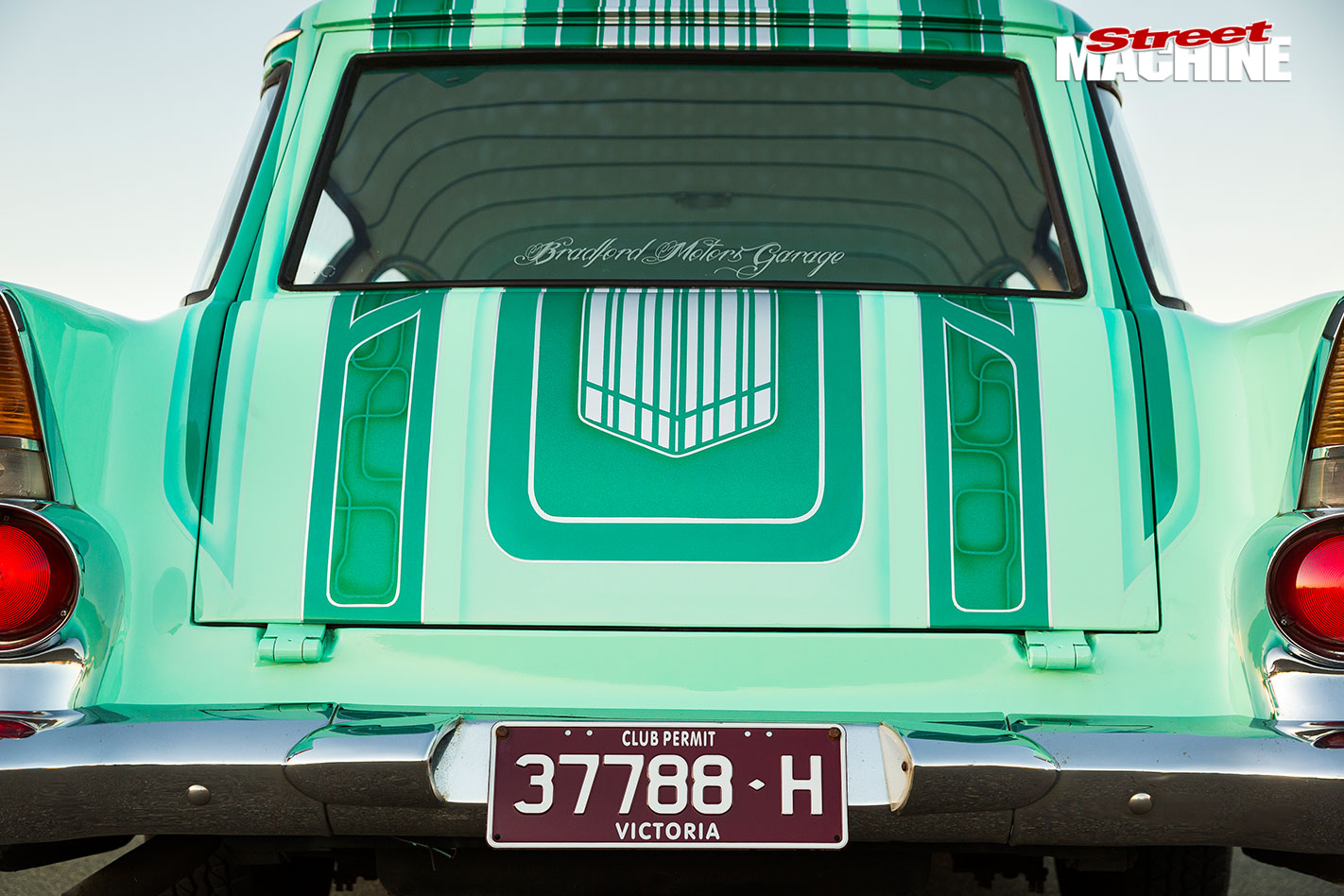 Booting around in a Mini may be hog heaven to some enthusiasts, but not to Lisa. It took a couple of years, but she eventually yearned for her old EK’s return. “It was gathering dust, rust was starting to show through and it just looked shabby.” She had to make a call: “I couldn’t sell it, so we decided to get it back on the road as my daily again.” 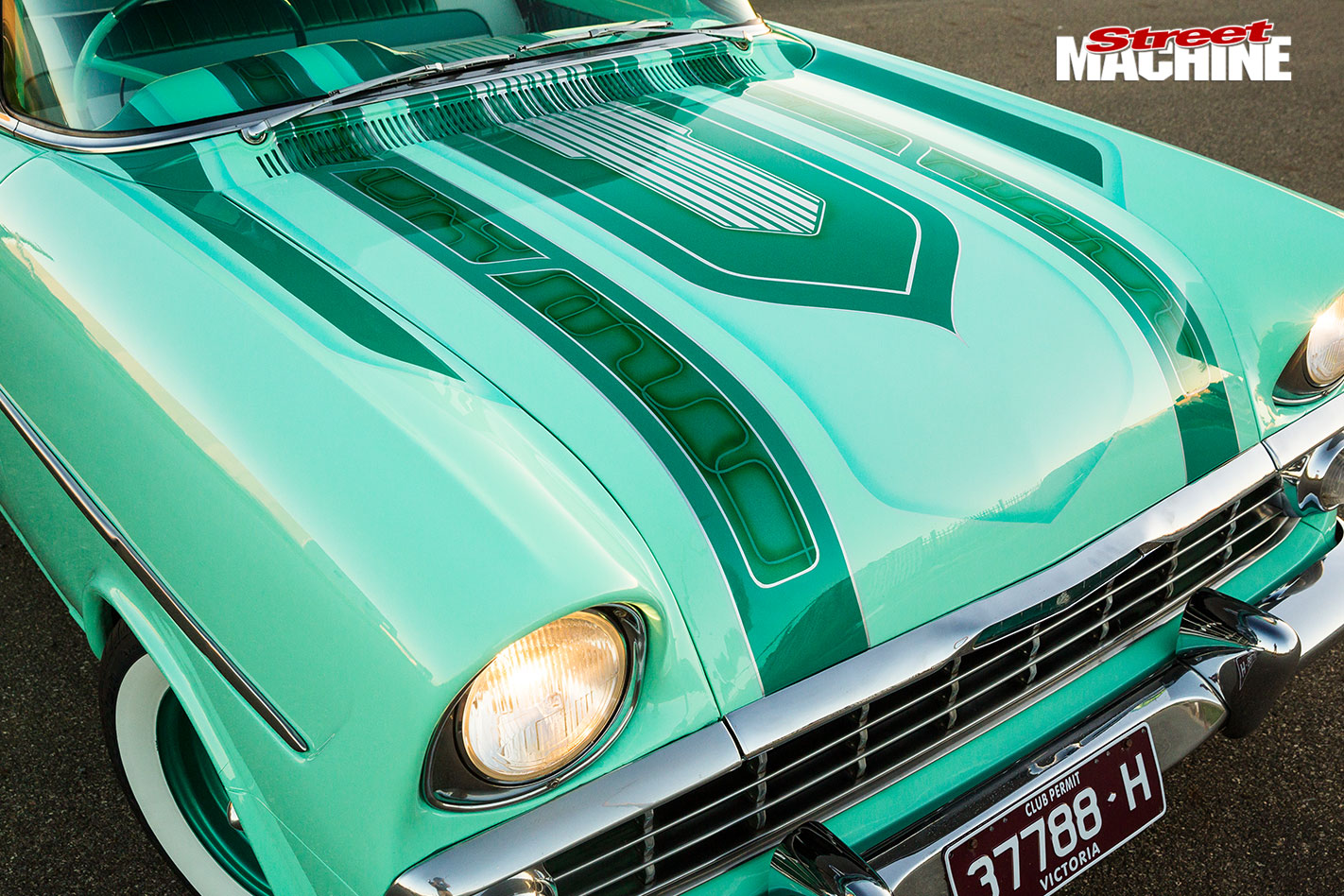 The ‘we’ includes Lisa’s current partner-in-crime Max McGinnis; mechanic, panel beater, spray painter and all-round handy guy to know, let alone be in a relationship with. Given his vast background, it’s no surprise that the EK’s return would mean so much more than some rust repairs and a coat of paint, especially with their presence requested at the 2016 Boogaloo Invitational. No matter that the Boogaloo was in May and it was already January! 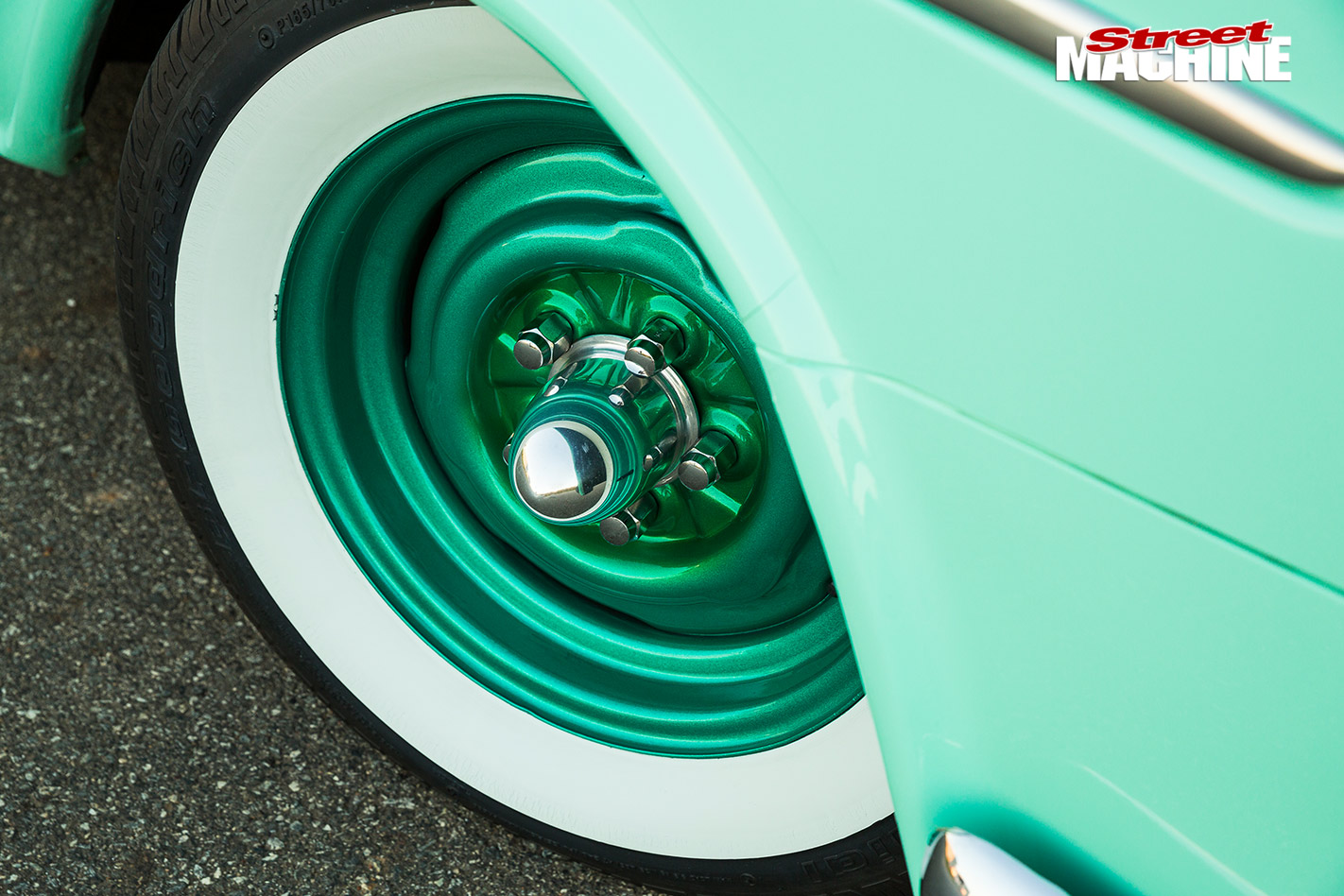 These ain’t flappers; Lisa and Max sourced genuine BFGoodrich wide-whitewalls for the EK. “They’re worth the extra coin,” Max reckons. “They’re easy to clean and they don’t get chewed up like flappers can.” The wheels are the standard 13s, widened to five inches up front and six inches at the back

Max knew the red motor was fit enough to fight another day, so the couple kept the refresh to appearances only. Regardless, this still meant plenty of late nights in the shed stripping the car, knocking out dings, cutting out rust and installing fresh metal. With the welder out, Max erased the badge holes, door locks and, quite noticeably, the door handles for a smooth look. 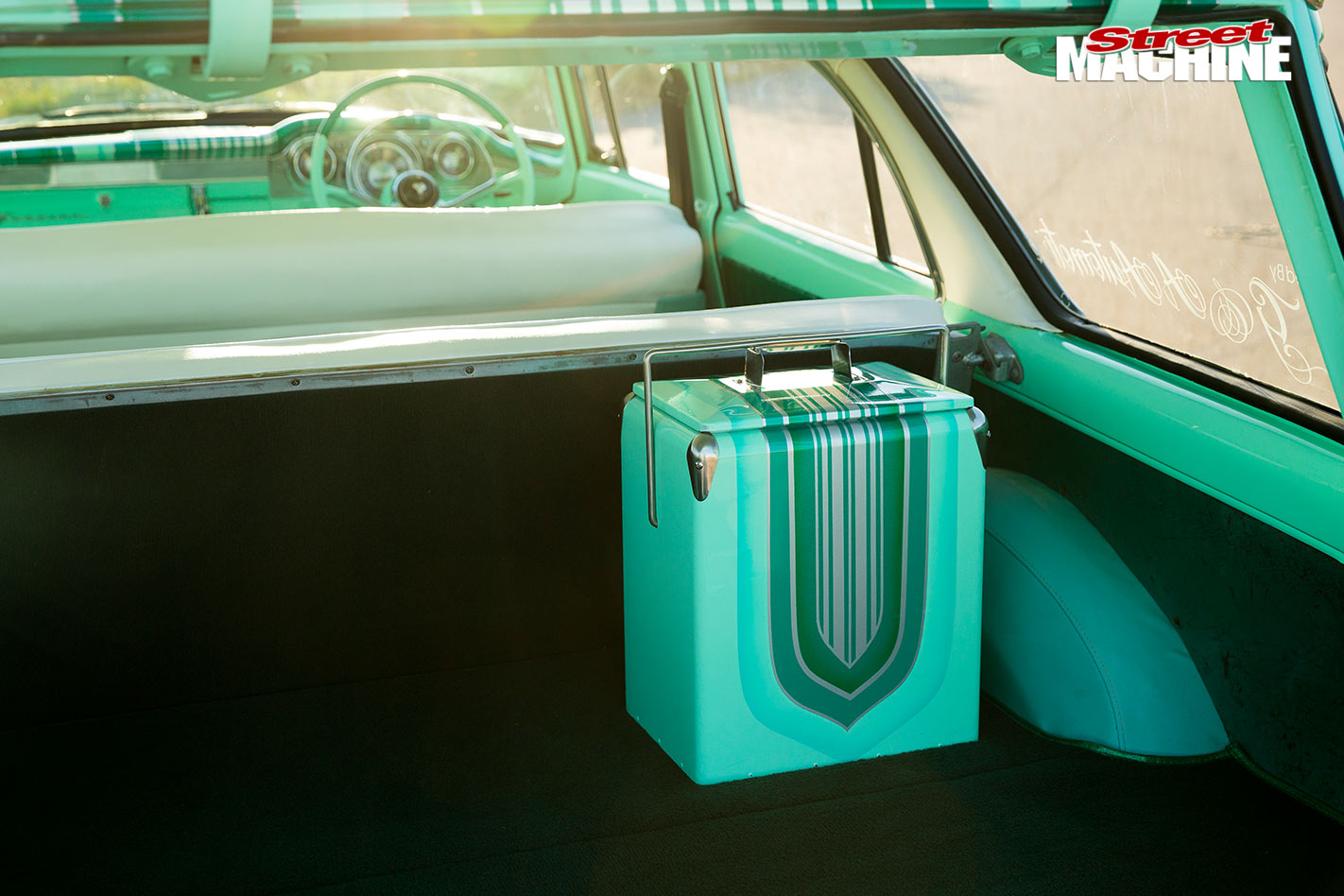 “I did have one stipulation; it had to stay the original colour,” Lisa chuckles, but when Max mixed up a fresh batch of factory Glade Green, they both agreed it would need to go a shade or two lighter.

Spraying a few layers of paint onto an old Holden is relatively straightforward, but creating artwork as dazzling and comprehensive as on Lisa’s wagon takes serious forethought. To complicate matters, by this time the Boogaloo was only four weeks away. 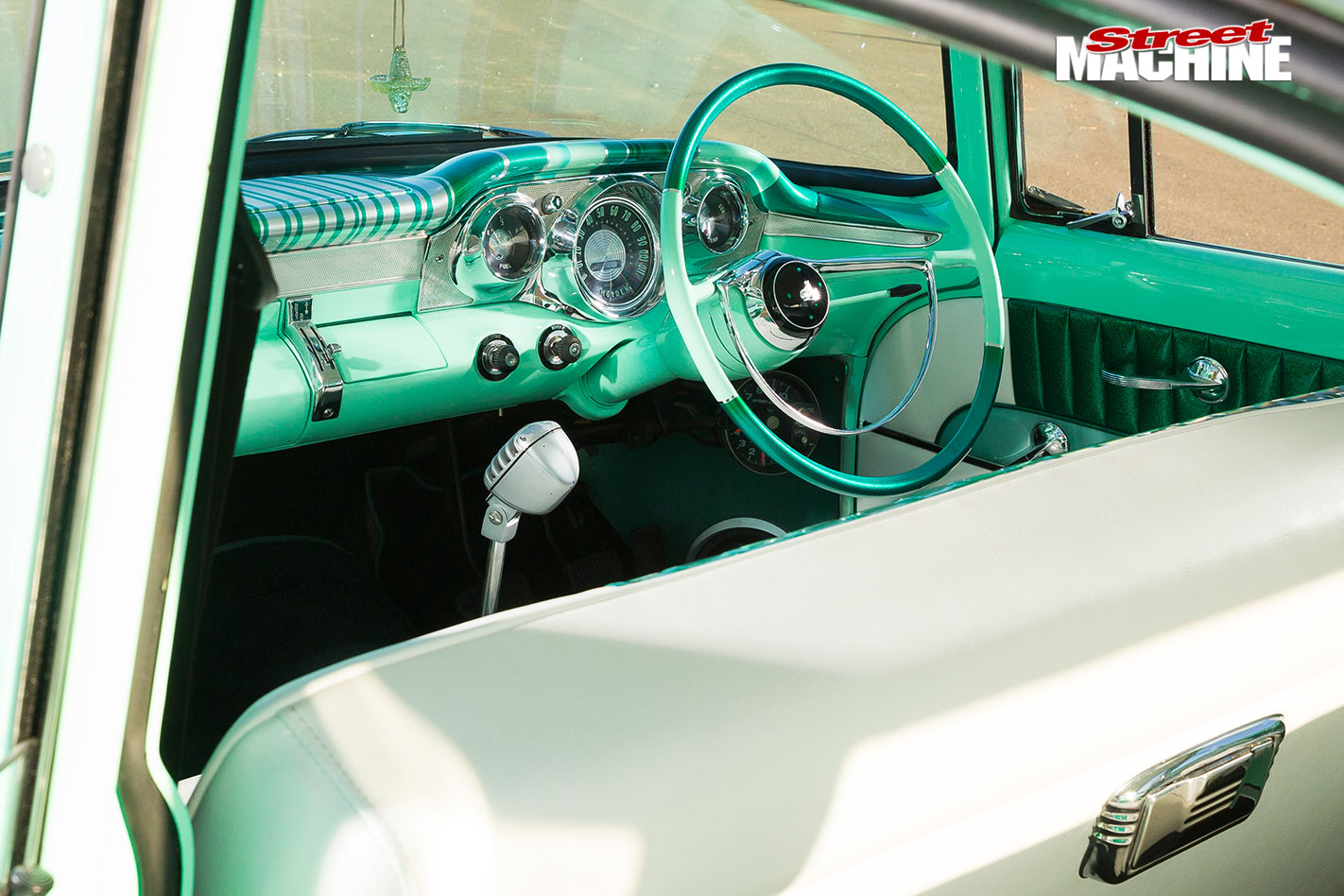 “I told Max I wanted atomic stars; the kind of mid-century motifs you see on retro tables and the like. We masked them up on the bonnet, but it was obvious they wouldn’t work,” Lisa concedes.

Max takes up the story. “Instead, we did a retro design that just came into my head as we taped up.” Playing down the heroic nature of his efforts, he continues: “I mapped out the first colours on a Sunday arvo, worked on it the next day and all the next night.” As the sun came up, mountains of green-on-green had taken shape. “We kept on taping, then put another coat down, then we’d tape some more.” 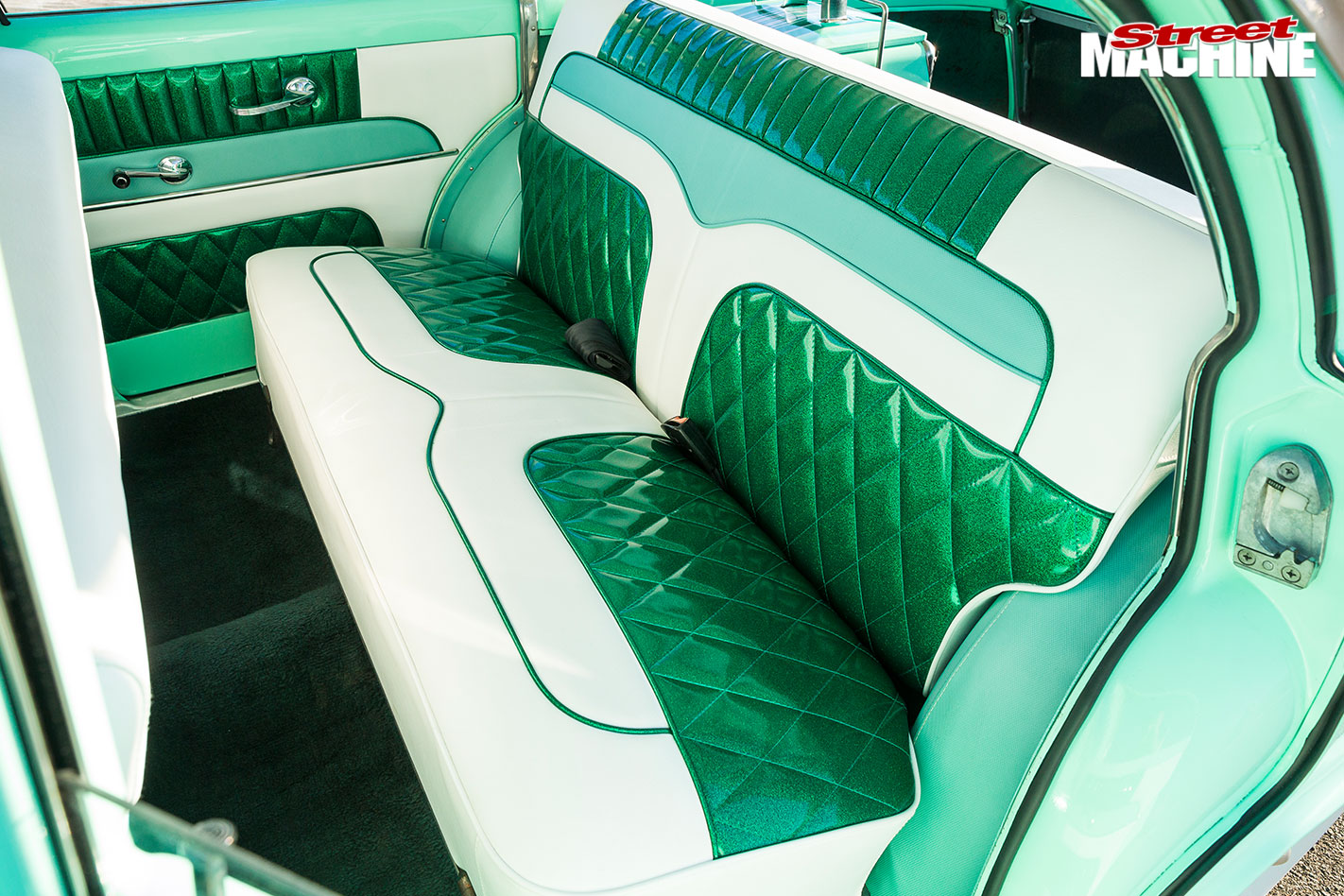 It’s hard to believe that the colours – all 10 of them – were applied over a non-stop, 48-hour period. With so many layers, blocking back and flow-coating became the next priority. Contrasting with the custom panel roof, bonnet, dash and tailgate, the EK’s sides were left plain for practical reasons – just in case it cops a ding once it returns to daily driver duties. 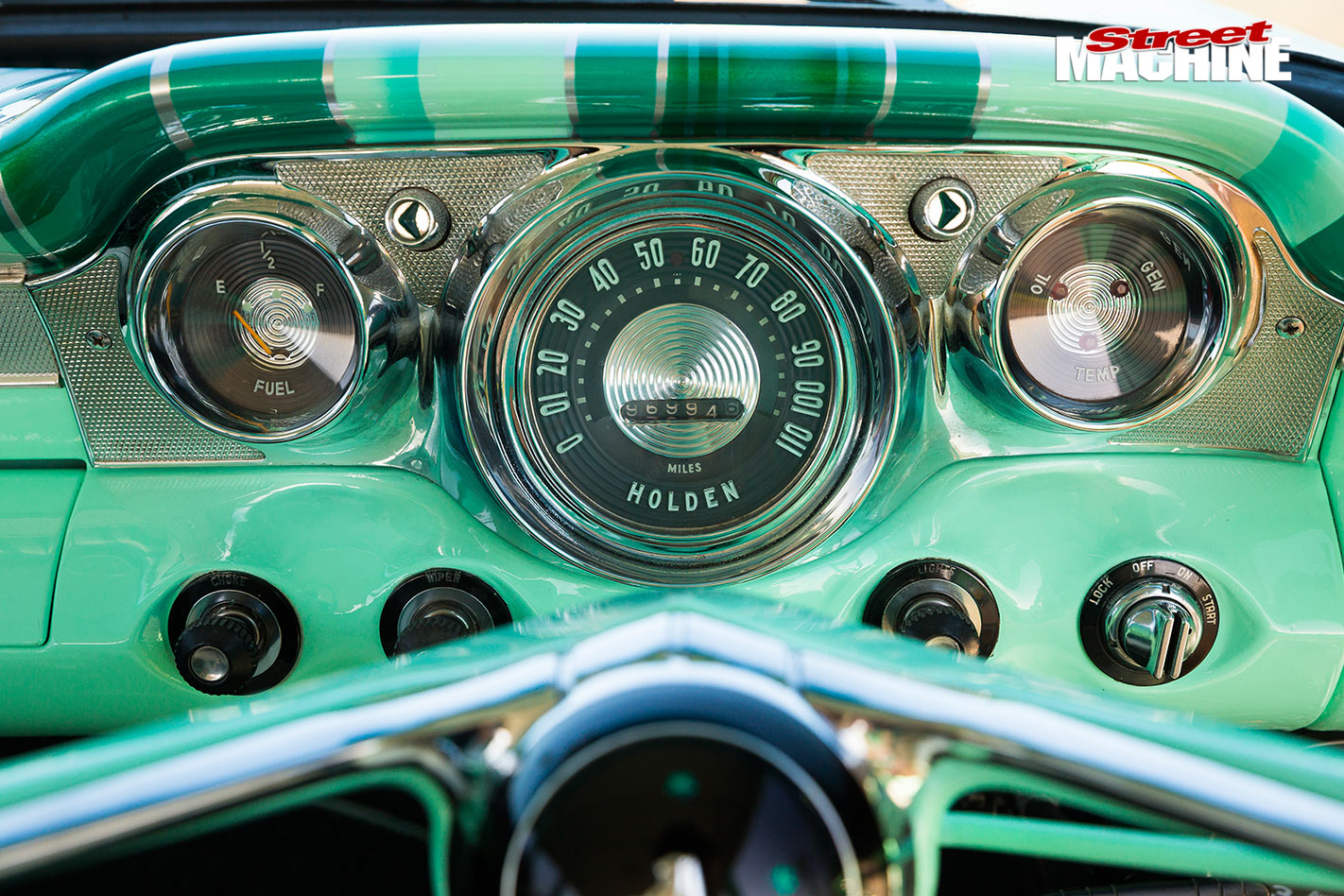 With an exterior this wild, the EK needed an interior to match. Lisa admits the original trim would have been passable, but not once Max had worked his magic with the spray gun. “Again I only had one requirement with the trim: that it too was to remain green.” With that single instruction, the EK was shipped off to Glenn French at Rocket Kustom Auto Trim for the works. 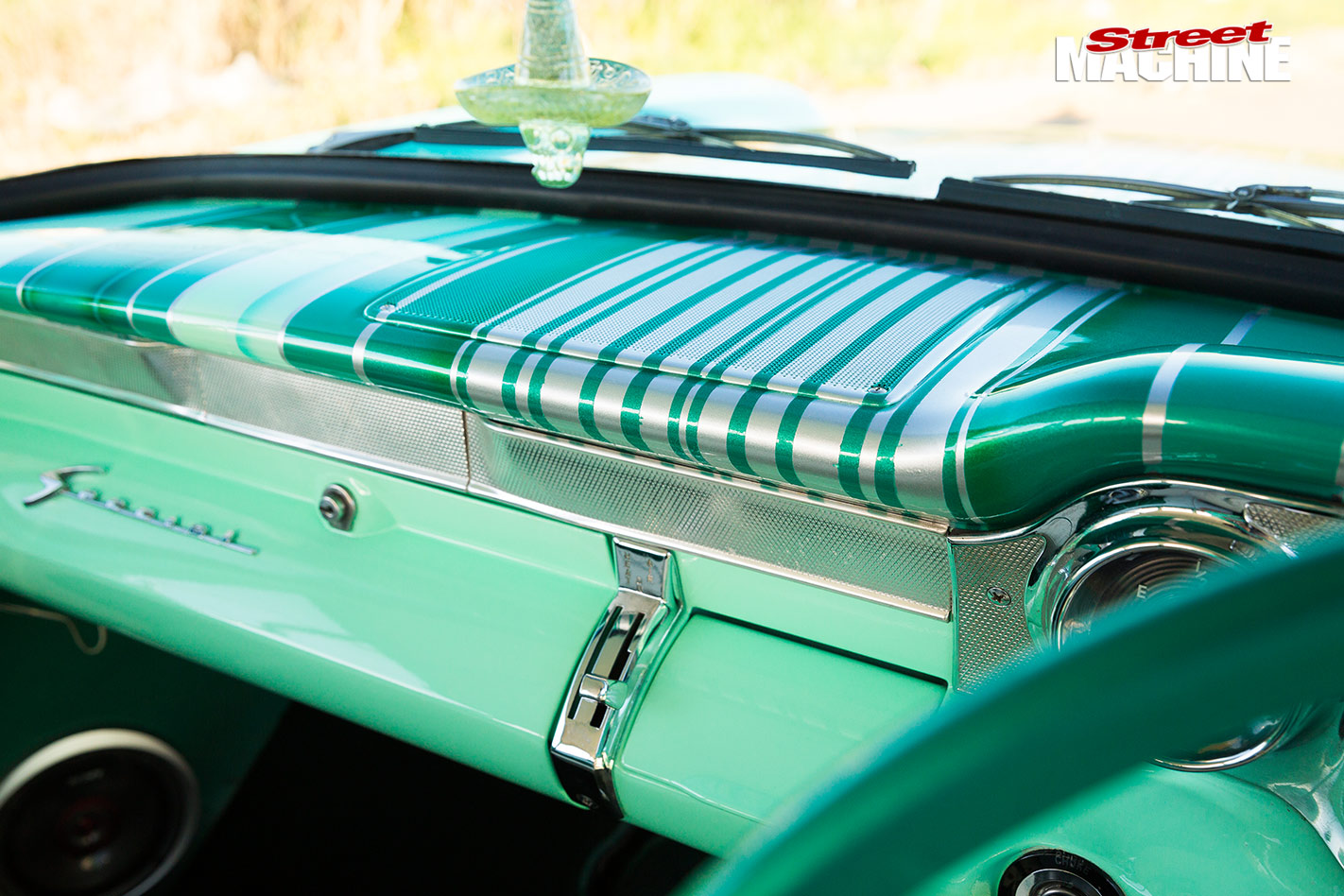 Lisa and Max are good mates of Glenn, so were able to put their absolute faith in him. “Glenn had complete creative control,” Lisa enthuses, with Max adding: “He’s one of those guys that you’ve just got to let be; if you give him boundaries you’ll get a nice interior. If you don’t, he’ll create something amazing!” 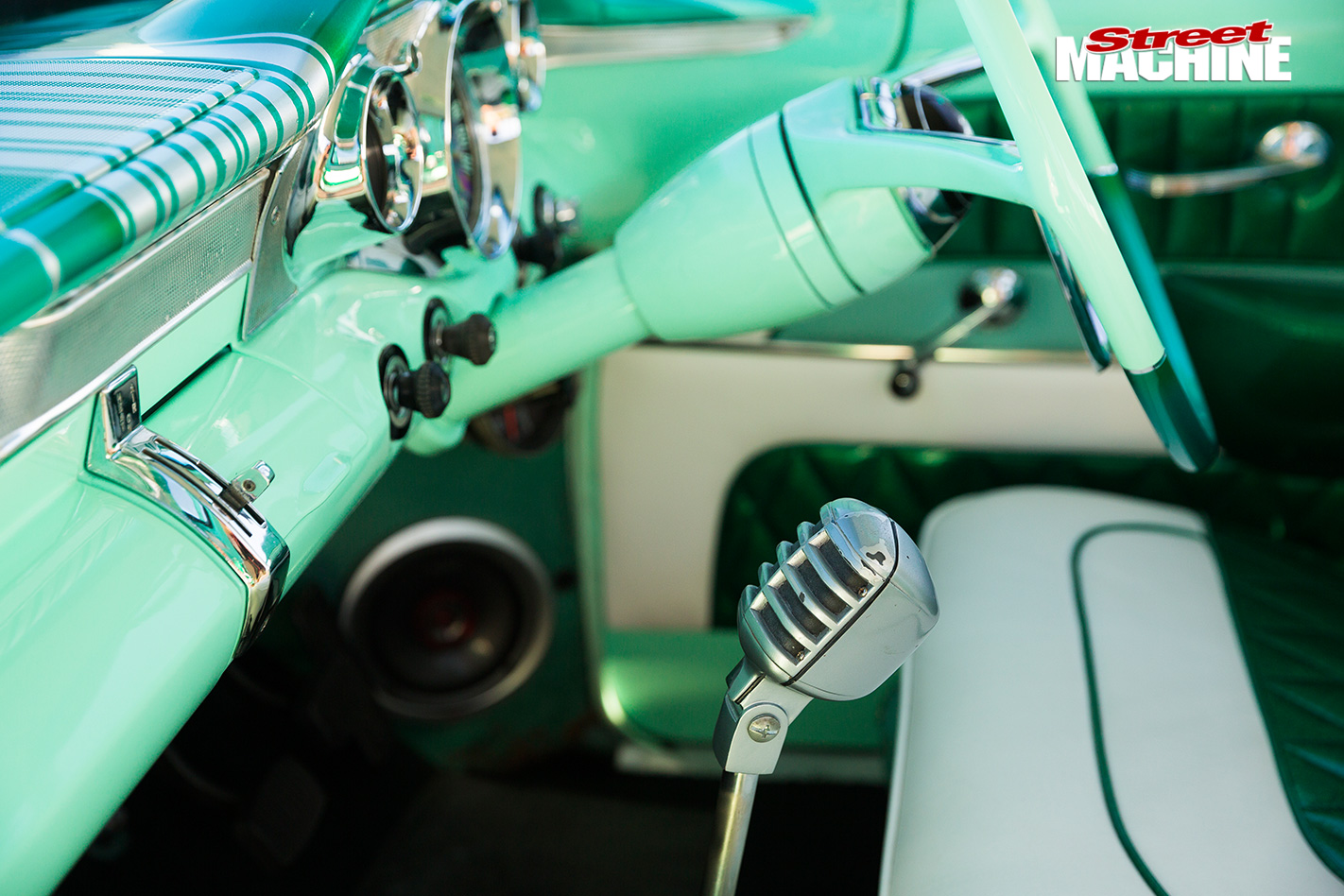 How’s the 50s microphone gearknob? Lisa had been trawling eBay for something cool to use as a gearknob when she found an old mic, and duly hit ‘Buy It Now’. But she found it too nice to drill into, so she took it to a mate who cast a resin copy. “He said it might not last and he’d have to make another, but it’s been on the car seven years now,” she says

The car arrived back from Glenn’s on the Tuesday before the Boogaloo still missing lights, bumpers and chrome, yet Lisa and Max drove the EK out of the shed and straight to the event just three days later, a complete car. 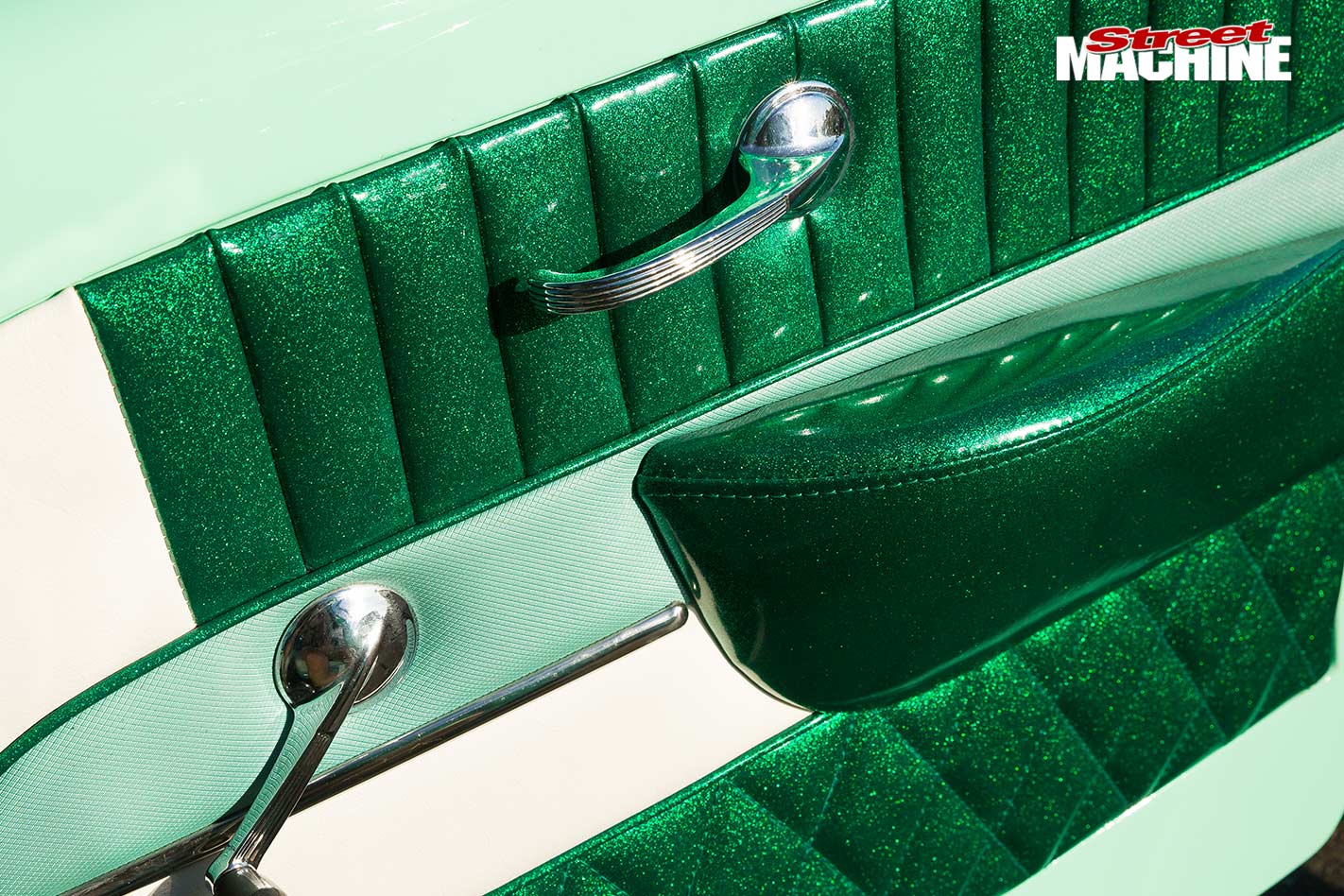 Body resto complete, Max now wants to upgrade the driveline and will tidy up the currently stock engine bay at that time. “Max was saying something about an LS1, but as a daily I think I need more economy than that!” Lisa laughs. Max adds: “Now I’m thinking a blown L67 V6. Some guys are getting 300kW out of them.”

Whatever the case, just so long as it cruises Lisa in style and cops a flash of green, it'll be fine with her. 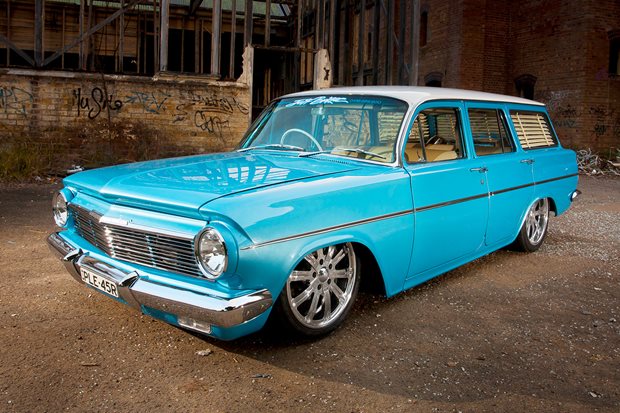 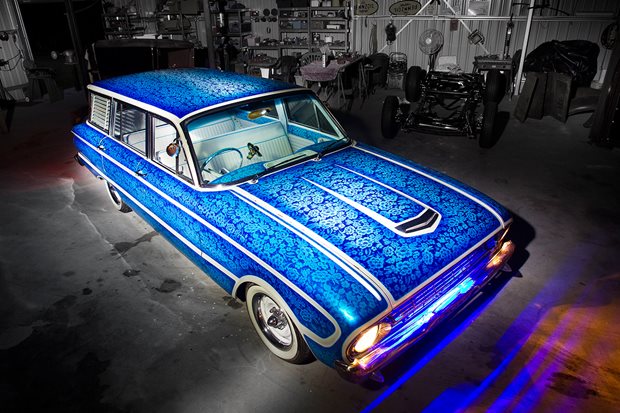 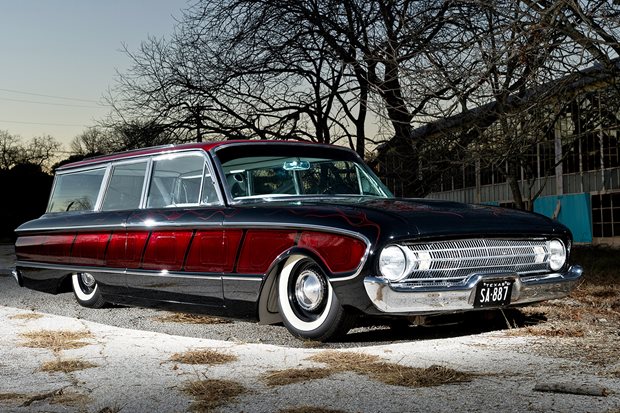