OFTEN when builds drag on for over a decade, the finished product can end up looking a little a little bit ‘off-trend’. That’s not the case with Lorenzo Capogna’s XA Fairmont, despite the fact that the build was a 15-year labour of love. 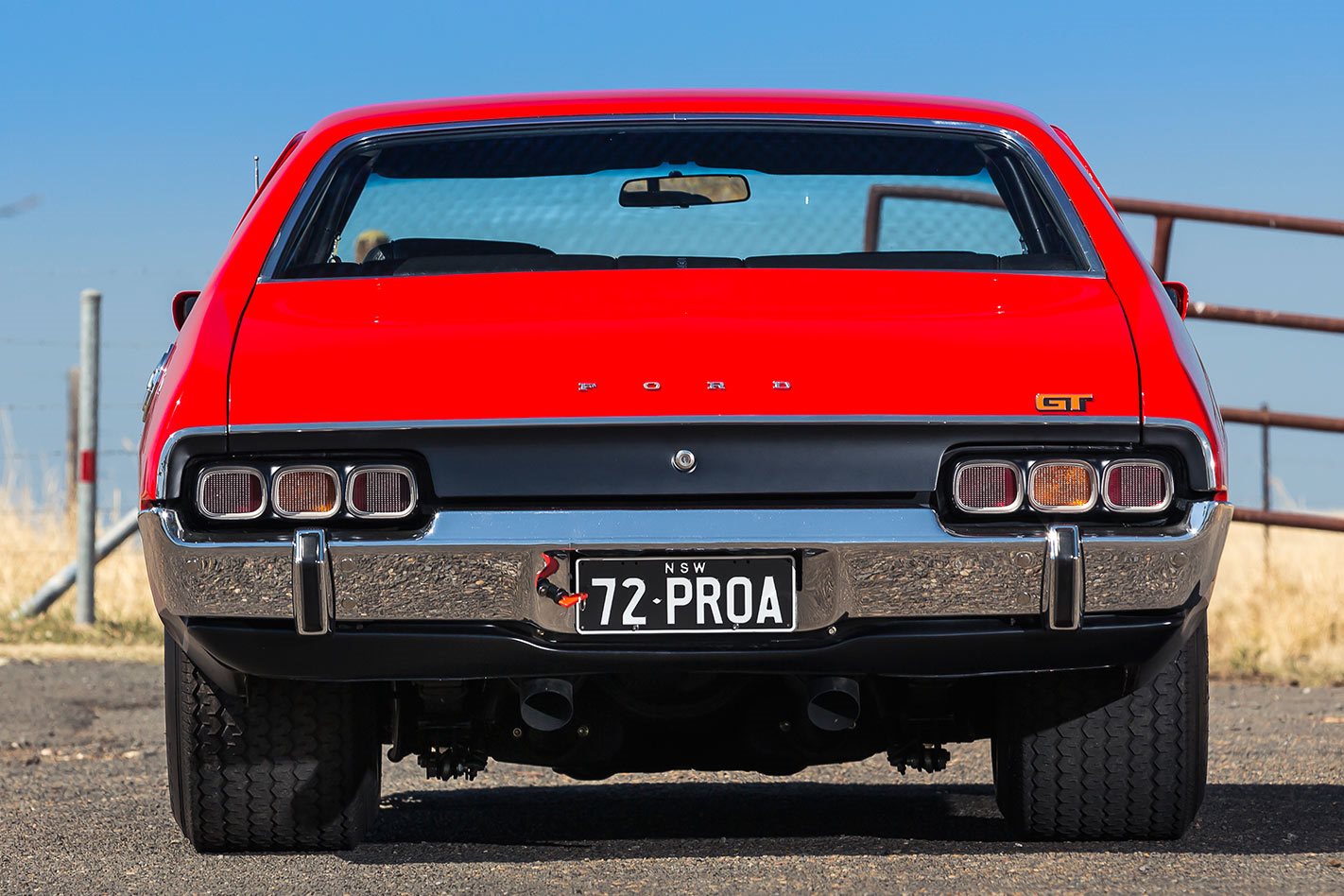 “I wanted to build a pro street, mini-tubbed XA with twin four-barrel carbs out of the bonnet,” says Harley builder Lorenzo. “So I bought this in ’03 for $5500 as a one-owner, genuine V8 Fairmont with a complete service history and matching-numbers engine and chassis.” 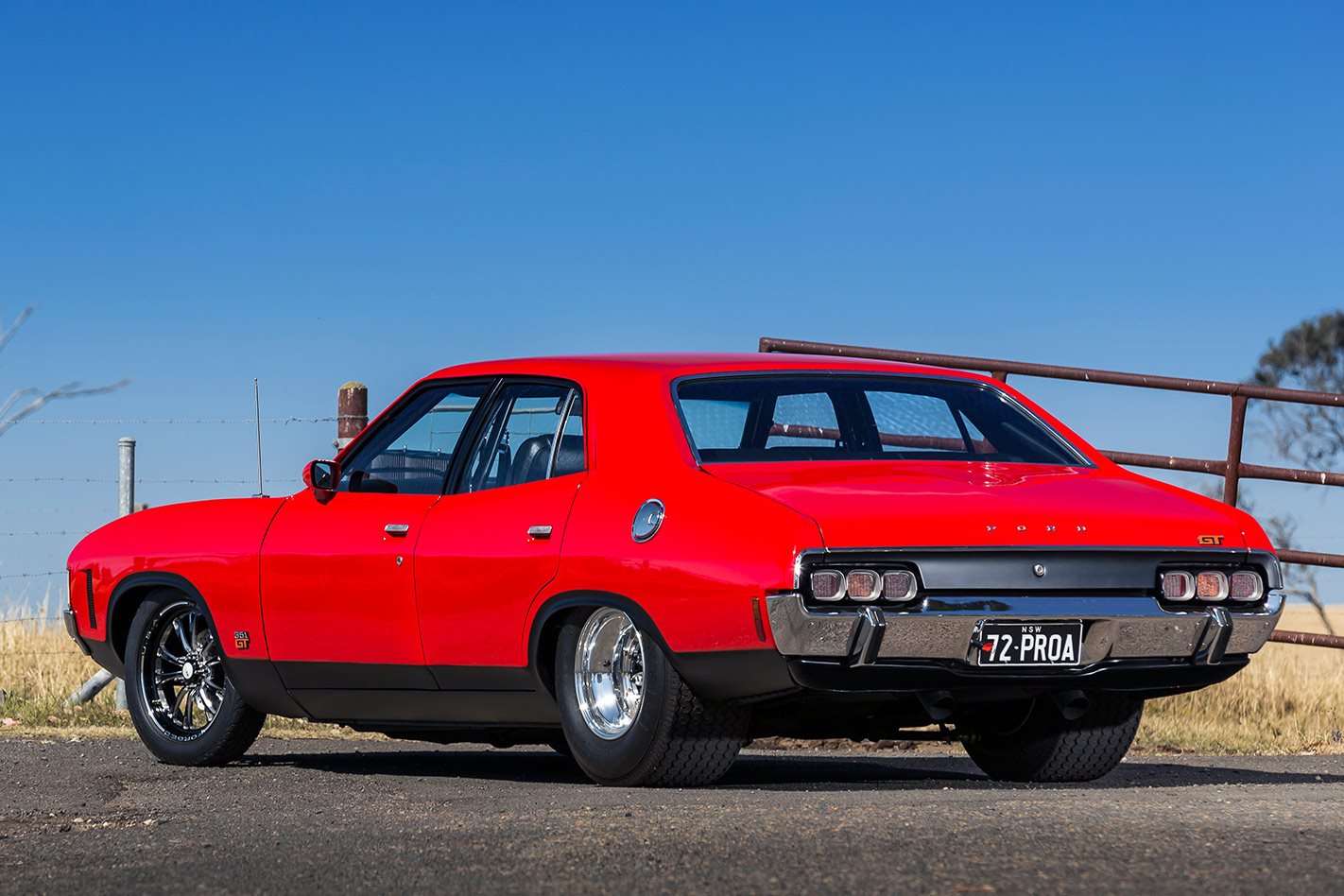 “I wanted to keep the car simple, not busy. It just needed to look like an XA GT on steroids – really tough-looking,” Lorenzo says. The XA GT grille and fender badges finish off the race-ready replica

A drag-spec ride was always on the cards, as Lorenzo pilots an eight-second Harley in his spare-time. “My initial plan was to bolt together a drag car to race within the Super Sedan bracket several times a year,” he says.

Lorenzo stripped the restorers’ wet dream, sending parts every which way. The engine was shipped to Trick & Mansweto, while the body and chassis were prepared for battle. That included tubs and rear-spring relocation, a shortened nine-inch, chassis connectors and an ANDRA-spec ’cage. 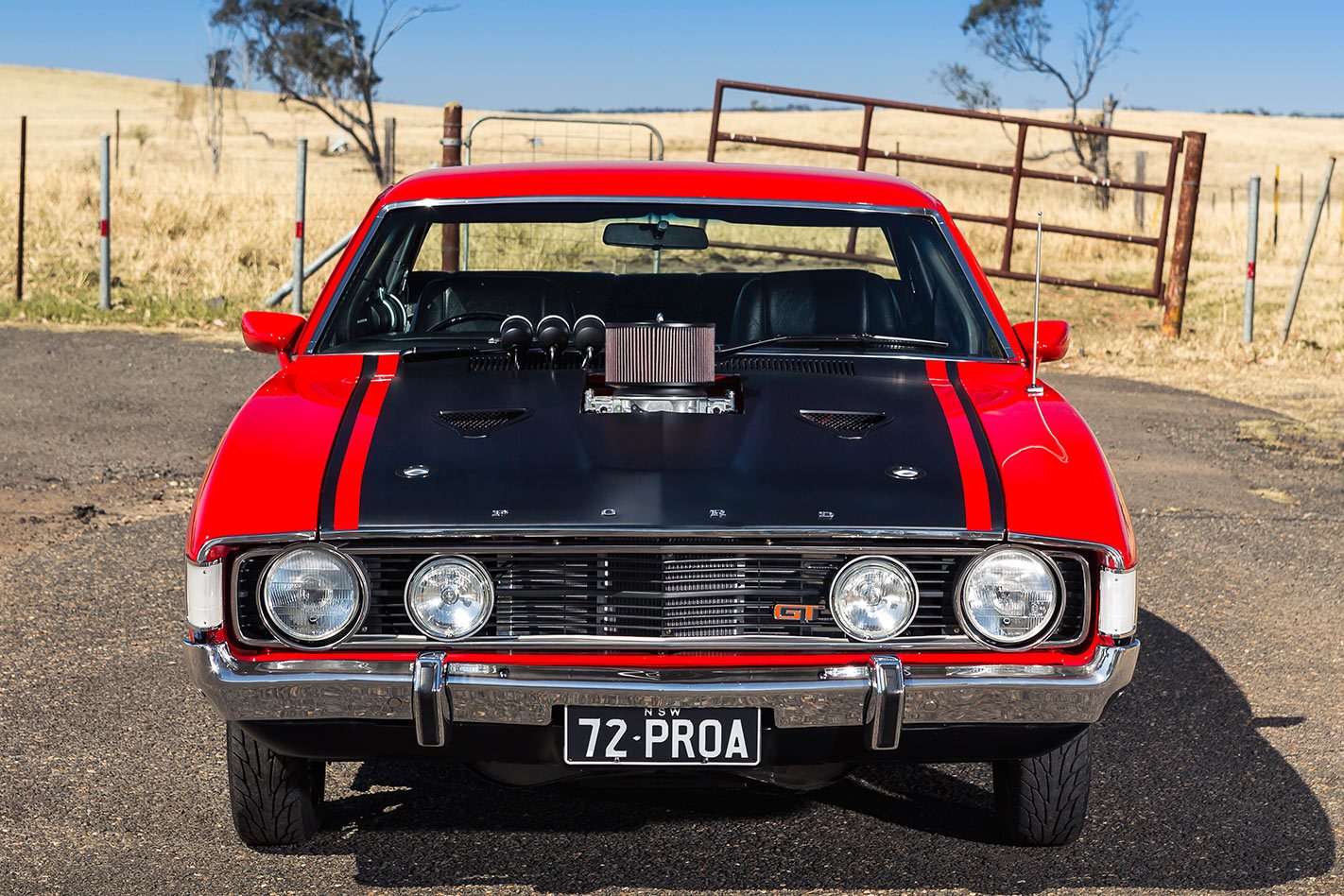 In keeping with Lorenzo’s vision, a couple of strict stipulations were in place for the engine. “I wanted twin four-barrel carbs, and to use the original engine,” he says. “And as I’ve known Jason Mansweto for a long time, I trusted him with the build. He reckoned we’d get 700hp out of that set-up, and he was right on it.” 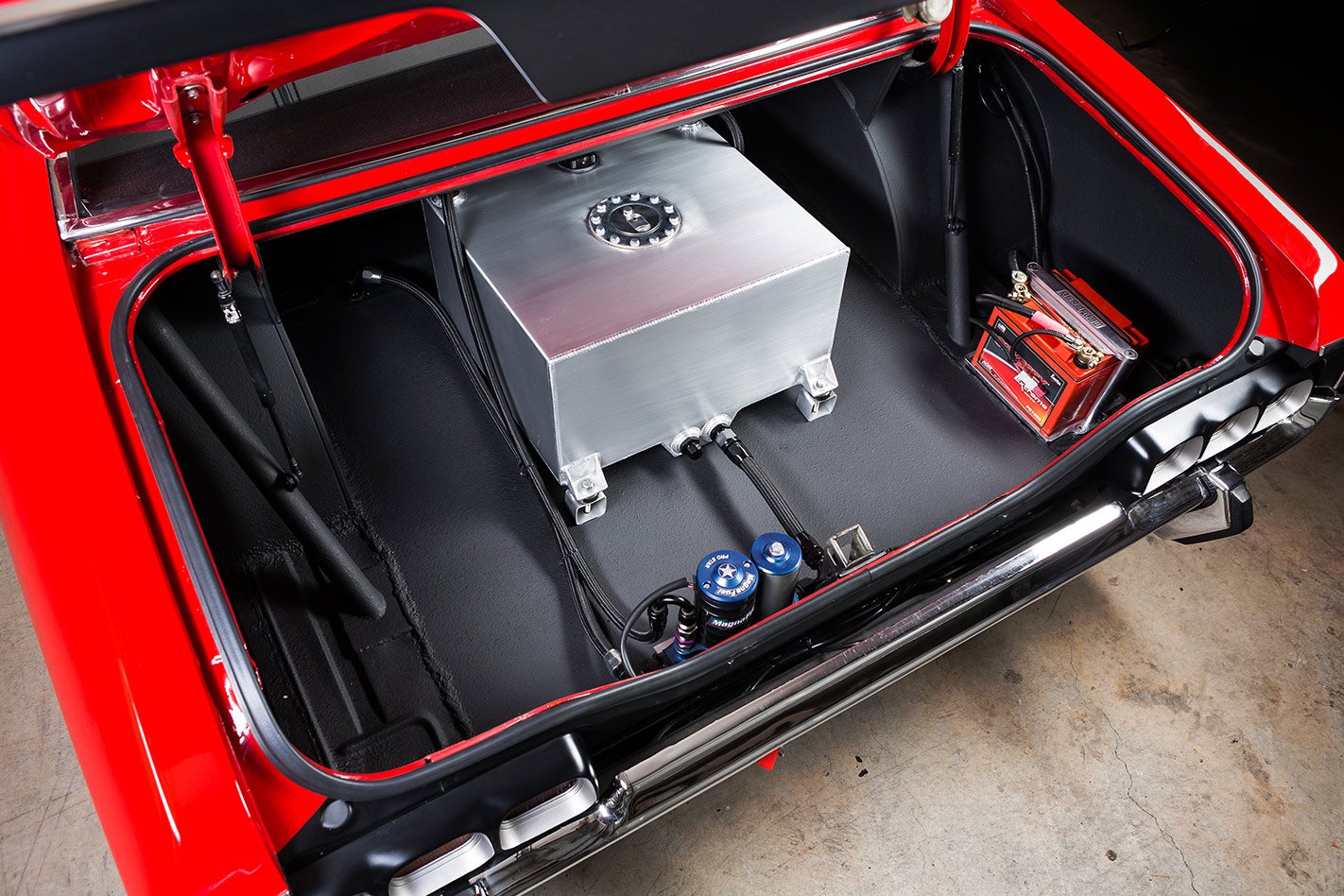 Tristan ‘Tricky’ Triccas CNCed a custom-made manifold to team with the twin Pro Systems Dominator 750 carbs. “Tristan tried to talk me into a single carb but I was adamant on the twins, so it cost a lot of money to make that work,” Lorenzo grins. Underneath, the 351ci Clevo is stroked to 393 cubes with a Scat crank, flat-top pistons, CNC-ported CHI 3V alloy heads and a Camtech solid bumpstick. 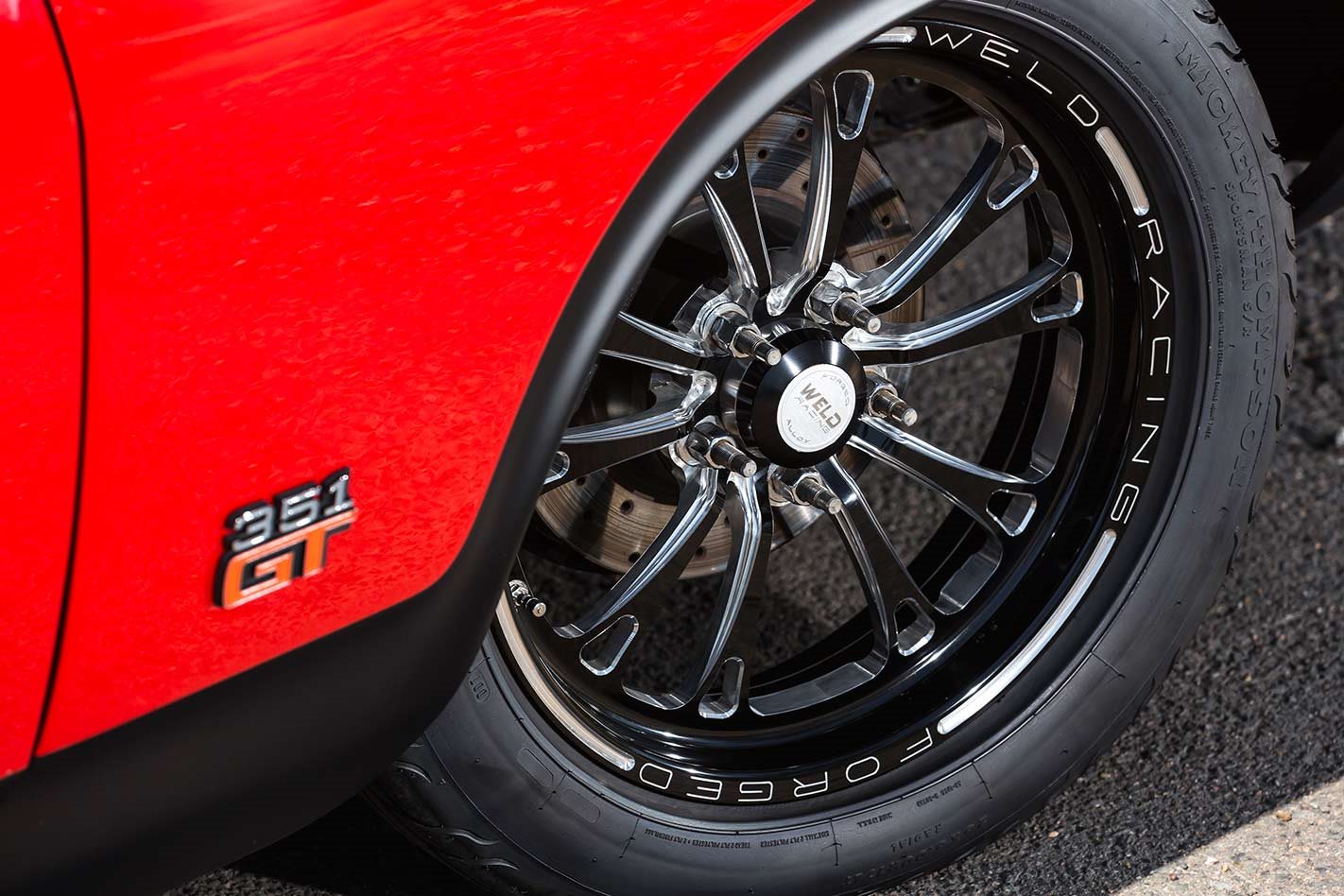 Backing the motor is an Al’s Race Glides C4 trans with a 6500 Dominator converter. This feeds to a three-and-a-half-inch tailshaft bolted to the shortened nine-inch, packed with 4.11s, a Truetrac and 31-spline Strange axles, built by Lorenzo’s mate, Tony. 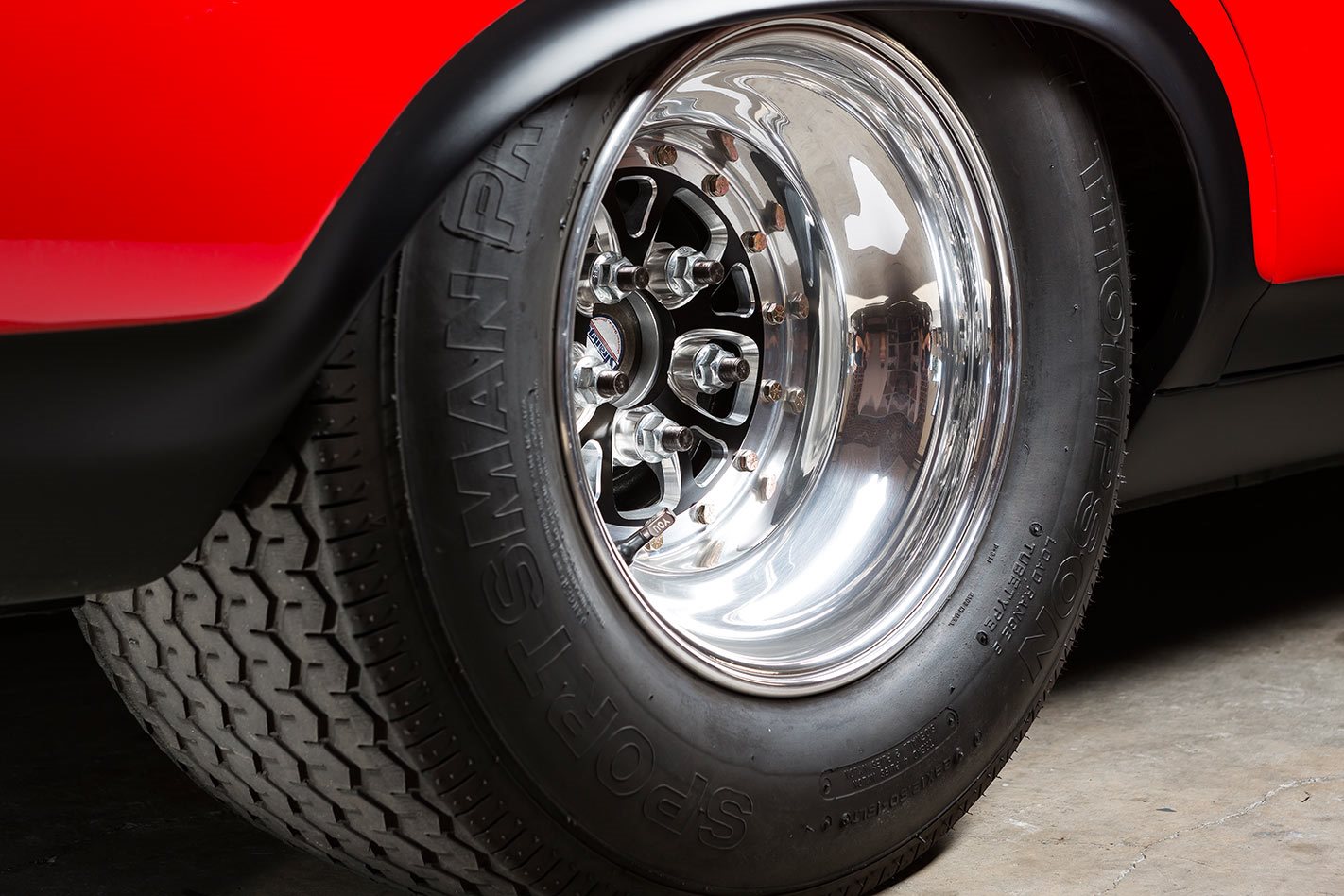 Fat rubber is a must for any pro street build and, wrapped around Weld V-Series rims, mile-wide Mickey Thompsons give Lorenzo’s classic XA a fresh, modern appeal

Keeping with the drag theme, there are QA1 coil-overs up front and a re-built rear leaf set-up with a 4.5-inch squat. Under all four corners are the modern go-to drag rims: Weld V-Series, with skinny 17x4.5-inch front-runners and meaty 15x12.5s under the bum. 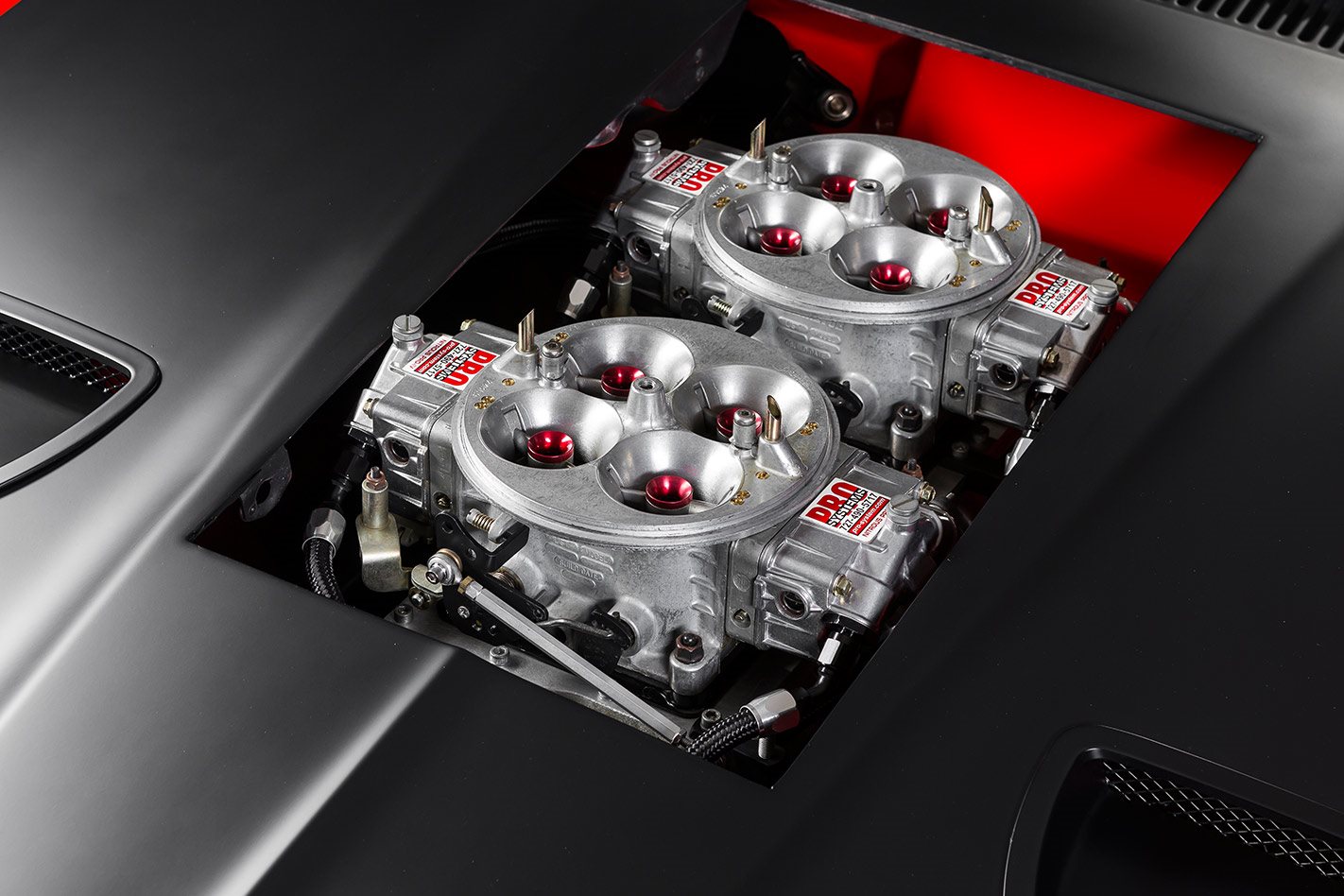 With speed a factor, the car had to be red. Lorenzo’s rello Albert smoothed the body out before drowning the sedan in PPG two-pack Ford Race Red with gloss black-outs. Later on Lorenzo changed to matte black-outs, thanks to Dom at TM Smash. 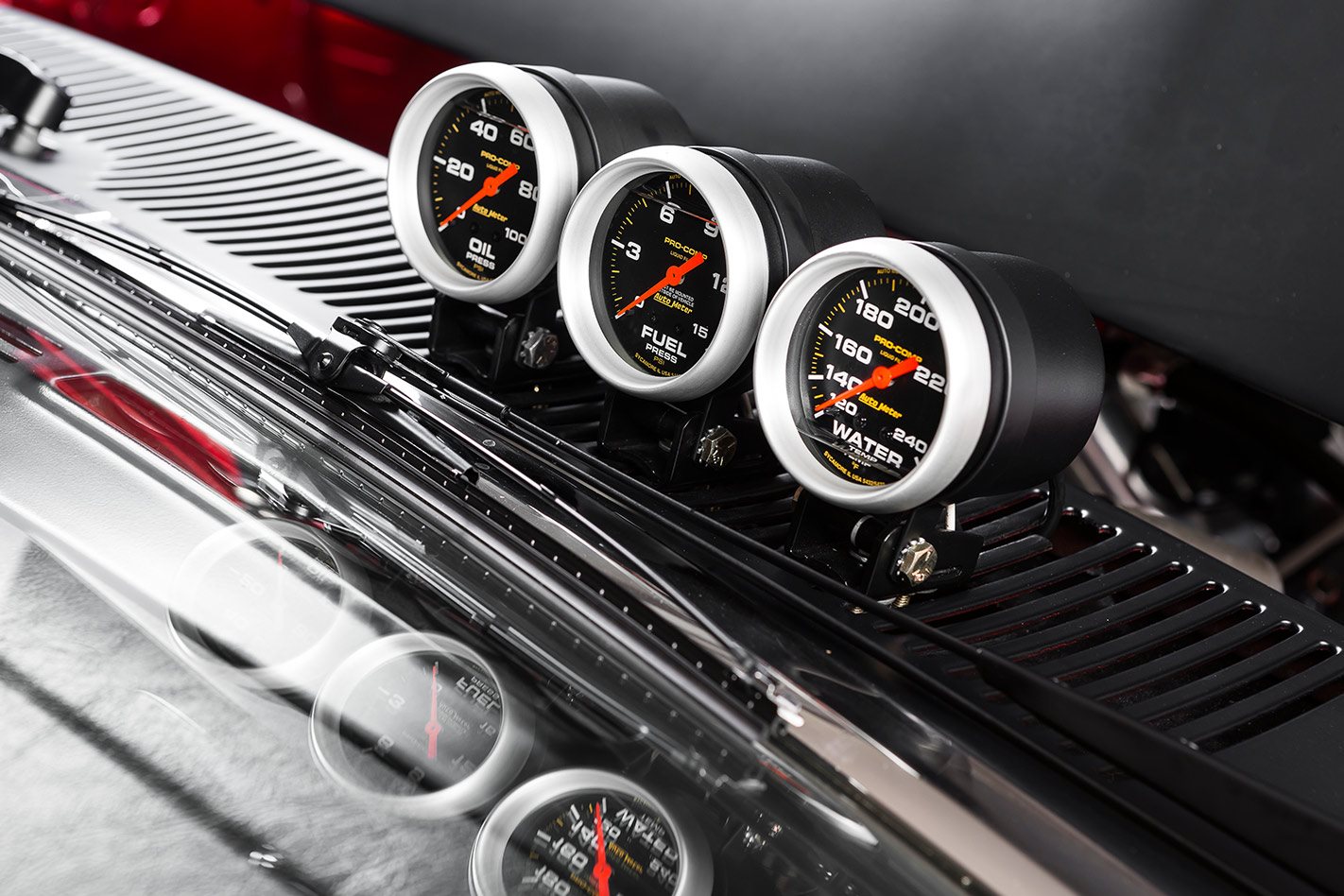 “As the XA started to come together towards the last few years of the build, I realised that it was coming out too nice and it should be more than a dedicated drag car,” Lorenzo says of his move to a street-and-strip XA; a move that forced him to rethink some things. 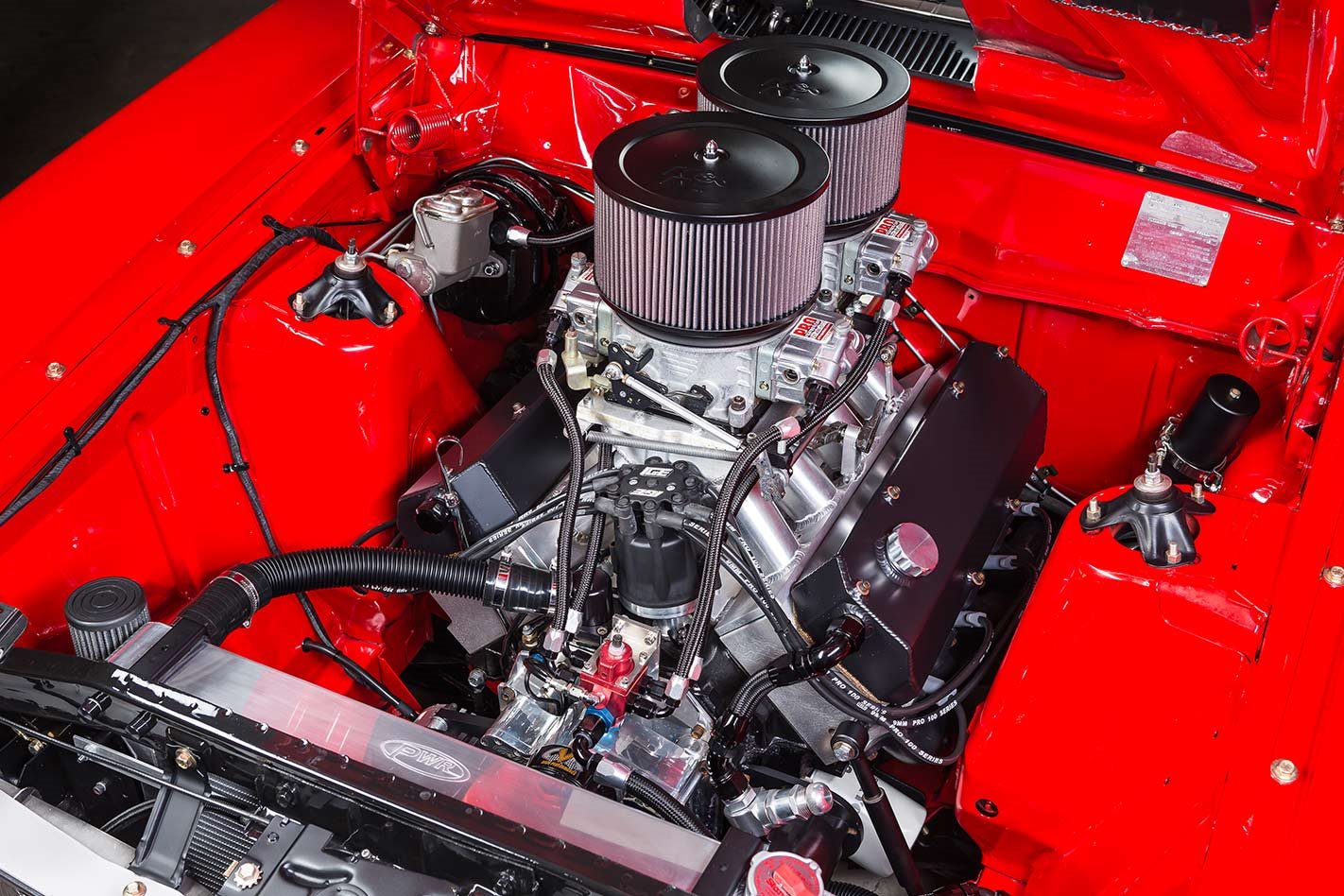 “Everything in the engine bay had to serve a purpose, so I eliminated anything that didn’t need to be in there,” Lorenzo says of his super-sano bay that lets the towering twin carbs do all of the talking 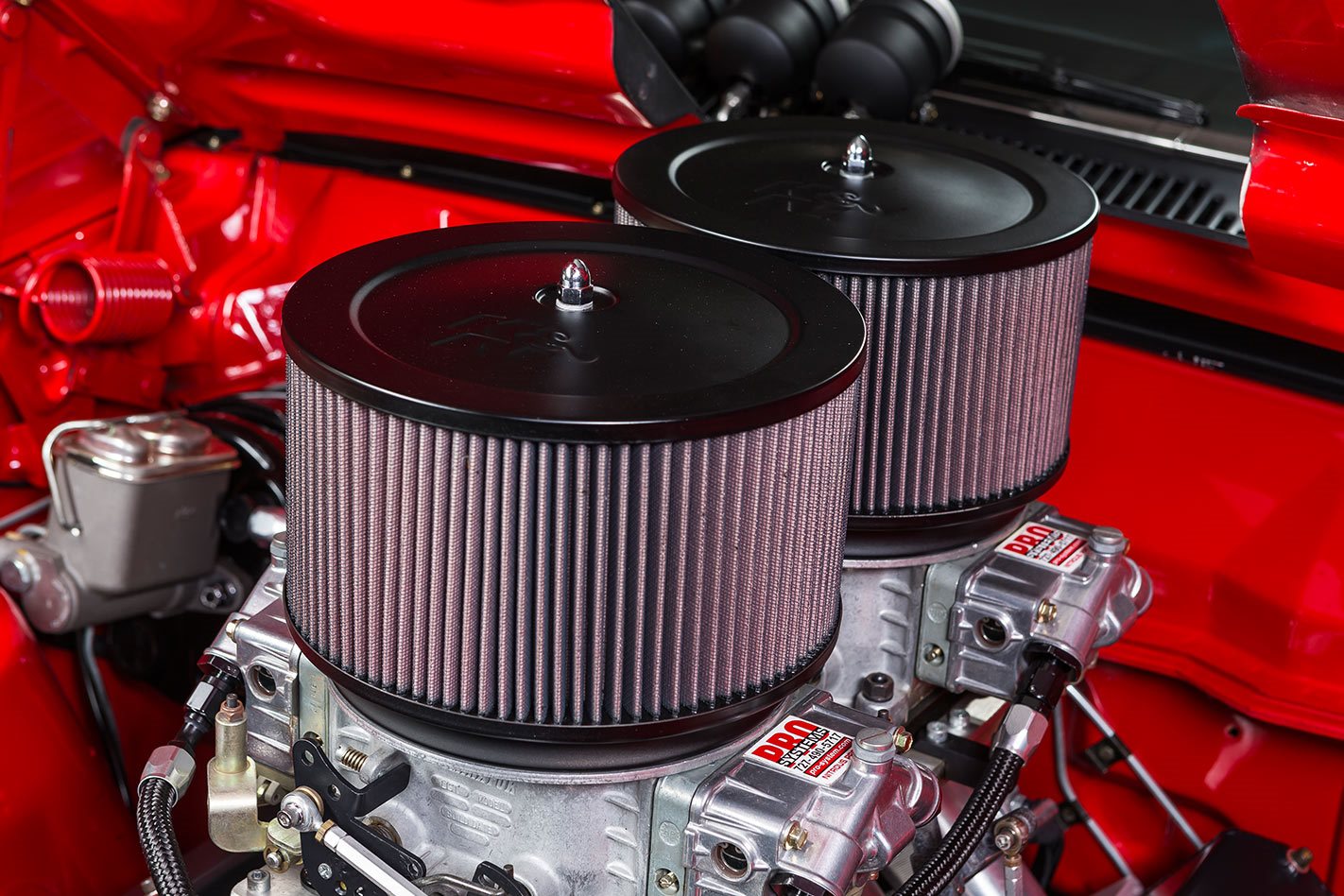 Lorenzo and a mate then finished off the now road- and strip-ready interior. It’s all GT-spec inside, with the seats trimmed to suit, while the tiller and refurbished dash are both genuine GT units. To one side is an Auto Meter tach, with more gauges peeking through the windscreen. 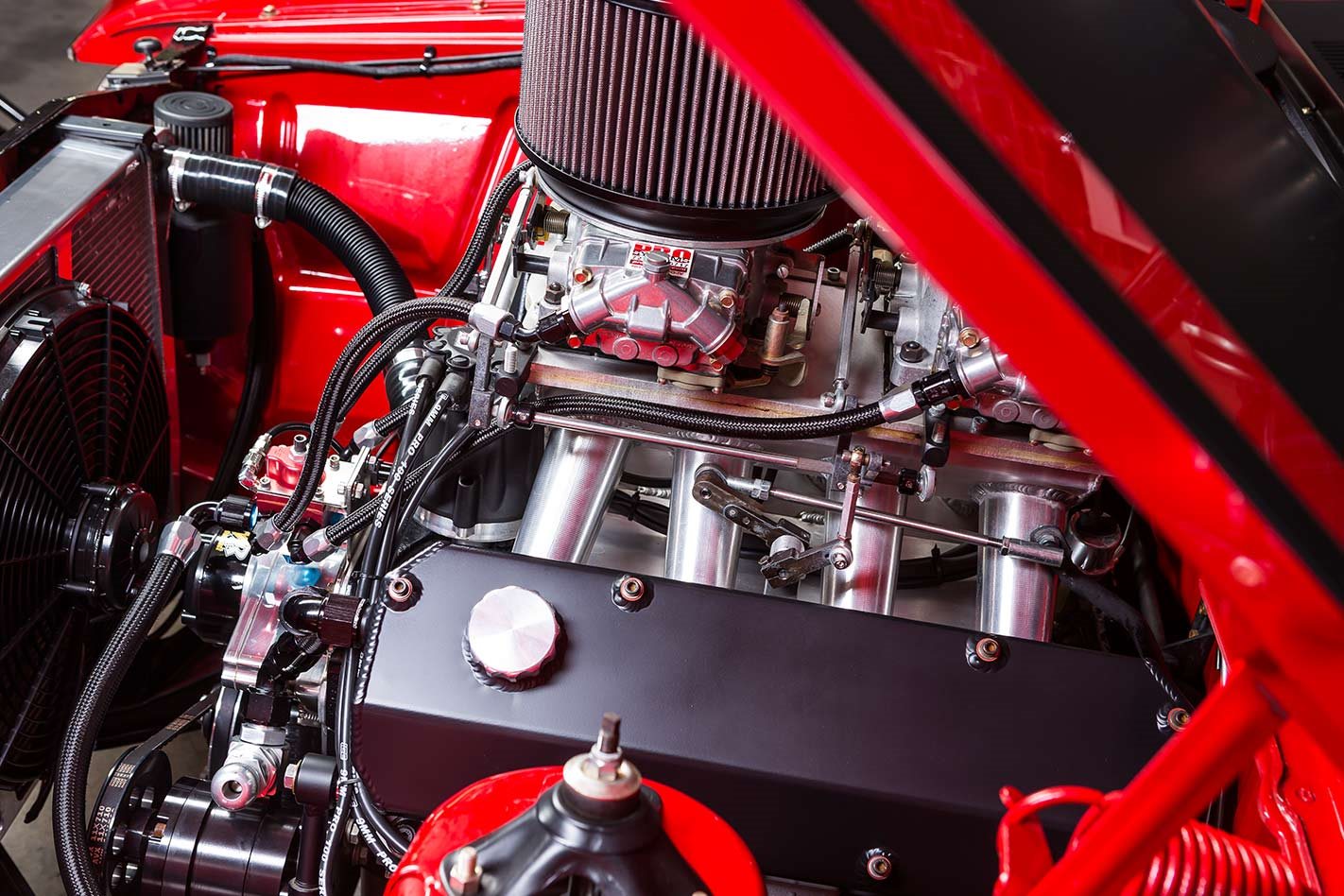 “Some of the best times during the build were when my mates came over to work on the car. About 90 per cent of what I did at home was with help from friends,” Lorenzo says. “It was a long, long process, as I was also racing, starting a new business and building a house. Early on I began working on bikes after-hours at home to pay for the XA. When that took off I then had cash but no time to work on the car! 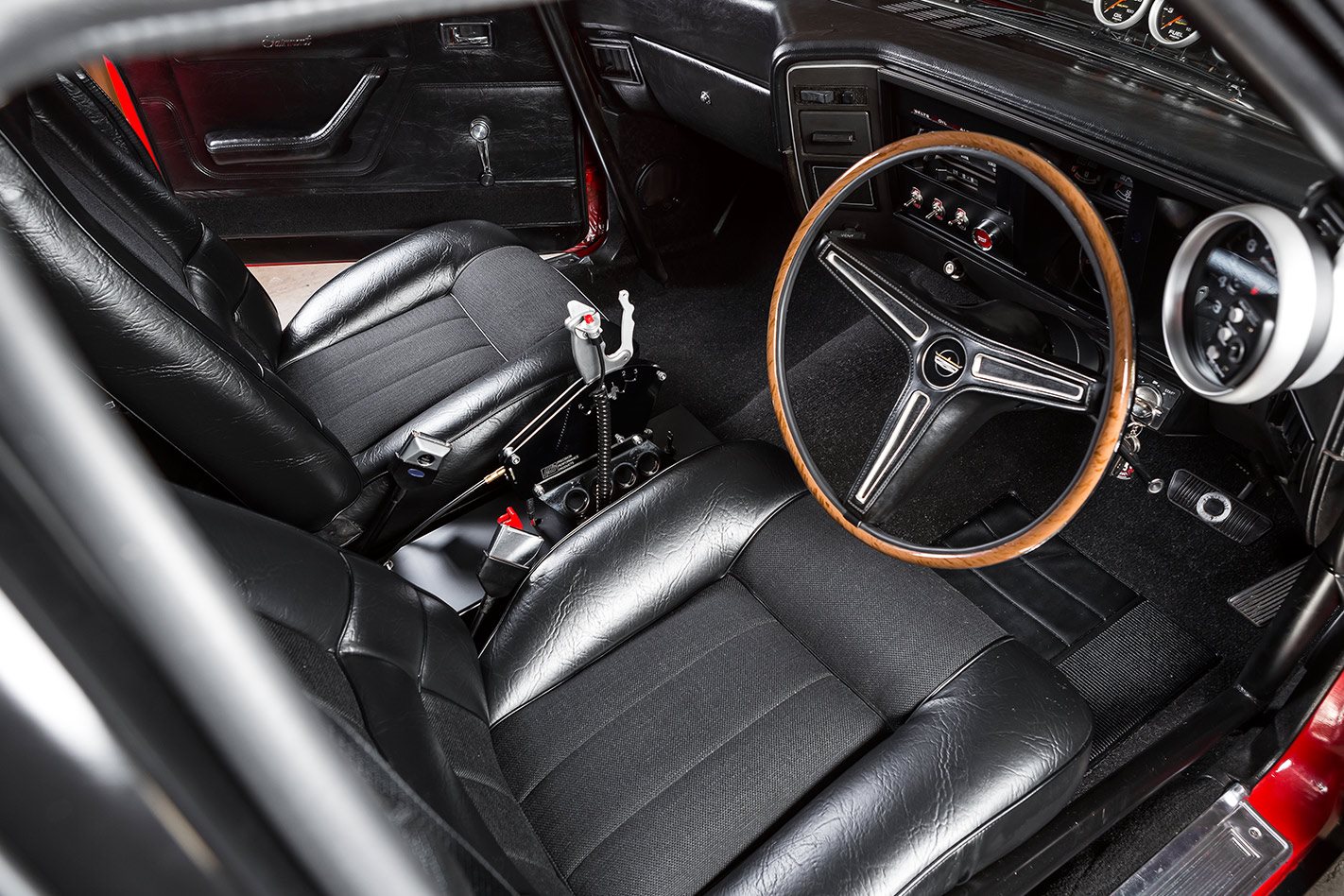 Classic 70s interiors with mild tweaks are the new black, and the XA's cabin nails it. Lorenzo’s upped shifting duties thanks to Precision Performance Products, but other than that, the Auto Meter tacho and a couple of subtle switches, it’s all factory goodness

“Now that it’s finally done, the feeling of accomplishment is amazing,” he continues. “I wouldn’t do anything differently; it’s perfect in my eyes. All I want to do is drive it. I’m not too fussed about racing at the moment, I’m enjoying the car as it is – it drives incredibly well.”

And although he’s won a few trophies at local shows, it’s the time behind the wheel that Lorenzo craves. 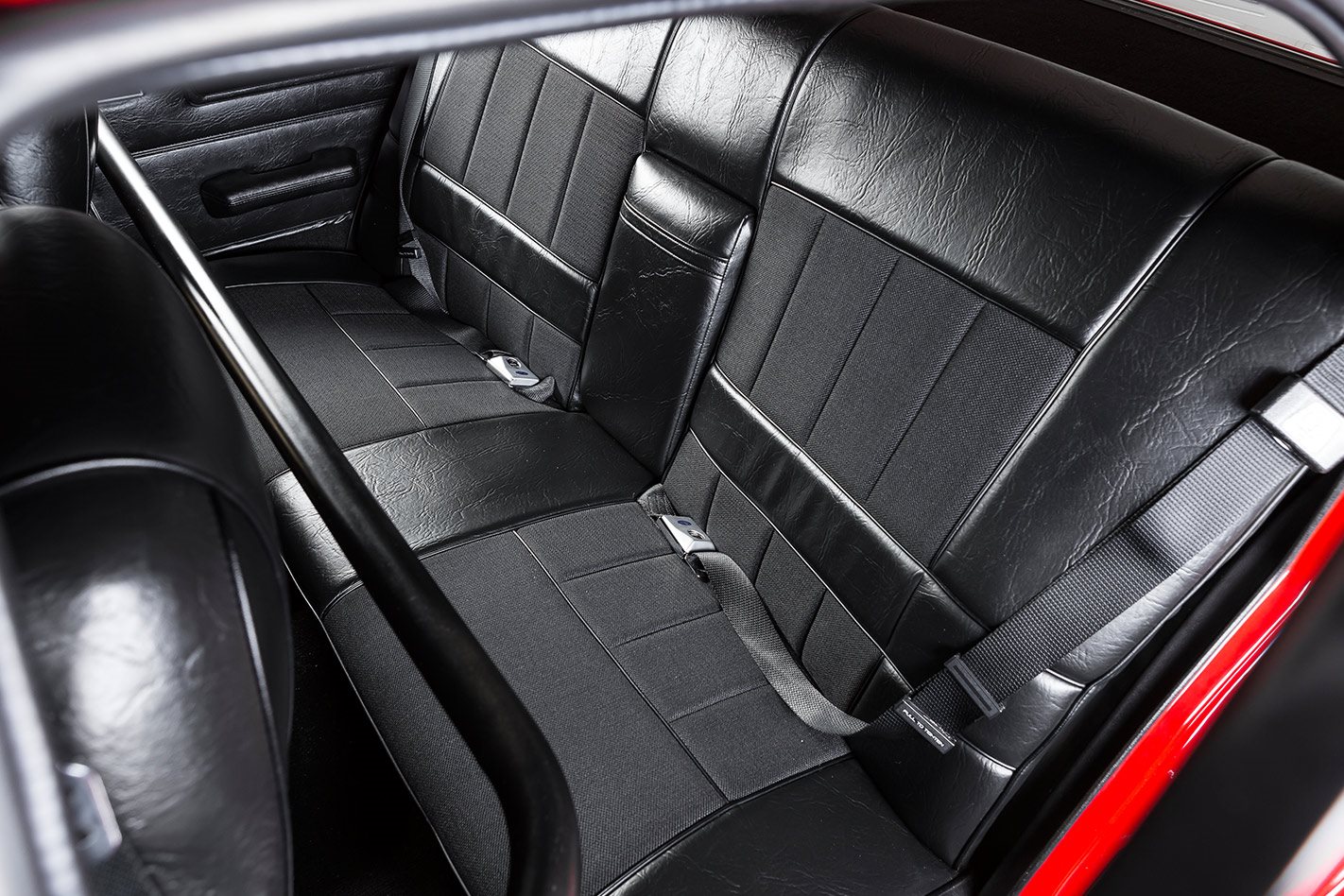 “I’d prefer to take it on the monthly Facebook-organised Street Muscle Cruises. I just love using the car. To get in and see the original dash with everything working and exactly how I want it; I can’t get enough of it.” 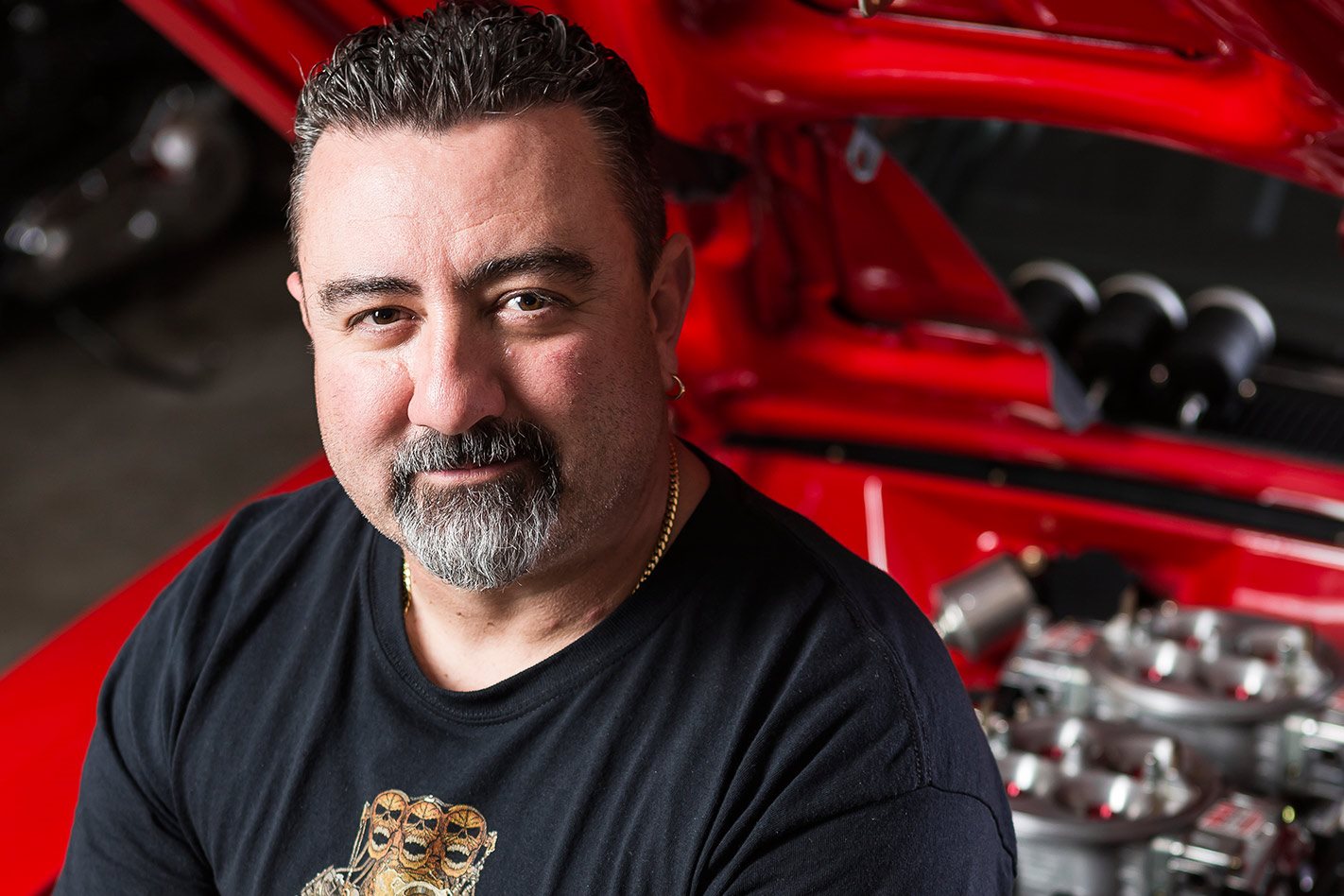