FORD’S BA Falcon XR6 Turbo became a cult icon almost overnight thanks to the epic performance the turbocharged 4.0-litre DOHC Barra six-cylinder gave it. But, as Motive DVD’s Andrew Hawkins reckons, nearly 20 years on from its launch, a stock 240kW BA Falcon does have some drawbacks.

“Everyone goes on and on about Barra Falcons so we had to do one on the channel, but I really didn’t like it,” says the event organiser and noted Nissan fan. “I thought the Falcon, in standard form, was ugly, way too heavy, it didn’t handle well, and it had a terrible seating position.

“I took the stock car to my buddy Daniel “Grub” Feil’s workshop, Impossible Fab, and he asked me if I trusted him. I said, ‘No.’ I came back a few days later and this is the result.” 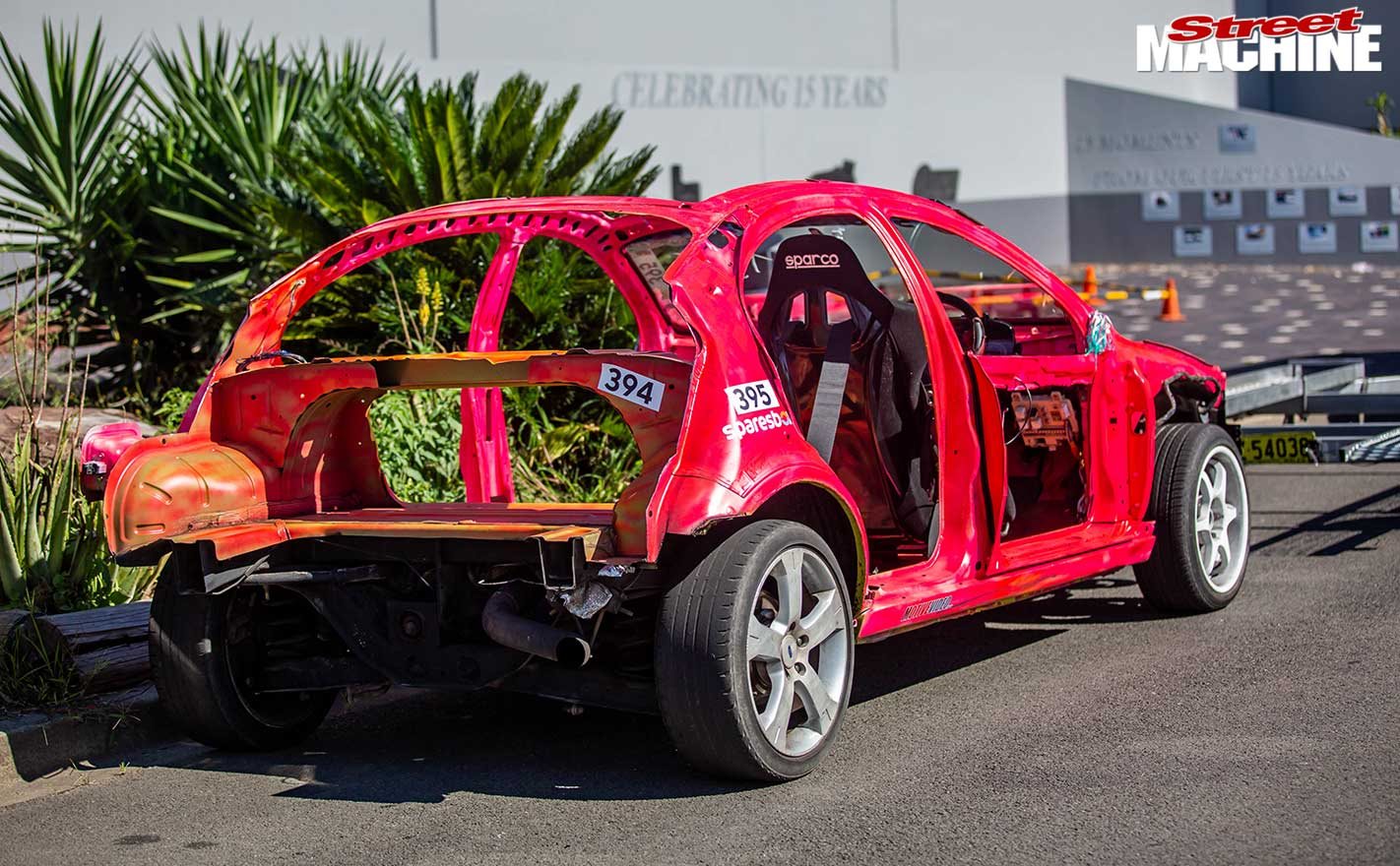 Starting with a 2005 BA Series II XR6 Turbo sedan, resplendent in Citric Acid green and costing $3250, it came with a BTR auto and more than a quarter-million kays on the clock. Grub spent a couple of days cutting every piece of non-structural metal off the car before coating the result in a wonderful shade of Barbie pink.

Read next: Why is the Ford Barra motor so good?

“We took it down to the GT-R Battle in Cootamundra and it was epic – I could drift the entire runway,” says Andrew. “It just bakes second gear now, but it wouldn’t do anything when it still had a shell on it! These stock XR6 Turbos are great… once you pull 500kg of bodywork off them!” 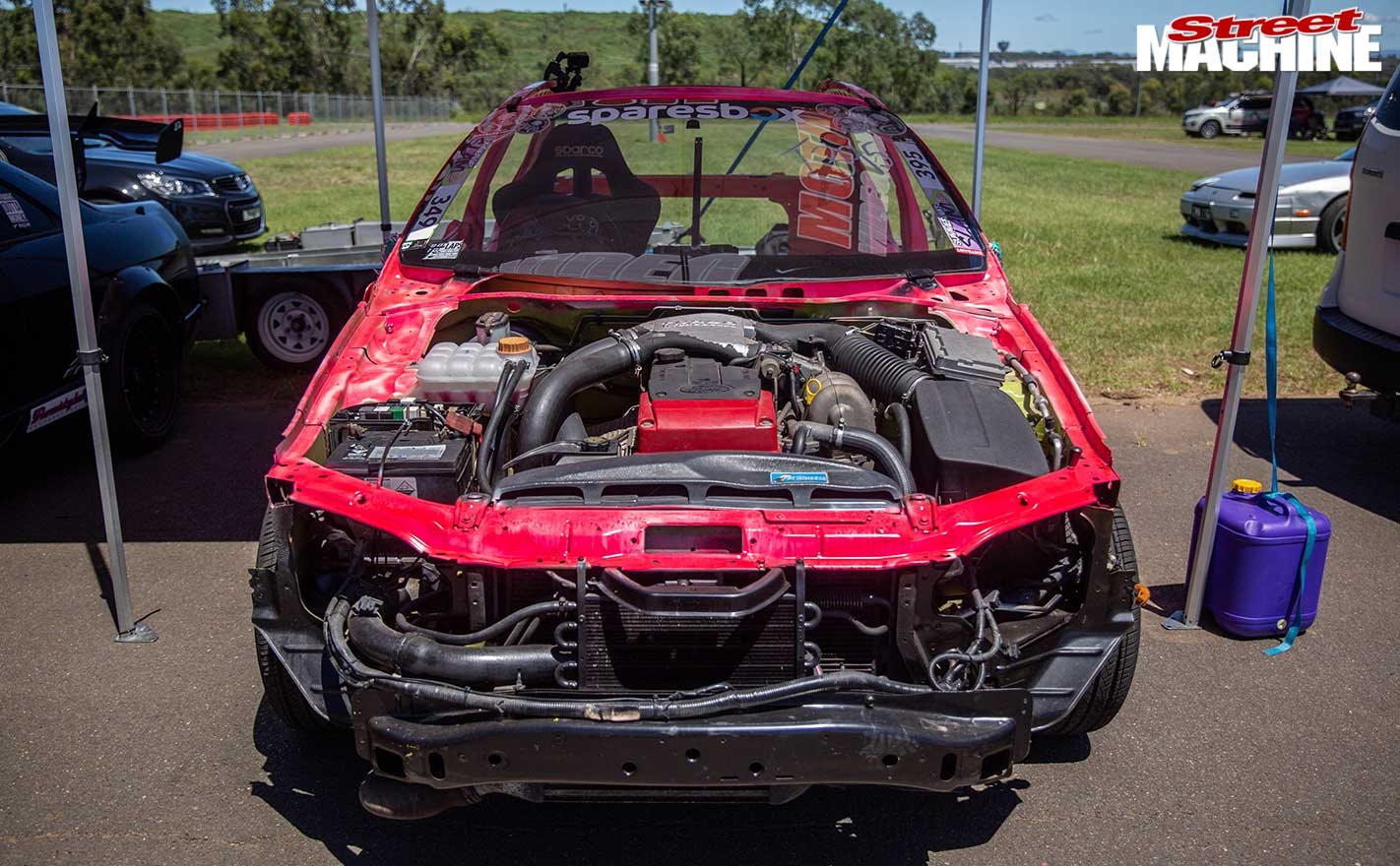 The great-granddaddy of these builds was Hot Rod’s Caddyhack, from the magazine’s February ’87 issue. Editor Pat Ganahl hatched a scheme to take a ’70 Cadillac Coupe de Ville and see what performance could be gained by simply removing body panels. The team took the fully loaded, 6780lb Caddy and removed the entire body to land at 2900lb – reducing ETs from 17.22 seconds to a credible 13.55.

In 2010, Hot Rod revisited the idea, turning a ratty C4 Corvette into a stripped-down skeleton called the Vette Kart. The initial diet removed 900lb from the Vette – improving the car’s times around a figure-eight track by around 10 per cent. The Vette Kart went onto greater fame as part of the Roadkill fleet. 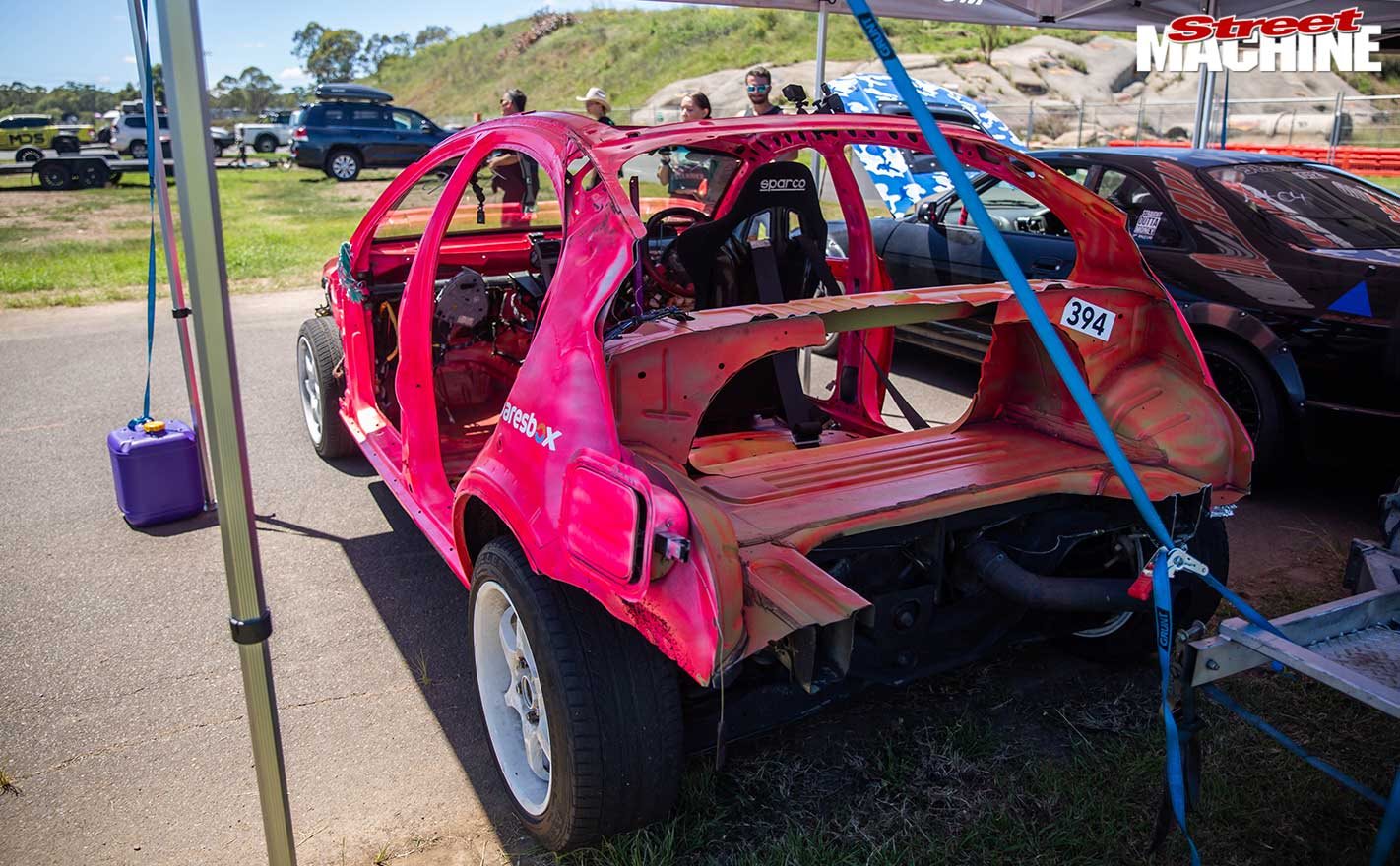 The Carnage team had a crack at the concept with the Toxic Avenger Territory in 2018. Scotty Taylor started with an AWD Ford Territory with over 300,000km on the clock. After setting a 16.66-second baseline at Calder Park, Scotty, Broads and yours truly got busy, cutting up the SUV to reduce the weight from 2130kg to 1475kg. That got the big bus down to 14.98 seconds. Success! Adding nitrous saw the times drop into the low-14s before a nitrous explosion and engine bay fire ended the party.

Scotty and the Maxx Performance crew later converted the thing to turbo specs, achieving 444hp at all four tyres. The result at Heathcote Park was a best of 12.11 seconds. Decent rubber and a locked rear diff may have gotten the Toxic Avenger into the 11s, but Street Machine’s long-suffering OH&S department called time on the project. 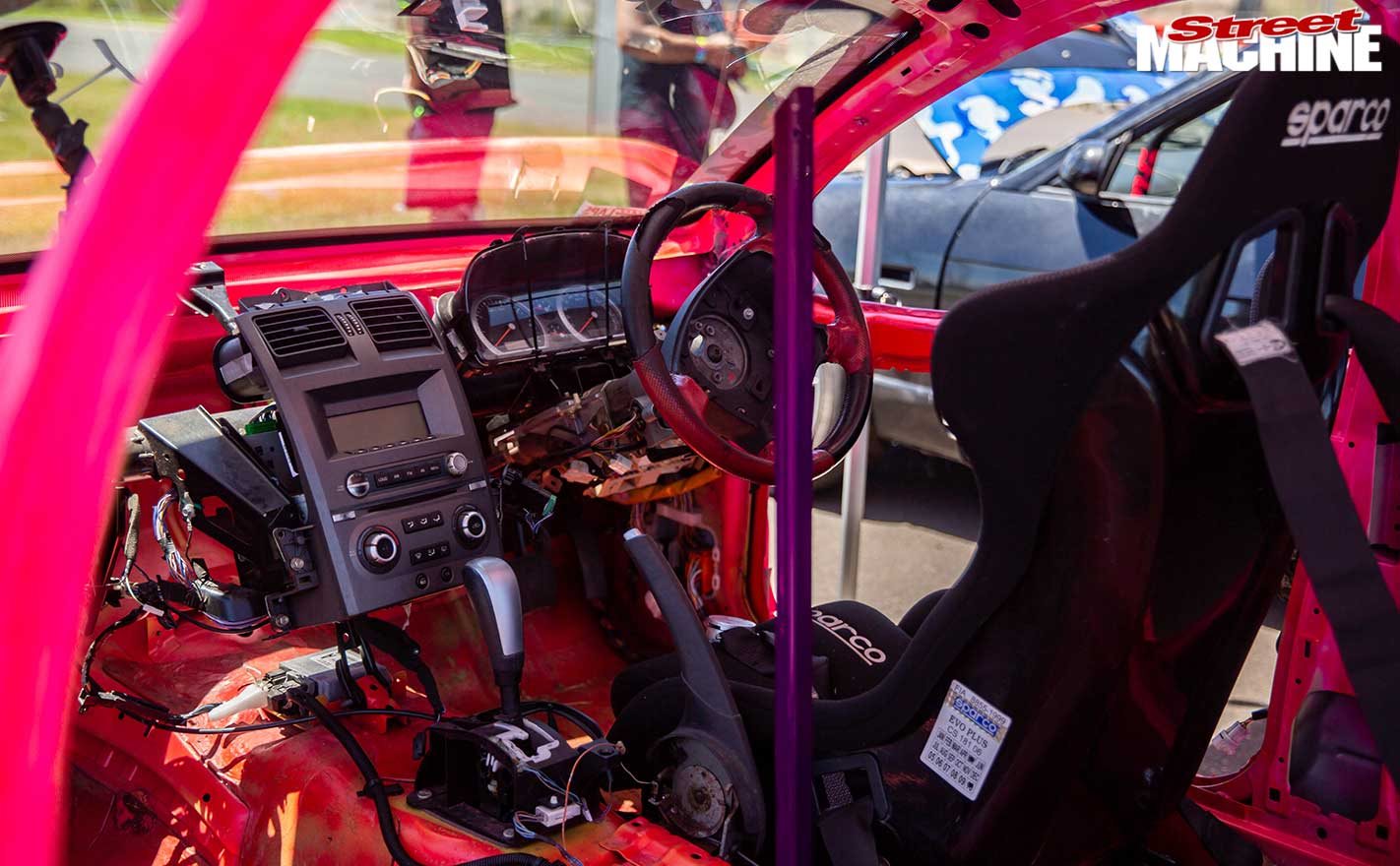 While there are currently similarities between the Motive XR6 and Carnage’s cut-down Toxic Avenger Territory, Andrew has big plans for his BA to turn it into a lightning-quick machine that can stop and steer.

“This won’t be an Australian Vette Kart, but I do want to keep the BA front end and Control Blade IRS because if I get rid of them it’s just a Barra in a tube-frame race car,” he explains. “It’s mechanically standard now but I’m about to pick up a bunch of parts because we have plans for this car. And you’ll see it all unveiled on the channel in due time!”