The story of a daredevil who wants to jump a mile

EDITOR Telfo sent me a YouTube link to the documentary film The Devil At Your Heels, suggesting it could be a great Fanging Flick. He wasn’t wrong. I can’t remember the last time a film so enthralled me or stirred such a mix of emotions; it’s riveting, a little confusing and even unintentionally comical, but above all else I found it quite sad. 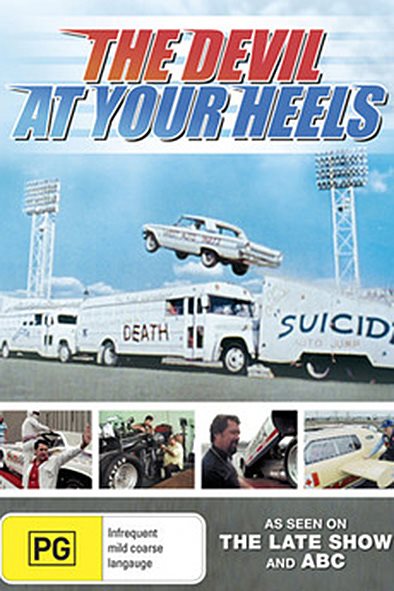 Growing up in the 70s and early 80s I was obsessed with stuntmen and especially the antics of Evel Knievel; I had his posters, toys and bought his showbags. I even wore a thin plastic replica of his helmet the time I (unsuccessfully) rode my BMX over cricket stumps I’d laid flat on the driveway.

So I was surprised to learn of Ken Carter, a Canadian stuntman from the same era who claimed to be on par with Knievel as he jumped, crashed and repeatedly broke himself performing stunt shows across the US and Canada. 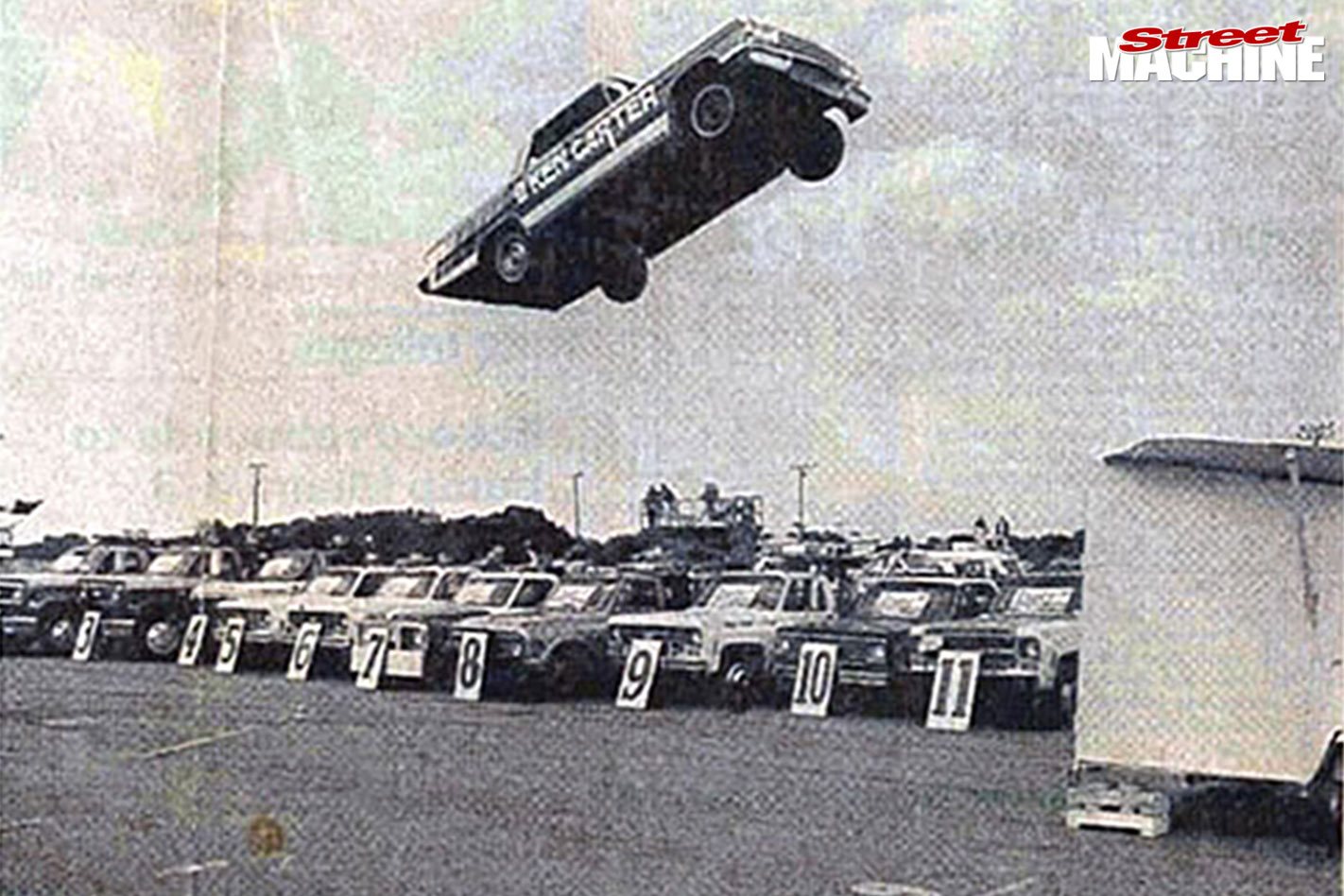 This documentary follows his dream to become the greatest daredevil of all time by jumping a jet-powered Lincoln Continental across a mile-wide strip of the St Lawrence Seaway, which separates Canada and the USA. Over the course of his five-year obsession, Carter battles construction, financial and mechanical woes, ongoing delays, and the ever-increasing doubt and ridicule of his colleagues and fans. Even the film’s narrator (Pinsent) can’t mask his increasing sarcasm as this epic story plays out.

One can’t help but wonder what Carter was thinking, especially given the precedent set by Knievel’s ill-fated 1974 canyon jump. Yet amidst this comedy of errors, which unfolds as painfully as a toothpick skewering your balls, you see a man with a passion and vision – as misguided as it is – that you can’t help but admire, and the ability to stay positive even as his dream begins to crumble. 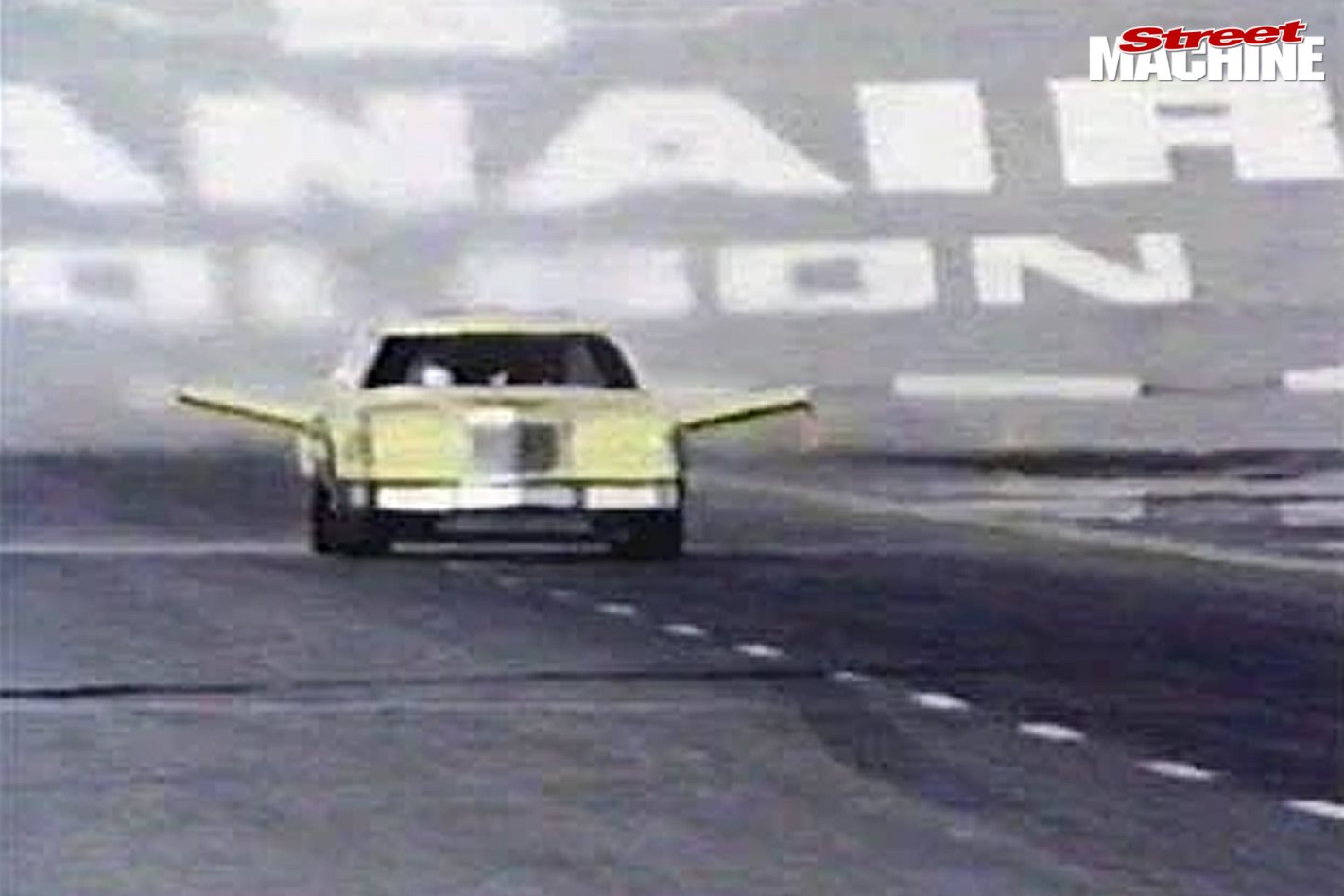 Ultimately, Carter’s story and its associated drama, personalities and tension are shaded by the film’s grand finale, as five years of pain, cubic dollars and broken relationships all come down to one last epic attempt.

YOU’LL watch The Devil At Your Heels and swear it’s a tongue-in-cheek mockumentary in the same vein as the classic This Is Spinal Tap, except this is not meant to be funny. The people, hair, clothes and subject matter are as real as it gets; just ask the residents of Morrisburg, Ontario, who had the world’s largest ramp casting a 450-metre shadow over their town for nearly a decade. Do not – I repeat – do not research anything about this doco before seeing it; set aside an hour and 42 minutes to watch it in one sitting. You will thank me for it. 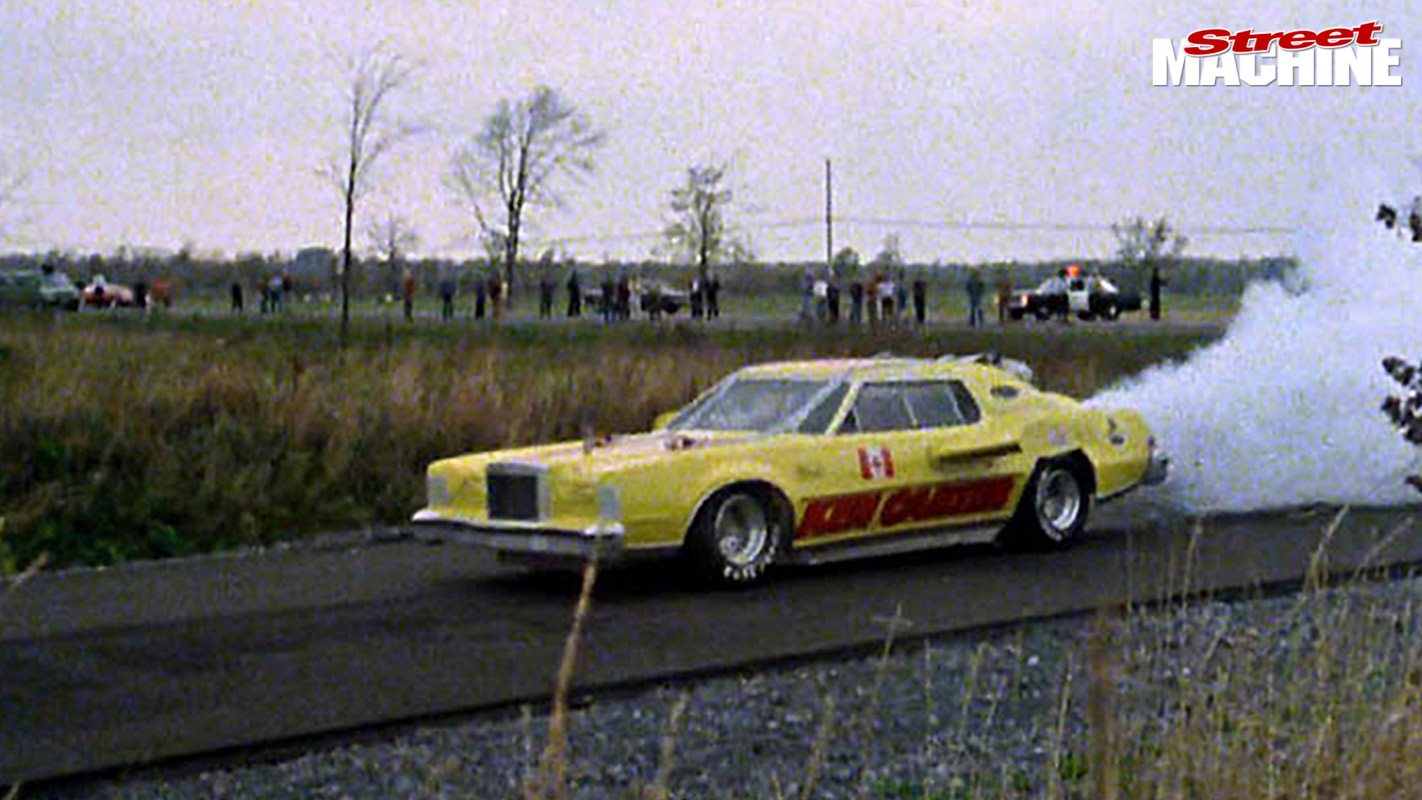 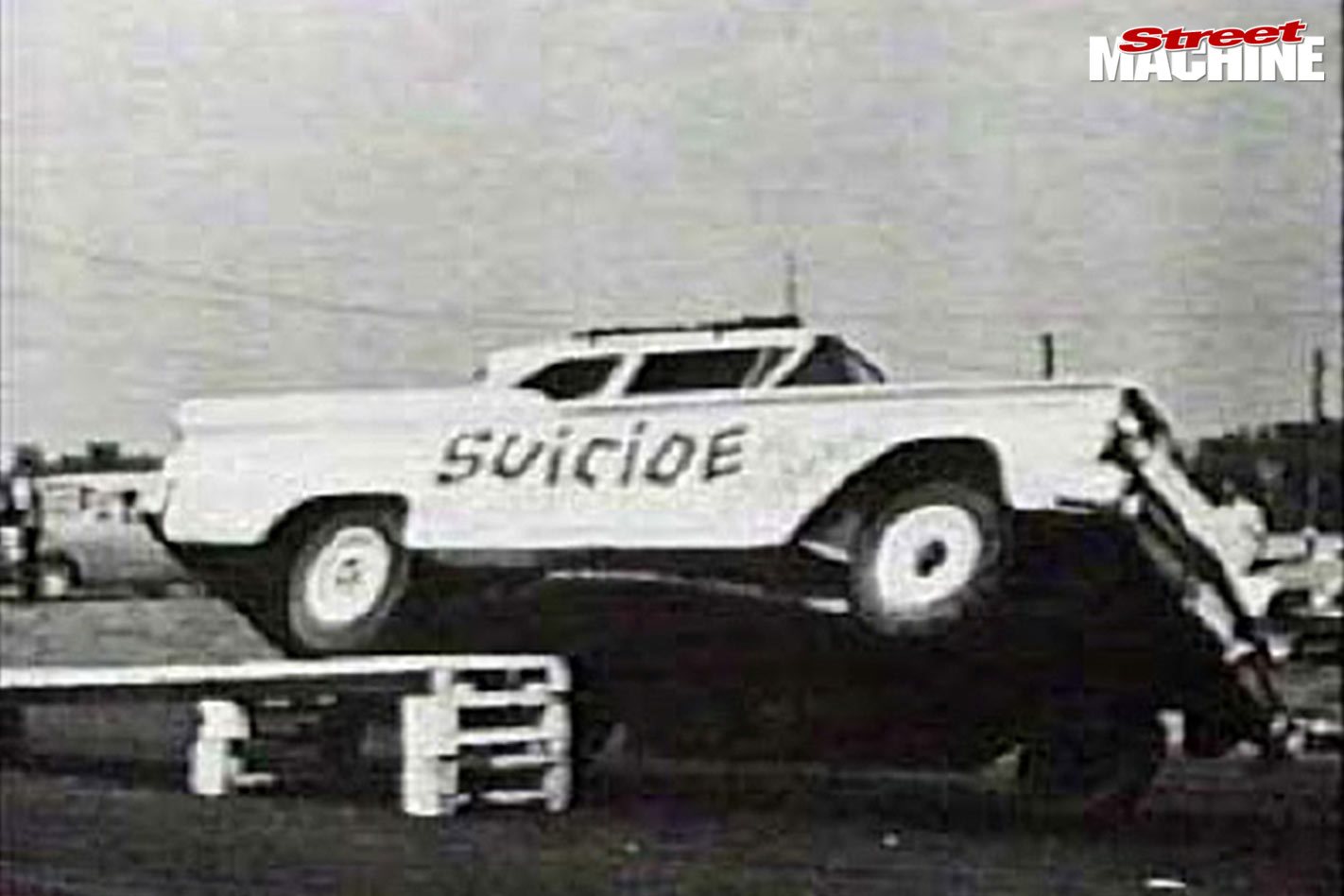 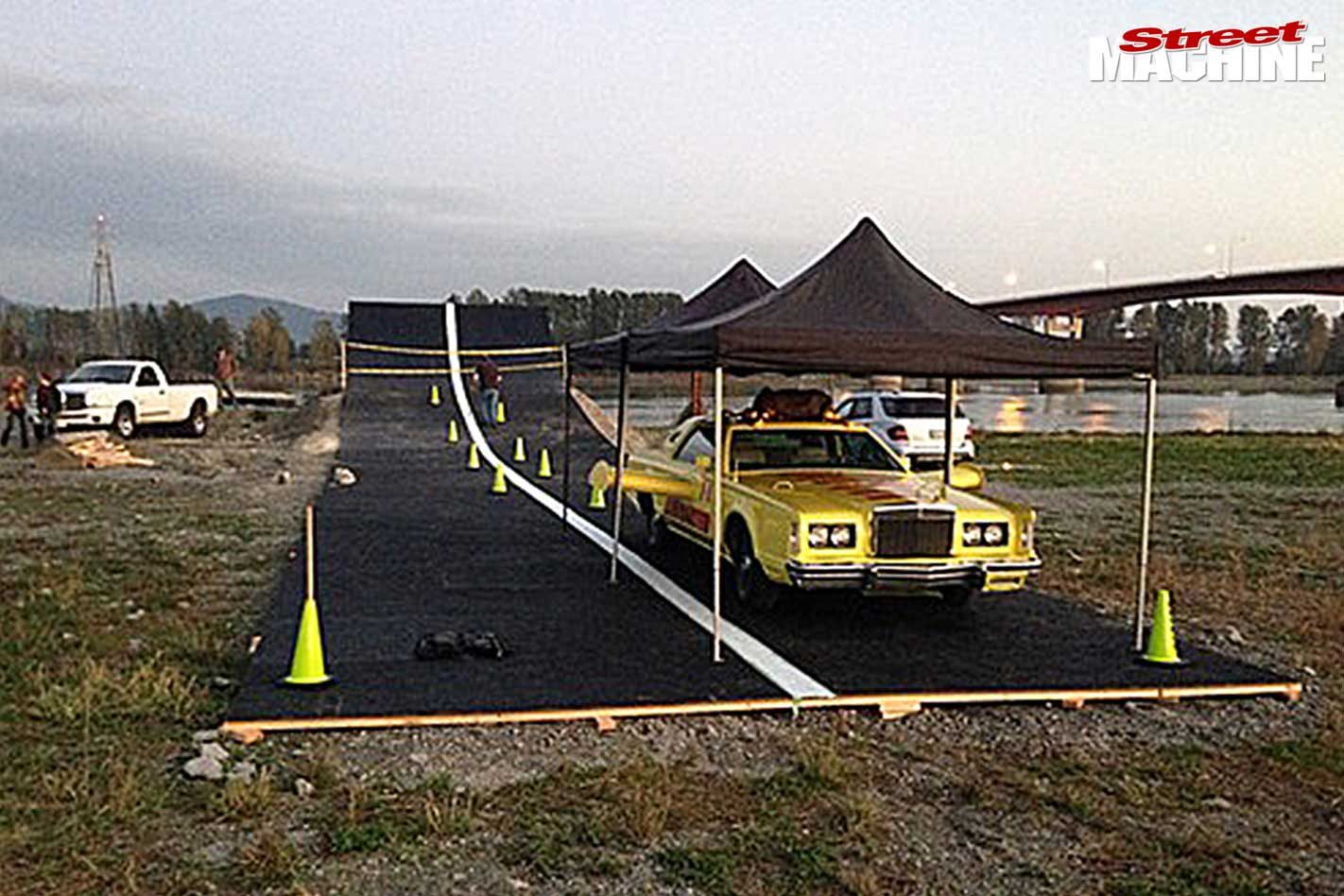 Plot:
This documentary chronicles the five-year quest of Canadian stuntman Ken Carter to jump a rocket-powered Lincoln Continental from Canada to the USA

Cool flick fact:
Struggling to rebuild his self-image as the world’s greatest daredevil, Ken Carter was killed performing a garden-variety car jump in 1983.