IT seems like Tom Beltrame has just dragged an old LandCruiser out of a paddock and shoved the biggest engine he could find into it. And that is pretty much what he did, but with an eye for style and engineering as well. 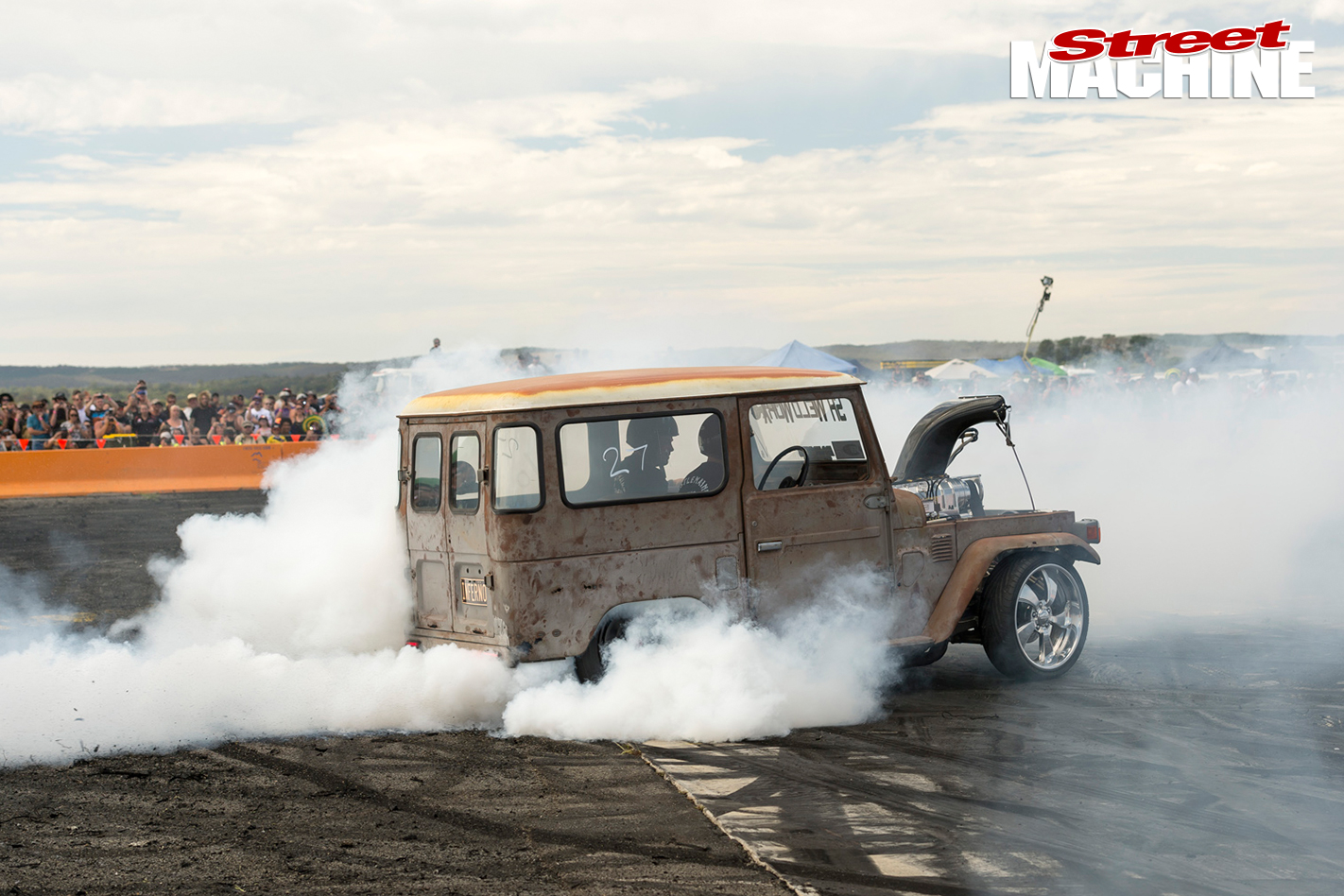 With a BNR Engines 510ci big-block Chev taking up most of the real estate up front, there’s an 8/71 TBS blower on top with a carbon hat. It pumps out 1280hp at the crank, so there’s more than enough power to turn the tyres on the stripped-bare ’Cruiser. It’s backed up by an API Powerglide that can handle 2000hp and the nine-inch out back is filled with Strange centre, full-spool and 35-spline axles. 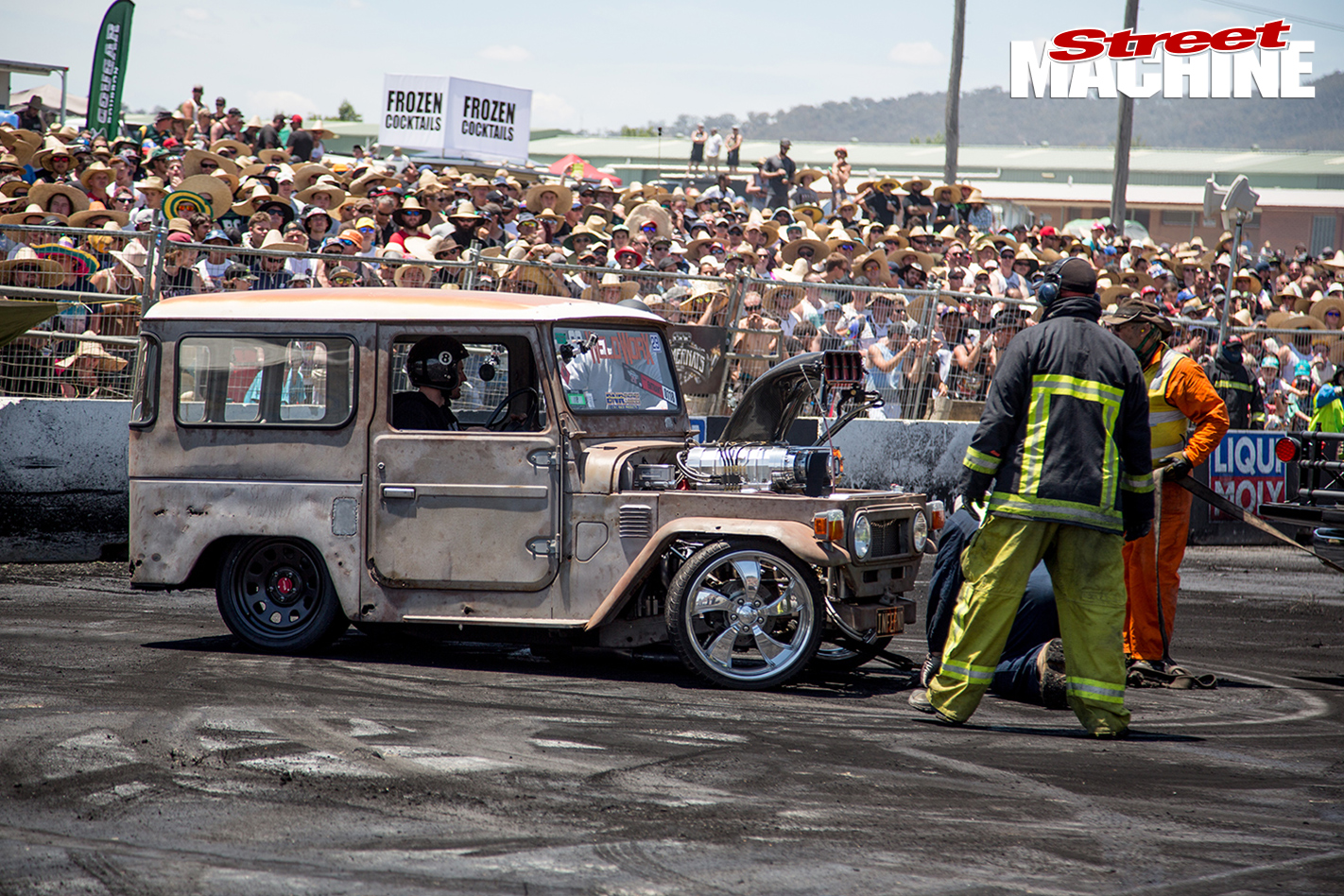 What isn’t so obvious is the amount of work that’s gone into the rest of the car. Up front there’s an IFS from Castlemaine Rod Shop that’s been welded in to the original chassis, while SA Weldworx sorted out the rear clip and a lot of the other fabrication. Inside is all business, with a Racepak dash taking care of the data acquisition along with a trio of gauges to keep an eye on the important things. 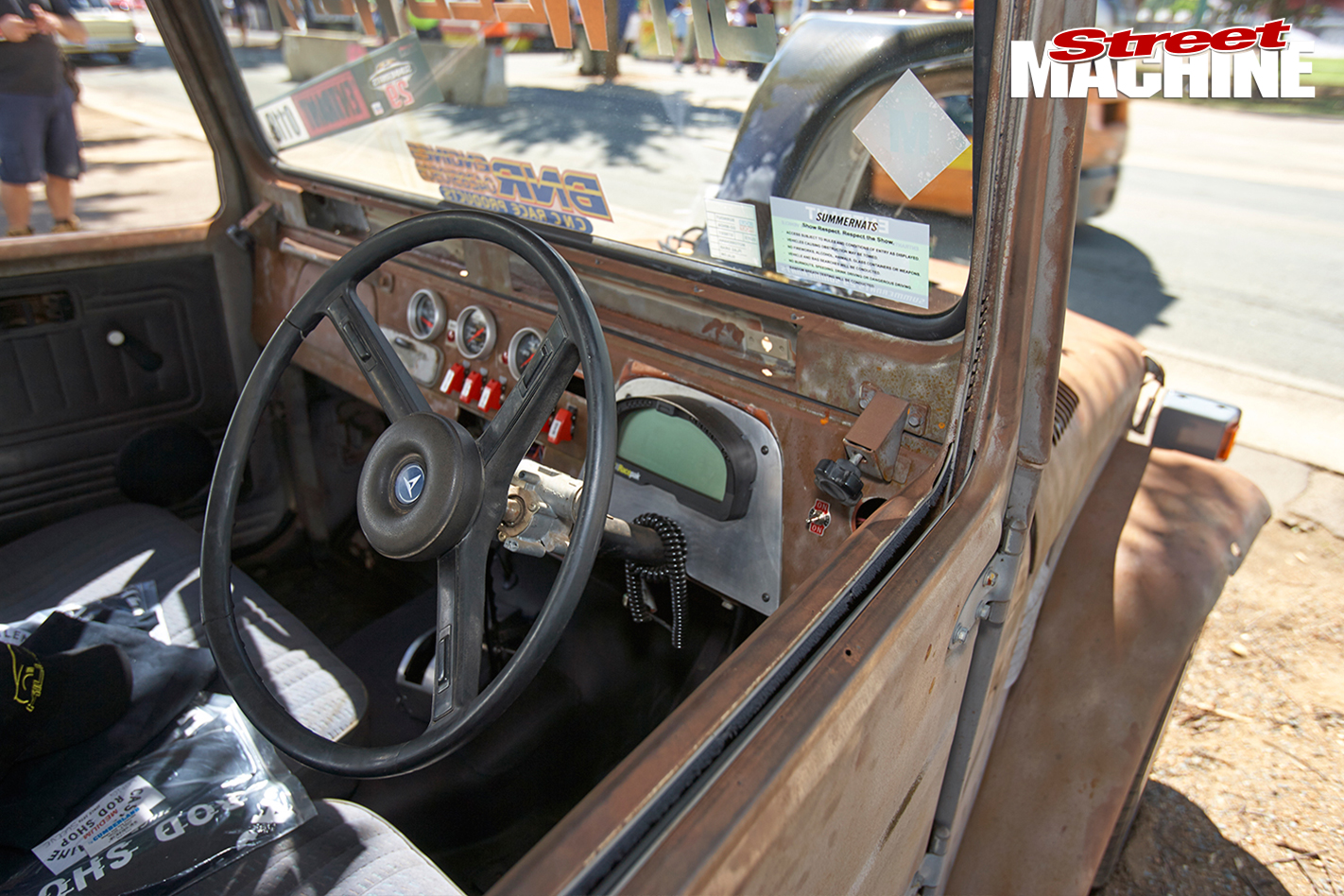 There’s a massive 120-litre fuel tank in the rear to keep the engine supplied with methanol, and a couple of race harnesses have been added – and great to see it still has the original split bench seat! 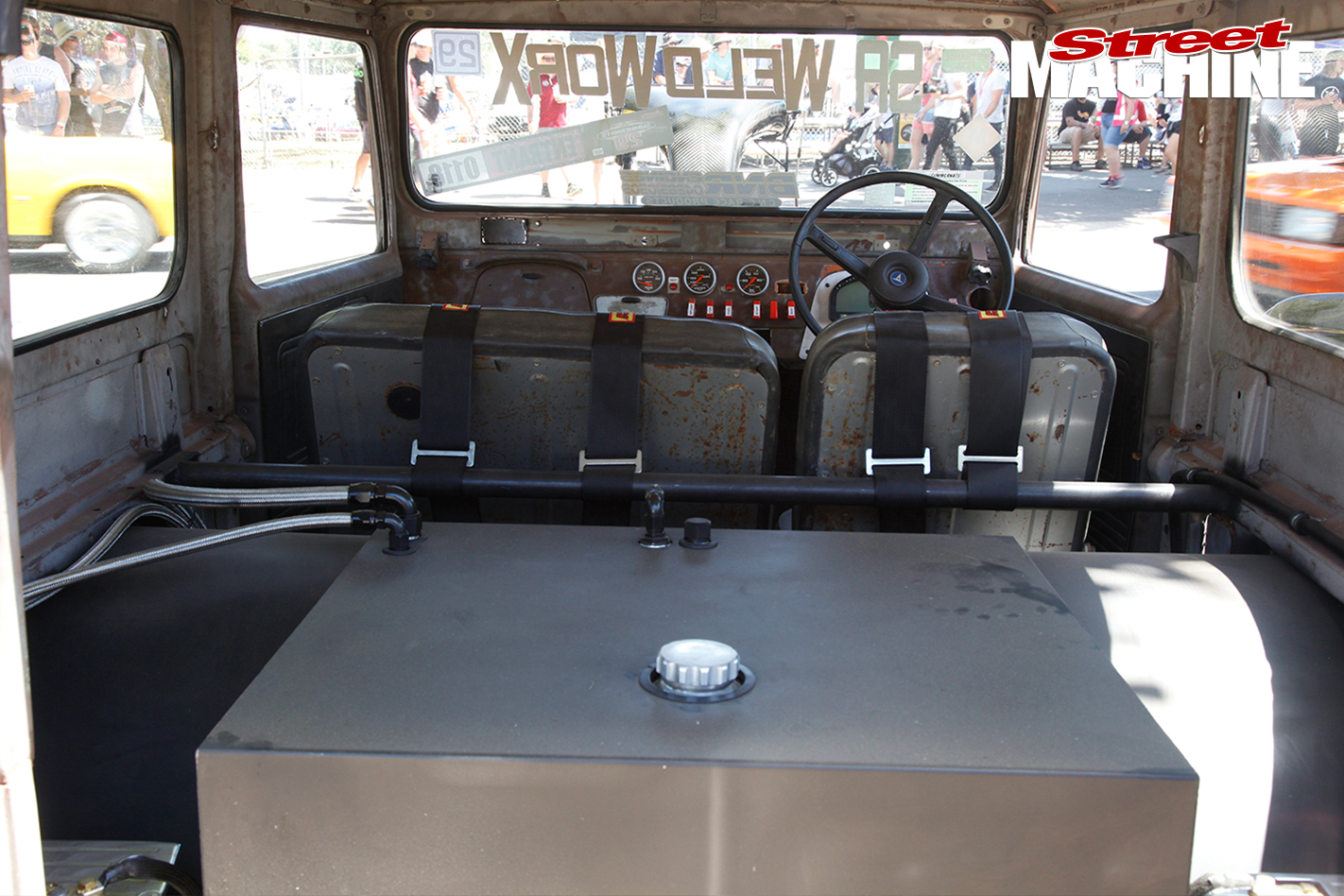 Street Machine Summernats 29 was his first time out but didn’t got exactly to plan.

“I had a bit of a tyre fire, so the fireys came out,” he lamented. “It didn’t click back into gear properly and when I put my foot into it — because it’s a 1200hp engine — it banged up on the limiter really quick and popped the burst panel.” 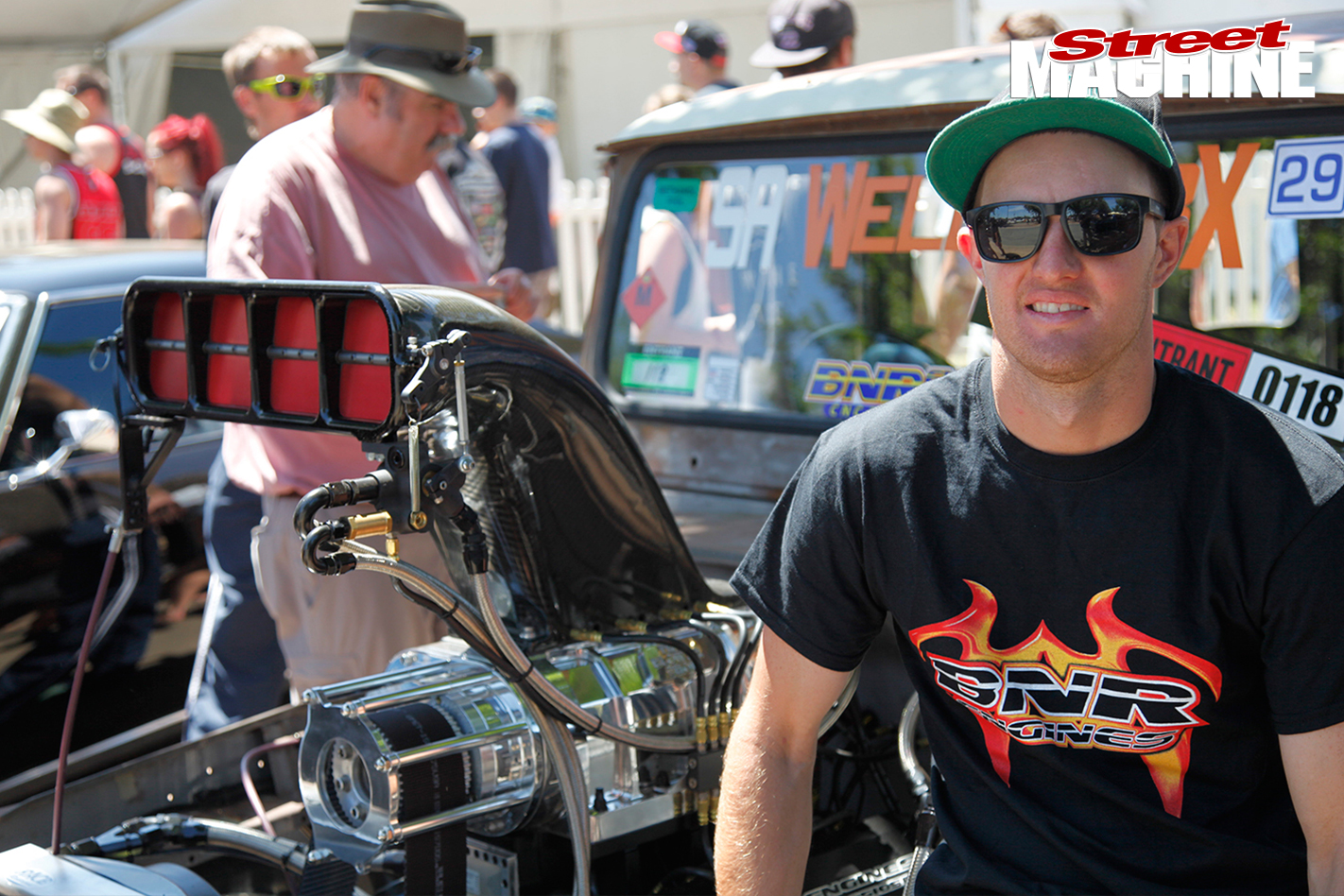 Since then, Tom has been getting seat time at Murray Bridge and UBC Ballarat, with his next competition Gazzanats Darwin, July 2-3. 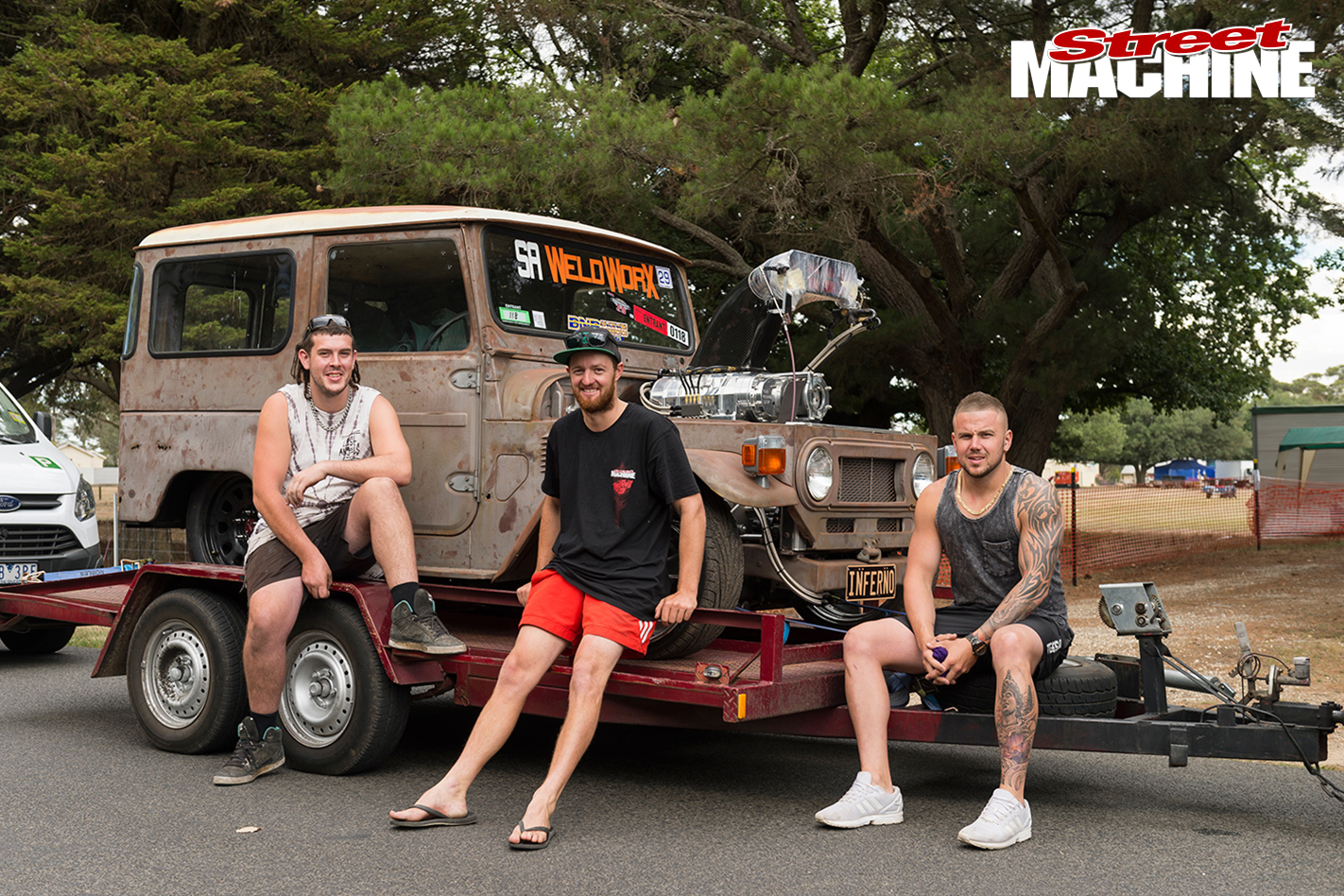 And despite the ratty looks, the entire body of the F40 (bar the roof) was blasted back to bare metal, and it’s actually in pretty good shape. Tom thinks he might scuff it all back to a nice even finish and then clear it and repaint the roof in a nice glossy white. 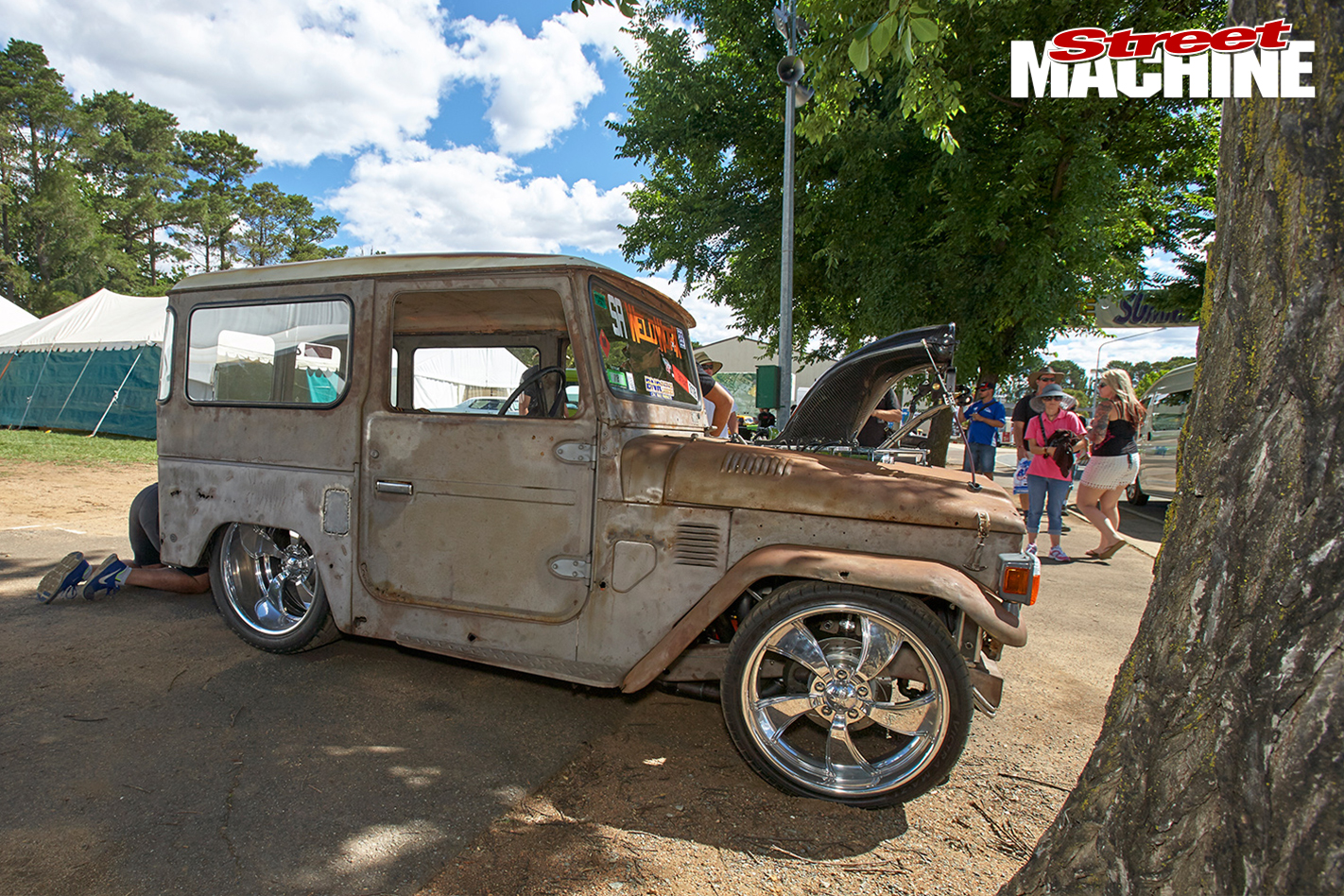