HERE at Street Machine we have a bit of an affinity for the Suzuki Mighty Boy. Editor Telfo loves weird little Japanese cars, and the Mighty Boy is right at the top of the pile. In fact, he almost bought one at a Shannons auction a couple of weeks ago. So you could imagine his excitement when he stumbled across this four-wheel-drive Mighty Boy advertised for sale on Facebook by Mark Lambert from Wagga Wagga. Built around 10 years ago, a whole lot of love went into creating this little monster over a two-year period, and it even has an interesting early-2000s show history. It sits on a smoothed, ground and powdercoated short-wheelbase 4WD Suzuki Sierra chassis; the builder put a lot of effort into making sure it presented well. Power was also of high importance, so the one-litre engine was treated to a Wade regrind cam and head port for higher comp, while a custom exhaust was also added to help spice it up. 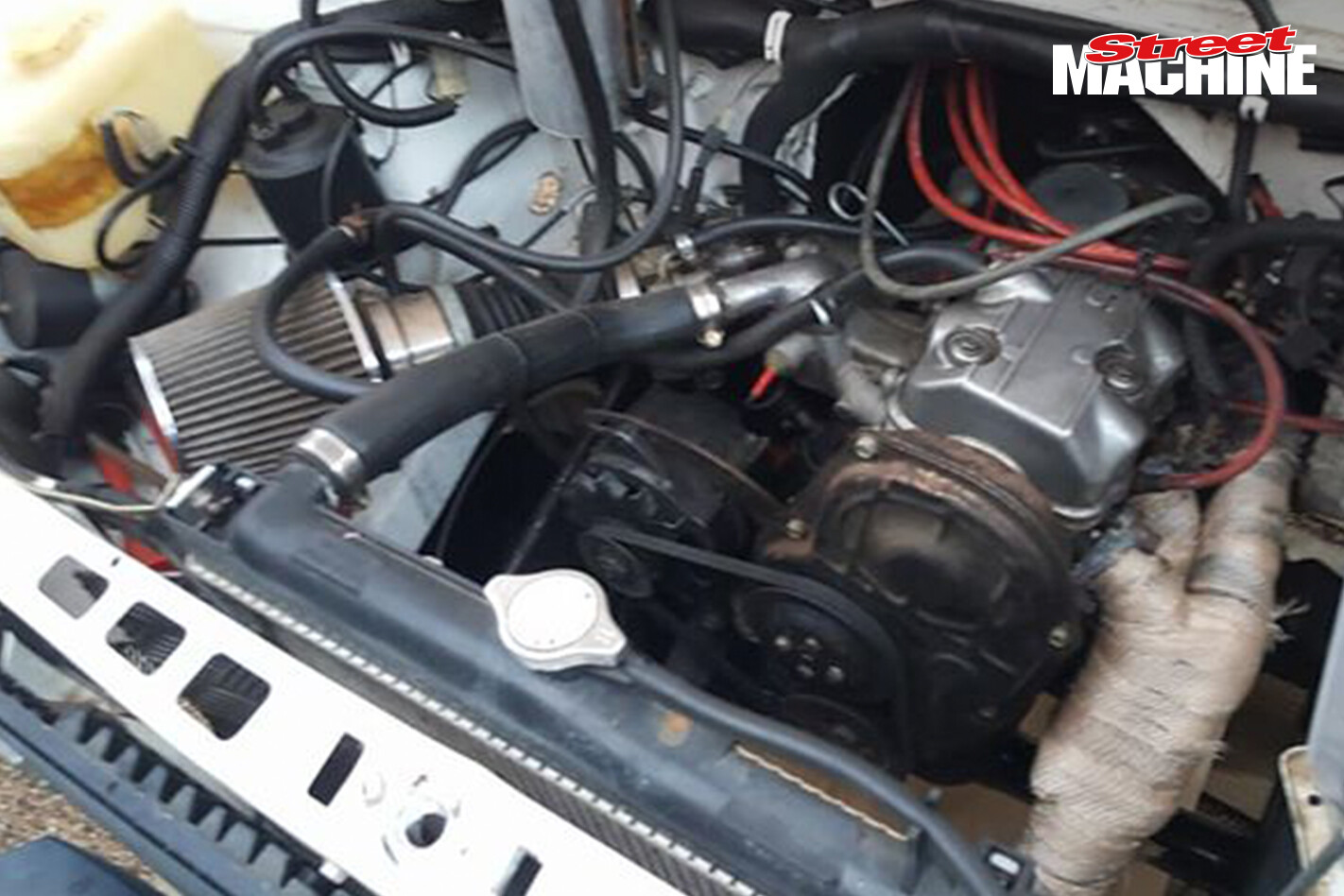 From there the shell had a full bare-metal respray and customised Torana A9X flares fitted to the wheelarches. Everything underneath was either painted or powdercoated. It’s a surprisingly high-quality build, and it’s been fully engineered and is road-legal in New South Wales. Would you believe that it even made the Top 60 Elite Hall at Street Machine Summernats 21? And the following year at ’Nats 22 it scored the gong for Top Street Exhibition! After it was shown it served as Mark’s daily driver, so it’s a little worse for wear now, but he reckons it’ll still polish up. It just needs a little TLC and some oil leaks patched up, then Bob’s your uncle! Mark is chasing $8000 for it; for more information check out the ad on Facebook.