FANCY a custom Chevy Nova built by one of the best in the business, and for less than the cost of a weekly grocery shop? Well, thanks to the boys at Customs 4 Cancer, you can win exactly that, and it’s all for a ripping cause.

For just 25 bucks a ticket, Customs 4 Cancer is raffling off a 1970 Chevy Nova hand-built by Cooper Zahabi, the son of legendary car crafter and owner of Rides By Kam, Rob Zahabi. The car scored a feature in the November 2019 issue of SM and wowed the crowds at Street Machine Summernats 32, scoring 2nd Top Coupe in the elite judging. It’s a stunning ride, making it the perfect launchpad for the Customs 4 Cancer crew to get their new initiative off the ground.

Started by good mates Ned Restom, Deane Poile and Adam Barnes, Customs 4 Cancer aims to raise over one million dollars for the Cancer Council by raffling off custom cars and bikes. Adam Barnes has had a fair bit to do with street machining over the years, and told us why this is such an important cause for him: “It all started when Ned got cancer, and all three of us have lost people close to us as a result of cancer, so we wanted to try and make a difference,” he says. “I lost my grandfather, my uncle and more recently two close mates to cancer, so the potential for us to raise a lot of money for the Cancer Council and using my passion to do so is awesome.”

With the help of the Cancer Council, the boys have already rallied plenty of support for the Nova giveaway. Former footy superstars Tim Mannah and Mark Geyer are on board, as well as pro boxer Billy Dib and singer, songwriter and actor Johnny Ruffo, who is himself a cancer survivor. “It’s great to have so much support from well-known people like this; it shows how cancer affects everyone and doesn’t discriminate,” says Adam. “The Cancer Council is also very excited about it; it’s a different avenue and they’ve never done anything like this before.”

The only major change to the Nova since it left Cooper’s hands is a conversion from the manual Tremec T56 ’box to a Turbo 400 auto behind the glorious 468ci big-block Chev, so the winner will be able to steer it with ease. “It’s such a nice car,” says Adam. “I’ve driven it around a little bit, and the looks it gets compared to my HT Monaro is pretty nuts – everyone’s giving me thumbs-up and asking about the car, which is exactly what we want to get our message out there,” he says.

While COVID-19 does somewhat hamper the boys’ ability to get the Nova out and into the public, they will have it front and centre at Summernats Slam at Sydney Dragway on 8-10 January next year. “We’re also planning on doing a quarantine cruise of some sort with a whole bunch of cool cars, so even without many events happening, we can still get out there, which is really good for the street machining scene as a whole,” Adam says. 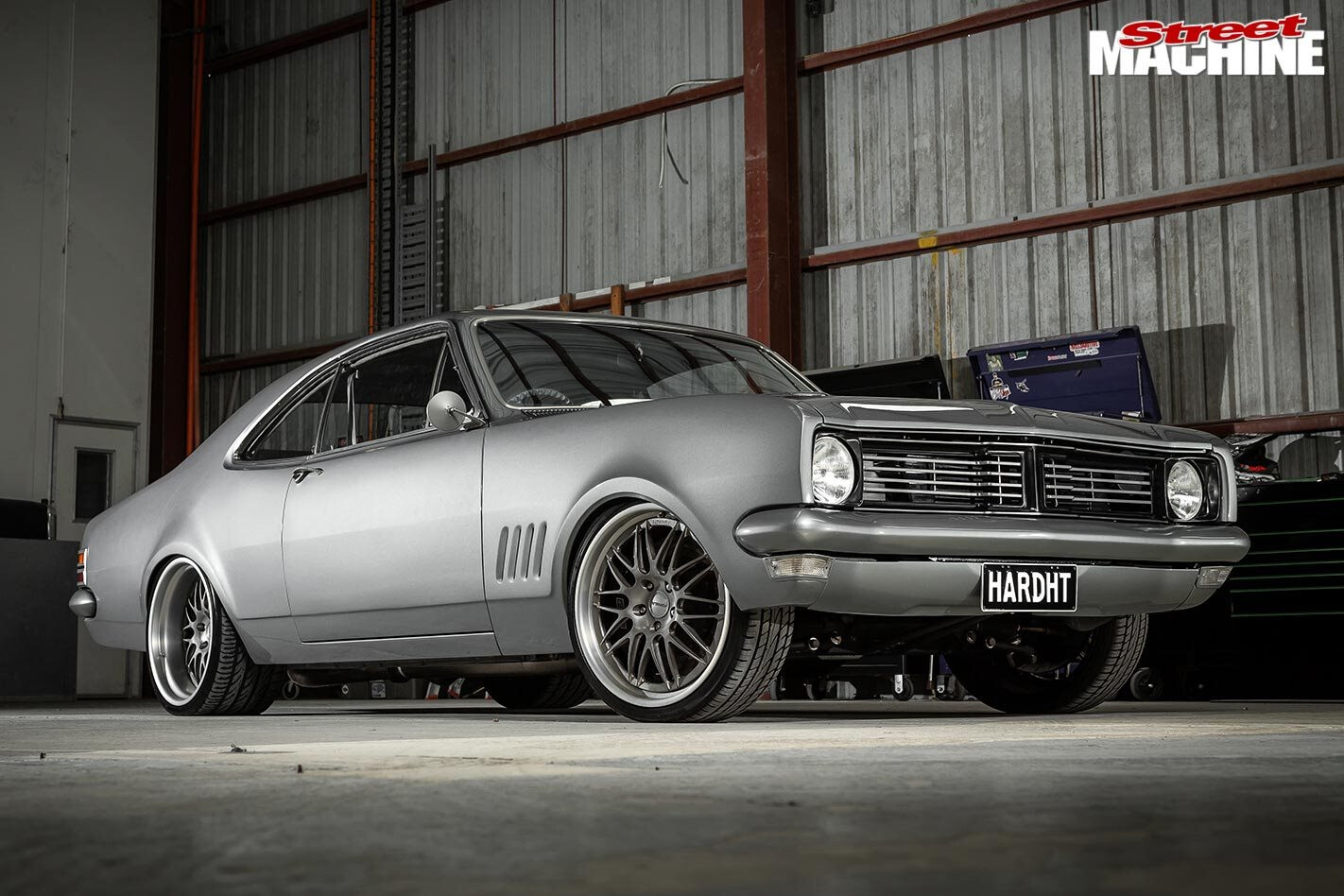 This isn’t the first time we've featured Adam Barnes. His ballsy HARDHT Monaro made an appearance in the August 2010 issue of SM with a turbo-fed 440ci LSX, which was a big deal a decade ago. “It hasn’t changed a whole lot since then,” he says. “I’ve just been driving it around, getting stone chips on it and enjoying it”

The raffle is open now and will run until 4 February next year, when the winner will be drawn on World Cancer Day. You can find out more about this great cause and buy tickets at raffle4cancercouncil.com.au.

The men behind Customs 4 Cancer are residential designer Deane Poile (left), dental surgeon Ned Restom (middle) and building and design business owner Adam Barnes (right). All three have had their lives significantly affected by cancer in some way; Ned is currently in remission