IF YOU thought the Dodge Hellcat was crazy with 707hp and 650lb-ft, then hold on to your hats, because Dodge is about to take things to the next level with the Challenger SRT Demon, which is tipped to have even more power.

They’ve even created a new website, www.ifyouknowyouknow.com, to trickle out information about the new Demon over the next few months, with a new video due every week until the ultimate reveal at the New York International Auto Show in April.

So what do we actually know at the moment? Well not a lot, but Tim Kuniskis, Head of Passenger Car Brands – Dodge, SRT, Chrysler and Fiat, FCA North America, has already stated that the car will be aimed at enthusiasts wanting the ultimate in track performance. Given that Dodge already has the very capable Viper for those who like to go around corners, it’s not a major leap to suggest that the Demon is aimed purely at straight-line performance.

The first teaser video, Cage, gives little away, but there are a couple of hints in there. The video depicts a ‘Hellcat’ (get it?) being transported in a cage – towed by a Dodge Ram, naturally – to a straight section of road with a marked start and finish line. The reflection of the ‘Hellcat’ in the mirrored sunglasses shows a Dodge Challenger with what appears to be dual headlight intakes instead of the single intake on the current Hellcat. Then a dark hooded figure strikes the startline with a staff bearing the Dodge pennant and the ‘Hellcat’ is released. 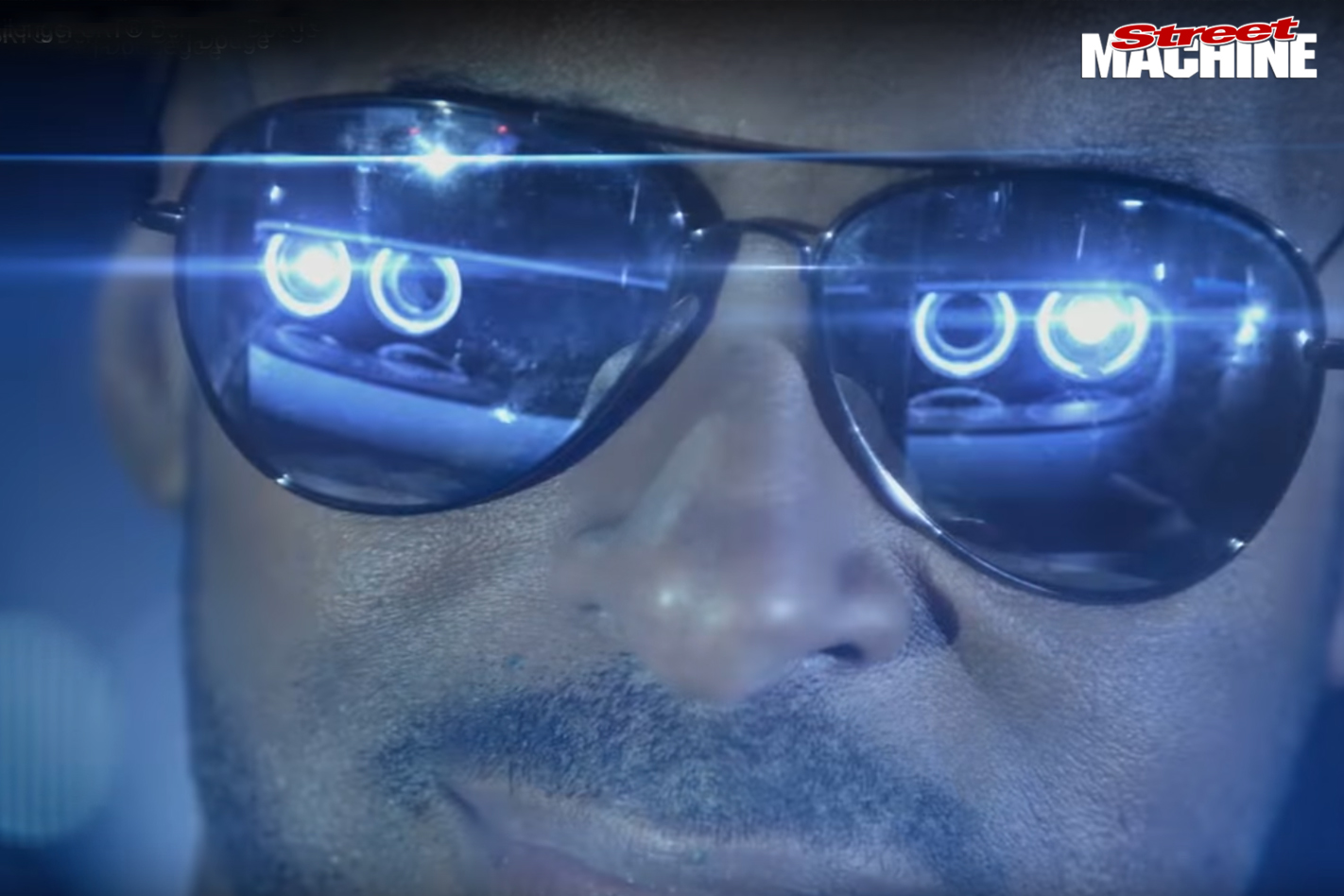 Now this is where things get really interesting. The ‘Hellcat’ saunters forth through a bunch of rats – are they supposed to indicate big-block Chevs? – to the startline where a fuel container lies waiting. The ‘Hellcat’ bites into it to drink the ‘green fuel’ within and then tosses the spent container aside, and we think this ‘green fuel’ is the most important aspect of this video. After drinking the fuel the ‘Hellcat’ becomes icy cold before hardening into a chrysalis, with Metallica playing in the background (what did that cost?), and then the chrysalis explodes to reveal a yellow-eyed demon.

When talking green energy and performance fuels there’s only one name in the game and that’s E85 – something the current Dodge Hellcat isn’t able to utilise in standard form. We all know how good E85 works with supercharged and turbocharged engines, so it may be that Dodge engineers are planning to fuel their new Demon with E85. US tuners are already seeing 750rwhp with standard Hellcats converted to E85 (with a new fuel pump, injectors and ECU tweaks) and up to 870rwhp on Hellcats with pulley upgrades; that also tends to require a new, stronger driveshaft as well. So what horsepower we expect to see from the Challenger SRT Demon is anyone’s guess, but we’re tipping in the vicinity of 800-plus.

This isn’t the first time Dodge has used the Demon name. Back in 1971 the Dodge Demon 340 was top of the line in Dodge’s new small block-powered compacts, which gradually replaced the ageing Dart Swinger. The Demon nameplate lasted two years before pressure from religious groups saw it renamed the Dart Sport 340. It’ll be interesting to see how those same groups react to Dodge’s newest Demon.

There was also a Viper-esque Dodge Demon concept convertible built way back in 2007, but that’s probably best forgotten.

Check out the video above to watch Cage, and take a look at Dodge’s website www.ifyouknowyouknow.com to see the countdown for the next video, which should drop in just a few days. Or just stick around; we’ll see what we can make of the next 11 planned video releases and share our thoughts. Whatever Dodge unveils in New York, we’re sure it will be amazing. They’re certainly tipping some money into the promotion. 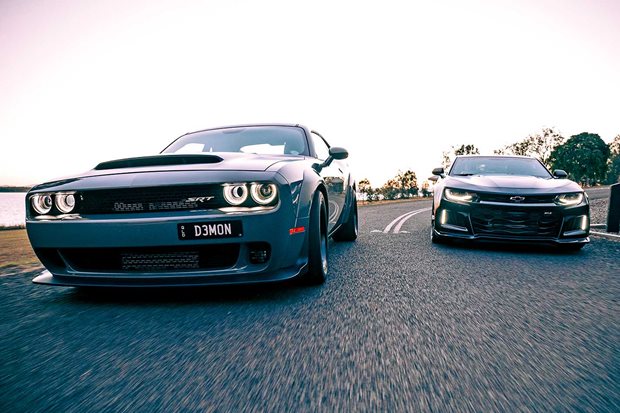