A GREAT mix of classic Australian and American offerings – along with some intriguing odd-ball stuff – is up for grabs at Lloyds May Classic, Muscle & Barn Finds Auto Auction, but the clock is ticking! The auction wraps up on Saturday 27 May at midday, so if you’d like to be the new owner of a genuine ex-Dick Johnson race car, you’d better get your skates on! 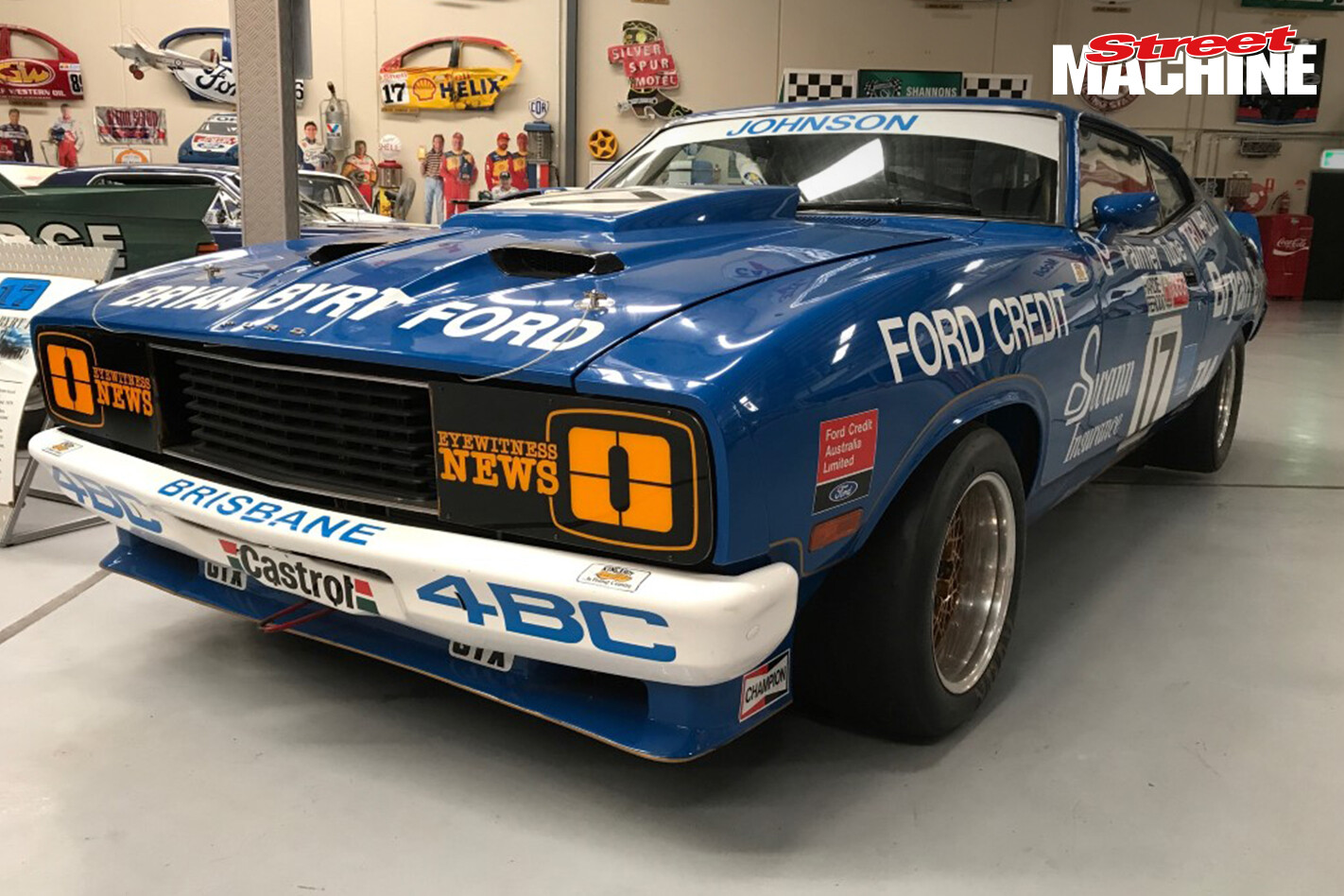 Genuine ex-race cars from the golden era of Australian motorsport are rarely offered; particularly one with such an iconic name as Dick Johnson associated with it. Dick campaigned this Bryan Byrt Ford XC hardtop in the 1978 and ’79 Australian Touring Car Championship, and at Bathurst. The car comes with Dick’s race suit and helmet, as well as his moniker etched on the glovebox lid. What a unique opportunity! 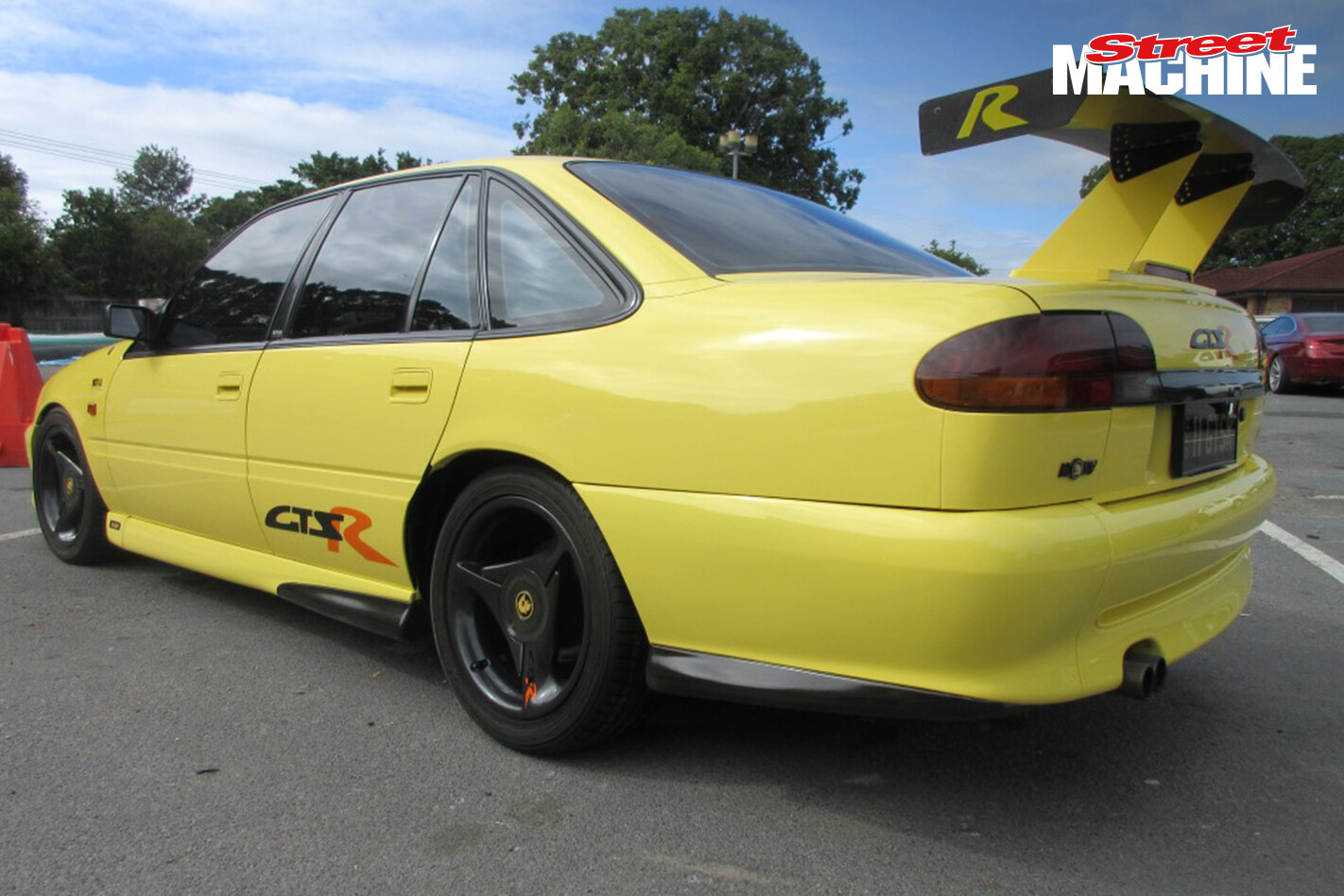 With all the hype surrounding the latest, greatest and last Australian-built HSV – the GTS-R W1 – what better time to grab an original GTS-R to sit in the shed? This example is build number 11, and is being offered for sale with a framed jacket and HSV compendium. Early Monaros have been fetching tidy sums in recent times, so it will be interesting to see what this HK goes for. In full GTS livery and fitted with a rebuilt 327ci small-block Chev, it comes with the original matching-numbers 307-cuber, which has also been treated to a freshen-up. In retina-searing Yellow Blaze, this XB GT looks to be a very neat example of a valuable and desirable muscle car. With power windows and air-con, it would be a pleasure to own and drive, too. HK/T/G Holdens are all the rage at the moment, and this gorgeous Cascade Green HG Kingswood is a real pearler. Powered by a 186 and with bench seats front and rear, we’d slam it and fit a NASCO sunvisor, then cruise it to the local for a countery. If you’re looking for a ride with plenty of old-school cool but can’t afford a $300,000 Monaro, why not consider this little piece of Pommy beautness? The shapely little six-pot ’61 Vauxhall Cresta looks to be in great shape, and represents outstanding value. 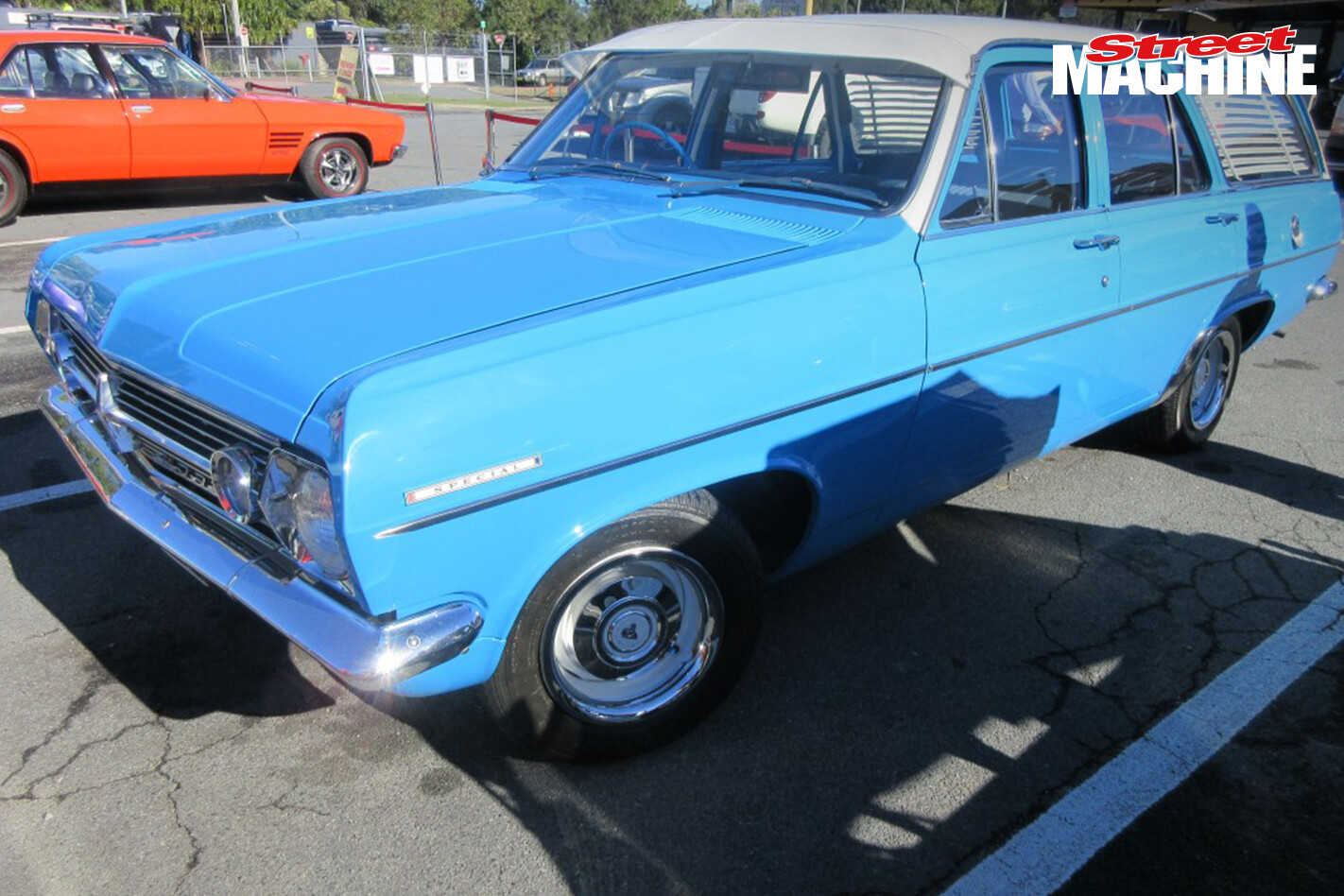 Early bidding suggests that this ’67 HR wagon could be a real value buy. Having undergone a recent resto, it features a handful of upgrades including retractable seatbelts, an electronic dizzy and power brakes. A beaut little Sunday cruiser if ever we saw one. This XB Falcon ute looks like a bit of a toughie, and has been fitted with a bunch of XA GT parts. The team at Lloyds tell us the rear end is a 4.11-geared nine-inch, and that the car has been modified to accept seriously wide rubber under the bum, while the engine is a 2V 351ci Clevo. This V8-powered Holden one-tonner looks like a great foundation for a project. With a distinct B&S flavour it definitely needs some love, but sitting at just $2420 within 24 hours from the conclusion of the auction, it could be a great-value Aussie classic. 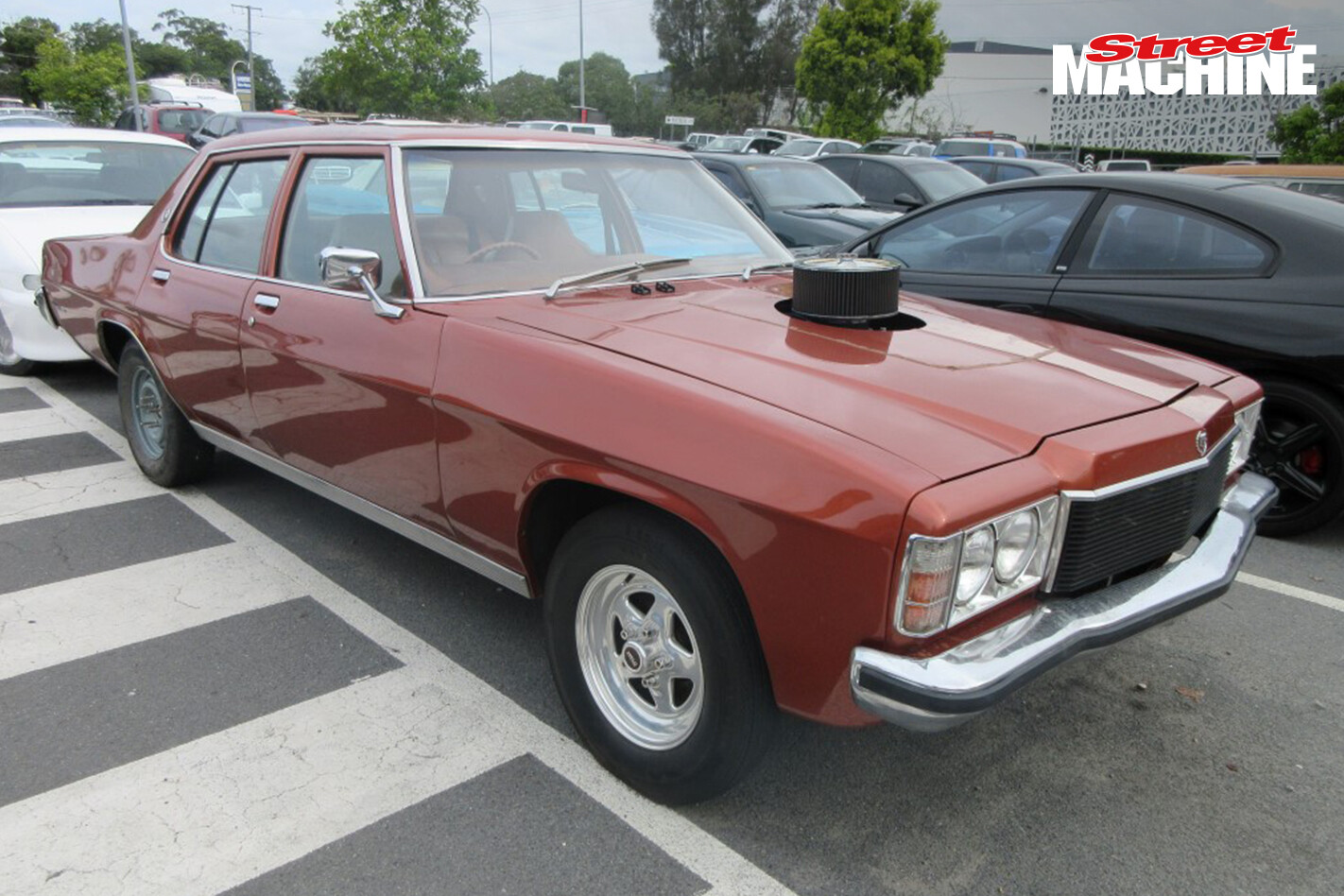 This Stato is a bit of a hot rod, so we thought it might pique your interest! The team at Lloyds tells us it’s packing a solid-cammed, World-headed small-block, backed by a tricked-up Powerglide and a 31-spline nine-inch. We were always taught that if we didn’t have anything nice to say then we shouldn’t say anything at all, so we have no words to describe this ’97 Mitsubishi FTO, which has been creatively reimagined to vaguely resemble a Porsche 356. 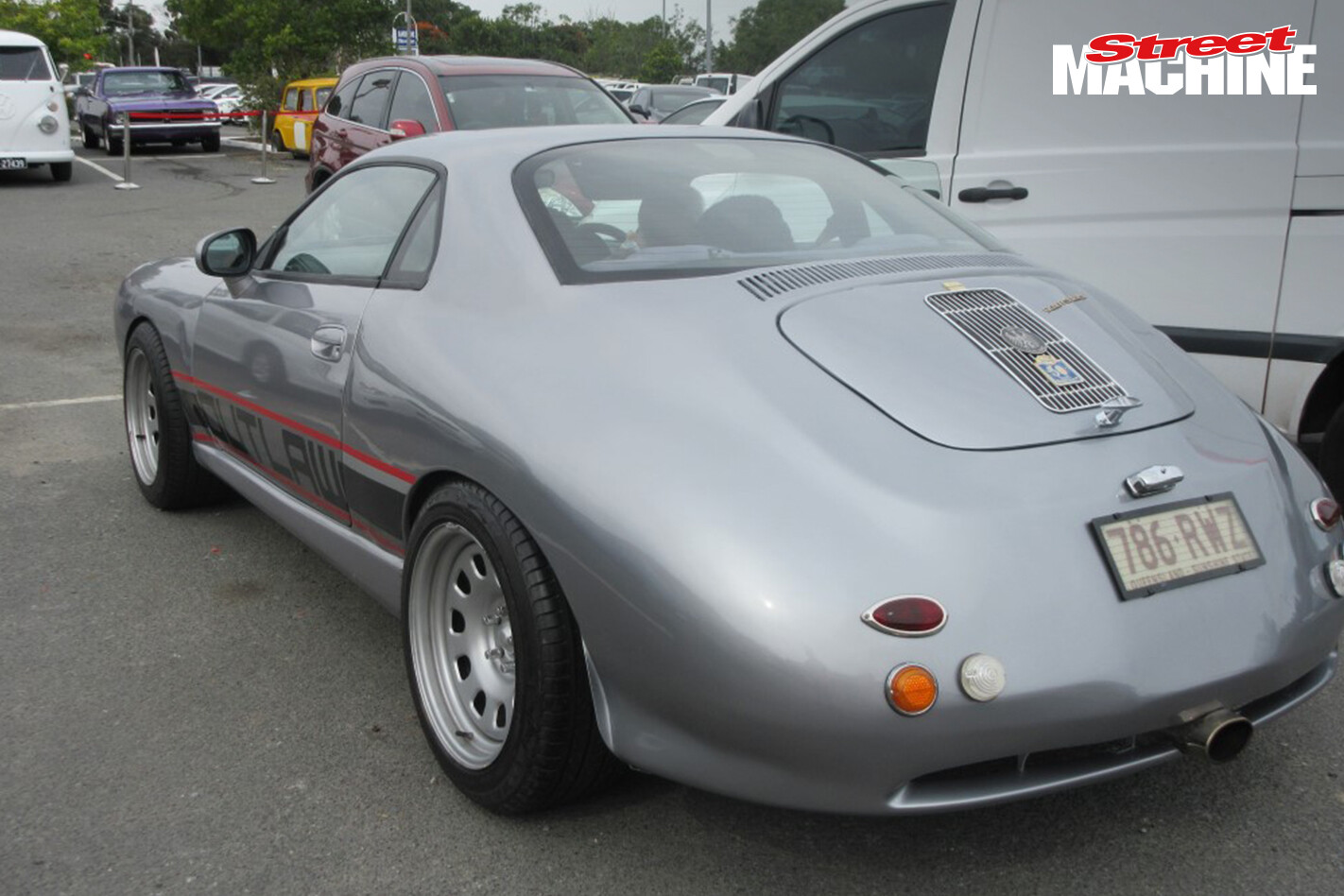