THE September issue of Street Machine is on sale now, jam-packed with the usual awesome feature cars, plus all the action from Meguiar’s MotorEx Melbourne, Gazzanats Darwin, our Street Machine Of The Year contenders revealed, plus much more! 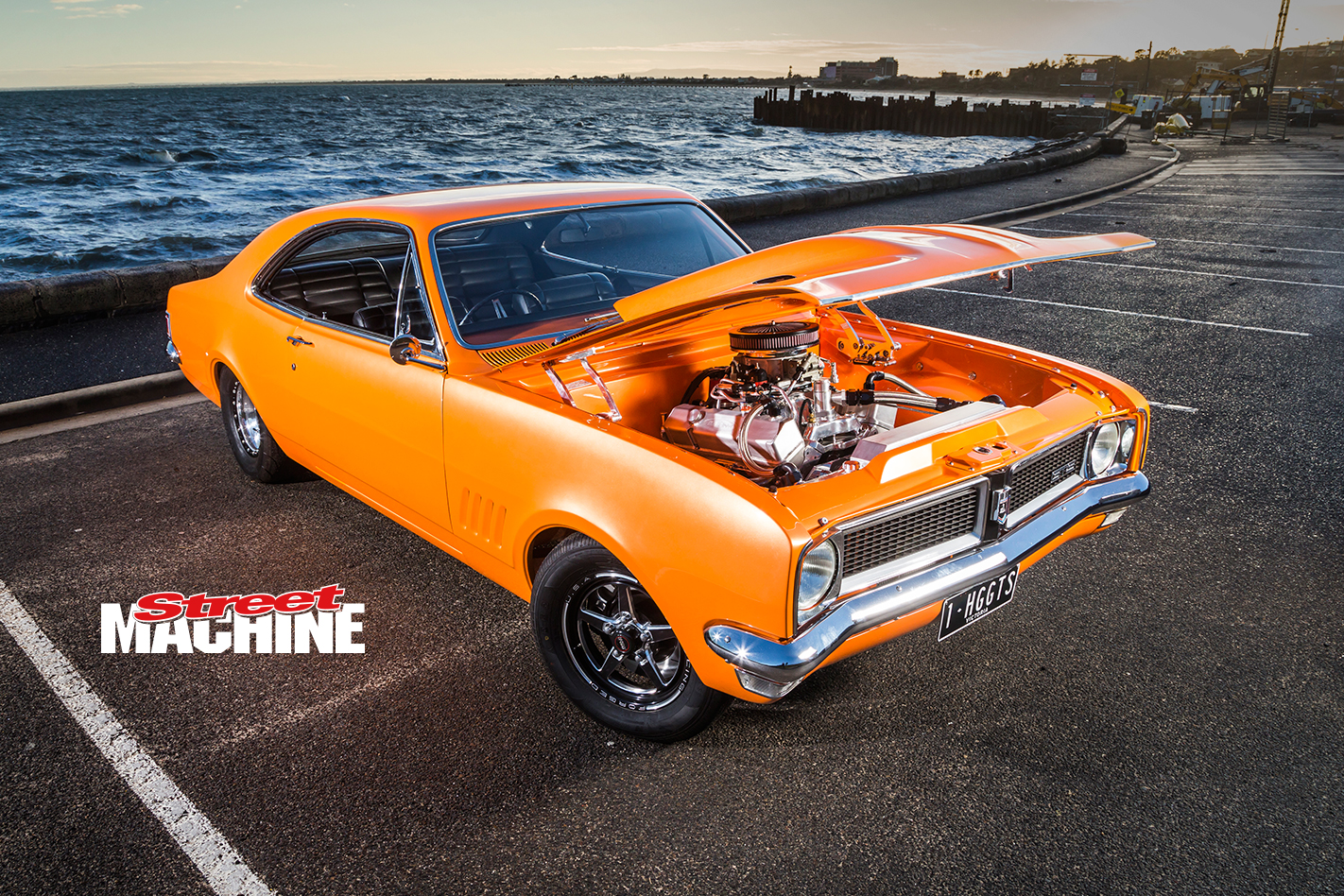 On the cover of this month’s mag is Joel Lambert’s smoking-hot HG Monaro. It’s a tough streeter build that got out of hand and ended up being an elite-level masterpiece. Under the bonnet is a 441-cube small-block Chev with some nitrous assistance making around 900hp – it’s a screamer! 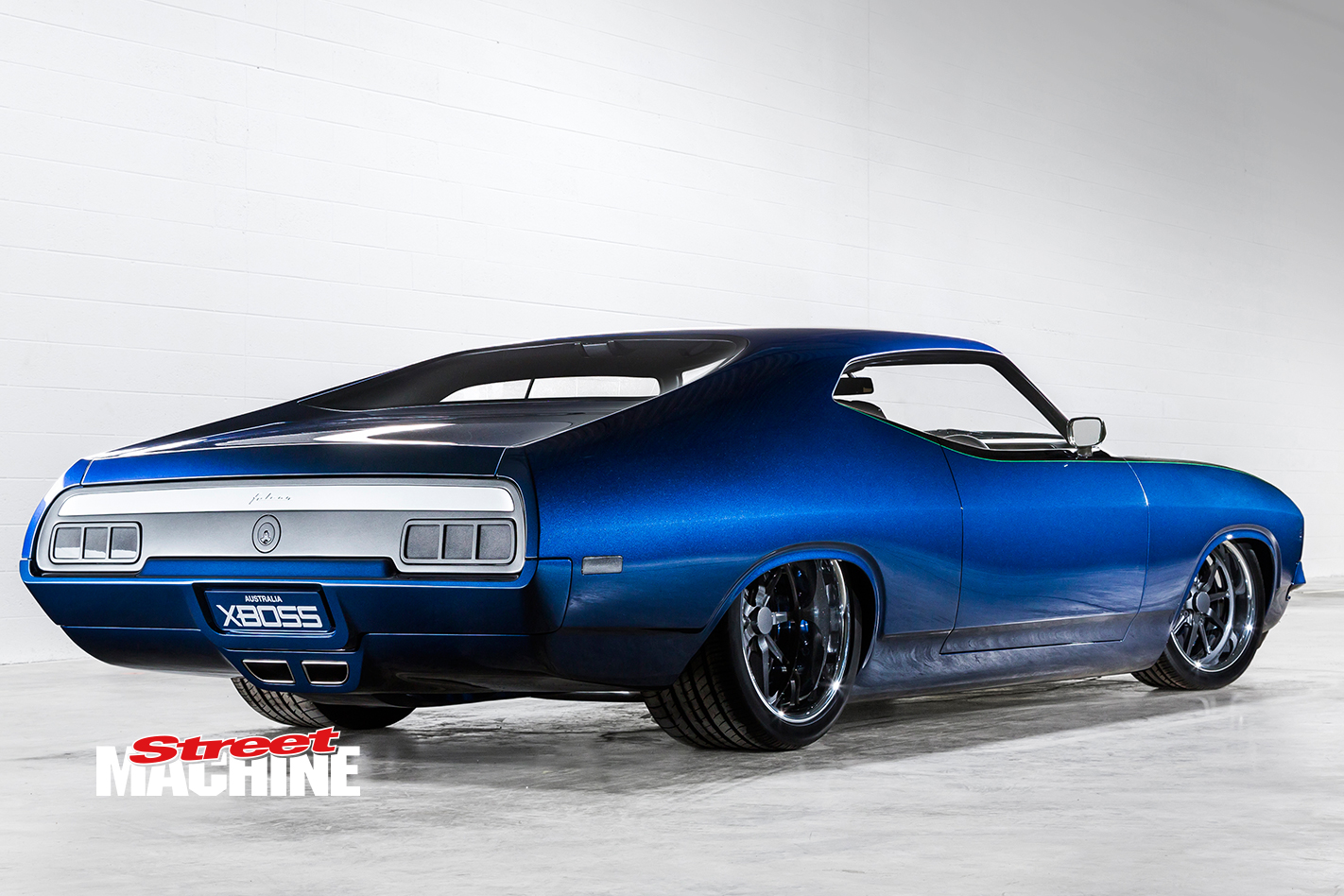 It’s Valvoline Street Machine Of The Year time again! We need your help to determine who will receive the famous SMOTY trophy and $20,000 cash. And just for voting, you could win a VIP trip for two to Street Machine Summernats 30! 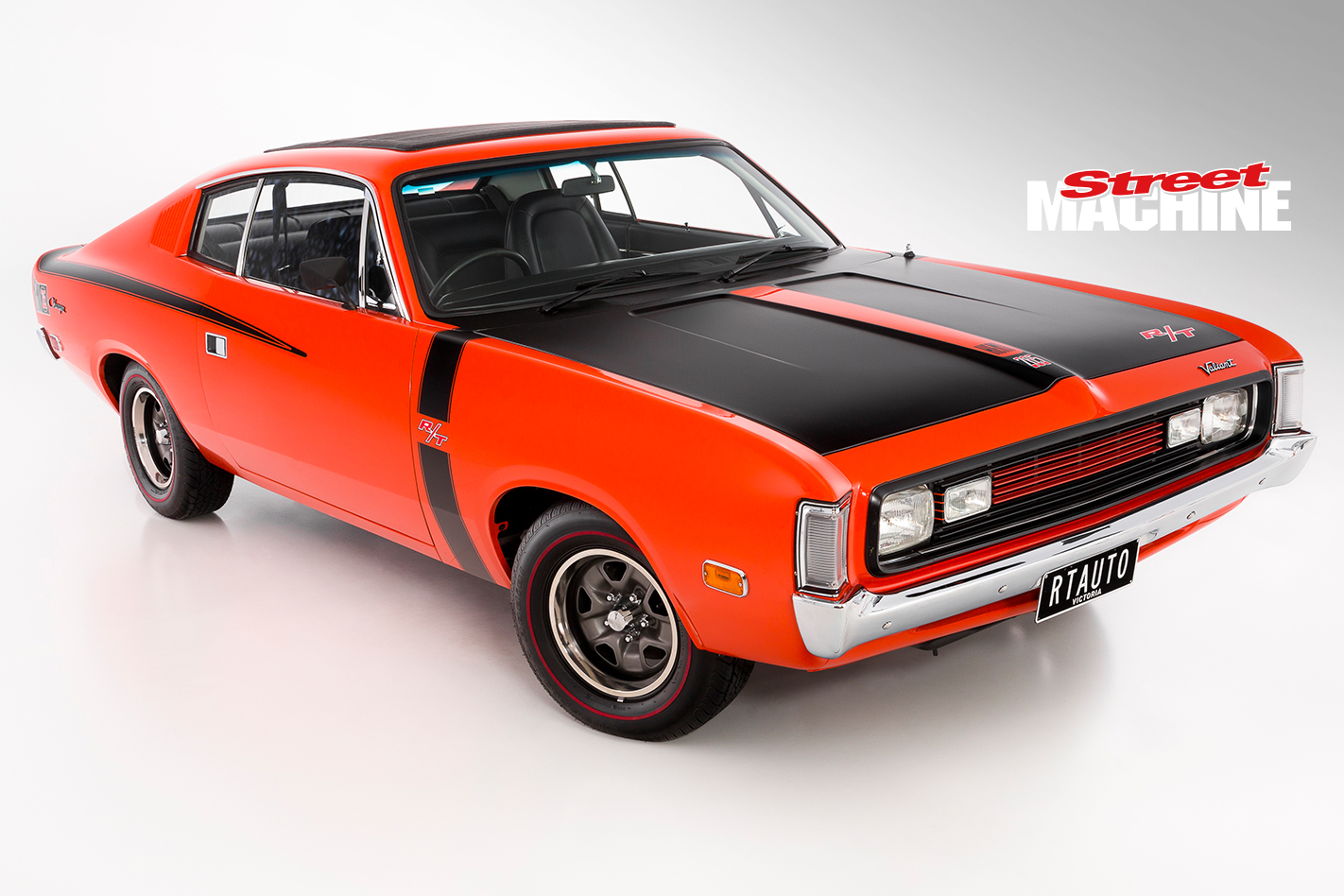 For our Mopar fans, we’ve got a feature on the only Valiant Charger R/T automatic ever made. Perfectly restored, this car really is one of a kind. 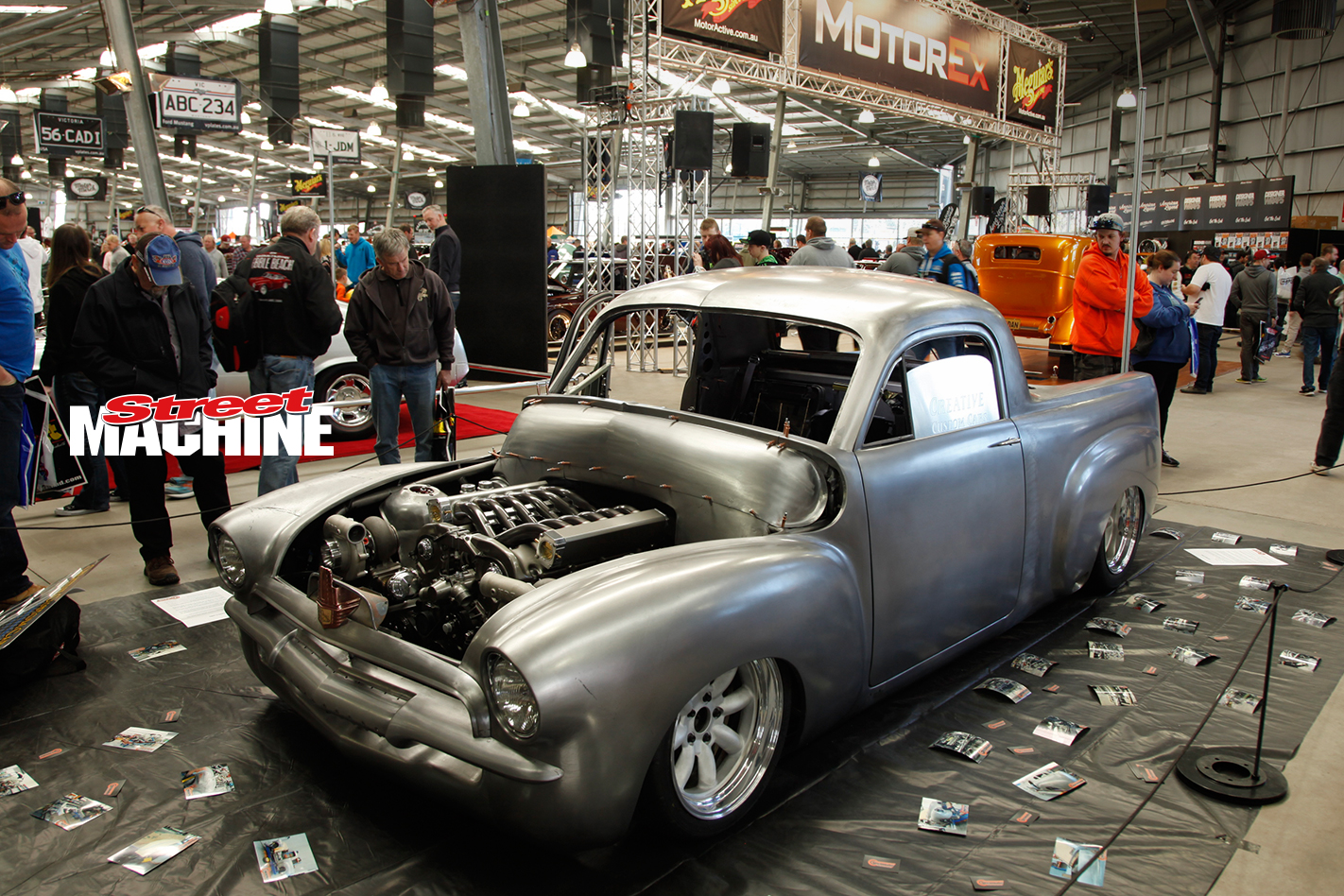 In this issue we check out MotorEx in Melbourne, where some of the best cars in the country were on show. A bunch of amazing rides were debuted, including this incredible FJ ute owned by Tony Morphett. The whole car has been widened with a custom chassis, BMW M5 suspension, and it’s powered by a 5.0-litre BMW V12. 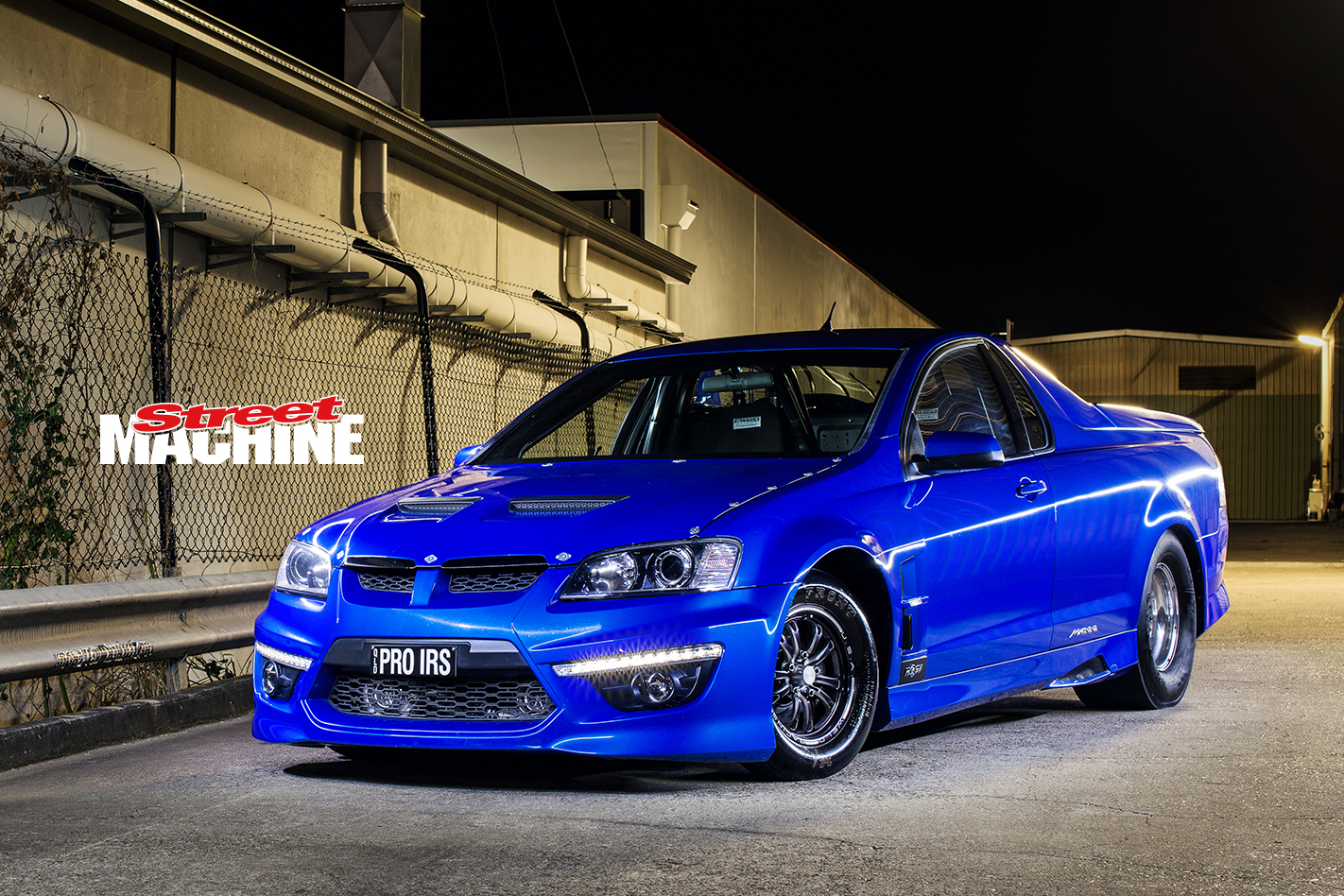 Michael Arnold’s VE HSV Maloo ute is the quickest IRS Commodore in Australia having run a 7.85, and no, it’s not powered by an LS motor! Michael prefers the earlier Chev small-block and runs a 400-cube unit with twin Precision 68/70 turbos, a combo that makes north of 1800hp on meth. The aim is to run a six eventually. 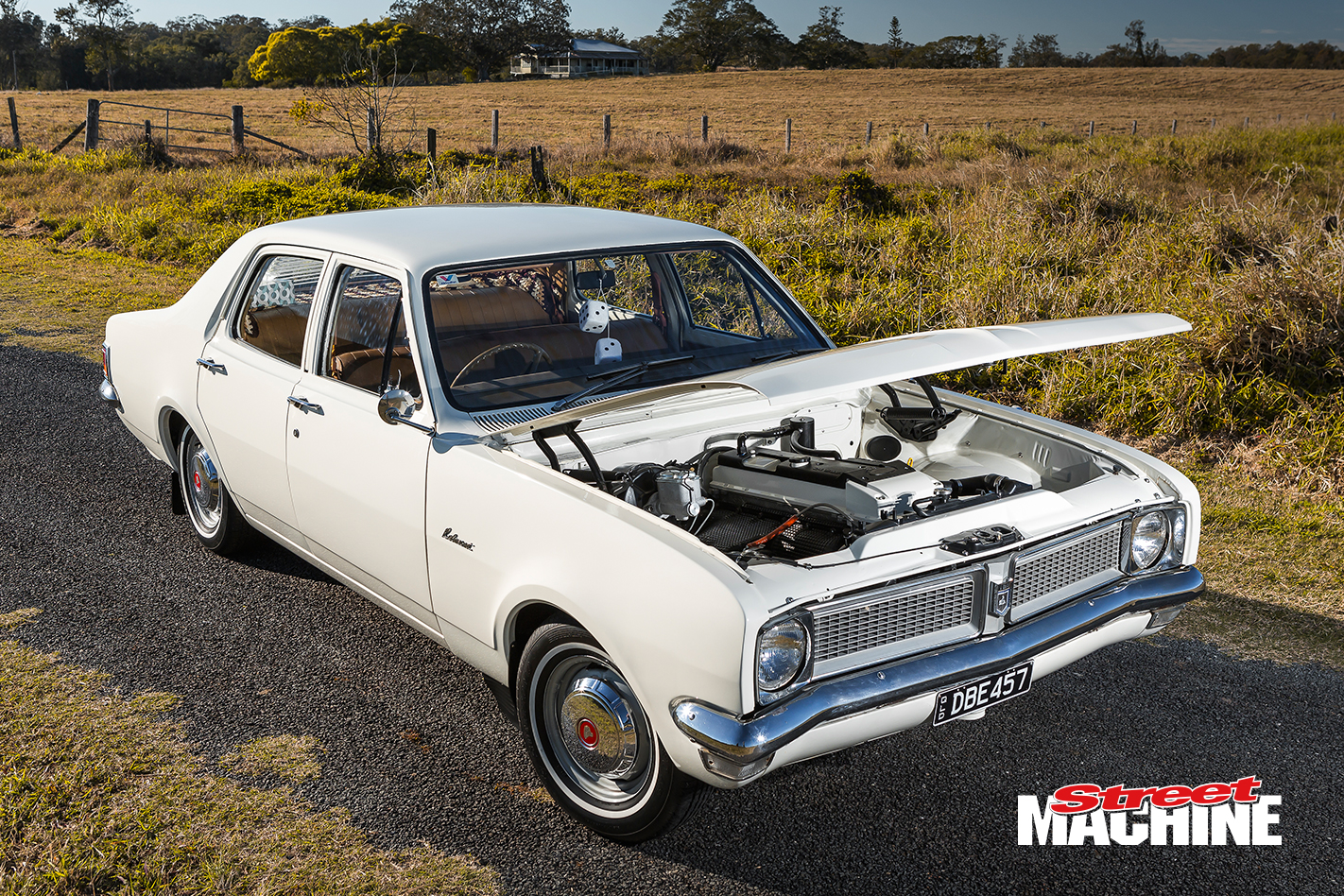 Glenn Watson’s Holden HG Belmont is bound to create controversy, and that’s because it’s powered by a Ford engine! He wanted to build a budget sleeper that would run 10s, so naturally he went with the turbo Barra six! 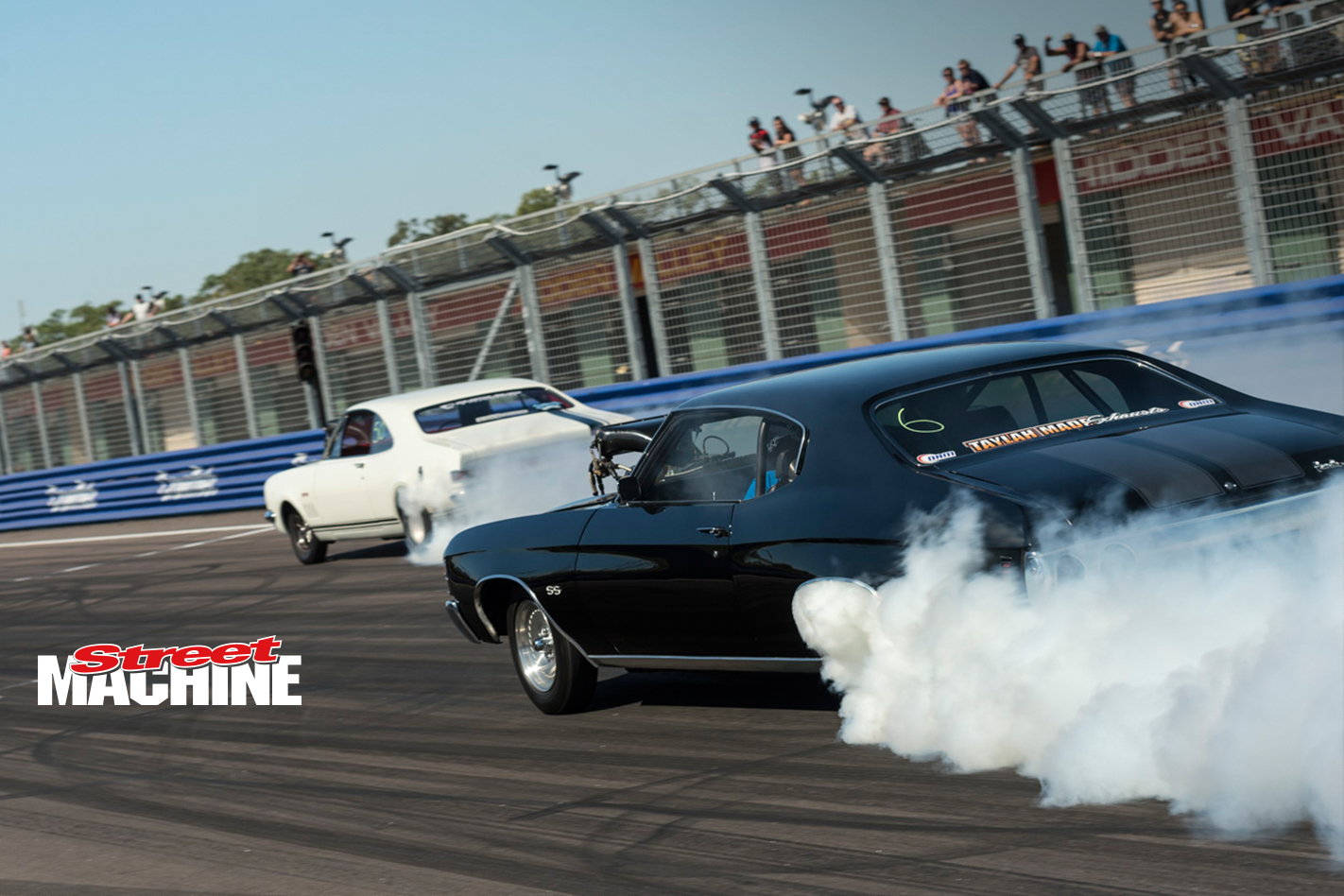 This month we’re in hot and sunny Darwin for Gazzanats NT, where the burnout brigade enjoyed a weekend of track cruising, powerskids, drag racing and of course, burnouts. Add in the legal fireworks and Darwin has never been so smoky! 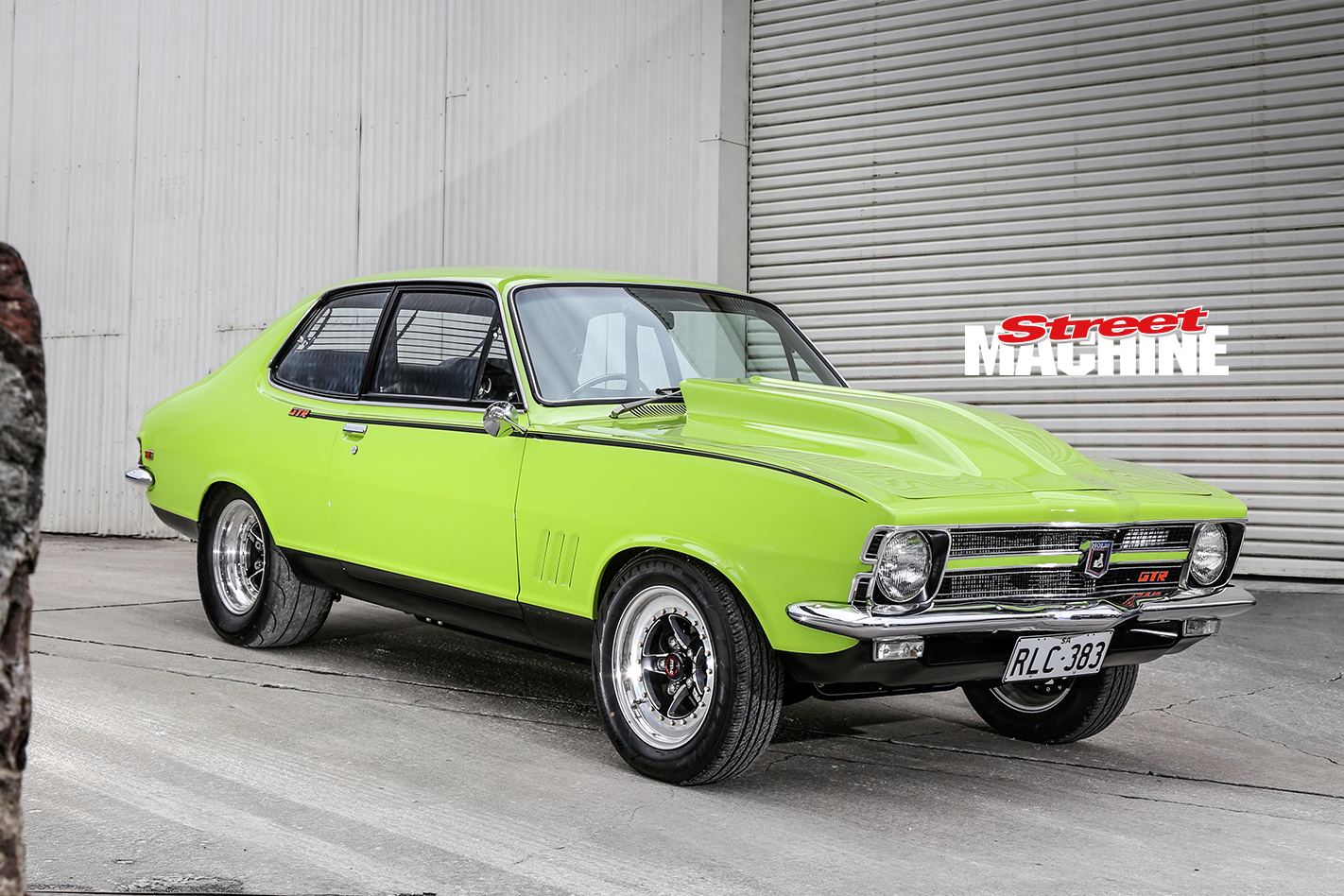 At 12 years old, Blake Evans bought this LC Torana for $5000; a decade later he’s 22 and has turned it into a jaw-dropping 10-second streeter. With a stinking-hot 383-cube Holden stroker motor under the bonnet, it has done a 10.51@131mph, and Blake only wants to go faster. 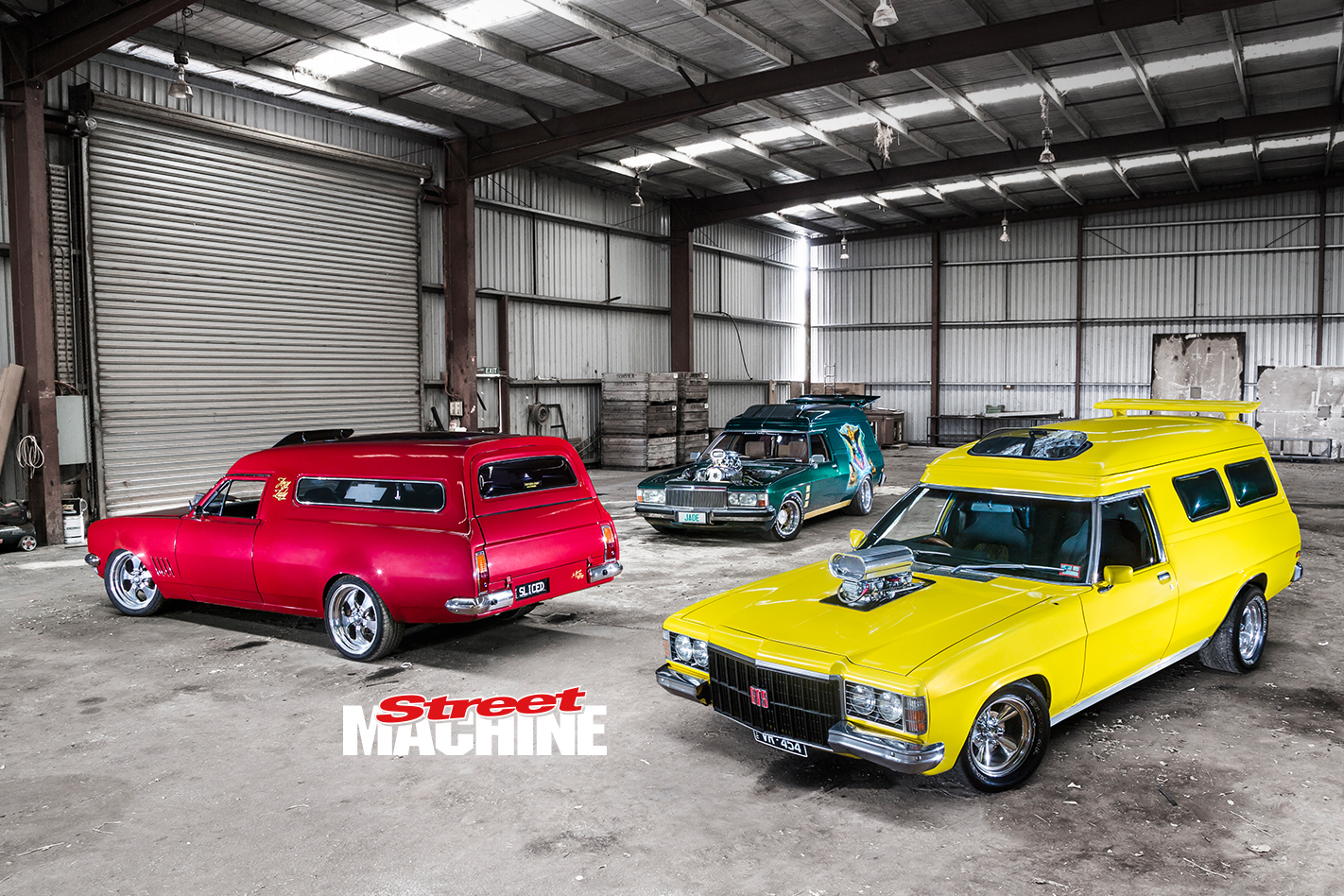 Step back in time as three of Australia’s most loved panel vans reunite after more than 30 years! Jade, Foxy Lady and Vanrat come together for this blast-from-the-past yarn. Jade is pretty much an unchanged survivor, Foxy Lady continued to develop as trends evolved and Vanrat is in the process of being returned to its former glory. 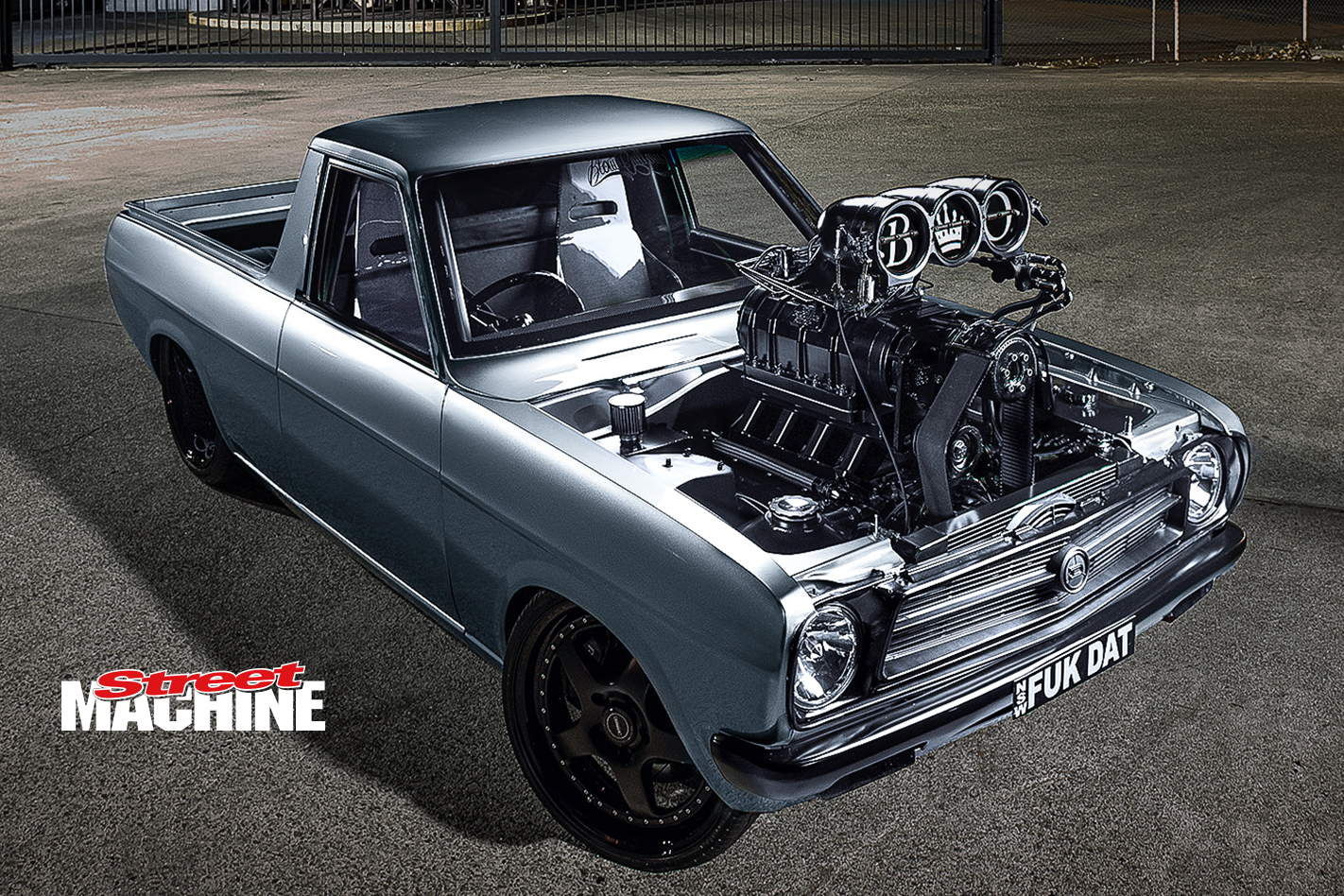 With a 1000hp blown and injected LS on board, Adam Ursino’s Datsun ute is one mental burnout beast. It’s not your typical smoke machine though; the finish of this car is insane, from the metalwork in the rear end to the engine bay and the interior decked out in carbonfibre. 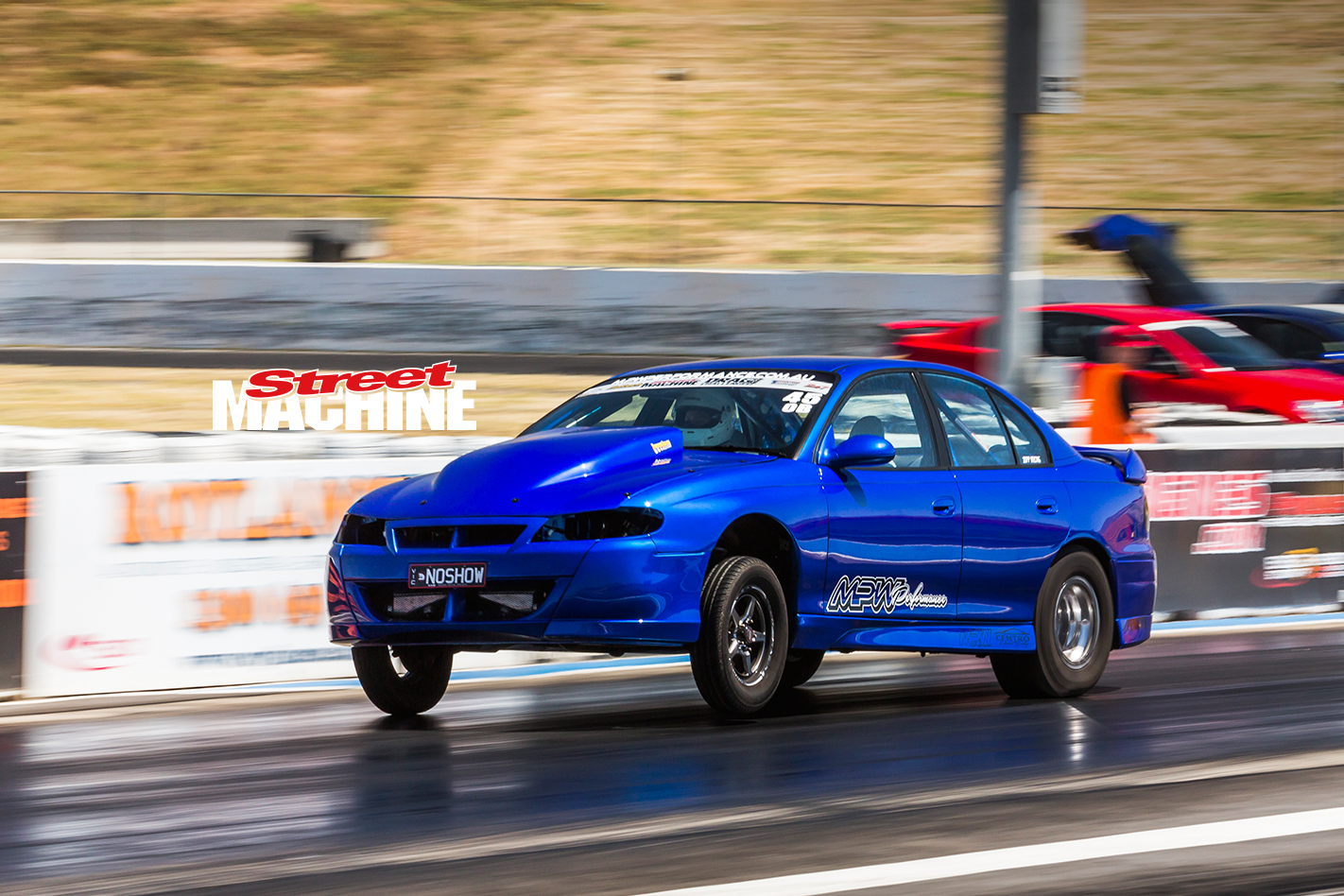 We’re getting ready for Street Machine Drag Challenge 2016! The entries for this year’s event have already closed and we’ve got over 100 cars taking on the five-track, five-day, 1500km epic. We take a look at some of this year’s quickest contenders.